Africa is a giant continent. By area, it’s the second largest. Surrounded by the Mediterranean Sea to the north and the Red Sea to the south, Africa is where our human story begins.

Though it is sometimes incorrectly referred to as a single country, Africa is home to 55 independent and unique countries.

Africa is bordered by many oceans, including the Indian Ocean to the east and the Atlantic Ocean to the west. It is water-locked on all sides.

Africa can be geographically divided into these groups: 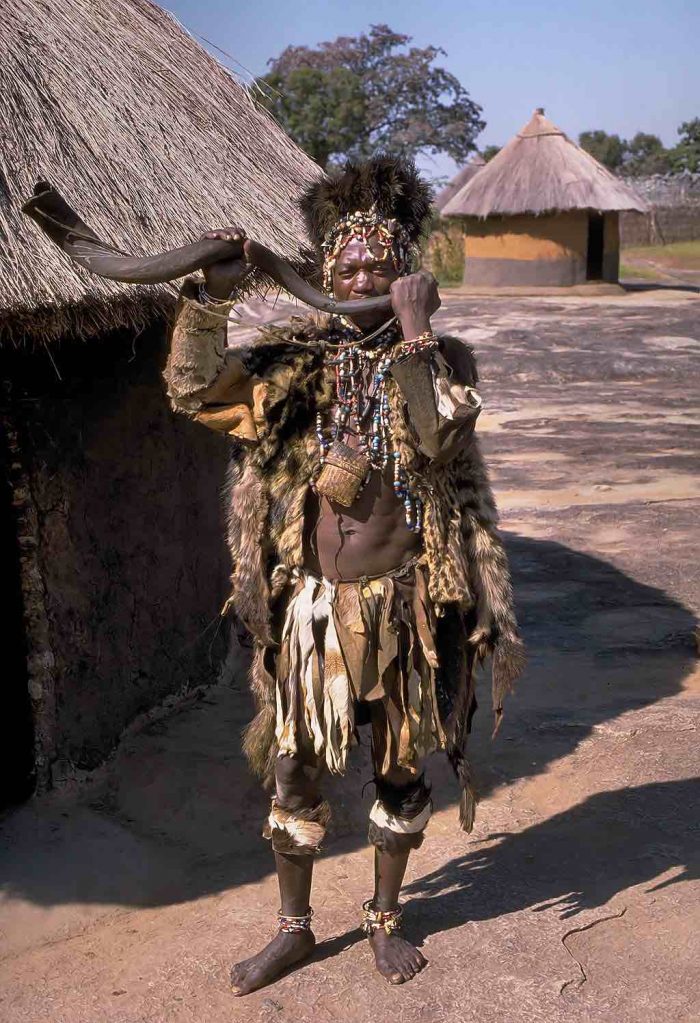 Northern Africa shares its border with the Mediterranean Sea. The equator divides the African continent in half and puts it in the tropical climate zone. Because of this, most of Northern Africa has a desert-type climate.

The region below North Africa contains the remaining Saharan desert. 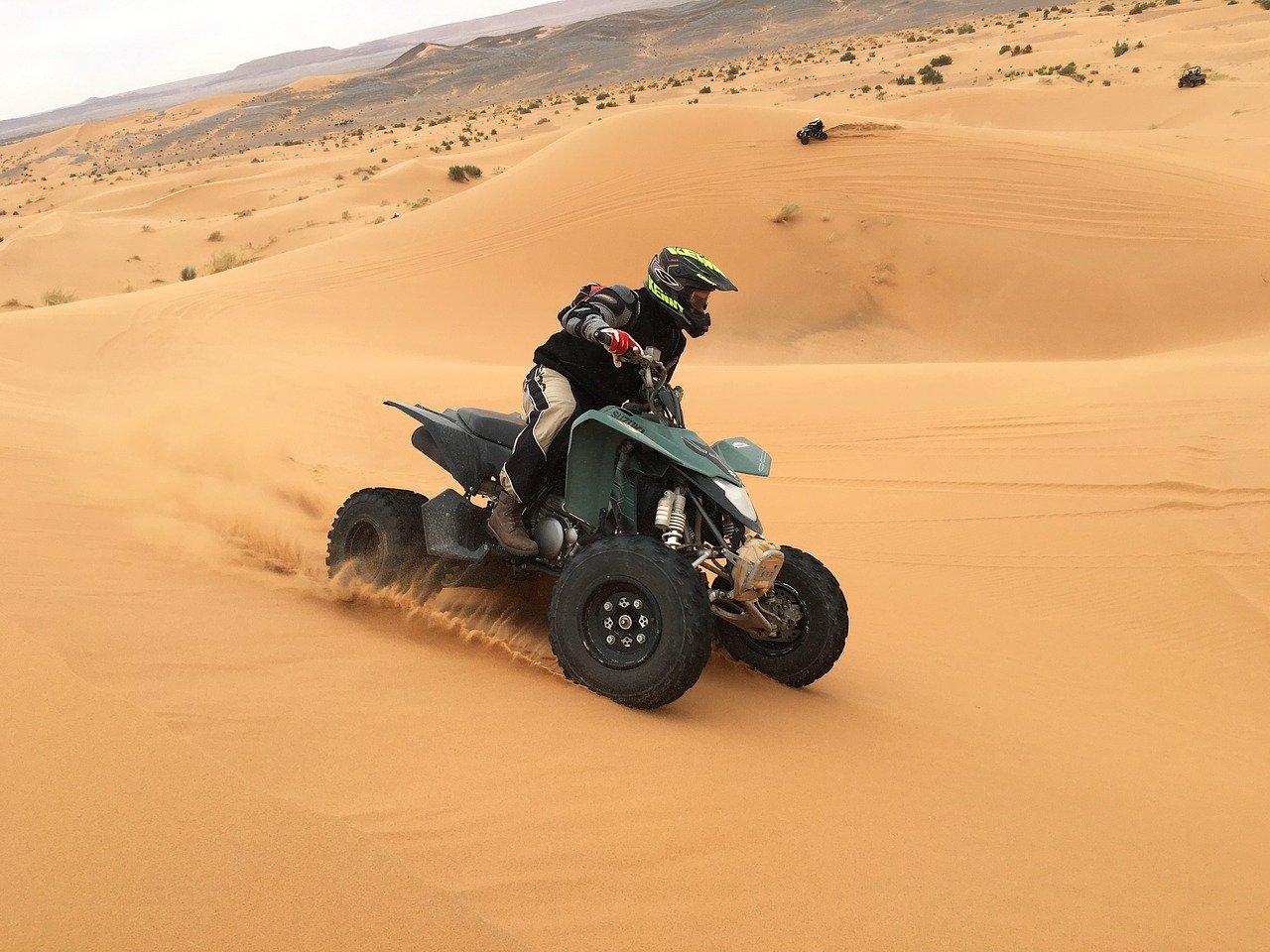 The countries located in the western portion of the continent share the Atlantic coastline. These nations include: 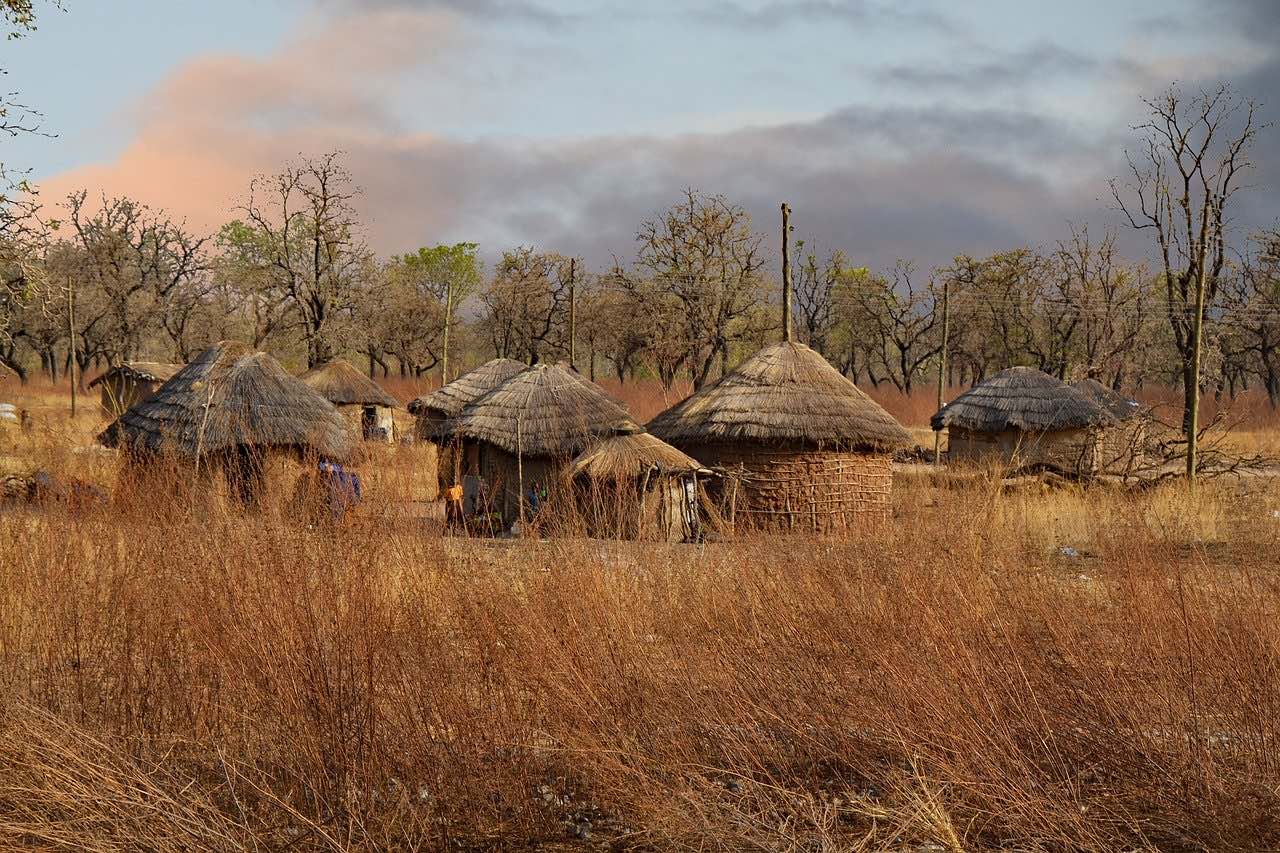 A Village in Ghana

Thick forests, mountains, and scarce population make up the heart of Africa. These countries include: 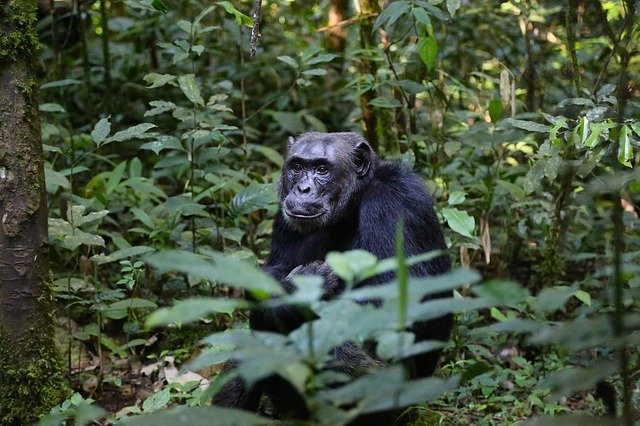 Chimpanzee in the wild in Congo

The eastern coastline meets the Red Sea in the northeast and the Indian Ocean in the southeast. Here, you will find some of the densest forests and the greatest savanna on earth.

Be it for a Safari in Kenya or Tanzania or tracking Mountain Gorillas in Rwanda or the beautiful beaches of Zanzibar, Mombasa or Seychelles, East Africa truly is the gateway to Africa for most first-time travelers. Then there is, of course, Mt. Kilimanjaro, the tallest mountain in Africa.

The countries of East Africa are: 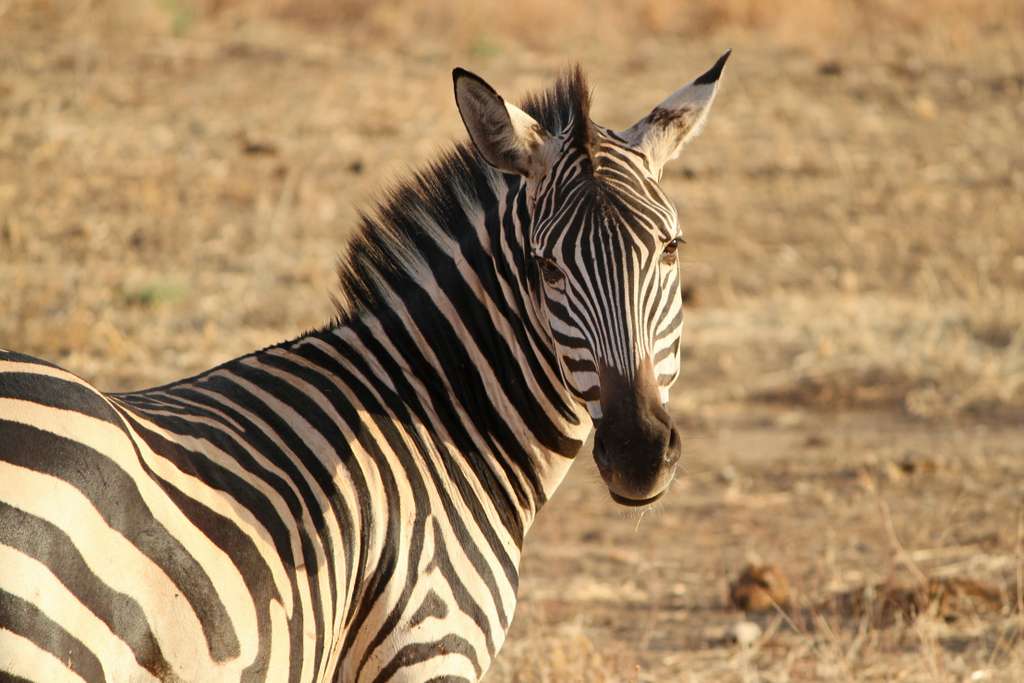 Zebra in the Savanna of East Africa

Southern Africa is full of thick forests and lush grasslands. Temperatures only sink to negative degrees (below zero) in the high altitudes of mountain peaks.

The southern tip of Africa is home to the countries of:

Africa is a vast continent, and the weather variations are dramatic. There are places like Mount Kilimanjaro and Atlas mountain where the climate is cold all year round.

On the other hand, there are places like the Horn of Africa where the average day temperature is 40 degrees Celsius.

While traveling to Africa, you need to keep in mind that it is a huge continent. There are different countries included in the continent which has a different climate.

In Cameroon, the monsoon season starts in March, but in Senegal, it starts in May. Other than that there are the tropical cyclones that hit the nations.

To get an idea about when to visit the particular countries you can check the separate destination page for each African country.

Comfort is the key to travel without being cranky. In Africa the heat is intense, to cope with that kind of heat you need to wear thin fabrics like Cotton or Rayon. Women can wear comfy blouses, flowing skirts, chinos, and khakis. Men can wear pants and shirts. Do not wear shorts or dresses which show off much skin.

Many indigenous tribes reside in African Nations and in that way they have many languages. English is a language that you can use in most of the nations. But as a blanket language, French is very helpful.

No matter your English usage, keep a phrasal book of local dialects of the places you visit. It comes in handy.

Converting currencies in Africa is easy when it comes to Dollar and Pound. All other currencies have a poor exchange rate. The currency is different in all countries.

In Western Africa Franc is used, in South Africa, Zambia and Swaziland South African Rand is prevalent. Check the respective Destination pages of Countries for their specific currency.

Many countries accept dollars and pounds, so if you are from America or Europe, you will be alright.

Various African countries offer a memorable culinary experience. You might not see lots of Five-star restaurants, but you are in for a treat in African land.

There are many dishes you must try, among it are the couscous, Mandazi, Jollof Rice, Garri, Tagine, Dodo, Biriyanis, Suyas, and Mafè. And do not forget to bottle up Piri Piri sauce.

Getting Around In Africa

Getting around between major tourist countries is easy, as Visa is available without much hassle. Airlines like South African Airways, Kenya Airways, and Ethiopian Airways are the major airlines in the African continent.

Other than airlines, bus service is extensive here. Check the respective country destination page before you opt for the bus. Railways are no good, as they are old and sparse across the continent.

NOTE: Airline Safety is a real concern here. Although South African Airways, Ethiopian Airlines, and Kenya Airways all meet EU and FAA safety standards, the same isn’t true for all airlines, especially smaller domestic carriers in countries where political stability may be lacking, tenuous or only recently reintroduced. Do your research before flying on smaller charter planes.

For all the African Countries there are various service providers. You can see the respective destination page and know which is the best provider. Your passport and residential proof of where you will stay in the country plus your passport-sized photographs are requirements to buy an African Sim card.

How Much Will It Cost

Your cost will depend on the country which you visit. If you are a backpacker, then bed at Hostel costs $10- $20 USD, but if you prefer a double room then it is about $75- $80 USD.

For lunch or dinner, it costs $ 30, but if you stick to street food, then you can survive by $5 in your pocket. An (average) day in an (average) African country can cost approximately $150 USD per person.

How Many Days To Travel Africa

There are 54 African countries. But you need not visit all. If you cut short your trip, then 2 weeks is a minimum to visit Africa (including two countries only).

Those who are looking forward to visiting many places including Mozambique, Victoria Falls, Cape Town and many more need to extend their visit. 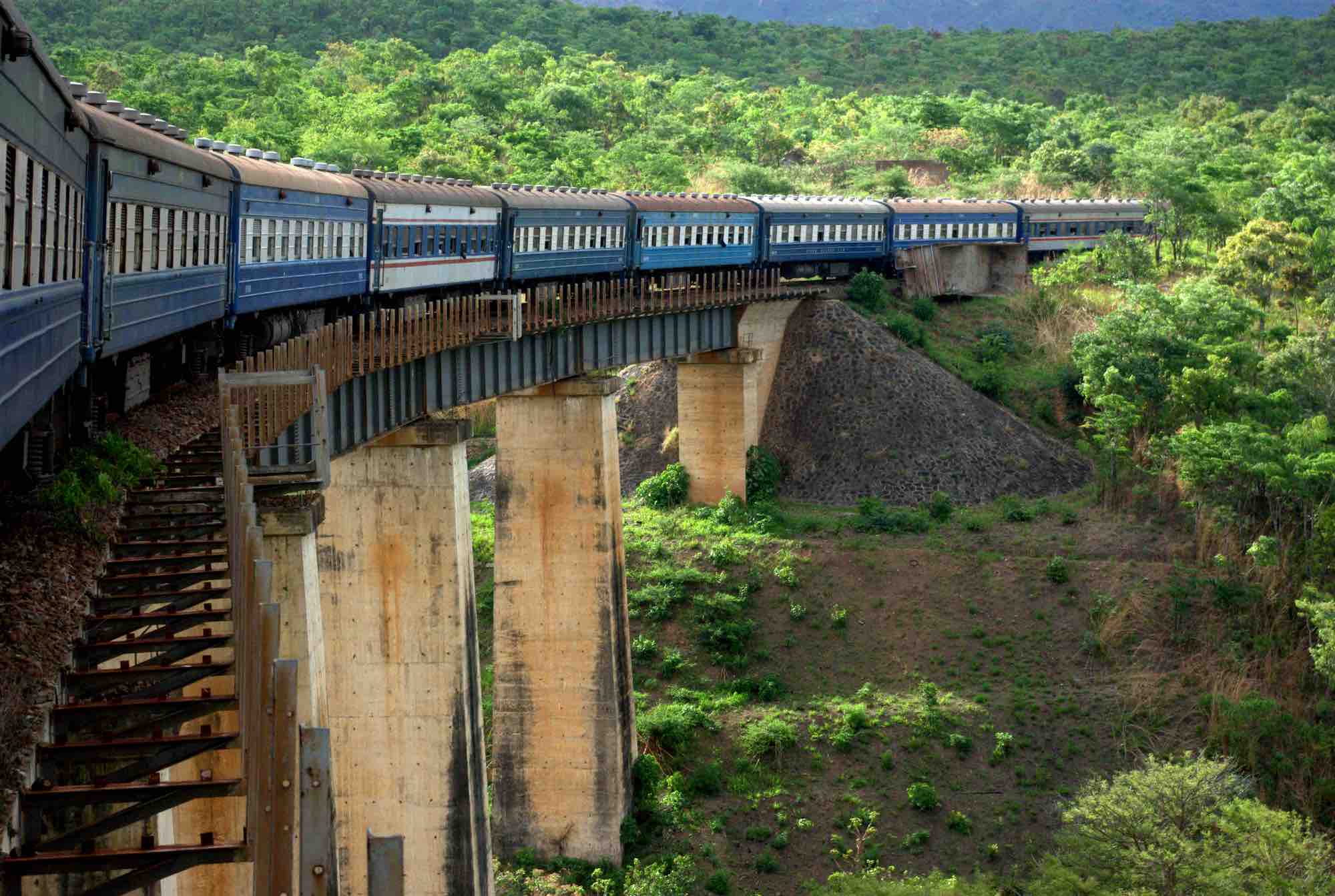 Those who are looking forward to visiting many places including Mozambique, Victoria Falls, Cape Town and many more need to extend their visit.

The Roads in Africa are well maintained, but once you move away from major areas to the rural part, the roads turn dangerous. Rural roads are dusty in summer and muddy in monsoon.

It is a nightmare to drive on these roads. Driving at night is not recommended as there is a danger to wildlife.

Hiring a taxi is inexpensive. But renting a car is expensive. Moreover, in Africa, the roads are not reliable. You need to hand over the wheel to somebody experienced.

For the country to country travel takes airlines, for destination to destination take buses or hire private cars, and for getting around in cities take taxis. 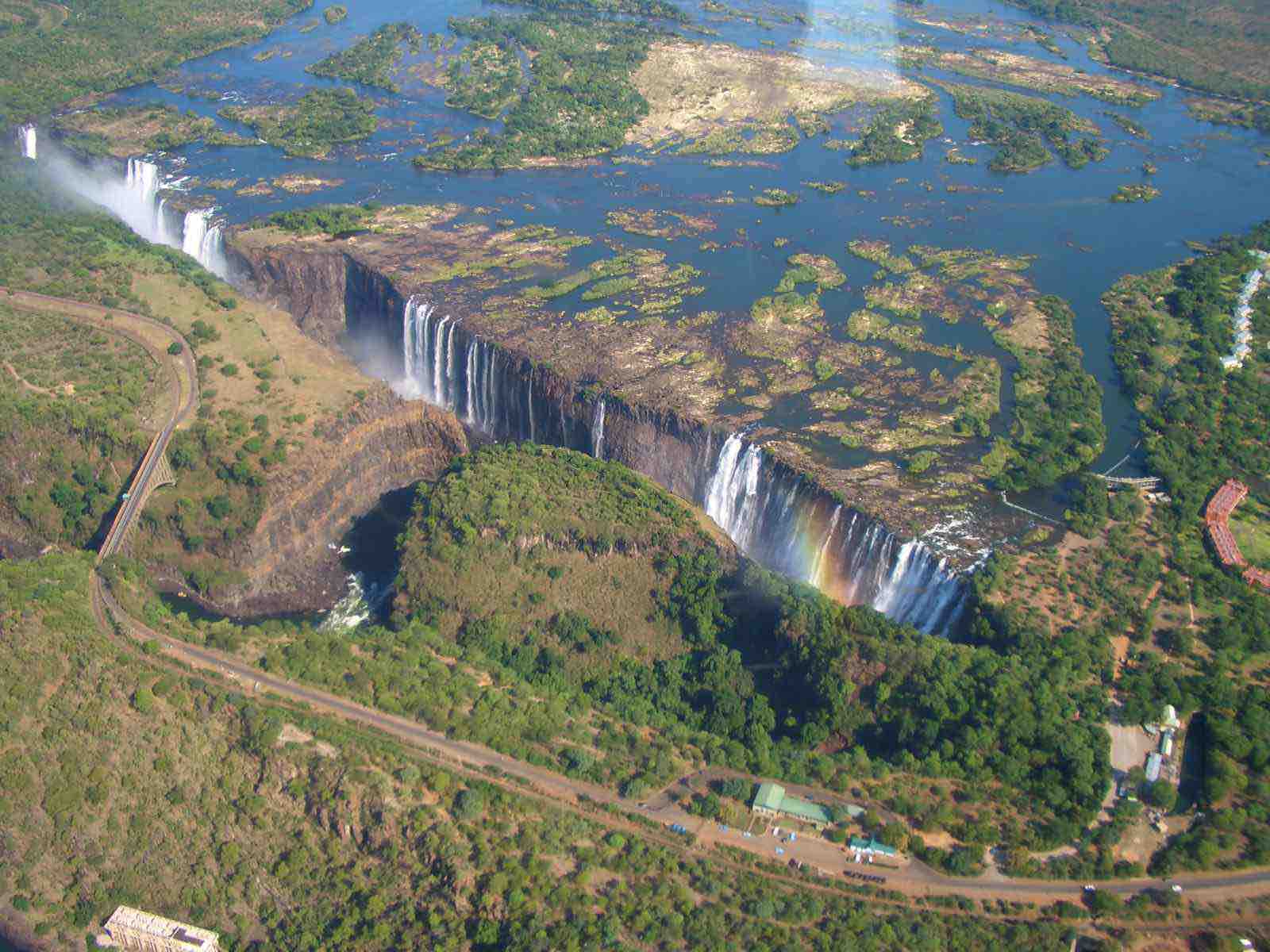 African Countries which were British colonies still drive on the left-hand side of the road. While Cameroon drives on the right side, Bermuda uses Left-hand side rule.

Do check the destination pages to have a clear idea of Electricity and Plug type in all African countries. Buy universal adapter and converters, so that you do not face problems in Africa as power cuts are common in Africa. 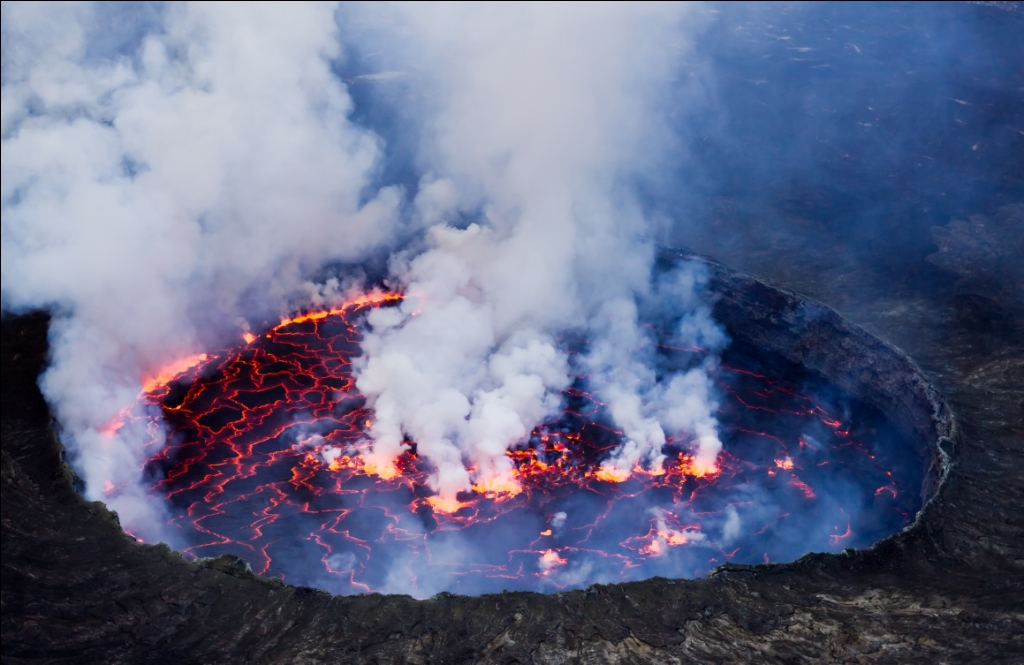 How Safe Is Africa

The African continent is home to many conflicts- from terrorism to local warlords. Stick to the areas which have no terrorism, and you will be fine. Horn of Africa, Somalia, Central African Republic, Central Sahara (Algeria, Mauritania, Mali), Sudan are considered as dangerous places to travel.

The risk of HIV & AIDS is high in Africa. Sub-Saharan countries have the highest rates of HIV in the entire planet. Use protection while having sex or better prevent having it.

As you can see, Africa has much to offer. But you must plan it in advance. 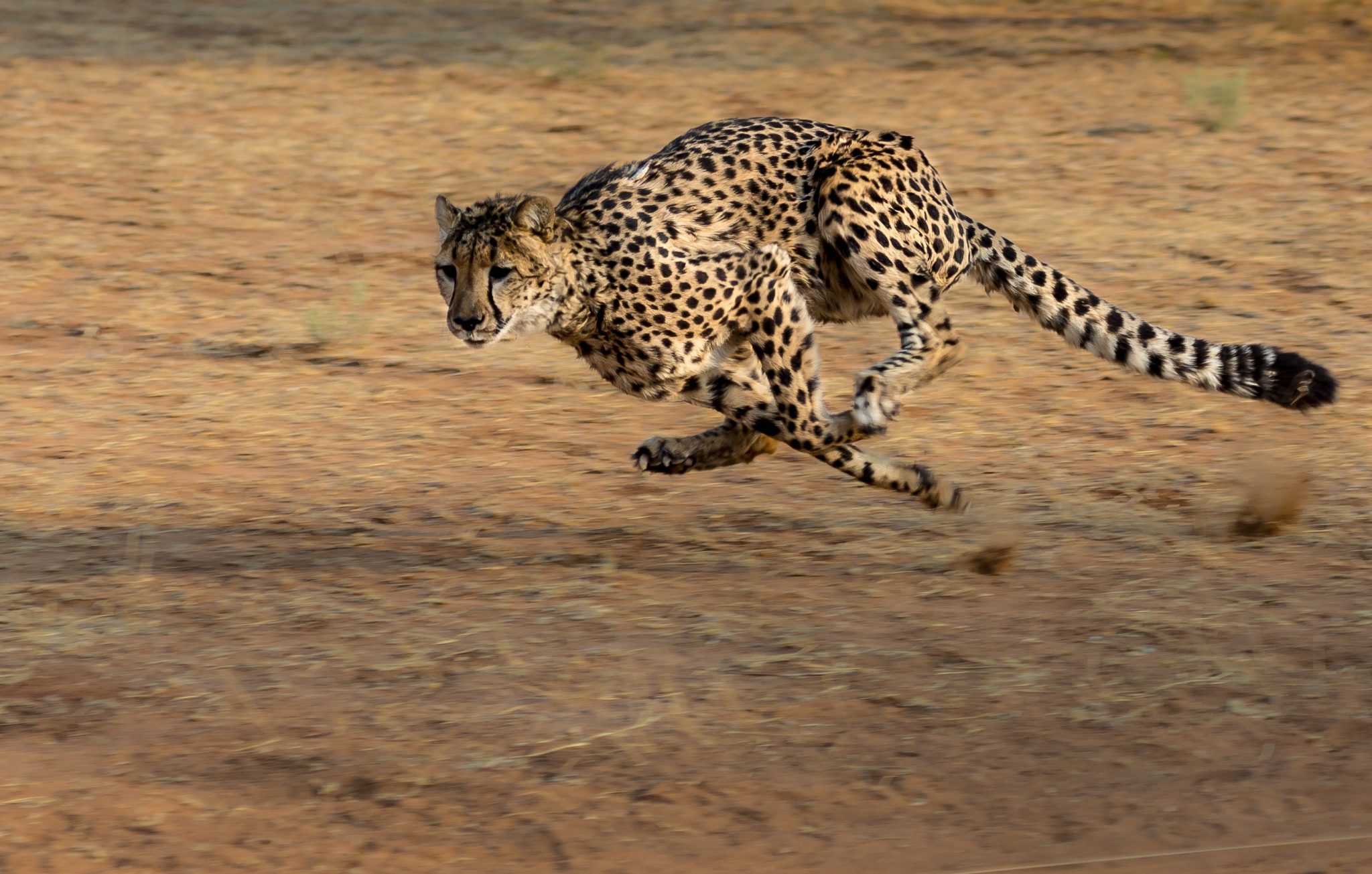 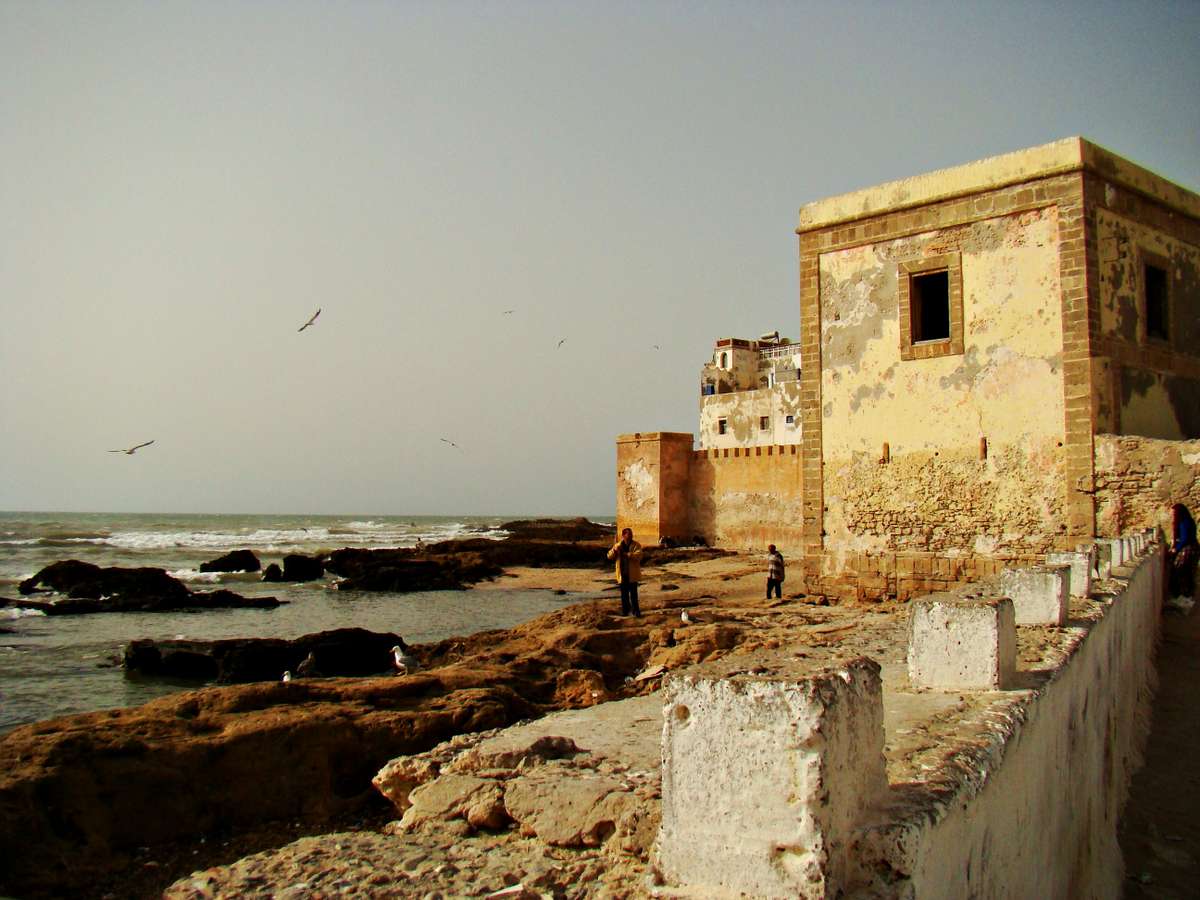 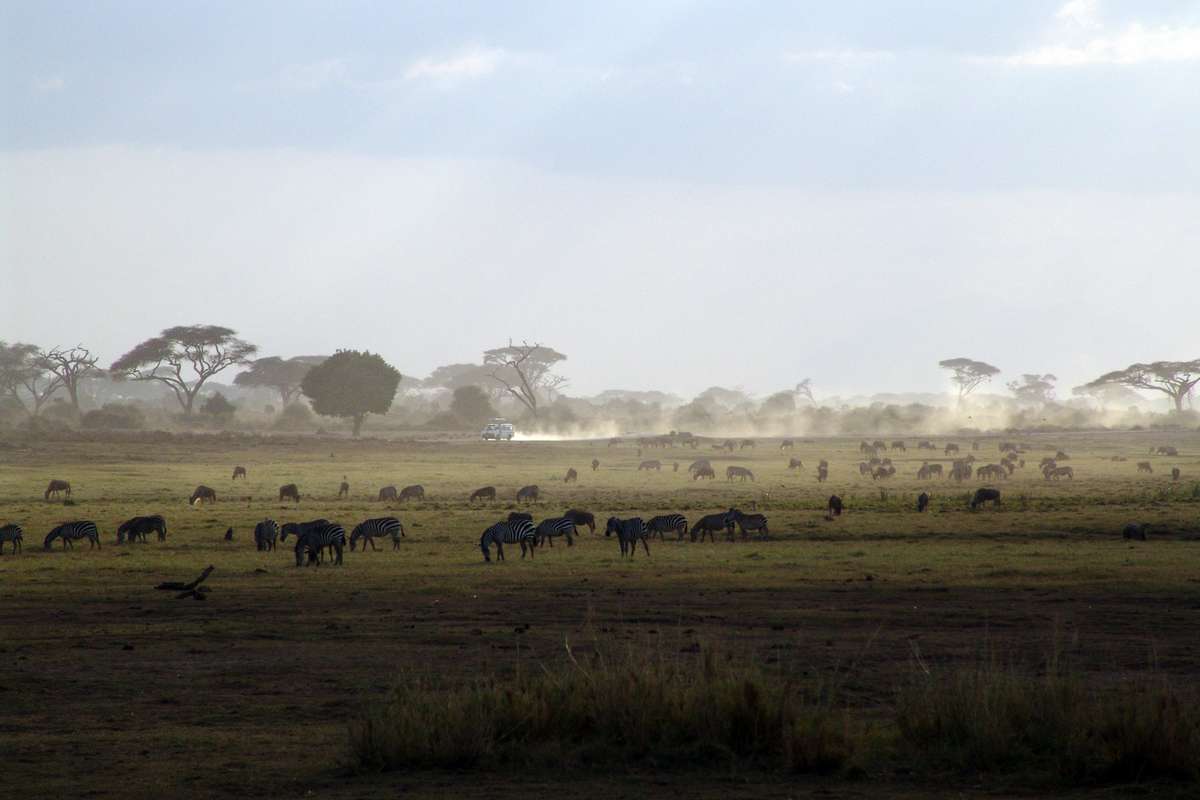 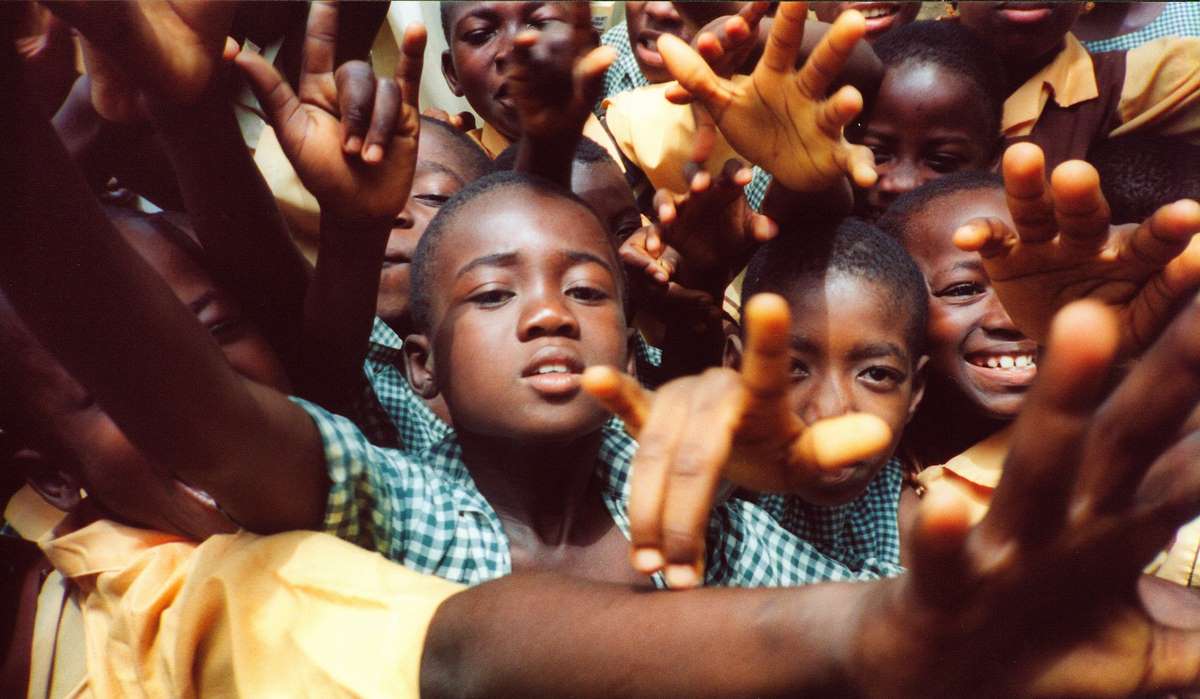 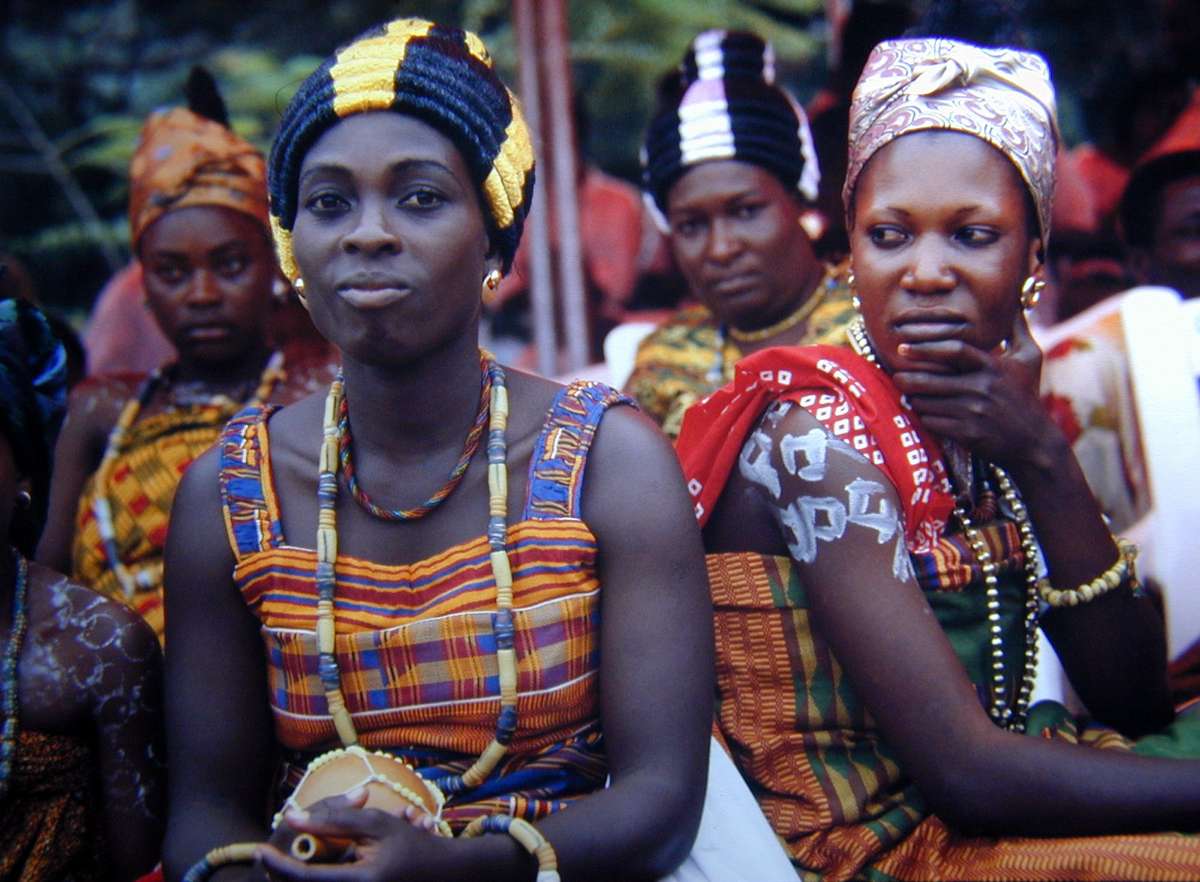