The Union of Comoros is an island country in the Indian Ocean, off the African Coast. Nearby countries include Tanzania and Seychelles. It is the third-smallest country in Africa in terms of land area. Moroni is the capital city.

The country was a French colony in the past. Therefore, it also has a rich French heritage. It lies entirely in the southern hemisphere. The first settlers are people of both Arab and African descent. Here, you will find a unique culture including the inheritance of immovable materialistic goods. The government also owns the newspaper.

Things To Do In Comoros

Three major islands and several smaller islands make up this island nation. All are in the same region known as the Comoros Archipelago, which is also volcanic. The names of the major islands are Grande Comore, Moheli, and Anjouan.

The Comoros doesn’t have a strong tourist industry. The main investments into the country’s tourist industry came from South Africa in the 1980s. The majority of tourists consist of wealthy Americans and Europeans looking for a secluded getaway.

The country’s competitors for tourism in the region, such as the Seychelles, Reunion, and Mauritius, have a much larger tourist flow. This situation probably exists due to the Comoros’ political instability, insecurity, with many political upheavals over the past three decades.

Despite this, the Comoros has, what to offer. Beautiful beaches, underwater fishing, and mountain sceneries can become very popular tourist attractions (in the future). Also, Moheli is a picturesque tourist spot. The island of Grand Comore is a major destination in the country, as it has an international airport and most of the Comoros’ hotels. 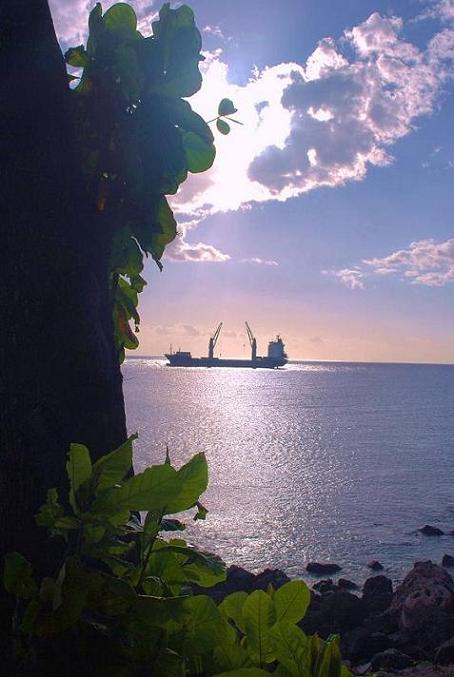 One can also do the following:

Visit the Lac Sale – a famous lake adjacent to the beach beyond Mytsamiouli in Grand Comore.

See Dolphins off the coast beyond Hahaya.

The climate of Comoros is mostly tropical and mild, with heavy rains December through April. March is the hottest month of the monsoon season when the temperature can reach up to 30 °C. May through November is a cool, dry season, with an average temperature around 19 °C.

The official languages here are Comorian, Arabic, and also French. The majority of the population follow Sunni Islam as their religion.

The official currency is Comoros Franc. The currency exchange is available at the airport and the banks. Some hotels and restaurants also accept foreign currencies, mostly Euros, British pounds, and US Dollars. However, you will probably get the change in local currency. Credit cards are acceptable, but not widely used. (Hotels accept them though).

The only forms of transport on the island are bush taxis, rental vehicles, and private cabs. Car rental service is available on Ngazidja (Grande Comore). Roads are in reasonable condition, although they are narrow and often have domestic animals roaming, so you should drive slowly. Cars drive on the right side of the road here.

In Comoros, they use electric sockets of types C and E. Electric plugs of type F are also applicable. The standard voltage is 220V.

Le Kartala on Grand Comore is an active volcano. You can hike to it but you should do it at your own risk. It’s better to hire a local travel guide for the volcanic hike.

Civil war possible; Anjouan island most at risk (clashes between rebel and African Union forces). Please note that Comoros is the third poorest country in the world and workers can expect to earn only about USD $1-1.5 a day for basic employment.

Please exercise caution and judgment when eating any local food. Make sure whatever you order is properly cooked through and the place, the cook, (and the food) looks hygienic. Drinking water is the same. Use bottled water.

Getting There and Visa

Everyone requires a visa to visit the Comoros, which is issued on arrival. A normal visa costs €61. It can be paid in Comorian francs, US dollars, British pounds, or Euros. A visa lasts 45 days. All visitors must report to the immigration office in Moroni or Mutsamudu for a passport stamp. Failure to do so will lead to problems upon departure.

You can fly to one of the Comoros islands from Nairobi (Kenya), Paris (France), Yemen,  Tanzania, and Madagascar.