Morocco located in North Africa is a kingdom country made up of a rugged mountainous region and vast deserts! It has coastlines on both Mediterranean and Atlantic sides.

Morocco has a rich heritage from the Islamic Golden Age. For Europeans, Morocco has been, and remains, the gateway to Africa.

The capital city of Morocco is Rabat. However, the largest city is Casablanca. Fez and Marrakech are the other two most popular cities.

Things To Do In Morocco

At just a few hours from the main European cities, Morocco has everything to overwhelm you with the amazing colors, smells and sounds of Islamic Africa.

With panoramic views varying from snow-covered peaks in the High Atlas to the endless sand dunes of the Sahara, no-one ever has to be bored in this beautiful country.

The stunning panoramic views from the top will make it worth every bit of your effort to get there.

Other praised hiking routes lead through the beautiful Ameln Valley in the Anti-Atlas and the forests of the Middle Atlas.

Marrakech can make a good base for tours all over Morocco, from exploring the High Atlas, overriding the camel or quad, to 1-4 days Sahara treks. A sheer endless amount of tour providers are waiting for the willing-to-pay tourist.

Hop on a camel back for a trip through the golden Sahara sand dunes at Erg Chebbi, near Merzouga.

Spend the night in a desert tent, under the incredibly starred sky. 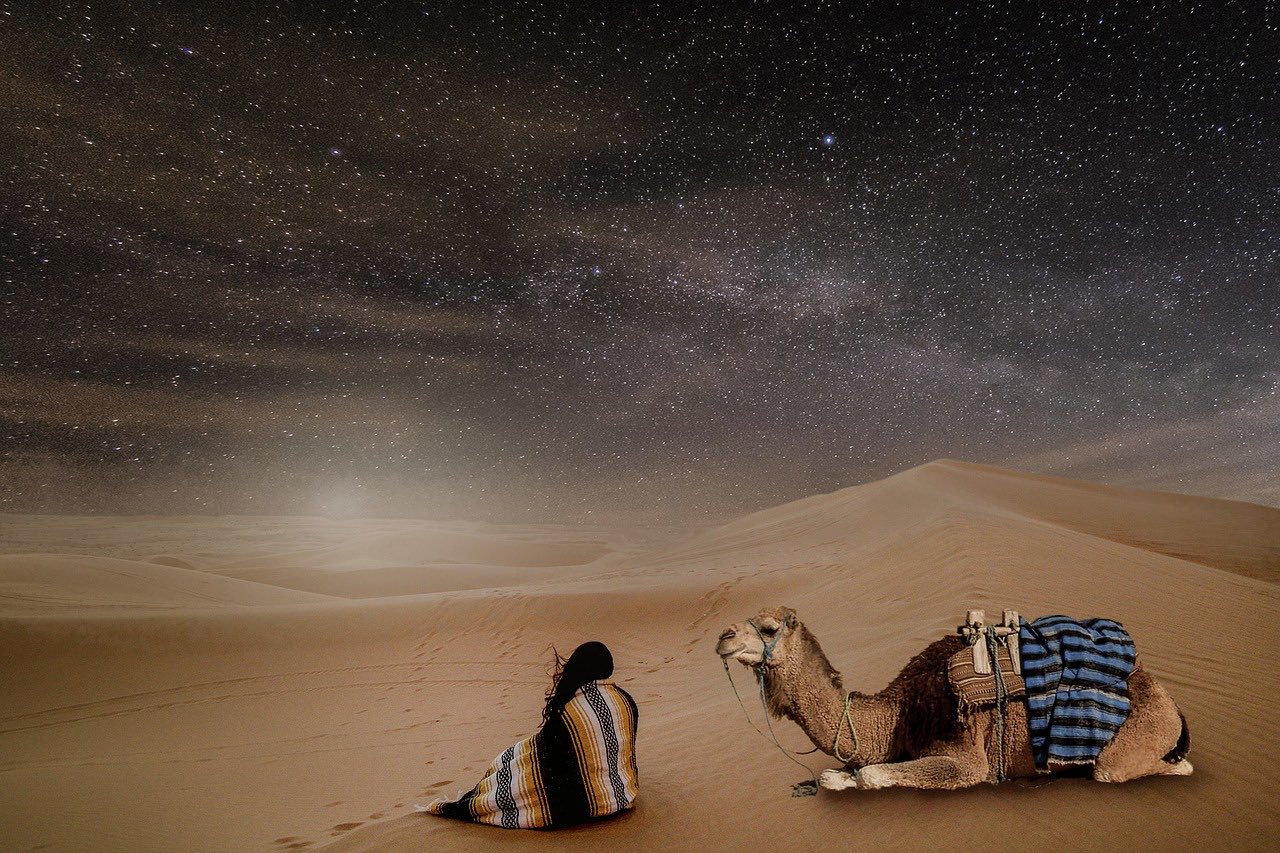 Somewhat less easy to reach but therefor also less crowded are the dunes of Erg Chigaga near M’hamid.

There are two types of Hammam (steam baths) across Morocco.

The first is the tourist hammam, where you can go and be pampered and scrubbed by an experienced staff member. As these are promoted only to tourists, they are the more expensive option.

But note, they are not proper hammams, but they are nonetheless enjoyable, especially for the timid. Your hotel can recommend a good one.

The second option is to visit a “popular” Hammam. Popular hammams are the places where the locals go. Ask the staff at your hotel where they would go.

At the popular hammams, you do it all yourself. To make the most of a popular hammam, you need to take a scrubbing mitten (available cheap in the souks), a towel, and some extra underwear (otherwise, you will be going home without any, as it will be sopping wet).

Popular hammams are often only identified by tiles around a door and entranceway. If you do not speak French or Arabic, it could be a daunting, or at least a very memorable, experience.

Note: Men & women have either separate session times or separate hammams. Nudity in a popular hammam is strictly forbidden for men, so be prepared to wear your underwear or a bathing suit. For women, you’ll see some wearing underwear and some going naked.

Whilst in a popular hammam, you may be offered help and a massage from another person. It is essential to remember that this massage is nothing but a massage, with no other intentions.

Note: Sexual contact or presumption of sexual contact does not occur in these places. If you accept a massage, be prepared to return the favor.

An ancient sea-side town newly rediscovered by tourists. From mid-June to August the beaches are packed but any other time and you’ll be the only person there. It’s known for good music, good food, and great people.

The nearest coast is Marrakech.

A mountain town inland from Tangier full of white-washed winding alleys, blue doors, and olive trees, Chefchaouen is clean as a postcard and a welcome escape from Tangier, evoking the feeling of a Greek island.

From either of these two settlements at the edge of the Sahara, ride a camel or 4×4 into the desert for a night (or a week) among the dunes and under the stars.

A desert oasis and access point to the stunning High Atlas.

A regular destination for mountain hikers, ski enthusiasts, or travelers interested in the indigenous Berber culture.

Volubilis, also known as Wallibi, is 30 km north of Meknes. It’s an archaeological site and the biggest Roman ruins in Morocco. It’s located next to the holy town of Moulay Idriss.

If you are adventurous at heart, a good time to visit Morocco for trekking in the desert is February. You can enjoy coastal areas or beaches at Essaouira in July.

April is the best time to visit the Imperial towns in Morocco. The peak tourist season in Morocco is July and August.

The official religion of the country is Sunni Islam. There is a lot of ethnic diversity present in this culture.

Many people from various Arabian and Jewish regions have found shelter in the country throughout history. Also, its cuisine can easily be called one of the most diversified cuisines in the world.

Morocco is a good place to see varied cultural heritages including those with African, Arabic, Berber, Moorish and Western influences.

Greetings among close friends and family (but rarely between men and women!) usually take the form of three pecks on the cheek. In other circumstances, handshakes are the norm.

Following the handshake by touching your heart with your right hand signifies respect and sincerity. When approaching someone or when entering a shop, cafe or restaurant a “Salaam Alaykum” (~”peace upon you”) is expected; when greeted this way, the traditional response is “Wa Alaykum Salaam” or just “Alaykum Salaam” (~”and peace upon you too”).

Both greetings are also accompanied by the right hand going to the heart. In informal settings, just “Salaam” is sufficient, but it is considered rude when used with people you don’t know. Calling someone “Sidi Mohammed” (~ “honorable Mohammed”) is the established way to address someone whose name you don’t know.

Left hands used to traditionally be considered ‘unclean’ in the Muslim religion and Amazigh nomadic cultures, as they used to be reserved for hygiene in toilets. As in many cultures it could be considered impolite to shake hands or offer or accept something from someone with your left hand, more so is giving money by your left, so try to avoid that.

While left-handed people may get an occasional exclamation, and local children may get pressured by parents to use their right in traditional societies, most people will understand if you do your own business with your left hand.

If your right is busy, it is normal to offer the wrist of your left hand for shaking hands. Trying to exclusively use your left hand for anything “dirty” (like petting stray cats and dogs) and to keep the right hand clean is a good way to prevent traveler’s diarrhea.

Moroccans still have the tradition of strongly respecting their elders and the sick. If someone who is handicapped, or older than you are is passing, then stop and allow room for them. Or if a taxi arrives and you are waiting with an elder, then you should allow the older person to take precedence over you. Tourists are not held to these expectations, but it improves regard for tourists in Morocco when they adhere to the same traditions.

Smoking kif or hashish is part of Moroccan culture and widely tolerated (though officially illegal). Even police do not care about small amounts that are clearly only for personal use.

But it is frowned upon to get stoned early in the day and one does not smoke on crowded beaches or in cafes or restaurants without the owner’s consent – it is OK, even expected, to ask for permission. Opium is also an established drug, but only for medicinal purposes. Drinking alcohol in public is an absolute no-go.

The holy month is observed by almost every Moroccan. As a tourist one is not bound to observe it but refraining from eating, drinking, smoking, bubble gum-chewing or candy-sucking in public will make you lots of friends.

In touristy places, restaurants and cafes are open all day and serve drinks or food, but, if at all possible, one should sit inside, out of the public’s view.

However, the daily withdrawal limits can be too low, and you will probably have to pay a commission for exchange.

Currency exchange is also available at official bureaus de change. You can recognize them by golden signs.

Note: Changing money in the street is illegal. It is best to exchange dollars and Euros, although some other currencies are also acceptable.

Official exchange bureaus don’t take commissions. And also, they will issue the receipt, which you need to keep until departure, in order to exchange Dirhams back into the original currency you brought.

Credit cards are acceptable in large restaurants, hotels, and some tourist shops. ATMs are available in large towns and some major hotels.

Small taxis with meters are available in major towns. Larger, grand taxis, usually Mercedes cars, ride outside medinas and to areas outside towns. You can share them but should agree on the price before departure, as they don’t have meters.

International and local car hire companies have offices in major towns, cities, and airports. Car hire is generally expensive, but prices vary depending on the season.

The minimum age for hiring a car is 18, although many hire companies require drivers to be over 21. Cars drive on the right here. Roads are in reasonable condition, but accident rates are high and safety awareness among many drivers is negligible.

The Moroccans use European types of sockets, and the standard voltage is 220V.