The crashing together of the European and African tectonic plates with the North American plate caused enormous mountains to rise, which gave birth to the Appalachian Mountains.

Although shorter and less well known than the mighty Rocky Mountains in the western part of the continent, the Appalachians are geologically the oldest North American mountain range.

At their peak the Appalachian Mountains were likely higher than the Alps or Rockies today, possibly even rivaling the modern Himalayas. Erosion over time, subsequent uplift, and the rivers have cut into the ancient rock, forming the modern peaks and valleys that characterize the region. 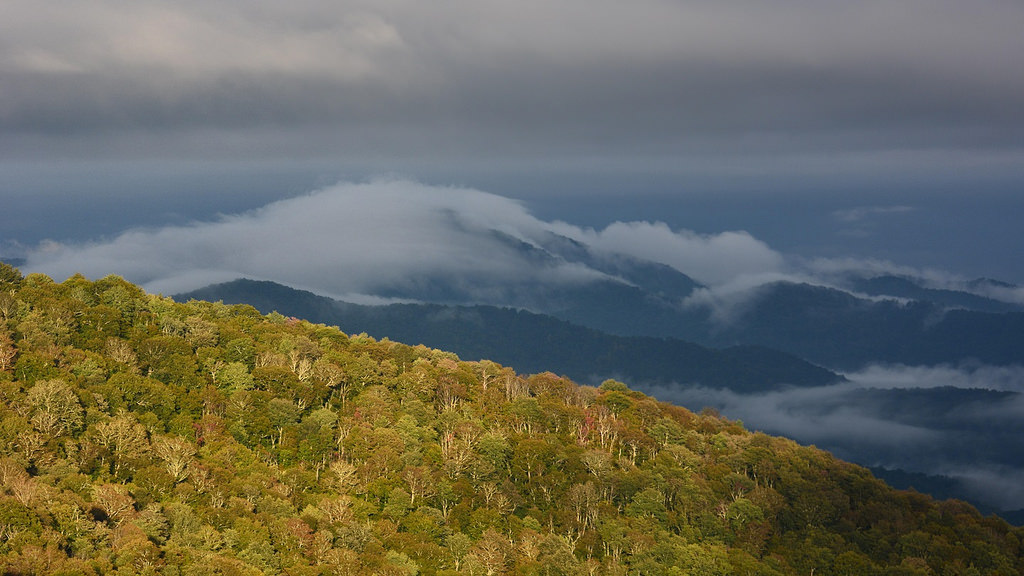 Many tourists and hikers visit parts of this humongous mountain range as a day visitor, while, others hike the Appalachian Trail, a 2,174 mile (3,499 km) hike along the main ridges of the mountain range.

The Appalachian Mountain range runs along the eastern coast of North America from Newfoundland and Labrador in Canada to all the way down to Alabama in the American South. 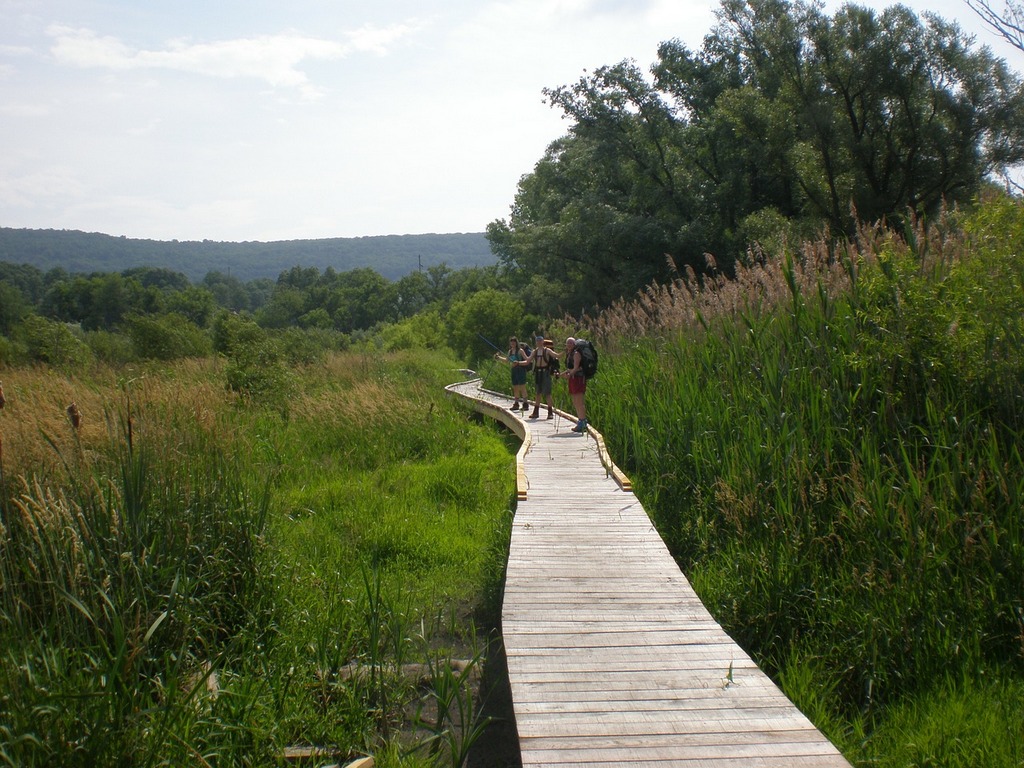 A Walk in the Woods

You may want to read Bill Bryson’s ‘A Walk in the Woods (1999)’. It offers an entertaining look at the author’s attempt to hike the Appalachian Trail. 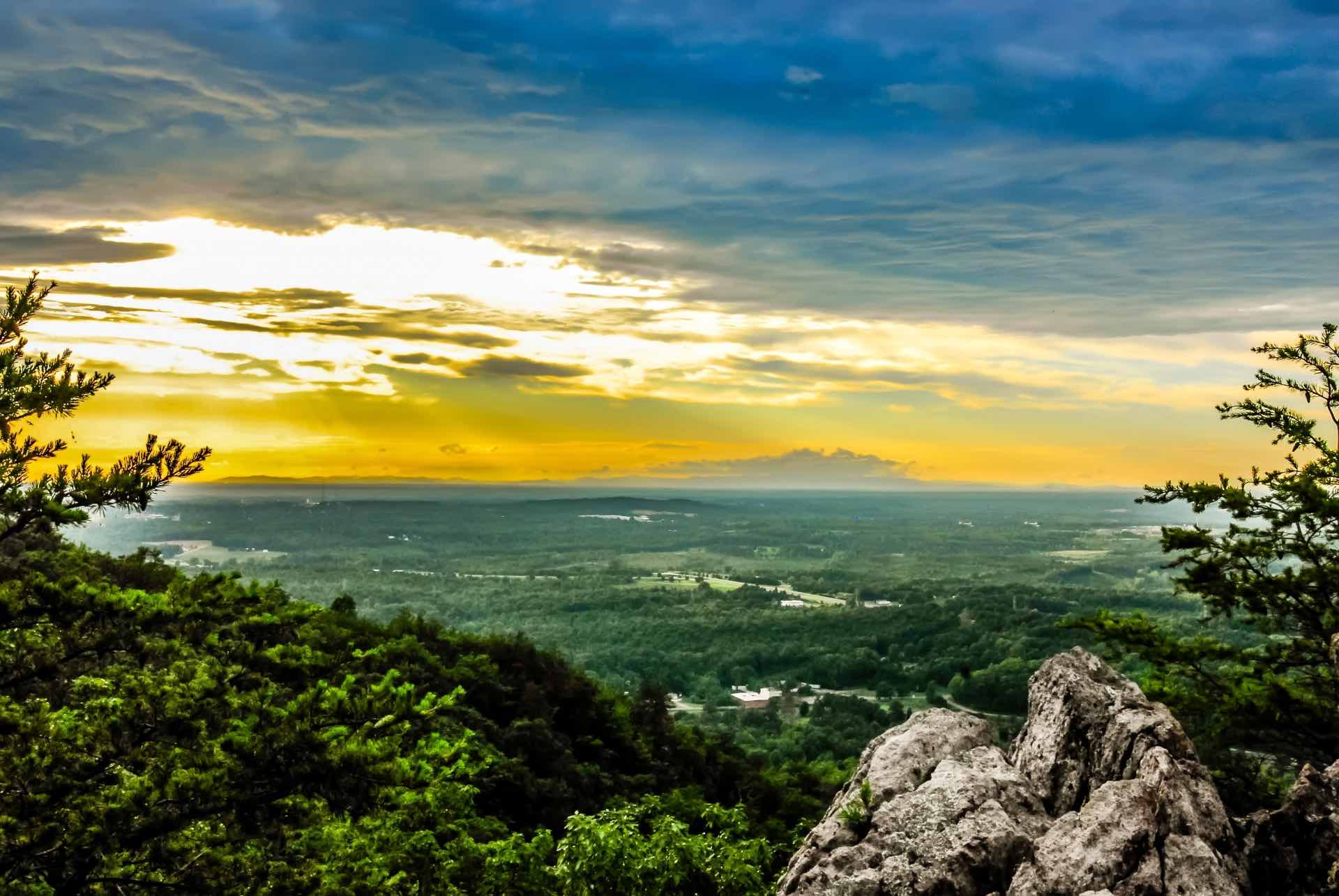 The highest peak in the range is Mount Mitchell, located in North Carolina.

Since prehistoric times, it has been an important route to go from north to south. The Great Valley was an important place of passage and settlements from pre-Columbian times and during the United States Secession war, there were many important battles fought here.

The mountains served as a barrier to western migration when Europeans began settling the continent. Except along river valleys and the Great Lakes, there was very little white settlement west of the Appalachians until the beginning of the 18th century.

The Erie Canal was dug, in part, to allow goods and travelers to flow more freely across the divide, and soon railroads would be laid through tunnels and across bridges to further open up the west.

During the great American migration and westward expansion, there were groups of people who settled in the mountains. Over time, and largely cut off from the rest of America, the mountain dwellers developed a subculture known as “Appalachia” or “hillbilly” (a slang in the South).

Due to large anthracite coal deposits, communities in West Virginia and Pennsylvania developed a strong tradition of coal mining in the hills.