60 Fun Facts to Know Before You Travel To Bangladesh

Bangladesh is home to the magnificent Royal Bengal Tiger (pictured in the cover photo).

Bangladesh is one of the most densely populated countries in the world.

Bangladesh is separated from Nepal by the Chicken’s Neck.

There are many artistic weaving centers on the banks of Shitalakshya River where once the muslin industry flourished.

Bangladesh became the second country after Malaysia (among the developing nations) to have successfully sequenced a plant genome in 2010. 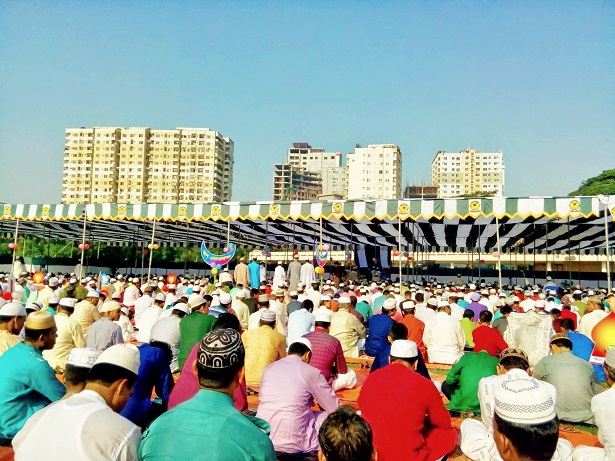 Scientists are concerned that the Bangali River in northern Bangladesh may merge with the Jamuna River and cause loss of 100,000 hectares of land in the region.

The Korotoa River, a small stream in Rajshahi Division of Bangladesh, was once a large and sacred river.

Pundravardhana was a territory, mostly in present-day Bangladesh, of the Pundras, a group of non-Aryan people, dating back to 7th to 8th centuries BC.

Chalan Beel, a wetland in Bangladesh, is getting vastly reduced in size with fast silting up caused by the inflow of 47 rivers and waterways.

Boats crammed with people from both India and Bangladesh, flying the flags of their respective countries, converge on the Ichamati River, the international border, to immerse the idols after Durga Puja.

The Mymensingh Museum in Bangladesh contains Saraswati and Vishnu statues from a Muktagacha zamindar palace, and a huge shade used during hunting from a Gouripur zamindar palace.

Fauna of Bangladesh includes Trigona Fuscobaltiata, the only species of stingless bees found in the country.

Mangalkavya depicted the social customs of Bengal in the middle ages.

Hakim Habibur Rahman, a Unani physician, collected all the Arabic, Persian, and Urdu books written in Bengal for more than 40 years and published a catalog titled Sulasa Ghusala.

The Tagore family, with over three hundred years of history, has exercised the greatest influence on reawakened Bengali spirit.

In Hindu mythology, after Lakshmindara, son of Chand Sadagar, died of snakebite on his wedding night, his bride Behula accompanied his corpse on a raft floating in a river.

While mainly charged with maintaining law and order, Bangladesh Ansars are also assigned to help in schemes promoting local development.

The internet penetration in Bangladesh grew in three years from 3.2% of the population to almost 25% (in 2017). 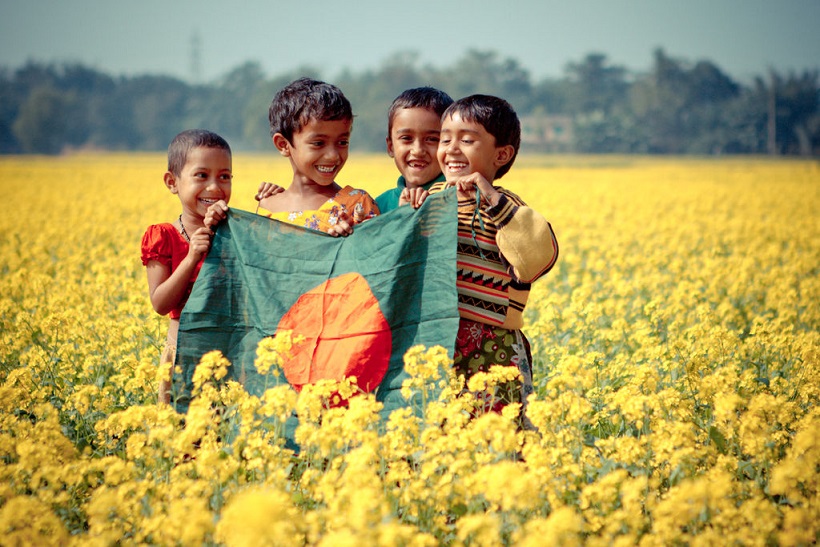 The folk-rock band Bangla’s debut album, which featured several little-known folk songs, sold over a hundred thousand copies in the first two weeks of its release.

The Sannyasi Rebellion was a series of clashes between Indian ascetics and the British East India Company during the eighteenth century in Bengal.

Dhaka, the capital of Bangladesh was also known as Jahangir Nagar.

Mahasthangarh is the earliest urban archaeological site so far discovered in Bangladesh, dating back to at least the 3rd century B.C.

The Bengali nationalism motivated the proposal for a united, independent Bengal as an alternative to the 1947 partition of Bengal.

Islam Khan was the founder of the modern city of Dhaka and the first Mughal general to subjugate Bengal.

The suffering caused by 19th-century floods and famines in Mymensingh District, presently in Bangladesh, led to the sale of human beings for around the price of a mound of rice.

The Baharistan-i-Ghaibi is the only extensive historical document accounting the wars, events, and life in Bengal during the reign of Mughal emperor Jahangir.

The Buddha Dhatu Jadi, also known as Bandarban Golden Temple, is the largest Theravada Buddhist Temple in Bandarban, with the second largest Buddha statue in Bangladesh.

Jhalkaribai fought with the East India Company army in disguise as Queen Laxmibai of Jhansi during the Indian Rebellion of 1857 to let the queen escape easily out of the fort.

The ship breaking industry in Sitakunda began when a 20,000-ton ship was accidentally beached by a tidal bore in 1965.

Bhutan was one of the first countries in the world to recognize the independence of Bangladesh in 1971.

In retaliation for Nepal recognizing Bangladesh in 1971, Pakistan broke off its ties with Nepal.

Tea production in Bangladesh began in 1840 when the first tea garden in the Indian subcontinent was set up in the port city of Chittagong.

Bangladeshi nationalism was popularized by President Ziaur Rahman as a substitute for Bengali nationalism.

Geoffrey Davis compared the mass rapes during the Bangladesh Liberation War to the Nazi Lebensborn program.

A fire that broke out a few days before Hiralal Sen died destroyed all his films including India’s first political film.

Matir Moina, a Bangladeshi film by Tareque Masud, was temporarily banned by censors in Bangladesh before becoming the country’s first film to compete for the Academy Awards in the Best Foreign Language Film category.

Mukh O Mukhosh (The face and the mask), directed by Abdul Jabbar Khan, is the first full-length Bengali language feature film to be produced in Bangladesh.

The Bara Katra palace in Dhaka, now dilapidated and half-destroyed, was built originally to be the residence of Mughal prince Shah Shuja.

Somapura Mahavihara, a UNESCO World Heritage Site in Bangladesh, was one of the best known Buddhist viharas in South Asia since King Dharmapala erected it in the 8th century.

At a cost of $7.9 billion, Meghna Bridge in Bangladesh is the single largest bridge project in the world with the assistance from Japan.

A proposed strategic road link through Bangladesh and its capital Dhaka will reduce the travel distance between the Indian cities of Agartala (in Assam, India) and Kolkata from 1,700 km to just 400 km.

The Maitreyi Express was launched on Pohela Baisakh in 2008 to revive the railway link between India and Bangladesh that had been closed for 43 years.

In a major improvement in bilateral ties since it blocked Bangladesh’s entry in the U.N. in 1972, China offered to help Bangladesh construct its first nuclear plant. 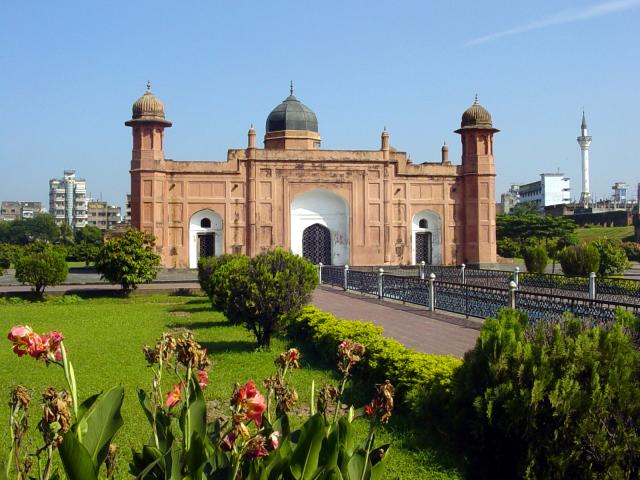 The Sixty Pillar Mosque located in Bagergat in south Bangladesh is one of the oldest mosques in the country, and is described as “historic mosque representing the Golden Era of Muslim Bengal”.

The Bangladesh Police inherit much of its structure from the police of British India and contributes to U.N. peacekeeping missions.

A council ward in the East End of London was renamed “Spitalfields and Banglatown” in 2001 to reflect the history of Bangladeshi immigration to that area.

The Armenian community of Dhaka played a major role in education in Bangladesh and owned major landmarks like the gardens of Shahbag and Bangabhaban.

Bangladesh officially rejected Israel’s recognition of its sovereignty in 1972.

Categorized in: Cultures & Customs, Did You Know