Game of Thrones Real Filming Locations You Can Visit

With the fantastic progression of season 8 (thus far) of Game of Thrones, we thought of creating this summary page to refresh your memories.

Below are some images of real-life filming locations of Game Of Thrones. Yes, these sites are real and very much as magical as you see on the screen.

Must see: Game Of Thrones World Map of Seven Kingdoms

The Dark Hedges is a popular Northern Irish tourist attraction. Two lines of stately beech trees planted by the Stuart family in 1775 to line the entrance to their Gracehill House mansion.

But this is better known to Game of Thrones fans as the Kingsroad, as seen when Arya and Gendry first meet. 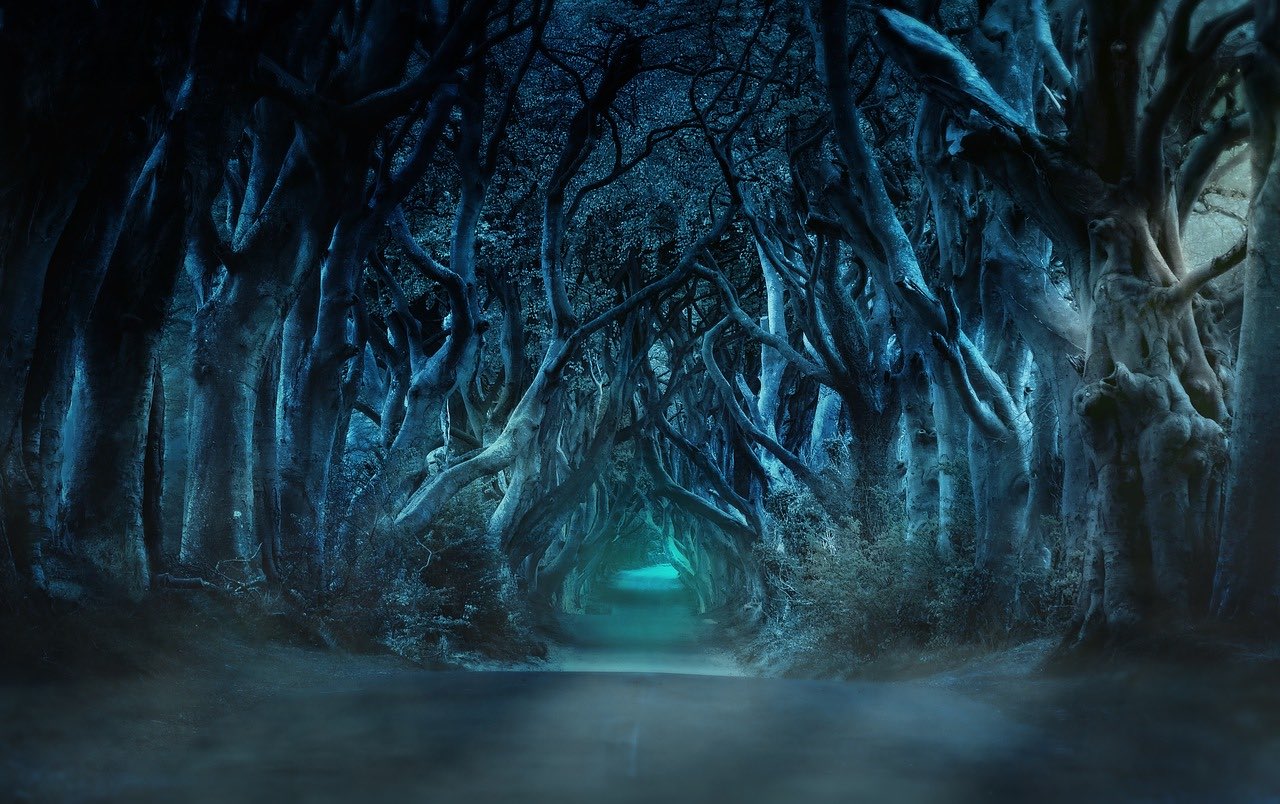 Photo by The Art of Travel Partners 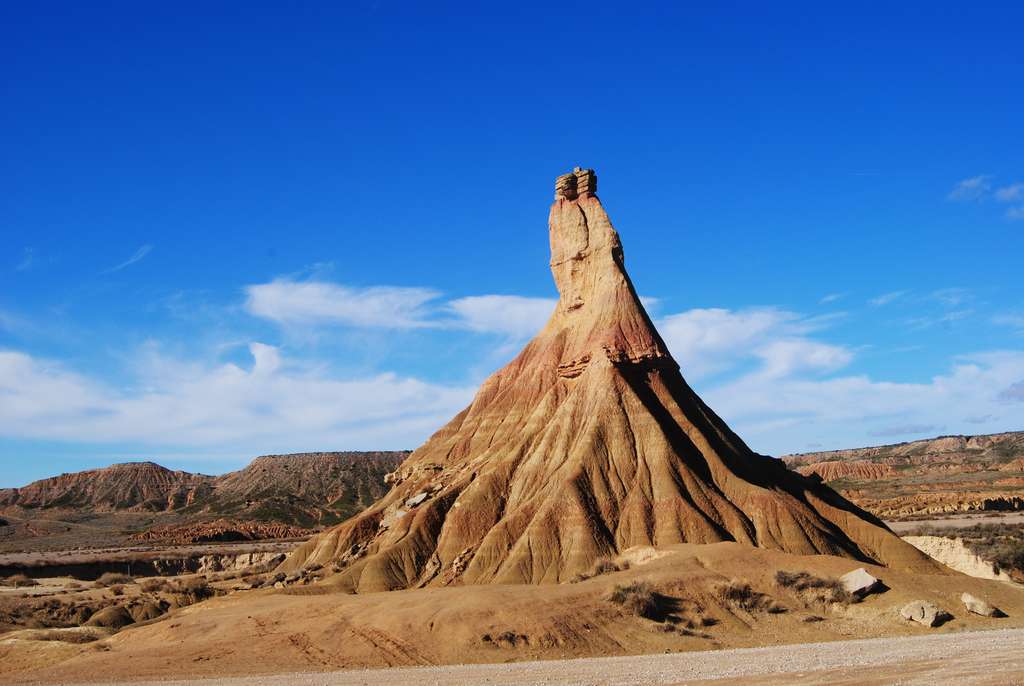 Who would have thought that The Spanish Badlands of clay, chalk, and sandstone would become the favorite of so many viewers!

This out of the world location is the Bardenas Reales near the Town of Tudela, Spain, where the Khaleesi meets another Dothraki Tribe in the sixth season. One of the stunning real-life locations of Game of Thrones. 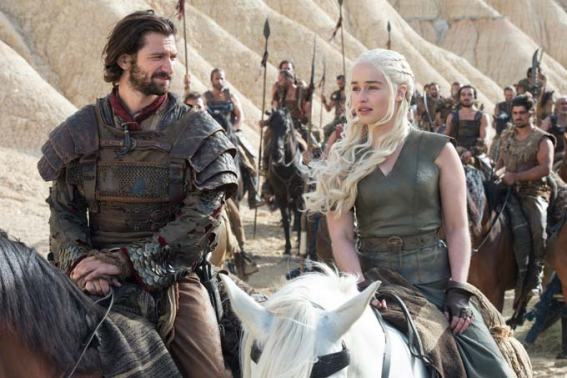 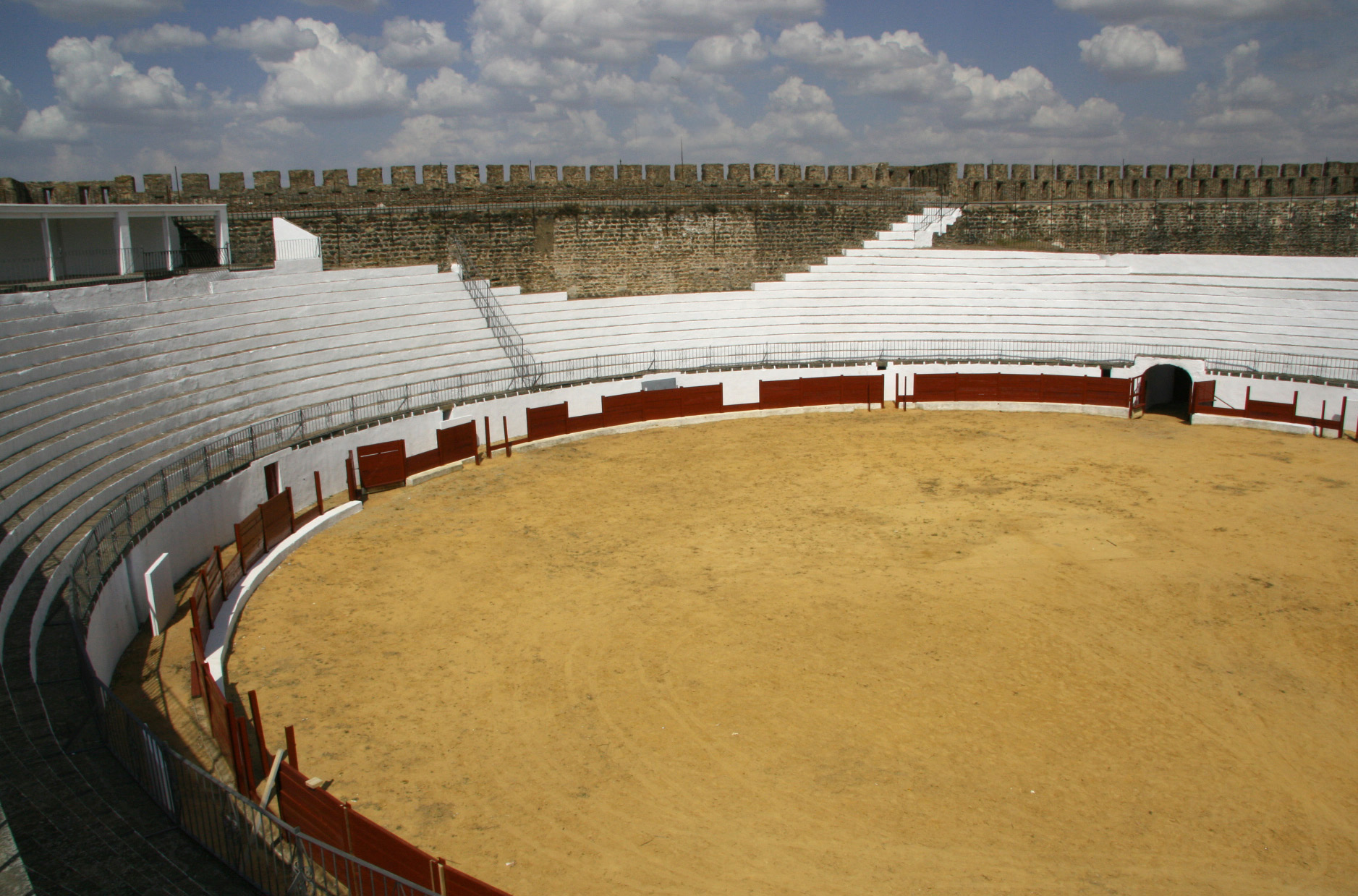 The most expensive scene shot in the entire series of The Game of Thrones as well as the history of Television is in Plaza de Toros, Osuna, Spain. 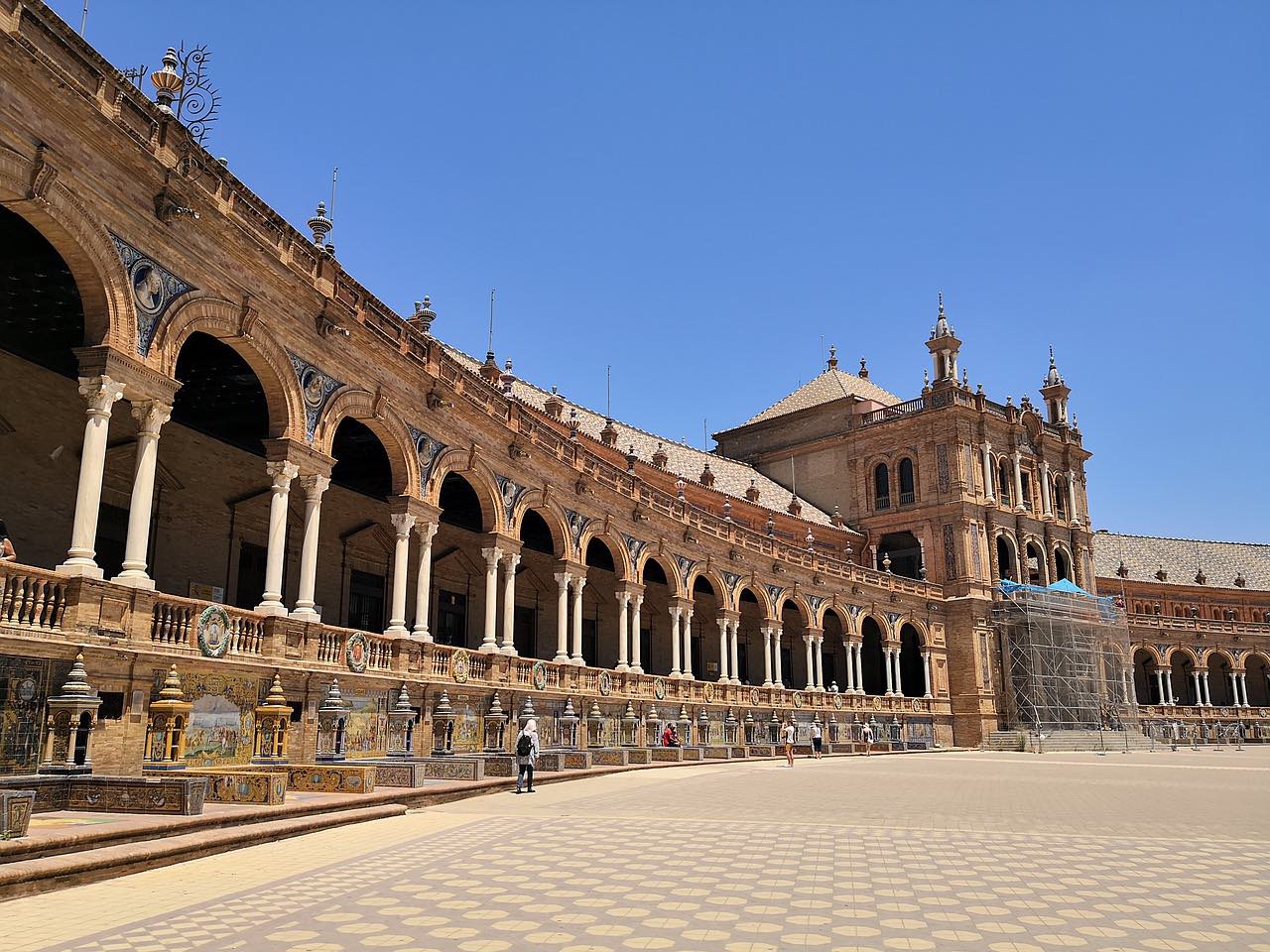 Photo by The Art of Travel Partners

It is the set for the first meeting of Tyrion and Daenerys. Aside from the vibrant shrines, you can enjoy the first GoT themed Restaurant in Osuna Cassa Curro. 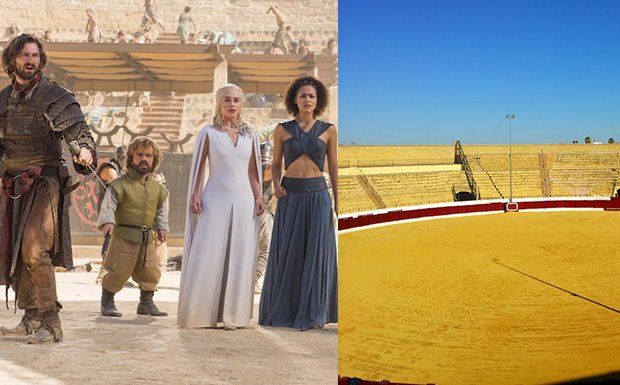 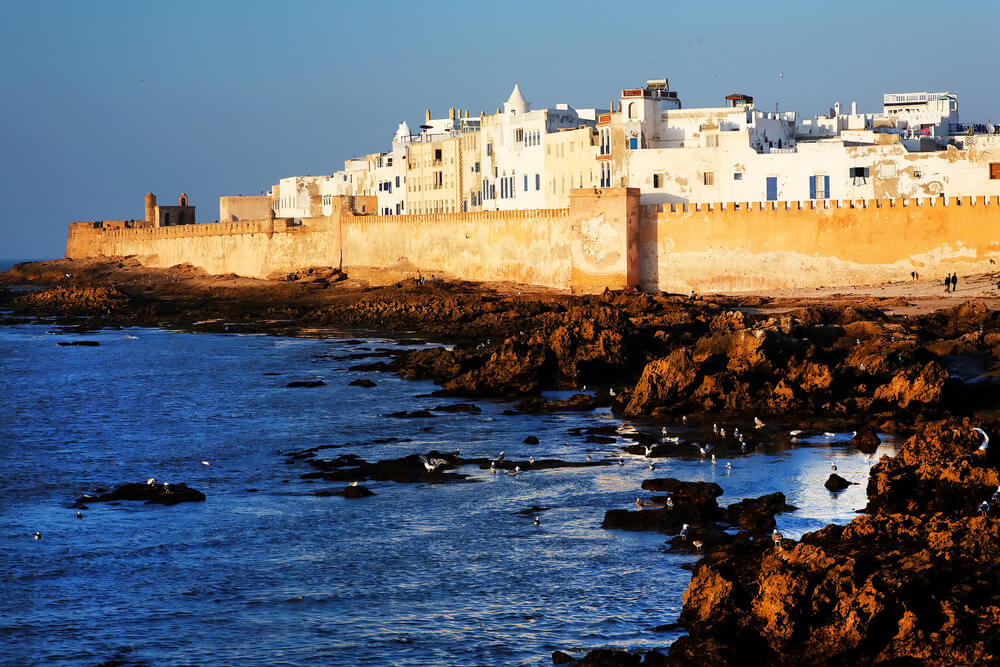 This city is 100 Km west of Marrakech (Morocco), and its Red Walls make it a believable Red City of Astapor, one of the breathtaking real-life locations of Game of Thrones.

It is here that Daenerys buys the army of world-famous unsullied soldiers, “Slay the masters, Slay every man who holds a whip, but harm no Child.”  These are the exact words of the Dragon Queen when she frees the slaves. 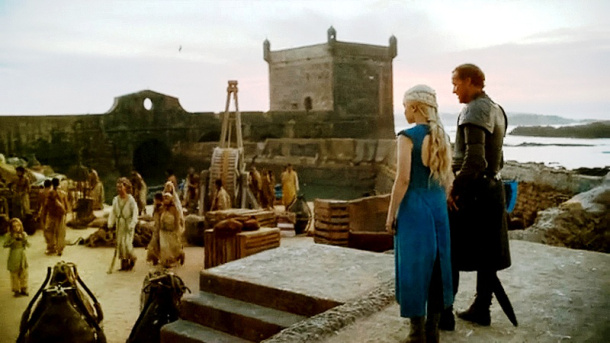 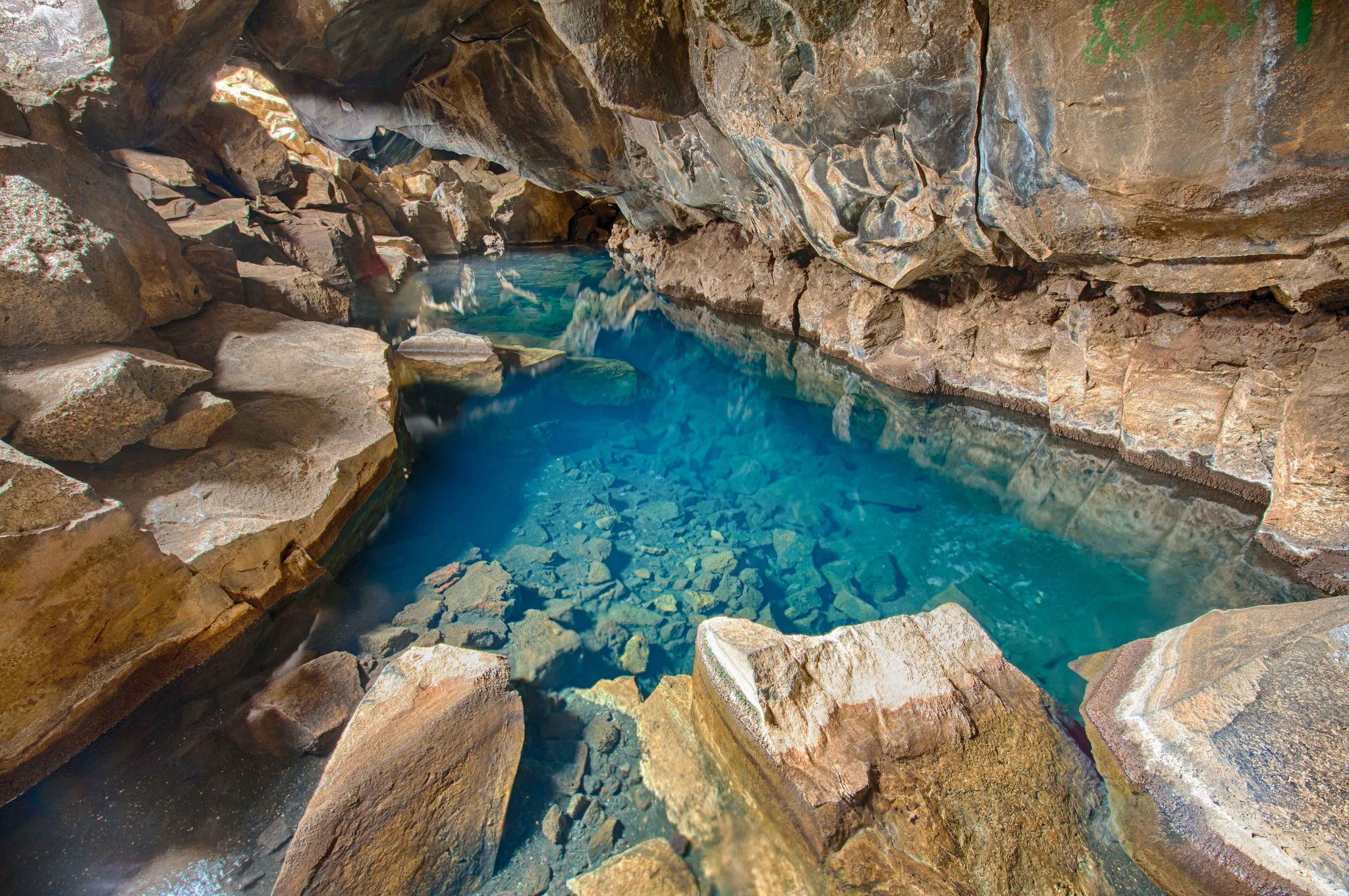 If you wanna get as hot as them, then you can visit this sizzling real-life filming site of Game of Thrones.

If you wanna get as hot as them, then you can visit this sizzling real-life filming site of Game of Thrones. 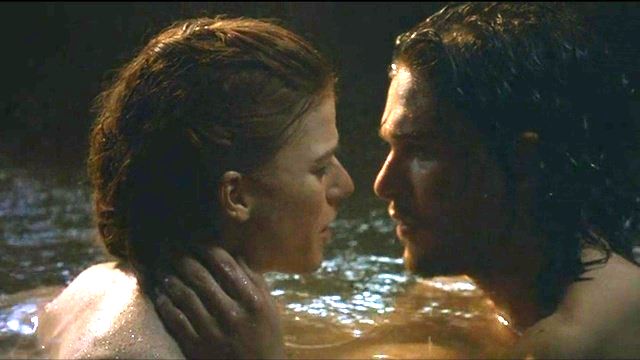 Vatnajokull – North of the Wall

Wonder what lies beyond the wall (except the White Walkers of course!) The largest glacier in Europe sweeps across this frozen landscape in Iceland. You can play dress up as a GoT fan and snap some “really cool” pictures here. 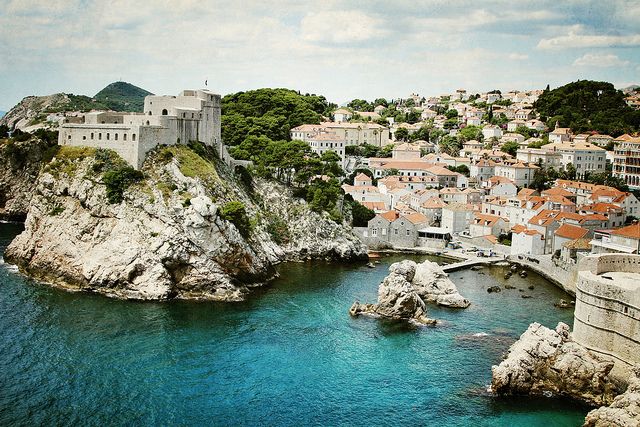 King’s Landing is shot in the Old Town, Dubrovnik, Croatia. We all know that Cersei had that walk of shame a long time coming, but if you would like to know her path of Walk of Shame, then take the steps of Church of St. Ignatius Loyola.

It is where one of the most hated characters of GoT suffered humiliation. That is how close you get to find real-life Game of Thrones Locations. 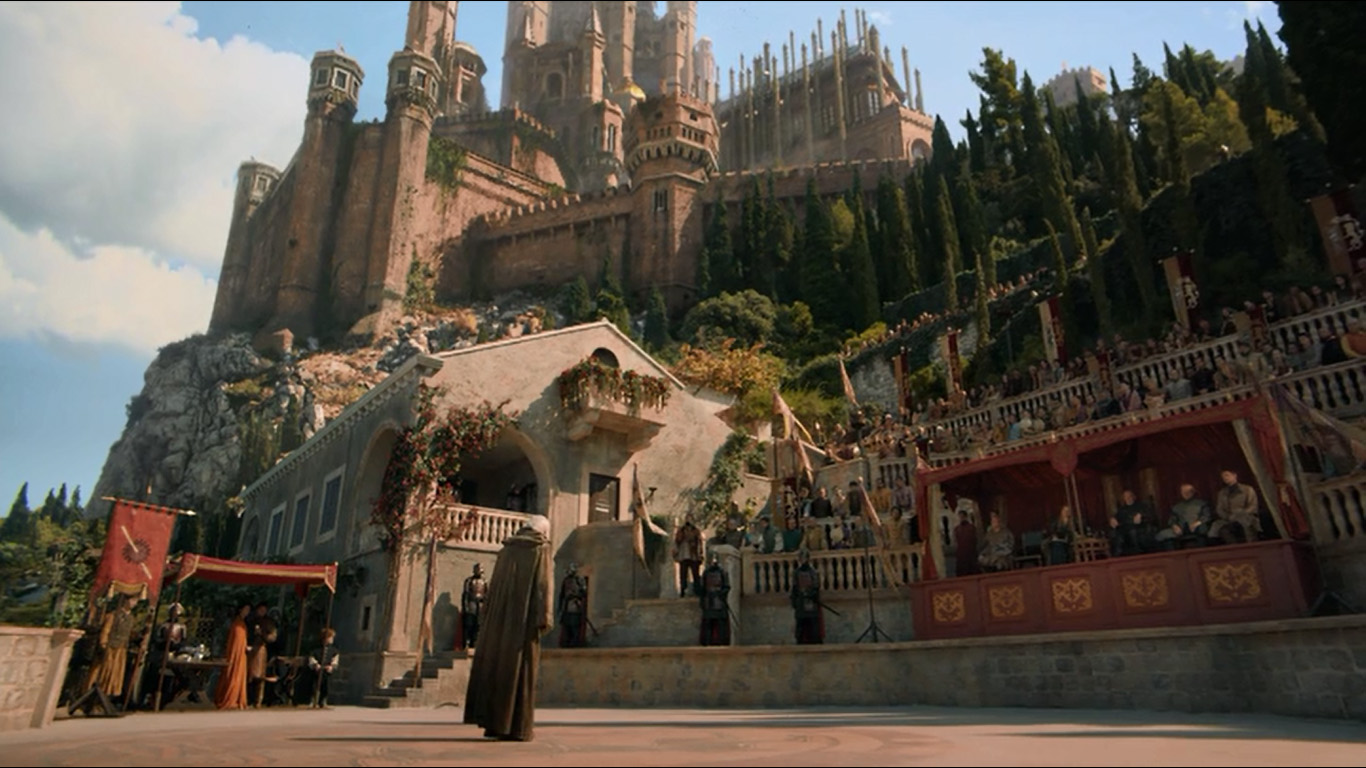 Minceta Tower – House of the Undying

Every Game of Thrones fan remembers how the tiny Drogon and his siblings fried the Undead who tried to lure and trap Daenerys and her dragons.

The House of the Undying is nothing other than the highest point of the Dubrovnik City Walls in this old Croatian City. Or to be precise, it is called the Minceta Tower.

No better Real Life Game of Thrones location than the place where the Mother of Dragons fried her enemies, is there? 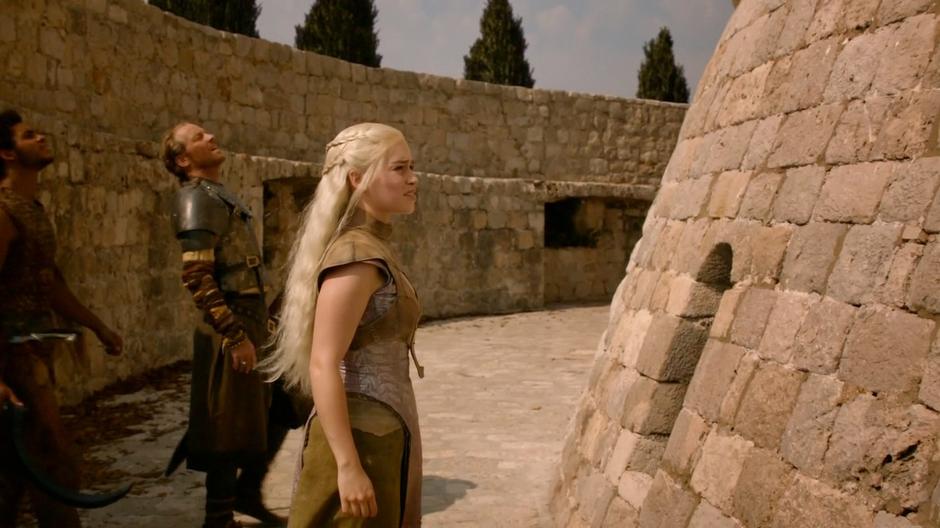 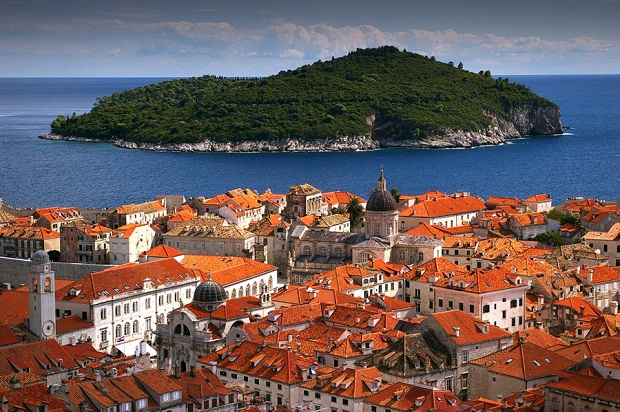 In the season 2, we see a lot of Daenerys in Qarth. The real-life locations of the Game of Thrones’ Qarth is Lokrum (also in Croatia).

It is a small island just a 10 Minutes boat ride from the coast of Dubrovnik. The fortress in which Daenerys stays is one of the highest on the Island which gives you a panoramic view of the Protected National Park. 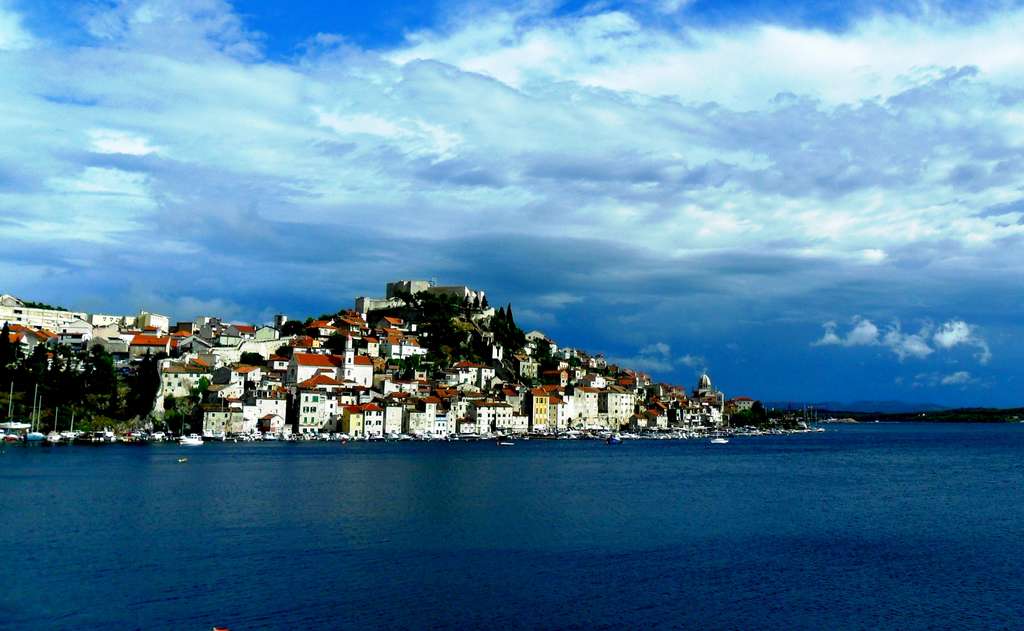 All Arya’s fans know well that her internship at the House of Black and White wasn’t a child’s game. But Braavos is such a city which brings to life the inner wildness of Arya’s character.

Even though most of the House of Black and White scenes were shot on a made-up stage, nevertheless, the real-life locations of The Game of Thrones’s Braavos is Sibenik, Croatia.

It is here, in the alleys and plazas of the old town of Sibenik that Arya does most of her wanderings. 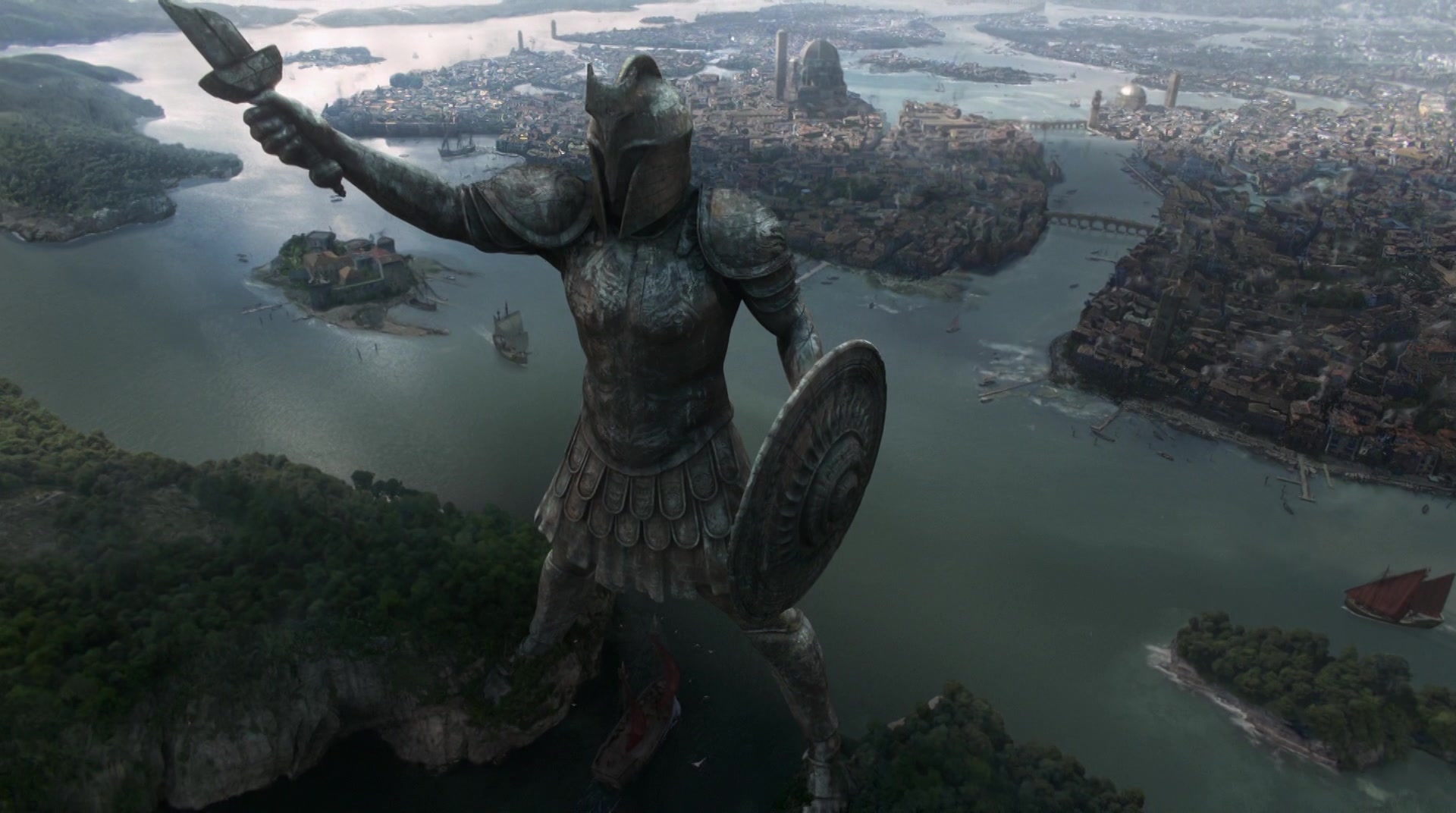 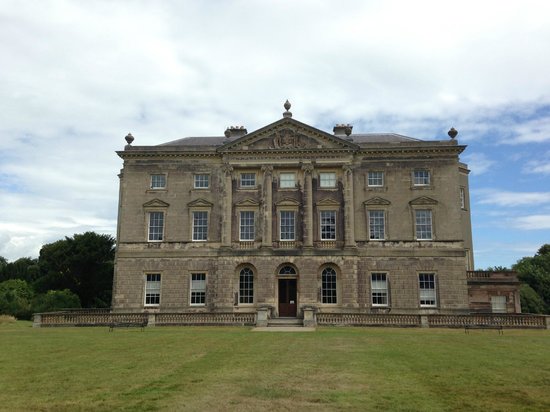 It is in Castle Ward that Robert Baratheon made his entry to Winterfell. The real-life location of Game of Thrones, Winterfell is Castle Ward in Ireland which is a sprawling land of 820 acres.

This gothic and classical architecture, the woodlands, and sunken gardens make you think that you are seriously in the North. 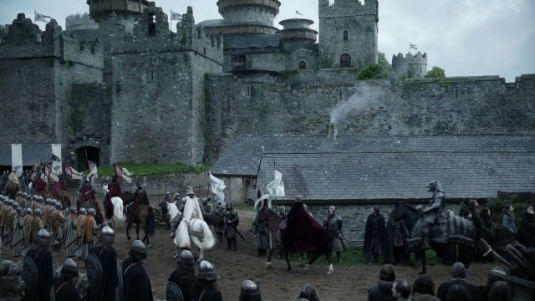 Also, the Doune Castle, a medieval stronghold near the village of Doune in central Scotland, was used as the set for Winterfell in the pilot (pictured below). 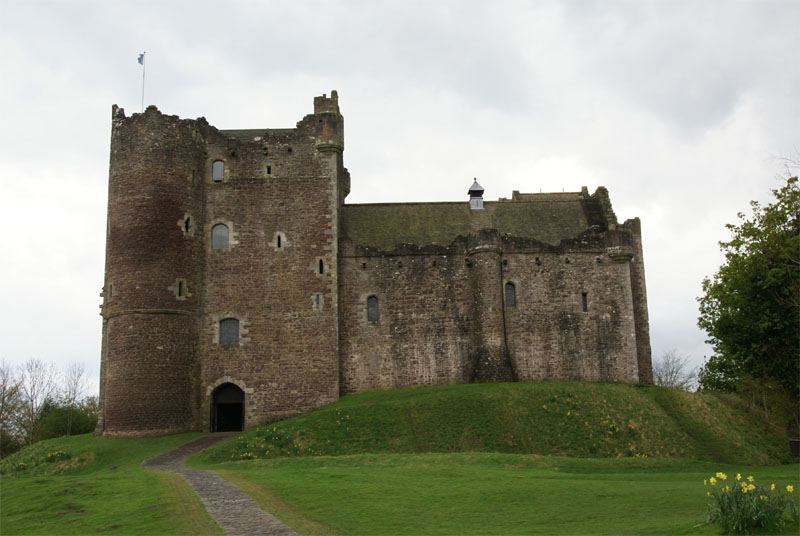 A spectacular dragon skull the size of a double-decker bus appeared to have been washed up on Charmouth beach on Dorset’s Jurassic coast in England. 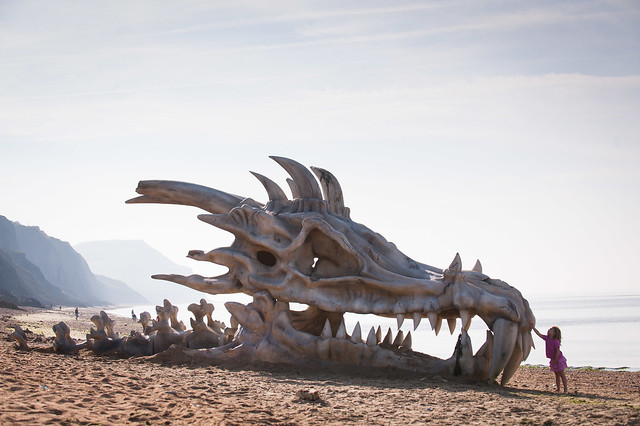 The Azure Window at Ras-id-Dwerja, on Gozo (in Malta), was the site of the Dothraki wedding in season one of Game of Thrones. 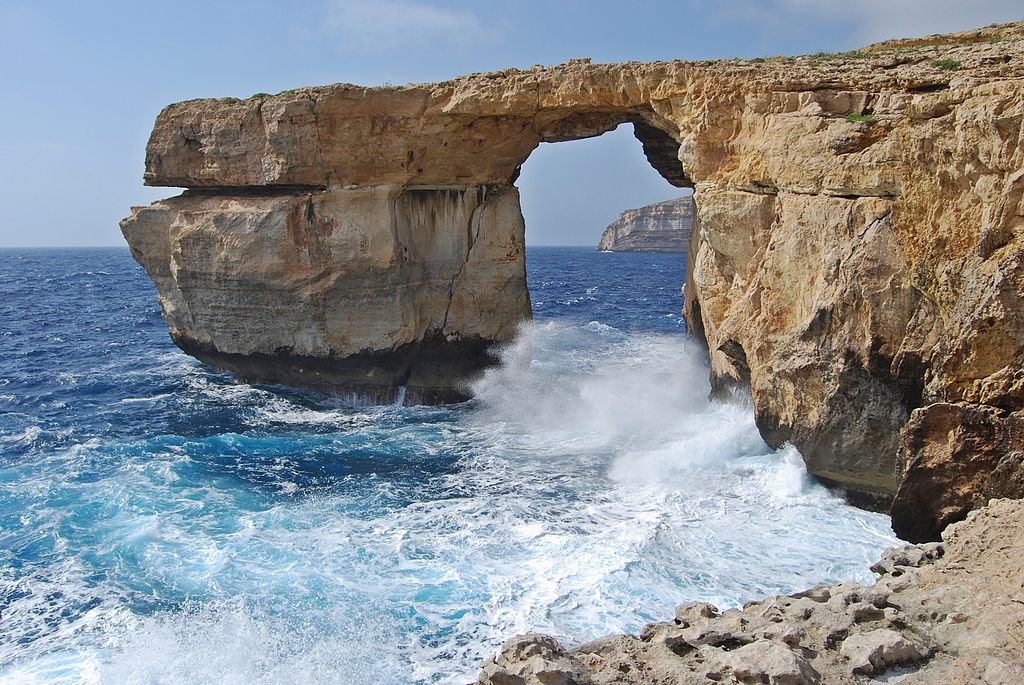 Any fan theories you have got on how the Game of Thrones might end? If so, let us know in the comments! You have one month to figure this out!

Categorized in: Trip Ideas, Did You Know, Film & TV Travel