Croatia is a marvel to behold. Fans of HBO’s Game of Thrones series may already be familiar with this state’s beauty. Television has introduced many to the picture-perfect coastal towns of King’s Landing.

In reality, the set is located in Croatia, a sovereign state that is also at the intersection of Southeast Europe, Central Europe, and the Mediterranean.

Croatia’s capital city is Zagreb. The country is divided into 20 counties. There are more than one thousand islands in the Adriatic Sea Coast. That is why Coastal Croatia is also the perfect description of this country.
Tourists will find luxury yachts in Hvar, among other glamorous places to vacation. The country’s many coves and the Robinson Crusoe also offer serenity to visitors who want peaceful relaxation.

There are six main tourist regions in Croatia, each significant in its own way:

Top Things To Do In Croatia

The ivory-white beaches on the Adriatic coastline are the first step for tourists in Croatia. From there, the fun continues in vibrant historic towns. Beaches, history, and turquoise blue waters appeal to visitors worldwide.

Croatia is between Italy, Serbia, Hungary, and Montenegro. Thus, land surrounds the country on nearly every side. The Adriatic coastline is the only exception to the otherwise landlocked country. Plus, this is where the exotic beaches and gorgeous islands lie.

Croatia is a tiny country, but the amount of UNESCO World Heritage Sites is not. There are several places you must visit during your trip.

This quaint town is where celebrities come to unwind after a tiring schedule. Hvar Town is among the popular Dalmatian Islands. The ancient town square has a cathedral at its center and Venetian styled buildings flank on either side.

Those who are searching for a peaceful trip can head to the hilltop castle. Whereas, those who are looking for adventure can hop on a yacht. There is one rule you must not forget about Hvar town; it is car-free! 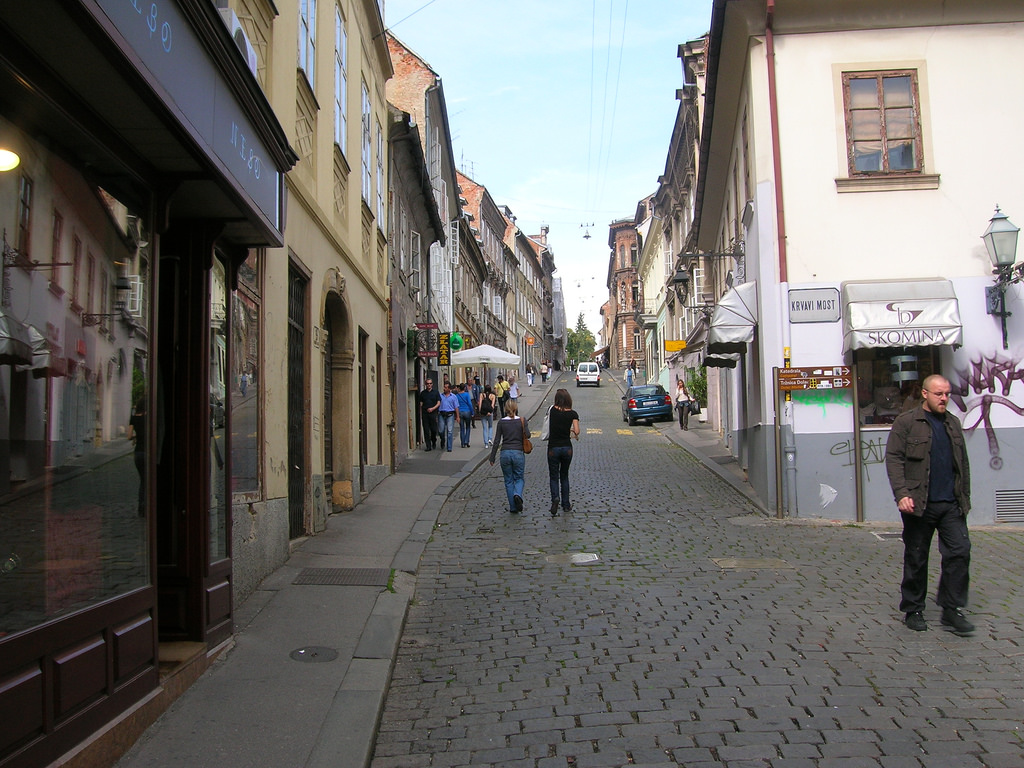 The capital city, Zagreb, also has an extensive history. Gornji Grad is the upper region in the city where you can find numerous historical sights.

The oldest structure is the Tower of Lotrscak, which offers a panoramic view of the city’s skyline. Parliament is an example of a combination of modern and historic architecture.

Cathedrals like the Church of St. Mark are neo-gothic in their architecture. If you have had enough of history, you can enjoy a quirky visit to the Museum of Broken Relationships. 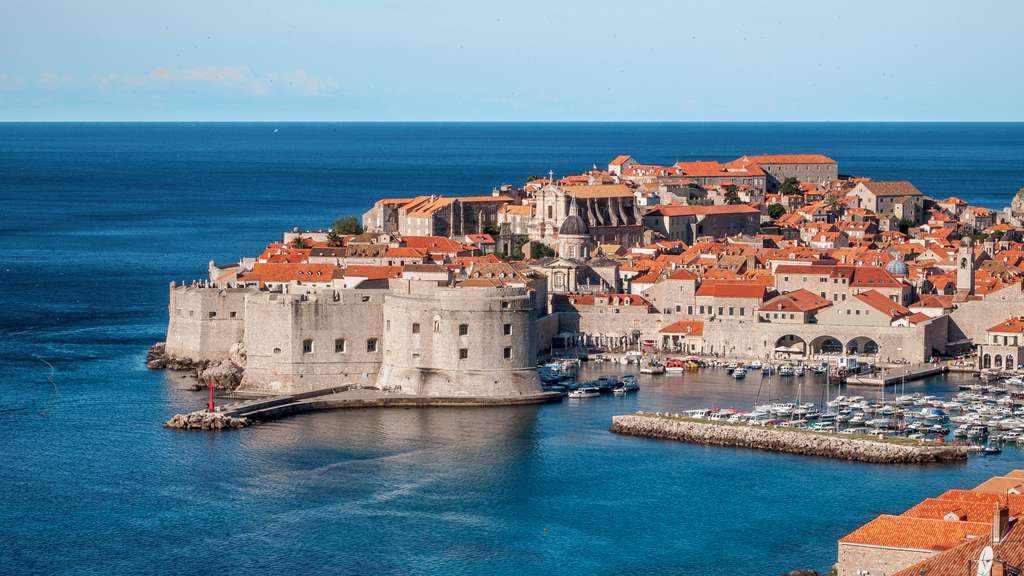 The Central historical hub of Croatia is Dubrovnik. The entire Old Town rests inside the sturdy-looking high walls.

While you are here, take a stroll along the two kilometers of finely crafted buildings and fortresses.

When you climb the walls of Old Town, a scenic view of the Adriatic Sea greets you. Once you step foot in Old Town, history will start repeating itself before your eyes. 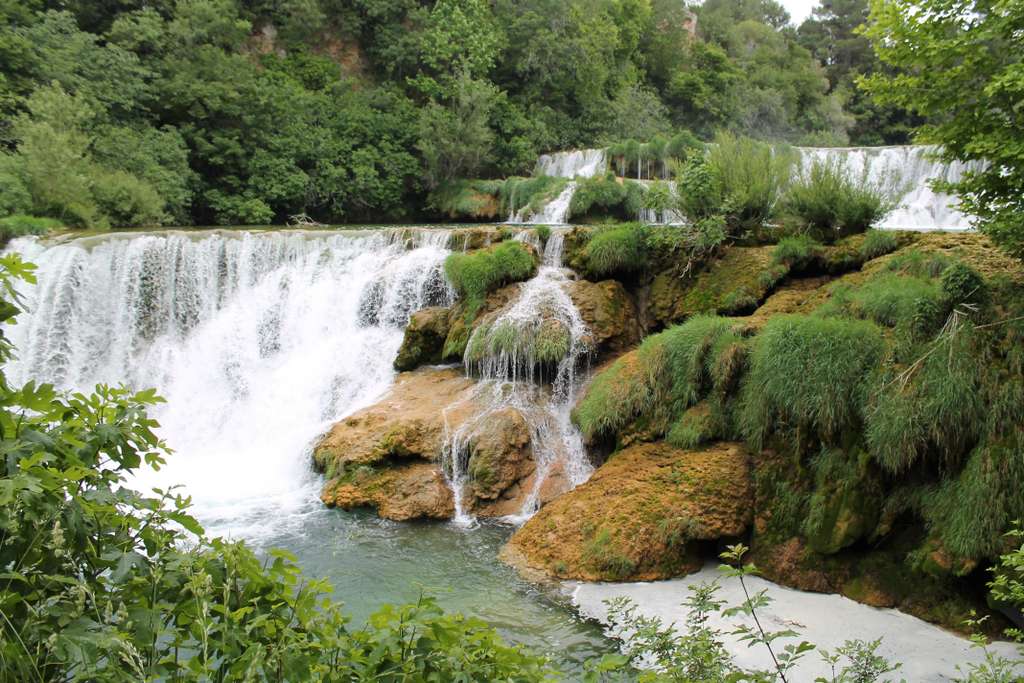 Take a bus from Zagreb, and you will reach Plitvice National Park. It’s untouched beauty in gushing waterfalls and old wooden bridges make it one of the best inland destinations in Croatia.

However, if you want to see bears and wolves, they are hard to spot. Paths around the forests are only accessible on foot. Thus, make sure you pack your necessities.

There are numerous hotels on the fringes of the National Park where you can stay the night. You will want to spend more than one day here. 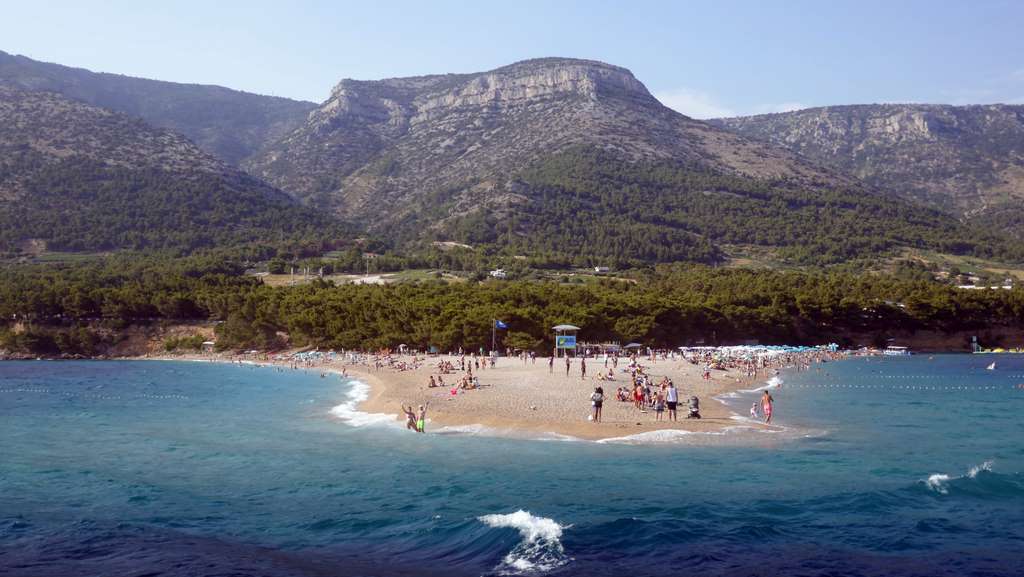 How can a beach be left off the itinerary? The Golden Horn beach runs perpendicular to the Brac coast.

Weather and the wind play a major role in the alignment of the beach. The lush vegetation of pine trees is the backdrop behind the pebbly beach, which is dotted with bright umbrellas and sunbeds.

If you want to do something more than sunbathing, there are various water sports options.

There is no better destination than the birthplace of a famous traveler. Korcula Town is where Marco Polo was born. This medieval town is in South Dalmatia.

Due to its peninsular location, winds are prevalent in this area. Ancient buildings have an aristocratic vibe and are protected from the high winds by sturdy stone walls.

The official language is Croatian. People, who work in tourism, generally speak English freely. The predominant religion is Roman Catholicism.

The official currency is Kuna. The approximate exchange rate is Kn7.25 for US$1. The currency exchange is available in banks and post offices. There are also other facilities and dealers, which have the authorization to exchange money.

All major international credit cards are accepted and the ATMs are widely available throughout the country.

How To Get Around

Taxis are easy to find, safe and have reasonable prices. Also, car hire is available at airports, cities, big towns and leading resorts. The road network is extensive and in a reasonably good condition. Cars drive on the right side of the road.

The electric plugs and sockets are of types C and F, as everywhere in Europe. The standard voltage is 230V.