Did you know that the 180th meridian navigates the entire surface of the Earth from the North Pole to the South Pole? It exists 180° East and 180° West of the Prime Meridian.

However, the only place where roads cross this meridian, and civilization exists, is in Fiji. 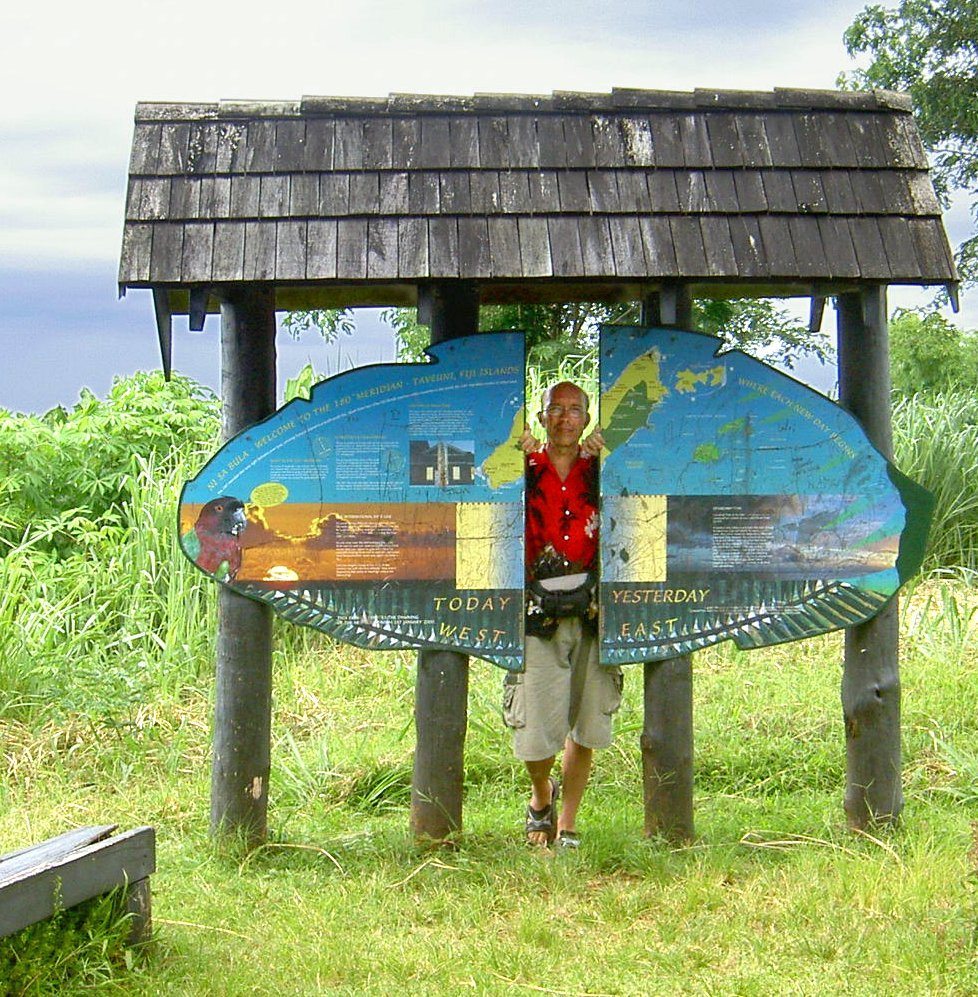 Photo by Paul Lenz shared under CC BY 2.5 license

The 180th meridian is used as the basis for the International Date Line (IDL) because for the most part, it passes through the open waters of the Pacific Ocean without much international water disputes or boundaries.

In reality, the International Date Line (IDL) does not exist. It is an imaginary line roughly based on the meridian of 180° longitude. I would love to go to Fiji and change my day by just taking a step. 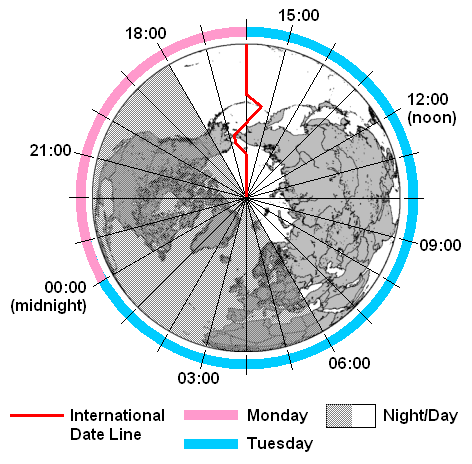 If you cross the date line moving east, you subtract a day, whereas if you are moving west you add a day. For example, if today is Friday and we crossed the International Date Line from west to east then it would be Thursday.

When you cross the date line, you sort of become a time traveler! Cross to the west and it’s one day later; cross back and you’ve “gone back in time.”

Around the World in Eighty Days

The concept behind the International Date Line was used as a plot device in Jules Verne’s novel “Around the World in Eighty Days” published in 1873.

The book’s main protagonist, Phileas Fogg, travels eastward around the world. He had bet with his friends that he could do it in 80 days. To win the wager, Fogg must return by 8:45 pm on Saturday, 21 December 1872.

However, the journey suffers a series of delays and when Fogg reaches London, it’s 8:50 pm on Friday, 20 December, although he believes it’s Saturday, 21 December and that he has lost the wager by a margin of just 5 minutes.

The next day, however, it is revealed that the present day is still Saturday, not Sunday, and Fogg arrives at his club just in time to win the bet.

In journeying eastward Phileas Fogg had gone towards the sun, and the days, therefore, diminished for him as many times four minutes as he crossed degrees in this direction.

There are 360 degrees on the circumference of the earth; and these 360 degrees, multiplied by 4 minutes, give precisely 24 hours — that is, a full day unconsciously gained.

Fogg had thought it was one day more than it actually was, because he had forgotten this simple fact. During his journey, he had added a full day to his clock, at the rhythm of an hour per 15 degrees, or 4 minutes per degree.

So what do you think? Would you like to explore the 180th meridian and make it in some sort of trip idea or bucket list? Please leave your thoughts in the comments below.

Categorized in: Trip Ideas, Itineraries, Did You Know