Denmark is a beautiful country in Europe. Norway, Sweden, and Germany surround it. Travelers here have the opportunity to discover breathtaking landscapes at every turn.

Denmark is home to friendly people. Their friendliness extends to the environment as well and Denmark takes pride in being an eco-friendly country. There is a variety of jaw-dropping attractions for tourists.

Winter in the Danish landscape is a frozen wonderland. White sandy beaches are crisp and relaxing. Plus, the Castles create a fairy tale experience. You can select destinations according to your tastes.

A group of 443 named islands also make up this country. 373 of these islands remain uninhabited. Zealand is the largest island and is home to a vast population. Copenhagen is also here and is Denmark’s capital.

Things To Do In Denmark

Denmark has become a very popular destination for tourists. Both Sweden and Norway influence the culture, allowing for a beautiful multicultural experience for travelers.

There are numerous places in Denmark you can visit. Among the popular tourist spots of the capital city, are the Tivoli Gardens, the Freetown Christiania and the statue of Little Mermaid, the icon of Copenhagen.

Around the city, you will also find famous Kronborg Castle and the Louisiana Museum of Modern Art. By the way, Roskilde Festival, held 30 km away from the capital, attracts 100 thousand guests annually.

Explore the unique architecture of the cities. Enjoy the beauty of this country, in both natural and human-made forms.

There are other, also very popular among visitors, regions of Denmark as well. Bornholm is an island with a variety of rocky seascapes, magnificent fishing villages, and sandy beaches.

Funen is a place of birth of Hans Christian Andersen and has many fascinating sites, connected with the lifetime of the famous writer.

Jutland also offers a variety of attractions, such as the Legoland, Jesperhus Flower Park and the island of Mors.

This palace has stood on the island for 800 years. Consequently, the walls of the fortress tell the history of Danish royalty. Luckily, most of the palace is open to the public. Interestingly, the T.V. series ‘Borgen’ features several scenes from Christiansborg Palace.

Bishop Absalon’s Castle was built around the 11th century AD, near Christianborg Palace. Unfortunately, the castle did not have the lasting power of the Palace and it is now in ruins. Currently, Christianborg Palace is the central base of politics in Denmark; thus, the Royal family resides there. However, you can visit the remainder of the public quarters. 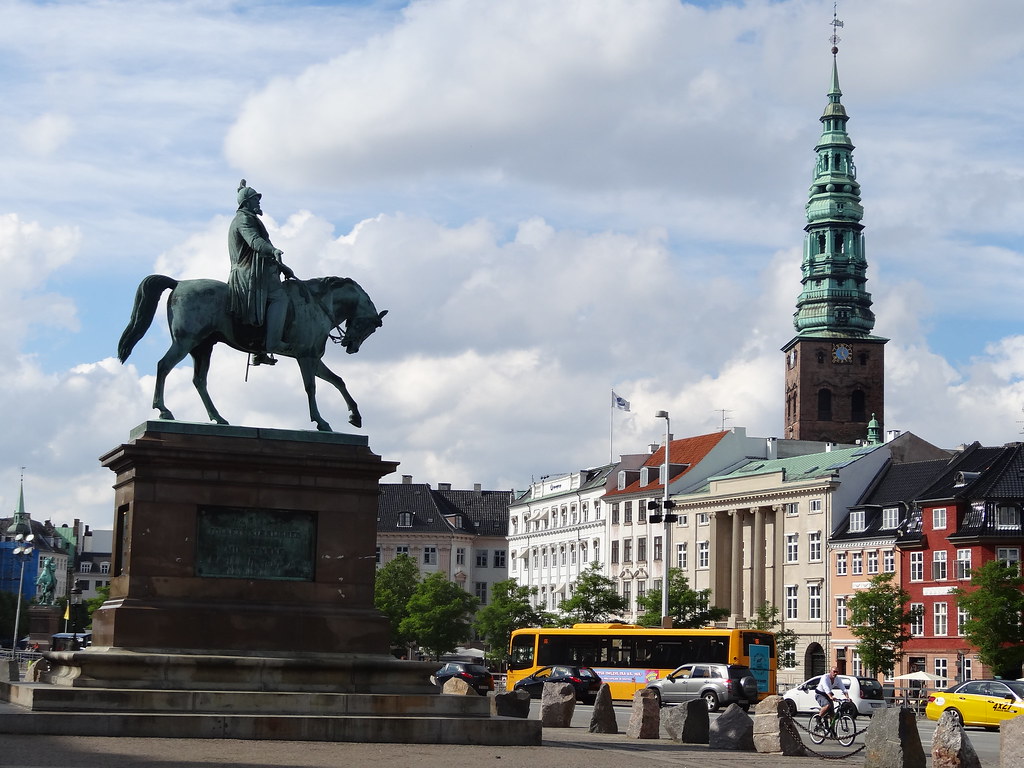 Coming from the palace you will find Nyhavn quirky. The bright line of boats along the harbor is lovely. You can even take a harbor cruise just to enjoy the brightly colored buildings and ships along the coast.

Plus, a few of the ships form a museum. Imagine going inside a ship to find ancient artifacts. Furthermore, Café culture originated from the cafes in Nyhavn. Many tourists visit just to stroll around Nyhavn, sipping coffee.

Established in 1843, this park has everything from huge roller coasters to cute puppet theaters. Plus, there are cafes and restaurants in Tivoli that serve fantastic food. The Garden has even inspired Disney theme parks.

Furthermore, concert halls within the Garden host free concerts in the summers. Plus, winters are an exciting time to visit. If you choose to visit during the winter, you will get to enjoy Tivoli glittering with Christmas lights. Besides, the nighttime in Denmark is absolutely stunning as fireworks glitter in the dark blue sky.

This 8 kilometers long bridge joins Copenhagen and the Island of Zealand, two iconic places in Denmark. The bridge has become a symbol of Scandinavian culture. Plus, it is globally acclaimed. It initially gained popularity after being featured in the Swedish drama series, ‘The Bridge.’

You can ride along the bridge or even take a train. Furthermore, it not only connects to Zealand but also to Maimo, which is one of the largest cities in Sweden. Cross this iconic bridge and make history.

Kronborg is on Helsingoer’s must-see sights. This exquisite castle has existed for centuries. The architectural style dates back to 1624, but it was renovated in the 1900s. Also, it is one of the UNESCO World Heritage sites. Not only that, but this Castle was also an inspiration for Shakespeare’s Hamlet.

The castle survived a fire in the 17th century. After the fire, the southern wing underwent renovation. You will be amazed at the German wood carvings throughout the castle. Plus, the Grand Ballroom will make you want to relive the 18th century.

You will want to dance across the floors into the wee hours of the night. The intricate tapestries in the west wing are just an added charm. You must visit this magnanimous structure in Denmark.

It is a socially progressive country. Academic achievement is also notable here, with both Tycho Brahe and Niels Bohr hailing from this country. It also boasts traditional music, art, and literature.

Exploring here will introduce you to a variety of cultures, as each of the various islands has its folk traditions. Visitors have the opportunity to learn something new from each region.

Danish is the official language. Locals also speak Faroese, Greenlandic, and German. The Church of Denmark is the most prominent religious faith followed by the population.

The official currency is Danish Krone. The approximate exchange rate is kr7.15 for US$1. The currency exchange is available at banks. However, some facilities may refuse to exchange large foreign banknotes.

All major credit cards are widely accepted and there are plenty of ATMs throughout the country, though mainly in urban areas.

Getting Around In Denmark

Car hire is widely available through travel agents and airlines. You need to be over 20 (in some cases, over 25) years old to rent a car. Roads are in good condition here.

However, due to the road system in the Danish archipelago, you will need to use ferries frequently. Cars drive on the right side of the road here.

In Denmark, they use electric sockets of two types: C (as everywhere in Europe) and K (particularly Danish type). F-type plugs are also applicable. The standard voltage is 230V.