5 Iconic Destinations in the United States

The United States is a carefully woven maze of magic that is exciting to discover. The salty breezes of beaches call to you. Whispering echoes invite you to view the heights of the Grand Canyon. 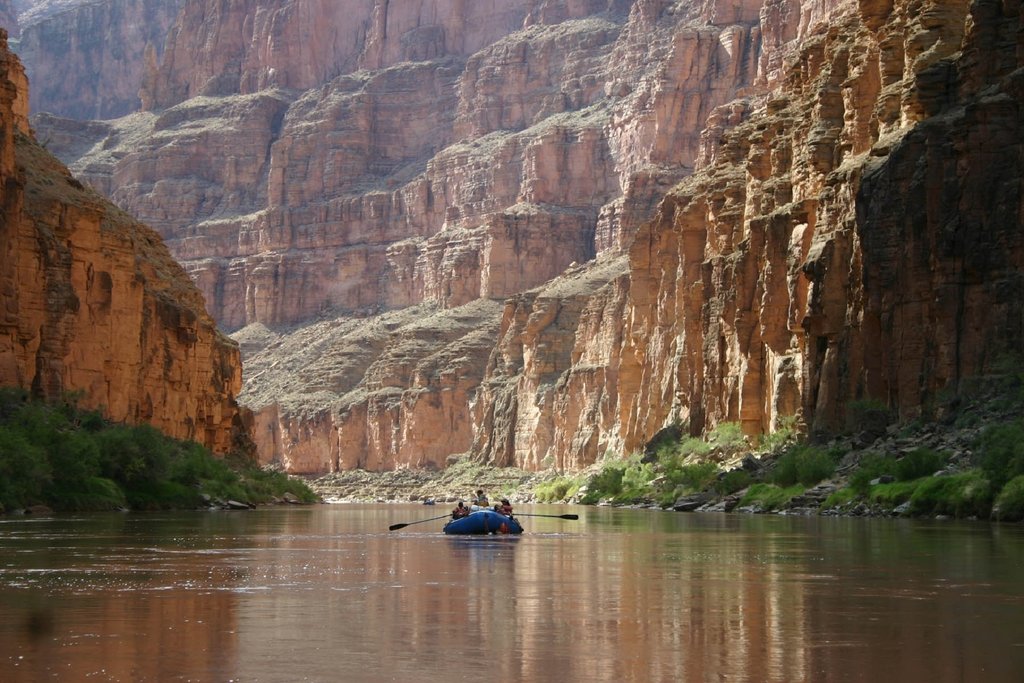 The warm sunshine in winter tempts you to go to the Rockies, to enjoy their favorite past time, skiing. Thrumming Jazz music on the streets makes you dance in tune with the energy of New Orleans. 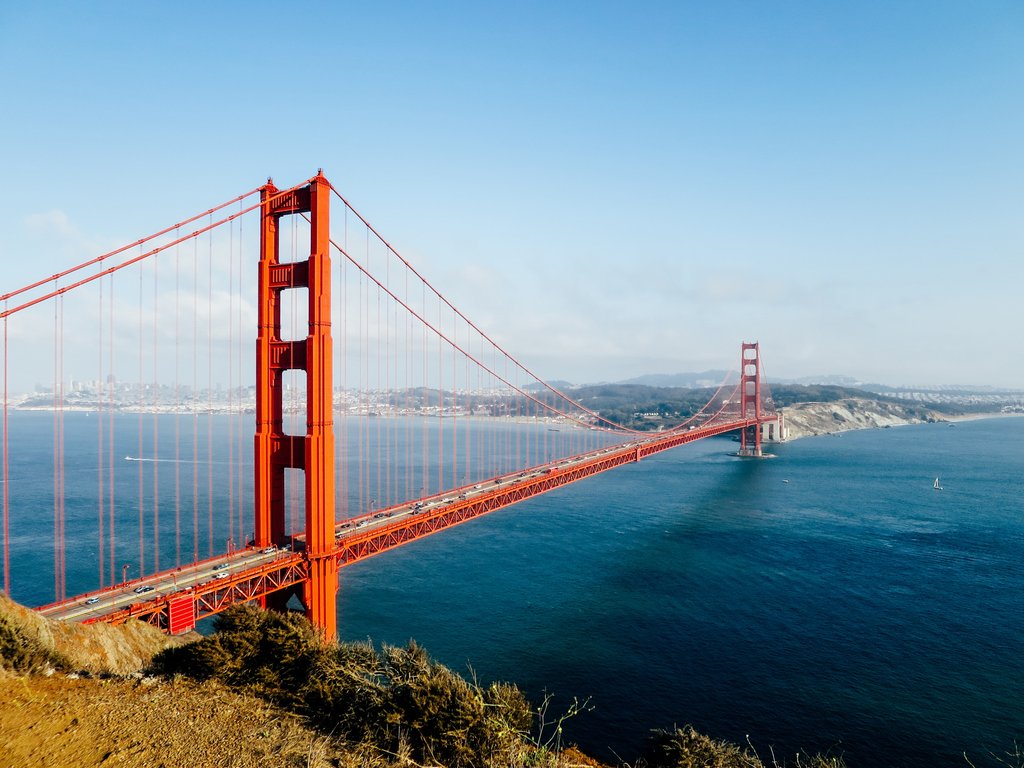 Like a chariot adorned with sunshine, the Golden Gate Bridge awakens the romantic in you.

From the pristine beauty of Alaska to the eye-popping skyscrapers of New York, America is an incredibly diverse nation, which provides an impressive array of entertainment. 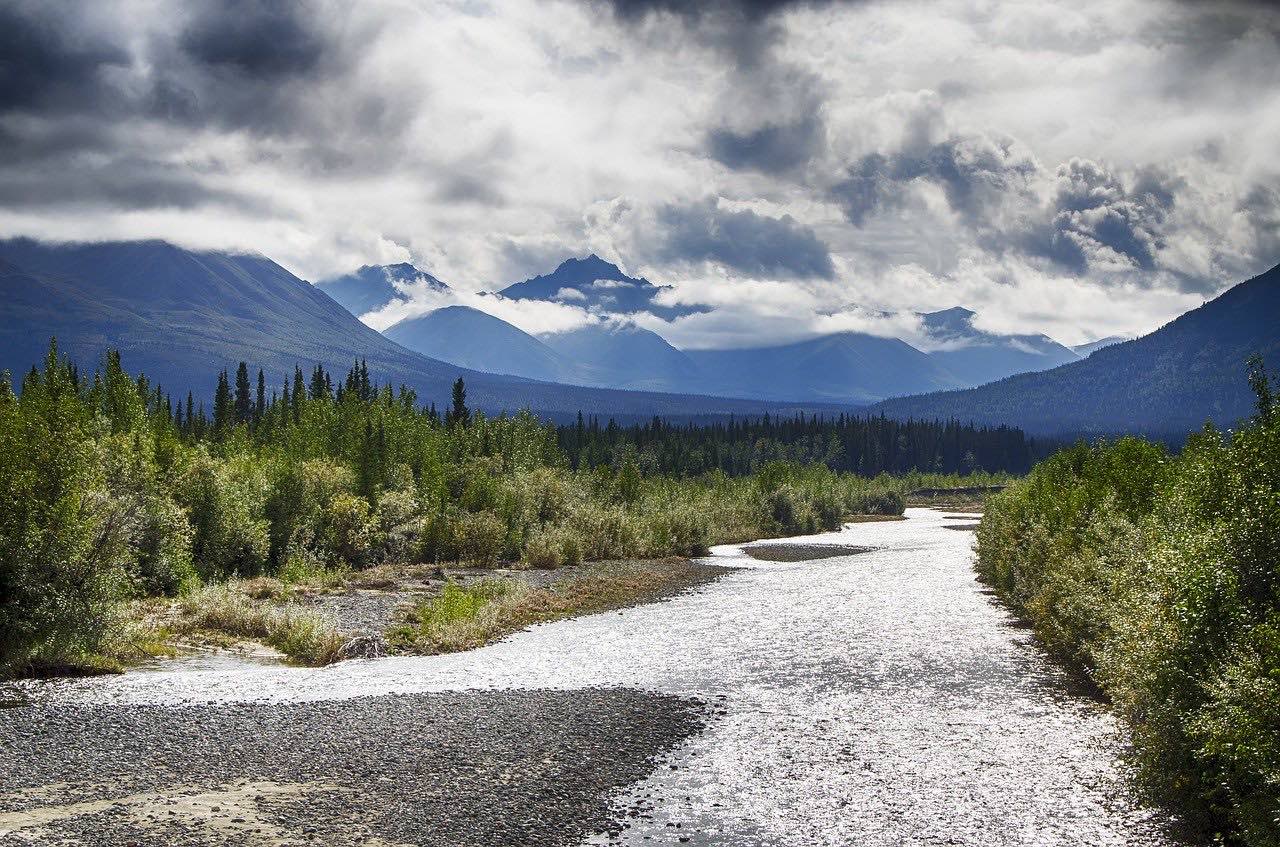 We have carefully selected the top iconic destinations that define tourism in America. They range from natural to architectural.

“I believe in evolution. But I also believe, when I hike the Grand Canyon and see it at sunset, that the hand of God is there also.” ~ John McCain

The majestic magnificence of the Grand Canyon is hard to describe in mere words. It would be a futile attempt to do justice to the 1.2 million acres of exotic beauty.

The Colorado River created this unique structure over the course of centuries. From the river to the rim you will find an ecosystem so rare that it is hard to find anywhere else in the world.

Imagine California Condors flying over the clear blue skies, while the Coyotes sing their song.

You may feel like an expert tracker while looking for wolves throughout the valley. However, you will have no difficulty finding tiny fluffy squirrels that are so cute you will want to take them home.

Your muscles will cramp, sweat will pour, but the epic moment of hiking Grand Canyon will be a lifelong memory. If you want to cool off during the hike, try swimming in the pools of the Mountain Valley. 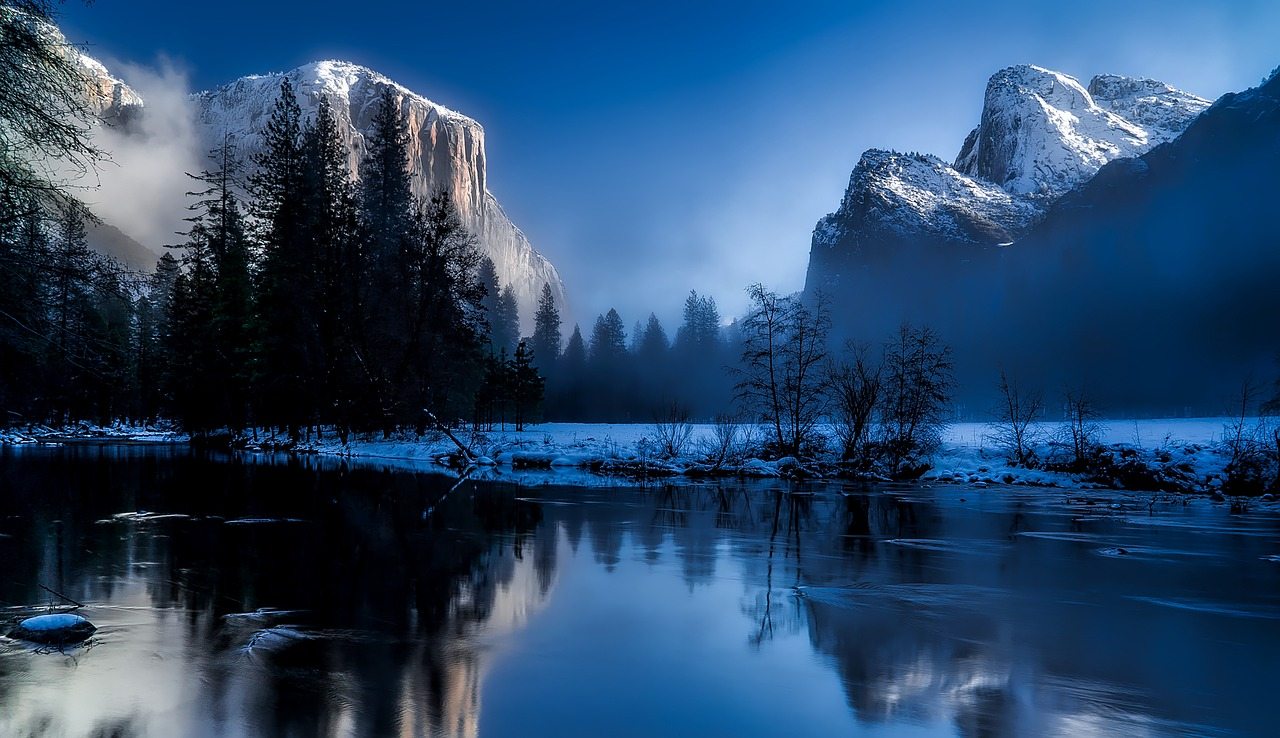 “In the wilderness, I sense the miracle of life, and behind it, our scientific accomplishments fade to trivia.” ~ Charles A. Lindbergh

Under the blanket of blue sky, Yellowstone National Park is full of every blessing of nature. It is the only place on Earth where you can view the highest number of colorful hot springs.

The highest lake in North America, Yellowstone Lake, is the namesake of the park.

Valleys scattered around the park are home to diverse wildlife. In these valleys, you can spy on grizzly bears and bison. Furthermore, the park occupies a vast area. Consequently, it is split into eight groups for easier access.

The Giant Prismatic Hot Spring looks like it belongs on Mars. The dark blue center fades into orange splashes along the edge. Plus, the beautiful Bridge Creek winds through the vegetation forming a natural bridge.

Gushing streams, graceful basins, roaring streams, and swelling waterfalls are in every corner of the park.

“The first time I saw America was from my perch on the mast of a Spanish naval ship, where I could spot Statue of Liberty reaching proudly into the open endless American sky.” ~ Jose Andres

A token of freedom given by France to America stands proudly on Liberty Island. Gustave Eiffel, the man who built the Eiffel Tower, also built the Statue of Liberty.

This 305-feet-high statue depicts the Roman Goddess – Libertas. Piercing the skyline of Manhattan, it best symbolizes the character of America. 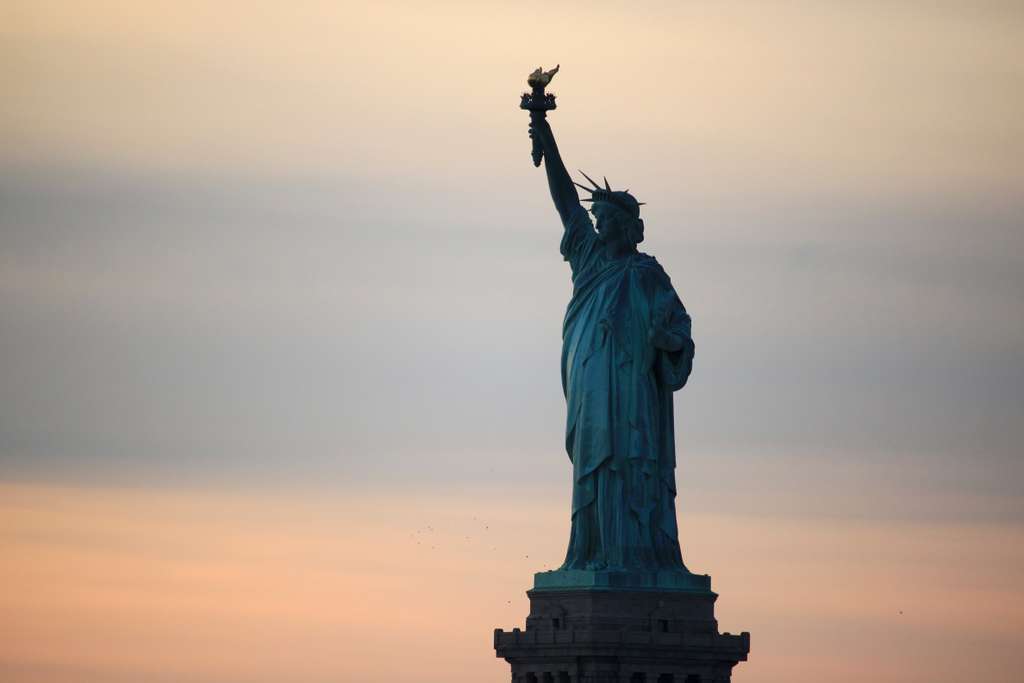 You need to take a ferry ride to reach Liberty Island from Jersey City. Once you enter the monument, it is free to look around and explore the American masterpiece.

The stairs wind up from the base of the statue to the crown. You must book a reservation ahead of time to have access to the top. This copper enigma is an emblem of peace and freedom for the entire country.

“Things do not happen; Things are made to happen.” ~ John F. Kennedy 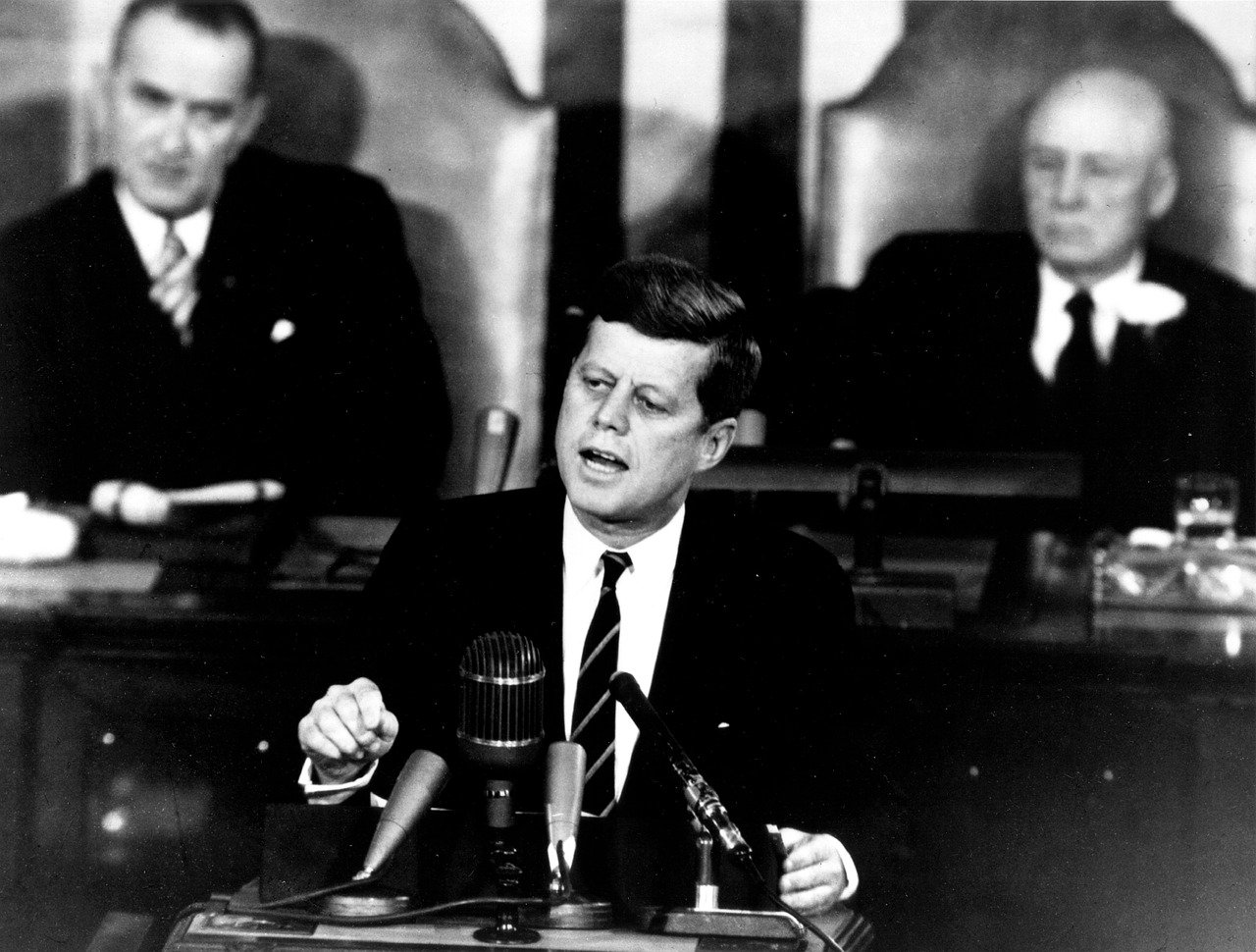 America might be a young nation, but the history still runs deep. The assassination of John F. Kennedy occurred in Dealey Plaza in 1963.

The Sixth Floor Museum now stands on the site of the assassination. The museum displays the planning hub of the sniper, which was redesigned and displayed here.

The general aesthetic of Dallas is super-modern. However, Dealey Plaza is a reminder of that time when Mrs. Kennedy was drenched in red blood and the nation suffered a great tragedy.

“So that the monotonous fall of waves on the beach, which for the most part beat a measured and soothing tattoo to her thoughts, seemed consolingly to repeat over and over again…” ~ Virginia Woolf

The elegant curving shoreline of Hanauma Bay beach in O’ahu Hawaii is no exception. Volcanic eruptions formed this ancient caldera, which eventually eroded to form the bay. 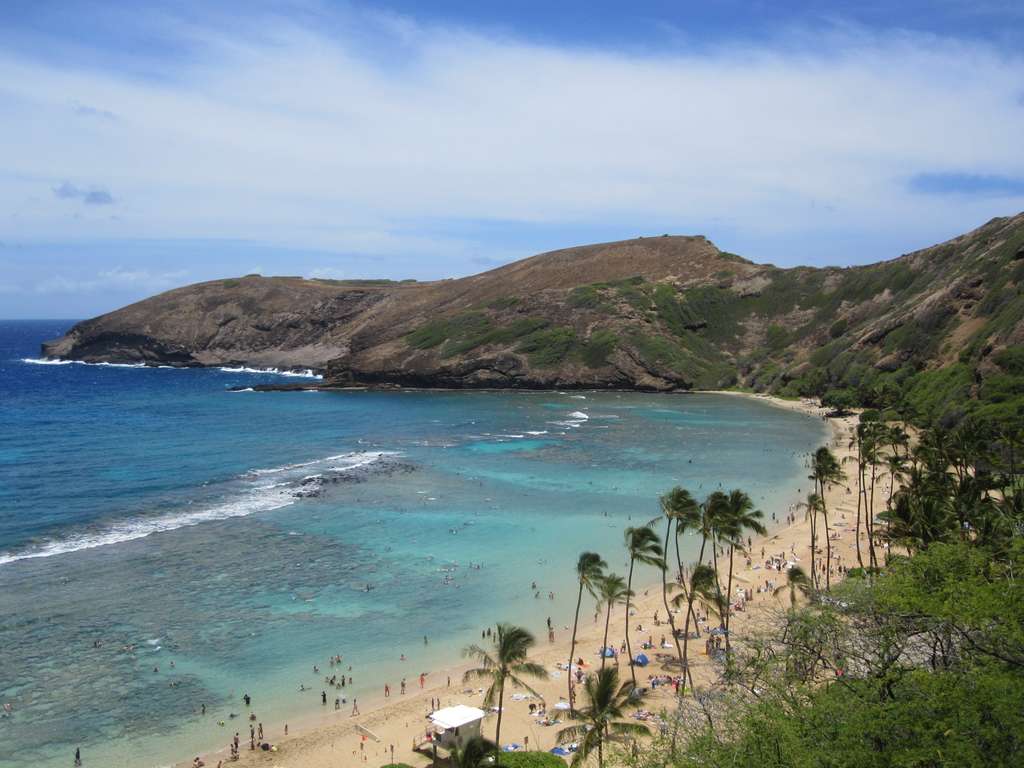 The turquoise blue water has a plethora of coral displayed across the ocean floor. If you do not harm marine life, you are allowed to snorkel in the bay.

The beach closes every Tuesday to replenish the ecosystem since it is a maritime natural preserve.