Visakhapatnam, also known as Vizag, is the largest port city in Andhra Pradesh. Vizag is sometimes called The Goa of the East.

Although, primarily an industrial city, it attracts many tourists due to its good year-round weather, unspoiled sandy beaches, well built and beautiful parks, ancient Buddhist sites, and nearby scenic areas, such as the Araku Valley.

Things To Do In Visakhapatnam 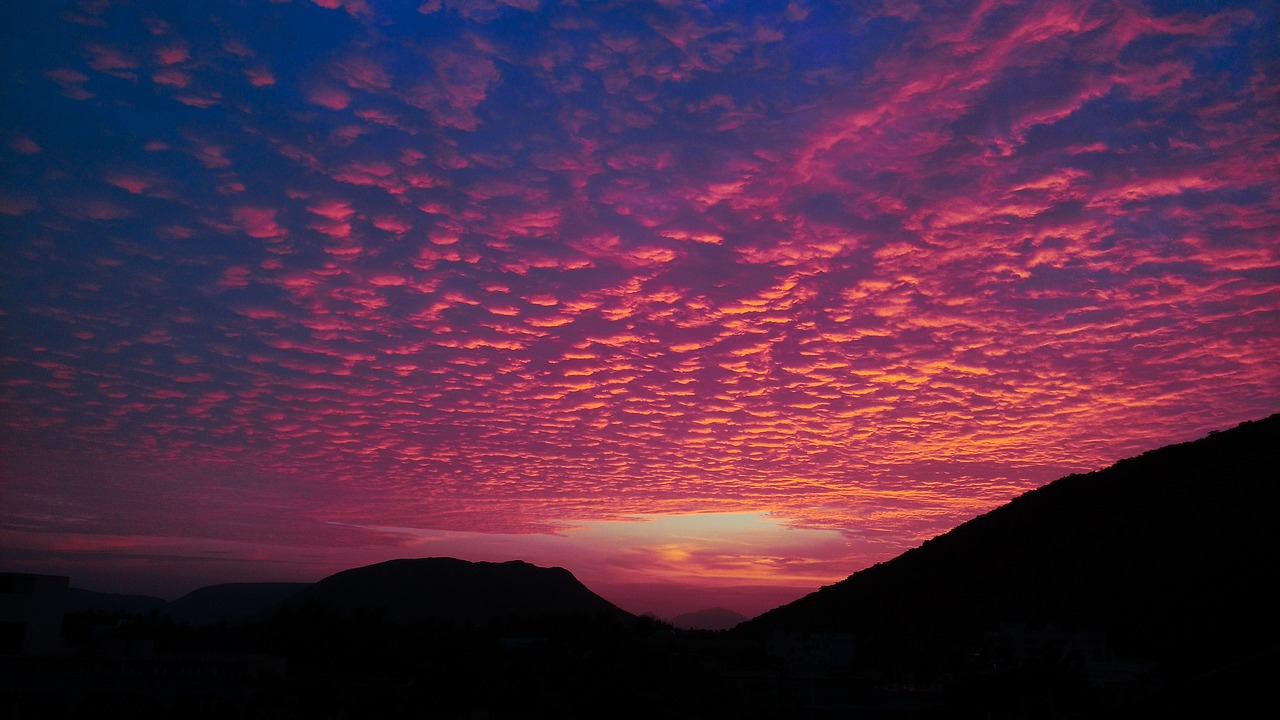 More than anything else, Vizag is known for its beaches. It boasts a number of beaches that are scenic and uncrowded. A few virgin beaches span along the eastern side of the city and stretch for miles.

CAUTION: Swimming in these beaches can be dangerous. Dozens of people have died swimming here, due to treacherous tidal jets and rocky terrain. Exercise caution, use floating vests and go in the group.

R.K.Beach is the most popular beach in the sense that, you can find the locals hanging out during the hot summers, and relatively less hot winters. On weekends and holidays, one can see that the entire beach comes alive, but not in a western sense where people take a plunge in the water or surf.

You can see people dressed in their best clothes, just sitting on the benches, or walking along. 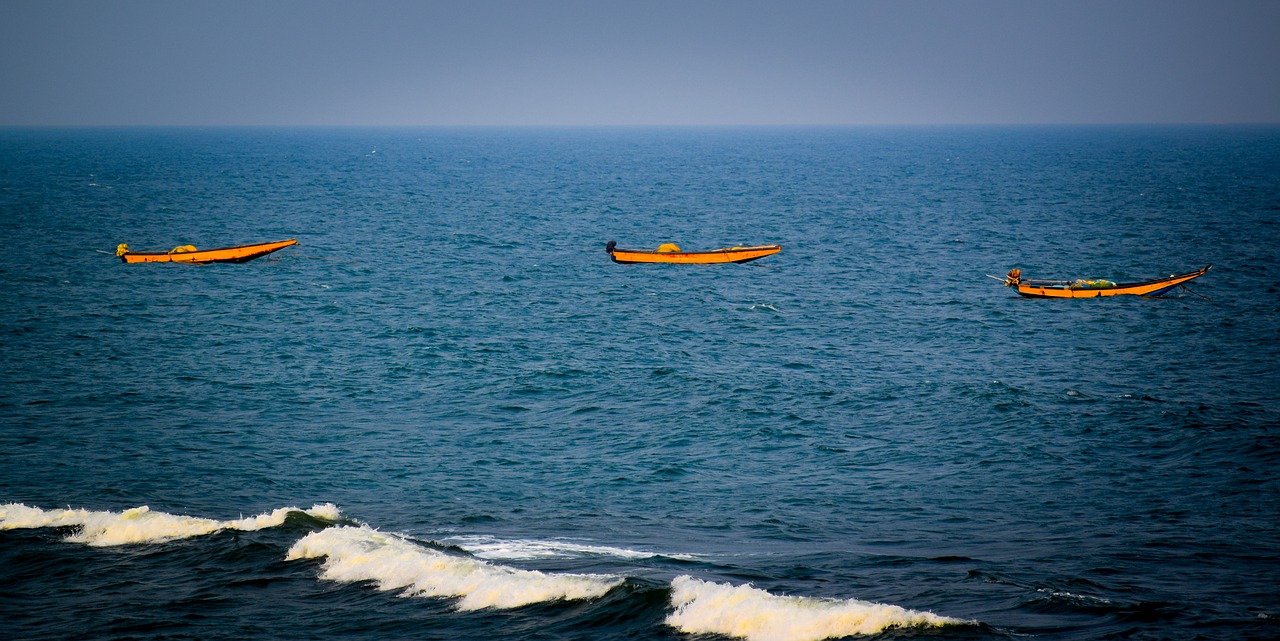 Photo: You can kayak and surf on most Vizag beaches / Art of Travel Partners

Located just 11 km away from the city, this has become a popular tourist spot that even the locals frequent. Cradled among hills, Rishikonda beach is a lot safer to wade into than the R.K. Beach.

Gangavaram Beach is about 10 km away from the city. It is one of the most beautiful beaches in Vizag. The most interesting thing here is that you can see rock like structure which seems like small islands. Needless to say, this natural phenomena attracts a lot of people.

Pro Tip: Gangavaram Beach is nearer from Yarada Beach. The drive from Scindia to the top of dolphin nose, dolphin nose to Yarada and from there to Gangavaram is really enjoyable.

It is perceived as a private beach but actually, it is not. Tourists can visit the beach directly or through the Yarada village. Agrigold collects a fee of ₹30 to enter their property and access the Shops and a Restaurant.

If you could bring your own food/refreshments, you could visit the beach without entering the Agrigold Property. Yarada is the village behind the dolphin nose. To go to this beach, bus facility is available.

Also, you can hire a cab to go there. The view of the beach and Vizag city from the top of the dolphin nose is memorable.

Bheemili Beach is about 25 km from the city and is what used to be a small village also called Bheemunipatnam. Apart from the beach, the village has the remains of a Portuguese church, Dutch cemeteries, and a Buddhist Monastery (Pavurallakonda). 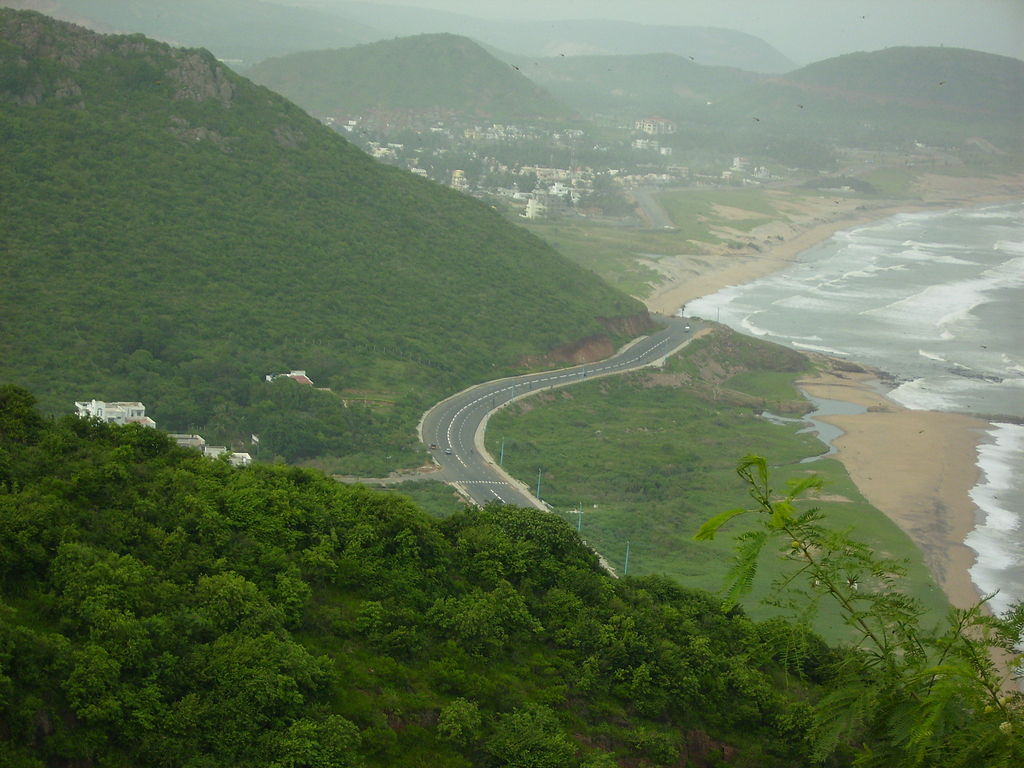 Kailasagiri is located just 6 km away from the Vizag city center. A local favorite, a short ride on to this hill gives you a spectacular view of the sea, RK Beach, and Rushikonda Beach on the right and left-hand side.

Visitors often fall in love with the “Vizag beach city” especially after visiting Kailasagiri. Based on this beautiful and rare combination of hill and beach.

One can take a ropeway directly facing sea and city. On the hilltop, there is a beautiful toy train that gives a glimpse of the beauty of nature that one can think of. There is also a park on the hilltop, from where one can see the beautiful view of the city and the Eastern Ghats merging into the ocean.

Many movies were shot here. This is one of the world class spectacular views on to watch the sunrise and sunset. A beautiful scenic view can be obtained from the ropeway, especially in the evening, when the city comes alive with all the lights.

There is a huge sculpture of Shiva and Parvathi. There is also a doll museum and a couple of eating areas so you can plan a whole day here if you have time.

Its picture perfect scenic beauty along with luxuriant carpet grass intertwined with concrete pathways makes it the most revered place for romantic couples. There are several points from which the beautiful rocky beach down beneath can be seen.

Don’t miss the train journey from Visakhapatnam to Araku which is the most enjoyable train route in the state. There is only one train to Araku from Vizag which starts at 6:50 AM at Vizag railway station.

That is a 4-hour journey in the eastern ghats which covers many tunnels and valleys on the way. Don’t forget to take a snap at “Shimiliguda railway station” in the route, which is the highest railway station in India on broad gauge track.

A little further away from the city (6 hr by train or public bus), but worth visiting for the scenic valley. A slow, passenger train leaves the Vizag station early in the morning (at 6:50 AM), and the train ride is actually very enjoyable.

Make sure to reach at least an hour before its departure to get a nice window facing seat. The train runs through a lot of small mountains and tunnels.

Araku valley is definitely not a day trip so you should plan for an overnight stay. Early reservation for the lodges is advisable as Araku Valley has a very limited number of lodges and hotels.

At APTDC lodge, cabs can be hired for a day trip thru the valley to Bora caves and the ride is amazing.

Reputedly fantastic caverns that had their native charm earlier, these caves have been modernized by the Andhra Pradesh Tourism Development Corporation (APTDC). Separate charges are there to enter with still or video camera. It is a must visit place for all tourists visiting Vizag.

Don’t forget to bring your own drinking water.

Jagadamba Junction can be considered as Downtown and is a must visit for all shopaholics. Most of the famous shopping centers and malls can be found here. Named after the Jagadamba movie theatre, one of the best movie auditoriums of the country when it was constructed and even today.

A gorgeous nature preserve that many people in Vizag itself seem to be unaware of. The solitude and the peace that one can experience at Kambalakonda within 20-25 minutes drive from the city center is priceless.

The greenery, the hiking trail and the fantastic view of the ocean from the rather flimsy viewing tower give a welcome break from the hustle and bustle of the city.

This aquarium is situated on the left side of Kali temple of R.K. Beach. It has a good collection of marine as well as freshwater fishes. The exit gate of the aquarium resembles the open mouth of a huge white tipped shark. ‘Kala Shrusti’ a handicrafts sales shop is on the top of the aquarium.

A unique site to see is the area around Ross hill which has three hills dedicated to three different faiths in proximity to the port. Ross Hill, named after a certain Monsieur Ross who built a house on it in 1864, it has now been converted into a chapel Mother Mary’s Church.

The pathway to the shrine strewn with Catholic icon. Darga Pahad has the tomb of the Muslim saint, Sayed Ali Medina alias Ishak Medina, visited by Hindu and Muslim devotees alike.

Attached to this is a mosque. Sri Venkateswara Konda, the third hillock, has a temple dedicated to the Lord. It is believed to have been built by an Englishman, Captain Blackmoor, in the 19th century. From this hillock, you can see the port channel, which was the entrance of the inner harbor for ships and liners.

A must see on a trip to Visakhapatnam, for its architectural splendor although some of the sculptures were defaced during the Islamic invasions. The temple inscriptions date the earliest donors to the 10-11th centuries.

The exact date of construction is unknown. It is 15 km from the city and is dedicated to the half man half lion avatar of Lord Vishnu. The temple bears reference to the Chola and Chalukya styles of architecture. The environment in the temple is very different and very pleasant.

It is near Sankaram village in the hamlet of Anakapalli, 40 km from Visakhapatnam, is one such place, where one can find architectural remnants of the Buddhist period, one of the earliest of its class in South India.

It constitutes one of the most remarkable groups of Buddhist monuments dated from 200 BC to 700 AD, found during excavations in 1906. On the eastern hill, there are a series of rock-cut caves, numerous groups of monolithic dagobas, standing on a rock platform in tiers above each other and, crowning all, a rock-cut stupa with extensive structural remains.

On the western side of the eastern hill is a stairway, partly rock-cut and partly structural, which leads up to a large double-storied cave. The cave is entered by a doorway and is flanked on each side by huge Dwarapalas.

The cave chamber is rectangular in shape and is divided into 20 compartments by four cross rocks of 16 massive pillars. In the center is the rock-cut stupa standing on a square platform.

Bojjana Konda, Thotla Konda, Bhavi Konda and Salihundam around Visakhapatnam were centers of Buddhism during the second century A.D. Several Buddhist monuments such as stupas and chaityas were erected at these places.

It is said that some of the corporal relics of the Buddha were preserved at these places. Hence all these places became sacred places.

One of a kind museum created in a real (now decommissioned) submarine of Indian Navy. This is the first of its kind in Eastern Asia. This submarine is one of the earliest submarine procured from Russia.

The museum is manned by retired naval people. One gets to learn many interesting facts about working in the submarine.

There is a war memorial in remembrance of the Victory at Sea on 1971 Indo–Pak war. It is on the Beach Road, opposite the Submarine Museum. There are a fighter plane, a tank and few replicas of missiles kept as exhibits. There is no entry fee and can be viewed from the road.

Vizagites are traditionally quite conservative. The local language is Telugu. There is a considerable concentration of Marwaris, Oriya, Bengalis, Punjabis, Tamil, and Malayalees.