Guinea is a country on the West Coast of Africa. It was previously called “French Guinea”. It is an Islamic Country, and Muslims comprise 80% of the population. The capital of the country is Conakry.

The country was once a French colony. Consequently, French is the official language. Besides French, Guineans speak Maninka Fula and Susu.

Guinea is not a safe place to visit right now because of the unrest in Sierra Leone which has affected the nearby regions. Guinea has major reserves of bauxite, gold, and jewels but it has failed to capitalize on this fact.

Guinea has several different regions. It’s Atlantic coastline sports the capital city Conakry. When you go a bit northwest of Conakry, you’ll find Dalaba, a place with a wonderful hilly terrain and a pleasant climate. The epic region of Haute Guinee is bisected by the longest river in the world.

Most of the country has a tropical climate. The coastal areas get a reprieve from the tropical heat with a rainy season, but that is not the case with Haute Guinee since monsoons are short in this region. Guinea is a huge for natural reserves — so much so that’ll be confused on which one to pick. Go with UNESCO’s choice, Mount Nimba Strict Nature Reserve.

Adventure seekers can head to Fouta Djalon for beautiful hiking trails and have some fun at the beach in the Loos islands. The country houses have stunning natural beauty, but when you try to find modern infrastructure, it is lacking. The gas stations can be annoying at times. They are very busy. You can hire a taxi or taxi bike as the costs would be more affordable than renting a car.

One Guinean Franc is equal to 0.0001102 USD. Some hotels accept foreign currencies as payments. Credit cards are acceptable, but not widely. ATMs are not available. Though it is not a safe destination to travel, it is an affordable one. The taxi prices are pretty low and you can shop for stylish clothes, even get a hand-tailored dress at a dream price.

Food is one of Guinea’s biggest attractions. You can have a delicious at just $4. Just remember that pork is prohibited in the country. However, food is still the country’s specialty. It is widely known as the French Guinea because it was once a French colony and that is why French is the official language of this country.

Taxis are available, but you need to negotiate the price beforehand. Hiring car in Guinea is difficult. Also, traveling by road is impossible during the rainy season.

In Guinea, they use electric sockets of type C, as in Europe. The standard voltage is 220V.

There are numerous ethnic groups here. This has lead to many different languages. You can get around easily if you know a bit of basic French. The Fula is the largest ethnic group, making up 42 percent of the population. This country has a rich tradition of music. Plus, the cuisines here vary from region to region. Rice is the staple food of the country. Besides rice, Cassava is also widely consumed. Lastly, the currency of the country is the Guinean Franc.

The country has a rich tradition of music. Plus, the cuisines here vary from region to region. Rice is the staple food of the country. Besides rice, Cassava is also widely consumed. Lastly, the currency of the country is the Guinean Franc. 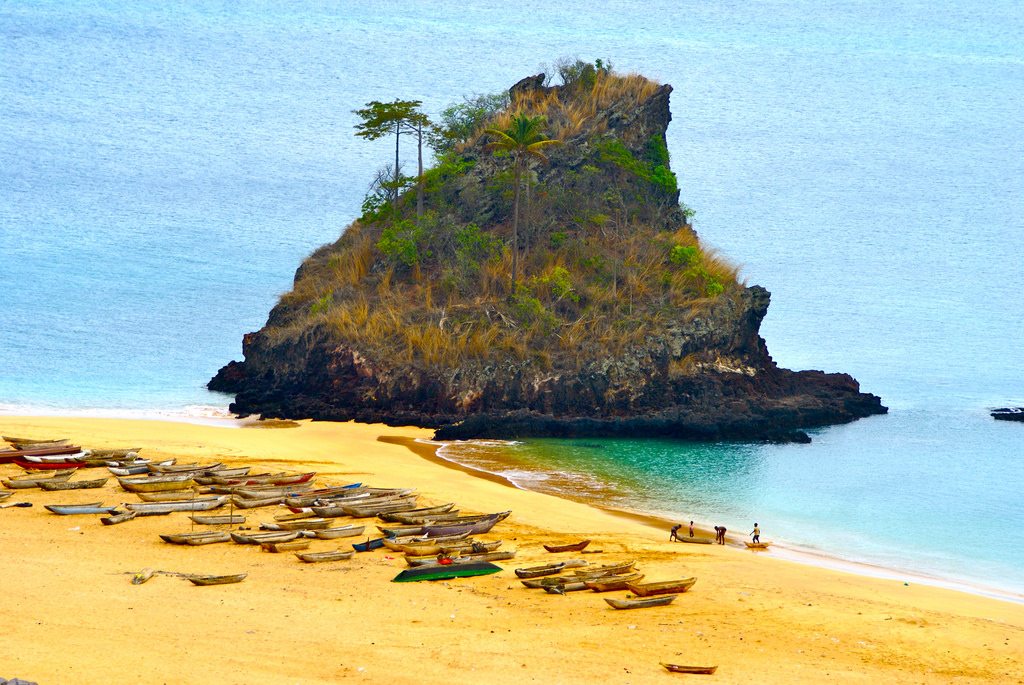