It is also the most visited tourist destination in the Caribbean. The capital city is Santo Domingo. The official language is Spanish.

Things To Do In Dominican Republic

The Dominican Republic is often called “The paradise of the Caribbean”. This geographically diverse country boasts magnificent mountain scenery, desert scrubland, and one of the oldest colonial architecture.
As a coastal country, the Dominican Republic’s hundreds of miles of coastline have become its defining feature. Palm trees, rocky cliffs, lagoons, and dunes also line the fringes of white sand beaches.
There is one UNESCO World Heritage Site, the old town of Santo Domingo which is the oldest European city in the Americas. In addition to that, there are many national parks and beaches in the country.

Santo Domingo also boasts the Cathedral of Santo Domingo, the oldest cathedral in the Americas. The city is famous as “The first city of America, the cradle of civilization of New World”. 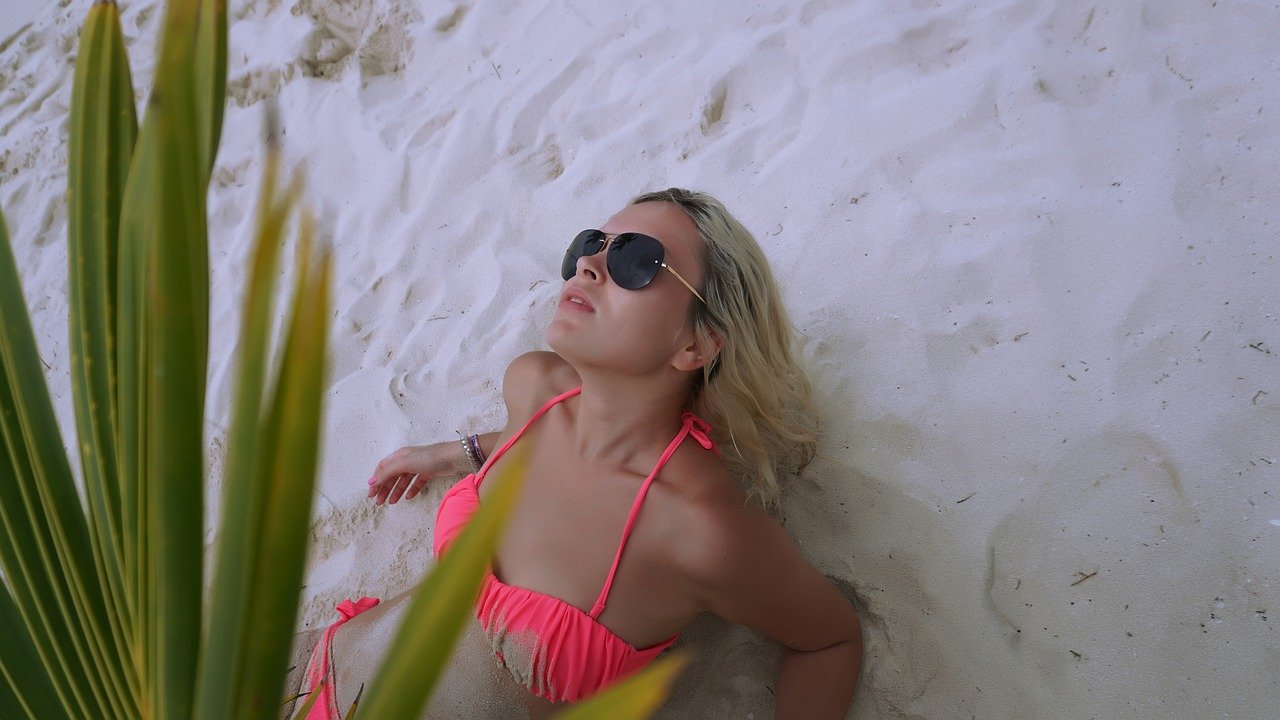 Another popular area of the region is Boca Chica. In fact, it is one of the most popular places in the country. 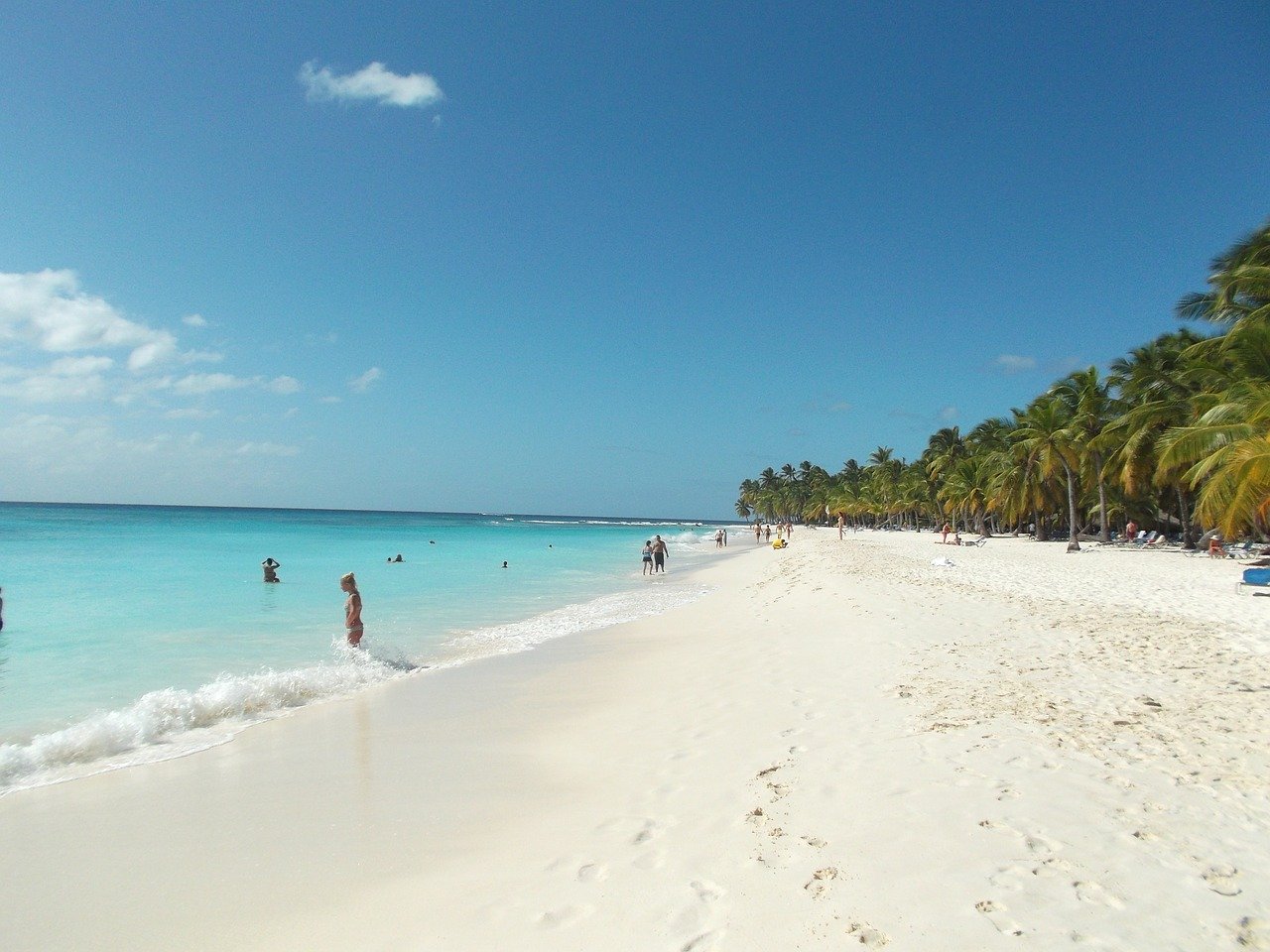 Climb to the Highest Point in the Caribbean

Climb to the top of Pico Duarte. At 3,098m it’s not only the highest mountain in the Dominican Republic but in the entire Caribbean.

Citizens of most countries can purchase a tourist card on arrival. Since the Dominican Republic is an island country, you are likely to arrive by plane (unless you are planning to take a 12-hours long boat from Puerto Rico).

It is advisable for tourists to hire tourist taxis or Uber (where available).

You can also rent a car if you are comfortable driving. You need to be over 25 years old to do that and also, a credit card is required. Cars drive on the right side of the road here and roads are in a reasonable condition.

However, you should keep car doors and windows locked all the time. And also driving at night is not advisable.

Explored and claimed by Columbus on his first voyage on December 5, 1492, the Island of Ayití, named by Columbus as La Hispaniola, became a springboard for Spanish conquest of the Caribbean and the American mainland.

The island was first inhabited by the Taínos and Caribes. The Caribes were an Arawakan-speaking people who had arrived around 10,000 BCE.

Within a few short years following the arrival of European explorers, the population of Tainos had significantly been reduced by the Spanish conquerors.

Based on Fray Bartolomé de las Casas (Tratado de las Indias) between 1492 and 1498 the Spanish conquerors killed around 100,000 Taínos.

The first European settlement founded on the American continent was located on La Isabela, founded in 1493 using a 15th-century style located in La Isabela, Puerto Plata.

The City of Santo Domingo was founded by Bartolomé Colón, on August 5, 1496 and was later moved by Frey Nicolás de Ovando to the west side of Ozama river in 1502.

In 1606 the royal crown of Spain ordered the depopulation of the western end of the island due to high piracy and contraband. This led to the French invasion and the establishment of Haiti.

In 1697, Spain recognized French dominion over the western third of the island, which in 1804 became Haiti.

The remainder of the island, by then known as Santo Domingo, sought to gain its own independence in 1821, but was conquered and ruled by the Haitians for 22 years; it finally attained independence as the Dominican Republic in 1844.

A legacy of unsettled, mostly non-representative rule for much of its subsequent history was brought to an end in 1966 when Joaquín Balaguer was elected president for his second, non-consecutive term (he had first served from 1960-1962).

He maintained a tight grip on power for most of the next 30 years until international reaction to flawed elections forced him to curtail his last term, hold new elections in 1996, and give up power.

Since then, regular competitive elections have been held every four years.

The Dominican economy has had one of the fastest growth rates in the hemisphere.

The currency is Dominican Peso. The currency exchange is available at banks and hotels. However, most resorts are happy to accept US Dollars.

Also, on departure, you can reconvert up to 30% of local currency back into US Dollars, if you have an original receipt.

All major credit cards are widely accepted. ATMs are multiple and most of them accept international cards.

The Dominican Republic is generally a safe country. Although the major cities of Santo Domingo and Santiago have experienced the growth of a thriving middle class, construction booms and reached a high level of cosmopolitanism, the Dominican Republic remains a third world country and poverty is still rampant so you need to take common-sense precautions:

Note: Sex tourism is prevalent in the Puerto Plata province of the country, so you may be hassled by young men or women trying to offer you ‘services’. A firm ‘No’ is good enough. The age of consent is 18, and tourists who have sex with minors may also be prosecuted by their home country.

Note: The level of professionalism of the National Police is somewhat debatable. To protect income from tourism, the government has established the Politur or “tourist police” for the safety of foreign tourists. Travelers should contact this agency if any problems are encountered as they will have a much more positive response than with the national police.

The electric sockets are of types A and B here. Also, the standard voltage is 120V. So, you don’t need to bring an adapter, if you are coming from the USA.