Though located on the West Coast of Africa, the Canary Islands are an Atlantic territory of Spain. All of the other popular islands in this region, such as the Azores and Madeira, are also close to the Canary Islands.

The Past and Present

The Canary Islands earned the name when European settlers first arrived because the islands had a huge native population of Dogs or Seadogs. Also, an ancient legend claims the Canary Islands are the lost islands of Atlantis.

They have also been called the lands without sorrow, holding on to the world’s edge. The first settlers were known as Guanches, thought to have arrived in the 10th century BC. In contrast to Spanish North Africa and other Spanish overseas territories, the Canary Islands have been an integrated part of Spain for centuries.

Things To Do In Canary Islands

The Canary archipelago consists of 8 inhabited islands and a few smaller uninhabited ones. The ones you would be interested in are the following:

Read: Top 10 Best Things To Do In Tenerife

The largest island and the most popular destination of the archipelago, with millions of tourists visiting each year, Tenerife should be your first destination to explore since it has the most to offer.

Tenerife has many museums and monuments that portray its rich history but suffers under low-cost mass tourism from the European mainland. Its oldest mountain ranges are young compared to its neighboring islands, and volcanic activity did not begin here until 8-12 million years ago. In comparison, other islands had it well over 20 million years ago.

The highest mountain in Spain and the 3rd largest volcano in the world (3718 m), El Teide, dominates the island’s landscape. 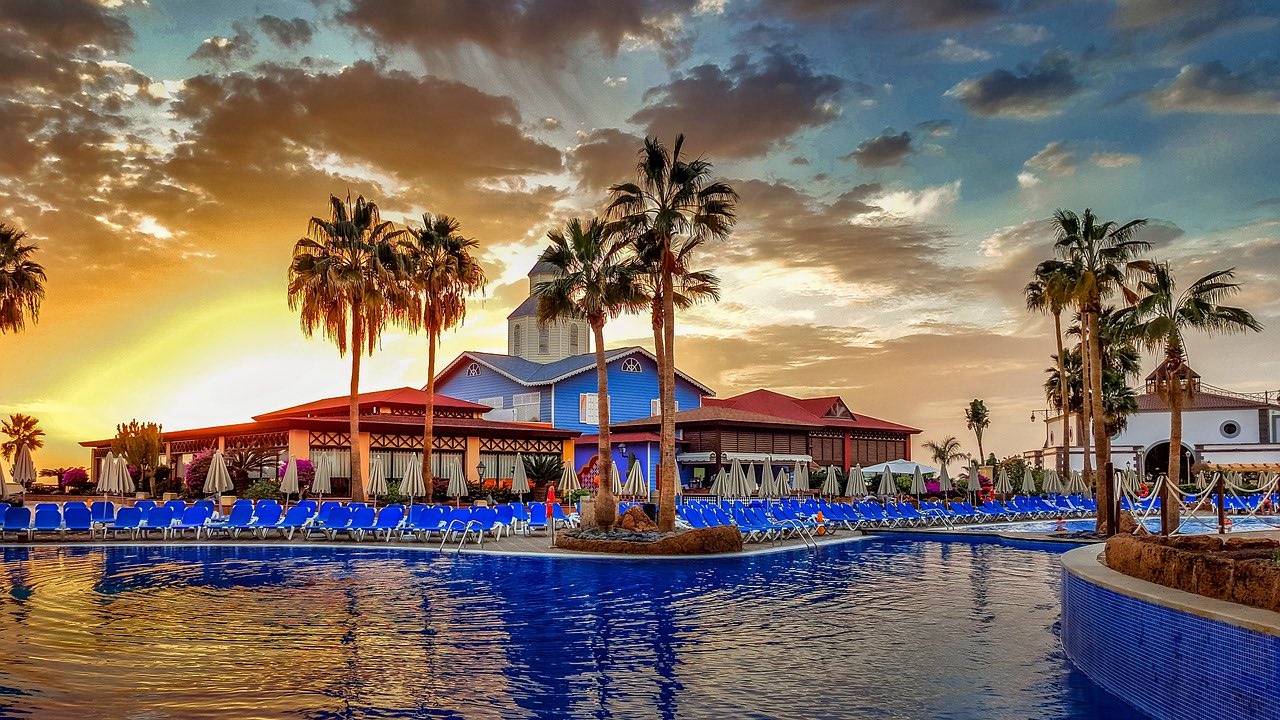 The volcanic nature of Tenerife gifts it with rare black sandy beaches like – Los Gigantes, San Juan, and much more.

Many tour companies give you a big game fishing trip in the Canary Islands. Though it is expensive, the experience is worth the price.

Jellyfish as seen during Scuba diving

The second largest island, with an area of 1,660 km², but compared to Tenerife relatively thinly populated with only 117,000 (2019) inhabitants. There are fewer attractions, but in turn, the island has not yet fallen prey to mass tourism. Its capital, Puerto del Rosario, is fairly laid back and has a few architectural gems to offer.

Fuerteventura is a paradise for windsurfing and the only Canary Island with natural golden sandy beaches rather than naturally black volcanic sand.

The third largest island and second most popular (after Tenerife) receiving 4.22 million tourists in 2016. It has the highest population density of the Canary Islands, with 540 inhabitants per km², and with tourists added to that number it gets a bit crowded at times. Its capital city Las Palmas de Gran Canaria has the shared title of capital of the Canaries. Green and steep in the north, dry and flat in the south.

About half the size of Gran Canaria and also of volcanic origin, but low-lying and arid, with a spectacular volcanic landscape in the west of the island preserved as Timanfaya National Park.

The island, along with others, emerged after the breakup of the African and American continental plates. The greatest recorded eruptions occurred between 1730 and 1736. The capital is Arrecife which has its own airport and draws most of the 2.9 million tourists visiting Lanzarote annually.

La Palma’s geographic layout is a result of the volcanic formation of the island.

The southern part of La Palma is dominated by the Cumbre Vieja, a volcanic ridge formed by numerous volcanic cones built of lava and scoria. The Cumbre Vieja is active but mostly dormant, with the last eruption occurring in 2021.

The Magic Isle, with San Sebastián as capital, is a paradise for hikers. It is shaped like an orange that has been cut in half and split into segments. The terrain is rough, which has left deep ravines or barrancos between them. These barrancos, in turn, are covered by the laurisilva (laurel rain forest).

The local wine has a distinct taste, and is often accompanied with a tapa (snack) of local cheese, roasted pork or goat meat. Other cultural dishes include almogrote, a cheese spread, and a syrup extracted from palm trees called miel de palma.

The local people have a unique way of communicating across deep ravines by using a whistled speech called Silbo Gomero. This whistled language is indigenous to the island, and its existence has been documented since Roman times.

Known as “The edge of the world”. It is also known as the Meridian Island, and Valverde is its capital.

The smallest inhabited island of the Canaries in terms of area and population, being only 29 km² in size and having a population of approx. 735 (2018). Its capital is Caleta de Sebo, and it’s a few kilometers to the north of Lanzarote.

For youngsters looking for a late-night outing, go to Lanzarote, a vibrant nightlife with party-hard resorts like Arrecife and Costa Teguise. Gran Canaria, Tenerife, and Fuerteventura also have extensive nightlife options.

Another interesting must-see is the Loro Parque which is a parrot collection and comes next only to Mount Teide in popularity.

As a popular tourist destination, the Canary Islands deals with many international flights (mainly European). The primary airports are Tenerife and the Gran Canaria Airport. There are also other airports, but plane tickets to those islands become pricey. 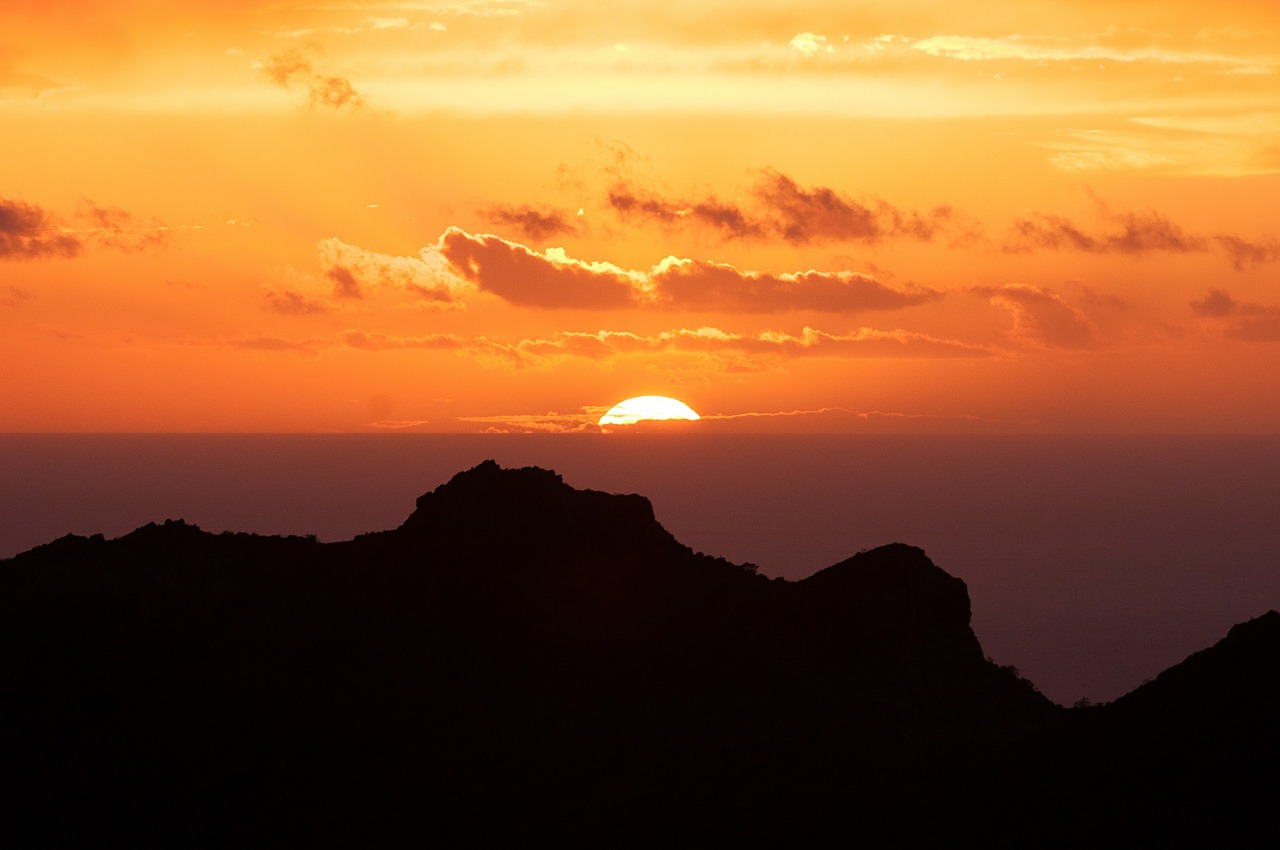 Both the summer and winter attract tons of tourists. Because of this, the prices of everything rise, making a trip more expensive than the offseason. The spring and fall welcome pleasant weather but not tourists; hence the islands are less crowded. March to May and September to November are the best months to visit the Canary Islands.

The electrical sockets are of Type C, Type E, and Type F. The Type C (two round pins) fits the Plug E, plug F whereas the Type E (three round pins) fits Plug C, and plug F. And the standard voltage is 230 V, so visitors from non-European countries need a converter and also an adapter to fit the socket.