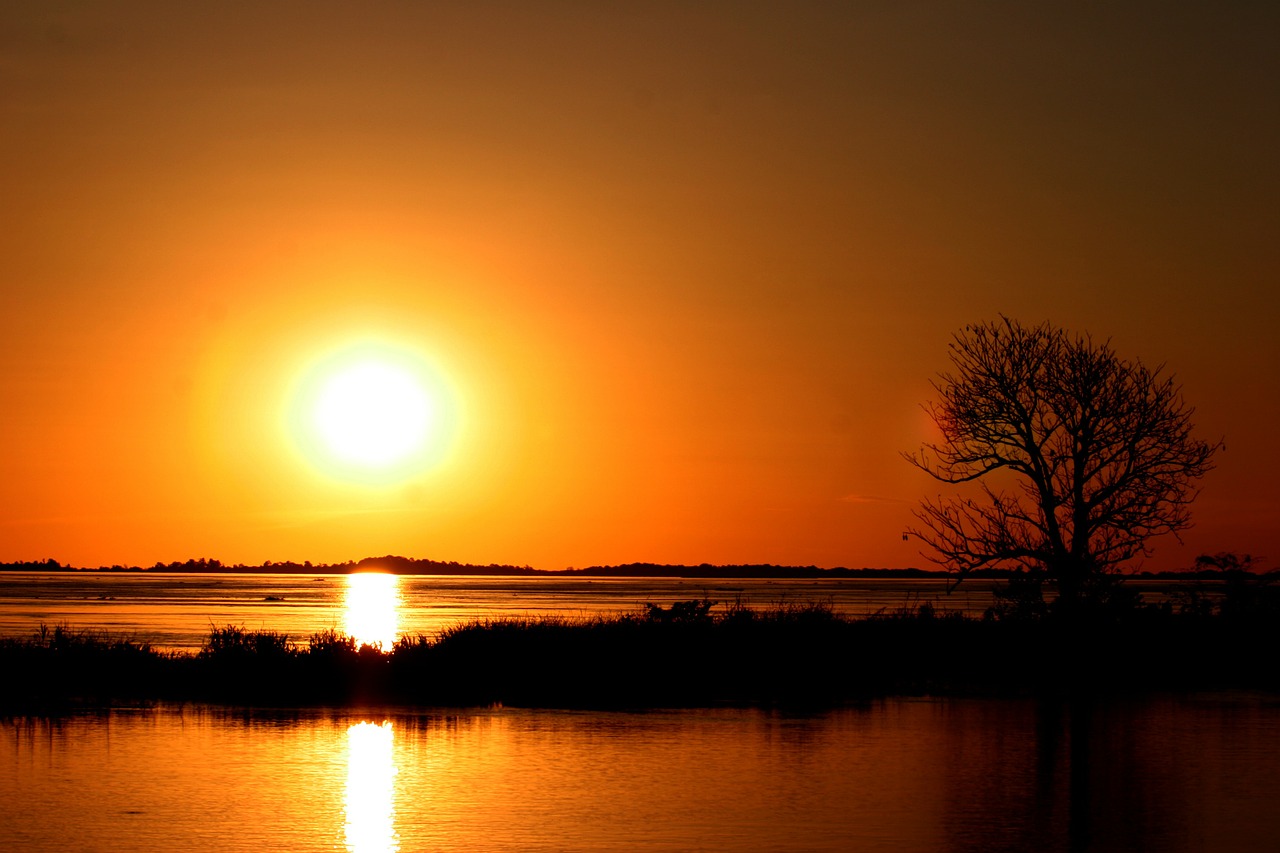 Amazon is one of the world’s most diverse biological areas and is fed by rivers taking their offspring in the Andes of Colombia, Ecuador, Peru, and Bolivia and running into the Atlantic ocean in eastern Brazil. 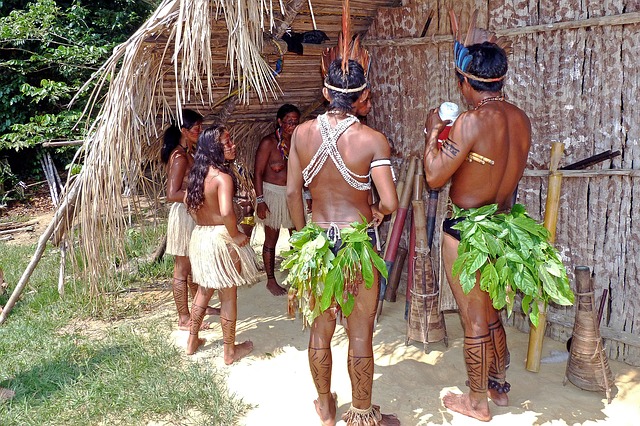 The Amazon represents over half of the planet’s remaining rainforests, and comprises the largest and most biodiverse tract of tropical rainforest in the world, with an estimated 16,000 species of trees.

No wonder it is often called the “lungs of our planet.” Think about it. 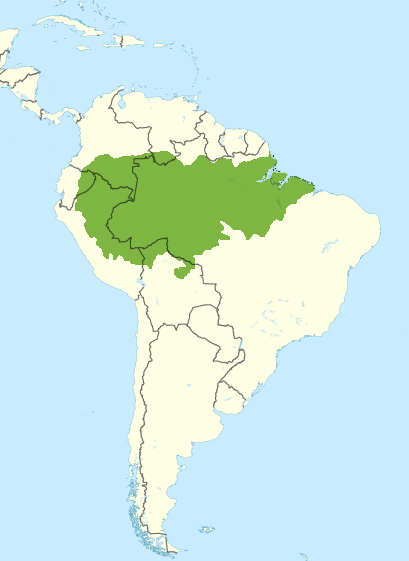 Photo by Wikimedia CC BY SA 3.0 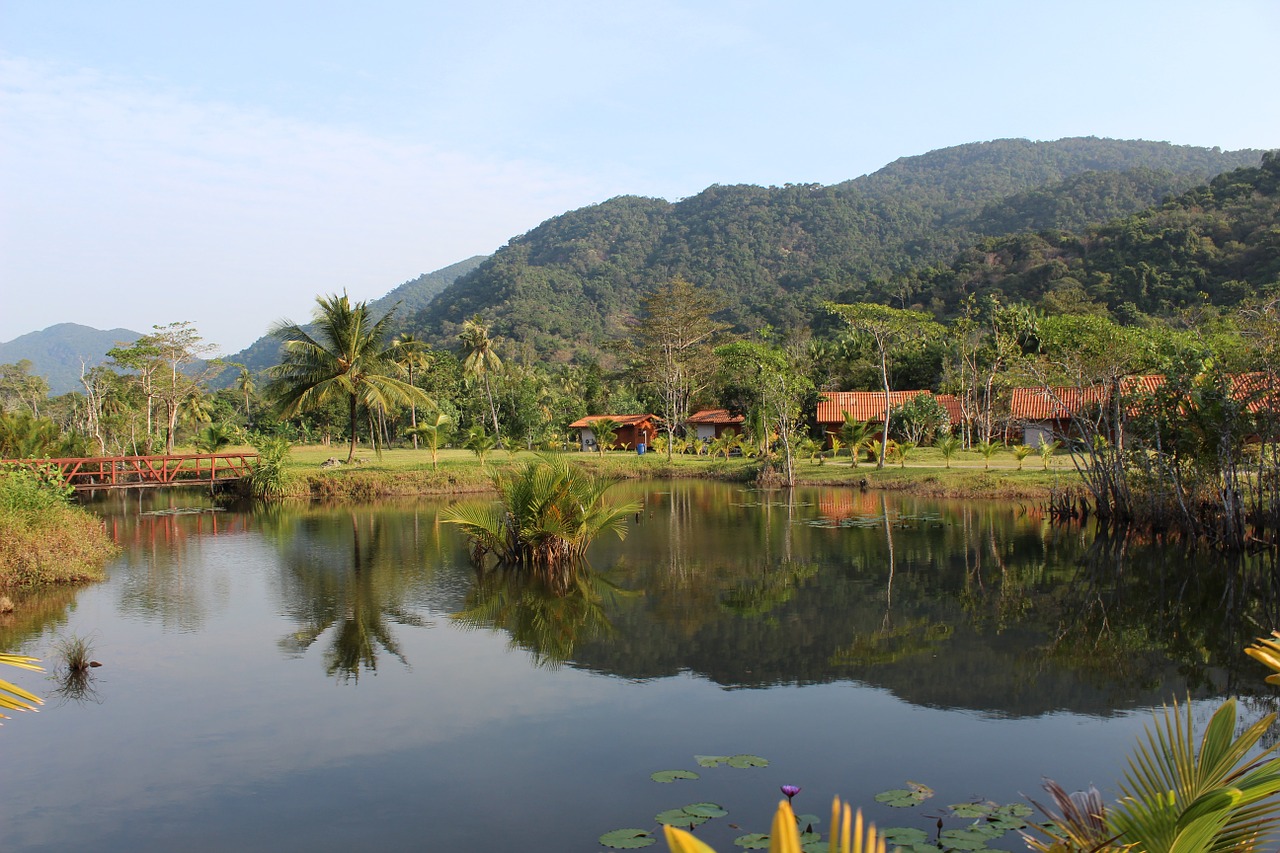 A freshwater lake in Amazon rainforest

Things To See In Amazon

The most important thing to see and experience in the Amazon rainforest is its abundant biodiversity. 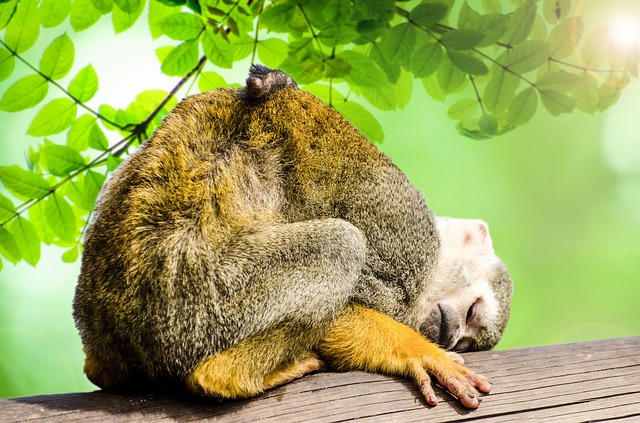 As the largest tract of tropical rainforest in the Americas, the Amazonian rainforests have unparalleled biodiversity. 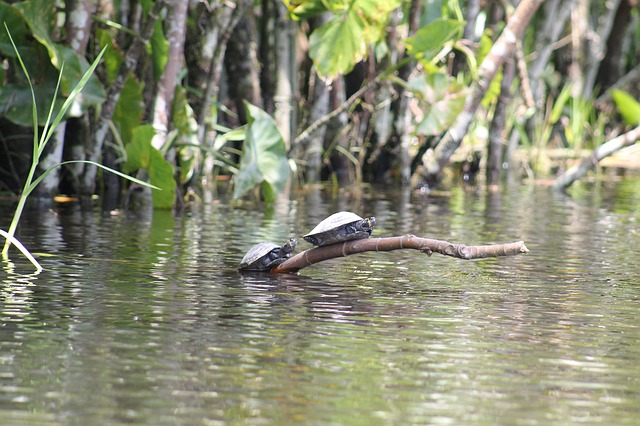 The region is home to about 2.5 million insect species, tens of thousands of plants, and some 2,000 birds and mammals. 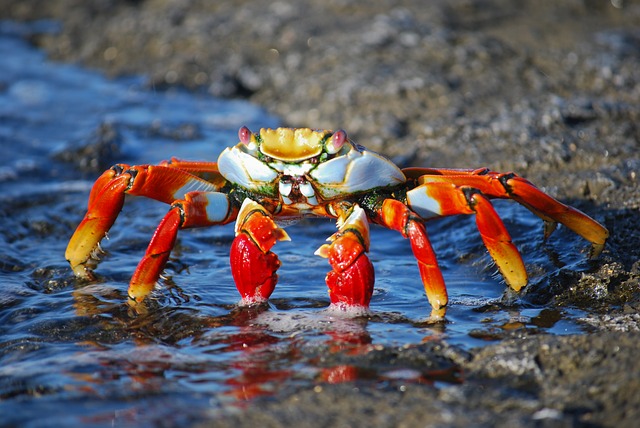 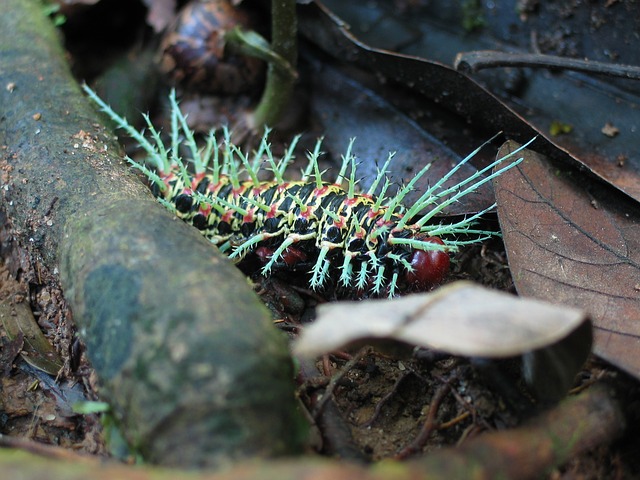 One in five of all bird species are found in the Amazon rainforest, and one in five of the fish species live in Amazonian rivers and streams. 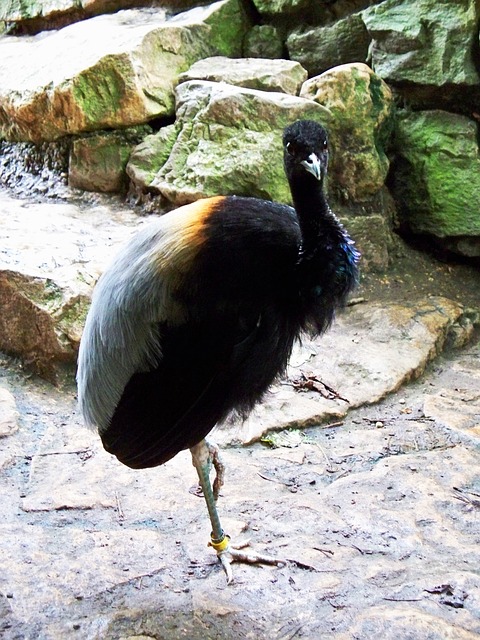 Scientists have described between 96,660 and 128,843 invertebrate species in Brazil alone.

The biodiversity of plant species is the highest on Earth in the Ecuadorian Amazon Rainforest with more than 1,100 tree species per quarter square kilometer. The total number of tree species in the region is estimated at 16,000. 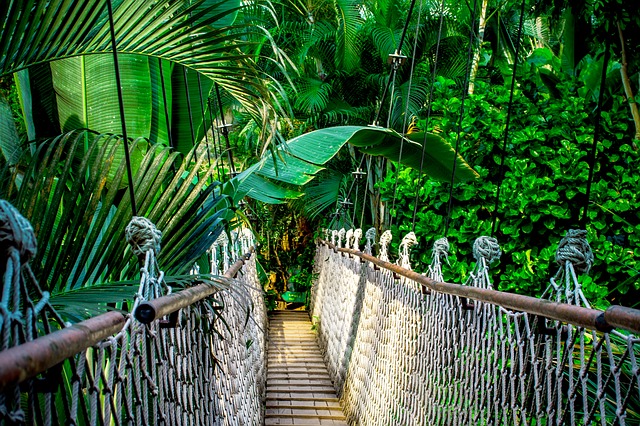 A suspension bridge in the Amazon jungle

To date, an estimated 438,000 species of plants of economic and social interest have been registered in the region with many more remaining to be discovered or cataloged. 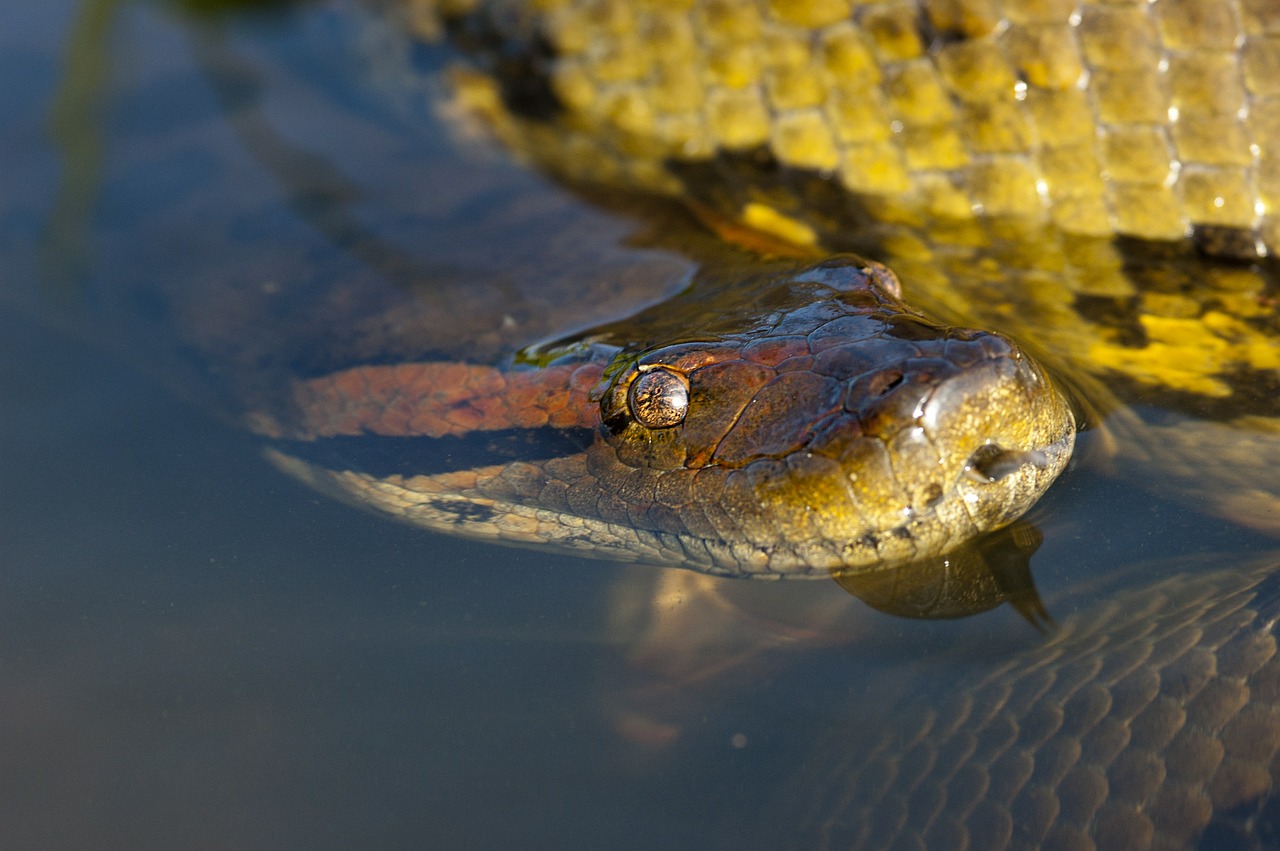 The rainforest contains several species that can pose a hazard. Among the largest predatory creatures are the caiman (crocodile), jaguar, cougar, and anacondas. 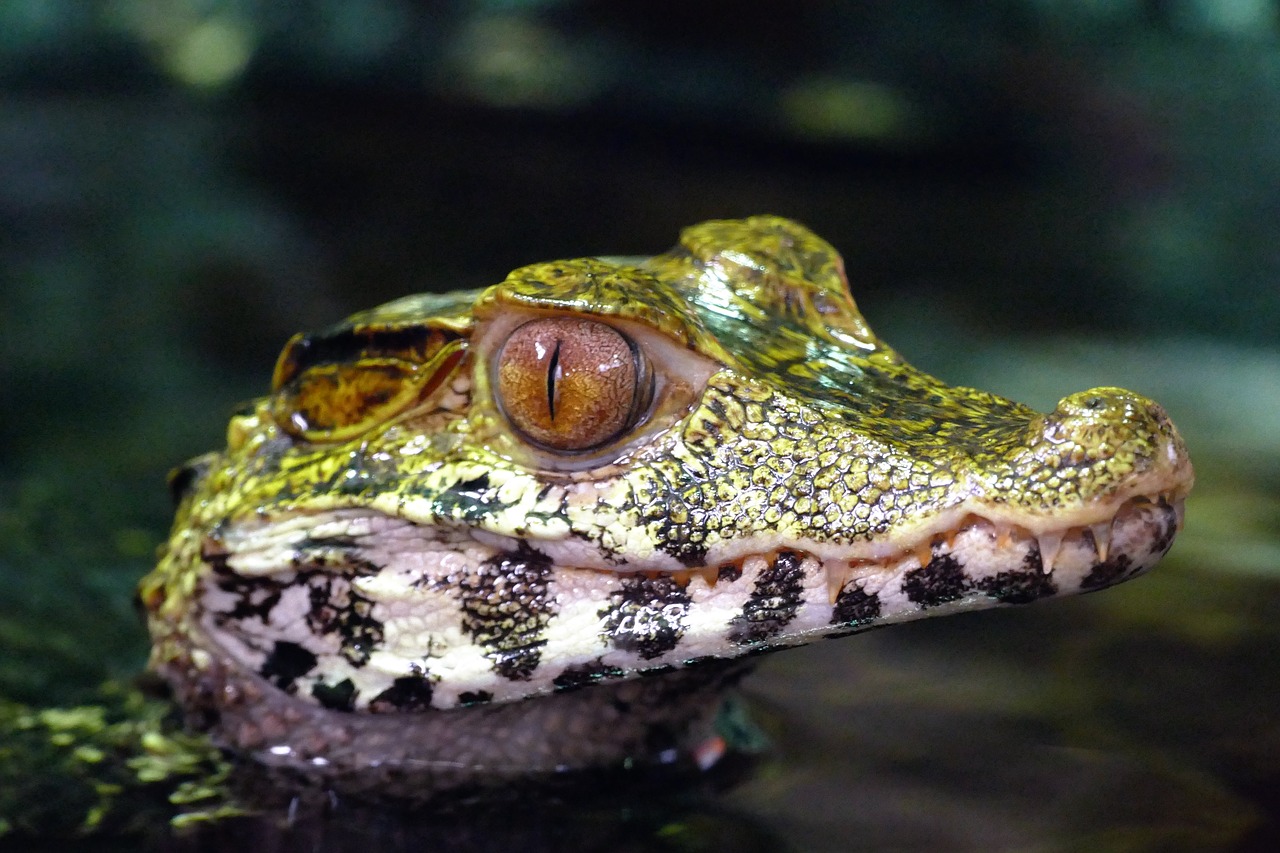 In the river, electric eels can produce an electric shock that can stun or kill, while piranha are known to bite and injure humans. 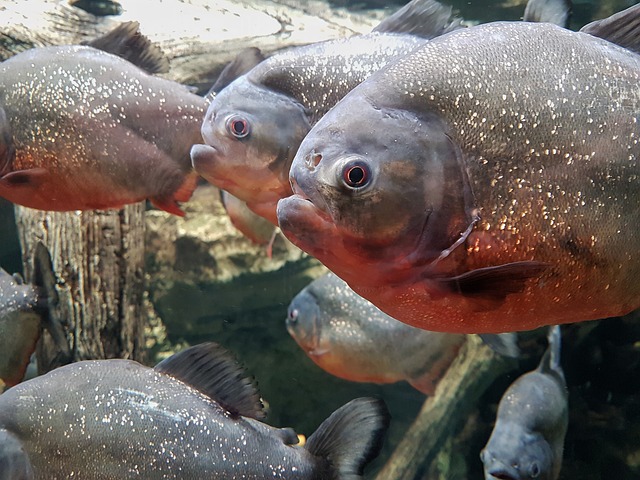 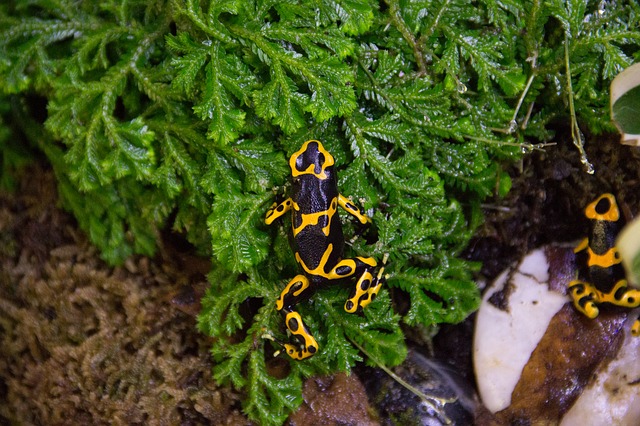 Vampire bats dwell in the rainforest and can spread the rabies virus. 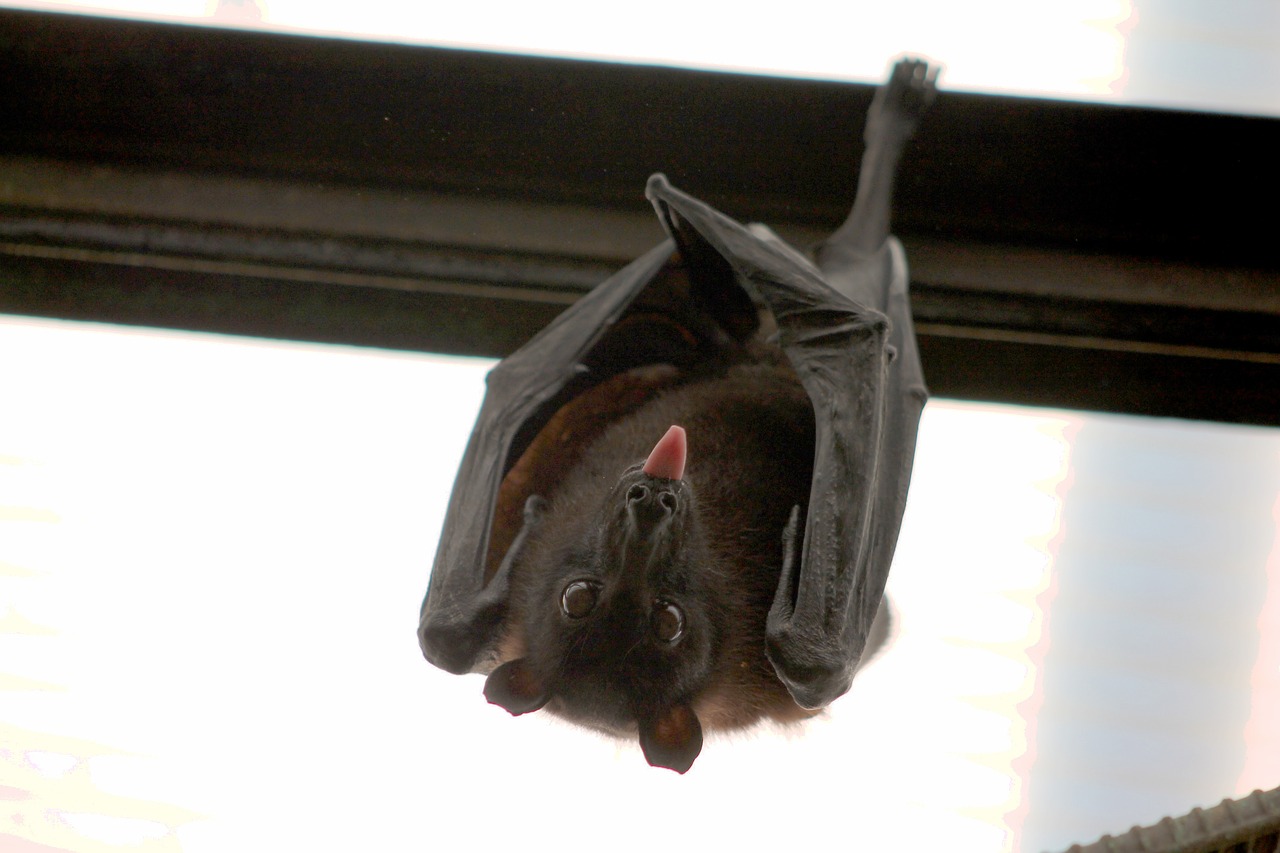 There are also numerous parasites and disease vectors. Malaria, yellow fever, and Dengue fever are also common in the Amazon region mainly caused by the mosquitos.

The Amazon River in South America is the largest river by discharge volume of water in the world, and by some definitions, it is the longest. 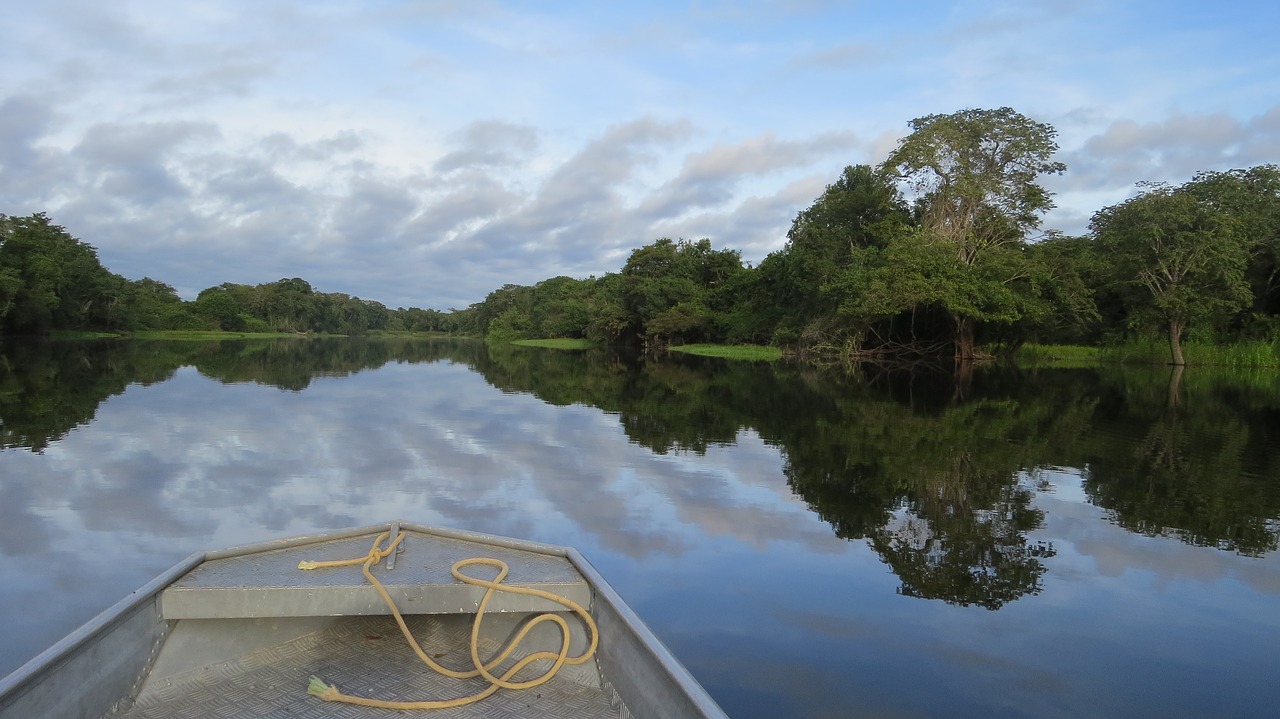 Riverboat – the primary mode of transportation in the Amazon

There are over 3,000 species of fish currently recognized in the Amazon basin, with more being discovered every year. In addition to the thousands of species of fish, the river supports crabs, algae, and turtles. 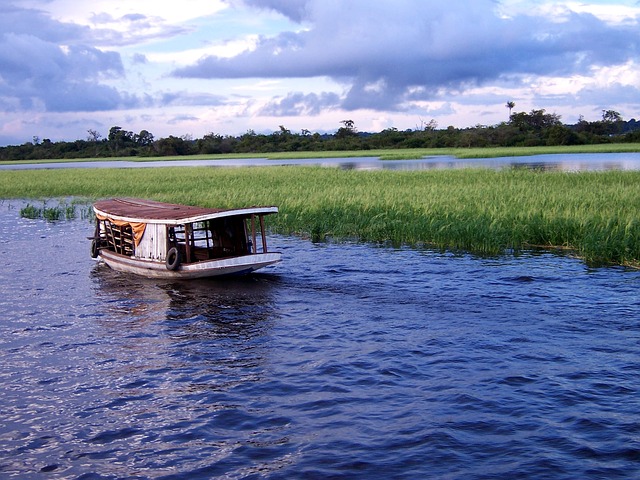 The Amazon is one of the main habitats of the Boto, also known as the Amazon River Pink Dolphin. It is the largest species of river dolphin, and it can grow to lengths of up to 2.6 meters (8 ft 6 in). 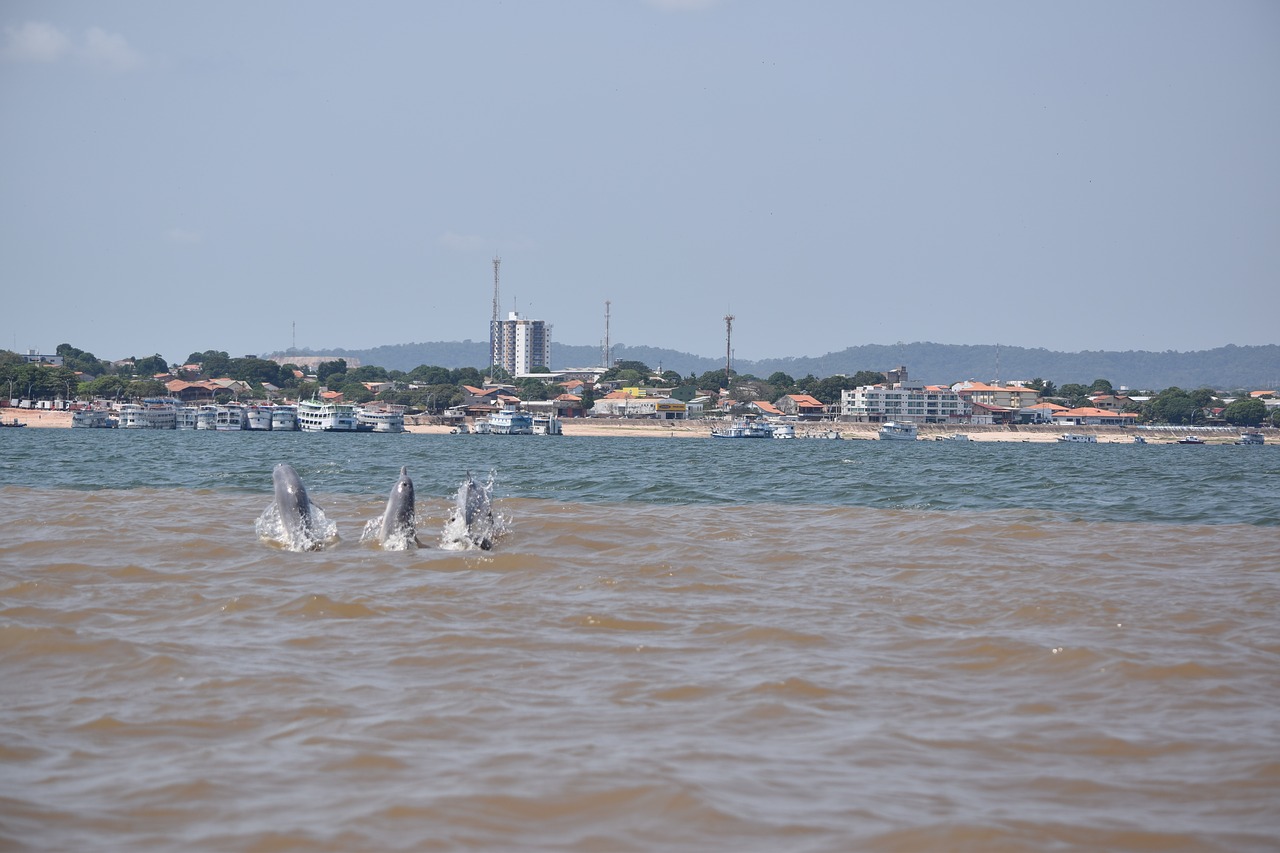 The color of its skin changes with age; young animals are gray, but become pink and then white as they mature.

The dolphins use echolocation to navigate and hunt in the river’s tricky depths. The Boto is the subject of a legend in Brazil about a dolphin that turns into a man and seduces maidens by the riverside.

The Tucuxi, another dolphin species, is found both in the rivers of the Amazon basin and in the coastal waters of South America.

The Amazonian manatee, also known as “Seacow”, is found in the northern Amazon River basin and its tributaries. It is a mammal and a herbivore. Its population is limited to freshwater habitats, and, unlike other manatees, it does not venture into salt water.

The Amazon and its tributaries are the main habitats of the giant otter. Sometimes known as the “river wolf,” it is one of South America’s top carnivores. Because of habitat destruction and hunting, its population has dramatically decreased. 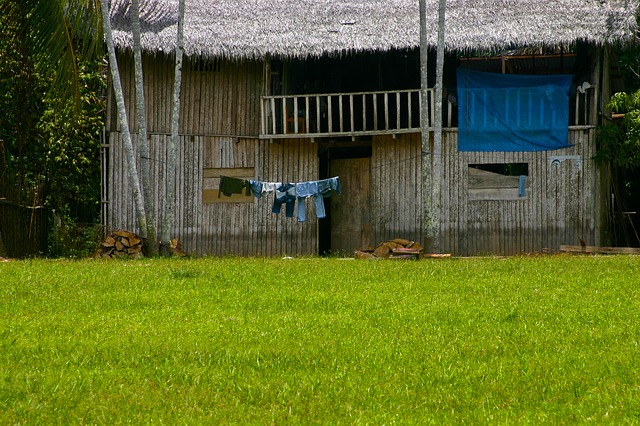 There are cabins near the park entrances (with very basic accommodations). Some of them are Free to use. There is a kitchen there that visitors can use, but you should bring all the food from outside the park, as there are no places to buy food in the park. 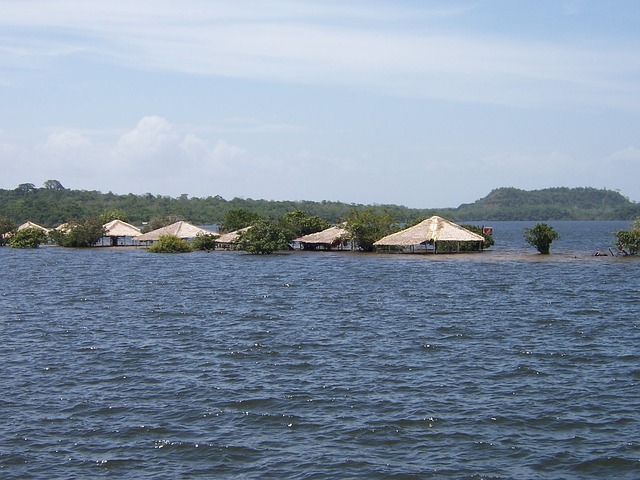 Life is centered around water

Most of the Amazon is so remote and isolated that food will have to be local, and thus having fewer and more expensive vegetables, less meat, and far less dairy.

On the upside, this means that you will be eating lots of fresh food, like fish and fruit, and on the downside, you might wind up eating a certain amount of canned food as well. 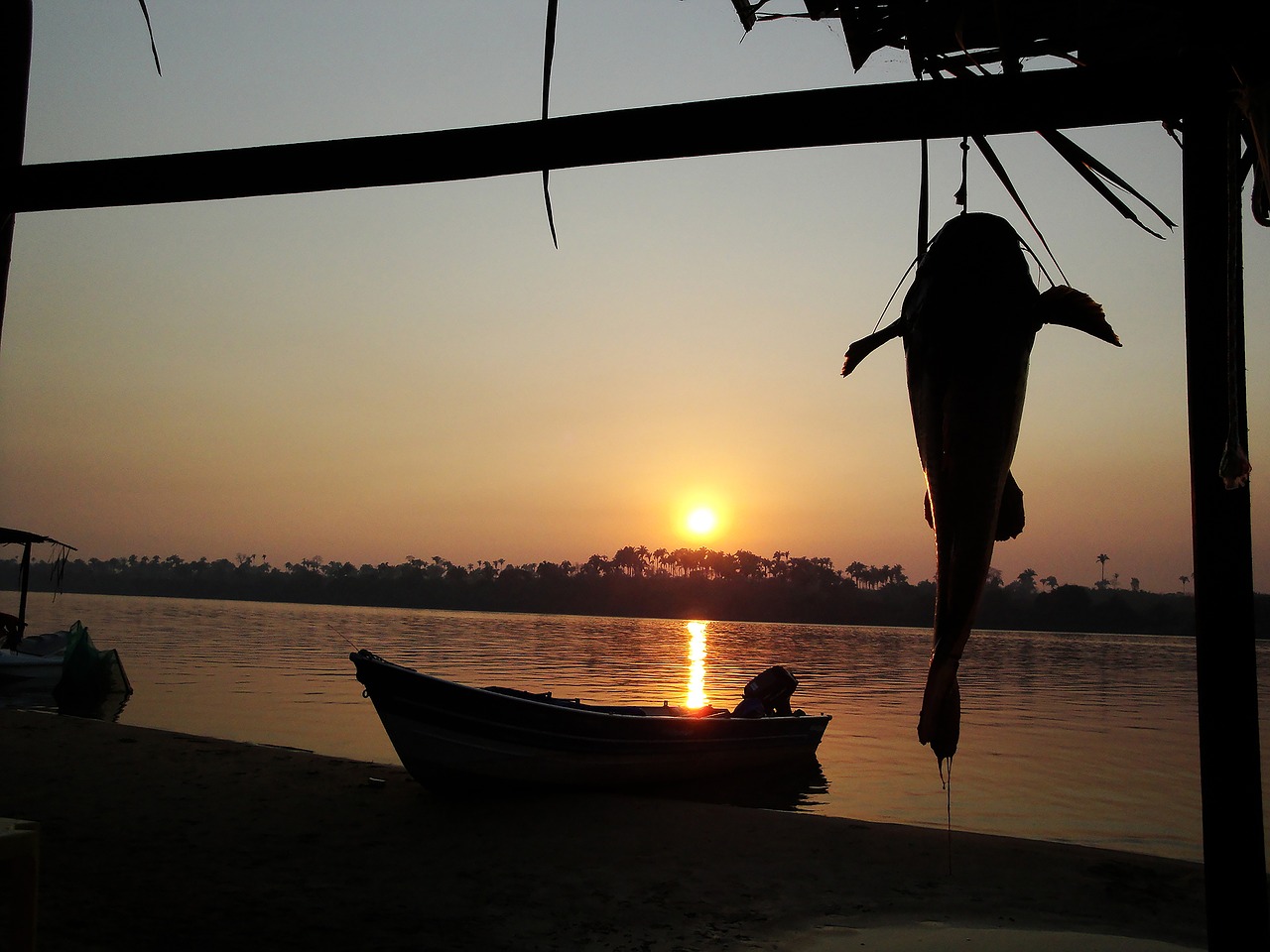 For fish, look out for local favorites like pirarucú and dorado. The former is leaner but delicious and the latter very fatty and rich.

Piranha is another common local food since Amazon is really full of them. While too small to make for an easy meal, piranha meat is actually quite tasty.

Ayahuasca / Yage – Yage pronounced yah-HEY is a drink uniting virtually all the multitudinous and disparate indigenous cultures of Amazonia.

A strong hallucinogen, its primary use is religious, for divination and healing. As it is potentially harmful, it should only be drunk under the guidance of a shaman, who will both monitor your health, help you “see” more, and chant in the dark for hours on end.

On the first use, yage is likely to induce pretty serious vomiting and diarrhea. If you are very interested in the drink, culture, and tradition it may be worthwhile to schedule two nights in a row with a trusted shaman, which will really boost your chances of experiencing something more interesting. 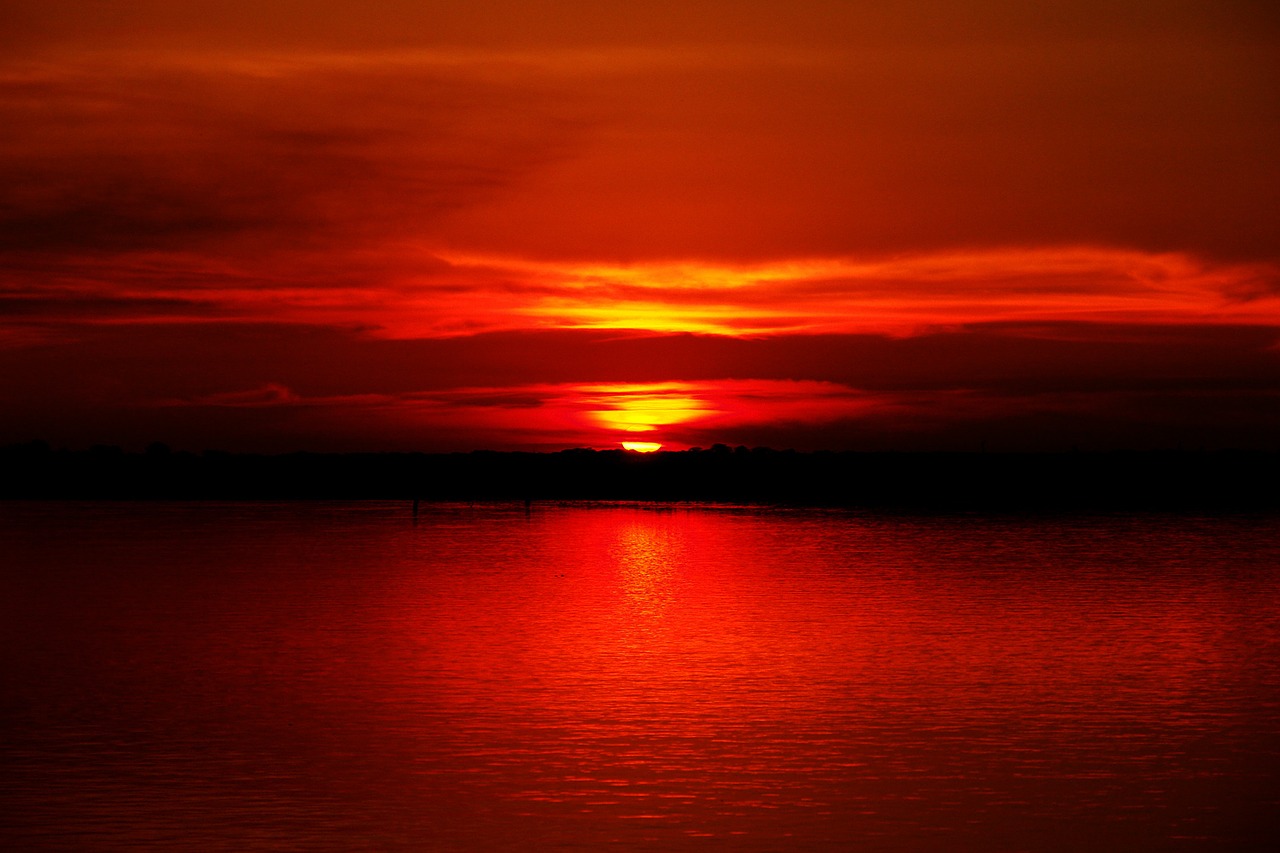 You should always buy a snake bite kit, mosquito repellent. It is also important to stay hydrated and never go far from your tour guide.

Categorized in: Off the Grid, Destinations