Uttarakhand is a stunningly beautiful state in the Himalayan North of India. The state is culturally split into two groups. Garhwal is the western and more easily accessed part and Kumaon is the eastern part.

It is undoubtedly one of the most picturesque states in the country and has tourist destinations that range from hill stations to popular towns to famous Hindu pilgrim destinations. 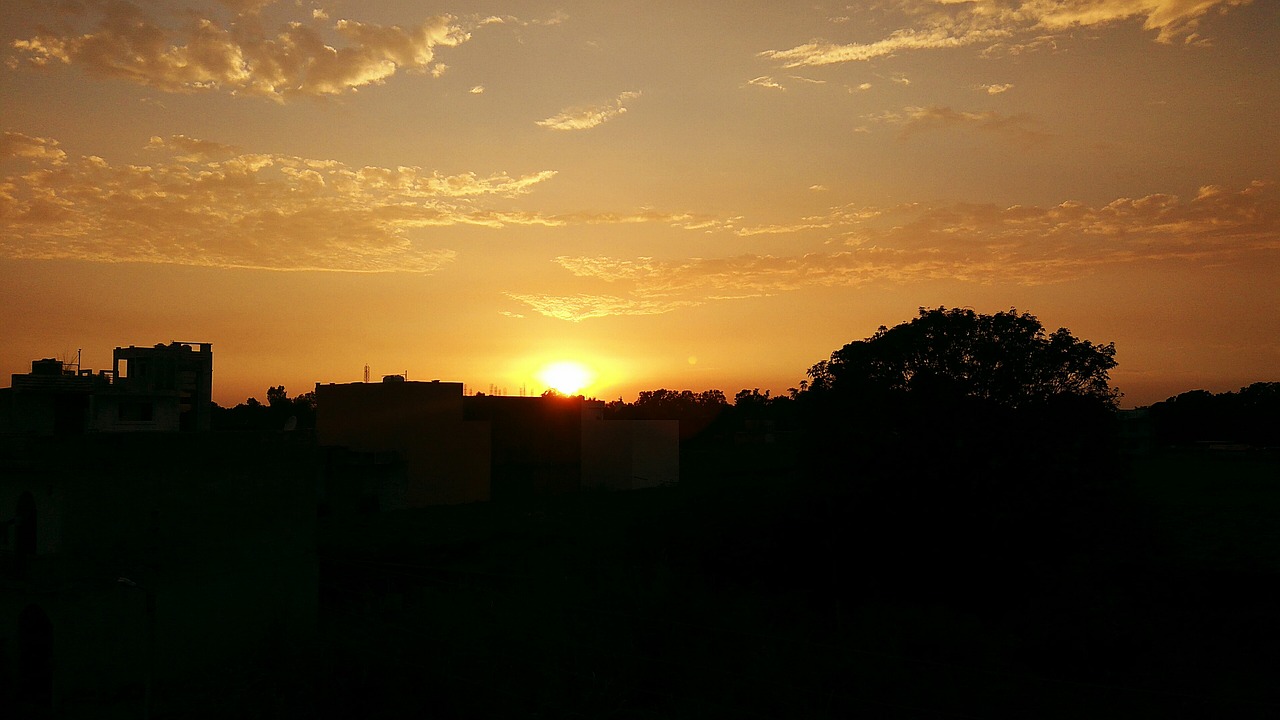 The following are the most notable cities you should consider exploring in Uttarakhand.

Things To Do In Uttarakhand 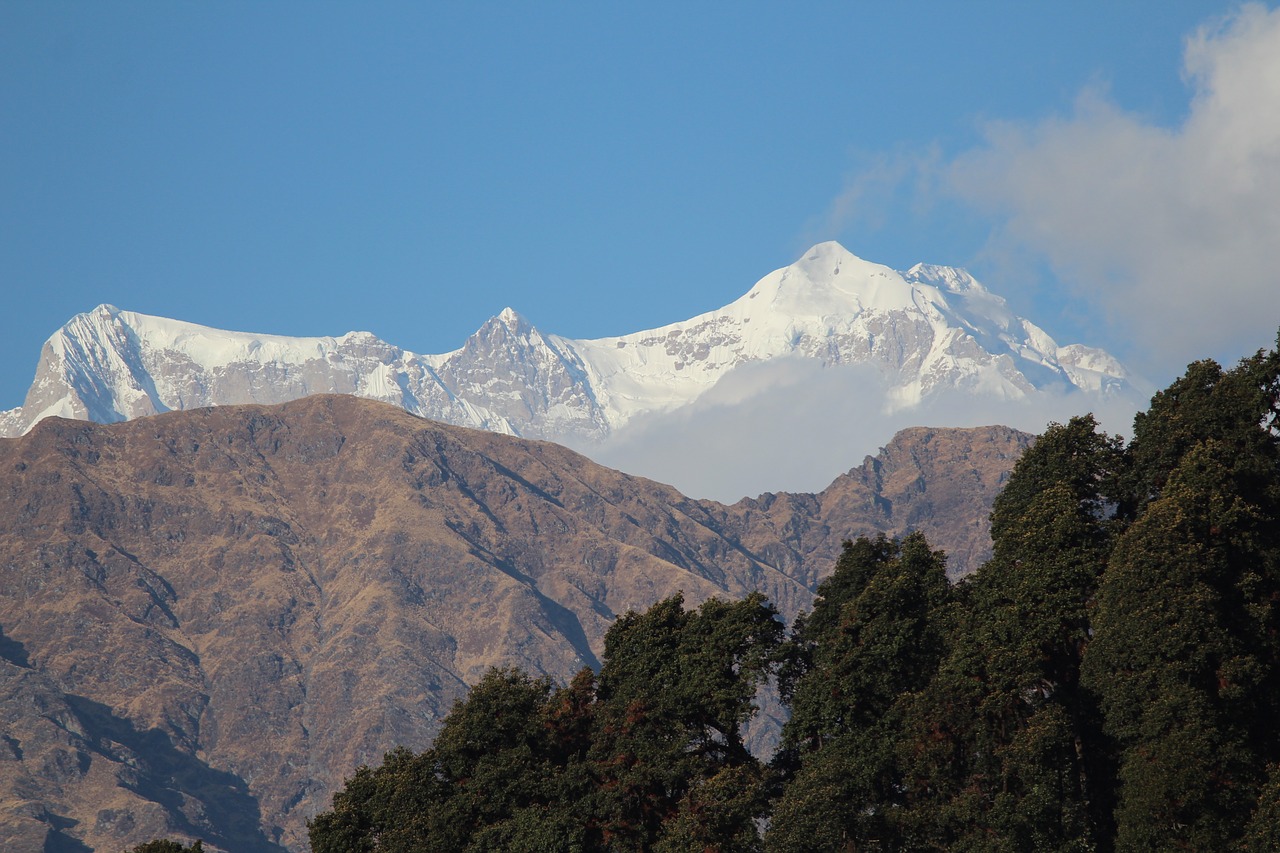 Photo: The beauty of Uttarakhand / The Art of Travel Partners

There are plenty of great ‘hill stations’ which besides being beautiful can also serve as base camps to explore lots of other hidden jewels further afield in Uttarakhand.

Dehradun is the capital city of Uttarakhand. This is one of the oldest cities of India, located in the Himalayas. This city is also termed as the “Oxford of India”, as it is best known educational centers of India.

Photo: View of Mussoorie / The Art of Travel Partners

Mussoorie is a hill station in the foothills of the Garhwal Himalayan range. It is about 35 kilometers from the Uttarakhand’s capital Dehradun and about 290 km north of the national capital of New Delhi. 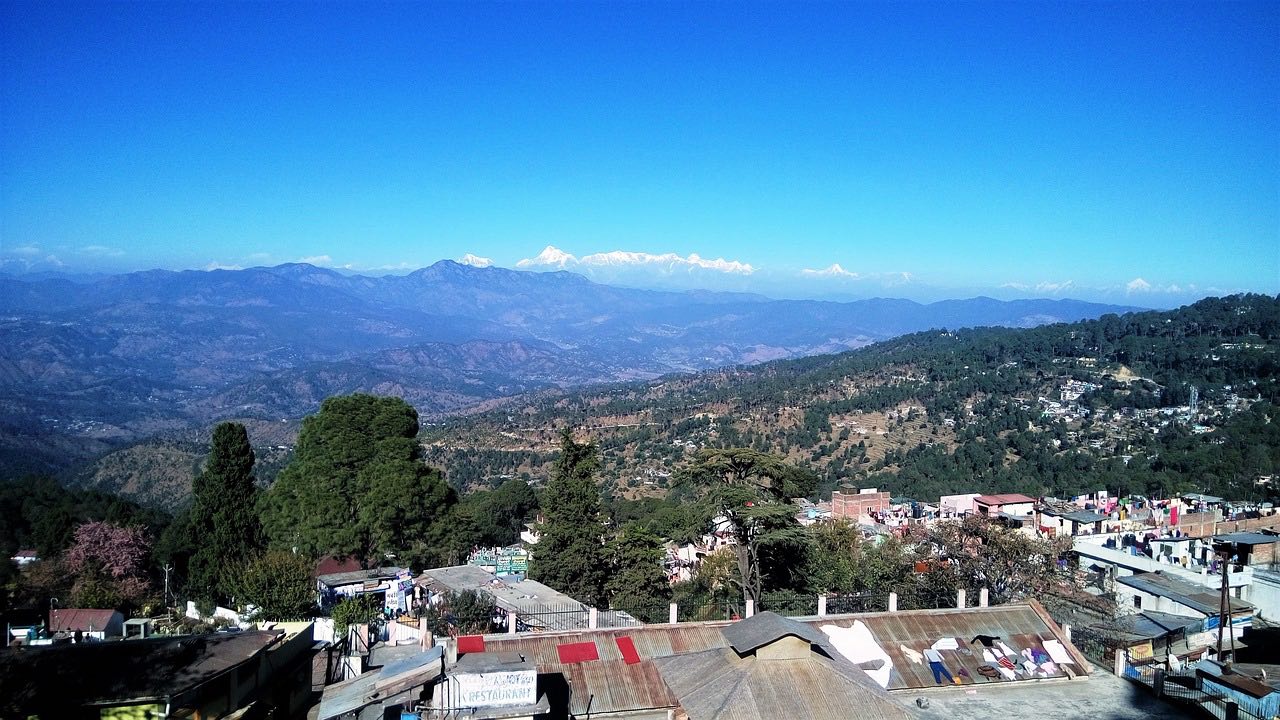 Photo: View of Ranikhet / The Art of Travel Partners

Ranikhet is a beautiful hill station known for its views of the Himalayas. Another attraction here is the hundreds of bells adorning “Jhula Devi Temple”, dedicated to the Hindu goddess Durga.

Fruit trees grow on the terraced orchards of Chaubatia Gardens, with views of peaks including Nanda Devi.

Mahatma Gandhi stayed in a hut, Gandhi Kuti, in nearby Tarikhet village during the independence struggle. 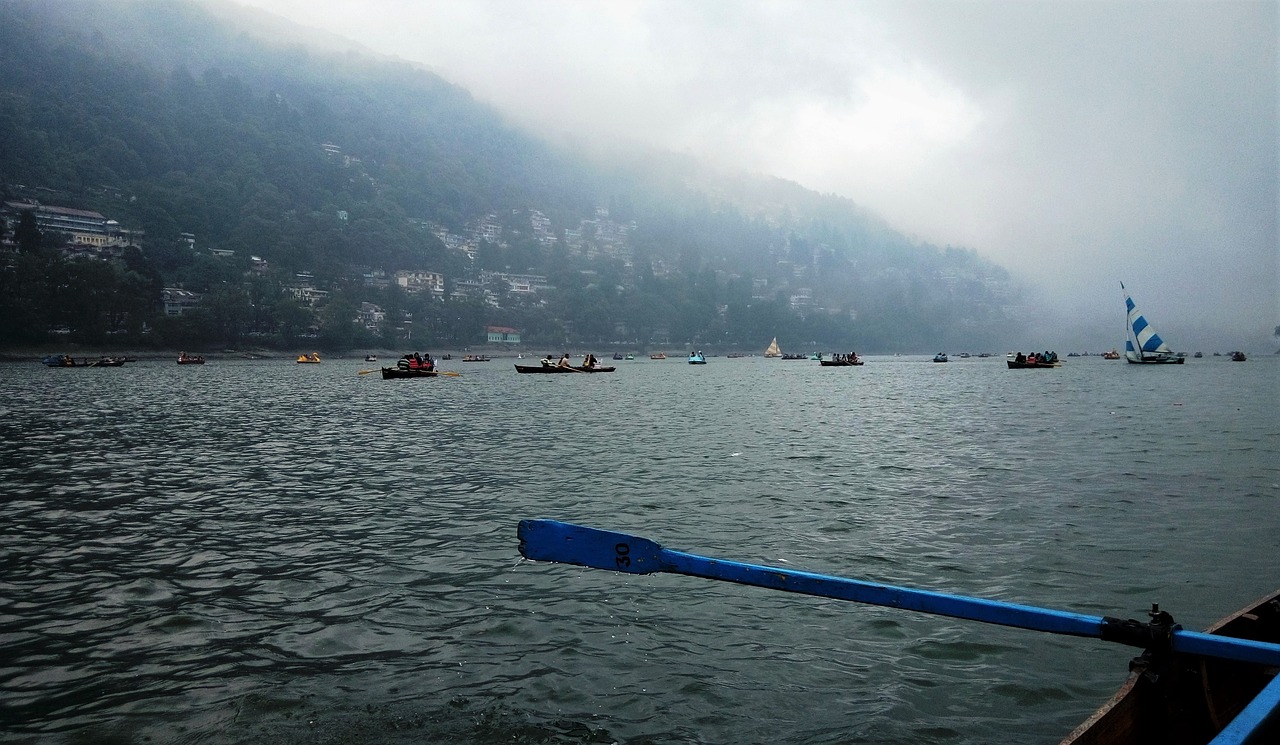 Nainital is one of the most popular hill stations in India. It is famous for its lake, after which it is named.

Naukuchiatal or “lake of nine corners” is a small hill station in Nainital district. The lake is 175 feet deep and is surrounded by hills covered in trees and shrubs.

It is the deepest of all the lakes in the Nainital region and is situated 26 km from Nainital.

Mukteshwar is situated at a distance of 20 km from Naukuchiatal. It has got its name from a 350-year-old temple Mukteshwer Dham whose presiding deity is great Lord Shiva.

The top of the mountain on which Mukteshwar Dham is stood offers stupendous views of Himalayan range.

Sat Tal (or “Seven Lakes”) is a cluster of mysteriously interconnected seven freshwater lakes situated 19 km away from Naukuchia Tal. The group of lakes is set amidst dense forests of oak and pine trees. These lakes are paradise for migratory birds as they stay for some time here during their migration.

Sat Tal is one of the few unspoiled and unpolluted freshwater biomes in India. It is often compared with Westmoreland of England by Britishers.

Bhimtal is older than the town of Nainital and is considered as one of the best excursions from Nainital. It is situated at a distance of 5 km from Naukuchia Tal.

The main attraction in Bhimtal is the Bhimtal Lake which has a small island at its center.

Legend has it that Bhima (from Mahabharata) visited the place during the exile period of Pandavas.

Bhowali is approximately 11 km from Nainital. It is famous for its panoramic view, it’s a lovely place to enjoy nature. 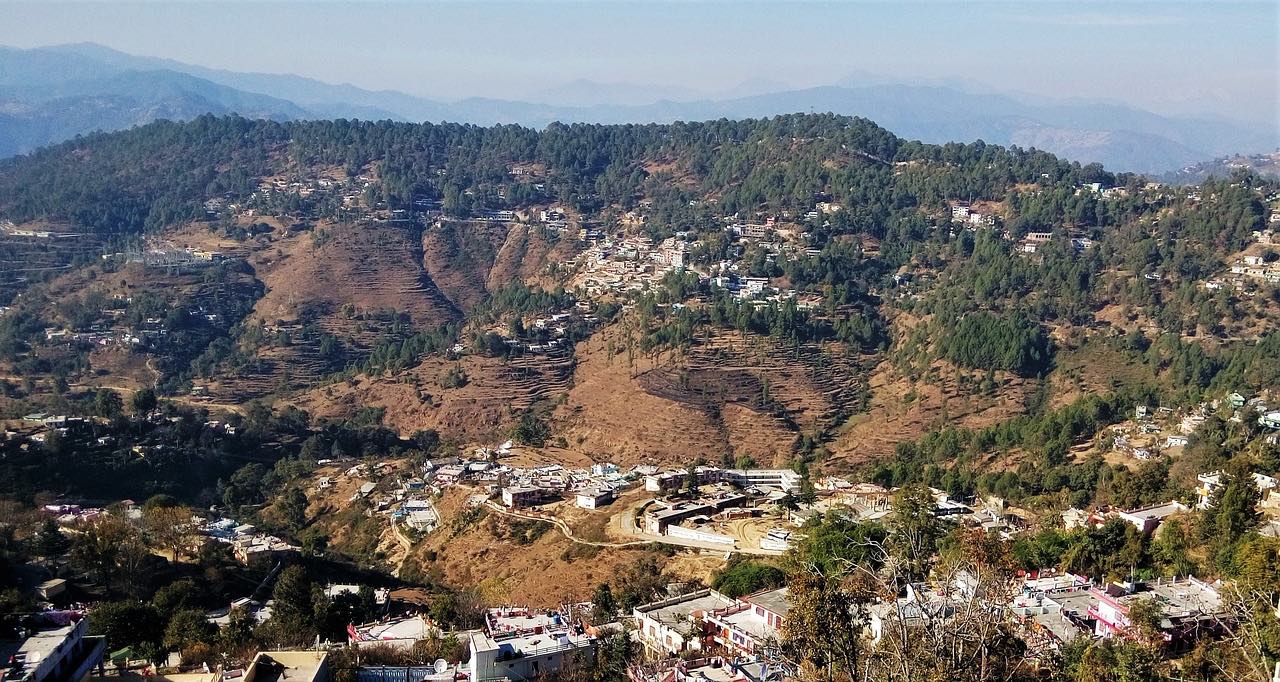 Photo: View of Almora / The Art of Travel Partners

In the Kumaon region, if you are near Almora and want to stay in a secluded area, visit Peora or Mukteshwar.

Dunagiri, also locally called Drongiri, Dronagiri, and Doonagiri is a mountainous area in the Kumaon region. It is an incredibly beautiful setting within the magnificent Himalayas.

A picturesque and less frequented hill station. If you are looking to get away from the crowd, head to Chakrata. 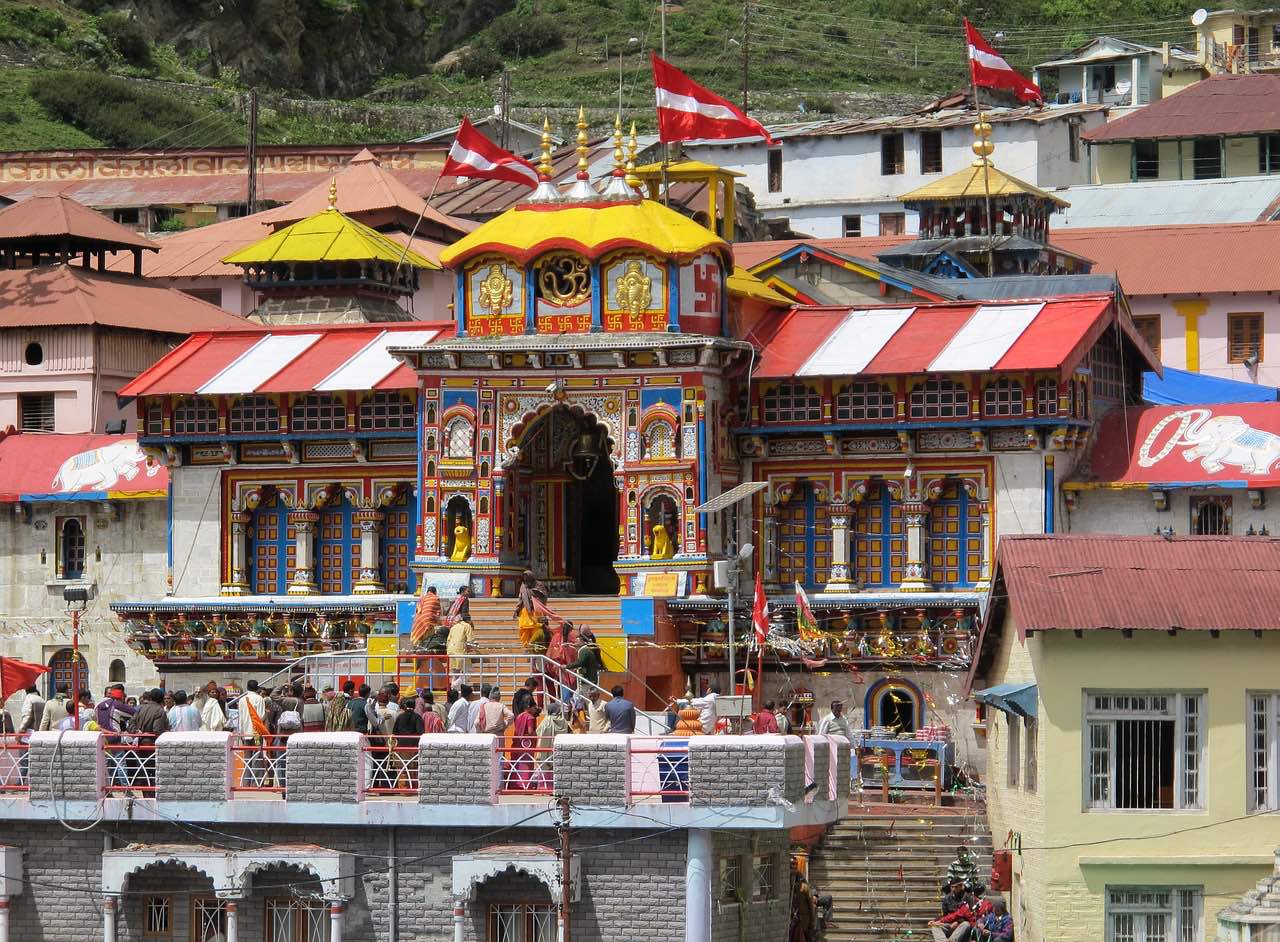 Badrinath is a holy town and one of the most important of the four sites in India’s Char Dham pilgrimage and gets its name from the temple of Badrinath.

This beautiful temple is located near to Alaknanda River, at an altitude of 3133 meters above from the sea level. This temple is dedicated to the Lord Vishnu.

The famous temple of Shiva.

The source of the holy Ganges river.

The source of the Yamuna River. 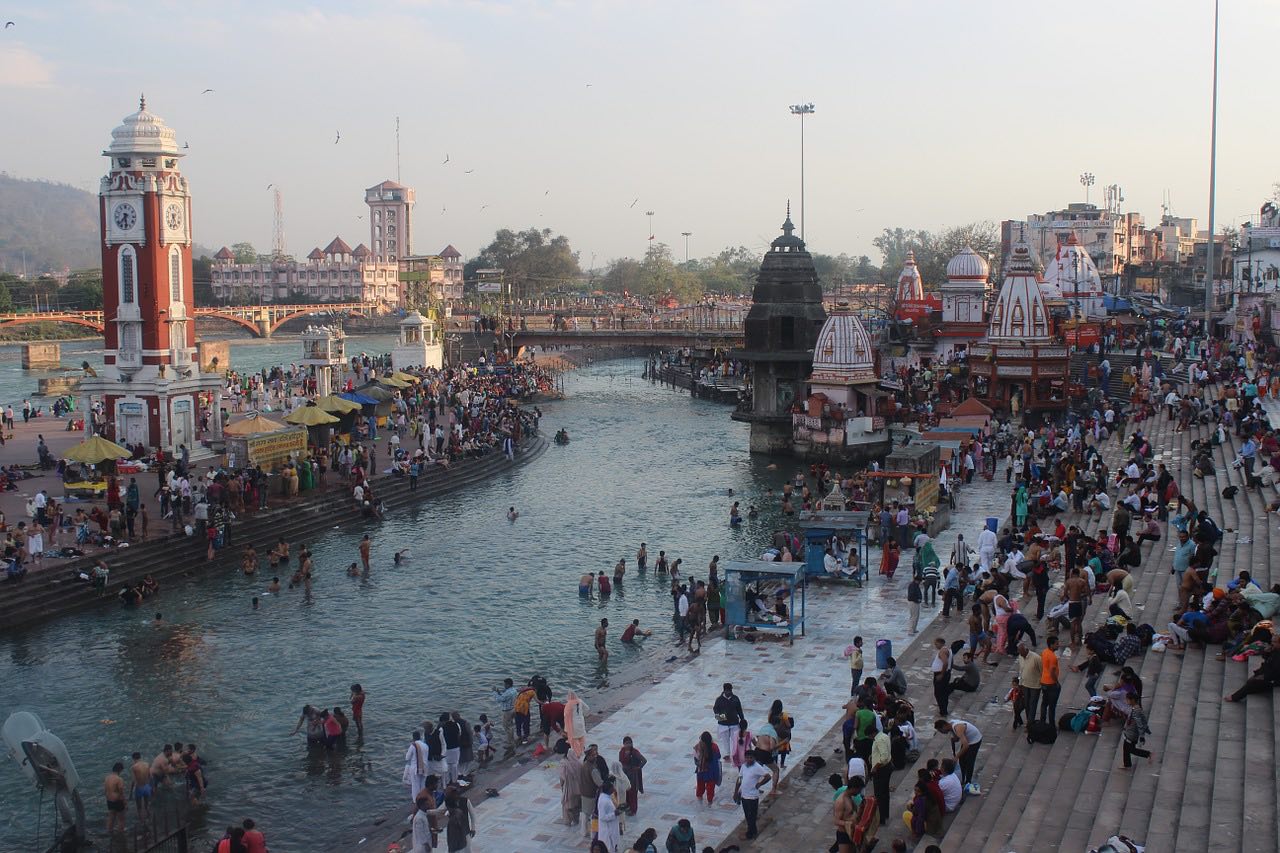 Haridwar is an ancient city and an important Hindu pilgrimage site where the River Ganges exits the Himalayan foothills.

The largest of several sacred ghats (bathing steps), Har Ki Pauri hosts a nightly Ganga Aarti (river-worshipping ceremony) in which tiny flickering lamps are floated off the steps. The sight is magical. 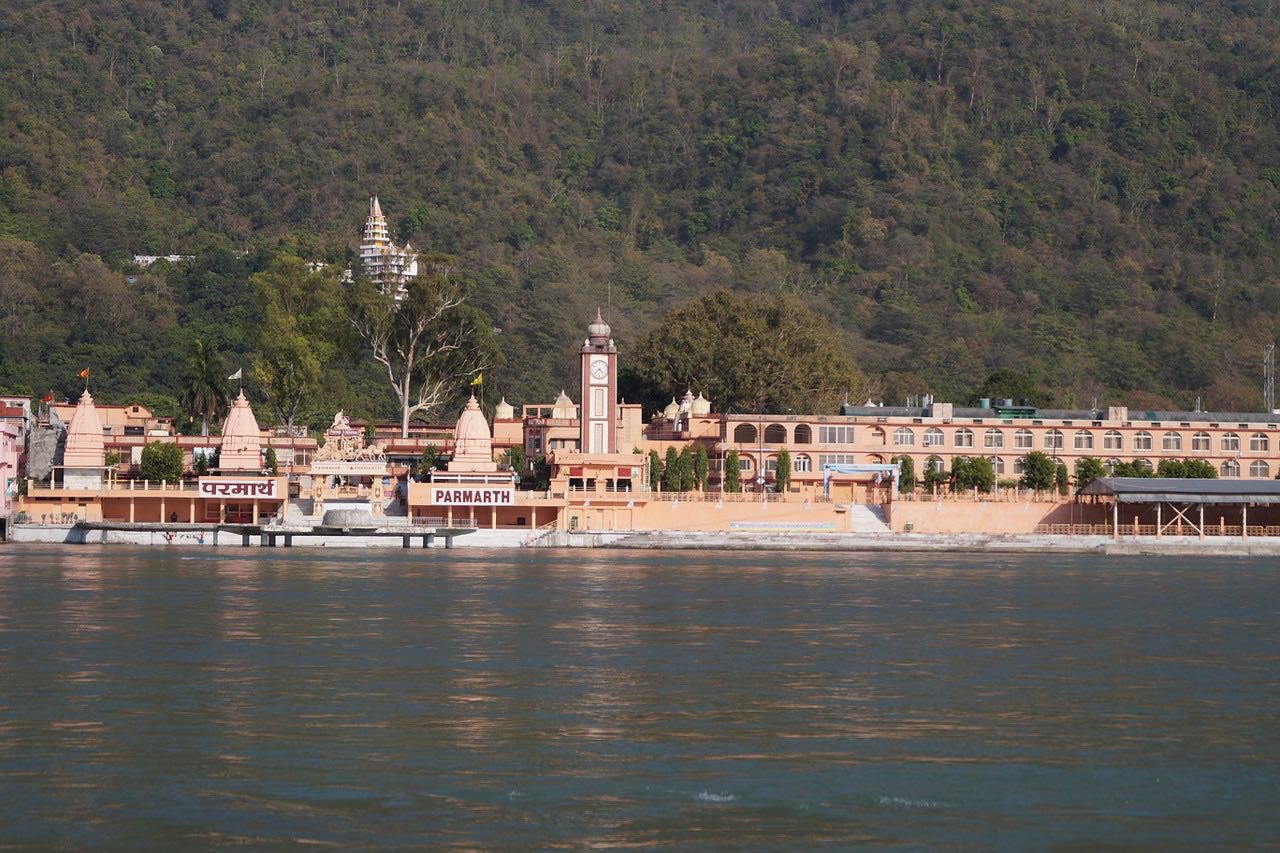 Photo: Holy city of Rishikesh / The Art of Travel Partners

Rishikesh, also known as the Yoga Capital of the World, is in the Himalayan foothills beside the Ganges River. It is considered holy and is renowned as a center for studying yoga and meditation. 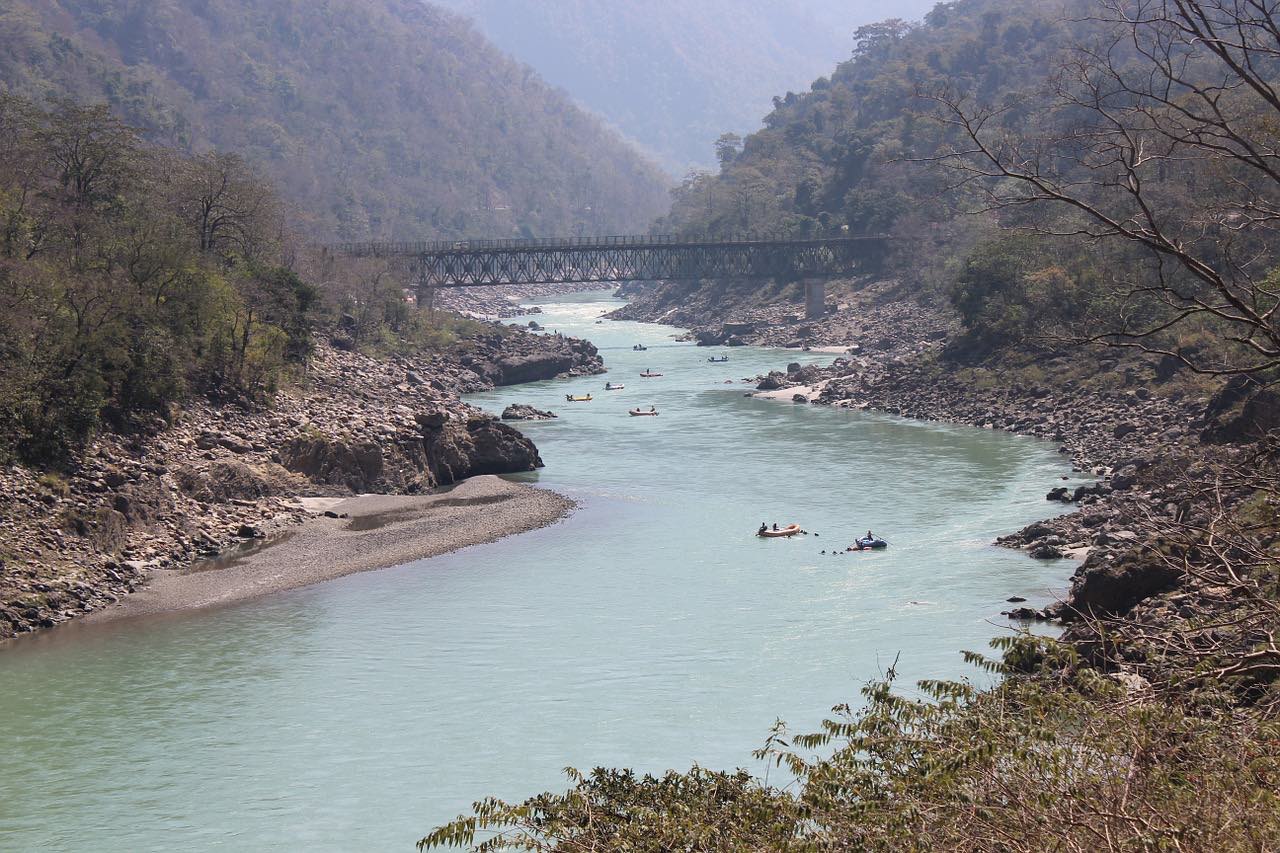 Photo: River rafting in Rishikesh / The Art of Travel Partners

Rajaji National park always attracts wildlife enthusiasts and nature lovers. This place is located around 208km from Delhi and around 9 km from Haridwar. This park remains open from November to June for the tourists. 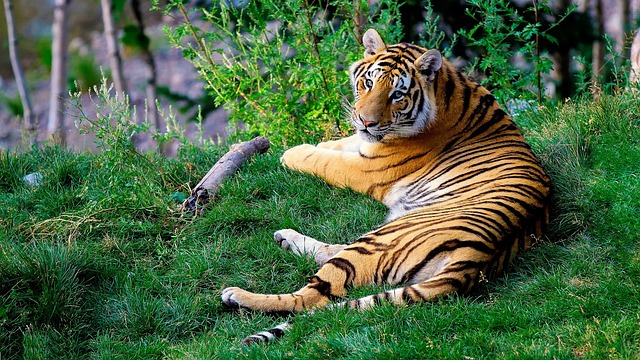 The oldest national park in India to protect the endangered Bengal tiger. The park was the first to come under the Project Tiger initiative. 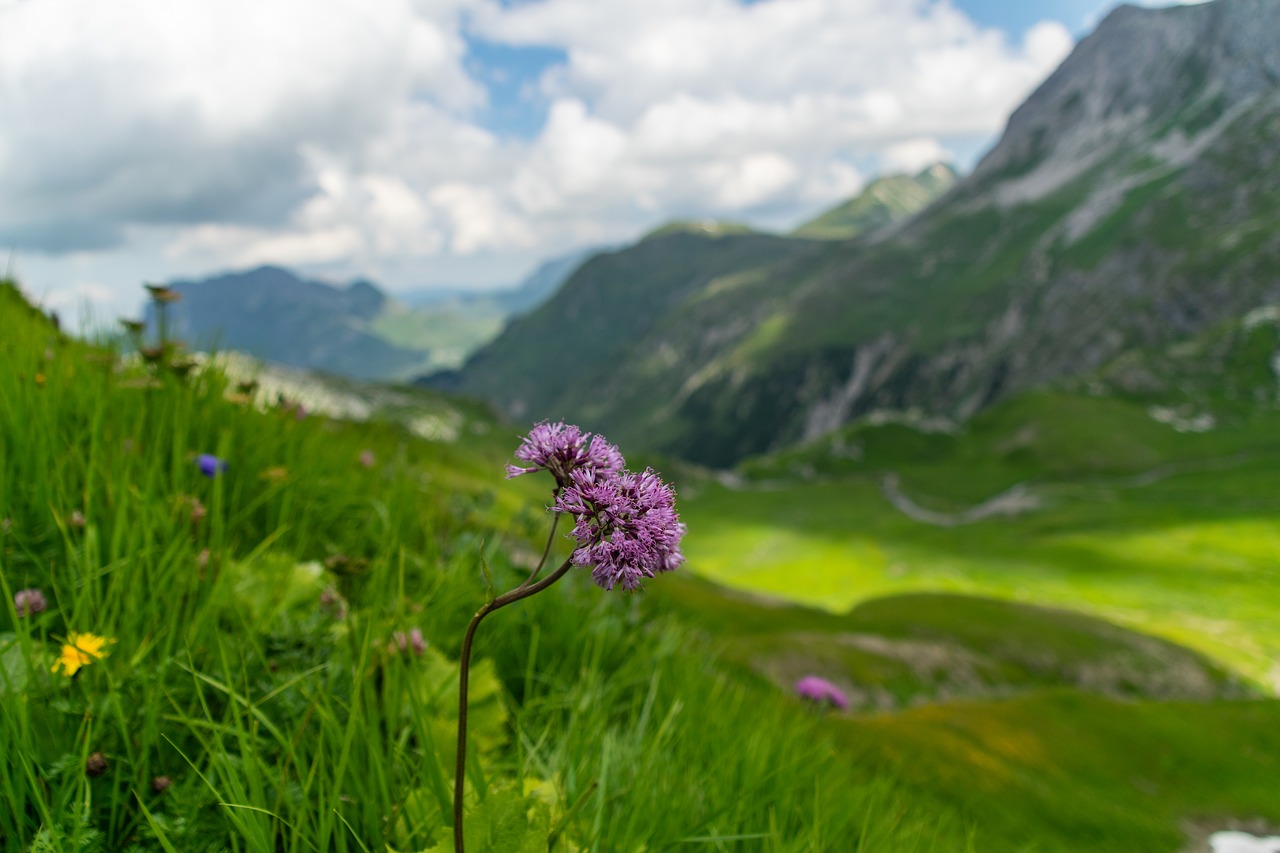 The Valley of Flowers National Park is inscribed on the UNESCO World Heritage List. It is famous for its outstanding natural beauty, endangered animals, and endemic alpine flowers.

Beautiful waterfalls, landscapes, and meadow add more stars to the beauty of Valley of Flowers. This national park is surrounded by forests.

Auli is a popular ski resort.

The end of the Indian road and start of trekking routes into the montane wilderness.

Uttarakhand is a great place for trekking. At the lower levels, there are forests and wildlife. At the upper reaches, you go past the tree line to snow clad mountains. 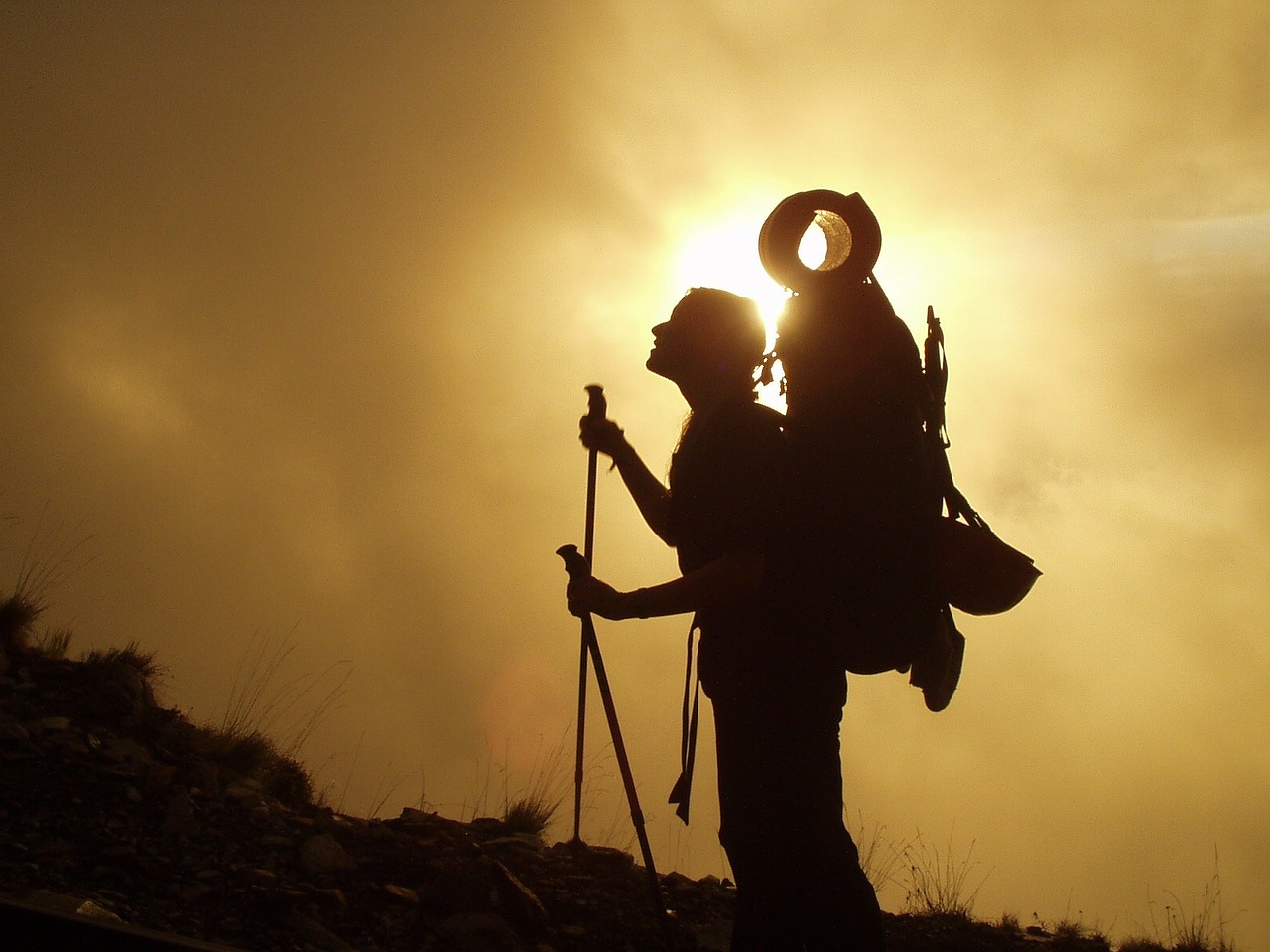 Photo: Trekking is fun / The Art of Travel Partners

There are many trip designs which can be conceived of, but there are perhaps around 20 trips which are the most popular. See also: Leave-no-trace camping and Wilderness backpacking

Roopkund Trek is one of the most popular treks. Roopkund, also known as Mystery Lake, is a clear water Himalayan lake.

Roopkund starts from Debal. This beautiful lake is surrounded by majestic Himalayan peaks covered with snow and glaciers.

Generally, trekkers and adventurers travel to Lohajung or Wan by road. From there, they climb a hillock at Wan and reach Ran ki Dhar, where a flat area allows for overnight camping. If the sky is clear, one can see Trishul Parvat from Bedini Bugyal.

The weather at Bhagwabasa is hostile most of the year. From Bhagwabasa, trekkers either go to Roopkund and return, or go to Shila Samundra (Ocean of Stones) via Junargalli Col Pass, which is just above the lake and then proceed to Homkund.

Chandrashila commands the most beautiful view of the Himalayas in the whole region, especially Chaukhamba and Nanda Devi. There’s one of the Panch Kedars – Tungnath’s temple – the highest temple of Shiva.

There are camping fees for the location as it comes under Kedarnath Wildlife Sanctuary. Take your own trekking equipment. It’s better to rent from Delhi. You can pitch & stay anywhere you want along the trek route.

Deoriatal Trek is one of the famous trekking destinations in Uttarakhand. One can drive up to the Sari village near Ukhimath, from where it is a short 4 km walk to the lake.

Trekking can be done the entire year in Deoriatal. 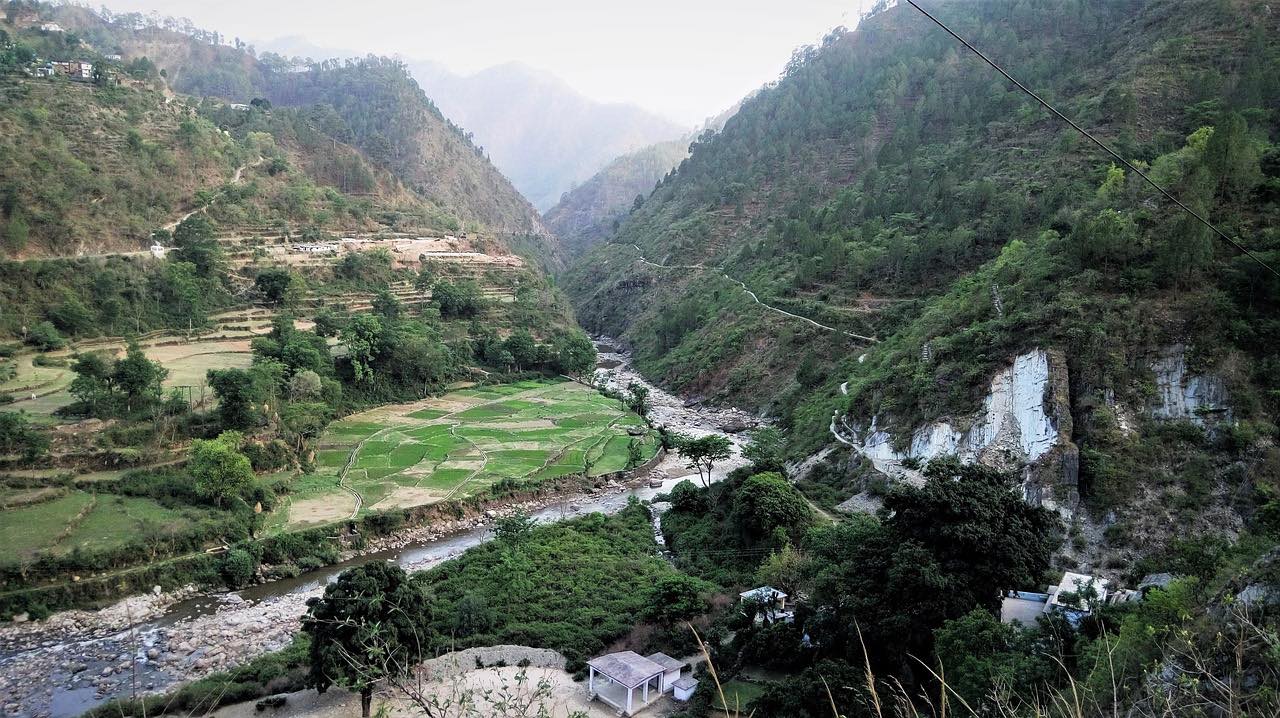 The local languages are Kumaoni and Garhwali, but everyone also speaks Hindi. English is not so common, but well-understood and spoken in some parts. 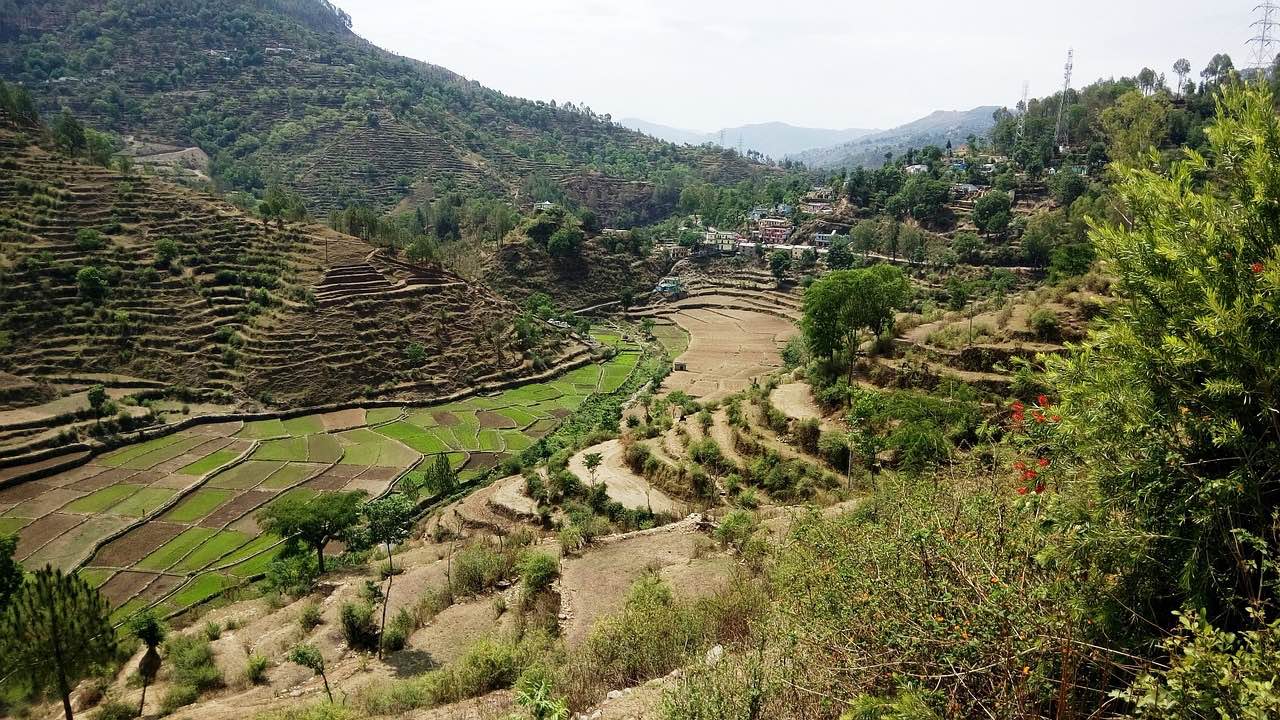 There are many ways to enter Uttarakhand. If you are interested in seeing the Garhwal region you can enter through either Haridwar or Kotdwar.

Note: Haridwar is the more popular entrance. But for both options, there are regular bus and train services available from New Delhi.

Entry in Kumaon is through Ramnagar, Haldwani, or Tanakpur. 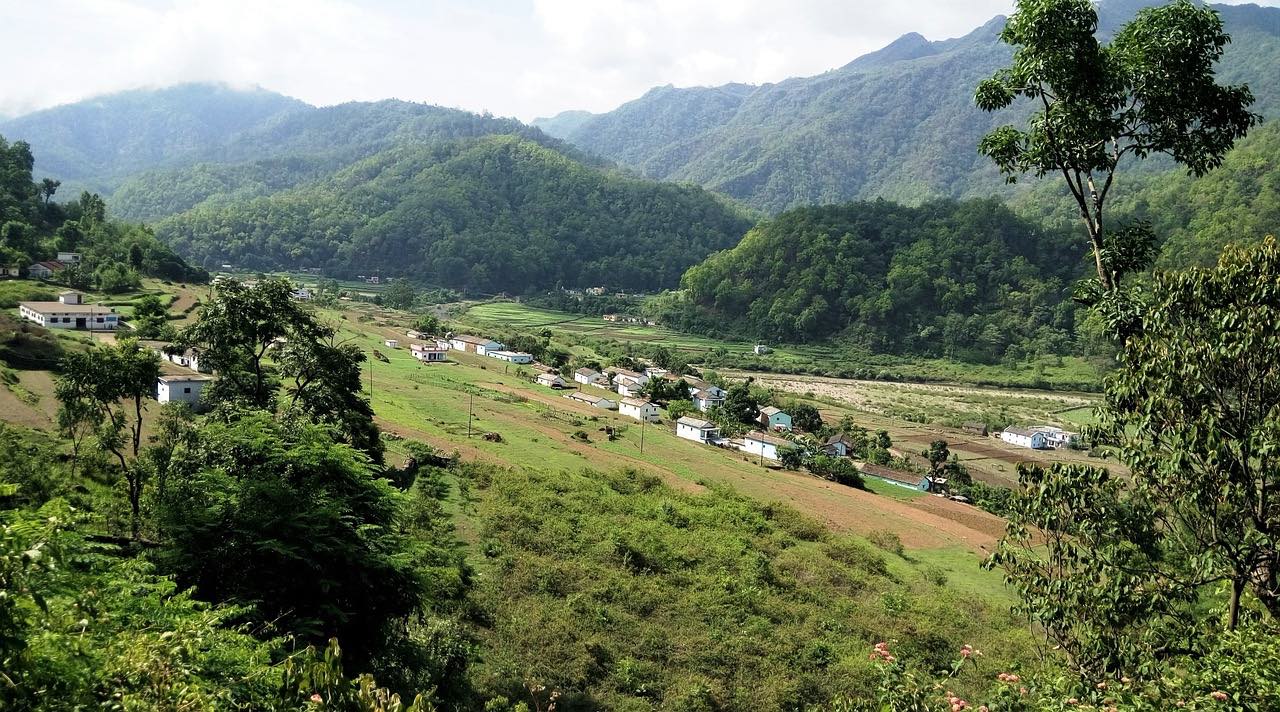 Public transport mainly consists of buses and shared jeeps that ply the major north-south pilgrimage routes during the day. Traveling between or away from these routes may require a long wait, hitchhiking, or hiring a private vehicle.

In the higher mountains, most drivers are friendly and will take extra passengers if they have empty seats, often in exchange for a small payment (similar to the bus fare).

Uttarakhand is an increasingly popular destination for motorcycling and cycling, and walking is an option in pilgrimage season when thousands of pilgrims walk the major pilgrimage routes.

Private taxis and jeeps are available in most towns.

The types of food here include Garhwali, Indian, Chinese, and Tibetan. In the tourist centers such as Badrinath, Gujarati, and Marwari, other regional cuisines are available for the hordes of pilgrims that descend on the holy sites every summer.

That said, Kumaoni food is very simple but very nutritious and completely suits the hard environment of the Himalayas.

Uttarakhand has high excise taxes on beer and alcohol. Most of the holy towns including Haridwar and Rishikesh are officially dry.

The roads are a bit tricky, and taxi rides in the hills may appear dangerous, but otherwise, Uttarakhand is a pretty safe place for tourists.

Rockfalls are frequent during monsoon season and can delay travel for several hours. The main north-south routes are also the main access points for the Indian Army to its border with China, so rockfalls tend to be cleared quickly (i.e. within the same day) on these roads.

But, sometimes rockfalls on minor roads may stop traffic for days or sometimes even weeks.