Polynesia is the most far-flung, easterly region of Oceania. The region is geographically defined as the islands within the Polynesian Triangle. It is formed by connecting the points of Hawaii, New Zealand, and the Easter Island. However, there are some islands outside of the Triangle as well. And they also relate to Polynesia.

Ethnically and linguistically, ancient people migrated here from their ancestral home in Taiwan. The history says that they were experienced sailors, and navigated even during the night, using the stars to find their way. The islands of Polynesia also have a historical name of the South Sea Islands.

Polynesia comprises island nations such as American Samoa, the Cook Islands (an archipelago of 15 islands spread out over 2.2 million square kilometers of the Pacific), Kiribati (the eastern region falls under Polynesia, and it is where the sun rises first every day), French Polynesia (which includes three islands, each one with a strong claim to being the most beautiful island in the world, Bora Bora, Tahiti, and Moorea), Mururoa (where the French carried out nuclear tests until 1996), Niue, Samoa (two main volcanic islands with luxuriant vegetation, a traditional culture and wonderful open-sided houses), Tonga (the so-called “Friendly Islands” and a present-day functioning Kingdom), and Tuvalu (one of the smallest countries in the world in terms of population).

New Zealand is the largest Polynesian nation, both in numbers of residents of Polynesian ethnicity and land area. Did you know that there are more Cook Islanders and Tongans living in Auckland, New Zealand than in their home islands?

Auckland, New Zealand Airport is the primary air hub for all of Polynesia. So, next time you fly to New Zeland, make sure to check out some of these Polynesian islands. 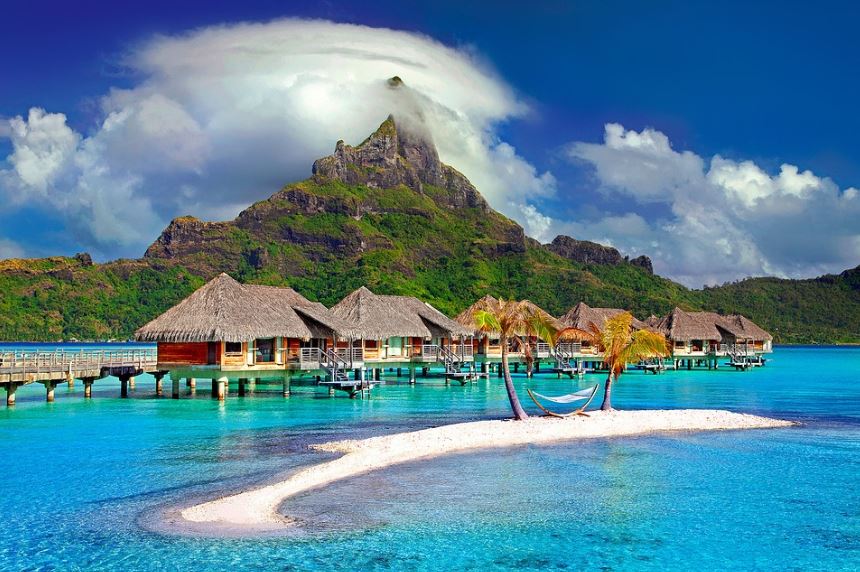