Typical British weather means that it is going to rain at some point during your visit to London. If you haven’t brought an umbrella, you severely under packed.

However, the rain won’t dampen your spirits because there is still so much to do and get the most out of your trip.

Get settled in, store your luggage in London and get ready to enjoy yourselves. Below are some of the best thing to do in London when you can’t be outside or don’t feel like exploring the outdoors.

Delve into the ancient capital’s most horrible history at the London Dungeon. Experience live actors, thrilling rides, and exciting special effects. Step back into the darkest of times… given you are brave enough to face 90 minutes of London’s dark past? 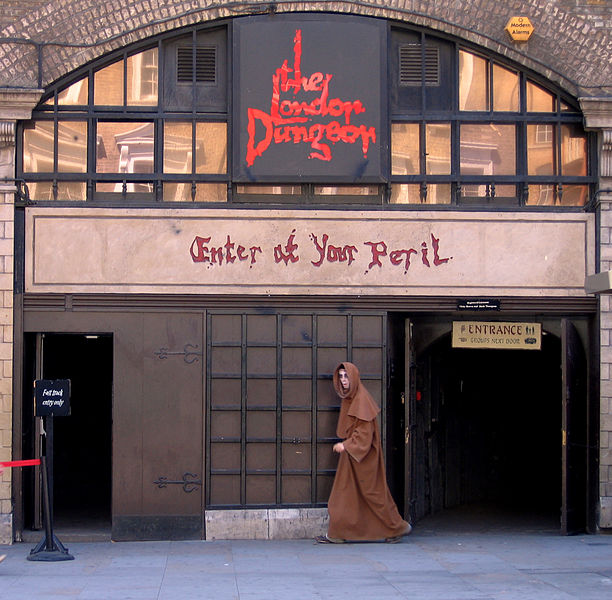 Vengeance: the UK’s first 5D laser ride has been unleashed at the London Dungeon. A Victorian séance has gone wrong… As you spin around in the darkness, can you duck, dive, dodge and shoot your way out?

A high speed, high adrenaline ride, this is the ultimate ghost hunt with you at the heart of the action.

If you’re a fan of the Harry Potter film franchise, this is going to be at the top of your list. Warner Bros. Studio Tour London provides an amazing new opportunity to explore the sets of the books and films you fell in love with. 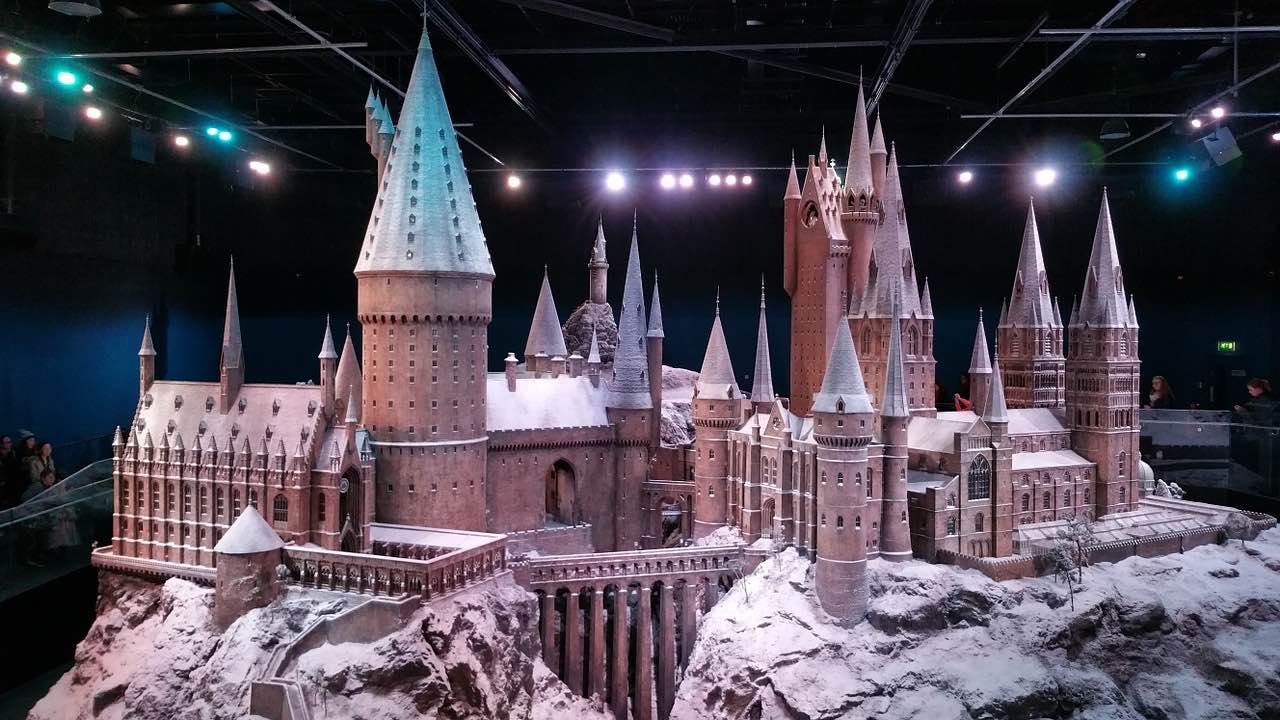 This unique walking tour takes you behind-the-scenes and showcases a huge array of beautiful sets, costumes, and props.

It also reveals some closely guarded secrets, including facts about the special effects and animations that made these films so hugely popular all over the world.

Explore the Great Hall, marvel at Dumbledore’s office and see how all the wonderful creatures were brought to life.

London markets have enjoyed a rich and vibrant history through the ages. From feeding the first settlers in the area to becoming major centers of commerce as London grew; to their present role as not only shopping hubs but tourist attractions in their own right. 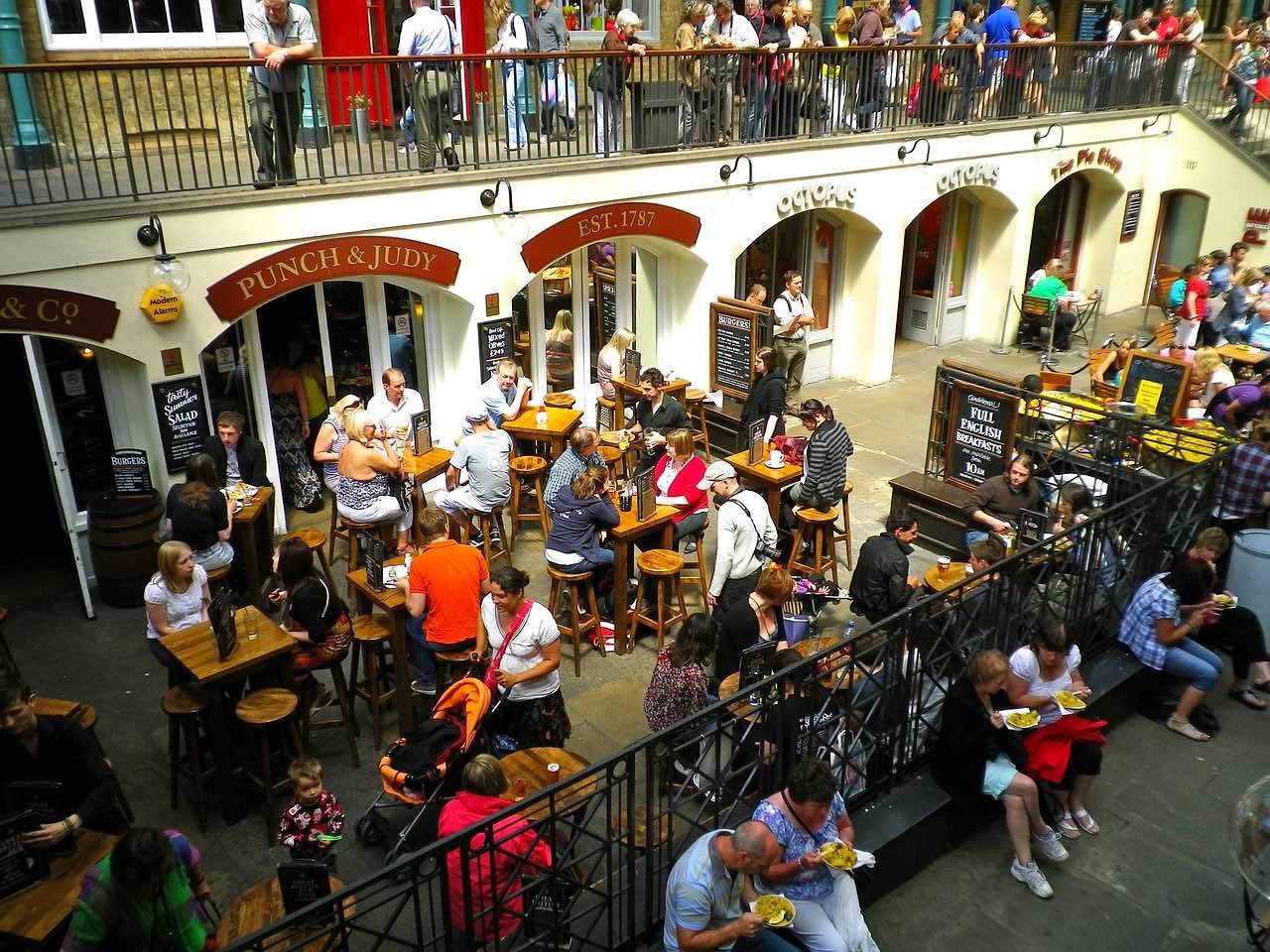 Greenwich Market is a fine example of a Victorian covered market, and Leadenhall Market or Coventry Garden Market also have similar traditional structures.

Borough Market isn’t a bad place to get caught in the rain either, especially if you’re hungry.

See London’s iconic concert hall as never before in a behind-the-scenes tour. Get up close and personal with its nooks and crannies, discover the building’s colorful history and gain a special insight into its current performances.

You may even get the chance to see The Royal Ballet in class or some of the slick backstage technology in action. All with nary a drop of rain in sight. 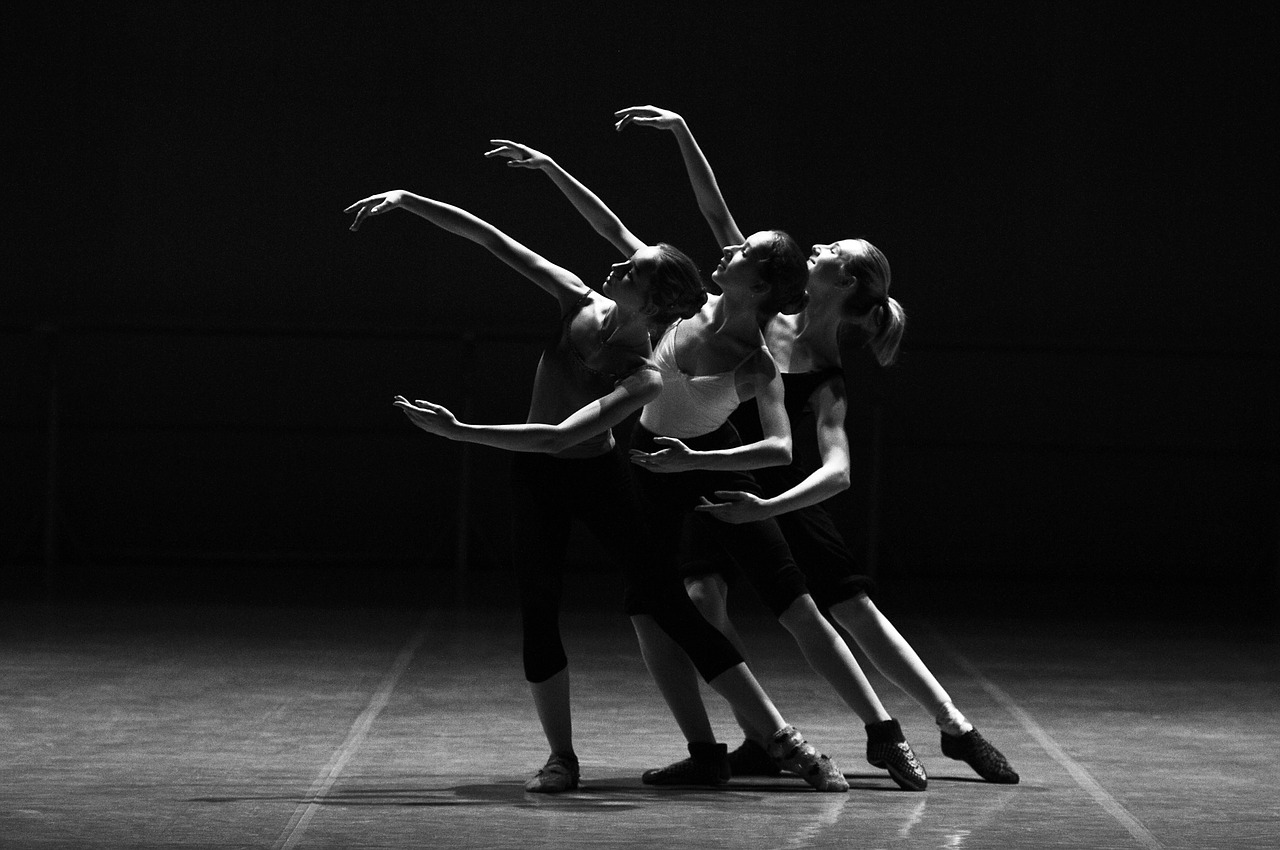 The Royal Opera House is a Grade I-listed building, and with its beautiful modern additions, it is a striking Covent Garden landmark. 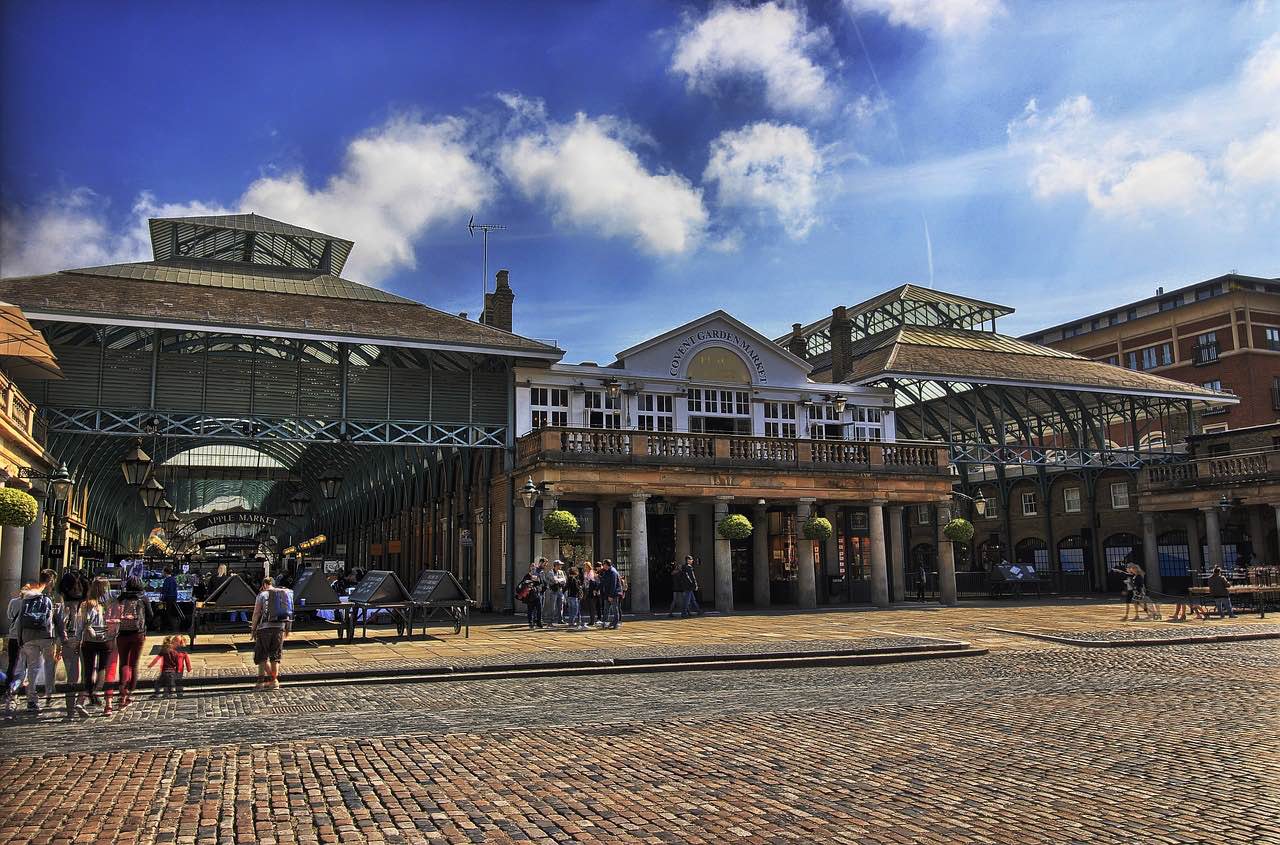 Book in advance for a behind-the-scenes tour, or just drop in for a visit: the foyer spaces (refurbished in 2018), café, restaurant, and bar are open to the public every day from 10 am.

If you have never been, now id the best time. Diving through the heart of Hintze Hall, a gigantic blue whale skeleton leads a cast of natural world stars, telling the dramatic story of evolution, diversity in the world today and our urgent role in the planet’s future. 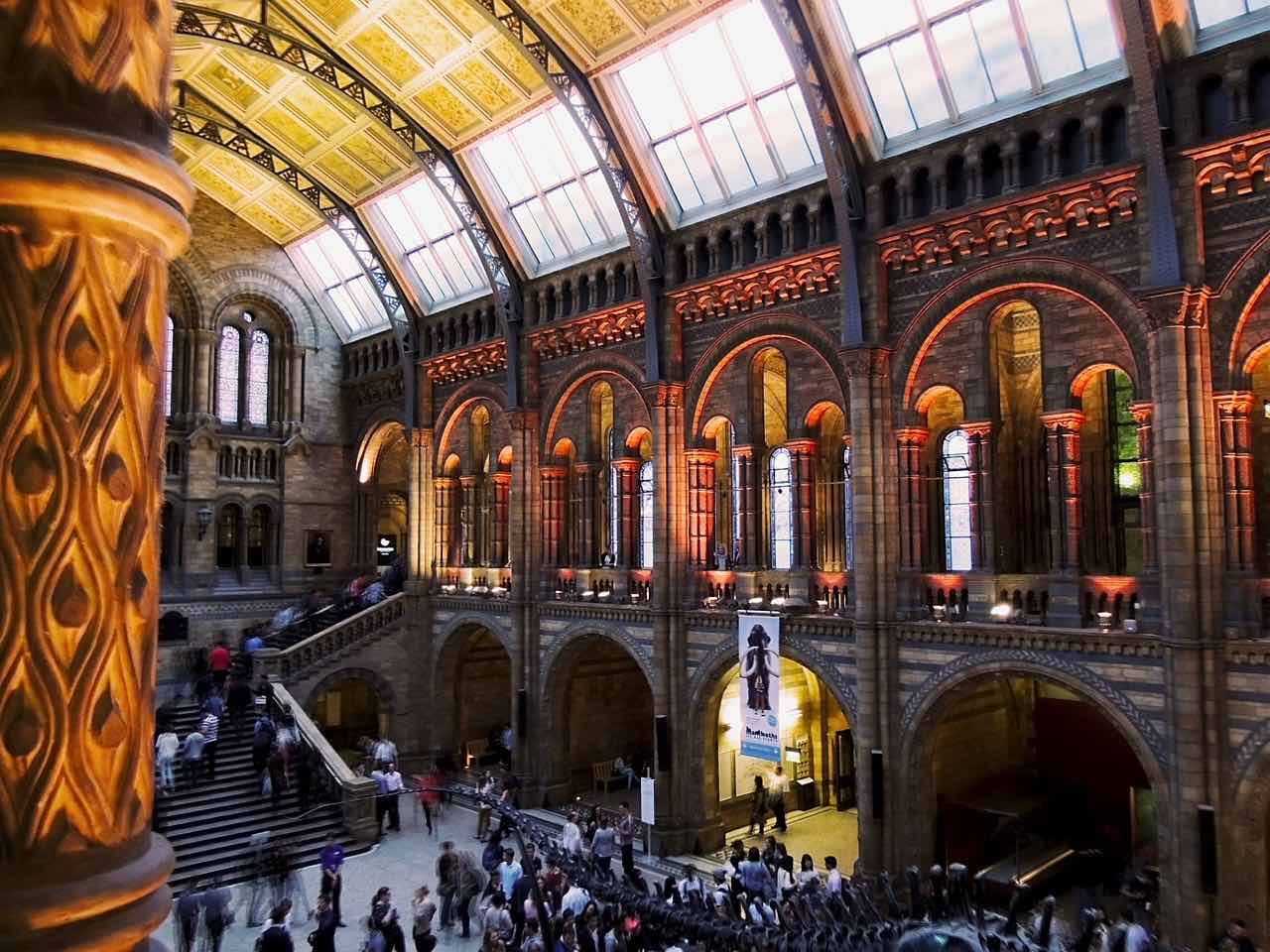 This real, 25.2-meter female whale skeleton is surrounded by hundreds of new specimens across three floors, including ten other star specimens in the ground floor wonder bays.

The Museum offers a wide-ranging programme of temporary exhibitions and events all year round which inspires a love of the natural world and educates on the power of nature.

This one is for you animal lovers. If you have little ones, they will bask in the glory of creatures and colors they have never seen before. Take a stroll under the sea as you pass through our amazing glass tunnel. Shoals of glittering fish flutter along beside you whilst enormous Green Sea turtles glide slowly over your head.

You’ll continue your journey of discovery as you explore the mysterious creatures that inhabit the world’s coastlines, species ranging from the depths of the Pacific Ocean to the breadth of the Atlantic.

Stand on the world-famous Meridian Line with one foot in the west and one foot in the east. Discover the past, present and future wonders of astronomy at the centre of time.

With your complimentary audio guide, learn about the discoveries of great scientists and inventors based at or associated with the Royal Observatory. Explore how great scientists first mapped the seas and the stars in Charles II’s magnificent Christopher Wren-designed Octagon Room – dating from 1675.

Marvel at the Great Equatorial Telescope, the UK’s largest historic telescope which gave astronomers new views of the universe over 100 years ago.

There are many in London and most of them are free. If you’re right in the centre but you get caught in a downpour in Trafalgar Square, then the National Gallery, National Portrait Gallery and Somerset House are all within a couple of minutes’ walk of each other.

These are obviously the most well-known but there are plenty of other options such as The Estorick Collection of Modern Italian, famous for its futuristic painting styles and Dulwich Picture Gallery, specialising in the greats such as Canaletto, Rembrandt and Gainsborough. However, they also have temporary exhibitions featuring new and emerging artists.

The final thing to do on this list is a bit of a treat. You HAVE to come here and indulge into the gorgeous hot chocolate they have to offer. 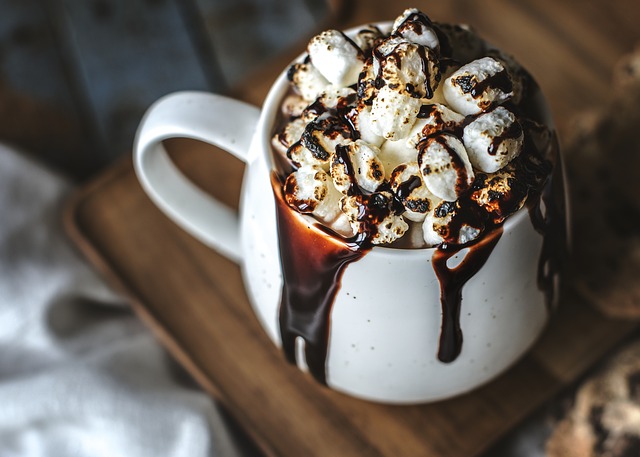 Its version of the cocoa classic comes with whipped cream, large pink marshmallows, a dusting of cocoa and a magic wand of curled chocolate. You can also choose from 70-percent-cocoa-butter dark, 38 percent milk or 29 percent white chocolate.