In the future, our urban commute will be mostly underground. To test this hypothesis and to make this method of transportation more widely adopted, Elon Musk has started a new company which is aptly names as “The Boring Company.” Interestingly, “Boring” in Dutch means “Drilling.” But there is also a pun intended at the nature of work involved.

Elon Musk wants to make transportation three dimensional. In the not-so-distant future, we’ll be moving in our cars or copters in the air, underneath the earth, and on the earth’s surface. Watch this short video to get an idea. This sure looks like sci-fi and I am excited for it to happen.

To make underground travel more common and appealing to the public, Musk plans to drill a series of underground tunnels underneath the streets of Los Angeles with the goal of alleviating the nightmarish traffic conditions in the greater Los Angeles area.

Eve tough the underground tunneling is actually a fairly common solution in urban planning (mostly used for the subway systems), it has remained fairly limited in scope. Why? Because drilling is expensive. And, more often than you hope for, you wind up having unforeseen issues during construction. Simply put, you don’t know what’s there when you dig!

Before Musk’s initiative (which is as much about reducing the cost of tunneling as much about traffic solution), the average cost of tunnel construction is roughly $1 billion USD per mile. The goal of The Boring Company is to dig and construct the same length of the tunnel at 10-100 times less. 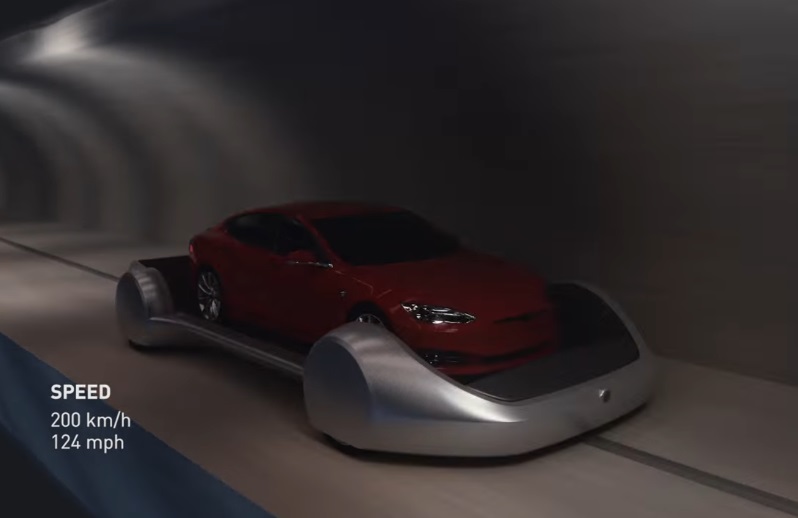 In May 2017, Musk said the first boring route will run from LAX (Los Angeles Internation Airport) to Culver City, and then expand to Santa Monica and end in Westwood. The tunnel trip will take 5 minutes, compared to normal driving that can take up to 45 minutes in normal traffic to go from LAX to Westwood. These trips will be implemented by placing a car on an electric sled and traveling at 125 mph (200 km/h) through tunnels.