Winnipeg is Manitoba’s capital and the largest city and stands midway on the Trans-Canada Highway and Railway. The Peg (as it is called in short) dominates the Canadian Prairies and is as diverse as the whole of Canada.

Winnipeg is a “Gateway to the West” and can be visited for its architecture, museums, and its broad retail market. Among major attractions are the Canadian Royal Mint, St. Boniface Cathedral, and the Canadian Museum for Human Rights. 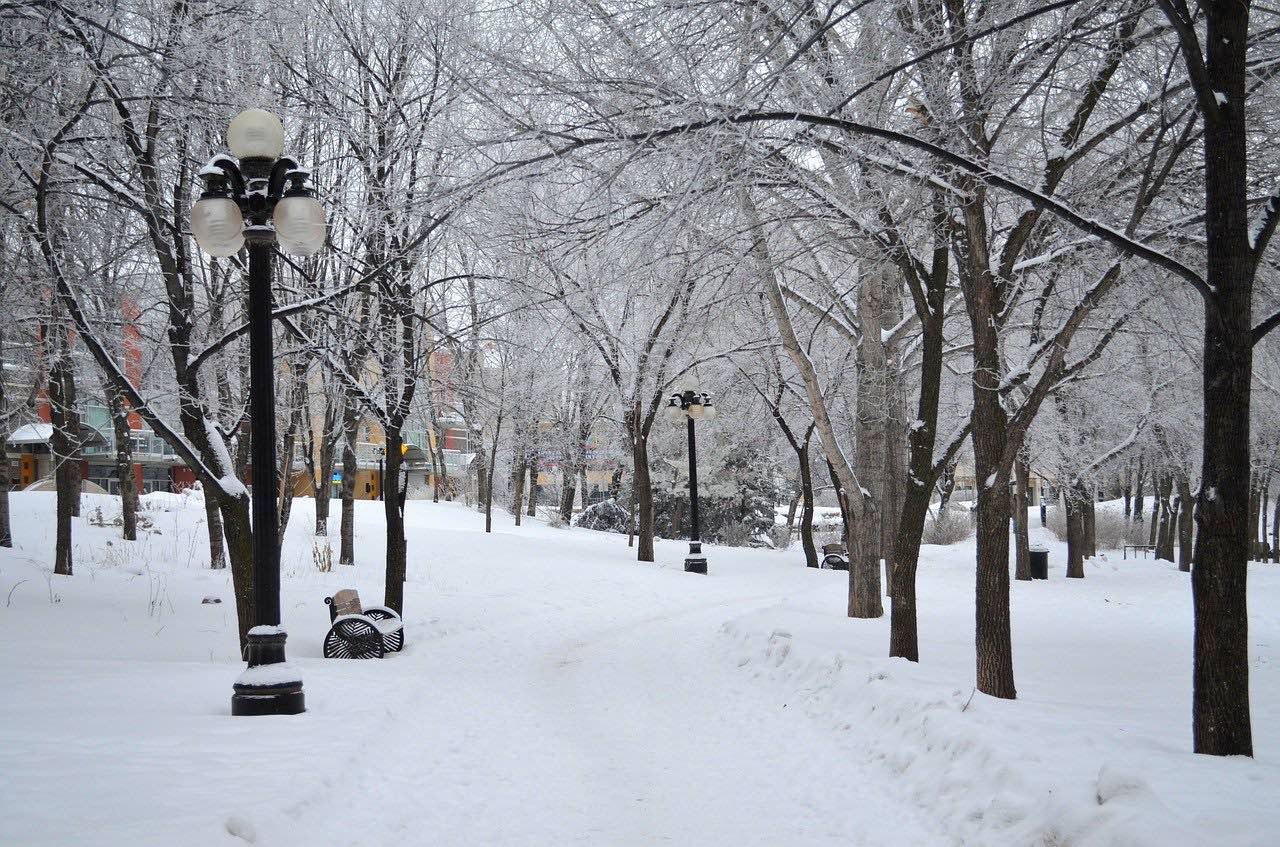 The name Winnipeg is a transcription of the Western Cree word “wi-nipe-k” meaning “muddy waters”; the general area was populated for thousands of years by First Nations.

The confluence of the Red and Assiniboine Rivers, nowadays known as The Forks, was a crossroads of canoe routes traveled by Aboriginal peoples prior to European contact.

Winnipeg started out at this spot in 1738 as Fort Rouge, a French outpost for the fur trade. After the Seven Years’ War, under the Hudson’s Bay Company it became Fort Gibraltar and later Fort Garry. Many trails converged on the fort and later became streets, which is evident when you see the city’s somewhat haphazard road layout.

In 1869–70, Winnipeg was the site of the Red River Rebellion, a conflict between the local provisional government of Métis, led by Louis Riel, and newcomers from Eastern Canada.

This rebellion led to Manitoba’s entry into the Canadian Confederation as Canada’s fifth province in 1870. On 8 November 1873, Winnipeg was incorporated as a city.

The city experienced a boom during the early 20th century and for a while was Western Canada’s major economic center. Fortunately for the visitor, the economy slowed around the middle of the century, leaving intact a remarkable collection of period architecture, primarily in the city’s downtown Exchange District.

Things To Do In Winnipeg 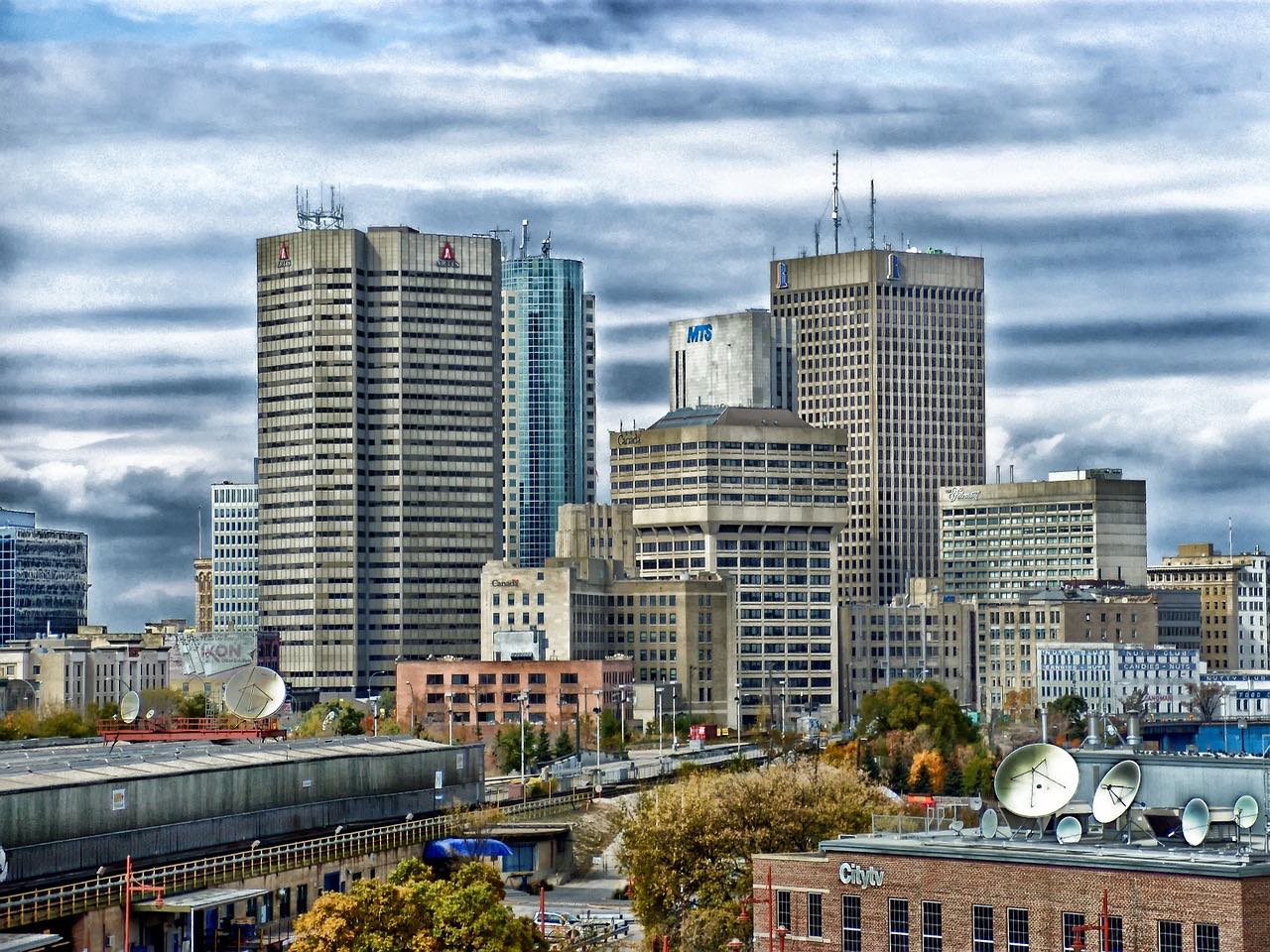 Winnipeg’s heart is The Forks, a historic site at the intersection of the Red and Assiniboine rivers, with warehouses converted to shops and restaurants, plus ample green space dedicated to festivals, concerts and exhibits.

Nearby, the Exchange District is known for its well-preserved, early 20th-century architecture and numerous art galleries. (more below)

A tourist attraction on the Red River. The Forks Market offers fresh and specialty foods plus more than 50 unique shops housed in an eclectic and historic building that was originally a horse stable.

The market has an excellent food court with various ethnic food options. Head to the hayloft for handicrafts and one-of-a-kind items including clothing, artisan-inspired gifts, jewelry and toys.

In the winter you can rent ice skates and go skating down the Red River. In the summer, there are special events and outdoor entertainment almost daily, some fantastic patios and outdoor bars.

Explore over 153 ha (378 acres) along the Assiniboine River. The Zoo, Conservatory, English Garden, Leo Mol Sculpture Garden, Tudor-style pavilion, and a fine example of a French formal garden are a few of the features found in the park. Picnic areas and cycling and walking trails are popular with visitors.

In the winter, enjoy cross-country skiing, tobogganing and skating on the Duck Pond.

Bordering on the Red River, King’s Park has many pathways (gravel and paved) to enjoy some of which lead to marshland. In the centre of the park you will find the beautiful Pagoda Gardens. The Park also has a soccer field, two baseball diamonds and an off-leash dog park area.

Carol Shields Memorial Labyrinth (inside King’s Park) – a free, outdoor garden labyrinth commemorating the world renowned author. A showcase for gardening and landscaping and the largest contemporary labyrinth in Canada.

Connecting The Forks to St. Boniface, this bridge has become one of the most photographed sights in Winnipeg.

Living history museum, educational guided tours about the fur trade era and costumed interpreters reliving life in 1815. During February, it is at the heart of the Festival du Voyageur.

Visit Manitoba’s beloved Golden Boy, who is perched atop the Provincial Legislative building. The Golden Boy, a magnificently gilded 5.25 m (17.2 ft) figure sculpted by Charles Gardet of Paris and cast in 1918 at the Barbidienne foundry in France, is probably Manitoba’s best-known symbol.

Embodying the spirit of enterprise and eternal youth, he is poised atop the dome of the building. He faces the north, with its mineral resources, fish, forest, furs, hydroelectric power and seaport, where his province’s future lies.

The foundry was partially destroyed by bombs during the First World War, but the Golden Boy emerged unharmed. Go inside the building to see the exquisite grand staircase and rotunda. Guided tours available.

The Royal Canadian Mint’s facility in Winnipeg, designed by local architect Etienne Gaboury, produces billions of coins each year. This is where all Canadian circulation coins are made, as well as those for 60+ governments all around the world.

A fascinating guided tour includes the viewing of a 5-minute video in the theatre area followed by a 40-minute walking tour overlooking the state-of-the-art manufacturing facility where the precise art, craft, and science of coin-making is revealed.

The adjacent interactive coin museum involves the visitor in unique learning activities including the ability to make your own souvenir coin and the opportunity to lift and hold a 99.99% pure gold bar worth over $200,000.

The original cathedral, built in 1908, was destroyed by fire in 1968. The remaining walls were incorporated into the design of the new church, creating a dramatic facade facing west across the Red River towards downtown Winnipeg: the clouds wheeling behind the hollow rosary window frame are like a Tyrell art installation.

The cathedral is a beautiful testament to Winnipeg’s history.

Featuring hills and ridges formed by ancient glaciers, this 35km² park 24km northeast of Winnipeg on Hwy 59 has a lake, oak and aspen forests, native prairie wildflowers, deer, waterfowl and songbirds. Facilities include camping, swimming, picnic sites, a riding stable, a restaurant, a beach concession and a convenience store.

There are 30 km of trails for walking and cross-country skiing and 7.2 km of paved bicycle and roller blading trails.

Includes 10 ski runs, a quad chairlift and a tow rope. The terrain park offers something for all levels. Certified instructors and rentals available.

Outdoor amusement park with over 20 rides and attractions for kids. (May–Sep)

Features music performances, a folk school, programs for young performers and young visual artists, over 100 artisans, children’s programming, a visual art exhibition, and a food village that encourages the use of local, organic and fair trade ingredients.

The city is home to several other events as well: 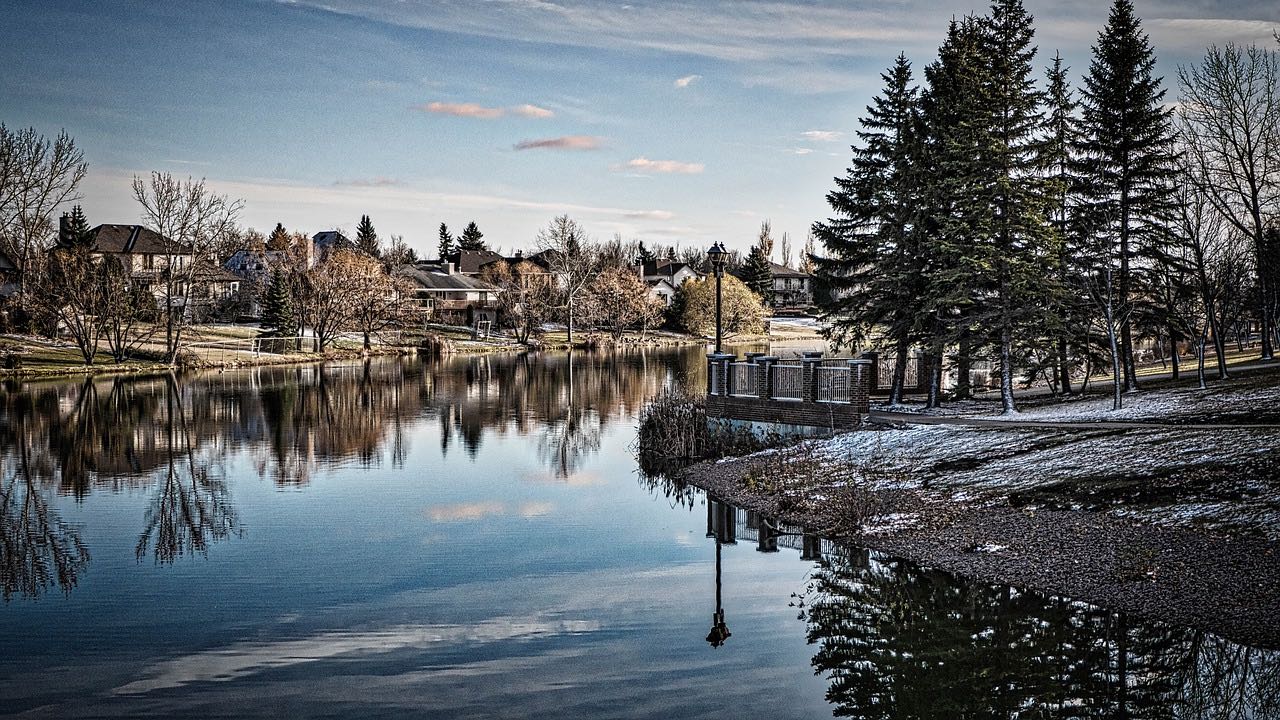 Winnipeg is a great starting point to begin exploring the province of Manitoba. Manitoba has many recreational opportunities, including canoeing, fishing, cycling, and cross-country skiing.

Winnipeg is ranked as Canada’s second sunniest city year-round and second for clearest skies year-round. Summers are typically warm and often humid, particularly in July, with frequent nighttime thunderstorms. On average, Winnipeg has 45 days a year where the humidex (combined effect of heat and humidity) reaches above 30 °C.

Winnipeg is also known for its high mosquito population, particularly during early summer. Dusk and dawn are the most active time for mosquitoes. June, late August and September tend to provide the most pleasant environment for summer visitors.

Spring and fall tend to be rather contracted seasons, each averaging a little over six weeks. In general, the weather during these seasons is highly variable and rapidly changing. It is typical for the day to start off quite cold in the morning, but heat up considerably in the afternoon. It can be difficult to judge how to dress during this time, so layers are the best option.

Winnipeg has the coldest winter temperatures of any city in North America with a population of over 100,000. Winters in Winnipeg are usually dry, and can feel colder due to the often windy conditions.

The winters are long and overnight minima average below -15°C with rare extremes going down to near -40°C, though there is still much to enjoy during these months. Be sure to pay attention to the windchill (combined effect of cold and wind) which can drop below -40 °C/F (exposed skin freezes in less than 10 minutes).

Snow cover can be expected from mid-November to late March. The city turns on what is arguably Canada’s best display of Christmas lights from late November until well into January.

Winnipeg residents love food. There is an amazing array of restaurants catering to every taste and budget. Tipping is customary in Winnipeg and is not included in the price of the food.

Parking will be difficult in the popular areas, especially Saturday nights.

Winnipeg has a moderately high crime rate by Canadian standards, but low violent crime by American or global standards. Much crime is gang or alcohol related and rarely involves tourists who exercise the same degree of caution they would in any other urban center.

Areas where higher degree of caution is advised at night include areas north of City Hall on Main St and the area surrounding Central Park.

Panhandlers are less numerous in Winnipeg compared to cities like Vancouver and Victoria, BC and they are very seldom aggressive, however displays of obvious wealth such as jewelry and expensive digital cameras should be kept to a minimum. It is best to kindly refuse panhandlers and keep walking.

As in any city, common sense should prevail. Never leave a vehicle unlocked and under no circumstances should any object be left in the car interior where it can be seen, no matter what the value (includes CDs, gloves, clothing, tools, etc).

Keep all items in the trunk. Most importantly, never leave any coins, no matter what the amount in your ashtray or console. An individual with drugs or alcohol dependency will not hesitate to smash a car window even for less than $1.

If you rent a vehicle, ensure with your rental agency that it is equipped with an immobilizer. If you drive your own vehicle here, Manitoba Public Insurance offers a most-at-risk vehicle assessment .

While this is aimed at those intending to register vehicles in Manitoba, tourists may use this to consider if their vehicle is at an elevated risk for theft. Out of province tourists may also consult with their automobile insurance agent.