St. John’s is the capital of Newfoundland and Labrador, Canada. It is the oldest city in North America and is located in the southeast corner of the island of Newfoundland.

The city is the easternmost point on the Trans-Canada Highway, a network of roads leading more than 8000 km westward to Victoria, British Columbia.

The St. John’s metropolitan area is the second-largest in Atlantic Canada, behind Halifax.

Fun Fact: With a location, 2100 km (1339 miles) northeast of Toronto, St. John’s is closer to Dublin, Ireland than Vancouver, Canada. It is the most easterly urban settlement in North America Continent.

John Cabot was believed to have sailed into the harbor on June 24, 1494 – the feast day of John the Baptist, for whom St. John’s Harbor is named.

The first year-round settlement was not long after 1630, although a seasonal fishery operated in the region long before then.

Sir Humphrey Gilbert claimed the area as England’s first overseas colony on 5 August 1583 under Royal Charter of Queen Elizabeth I.

Fishermen from England’s West Country controlled most of Newfoundland’s east coast by 1620. Fortifications were installed from 1670 onward to defend the city, against the Dutch and then against the French—both of whom had briefly captured the town at one time or another.

The province’s House of Assembly meets in St. John’s, at Confederation Building.

When Newfoundland became a self-governing dominion within the British Empire in 1907 (a status similar to that of New Zealand), St. John’s was its national capital.

Confederation with the Dominion of Canada in 1949 demoted the city to provincial capital status; by then, Newfoundland had fought in two world wars. 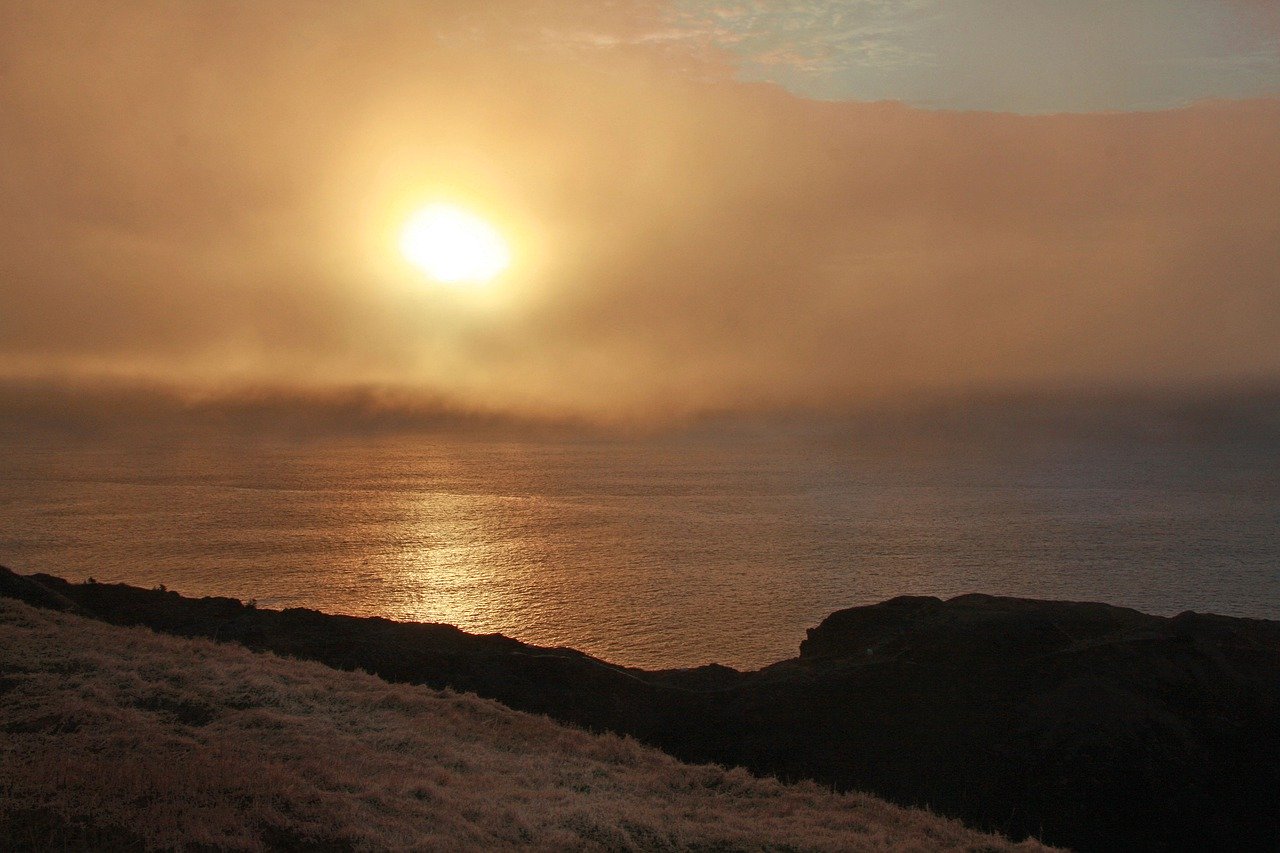 Majestically overlooking the city and designated as a National Historic Site. The hill was the last stand of the French army in North America during the Seven Years War.

Cabot Tower, built-in 1897, stands as the top today. The first wireless transatlantic message was received there in 1901.

A small village on the edge of the downtown where small houses are framed by the sheer cliffs. The village was once part of the British Defence for the St. John’s Harbor.

A trail leads from the end of the Battery around the cliffs and up to Signal Hill. 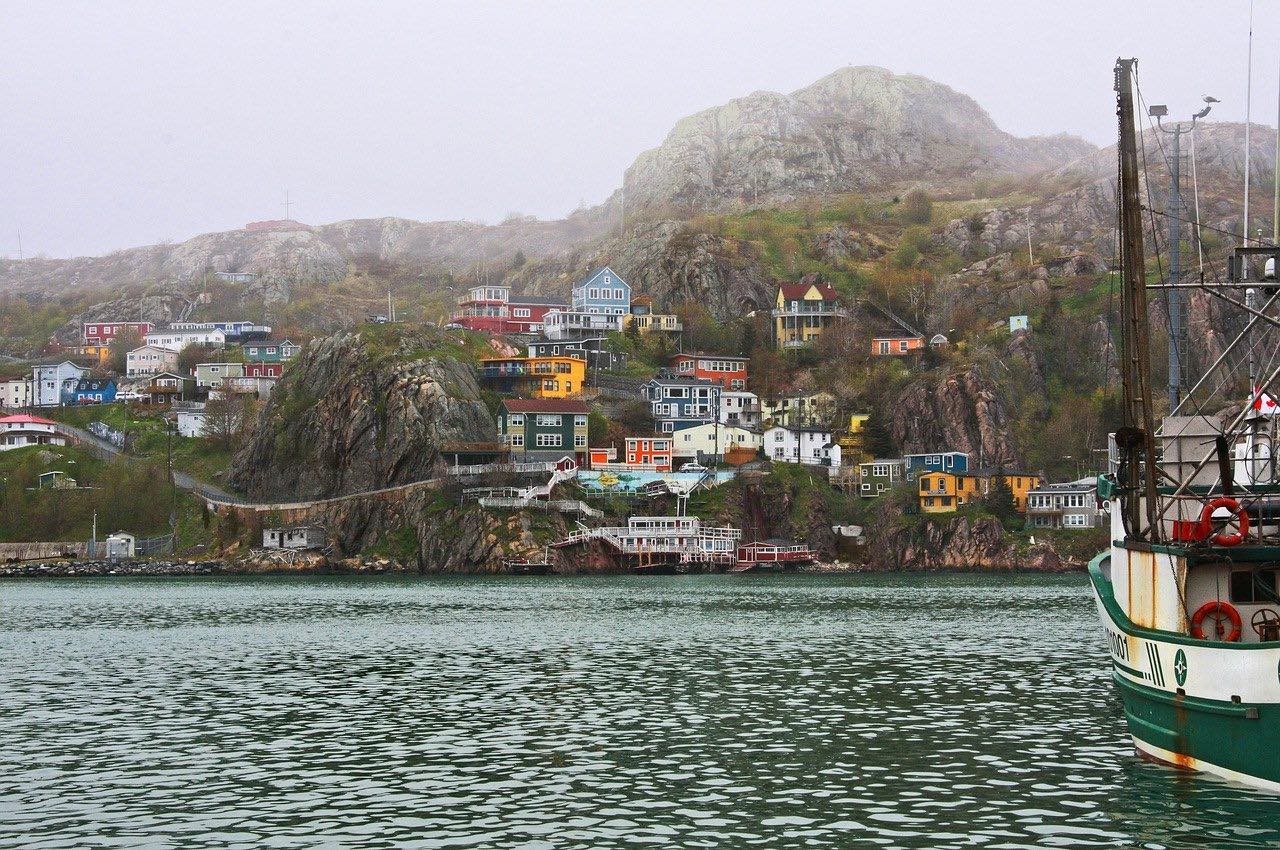 A cliff-side trail along the coast north of Signal Hill. This trail system extends in segments to the north and south for dozens of kilometers

Tour the brewery and sample specialty beers. The 30-min hike along the shore from Signal Hill is gorgeous.

This Memorial University Botanical Garden is a cool place to visit especially if you are traveling with kids.

A lighthouse and World War II military fortification. Located across “The Narrows” on the opposite side of the harbor from Signal Hill. Offers unique views of the city and Cape Spear.

The park hosts concerts, and features statues of a Newfoundland dog and a Labrador Retriever.

The Grand Concourse Authority oversees an extensive collection of walking trails in the city.

This urban park has large grassy areas and a few small flower beds. Near a small bandstand, there is a life-size statue of a girl sitting on a park bench tying her ice skates. A building shaped like a railway station has a Beaver Tails stand and a WC.

Tour historic St. John’s while being regaled with stories of the spooky & strange. (Tour begins and ends at the Anglican Cathedral. Only during summer.)

The major cultural center at Fort Townsend for Newfoundland & Labrador. The building has become one of prominence (and controversy) rivaling that of the Basilica.

Note: From the upper floor, you can get an unrivaled view of the area. For the cheap, there is free admission on Wednesdays between 7-9 PM.

The Colonial Building is a neoclassical building constructed of white limestone brought from Cork, Ireland. Opened in the 1850s, it was the seat of Newfoundland’s legislature until 1959.

The Court House, built in 1901, is a Victorian-era building built of local granite and sandstone. The building extends between Duckworth and Water streets and has an interesting facade on each of the two streets.

Government House contains the official residence of the Lieutenant Governor of Newfoundland and Labrador, and is situated within a park with flower beds and blossoming trees.

As well as visiting the gardens, the public may go within the main entrance of Government House to sign a guest book and pick up a free postcard. Free.

The museum has various exhibits about rail and coastal shipping located in the original 1903 Riverhead Railway Station.

The museum contains dioramas of passenger car interiors built into the dismantled passenger car bodies. Outside, south across the street from the museum, a locomotive, and two carriages are on display in a small park.

Behind the museum at its NE corner, the shop building of the Newfoundland Railway still stands without any tracks; although closed to the public, the shop front can be viewed from a public area.

George Street, in the heart of downtown, is a prime location for nightlife. This narrow street (between Adelaide St & Water St) is lined with colorful buildings is the core of St. John’s busy nightlife.

Open only in the summer months, Newman Wine Vaults is historic wine vaults, constructed in the late 18th century to age port wine. It is one of the St. John’s oldest buildings.

Historical context: Port wine was imported from England, aged in the cellars, and often exported back to England because the sea voyage and Saint John’s cool temperature were good for the wine.

The front of the building was modernized in the early 20th century; however, the interior is well preserved in its original state.

A free sample of the port is offered to adult visitors. Price also includes admission to Commissariat House.

The commissariat procured supplies for the local military in 19th century. The first commissariat had a house built to provide a residence as well as a staffed public office.

The rooms on display are furnished with many antiques circa 1830. A narrated guided tour is provided. Price also includes admission to Newman Wine Vaults.

A small park containing a bronze sculpture of Terry Fox dipping his foot in the water at the site where in 1980 he began his Marathon of Hope to raise money and awareness for cancer research.

This black wooden church opened in 1836 and is the oldest church in St. John’s.

The cornerstone for this Anglican cathedral was laid in 1843. The church was destroyed by the St. John’s Great Fire of 1892 and was rebuilt between 1893 and 1905.

This Roman Catholic church designated a minor basilica by the Pope). It was built between 1841 and 1850 and has twin 43-meter-high towers.

This Gothic Revival church, built-in 1894, has an impressive spire.

This red-brick church was built in 1896.

Contemporary art gallery featuring work from all over Canada.

Beautiful lighthouse on an ocean-facing cliff, with walking trails.

Located about 12 km (7.5 mi) south of town, is a picturesque fishing village and friendly, quiet retreat. From Blackhead Road (which leads from St. John’s to Cape Spear), turn south onto Maddox Cove Road.

A 3-km nature trail winds through a mixture of wood and wetlands. View animals in their (enclosed) natural habitats. The trail takes about an hour to walk. About 65 km from St. John’s.

A little under 30 km (19 mi) west of town on Route 40. A ferry runs from Portugal Cove west to Bell Island.

Safety and Other Travel Tips

Visitors should have clothing for highly variable weather in Saint John’s. For example, the high in the summer months could be 9 °C (48 °F) but the next day could be a pleasant 20 °C (68 °F). Nights are usually cooler.

St. John’s is generally regarded as a safe city. With crime rates much lower than the national average, little is to fear walking around St. John’s at most times of day or night.

That said, a few things to note:

As in any other city of comparable size, use caution when traveling after dark. Use common sense.

Panhandling is very common in downtown, however simply replying “no” or ignoring those individuals usually does the trick, while a few more may be more persistent. Very rarely will these people become violent, and are usually not a problem.

Caution should be used when on George Street, especially on Friday and Saturday nights. With excessive drinking and drug use, it’s not uncommon to see a few drunk folks in a fight.

Avoid 24-hour restaurants and convenience stores in late hours (especially in the downtown area). This is good advice to follow anywhere in the world.