The Nordic countries make up the northernmost part of western Europe, extending into the Arctic. They include Finland, Iceland, Norway, Sweden, and Denmark, the Faroe Islands, Aland and in most definitions Greenland, as there are long-standing political and linguistic ties.

Scandinavia covers only Denmark, Norway, and Sweden while the Nordic Countries also include Finland and Iceland, besides the Scandinavian countries.

These neighbors share a common heritage dating back at least to the Viking Age, with several unions in the past and close cooperation today.

The Nordic countries form one of the largest regions in Europe but are home to a mere 4% of its population.

The Nordic countries contain some of Europe’s greatest natural wonders and boast an excellent standard of living.

High minimum wages and taxes translate into high prices for visitors. Elaborate welfare states and collectivism are a common characteristic of the Nordic countries. Most things are highly organized, and visitors can expect everything to proceed according to plans, rules, and timetables. 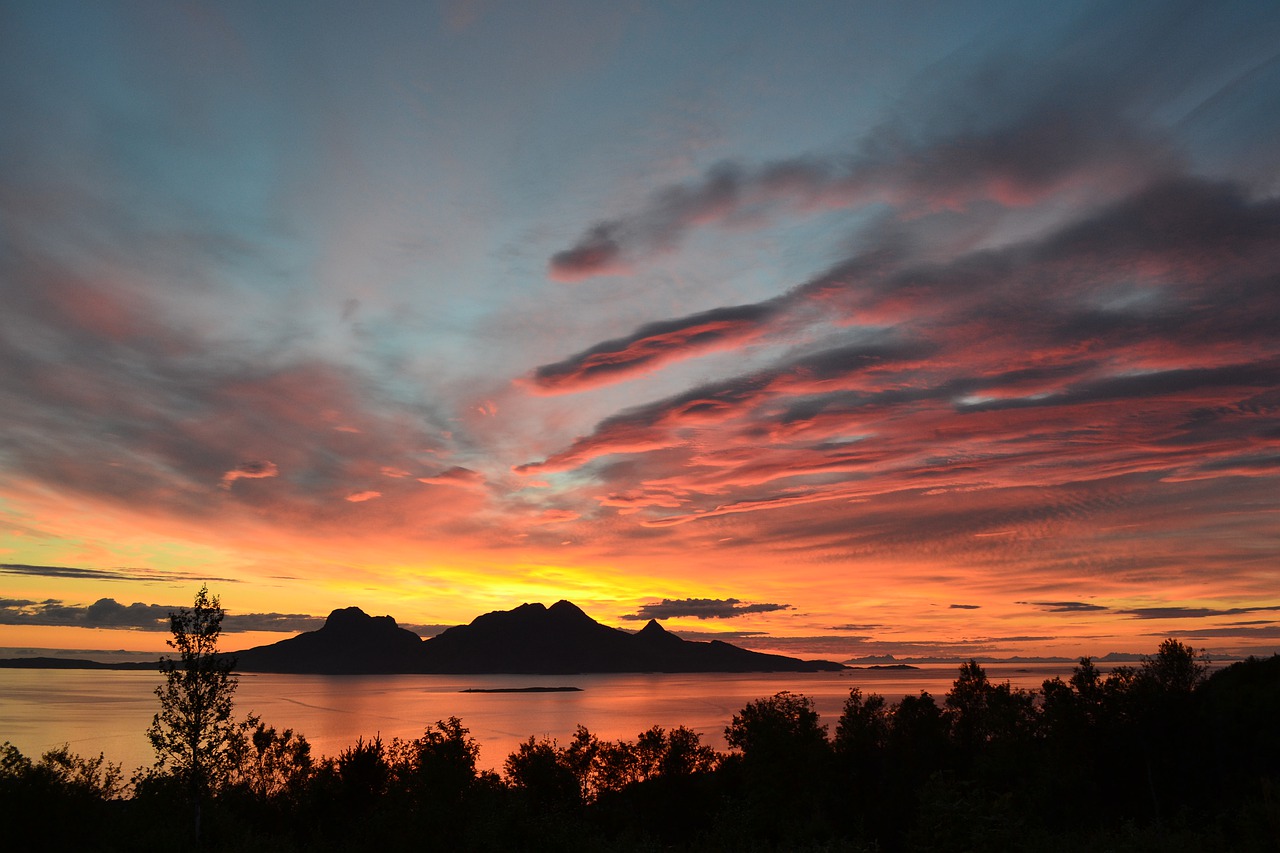 The Nordic countries are the least corrupt in the world, together with Canada, New Zealand, and Singapore, and enjoy a relatively low crime rate.

Note: While the Baltic Countries have much common history with the Nordic countries, and especially Estonians claim their country to be Nordic, they are not members of the Nordic Council.

Many of Scandinavia’s old towns are close to the Baltic sea.

Things To Do In Nordic Land

There is a constant and long-standing rivalry between Copenhagen and Stockholm over which city can claim the title as Scandinavia’s unofficial capital. So both cities are a “must-visit”. 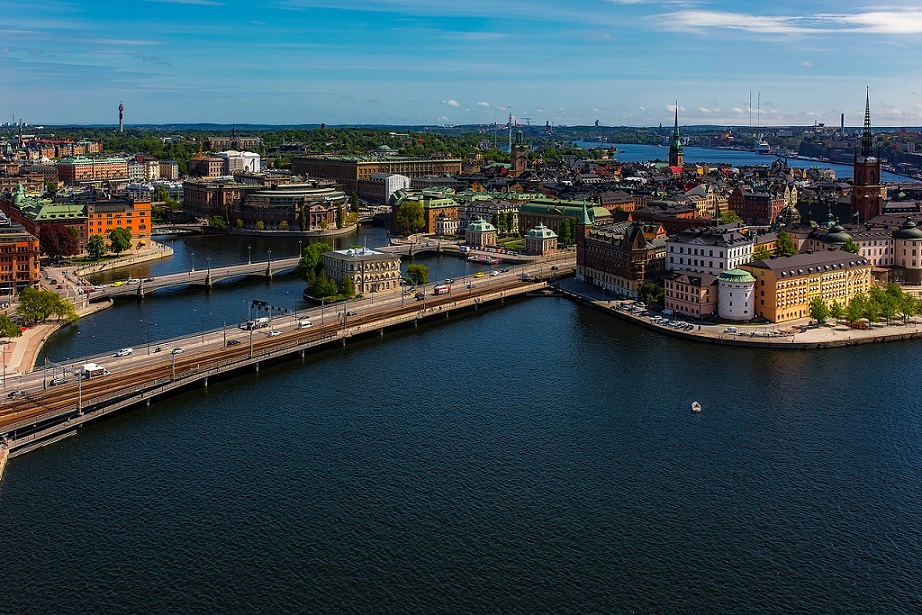 Depending on how you count, both cities are the largest, most visited, and the target of most investment. 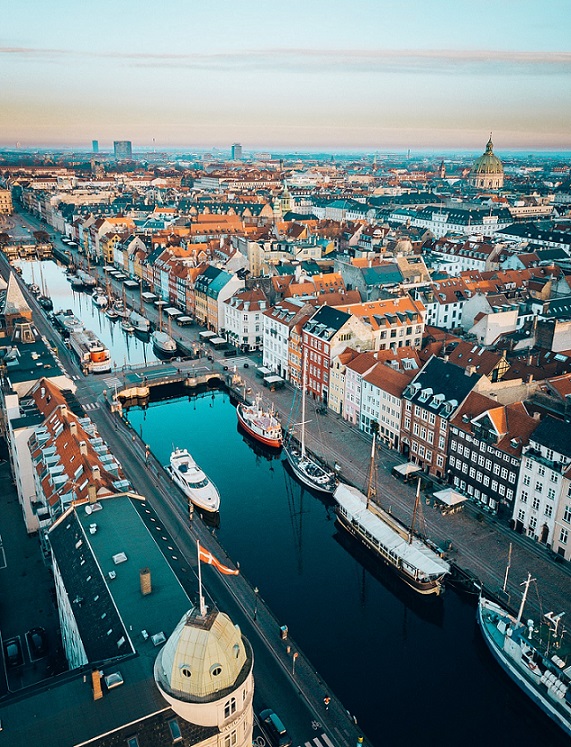 However, after the completion of the Øresund bridge, and subsequent integration of Copenhagen and Malmö – Sweden’s third-largest city – this region is fast emerging as the main urban center in Scandinavia, while Stockholm arguably grabs the title as the most beautiful.

Must Visit in Copenhagen & Stockholm

While the fjords of Norway might be the most spectacular Nordic sceneries, the other countries have their fair share of beautiful nature as well.

For example, the Stockholm archipelago and the Archipelago Sea in the Baltic Sea, the thousand lakes of Finland, quiet forests and wide-open landscapes of Iceland and of the north.

The Northern Lights can be seen at Arctic latitudes, and at rare occasions as far south as in Denmark.

Note: With a bit of bad luck they are obscured by clouds, so take local weather (and light pollution) into account if planning to watch for them.

Read Next: The Vikings and Top 50 Sites

Before AD 1000 Norse people only wrote short rune carvings, and most literature about the Viking Age was either authored by the Viking’s enemies or written down centuries later.

Since most of their buildings have perished, the Viking Age is shrouded in mystery. Still, Denmark, Iceland, Norway, and Sweden all have archaeological sites and Viking-themed museums.

Scandinavia is famous for its design and architecture, which are often characterized by a minimal and functional approach. Copenhagen and Helsinki are the best places to experience it with some excellent, interactive museums and some live samples throughout the streets.

Actually, the design and architecture are some of the strongest, most important assets of these cities, but there are interesting opportunities elsewhere as well.

The northern parts of Norway, Sweden and Finland are home to the Sami, an indigenous people.

The sparse population and the right to access makes the Nordic countries a great place for outdoor living.

Outdoors Activities You Should Try

Go skinny dipping from a sauna in the Land of a Thousand Lakes (Finland), with winter swimming for the boldest.

The Nordic countries have a tradition of music across several genres, with church choirs in seemingly every parish, classical composers such as Edvard Grieg and Jean Sibelius, pop music acts such as ABBA, Björk, and Swedish House Mafia, as well as a dominance of the heavy-metal scene.

The countries, in particular, Denmark, are known for its many music festivals during the summer months.

The larges music festivals in each country are:

Nordic people are generally cosmopolitan and secular. They have some virtues in common:

Tobacco smoking is prohibited at indoor venues in all countries. Rather few Nordic people smoke; instead, smokeless tobacco such as snus is widely used.

Warning: Despite the liberal image of the Nordic countries, narcotics including cannabis are taboo among most, young as well as old, and treated with zero tolerance by the police. Possession of even personal use amounts is criminalized in all five countries.

The political reputation of a society where everybody is taken care of seems at times hard to reconcile with the way in which Nordic people tend to be distant and reserved towards strangers.

Keep your distance and others won’t bother you, either. While reserved, if asked for help people in the Nordic area tend to be sincere and helpful, even more so in the countryside and in the wilderness.

The Nordic reputation to have a relaxed view of nudity and sexuality is only partly true. For example, skinny-dipping is only accepted in private communities, at designated nudist beaches or in the remote wilderness. Public nudity is not forbidden, but “indecent” behavior is, that is if you are likely to offend.

On the other hand, Nordic people accept homosexual and cross-gender expressions. When it comes to public breastfeeding; if adults are allowed to eat somewhere, babies are as well.

In Sweden, Norway and on Iceland, hiring a prostitute is criminalized (and also in Finland, if they are a victim of trafficking), and while pornography is legal (including strip clubs), it is taboo.

Hunting and wildlife management are sensitive topics, where countryside-dwellers tend to have strong opinions, especially for or against the bear and wolf population. Norway and Iceland are among the few countries which allow the controversial practice of whaling.

Nordic people prefer to greet new acquaintances with a handshake; they might be hugging close friends. While cheek-kissing is not unheard of, most Nordic people find it confusing.

While political relations between the Nordic countries are good, many Nordic people are patriotic — not least the Norwegians and Finns, who have fought hard for their independence in modern times.

Visitors should recognize the unique character of the country they are in. Due to the friendly rivalry between the countries, many appreciate any comments about their own country being better than their neighbors.

In each country, Lutheranism is either the state religion or has a privileged status. Nevertheless, in practice, they are rather secular in daily life, and people who go to church regularly are the exception rather than the rule.

In general, Nordic people are tolerant towards people of all faiths, though attempts to proselytize are not welcome.

Danish, Norwegian and Swedish are closely related and more or less mutually intelligible in their standard forms, especially in writing.

As they are Germanic languages, there are many cognates of German and Dutch, and even English speakers will be able to recognize the odd word once they get their heads around the phonetic spelling: e.g. English school is Swedish skola and Danish/Norwegian skole, while first becomes först/først.

Everyday words such as “open”, “room”, “bus” and “taxi” are virtually identical to English. Many grocery items also, for instance, “bread” is “brød/bröd”, “milk” is “melk/mjölk”.

Norwegian and Swedish are often (not all dialects) recognized by the use of pitch accent giving these languages a “singing” quality like Latvian and some South Slavic languages but unlike most other European languages.

While a few archaic dialects are only understood by locals, virtually everyone speaks their country’s standard national language, though in Norway there are only dialects and no standard spoken Norwegian. Both writing standards (Nynorsk and Bokmål) are approximations of different “average dialects” rather than the native tongue of any individual Norwegian.

While Icelandic and Faroese are also North Germanic languages, they have been in a linguistic freezer since the 13th century, and are largely unintelligible to other Germanic speakers, though many cognates will still be recognizable.

Icelanders and Faroese learn Danish at school, and can, in theory, talk with their Scandinavian kinsmen in a Nordic tongue, though in practice, Danish proficiency tends to be limited among Icelanders. Nordic people who have regular contact with their neighbors usually also know how to adjust their speech into “Scandinavian” so that it is more easily understood by the others.

The real outliers are Finnish and Sámi, which belong to the Finno-Ugric family, and Greenlandic, which is Eskimo–Aleut. These are not Germanic or even Indo-European languages at all, making them considerably harder for speakers of most other European languages to learn.

On the other hand, Finland has a roughly 5 % Swedish-speaking minority, and Finnish and Swedish have equal legal standing.

Finnish speakers study Swedish at school and about 45 % are conversant in Swedish by adulthood. However, most Finns have a better mastery of English than Swedish, while urban Swedish speakers usually are fluent in both.

Finnish is quite closely related to Estonian, while Hungarian is distant enough not to help in intelligibility.

The Sámi languages also belong to the Finno-Ugric family and Sámi is an official language in some municipalities of Lapland and Finnmark and also a recognized minority language in Sweden. The people of Åland speak Swedish (with widely varying proficiency in Finnish).

In Greenland, many are bilingual with Danish.

The Nordic countries have some of the highest levels of English proficiency among countries where English is not an official language. Public information (such as in public transport or government offices) is often printed in English in addition to the official language of the district. Tourist information is often printed in other languages as well, typically German or French.

Virtually everybody born since 1945 speaks at least basic English, and younger people tend to be fluent. Most students also study a third major European language, such as German, French and increasingly Spanish.

The Nordic alphabets contain some special letters: å, ä/æ and ö/ø (the latter versions in Danish and Norwegian). In contrast to diacritic letters in many other languages, these are letters in their own right, ordered at the end of the alphabet; see the phrasebooks for details.

Icelandic also contains the letter “þ”, Icelandic and Faroese the letter “ð” – which used to exist in English and are now mostly represented by “th” in words that used to contain them – and both those languages use vowels with accents, which change the pronunciation of the letter. The Sámi languages also have letters of their own.

The crime rate is generally low, but use common sense to avoid drunk brawls, vandalism, and pickpocketing, especially in large cities. The Nordic countries are usually ranked as the world’s least corrupt countries.

Cold weather is a major risk factor during the winter, and year-round in highland and Arctic areas. Hypothermia can occur well above freezing if there is wind or rain, and is a risk factor particularly when you cannot get indoors, such as when hiking.

There may be a similar problem in particularly cold weather in cities at night if you get lost or cannot find a taxi, but you seldom have to endure such a situation for several hours.

For daytime activities in cities and towns, the cold is hardly dangerous, as you can get indoors if need be, but adequate clothing allows you to enjoy the winter weather – and in the severe cold, you’d easily find yourself confined to indoor activities if your clothing is deficient.