Italian Riviera is one of the coastal regions in Northwest Italy, on the Ligurian Sea. Hence, it’s also known as “Liguria”.

Liguria is home to seaside resort towns in the style of Cannes and Monaco, dozens of sandy, rocky and pebbly beaches.

In Genoa, the country’s largest commercial and naval port, this region contains some of its most desolate stretches of coast and terraced hillsides that produce olive oil considered to be more delicate even than that grown in Tuscany. 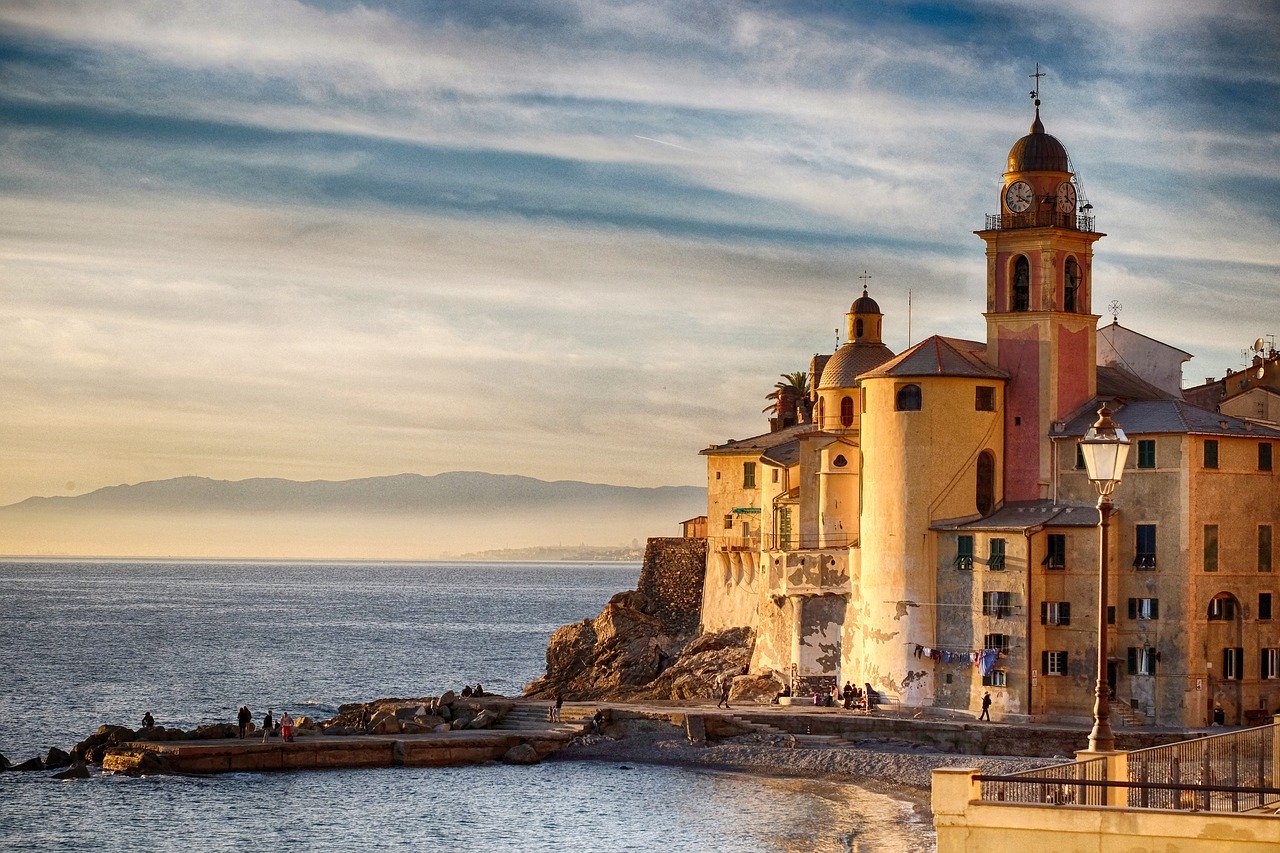 What’s Up With the Name

Approximately 2,000 years ago the whole northwestern part of Italy, including what is now Piedmont and Lombardy, were inhabited by the Liguris, the people from whom this region gets its name.

Things To Do In Italian Riviera 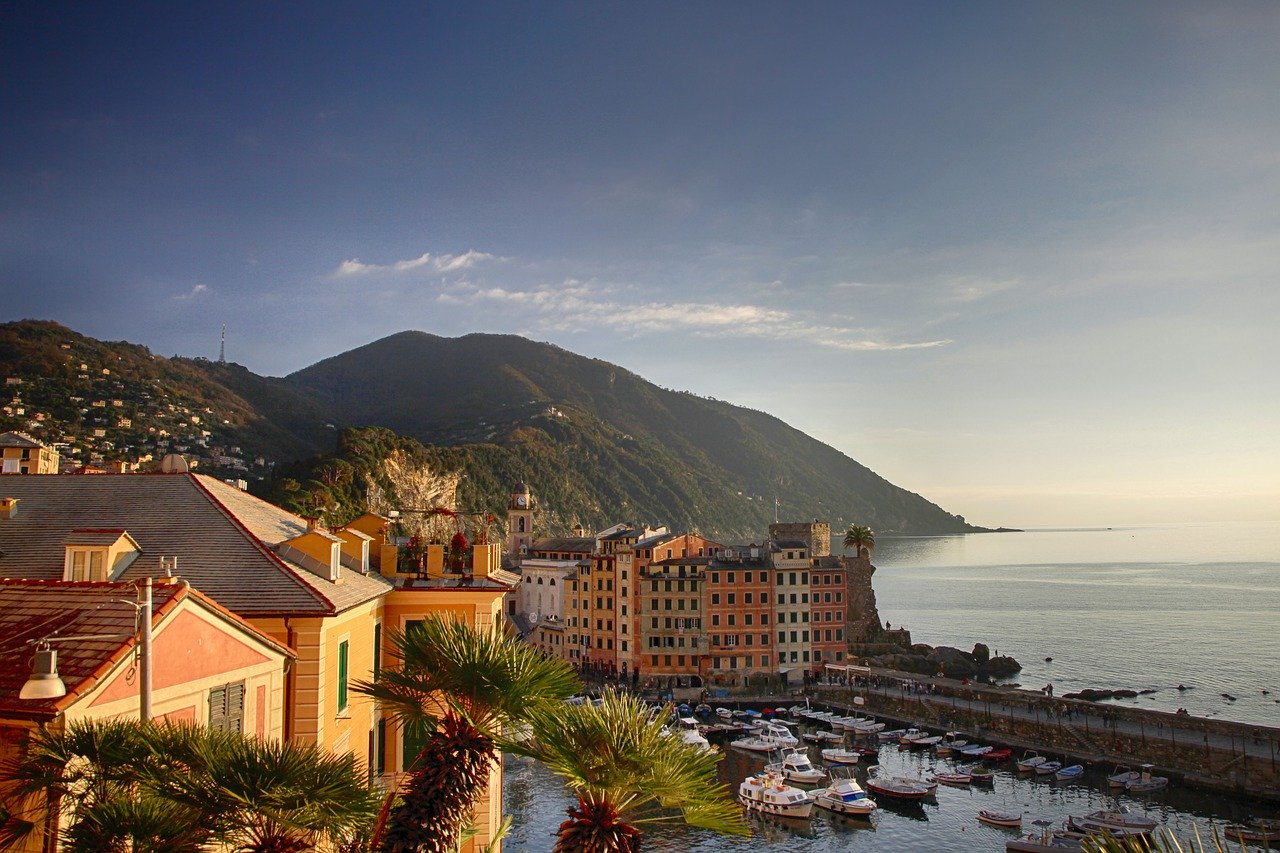 The coast that stretches from France to Genoa, and La Riviera di Levante, the coast on the Italian peninsula itself – these are the main reasons people visit Liguria.

Experience the charm of the Cinque Terre with panoramas suspended between sky and sea, hiking trails, vineyards and strips of olive trees, in a corner of Liguria which contains a unique landscape. 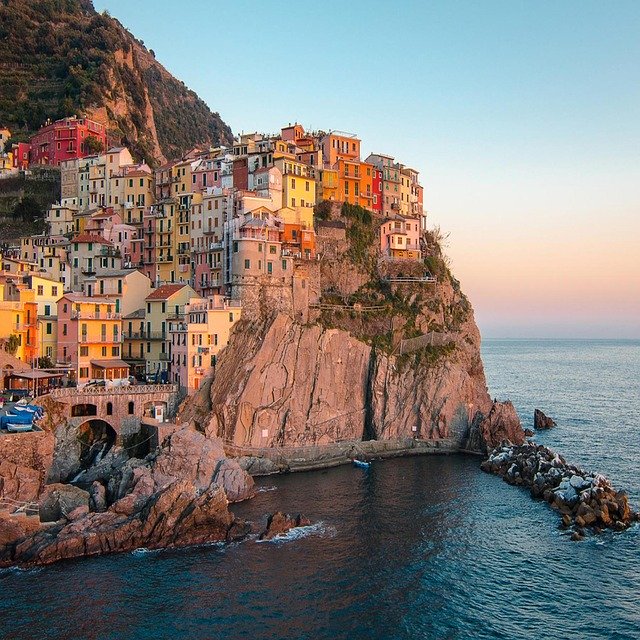 Together with four other sites, it forms the UNESCO World Heritage Site “Portovenere, Cinque Terre, and the Islands (Palmaria, Tino, and Tinetto)”.

Gulf of the Poets

The Gulf of La Spezia is known also as the “Gulf of the Poets” because, through the centuries, many famous poets, writers, and artists spent their holidays or part of their life in the villages and small towns of this gulf, enchanted by the superb and peaceful beauty of this earthly paradise.

Bussana Vecchia is an old village near San Remo (Province of Imperia) destroyed in the 19th century by a strong earthquake and now inhabited by artists.

Those who are fond of a good walk will love the Via Del Amore, a long and winding path along the coast which connects the five villages of the Cinque Terre.

Stunning views of the sea make for a memorable trek, but it’s not for those of a nervous disposition – the path can be quite high above the sea in certain stretches, so if you don’t like heights perhaps this won’t be for you.

Liguria stretches east in a narrow ribbon along the coast from France. Mountains separate it from Piedmont to the north, Emilia-Romagna to the east and Tuscany to the south.

Traditional Ligurian food is some of the most refined in all of Italy. Seafood is very popular, as the sea around Liguria is abundant with life.

Tagliatelle is served in various forms here, and torta di verdura is a local specialty, a vegetable pie made with borage and other wild late-winter herbs.

Some typical dishes are:

Fun Fact: Liguria is also the birthplace of pesto sauce.

In all Liguria provinces there’s a speciality called ‘Farinata’, which consists of a thin, salty pie made with chick-pea flour which is cooked in a wood oven, similar to those used for pizza. It’s eaten as antipasto or as a nutritious snack and can be topped with Gorgonzola, onion or Salsiccia.

White and passito grapes are given to the Cooperativa del Gruppo Di Riomaggiore, a modern organization that has streamlined the winemaking process.

Sciacchetrà is a prestigious dry white wine produced in the Cinque Terre.

Other white wines are Pigato and Vermentino (of which you can also find a variation of in Sardinia) which suffer from a bit from the salty sea climate in which the grapes grow, giving the wine a particular if not unique taste. Red wines are not so common and the only one worth mentioning is Rossese di Dolceacqua.

Roads and railways run the length of the coast, linking the Riviere with France and the rest of Italy.

If you are flying, then you would be taking a flight to either of the airports:

Whether traveling by train or by car, the spectacular journey along the Ligurian coast takes you through tunnel after tunnel, bursting out from darkness into sunlight, the sea sparkling at your side.

Liguria is generally a safe region but beware of pickpockets in some streets of Genoa (Via del Campo and the harbor).