Originally called Gharapuri, the Elephanta Island gets its modern name from the Portuguese who found a colossal stone elephant here in the 16th century. The Island is located off of Mumbai coast and is home to world famous Elephanta Caves which is a UNESCO World Heritage site in India.

The Elephanta Island and Caves showcases a time when the Hindu sect of Shaivism (a religious sect dedicated to Lord Shiva), was blooming in the western region of India.

Sadly, the Portuguese damaged many of the sculptures and pillars within the Elephanta Caves as they tested the amount of echo by firing shots into the cave. 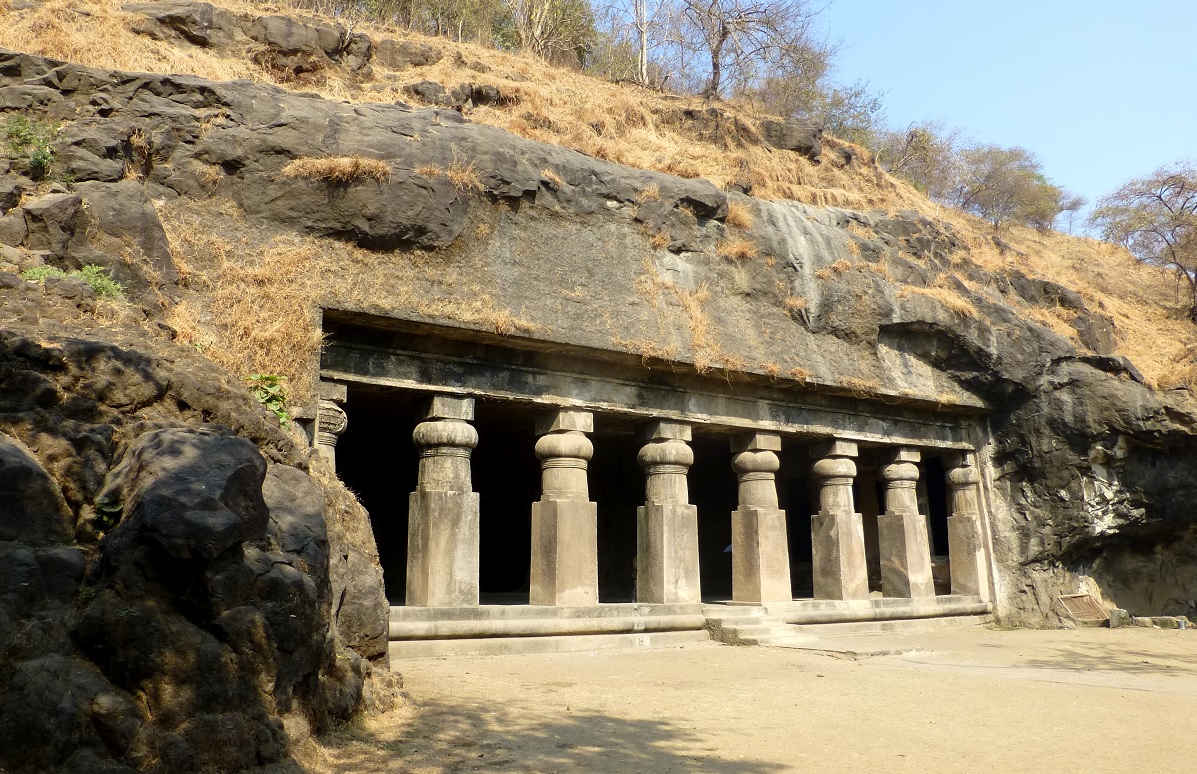 Things To Do In Elephanta Island

Elephanta Island is small and round which looks like the back of a giant turtle. Located in the Arabian Sea, it is a short way from the coast of Mumbai. It has 2 hills carved out of Basalt rock. The two hills are connected by a walkway. The eastern hill is also called the Stupa hill, while the western hill is called the Canon hill,

After disembarking from your boat, you will take a narrow road. This steep uphill road you are sure to encounter local vendors selling Jamun (a salted plum-colored fruit) in cleverly designed pouches, holding no more than 7-8 jamuns in each! Don’t get fooled.

To get to the caves, you’ll take a long flight of sharp stone steps. Some locals regard the caves as a religious place dedicated to Lord Shiva, which accounts for a large number of aged visitors. 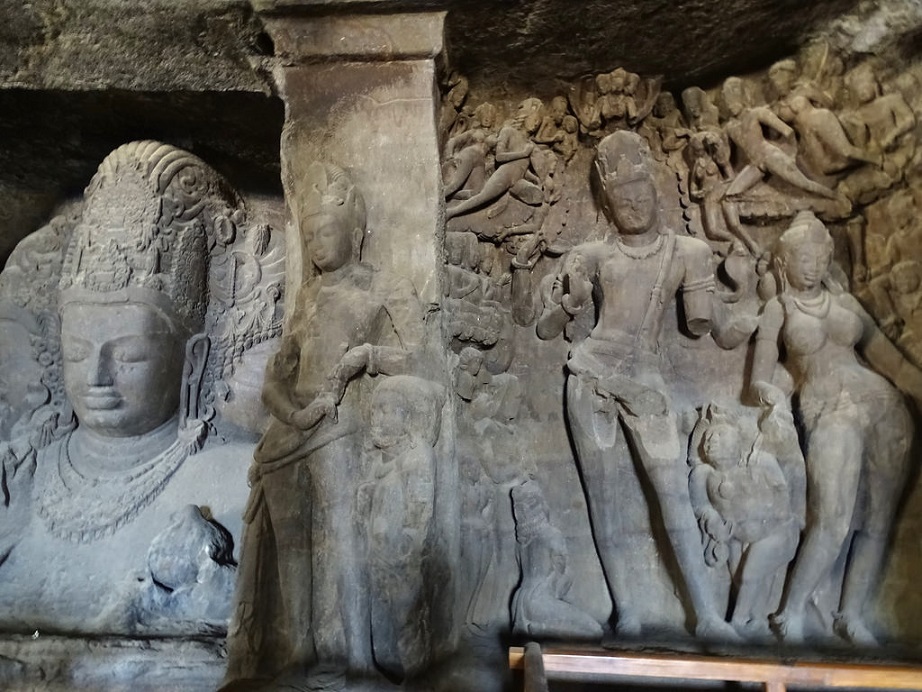 There is a tourist ticket for entry. Both adults and kids, and for local and foreigners. The ticket plus tax is negligible in amount for Indian citizens.

For foreign nationals, the Cave entrance ticket is roughly $8-10 USD or Rs. 500 INR.

There are several caves you can visit. According to the guard there, there are only five caves on Elephanta Island. Except for the first two caves at the entrance, other caves are small and not well developed. So many people skip it but if you have time and the sun isn’t hitting you bad, make a trip out of it.

The carvings narrate Hindu mythologies, with the large monolithic 20 feet Trimurti Sadashiva (three-faced Shiva), Nataraja (Lord of dance) and Yogishvara (Lord of Yoga) being the most celebrated.

Archeological studies have uncovered many remains that suggest the small island had a rich cultural past, with evidence of human settlement by possibly the 2nd century BC. It was destroyed during the Portuguese era when they discovered it.

The larger group of caves, which consists of five caves on the western hill of the island, is well known for its Hindu sculptures. The primary cave, Cave 1, is about 1.0 km up a hillside, facing the Mumbai harbor. Caves 2 through 5 are next to Cave 1 further southeast, arranged in a row. Cave 6 and 7 are about 200 m` northeast of Cave 1 and 2. 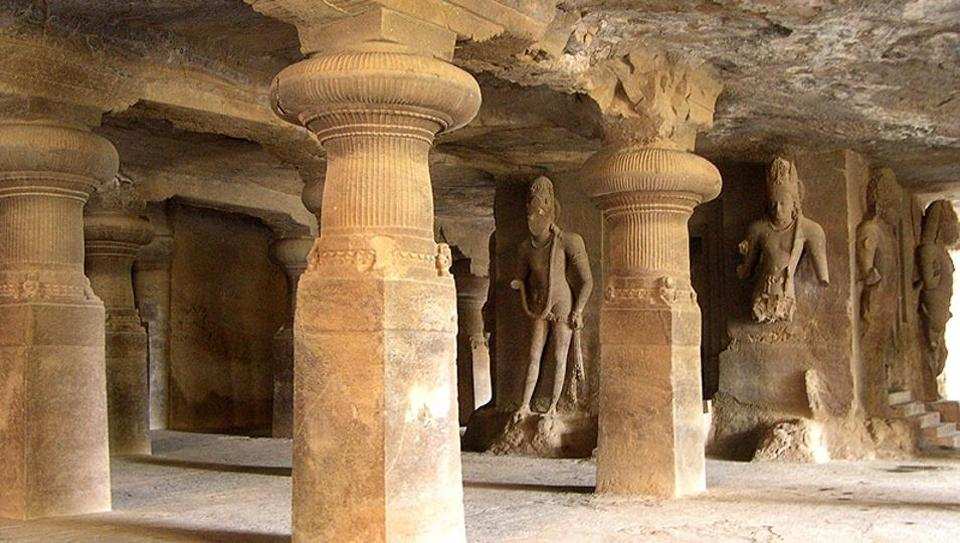 Some of the destruction in the caves

For two days in February (7 pm-10 pm), Elephanta Island hosts a classical music and dance cultural event. Watch the performances in the open air and against the backdrop of the caves.

Festivities begin with local fishermen performing folk dances and continues with esteemed musicians from all over India showcasing their skill and talent. 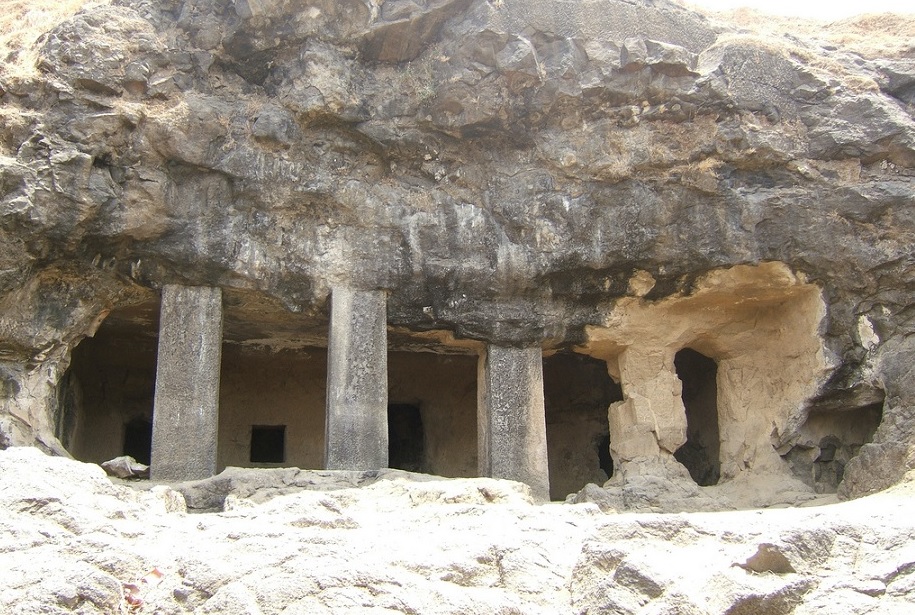 It would be ideal to take the first boat from Mumbai to Elephanta Island, visit all the caves, and then go up to the Cannon Hill to see the old cannon, come back to the dockside, and take the last boat (5:30 pm) back to Mumbai.

To get to Cannon Hill, just walk up to the top of the Island. There are two 19-20th century cannons there and the ruins of a fort in between the two make for a nice viewpoint of the bay. So only people who are up for a small trek can go, otherwise there is nothing else to see there.

First thing first, staying overnight or camping in Elephanta Caves is not permitted.

If you want to stay overnight, then you have to stay with the locals which is not advisable. Proceed with caution and at your own risk. Let someone in your party know about your whereabouts and who you are staying with and the address and names.

If you want to rest during the daytime, the Maharastra Tourism Department Hotel is a good choice. They serve food and drinks. The view of the sea from the MTDC restaurant is really pleasing to the eye. You can sip on your tea, coffee, or beer while enjoying the pleasing view.

When you arrive at the Elephanta Island, there will be lots of locals offering you the service to guide you around. Unless you are unfamiliar with the Indian god Shiva and would like to know the details of Shiva’s life and family, you do not really need a tourist guide.

If you really want to know all about Elephanta caves and Shiva, you can buy a good book from any vendors when you walk up the hill to the caves. Remember you should always bargain the price in India.

There is a small train to take you from the dockside to the entrance at the bottom of the hill. Depending on the crowd, you can decide to take the train or walk to the caves. 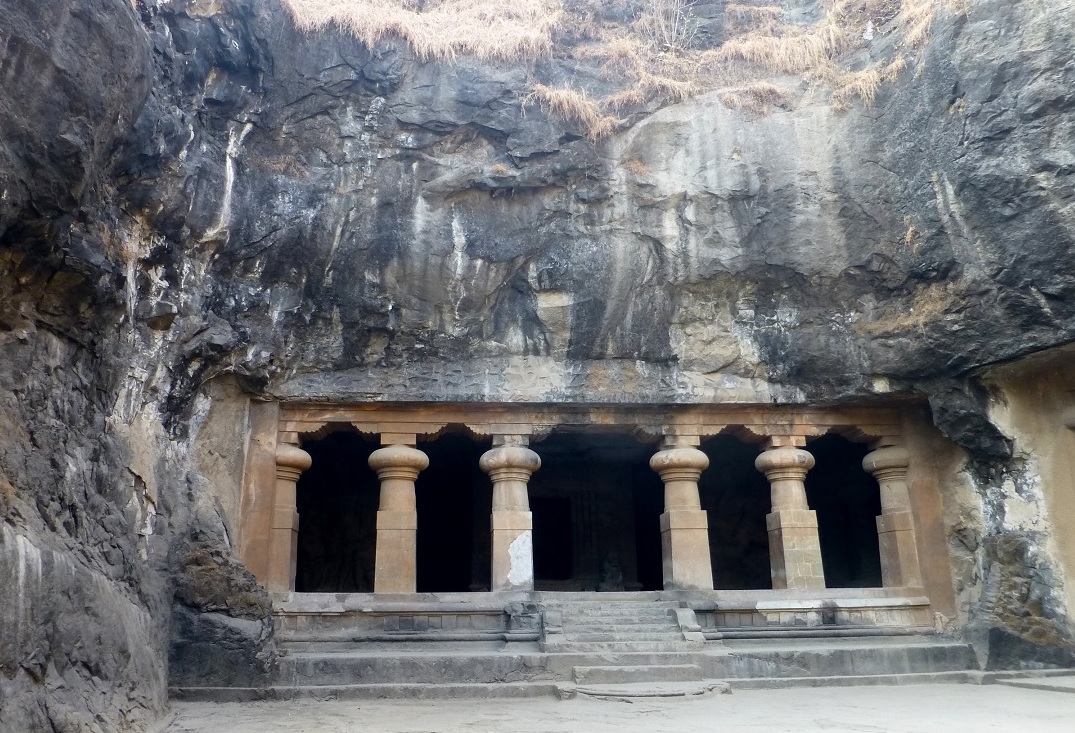 How to go to Elephanta Caves

To get to Elephanta Caves, you will need to go to the Gateway of India in the Mumbai city. From here, get the boat or ferry tickets. The journey takes 1 hour to reach the island.

The first boat of the day is at 9 AM; they may wait a little bit for more passengers, but they are pretty much leave the dock on time. They have a boat going to Elephanta Island every 30 minutes. Week days are less crowded than weekends.

The tickets are available at the Maharastra tourism development corp (MTDC) at the entrance of Gateway. The Caves are off-visit on Mondays although the MTDC does sell boat tickets with the ticket saying so, so be aware.

How safe is Elephanta

Beware of the monkeys that roam around. There have been many cases of people been scratched or attacked by monkeys, usually in retaliation. Please do not interact with wildlife and leave them alone. Protect your food, camera, valuables as monkeys can steal or snatch them if you are not careful. 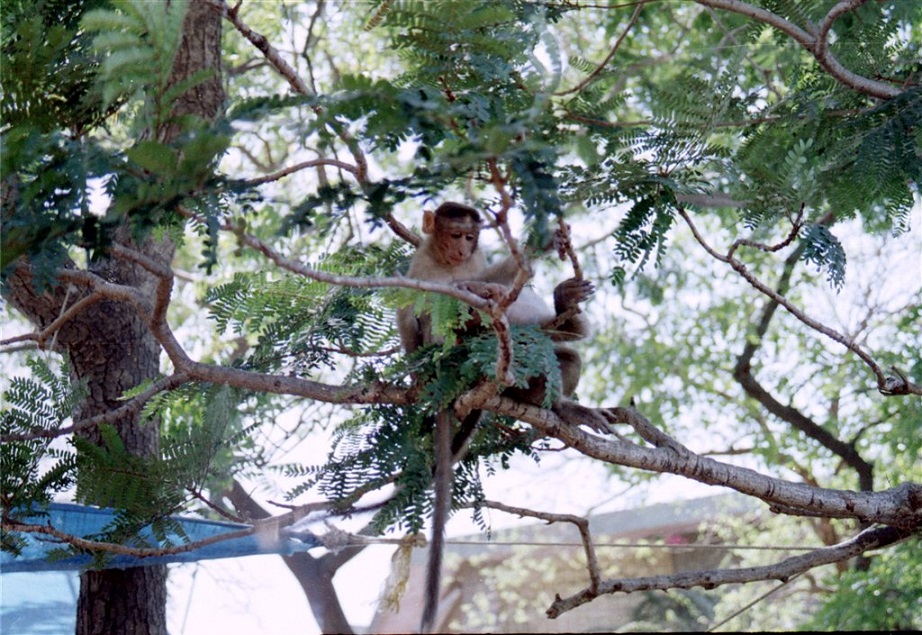 Bring your own bottled water from Mumbai. Tap water is not safe for drinking.