Arunachal Pradesh, the state in the extreme North East of India shares its border with neighboring Bhutan, Myanmar and China. Gushing waterfalls, crystal clear lakes, and picturesque mountain tops enhance the astounding scenic beauty of this treasure trove of an unmatched allure.

Things To Do In Arunachal Pradesh

Whether you are an energetic adventurist or a spiritual enthusiast, you will have a host of options to choose from on your magical journey to Arunachal Pradesh. Welcome to the Indian abode of virgin sun rays!

Photo: One of the waterfalls in Arunachal Pradesh / CC0

Ziro is also known as the Apatani plateau since the native people of this region are from the Apatani tribe is famous for its indigenous method of agriculture practice.

This city has something for both the adventure junkies and the peaceful tourists. There are a few treks which start from here which are filled with breathtaking views and adventures.

As for the tourists you can Pray at t400-year-old Tawang Gompa. Turn the prayer wheels dotted outside small gompas. You get to meet and chat with the friendly Lama monks. You can also take excursions around town to visit beautiful glacier lakes and smaller gompas with big histories.

The monastery is located on the edge of a hill and is almost ten thousand feet above sea level. The monastery offers a lovely view of the Tawang-chu valley. From distance, it looks like as if some fort is protecting the votaries in the wide valley situated below.

The ruins of the ancient Malinithan Temple were discovered at the beginning of the 20th century but originally date back to 550 CE. The chief deity of the temple is Durga, whose relevance can discover through local legends.

The temple is a huge pilgrimage for Durga and Krishna worshippers around India and is best visited during November. 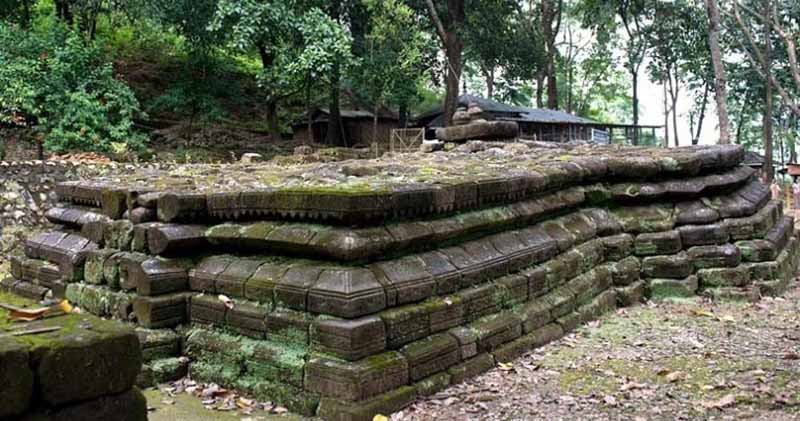 Photo: Ruins of the temple at Manilithan / CC0

Thought to be about 400 years old, the charming wooden Samten Yongcha Gompa stands on a breezy hilltop 6km west of Mechuka, fronted by a forest of prayer flags and with wonderful panoramas over the valley, river and surrounding mountains.

Itanagar is famous for its historical Ita Fort, made of special bricks and is significant from a socio-cultural point. For a simple holidaymaker to an archeologist, this place can be of great value to be explored.

Jawaharlal Nehru Museum is a wonderful repository of the indigenous culture of Arunachal. Gompa Buddha Vihar is an astounding yellow roofed shrine. Polo Park, Indira Gandhi Park, and Zoological Park are some of the evening leisure walk spots. 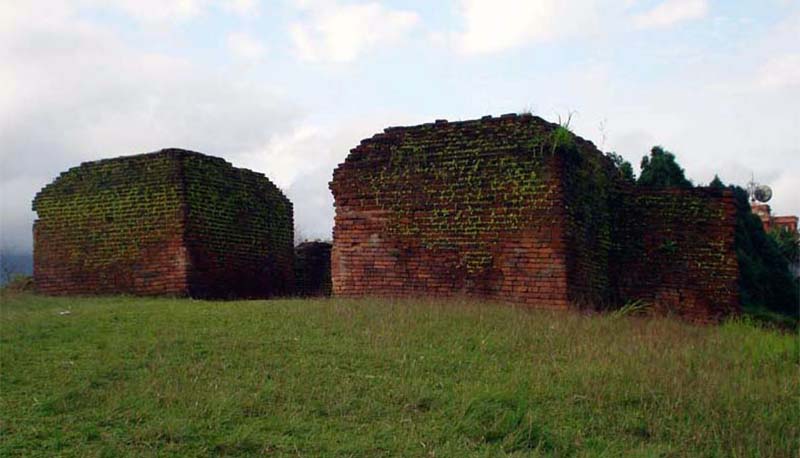 Ziro is an ideal place for trekking in Arunachal Pradesh. The native tribal people of this place spend an easy lifestyle where the perplexities of mundane city life hardly bother them. Kardo Hills, Talley Valley, Talley Wildlife Sanctuary are some of the best places to visit here.

Ziro Putu is a perfect spot to have a bird’s eye view of the entire Ziro Valley. Do not miss the 25 ft high and 22 ft wide Shiva Lingam at Kardo Hills. Talley Valley is located 32 km away from Ziro and offers the best trekking route through the bamboo, orchids, ferns, and rhododendron forests.

Stroll across the land to have a glimpse of the snow-packed Himalayan peaks and clearer views of Kangto and Gorichen Peaks. If you are adventurous enough you can trek through the hills of different levels or simply stroll through the long quiet trails of the luxurious slopes.

If you are ready to take a short tour, visit Sessa Orchid Sanctuary. Where 2600 orchids of 80 species are cultivated. 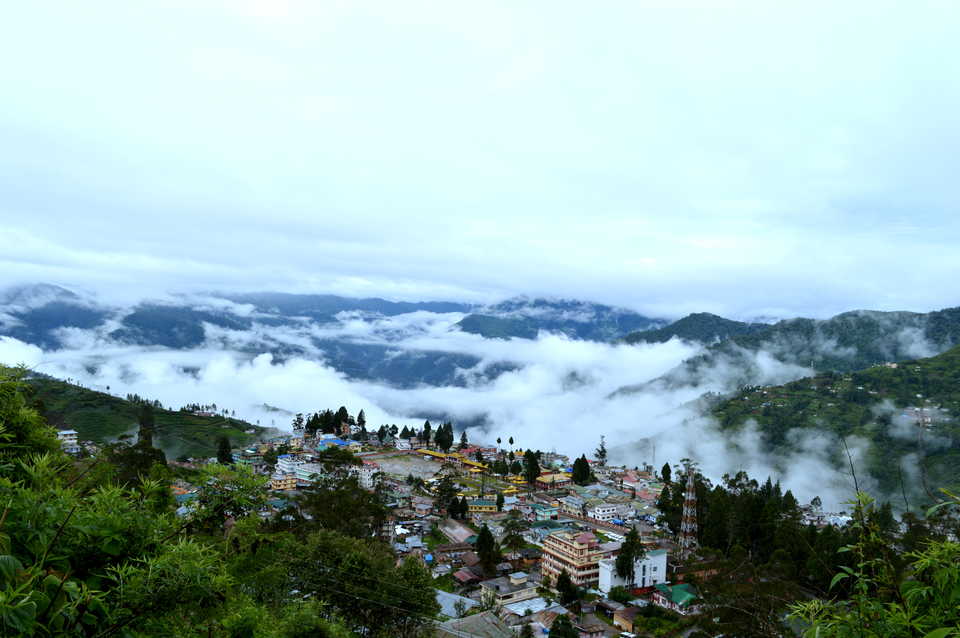 While moving towards Tawang, one has to go over this mystic motorable pass. It is 2244 m high from the sea level and a wonderful trek to be explored by the bikers and other tourists.

This region is located at an elevation of 4910 ft above sea level and on a picturesque valley between two major getaways- Bomdilla and Tawang. The land of kiwi and apple orchards is cooled by the freezing river air and is your perfect hill station getaway.

Do visit the Regional Apple Nursery and Kiwi Firm. Sangti Valley is 7km away from Dirang where black-necked crane comes from Siberia to breed.

The calm and serene location perched with gurgling river water and deep greenery attract picnic lovers from distant lands of the neighboring plains. During the winter season, black-necked cranes come from the distant lands of Siberia for breeding.

The weather is salubrious and pleasant across the whole year. 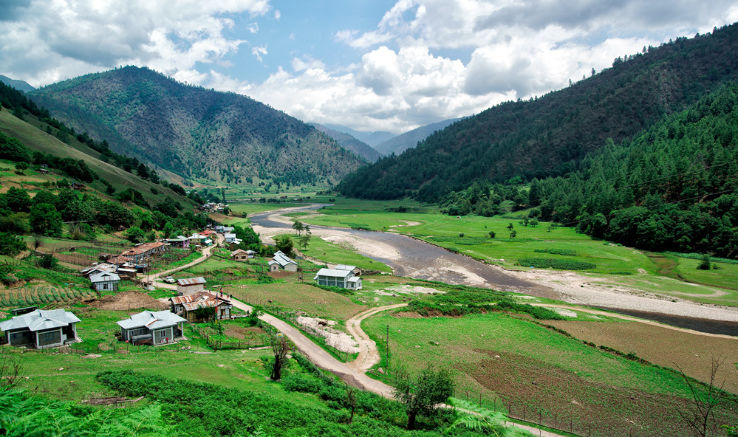 A famous Hindu pilgrimage known for its magnetic natural ambiance, Parasuram Kund is located 13 miles north-east of Tezu. Well connected by road from Tinsukia and Dibrugarh this holy place should be visited during November to February for witnessing the best views. Take a dip in the holy water of Brahma Kund for attaining penance.

Calm and cool environ and pleasant weather makes it an ideal retreat for each city dweller. This location has a number of astounding trekking trails and nature walks.

The Subansiri River which is close to the city and is ideal for rafting and angling. The Meghna Cave Temple of Shiva is a quiet spot to feel the freshness of nature. There are certain hill caves and attractive hamlets close to the town which are ideal for one day trip. 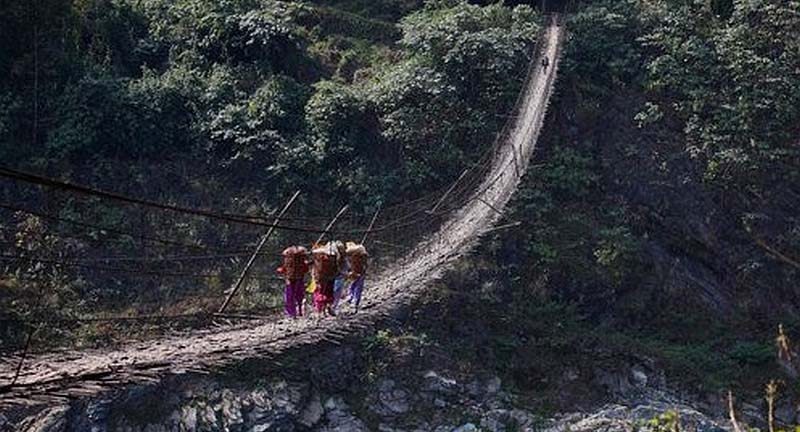 This picturesque valley is situated on the bank of Dibang River. Geographically this tranquil tourist spot is located in the Dibang Valley District of Arunachal Pradesh. Nehru Van Udyan is a breath-taking forest park set on the riverbank at Deopani. 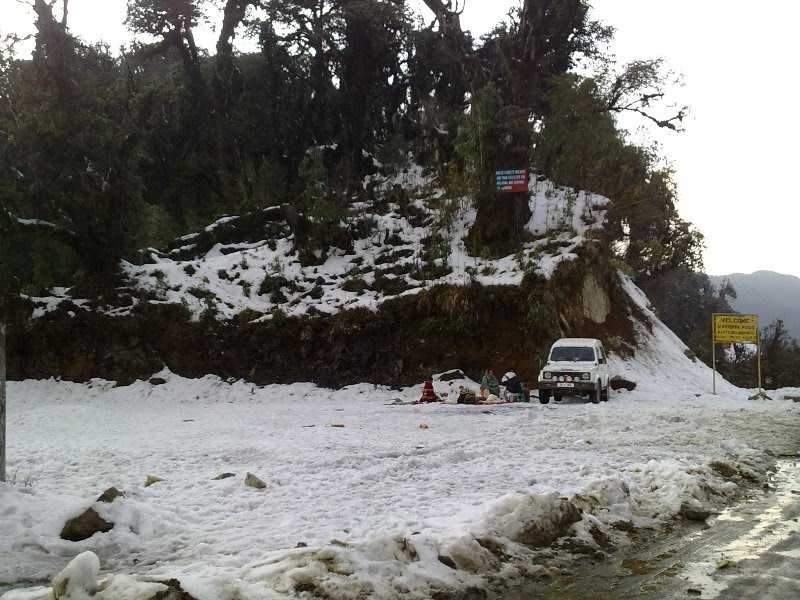 Namdapha National Park is renowned as the largest protected area in the Eastern Himalayas, and this hotspot of biodiversity is also the third largest national park in India. Hire a local guide from Debian, and take a rainforest hike till Lisu Village in your search for the Red Panda here. 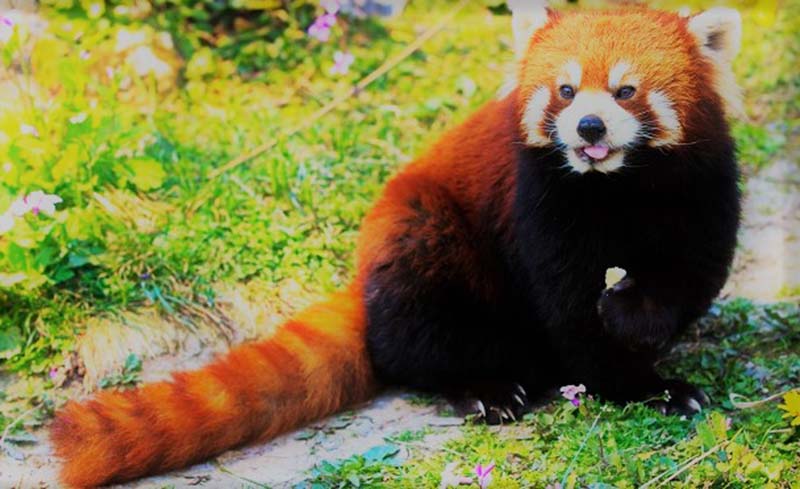 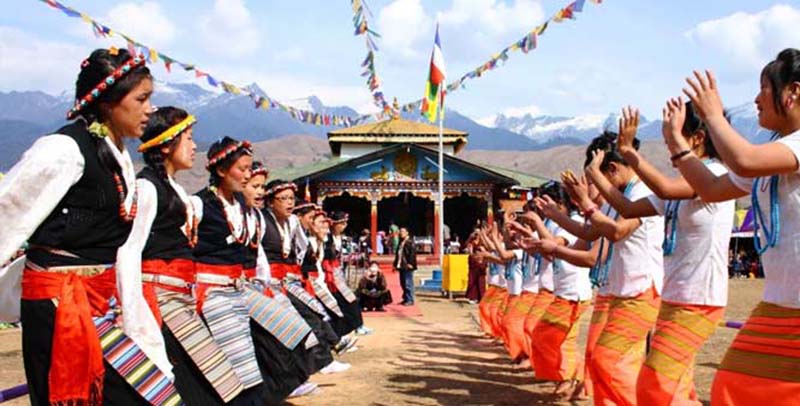 Meanwhile, July to September is monsoon season in the state. The terrain transforms into a beautiful green paradise but may not have the perks of traveling during summers or winters as the tourist attractions may be closed due to heavy rainfall.

Known as the ‘Land of Rising Sun’,  Arunachal Pradesh finds mention in prominent scriptures of India, such as the Kalika Purana and Mahabharata.

The culture of Arunachal Pradesh is truly varied in the sense that the state has 26 major tribes including sub-tribes. Every tribe has their own unique set of traditions and customs. The major tribes of Arunachal are Adi, Galo, Aka, Apatani, Nyishi, Tagins, Bori, and Bokar etc.

Arunachal’s cultural lifestyle is dominated by colorful festivals. Since agriculture is the mainstay here so people generally celebrate festivals as a mark of thanksgiving to the Almighty for giving them a good harvest. These festivals also showcase the artistic skills of the various tribes. To experience the cultural festivals of the state, one should visit Ziro district which is very popular for festivities. 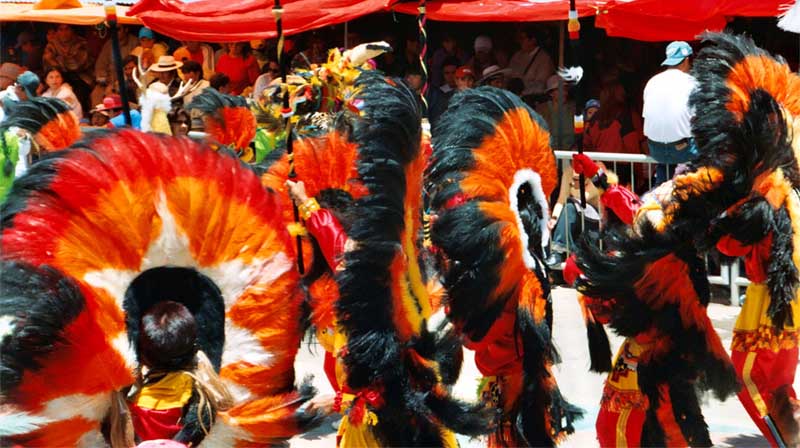 The influence of tribal communities and nearby Himalayan civilizations is quite evident in the local cuisine of this area. Rice and meat are the staple food of Arunachal.

Lettuce is quite popular among locals and it is cooked using green chilies, coriander, and ginger. Boiled rice cakes, Thukpa, and momos are the traditional dishes devoured by people. The food is less on spices and is generally mild.

Some of the famous dishes are: 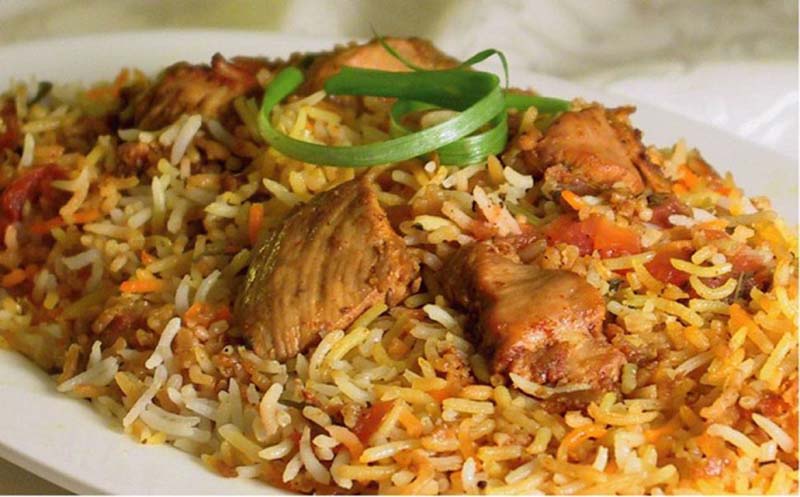 The nearest airports are Guwahati and Dibrugarh if you are traveling to the western part of Arunachal.

The ideal way of traveling into the state is by road. Arunachal State Transport runs buses daily from Guwahati to Bomdila and Itanagar. Buses depart from the Assam Interstate Bus Terminal at 6-7 am.

You can also take a share taxi or rent yourself a cab according to your convenience. Make sure you book a nice seat with a reputed travel agency to avoid being cheated. The main mode of transport is the shared Sumo taxi ( 10-15 people). These taxis operate a private network between villages in the same sector.

The main cities have ample accommodation due to the surge in tourism industry now. You should not have a problem in finding a decent place to stay unless you go deep in exploring new places.

How Safe Is Arunachal Pradesh

Arunachal is a safe place to travel with. Though it has its issues due to its proximity to the border, the army is always around and as a tourist, you shouldn’t face much problems. Have your permits with you where ever needed and do not venture too far out in the dark.