My hometown (in Odisha, India) is not just an ordinary town, I wish it were Darjeeling but no, it has to be the town with the highest temperature in the summer. In winter you can get frostbite, in summer you can get sunstroke. Talk about the weather (lol). What can you expect at 50 degrees Celsius?

What can you expect at 50 degrees Celsius? So, this summer I planned to go to a hill station I hadn’t been before. My first choice was Kodaikanal and Ooty, which are in South India. But after scratching those options, I finally went straight to the City of Hills – Darjeeling! 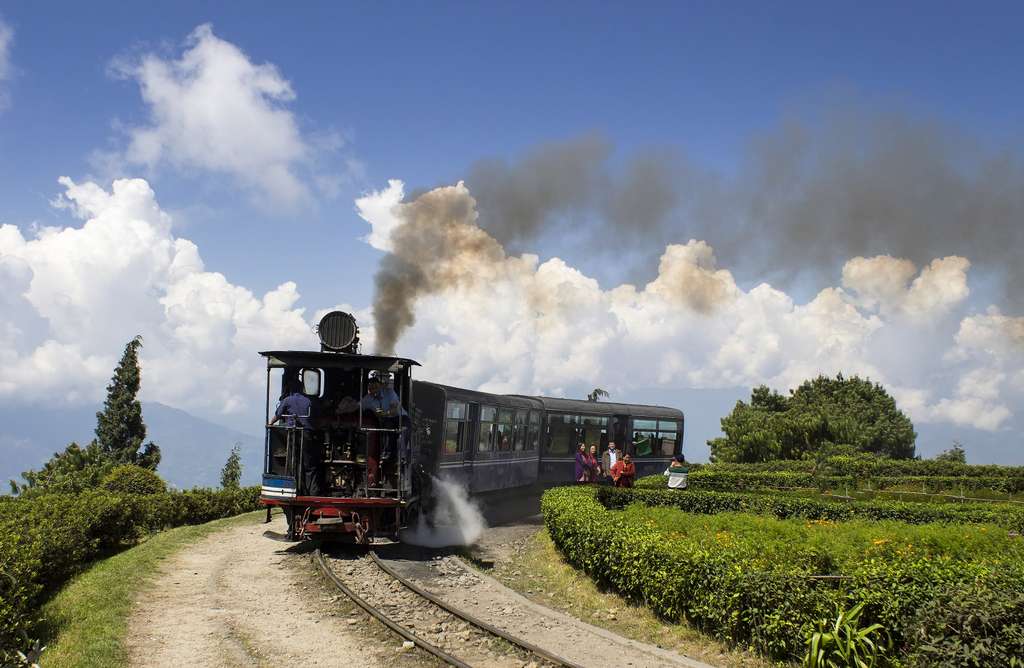 My journey started on April 27th. To say the first day of the journey was uneventful would be a big mistake. You know what happened? I had booked my tickets way ahead of time (over two months). I booked lower berths so that I could sleep well. But traveling alone in India makes people think you are helpless.

A guy who had not got his ticket confirmed asked me to change my seat and go to the upper berth. It was so annoying, yet I patiently said: “No, thanks”. He started blowing his bad breath voice louder and louder in my ears and then it started getting on my nerves. It was in the evening around 7 pm when he brought in the railway police and tried taking away my seat. But thank goodness, the Railway Police told him to grow a brain because I already had a confirmed ticket.

Later that night, he again picked a quarrel. Now, I was already at my breaking point. I was done being the decent girl, who was quiet as he kept misbehaving with me. I was so done with him now. As he started to quarrel, he was also getting back retorts from me.

The quarrel became so severe that the Railway police came in and helped us cool down. That guy even threatened me, so the Police stayed up all night beside me to ensure I was okay. Now, that is a benefit of being a woman in India. The police were so helpful to me. Four of them stayed close to me so that I wouldn’t face any problems.

The first night of my journey and I was already about to smash someones’ head! But the next day was so much better.

I did not have a direct train to my destination. But you should know that no Hill station in India has direct trains. You need to go to the destination using a shared taxi. The next morning, April 28th, I arrived at Howrah. The weather was “oppressive.” Thankfully, my train was at 11 am, so as soon as I boarded the train, I was all good.

My first step into my compartment and I was like “Whaaaaa!?” It was full of guys, and by guys I mean a whole lot of testosterone in one place makes me uncomfortable. I went straight to my seat, and it was occupied by a gang of rowdy looking North Eastern guys.

But when I said to them it was my seat, and I needed sleep because I had a rough night they were very understanding! Even though they were a lot in number, they agreed to give me my seat and sit uncomfortably.

NO SLEEP (TRAIN WAS FUN)

I wanted to sleep but I really couldn’t! Why? Because the train in which I booked my ticket was not a train but a running Super Market. All kinds of Vendors came, they sold sarees, t-shirts, watches, blankets and all kinds of food, especially the Macher Jhol (fish curry) and rice.

When I was done trying to sleep, I woke up and all the guys were giggling in front of me. They started our conversation talking about anything and everything. Our major fun started when a vendor came by. He sold water bottles and before he came near our seats he would give us an imaginary phone call and said: “Hello, Hello!” When we all started giggling, he would come nearer and sell water in all kinds of voices “Pani, PANI, Pani.” All the “Pani” were different, one shrill, one loud, one in a low bass and one falsetto.

These guys were so much fun that I didn’t even have to put on my “ tourist mask.” We laughed we talked and even shared “Paan” – the authentic beetle leaf of India. Soon came the Bridge which is built over the Padma River. I even made a video of it, you can see it on The Art of Travel Youtube Channel. 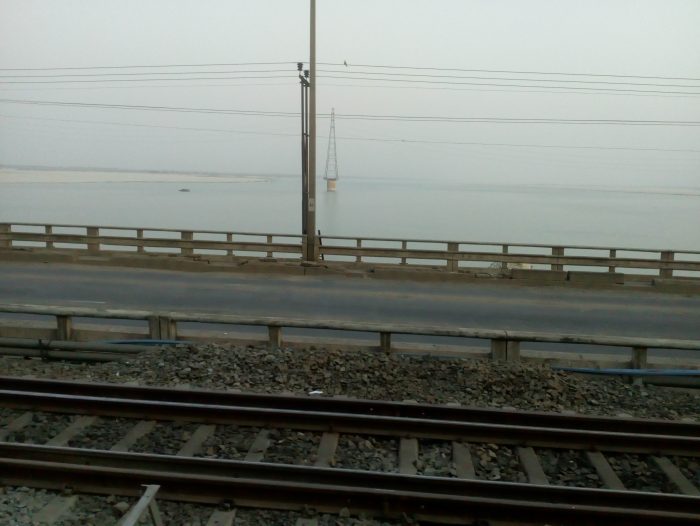 “Bridge over the Padma River“

As dinner time came closer, all my packed food was exhausted. Do not blame me, I am a hardcore eater, and I eat when I am bored. So, when one of the guys saw me whining in hunger, he offered me a packet of his snacks. I know, I know, we shouldn’t eat what a stranger offers. But I was so hungry I didn’t give a thought. It was like “do or die”.

These awesome fellow passengers were too adorable for words. One offered to buy me a saree, the other tried to buy me a watch, and the other one was wise and bought me a “Paan.” All in all, my second day of traveling was eventful and fun! You rarely meet such guys in India, but I guess, I was lucky that I did.

THE CITY OF HILL 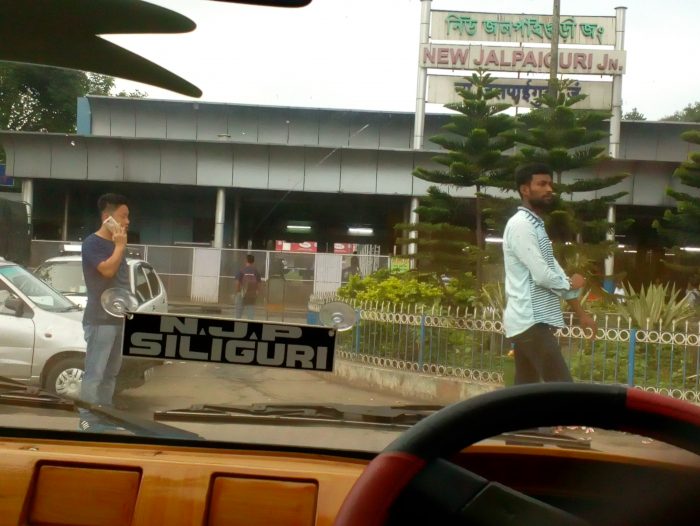 The Railway Police here are helpful and they guided me to the rooms. After two tiring days of travel, I wanted a clean bed. That is exactly what I got. The room was clean, the bed made, clean sheets and the adjoining bathroom was also in good condition.

I breathed a sigh of relief as my head hit the pillow. The next morning when I would see the Hills of my dreams was yet to come. Darjeeling, here I come!


Read next: Darjeeling Travel Diary (Day 3 & Day 4). Trip reports and stories from the City of Hills.