11 Things I Learned from Traveling Alone in Africa

Namibia is one of the least populated and most peaceful countries in the world. Its beautiful landscape and laid-back culture lure tourists from all over Europe. As a white American woman officially in her mid-twenties, and never having been outside the United States, I took the international travel leap across the Atlantic to Heathrow, then another flight down Africa overland, and finally a 2-hour jump to Windhoek.

As a young woman traveling alone, without any international traveling wits and useless guidebook knowledge in my head, here are just some of my mishaps and learning experiences from Traveling Alone in Africa.

Left Side Driving in Namibia

The first thing I learned after touching ground on Namibian soil was how to drive. Sure, I had a driver’s license. But I had to relearn how to drive a stick-shift in a diesel Ford Ranger while driving on the left side of the road, sitting in the right side of the cab, in a strange African city after having been in and out of airports for a day and a half. My foot was so shaky on the clutch I killed the engine several times merging onto busy roads.

Do Not mess with Baboons

I learned that baboons are nothing to mess around with. Baboons loiter along the side of the road and swarm Waterberg. Smart as they are ugly, they have figured out how to knock on your door, and will try to break into your bungalow to look for food. One afternoon while hiking along the plateau, I found myself surrounded by these things. I thought they were going to attack, and I still don’t know why they didn’t at least try to take my small bag. In the end, I made it through them unharmed. 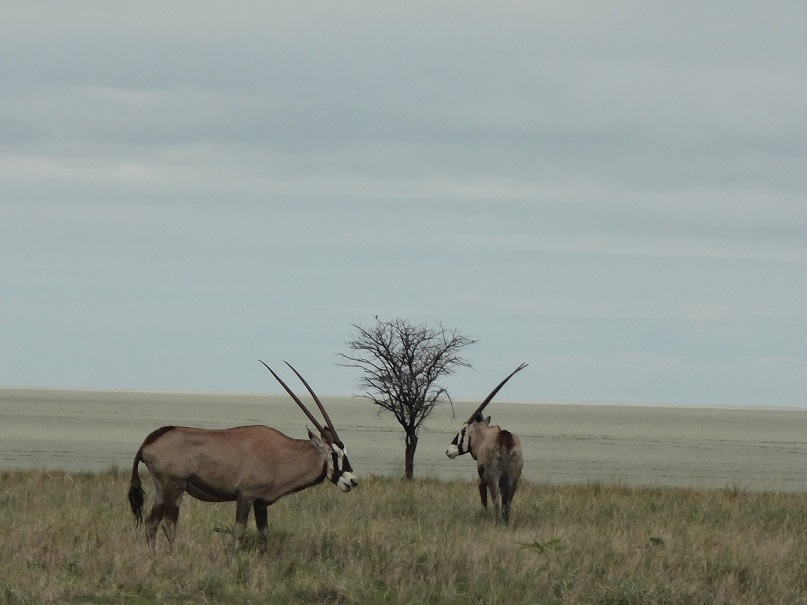 Kids are smart in Africa

Kids that grow up in mud huts are smarter and more tech savvy than I am. I’m not a true millennial; I still walk into the bank to deposit a check. But these kids out in the middle of nowhere know how to work phones and cameras, and a seventeen year old boy fixed the radio in my truck in five seconds. I felt pretty stupid. 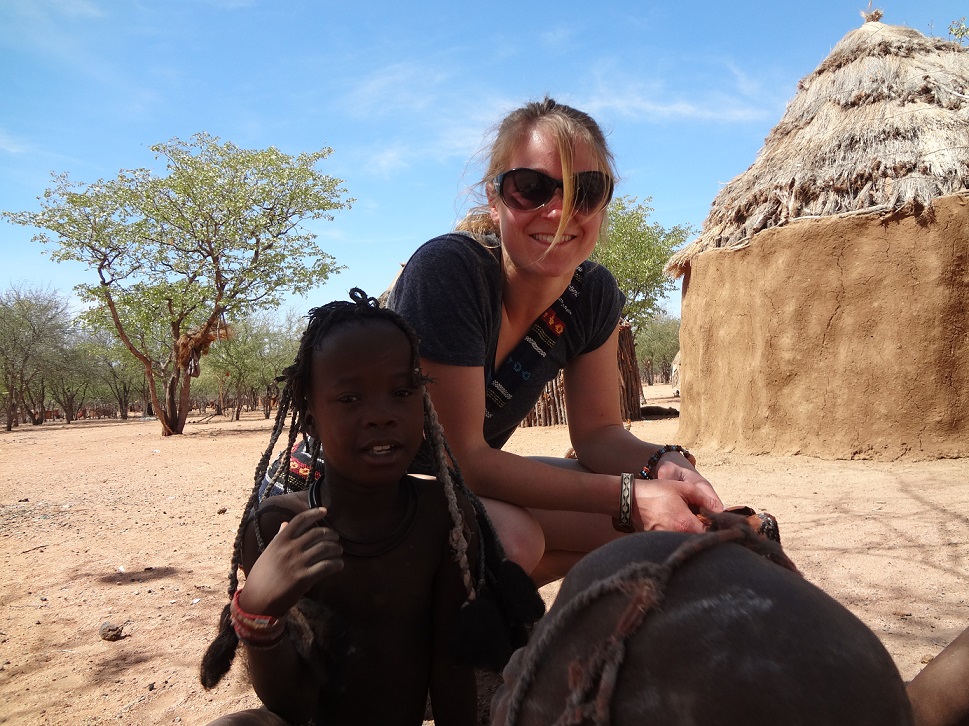 If you don’t speak clearly, the gas station attendant might put unleaded gasoline in your diesel engine. That’s what happened in Tsumeb, and I was stuck at the Shell for three hours while the local mechanic tinkered with the gas tank. Everything ended up okay, and I had plenty of friendly people to talk to. But I was sweaty, dehydrated, and more than nervous about making it home.

People did not believe me when I said I don’t have a boyfriend. In their culture, a woman traveling by herself is entirely unheard-of. And some people couldn’t comprehend the choice to remain single as a lifestyle. Most people asked me where my husband and babies were, and some were quite shocked by my solitude. The only other lone travelers I met were old German men.

The definition of Good can be different

I learned that the roads are good by African standards, but they are still African roads. They are rough and bumpy as all hell, and I sometimes drove for an hour or two without passing another vehicle. Most tourists I met had at least two tire blowouts.

Keep some buffer time if you are traveling from USA

Its a I didn’t meet many Americans, I think mostly because it takes so long to get to Namibia from the States. It’s a long journey of domestic and international layovers. I took seven planes total round trip, which makes me wish I had gone for longer than just two weeks. At least I could be tired and grumpy and not get on anyone’s nerves. And vice versa. 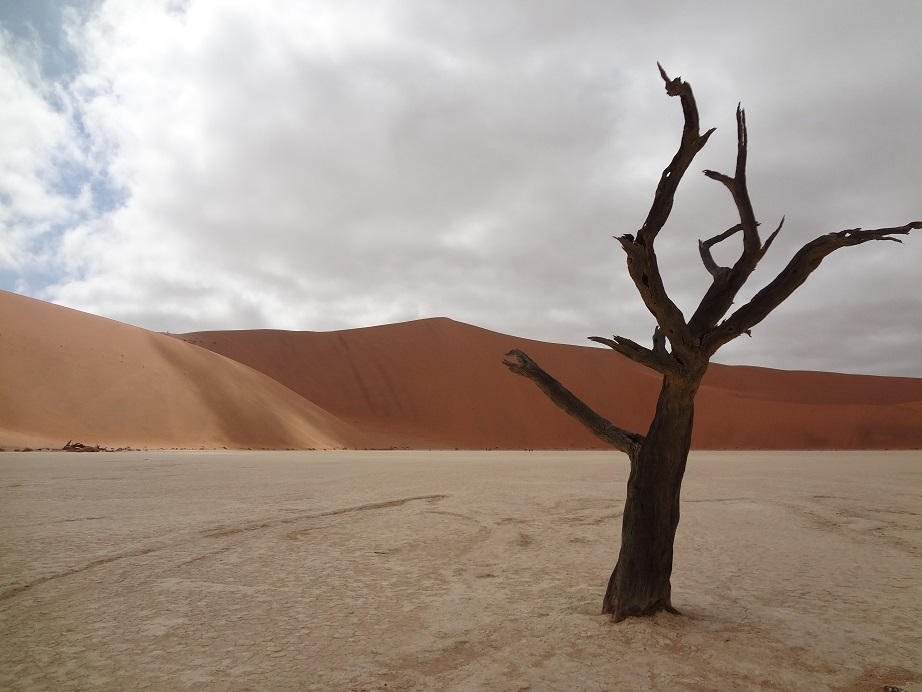 I got plenty of free souvenirs by making friends. Of course I wanted to buy everything that looked pretty and exotic, but my cash was disappearing. I ended up making friends with a part-time art dealer named Luigi. He tried to sell me some bracelets by telling me he’d been to Minnesota, not knowing that’s where I’m from. Turned out he visited my own hometown! The only Namibian I’d met who’d been outside of Africa, it was the master of all coincidences. And when I heard his story, I knew he wasn’t lying. He also gave me tons of free jewelry, baskets, and animal figurines. 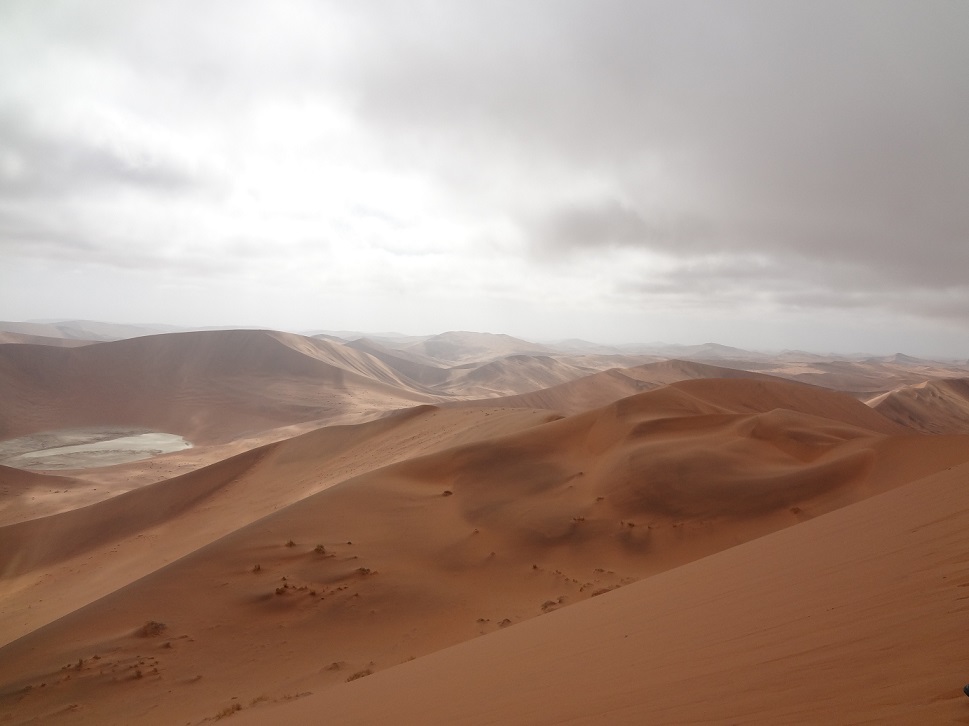 I wanted to stop at almost every turn to take pictures, but if I did that I’d never get anywhere. Sometimes you just have to drink in the view while you’re driving without stopping to document it. I drove hours through breathtaking landscape without taking any pictures because I wanted to get to my hotel before dark. The view will always be in my memory. 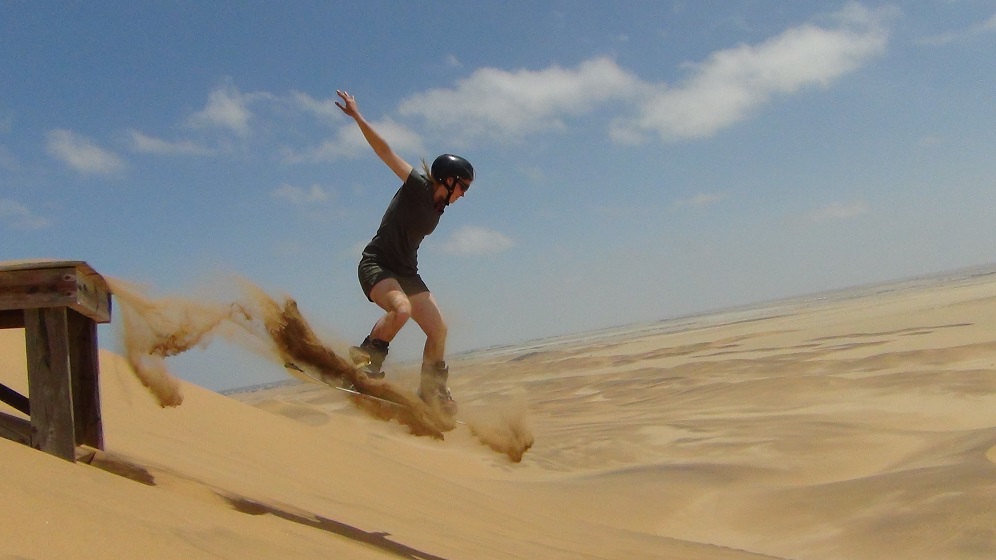 I was traveling alone, and it’s a remote desert so it would just be natural to feel lonely at times. Most nights the bar was a great place to chat up hotel staff and other travelers, and I met plenty of locals in Swakopmund. But once or twice I had to take a night off.

Related: How To Avoid Loneliness When Traveling Alone

Never in any real danger

I was scared at first, but I was never in any real danger. Namibia is one of the most peaceful countries you can find on the globe. I was safer over there than I ever would be at home in Minneapolis. And fellow travelers, guides and staff are more than willing to look out for young ladies gallivanting around the desert on their own

Kelsey Jennen is a street-art photographer, lone traveler, and blogger on Badhazards. She works as a freelance writer and takes odd jobs with landscape companies. Lover of coffee and reading, she collects books, enjoys working outdoors, plays the drums, and has a cat named Pajamas.