How I Spent My Summer Vacation in Dharamsala

After a well satisfying day at Manali, we now headed to Dharamsala via Kullu.

Visiting Hill stations? Then you got to keep in mind to bring a lot of clothes, and make no point to washing it because they don’t dry. That day I made a stupid mistake which I would like you guys to learn from.

We took a stop in Kullu, named the Himachal Pradesh tourism and rafting point.. And We jumped at the chance we got at rafting here. We were in a group, and the best thing you can do in a gang is rafting.

I had never done it before. We were told by our guide to get rid of our sweaters, and he even said to remove my glasses. But I said I am practically blind without it so, he understood my trouble. The instructors made sure we wore the life jackets properly. We agreed to do a 14 Km long rafting.

Once we were in the boat we floated. My excitement knew no bounds. But the fact that I lack one of the important life skills- swimming, made me afraid too. I sat right in the front. And the ones in the edges took the paddles. We were taught when to do the front and back paddle, and when to get down. I sat on the front like a wall, that is what I thought. 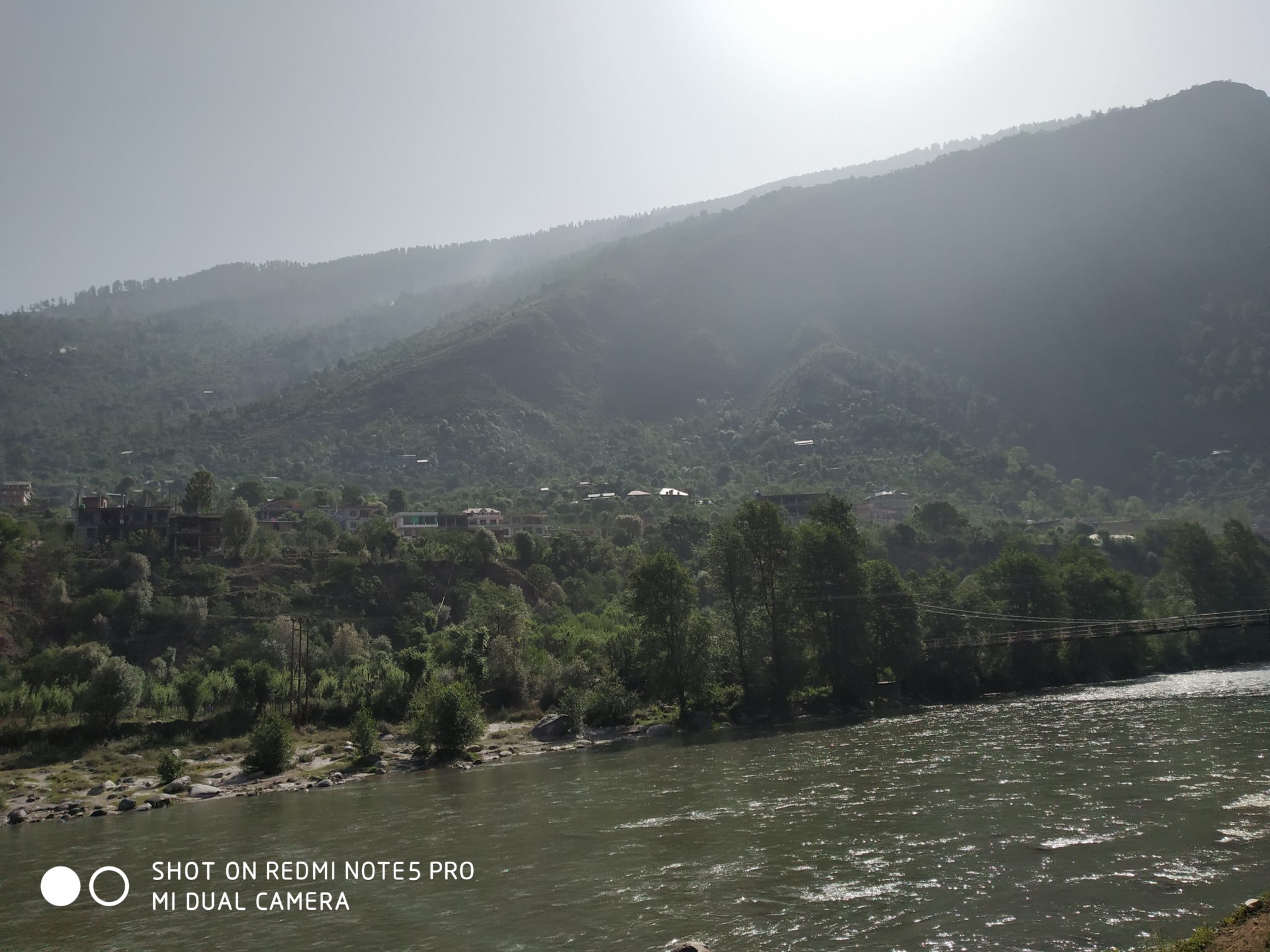 The stretch of water started, and it was quiet for a while. But then we starting singing like a bunch of loonies, we were stoked. The swell of the waves started getting bigger and we paddled, forward backward, anything that took us ahead, we came to a point just under a bridge. Right at that moment a row of army trucks went over, and they waves at us. I just died right then.

After some time we started seeing other rafting crews coming from other directions, we waved them high, and bumped into them in a friendly way. There came the highest point of wave when the river Padmini and Beas met. We just sat and waited for our instructor’s command, he told me to get down on the front of the boat. And I just did that. Then came the moment of crowning glory,  when we bumped hard into the waves. And I got drenched. The waves carried away our laughter. We even got into the water, it was 50 ft deep, I didn’t know and it was freezing. 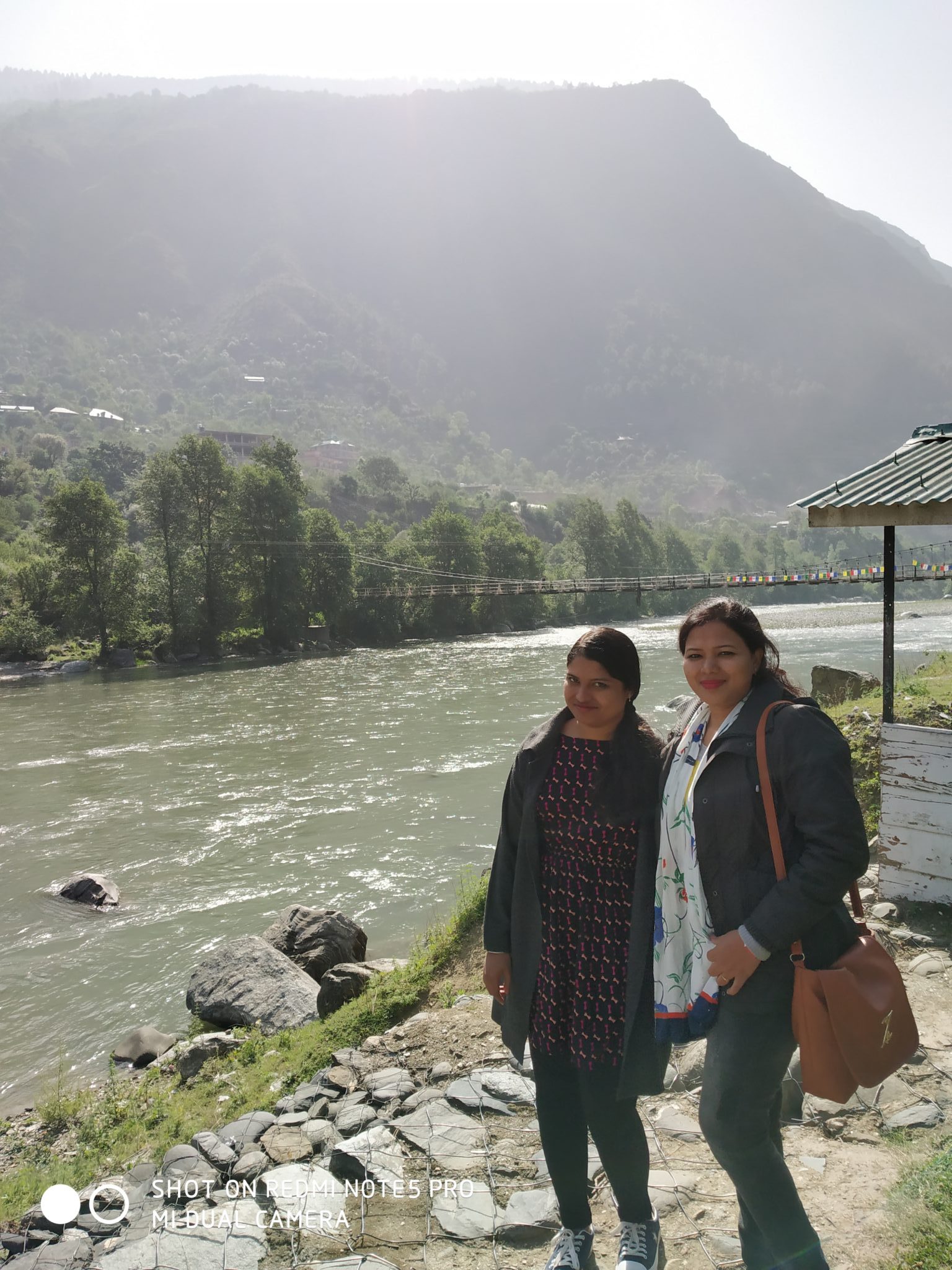 We had it all recorded in Gopro, so we were excited to have the videos with us. But sadly and by the bad stroke of luck, the card got corrupted and we lost our file. Videos or no videos, we at least had the experience of a lifetime. I will never forget how my buddy Kartik used his paddle to throw water at me, and I did something spontaneous- I spit the water right on his face. It was juvenile, but so much fun! I am definitely doing the rafting thingy again, I don’t care that I don’t know swimming, gonna try it anyway.

Changing out of the wet clothes is a tricky thing to do. My finger hurt just doing that. And yes, protect your hair,  depending on the minerals in water so make sure you put your hair inside the hat they provide. Not like stupid me, letting it down.

The rest of the day we did nothing than travel, and it did not feel like I had come to a hill station because wow, it was hot. It took us around 6 hours to reach Dharamsala. And it was a relief to see a cloudy weather.

I can’t put into words how these quaint towns affected me. Just driving through them gave me a feeling that I was Alice in Wonderland. Palampur was the best town I saw on my way. It defines the word Sustainable development to a T.

Like Manali, our hotel in Dharamsala was also located in a scenic place, just on the foothills of mountain. We agreed that after we freshen up we will go exploring. So, we set out just to  stroll around the locality.

The town was quiet, and the locals looked at us like we had two heads. We were wearing jackets, when they weren’t, that must look weird. 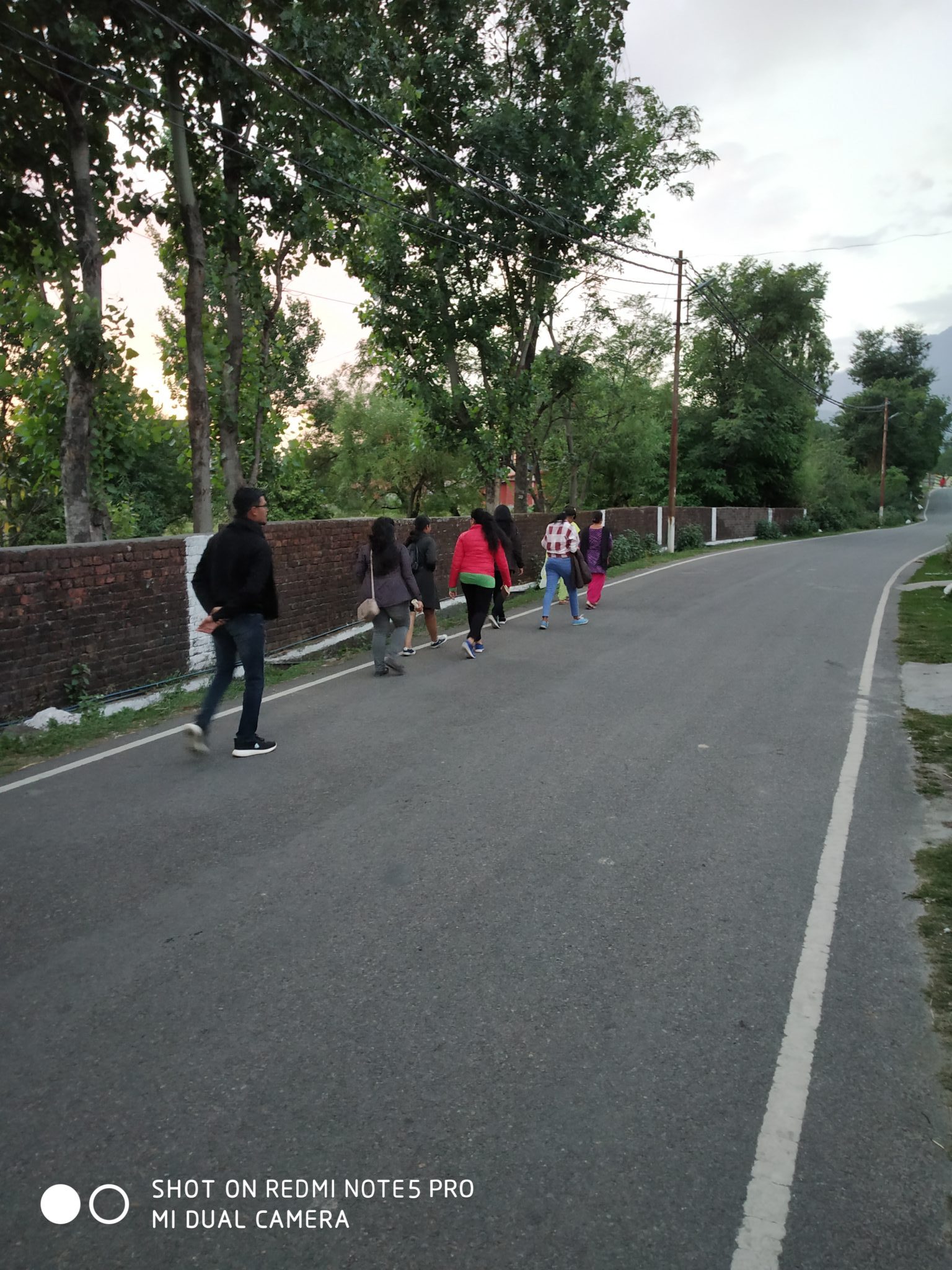 Coming from a place where we do not get to eat authentic chineese food, we wanted to taste chowmein, and Viola we spotted a local shop which prepared it. We sat there watching the IPL, it was a CSK match, so yay! 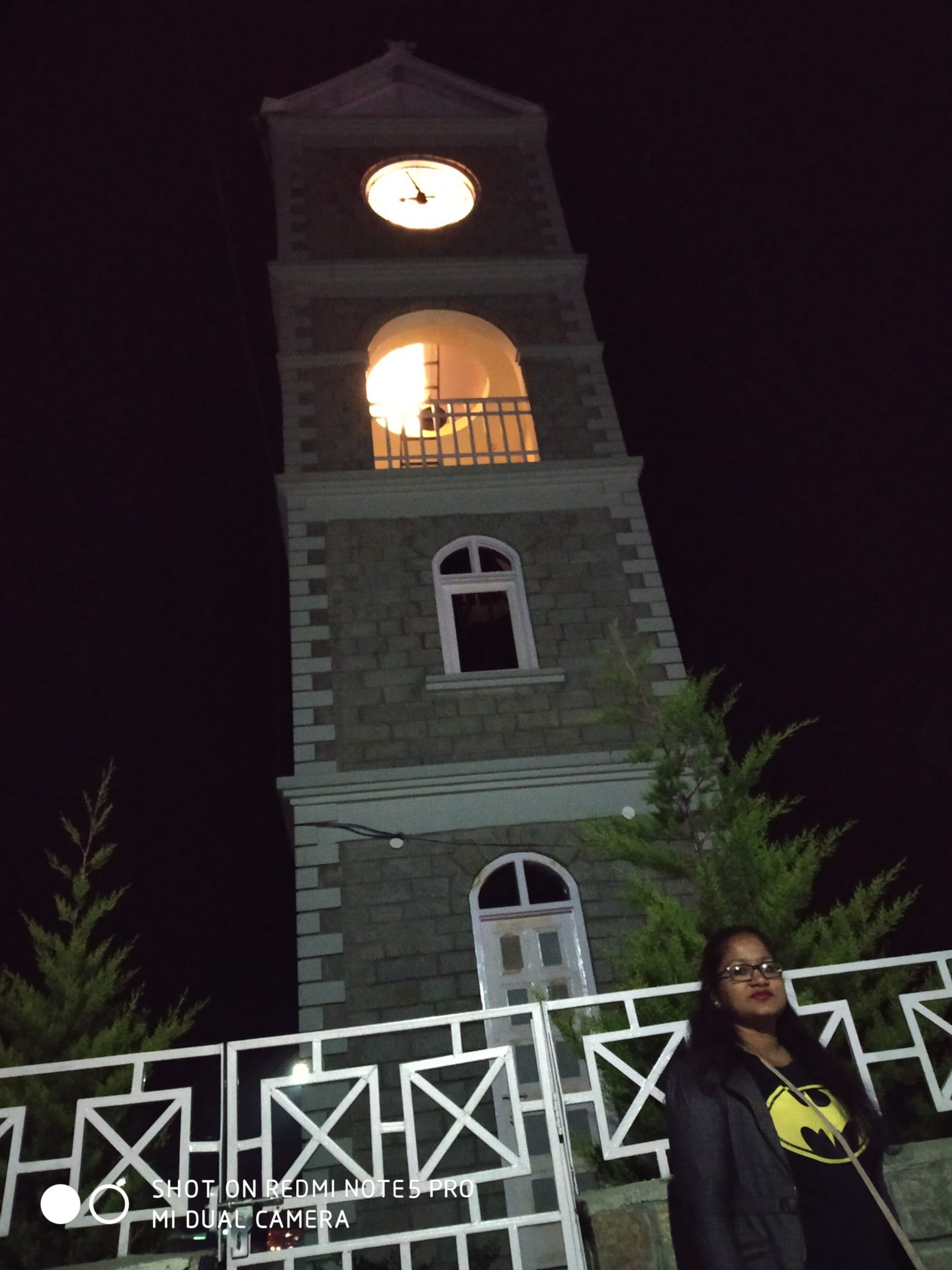 Our way back seemed to have perfect timing. Just when we had reached the look-alike of Big Ben, it was 9. And the clock chimed , I couldn’t have been happier. We heard the bell going on, and strolled back to our hotel. The road was empty and that was when I felt best.

The scorching hot weather did nothing more to lessen the humidity. We checked out of our hotel and planned on doing a roadtrip to Dalhousie. But first we would visit few places around Dharamsala.

Things to do in Dharamsala 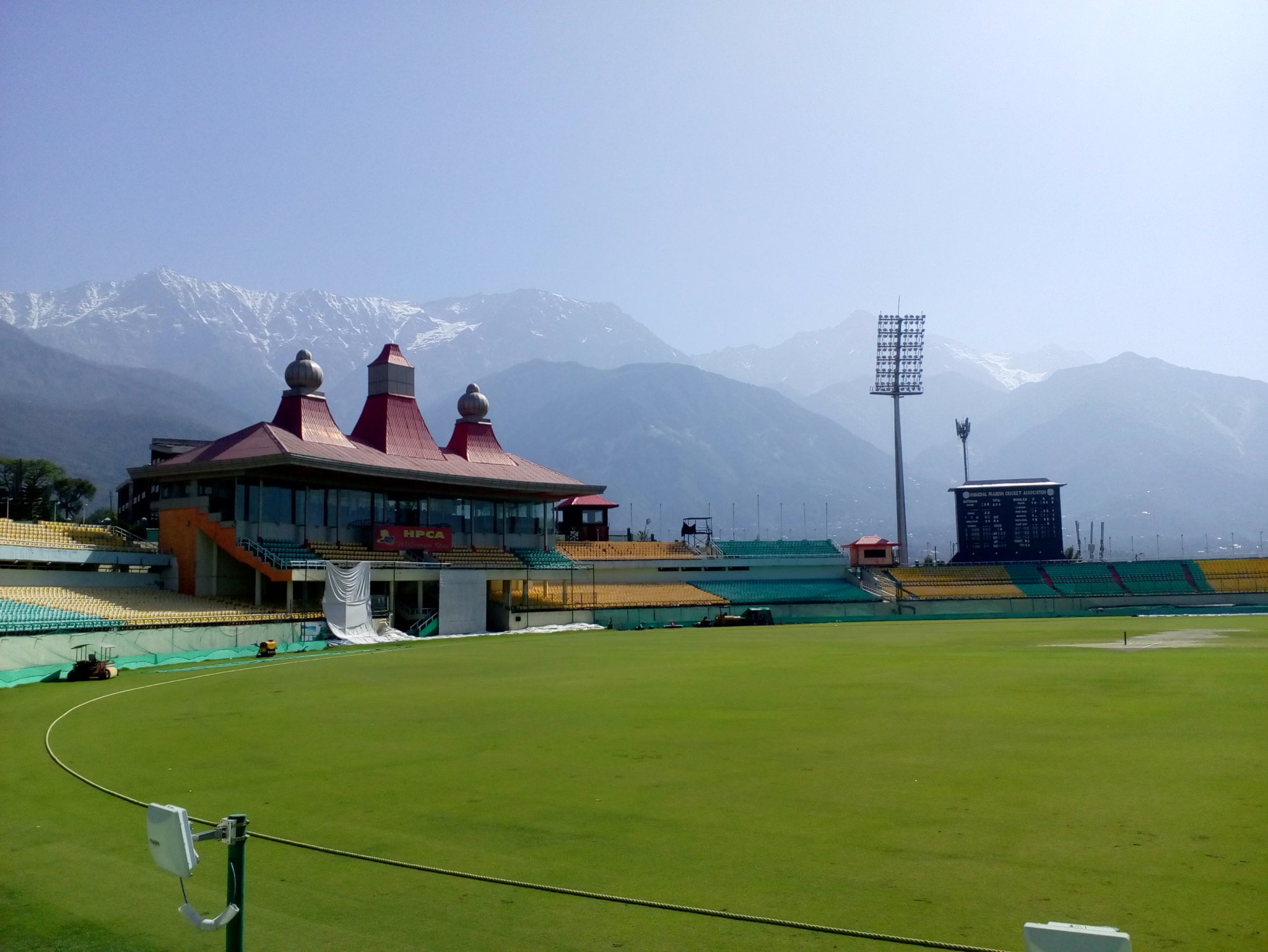 We headed out to visit the HPCA Cricket stadium in Dharamsala. It it here where many of the IPL Matches were held, that made it all the more exciting. We paid the entrance fees and made our way inside the stadium. And I will say I have never seen grass as green as I saw inside the stadium. It had the view of the mountain from anywhere in the stadium, so that is a plus point. We also watched a few kids who practised cricket there, and there wasn’t anything much to do so we headed back to our car. 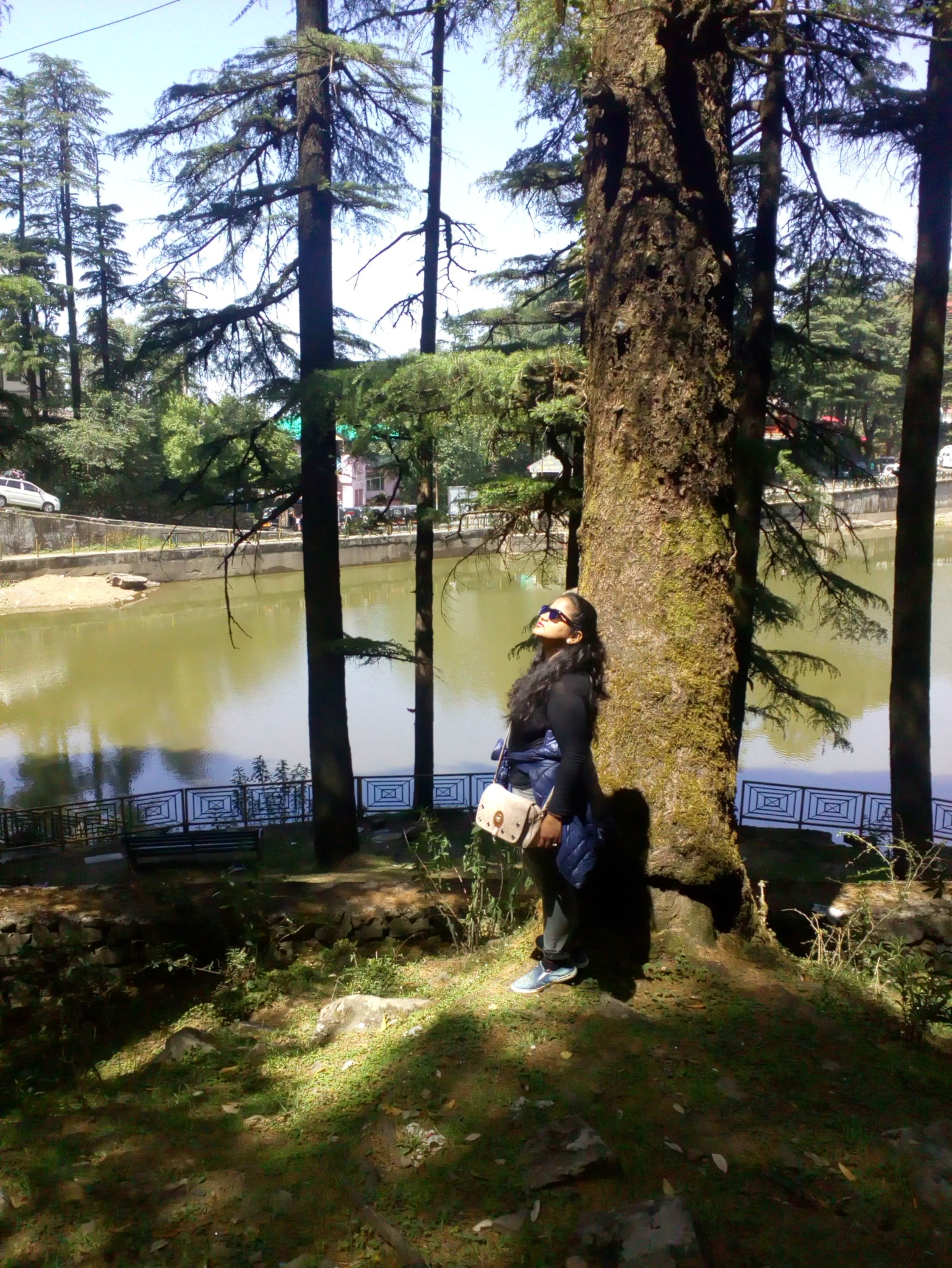 No, this is not the Dal lake you see in pictures, this is not the one in Srinagar. But this is the Naddi AKA the Dal lake. It is just like a park where you can stroll and sit. We found a bunch of guys playing cards there. But my attraction there was a group of kids, there were so adorable to look at. I even tried talking to one but most of them did not understand Hindi and were speaking in their local language.

Another Big No- No to this as well. You won’t believe the rush which seems to fill the streets of Dharamsala near the Ban Jhakri waterfalls. We walked and walked to beat the traffic still we could not see the waterfall in sight, we even visited the shiv temple on the way but still no sign of it.

But we did see a pool like thing where you can dip yourself and be cool. In the summer heat it was so tempting. Once we were halfway we got the sight of the waterfalls and another temple near it, and that waterfall was not a waterfall, but in the summers was reduced to a thread of water. Our Ban Jhakhri rendezvous ended up being a shopping delight as we shopped in the thrift stores. We bought some really good bohemia jewellery and jackets.

By this time I was so disappointed in Dharamsala because it was so loud and noisy, and of course we travelers are to blame. It was Sunday and we really wanted to go to the church. And no matter what a Neo-Gothic church never disappoints. I had read a lot about St John’s in Wilderness because its name intrigued me. We walked into it and I was so glad to know that it was also a CNI church, a church wing of which I am also a part of. I even met someone local from my hometown there. The world indeed is a small place. 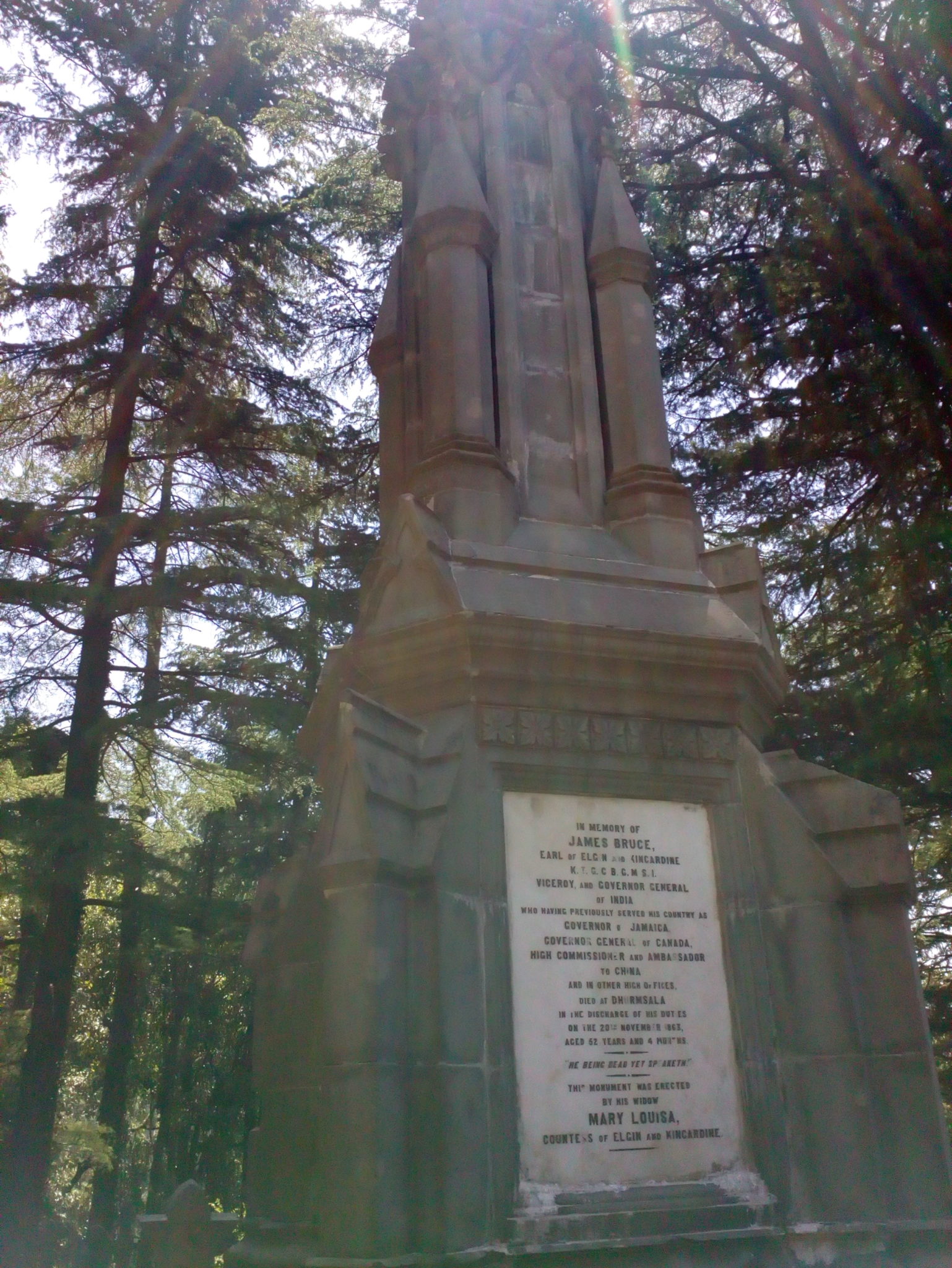 St John’s in Wilderness is a very old church, built during the time of British Raj. You can learn the truth of its antiquity by the gravestones and epitaph which line the cemetery of the church. I loved dating back the graves and the oldest was from 1822, about two centuries back! Can you believe it. I just did not want to get away from there, but I had a breakfast to catch. Just in front of the church we found a stall serving mini-burger, how were they?  yummy let me tell you.

Our last stop before we made our way to Dalhousie was the Monastery. Due to the traffic we had to walk a long way to the Monastery, but it was worth it. If like me, you are fascinated by Buddhism, you need to see this place. On the entrance you will find two boards depicting the story of the youngest political refugee. Make a point of reading it, because it is interesting.

And before you enter the temple, do not miss the museum. It has got all you need to know about the chinese invasion of Tibet. The heart breaking story is portrayed along with the real pictures of the events. The Namgyal Monastery is a place where lot of the devotees sit and chant, you can sit if you want to. But the amount of tourists bustling made me think that we were intruding their privacy and I really did not want to do that. They were serving food, which if you wanted you could have. 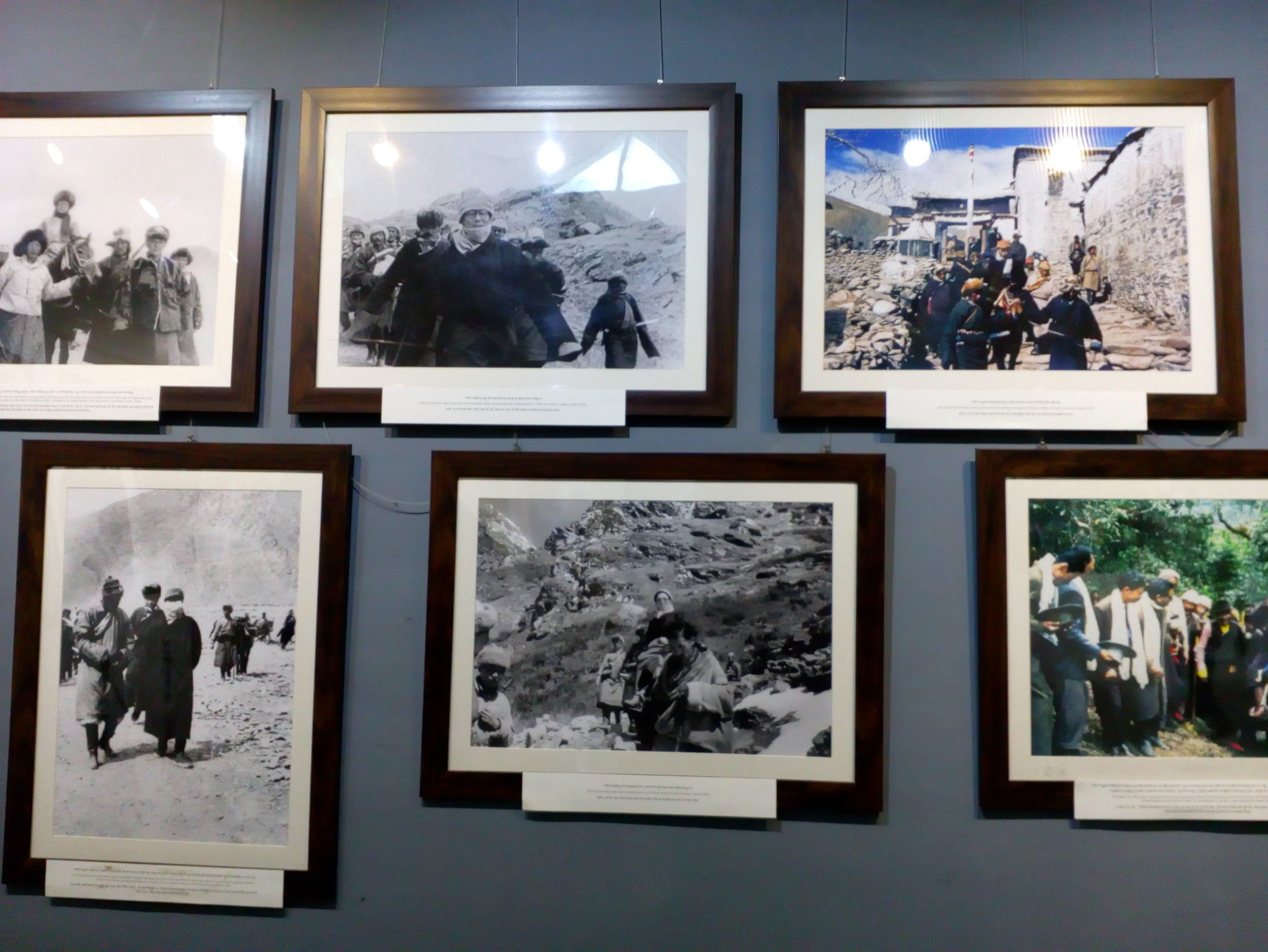 And on we sat inside our cars and made our way through the rocky terrain, it was so hot, and the sun shone right on our faces, and at that altitude it is scary. I commend Ravi, our designated driver who braved all the odds to drive us home safely.

The road to Dalhousie is the prettiest one I have seen, there is no place near the road where you wouldn’t find wildflowers, and there is no way the sunshine can penetrate through the thick canopy. Dalhousie was far cooler, and we had to wear our sweaters again to keep ourselves warm.