Hidden Gems in Rome: Off the Beaten Track

Rome is one of the most popular tourist destinations in Italy and the entire world, with around 9 million people visiting from around the globe each year.

Most people stay for just a few days and try to check off the biggest sights – the things you can’t afford to miss, like the Colosseum, the Vatican, and the Pantheon. 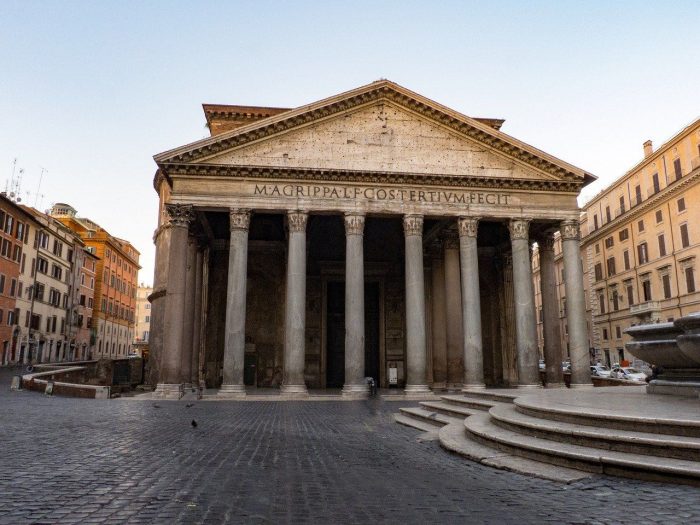 But if you’re looking for something beyond the obvious to give your holiday a little something extra, check out these sights and really make the most out of your time in La Città Eterna.

The viewpoint at Piazza Giuseppe Garibaldi

If you want a great view of the city, walking up to the top of the Janiculum Hill is essential. It can be a bit of a tough walk if you’re already tired from a day of sightseeing, but the views are well worth the effort. 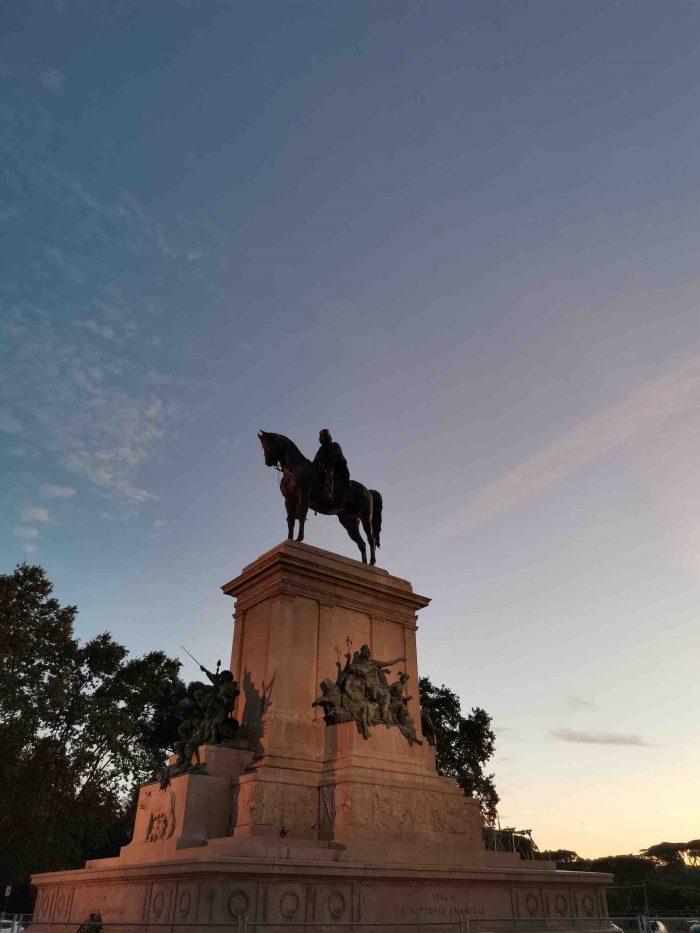 Arrive in the large, open square to see a huge statue of Giuseppe Garibaldi, a key figure in the unification of Italy, astride his horse, looking out across the capital of the country he helped to create.

From here, you can see the whole city – the Colosseum and Roman Forum included – and if you cross over the square, you can watch the sun go down behind the dome of Saint Peter’s Basilica and the Vatican.

Get there in the early evening to snag a spot on the wall, grab a takeaway cocktail from one of the kiosks, and settle in.

The Fountain of the Acqua Paola

Just around the corner from the Janiculum Hill’s viewpoint is a huge monumental fountain. Built in 1612, it marks the end of an underground aqueduct originally built by the emperor Trajan.

In the seventeenth century, the aqueduct brought essential drinking water to the Trastevere area of Rome and culminated in this elaborate fountain. 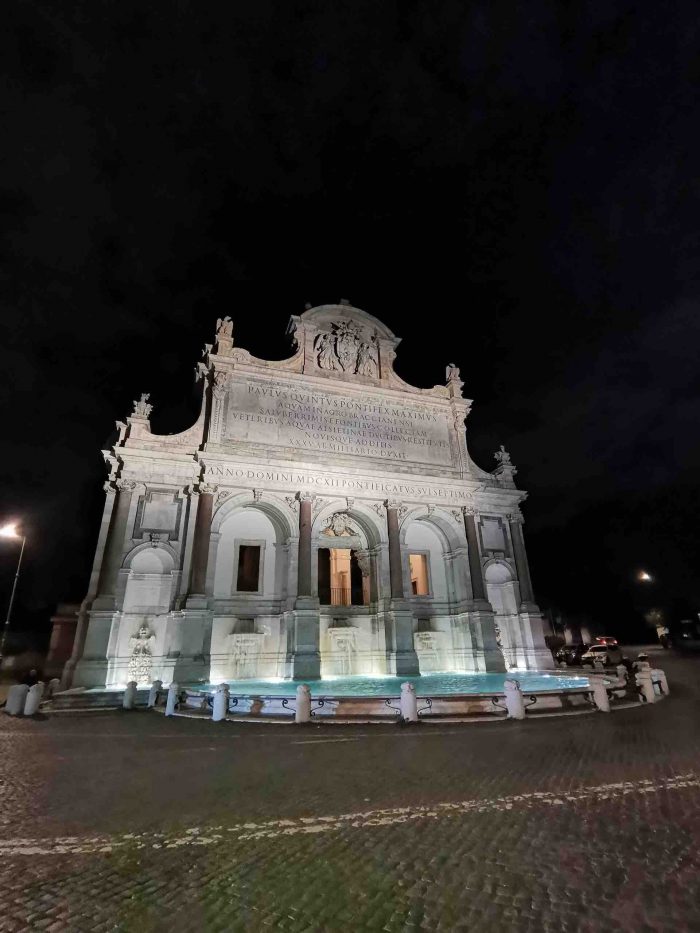 If it looks familiar, it might be because it actually served as the inspiration for the better-known Trevi Fountain, built over 100 years later.

There’s another gorgeous view of the city here, and it tends to be a little quieter than the viewpoint at Piazza Garibaldi as there are no kiosks serving drinks, so you might be in with a better chance of snagging a place to sit.

Yes, that’s right, a cat sanctuary. If you’re a cat person, you probably won’t need much more convincing, but this sight is worth a visit regardless of your feelings towards our furry friends. 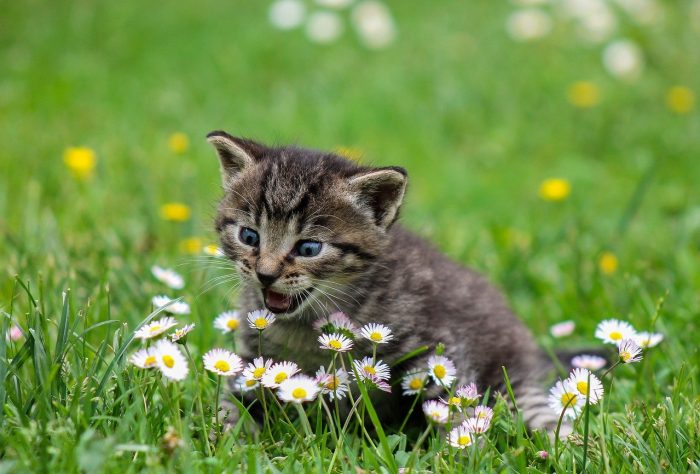 It’s situated among the ruins of four ancient temples, dating from 400–300 BC, and it’s also the site of Julius Caesar’s infamous murder on the Ides of March.

While it’s not possible to walk around the ruins themselves, you can get a good view of them from the street level, so peer over the railings to marvel at the well-preserved columns and slabs of ancient tufa.

Throughout the year, you’ll see the stray cats of Rome who have been taken in by the sanctuary basking in the sunshine or lying in the shade of these once-vast temples.

The sanctuary itself welcomes visitors, so if you need a sightseeing break or are looking to cuddle up with some cats, look no further!

The Borghese Gallery and Museum

If art is more up your street, take a trip to the Galleria Borghese, home to some of Bernini’s most famous sculptures.

Housed within the Villa Borghese and the surrounding park (one of the largest in Rome), the gallery’s upper floor contains paintings by Raphael, Titian, Correggio, and Rubens.

The lower floor displays two of the most jaw-dropping sculptures of the Baroque period: Bernini’s Rape of Persephone and Apollo and Daphne. 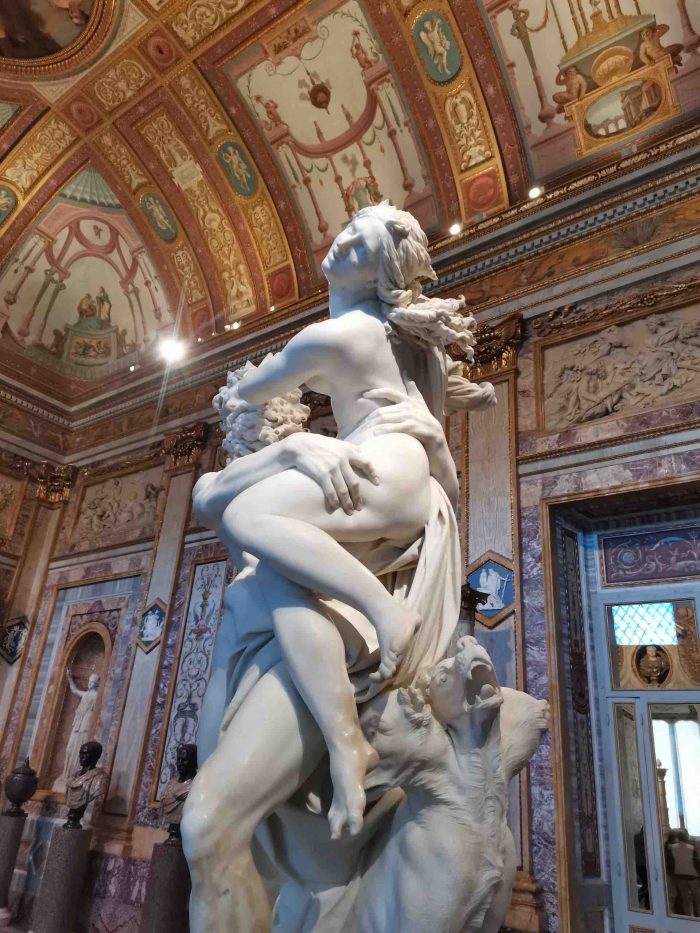 Wonder at these marble masterpieces, including neoclassical works by Canova, and gaze at ancient mosaics before taking a stroll around the expansive park – a perfect place for an evening passeggiata (promenade), an Italian tradition.

Saint Paul’s Outside the Walls

This huge basilica is one of four ancient papal basilicas in Rome and is the largest church in the city other than Saint Peter’s in the Vatican.

Situated outside the Aurelian Walls, which traditionally contained the city’s fabled seven hills, it’s often overlooked by tourists, but its rich history and elaborate façade make it a worthwhile visit. 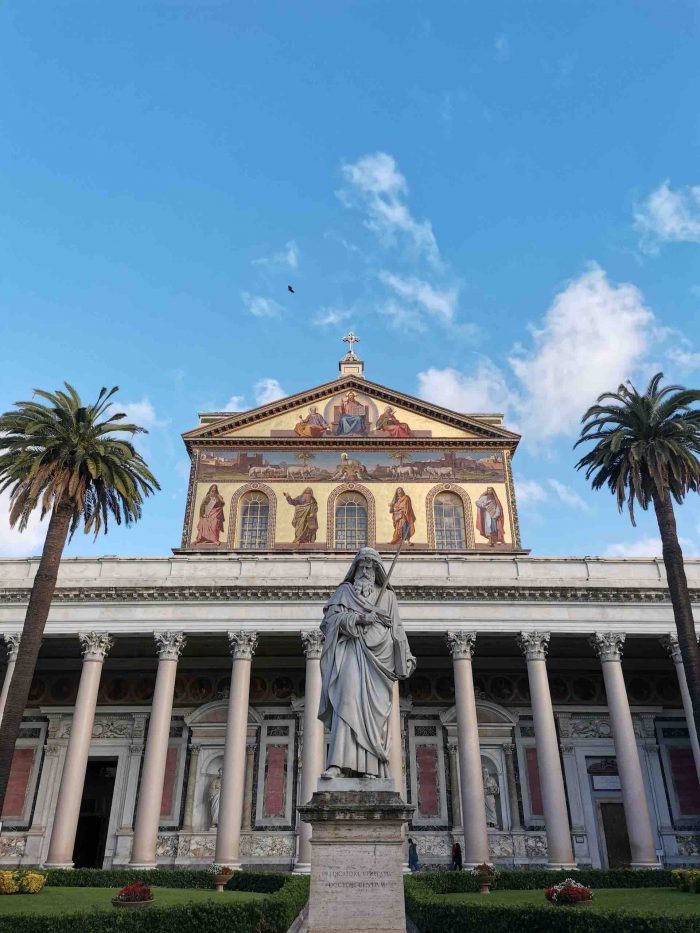 St Paul’s outside the walls

Home to the bones of Saint Paul himself, the church has been repeatedly pillaged throughout history, eventually leading to the construction of a fortified town, Johannispolis, the ruins of which you can still visit today.

Inside the church itself, as well as thirteenth-century mosaics and a fourteenth-century crucifix, look out for the series of mosaic portraits of all the popes.

Legend has it that when there are no spaces left for portraits of new popes, the world will end – there are now only six spaces left, so visit while you still can!

This island in the middle of the River Tiber is a marvel. To reach the island, just walk across the city’s only intact ancient Roman bridge, the Ponte Fabricio (look out for the four-headed stone gatekeepers as you start to cross). 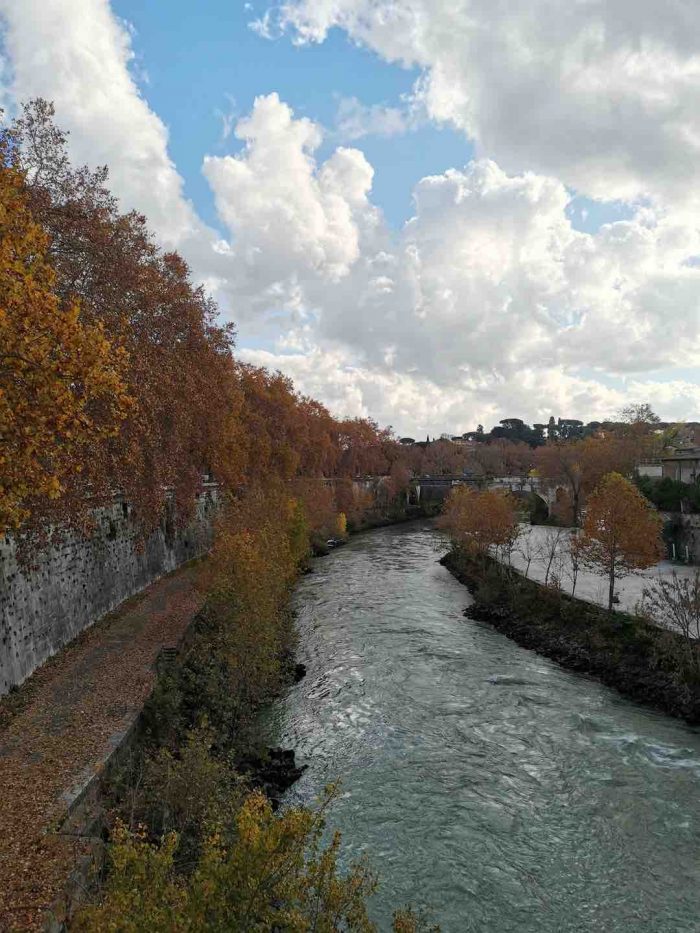 Once on the island, you’ll find a tenth-century basilica built on the site of an ancient temple, and a restaurant that wafts out gorgeous smells at all times of the day. 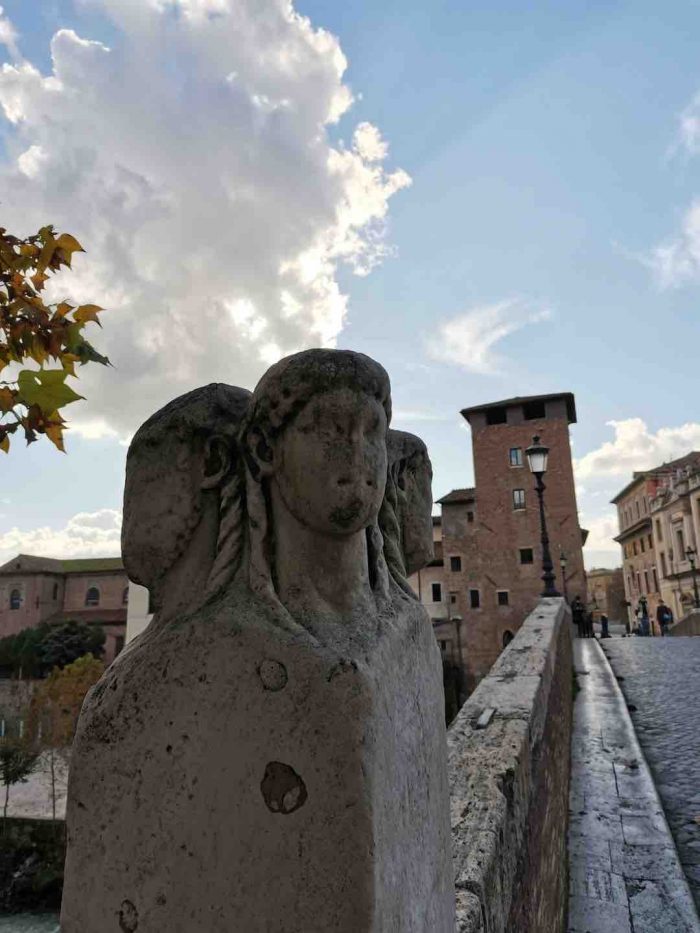 Wander around the circumference of the island and sit down at the eastern end to gaze up at another Roman bridge, the Ponte Rotto (‘Broken Bridge’) – the oldest in the city.

This is a wonderful place to sit down and take a breather, and you’ll often spot locals coming to the island to relax with a bottle of beer and something to read. Take a leaf out of their book and wind down.

There are so many wonderful things to do and see in Rome, whether you want to see the ‘biggies’ or not.

If the ever-present hordes of tourists in the eternal city are off-putting for you, consider visiting these smaller sites instead. While still busy at times (Rome is a capital city, after all), you’ll find that you have more time and space to reflect, relax, and enjoy your trip.

Chloe is a freelance proofreader, copy editor, and writer from the UK who has spent the last year living, working, and traveling through Italy. She’s picked up great tips and tricks to help make your Italian adventure the best it can be. See more of her writing at chloelaywrites.wordpress.com.