Salt Lake City is the capital of and largest city in Utah. It is a destination for outdoor recreation, with nearby mountains full of hiking trails and ski resorts made famous by the 2002 Winter Olympics.

Fun Fact:  Salt Lake City is also well known as the headquarters of the Church of Jesus Christ of Latter-day Saints (LDS or the Mormon Church). 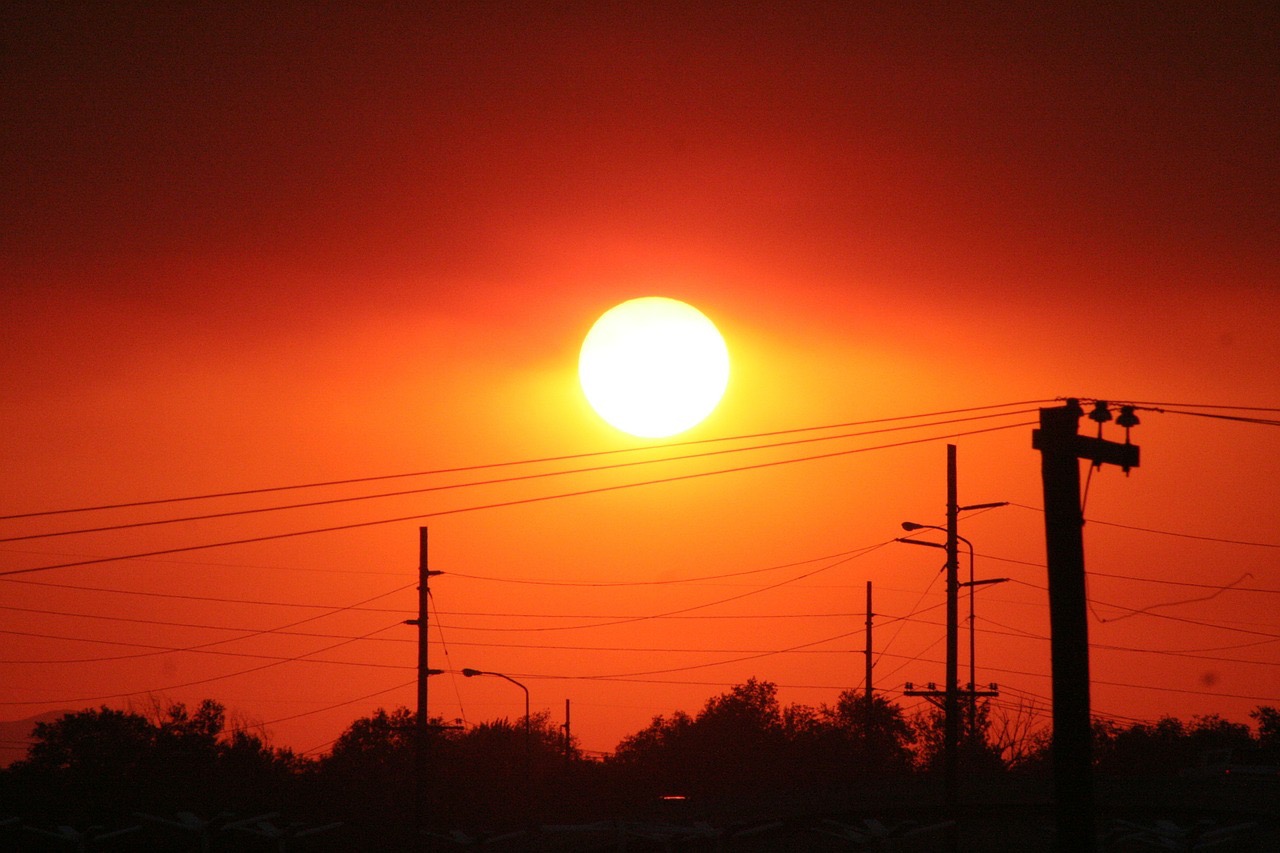 Salt Lake City was settled in 1847 by Mormon pioneers who, led by Brigham Young, migrated a thousand miles west to escape the violent conflicts they had encountered whenever they tried to set up their religious community alongside established populations in the East.

The city quickly became a major transit point for folks moving westward in the midst of the California Gold Rush, and the Mormon church’s extensive network of missionaries drew converts from Britain, Ireland, and Scandinavia to Salt Lake City throughout the 1850s-1860s. 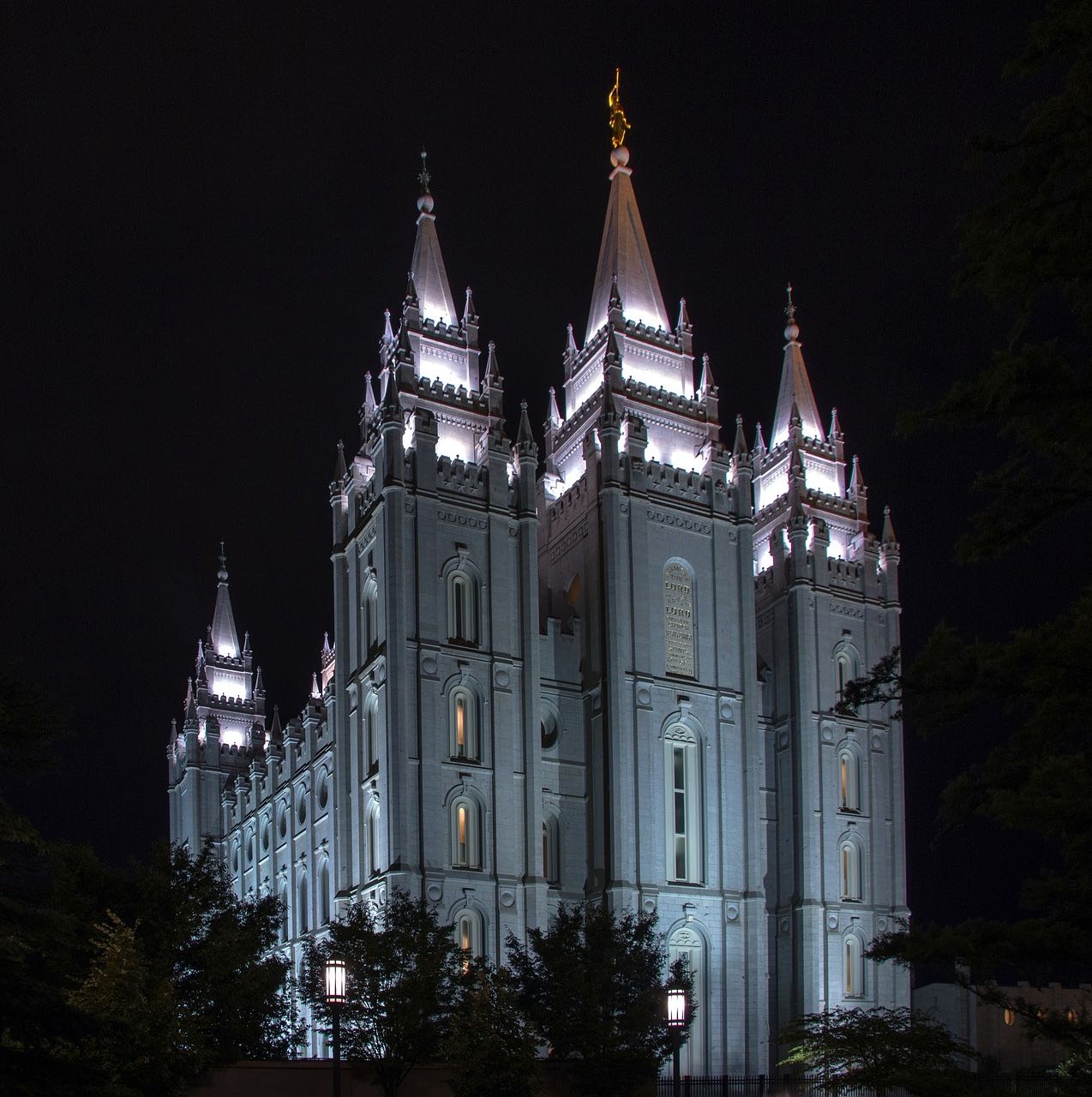 Although the majority of Utahns are still members of the LDS Church, Salt Lake City itself is less than 50% Mormon, with some areas, such as those dominated by ethnic minorities and artsy neighborhoods like Sugarhouse, bearing little resemblance to the Mormon-dominated culture in other parts of Utah.

Things To Do In Salt Lake City

Salt Lake City is a hub for an incredible variety of outdoor recreation. Summer activities available in the area include camping, hiking, rock-climbing, mountain biking, boating, and fishing.

The main outdoors area near the Salt Lake City is the Great Salt Lake located immediately to the northwest of the city. The lake is also an important refuge for over a hundred species of birds, including a large pelican colony living on the cliffs of Antelope Island.

The island, in the southeast part of the lake, has camping facilities and is home to one of the last wild herds of bison in the United States. 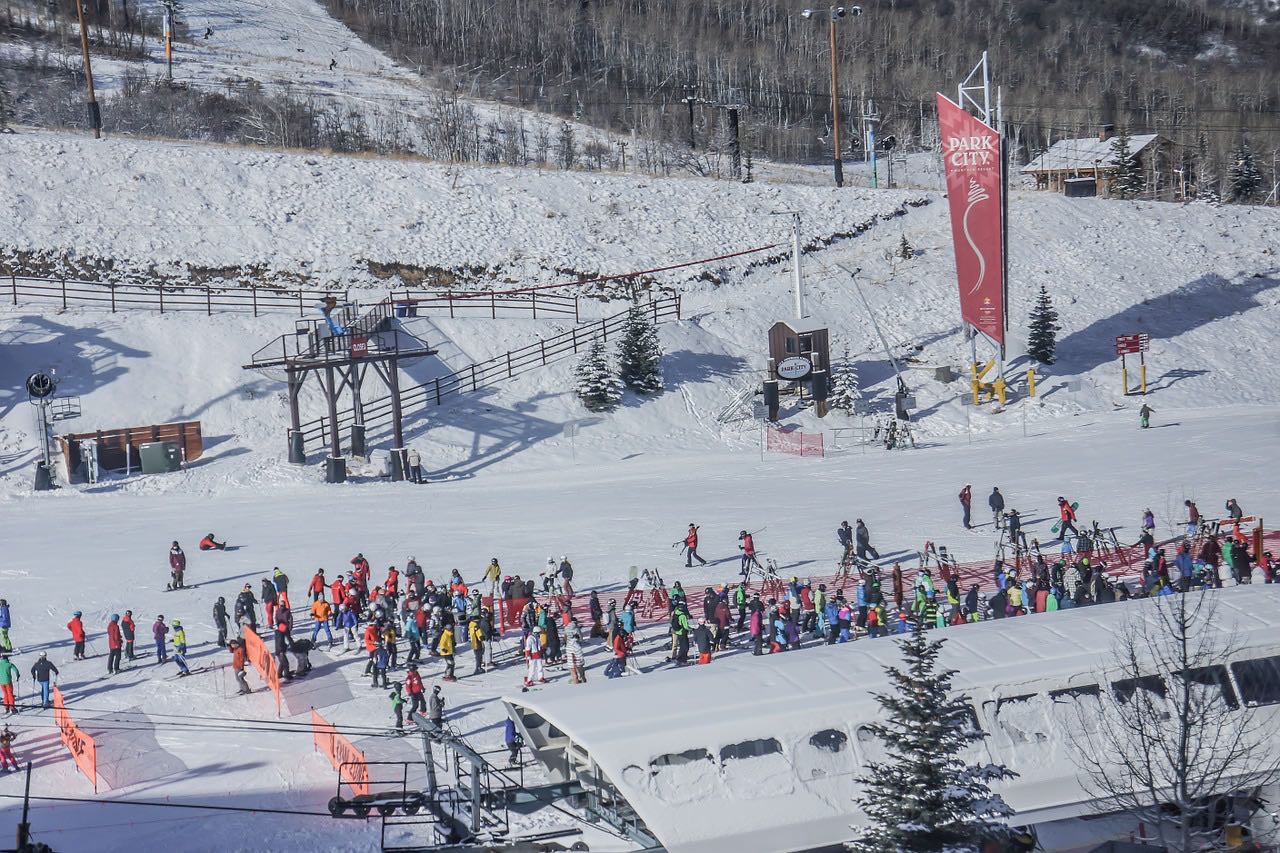 The main skiing and snowboarding venue for the 2002 Winter Olympics, is about a 40-minute drive up Parley’s Canyon.

Ski resorts in the Wasatch Mountains are famous for the type of light, powdery snow that creates ideal skiing conditions. One variant of the Utah state license plate even dubs it the “Greatest Snow on Earth”.

These scenic resorts are within a half-hour driving distance from Downtown.

A scenic tram ride to the top of 11,000 ft Hidden Peak operates year-round, weather permitting, and the views from the peak are spectacular in all directions. Summer at Snowbird resembles a carnival, with an assortment of rides and activities.

Downtown Salt Lake City is home to more than 20 art galleries and antique shops. A free Gallery Stroll happens downtown on the third Friday of each month. The neighborhood around 200 East and 300 South is the city’s “gallery row” of sorts.

Aside from the ubiquitous set of mainstream movie theaters showing Hollywood blockbusters, the film culture in Salt Lake includes a handful of film festivals – the best known being Sundance in nearby Park City. 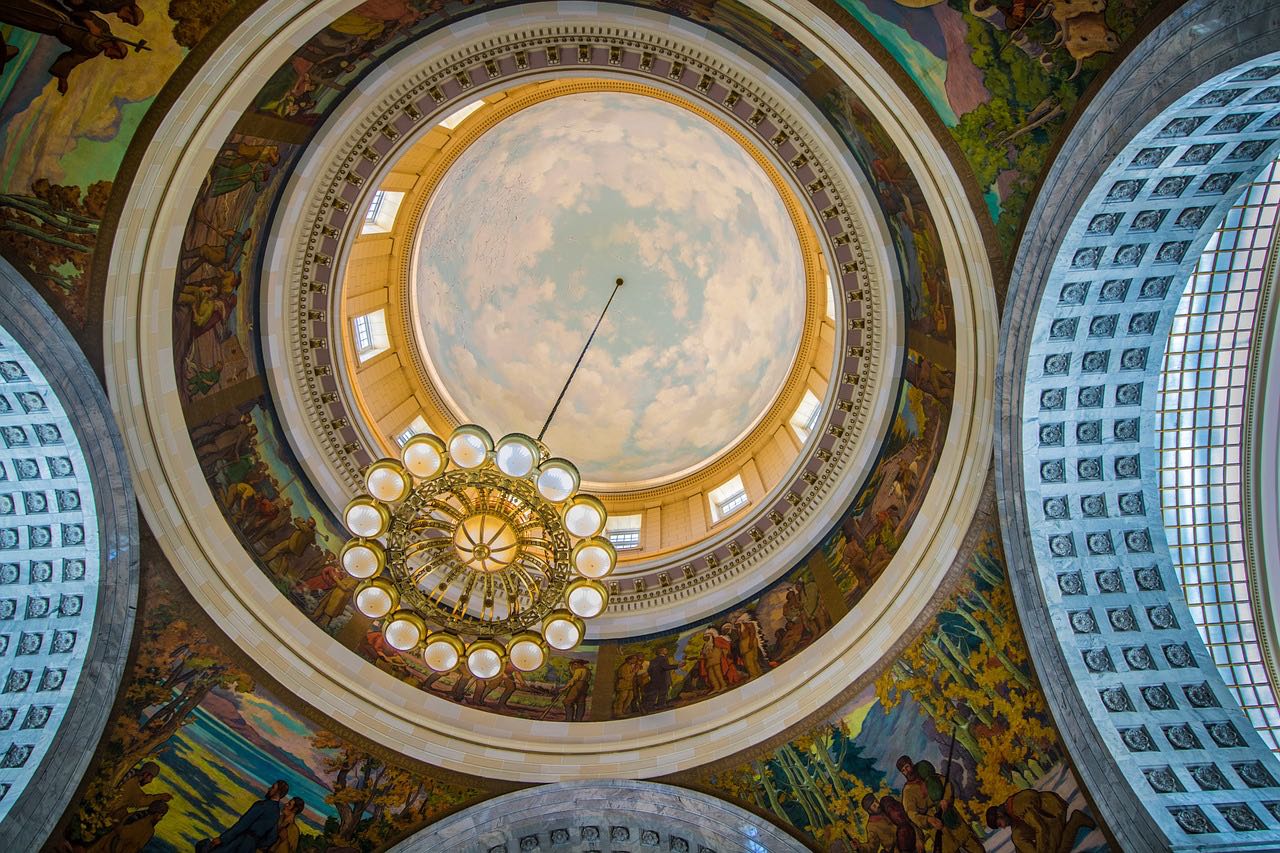 The grand state capitol building is prominently displayed on the mountainside, in a lovely park overlooking Downtown. The grounds include a reflecting pond and several memorials. Inside are large open areas and monumental architecture.

On weekdays, guided tours are available at no charge on the hour. All publicly accessible areas are free.

The seat of the city government since the 1890s, and in times past was also the seat of county government and even the state capitol building for 20 years. The halls are lined with onyx on each of four lavishly decorated floors.

A clock tower rises 256 feet (78 m) above ground level in the middle of the building and is topped by a statue of Columbia.

One of Salt Lake City’s most unique pieces of architecture, the library makes use of natural light and features a rooftop garden. Free.

The zoo is a 42-acre complex, with the largest exhibits featuring primates and elephants. $9 – $15 per person based on age groups and time of year; children 2 and under are always free.

Clark Planetarium has plenty of free exhibits, and paid admission to laser shows and IMAX movies.

A 5,000 years worth of art history is on display at the UMFA, with over 18,000 works ranging from antiquity to more modern installations (though with little to no emphasis on abstract art).

The museum runs a variety of public programs, such as artist talks, tours, films, and family art-making activities.

Home stadium of the University of Utah football team, and site of the opening and closing ceremonies for the 2002 Winter Olympics. The Olympic torch is still at the south end of the stadium. 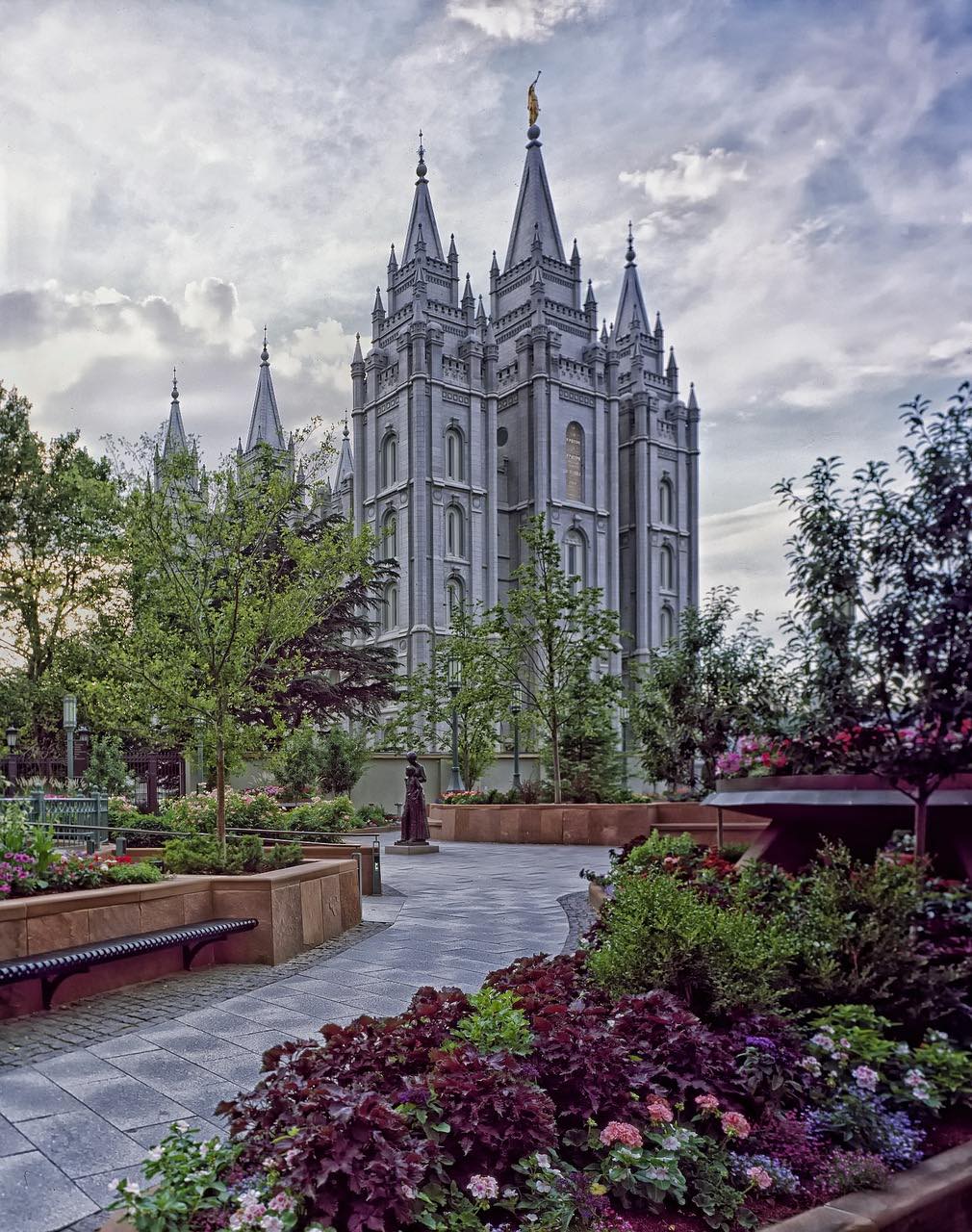 Located on the north end of downtown, Temple Square is the most visited tourist site in Utah. Among its buildings are the LDS Church headquarters, a Church History Museum, a Family History Library, gardens, and restaurants.

Note: Entry to the temple requires church membership and a permit called a “temple recommend”, but most other areas are open to anyone.

Temple Square is staffed with church missionaries to help show you around the grounds.

Note: Free tours are conducted from the airport for connecting passengers on at least a two-hour layover.

Just west of the temple is the Tabernacle, a domed, oval-shaped building that is home to the Mormon Tabernacle Choir.

The tabernacle is open to the public for guided tours, organ recitals, Thursday rehearsals, and Sunday “Music and the Spoken Word” choir performances.

On the southwest corner of Temple Square is a Gothic Revival building simply called the Assembly Hall. It is open to tourists for self-guided visits and hosts concerts on Friday and Saturday nights at 7:30 PM.

The LDS Conference Center, across the street on the northern side of the square, is an architectural point of interest with carefully-groomed roof gardens and a series of waterfalls on the exterior of the building.

Tours are available. The majority of the Church Office Building is off-limits to tourists, but the 26th-floor observation deck overlooking the city is open on weekdays.

The southeast corner of Temple Square is home to a handful of historic buildings.

Most popular among them are:

The 10th floor has two observation areas overlooking the city, which are open to the public.

Pro-Tip: December is also a popular time to visit for the extravagant Christmas light set-up that covers the square every year.

This museum has a permanent display outlining the history of the Mormon church from its East Coast origins up to the arrival of the pioneers in the Salt Lake Valley. This portion takes about a half-hour to walk through if you read the descriptions as you go.

The genealogical research wing of the Mormon church, this is the largest library of its kind in the world. It is open to the general public and attracts multitudes of visitors looking to trace their family history. Research assistants are on duty to help patrons. Free.

This Is The Place Heritage Park

Marking the spot where Brigham Young is believed to have said “This is the place”, the park’s features include a monument to the Mormon settlers of the Salt Lake Valley and a re-creation of a Utah frontier village made of historical buildings that were transplanted from their original foundations.

Located on eight acres within Liberty Park, the aviary is home to about 300 total birds from over 100 different species, including many rare/endangered species.

A small but unique collection of sculptures and stone engravings hidden between buildings in the center of a city block. Free. 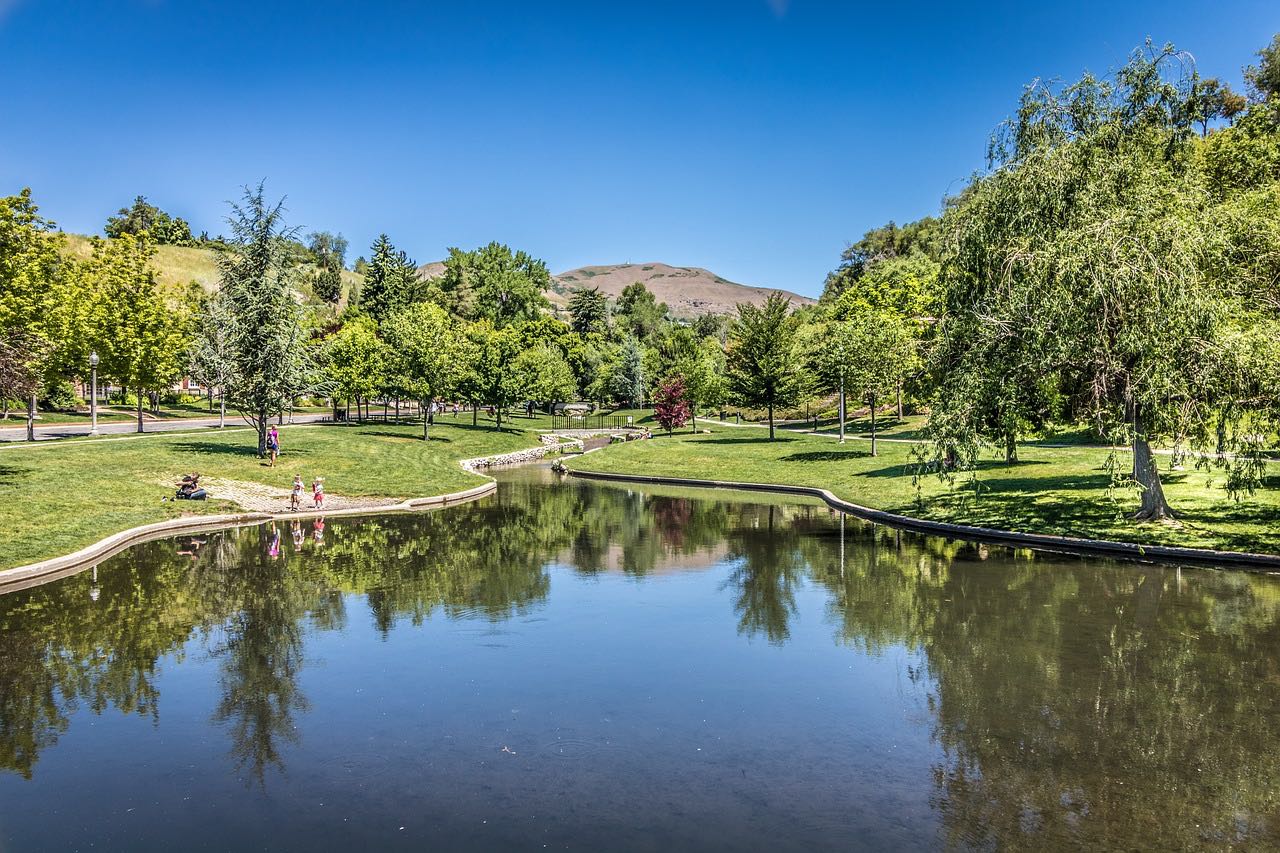 A park next to a large cemetery in the city’s first neighborhood, with a serene atmosphere and spectacular views of the valley. 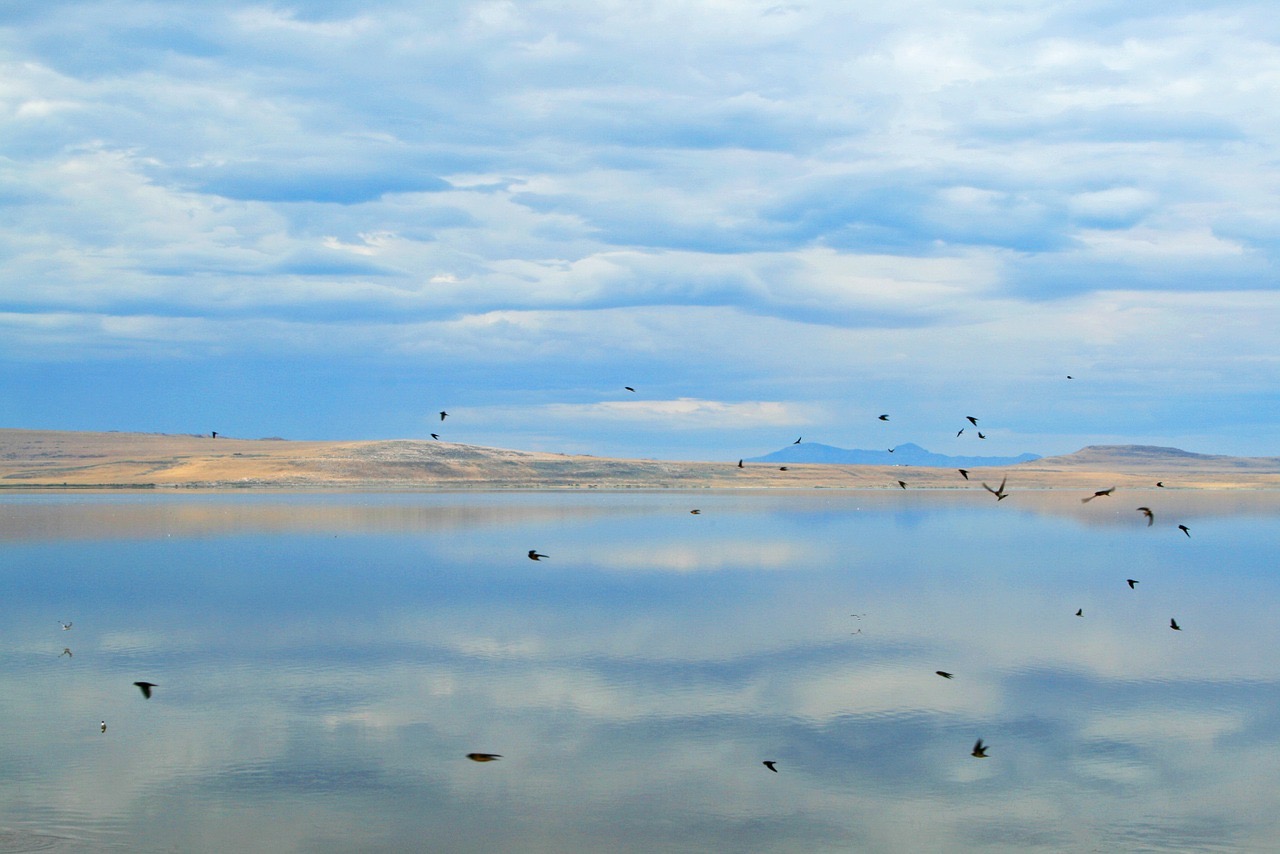 The climate of Salt Lake City is extremely seasonal. Summers are long, hot, and dry; winters are cold and snowy; fall and spring are shorter and get both cold or hot.

The best time visit is Autumn (mid-September to mid-November). Autumn is nice and warm and typically drier than spring, with temperatures ranging from 45°F to 80°F (7-27°C) during the daytime.

Winter (mid-November to early March): Winter brings poor weather to Salt Lake City, and tourism this time of year is typically focused on using the city as a base for exploring ski resorts in the nearby mountains.

Spring (early March to late May): Spring in Salt Lake is mild overall, but it is also the windiest and rainiest time of year, and it can be tough to tell when the last snowstorm is behind you even after the ground accumulation has been melted away for weeks.

Summer (late May to mid-September): Summers in Salt Lake City are long, hot, and dry. Humidity is low and nights are warm, sometimes hot.