Lakshadweep, formerly the Laccadives, is a group of islands situated a few hundred kilometers off of India’s west coast in the Arabian Sea. They are India’s only coral atolls and geologically a part of the same chain as the Maldives.

It is one of the most beautiful destinations that you could visit during your holidays with beautiful marine life, relaxed village life, some tourist resorts and cherished mosques. 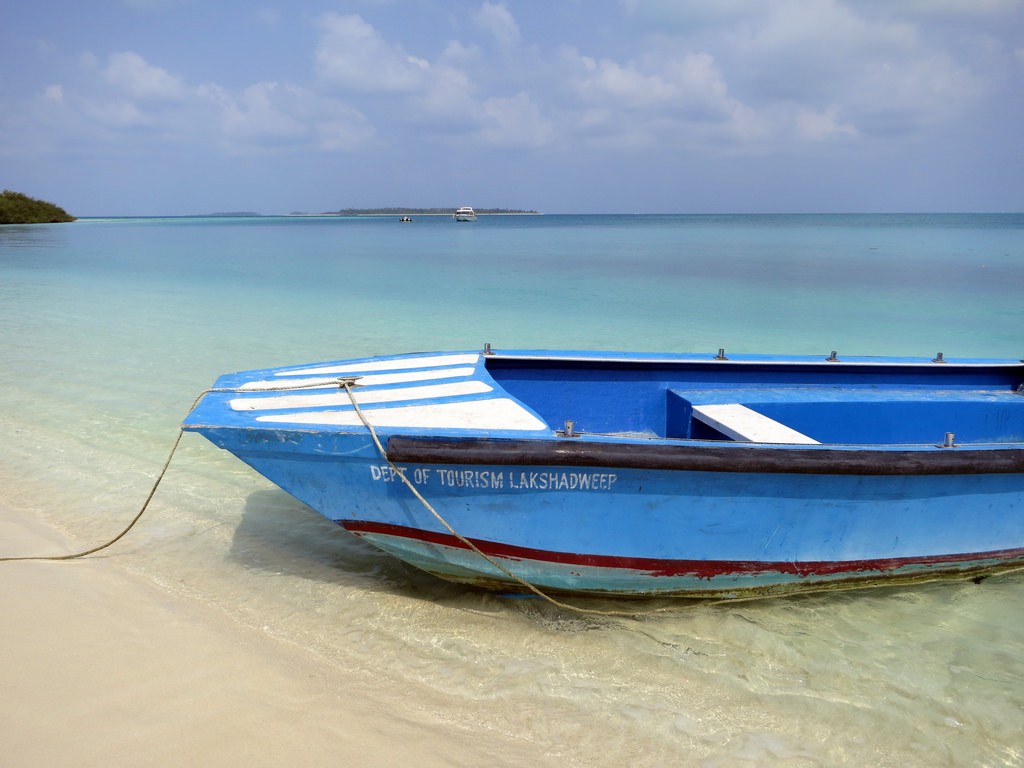 Lakshadweep literally means “a hundred thousand islands” in Sanskrit. Laksha means Lakh or a quantity of 100,000 and Dweep means Island.

Things To Do In Lakshadweep

There are basic leisure tours together with sea and lagoon based tours. There are plenty of opportunities for scuba diving, yachting, pedal boating, kayaking, canoeing, swimming, snorkeling and sunbathing.

You can also visit local houses, the Marine museum, and the Lighthouse.

Around 459 km from Cochin, Agatti Island is the gateway to Lakshadweep. The island is around 6 km long.

Around 8 km north of Agatti Island. Beaches with smooth sand.

A popular tourist destination. There is a huge lagoon on the west side of the island, around 10 km from the Amini. 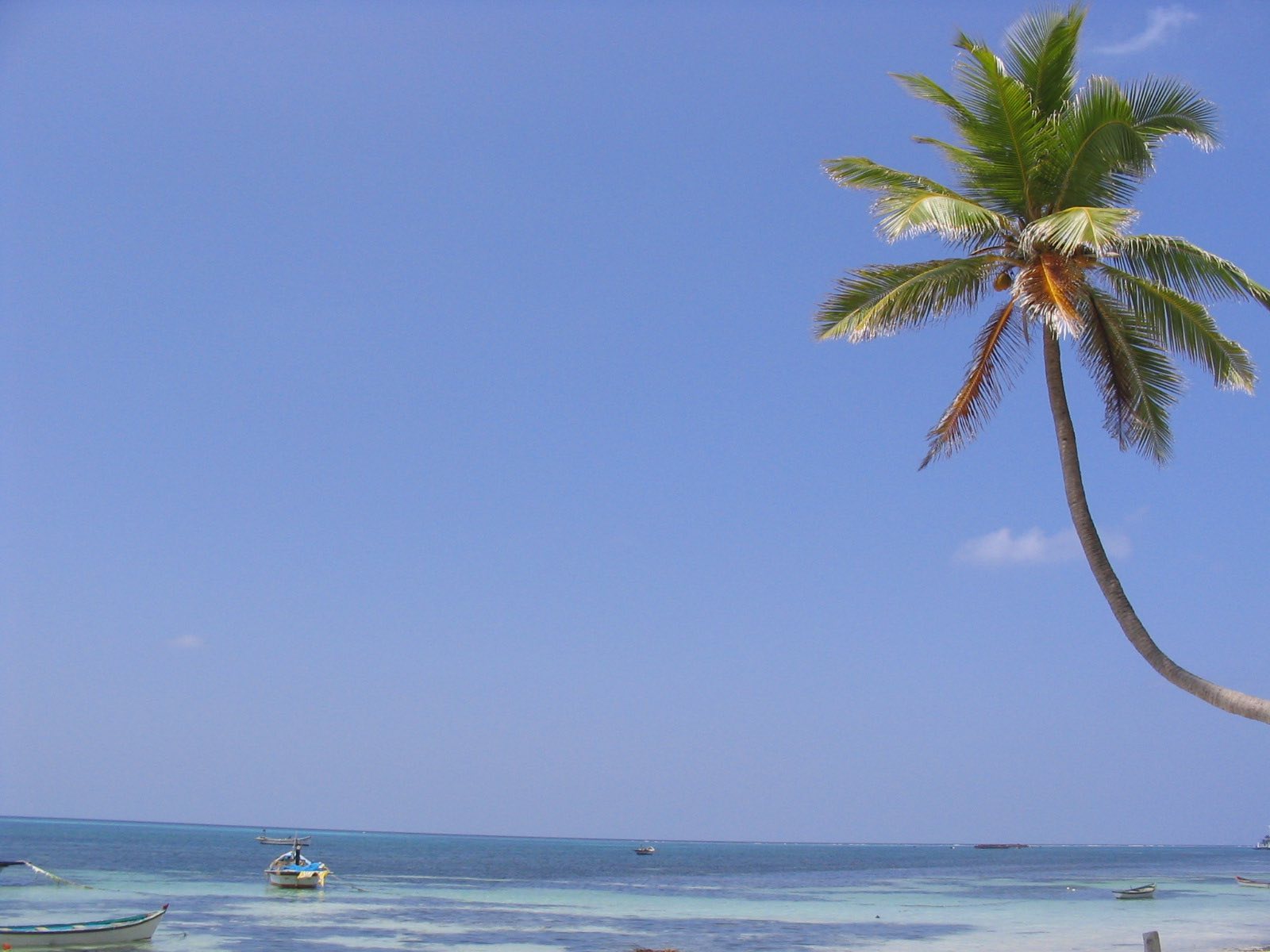 Kavaratti Island is the most developed Island in Lakshadweep. Kavaratti is the administrative capital of Lakshadweep and the population is dominated by non-islanders. There are around 52 mosques on the island, and the most beautiful one is the Ujra mosque.

Kalpeni is located at the distance of around 76 km south of Androth. This place lies in an extensive and shallow lagoon. The lagoon is famous for its rich coral and marine life.

The best time to visit is from December to May when the weather is cooler and drier. It is also the peak season but not too many tourists visit these remote islands so you should be fine.

May to September is the monsoon season so you may want to avoid these months. That said, this will be a low season and therefore everything will be cheaper. October and November can be also rainy but can be a good time to visit as well.

How to Visit Lakshadweep

Nearly everybody going to Lakshadweep has to pass through Kochi, from where you can continue by plane or ship. The only way out is back to Kochi. 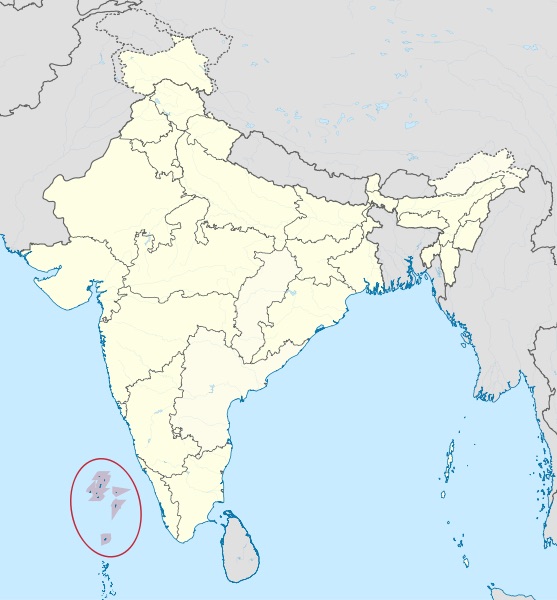 Location of Lakshadweep Islands, India in the Arabian Sea

Lakshadweep is not a budget destination: in addition to the permit issue, there is no tourist infrastructure (hostels, restaurants, public transport etc) for backpackers.

The cheapest sports tours start at around ₹10,000 for four days, but this price is all-inclusive.

Everybody, Indian or otherwise, requires a special permit to visit Lakshadweep. By far the easiest way to obtain it is to book a package tour through the government’s tour operator, The Society for Promotion of Nature Tourism and Sports (SPORTS), or arrange a hotel to sort it out for you; in fact, for foreigners, accommodation booked in advance is a precondition for being allowed to visit.

Foreigners are restricted to the islands of Agatti, Bangaram, and Kadmat, plus transit only (maximum of 12 hours) in Kavaratti.

Indians may visit the other islands as well, but accommodation is very limited.

Lakshadweep is India’s smallest union territory with just 32 square kilometers and one of only two Indian administrative divisions with a Muslim majority (the other being the state of Jammu and Kashmir).

If you’re planning to travel to Lakshadweep during Ramadan, consider reading Travelling during Ramadan.
Consumption of alcoholic beverages is prohibited in all islands except Bangaram. Picking up corals is a punishable crime.

They speak a dialect of Malayalam, except in Minicoy where Mahl, a form of Dhivehi (the language of the Maldives) is spoken.

Both boat and helicopter transfers are available from Agatti to Bangaram and Kadmat. The helicopter (USD150 return) may be the only option in monsoon season from May to September.

By boats/ferries: These can be used for getting around from one island to the other.

Once on an island, there aren’t too many options as the islands themselves are very small: most of them are less than 10 km in length and less than a kilometer in breadth between their extremes. You can travel by foot or hire a bicycle.

Local cuisine is similar to Kerala. No unique cusines per se.

Coconut water, the most abundant aerated drink on the island.

Tap water here is through bore wells and a bit hard in taste. Rainwater harvested during the rainy season is the major source of drinking water. Unavailability of drinking water accounts for a number of islands being uninhabited.

There are three full-service resorts in Lakshadweep (though one of them, the Bangaram Island Resort, is currently not operating), which are also the only places where foreigners can stay. All prices listed below are for double rooms and include all meals. 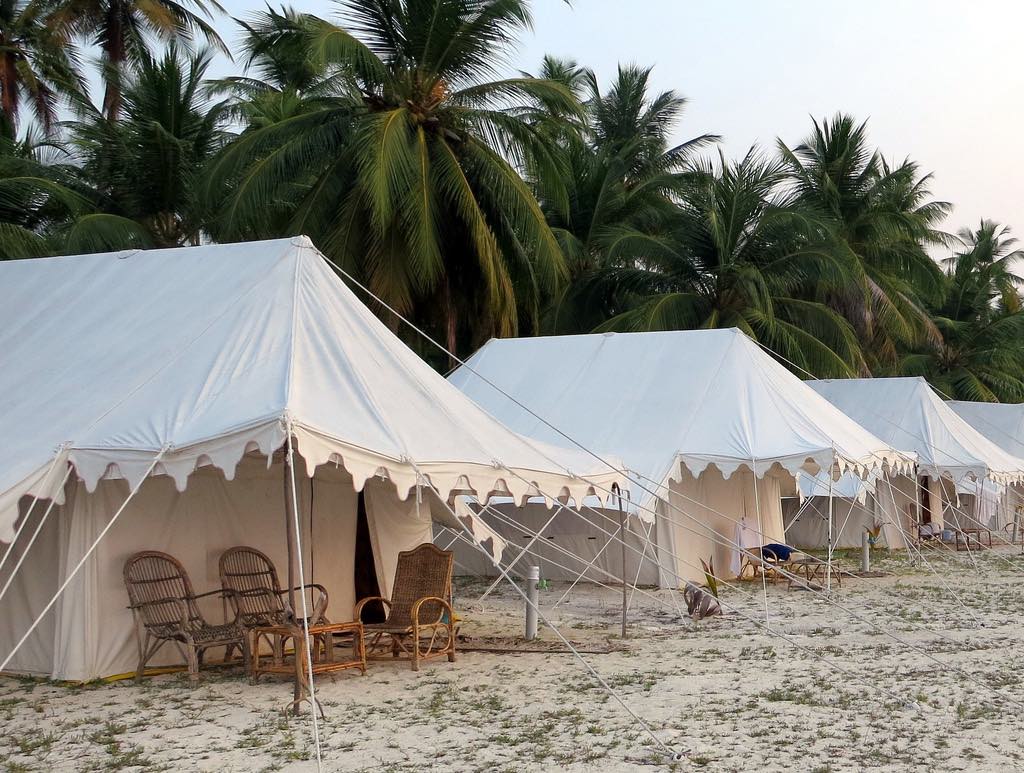 Agatti Island Beach Resort. Privately owned, but quite run down; although apparently new cottages are planned. The main attraction is diving, which is better than at Bangaram. 20 beds.

In addition, basic government resorts open to Indian citizens only are available at Minicoy, Kavaratti, and Kalpeni. Some packages offered by sports include accommodation on board the ship, with only day visits to the islands.