Once upon a time, Hagia Sophia (also known as Ayasofya) was the archetypal church in Istanbul. After the Ottoman conquest, it became a mosque.

Its dual religious purpose now makes it a perfect museum, which displays icons of both the Byzantine and Ottoman eras. 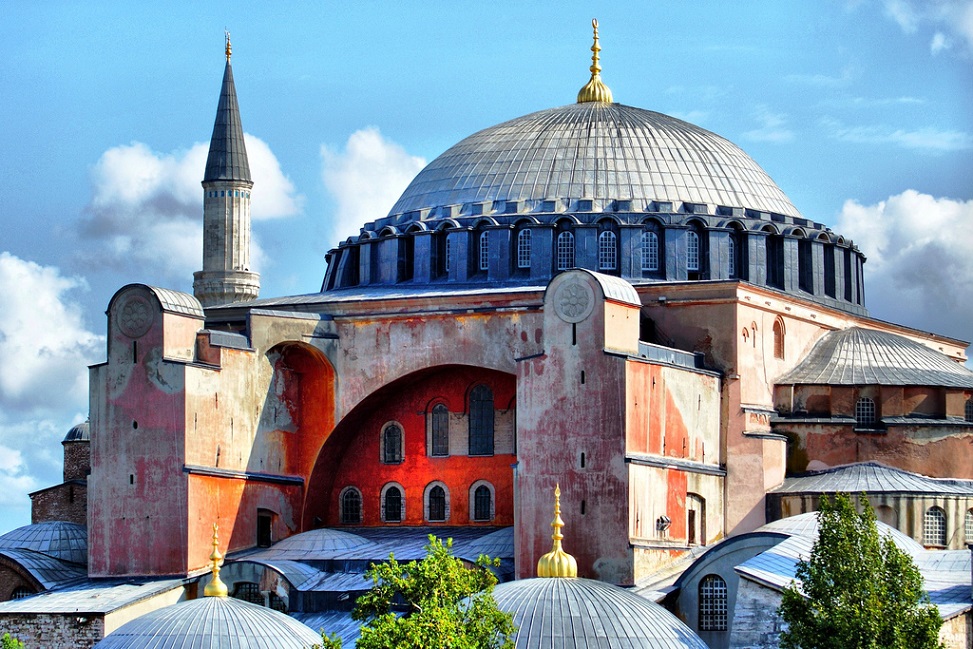 Once you arrive at the Atatürk Airport in Istanbul, then you can take the metro and reach Ayasofya in about 75 minutes. The metro ride will cost approximately $2.50.

You can also combine buses and metros together depending on your needs. Taking the train or a bus takes more time than it does money. Whereas, a taxi is the fastest, and most expensive, way to reach Ayasofya. It will only take you 20 minutes by taxi to arrive at the museum from the airport.

Related: A Solo Trip to Turkey: A Transcontinental Journey (including Hagia Sophia) 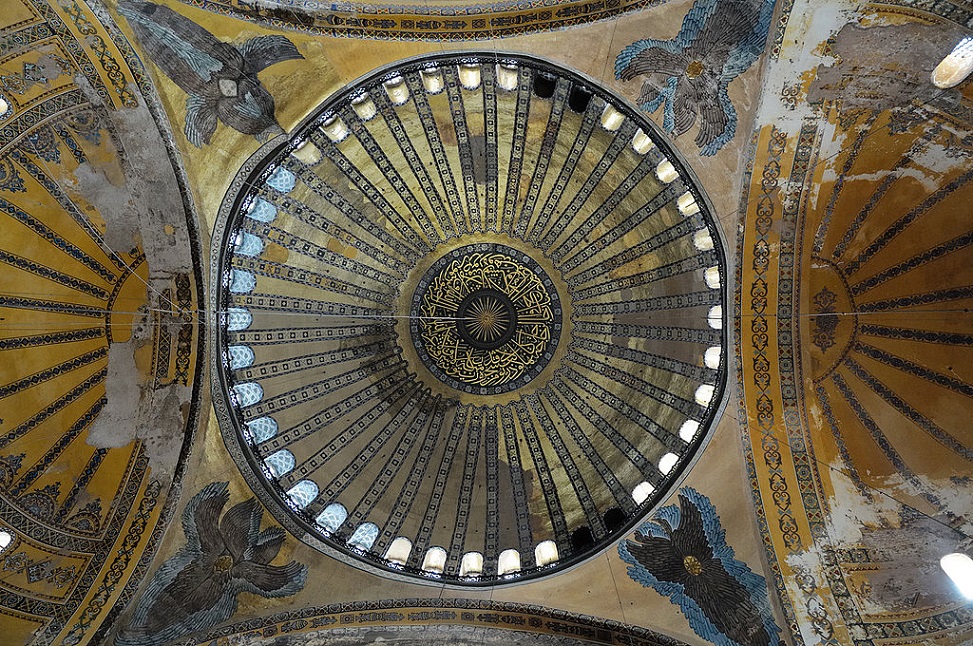 Hagia Sophia is open from 9 am-7 pm every day. The best time to visit it is during the spring because the temperature is moderate and the visiting hours are longer.

During the winters the museum closes two hours early at 5 pm. 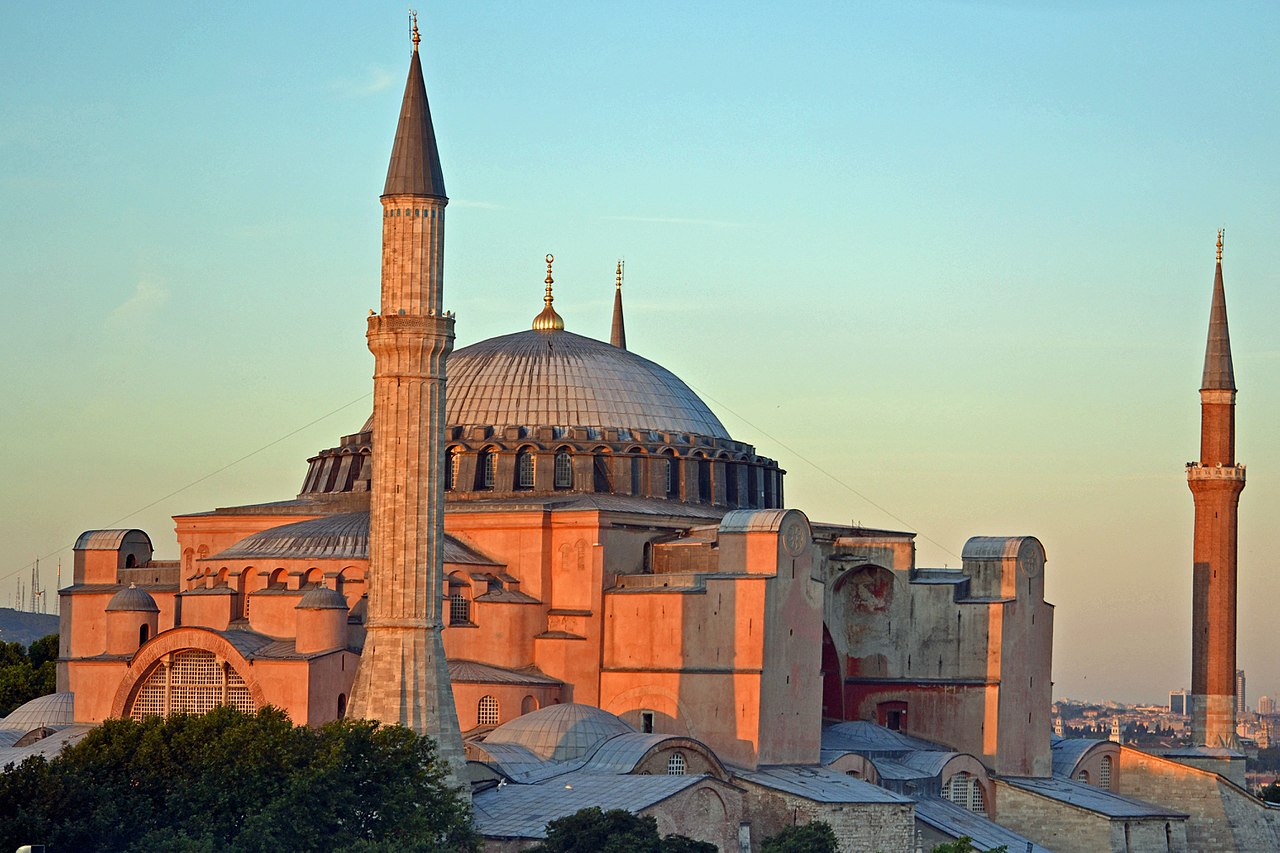 The 58 meters high Hagia Sophia has an inner and outer vestibule. This museum is a giant place to explore. The best part is arguably the main entrance way which is also called ‘the Imperial Doorway.’ Aside from the doorway, there is a variety of treasures housed here.

The Christ Pantocrator was a lost mosaic covered in whitewash during the Ottoman rule. However, the restoration of Ayasofya uncovered the beautiful mosaics of Christ Enthroned, the Virgin Mary Mosaic, and Christ as the Pantocrator.

Ottoman relics include the wooden plaques inscribed with the names of the conquering caliphs. There is also a lavishly decorate tomb in the museum. 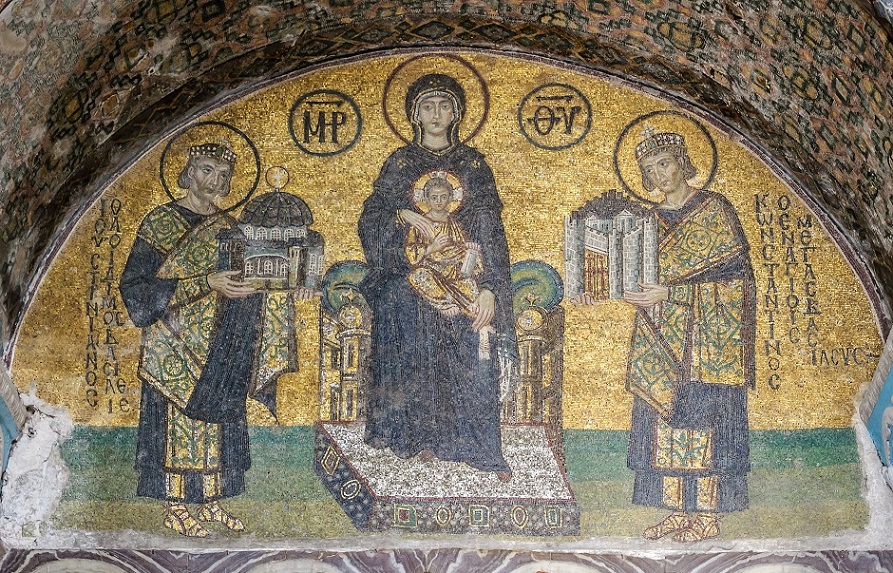 Loge of the Empress

The Loge of the Empress is located in the center of the upper enclosure, or gallery, of the Hagia Sophia. From there the empress and the court-ladies would watch the proceedings down below. A round green stone marks the spot where the throne of the empress stood.

Two huge marble lustration (ritual purification) urns were brought from Pergamon during the reign of Sultan Murad III. From the Hellenistic period, they are carved from single blocks of marble.

The Marble Door inside the Hagia Sophia is located in the southern upper enclosure or gallery. It was used by the participants in synods, who entered and left the meeting chamber through this door. It is said that each side is symbolic and that one side represents heaven while the other represents hell.

Its panels are covered in fruits and fish motives. The door opens into a space that was used as a venue for solemn meetings and important resolutions of patriarchate officials.

The Nice Door is the oldest architectural element found in the Hagia Sophia dating back to the 2nd century BC. The decorations are of reliefs of geometric shapes as well as plants that are believed to have come from a pagan temple in Tarsus, Mersin now modern-day Turkey. It was incorporated into the building by Emperor Theophilos in 838 AD where it is placed in the south exit in the inner narthex.

The Emperor Door is the door that would be used solely by the Emperor as well as his personal bodyguard and retinue. It is the largest door in the Hagia Sophia and has been dated to the 6th century. It is about 7 meters long and Eastern Roman sources say it was made with wood from Noah’s Ark.

At the northwest of the building, there is a column with a hole in the middle covered by bronze plates. This column goes by different names; the perspiring column, the wishing column, the sweating column or the crying column.

The column is said to be damp when touched and have supernatural powers. The legend states that since St. Gregory the Miracle Worker appeared in the column in the year 1200, the column is moist. It is believed that touching the moisture cures many illnesses. 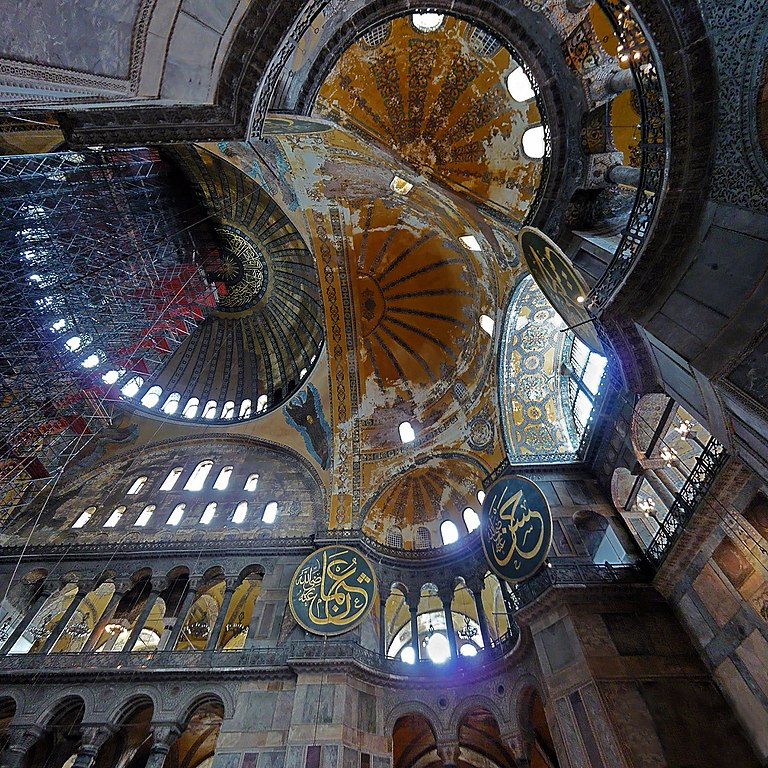 The first mosaics which adorned the church were only completed during the reign of Justin II. Many of the non-figurative mosaics in the church come from this period. Most of the mosaics, however, were completed after the end of the Byzantine Iconoclasm of 800 AD. 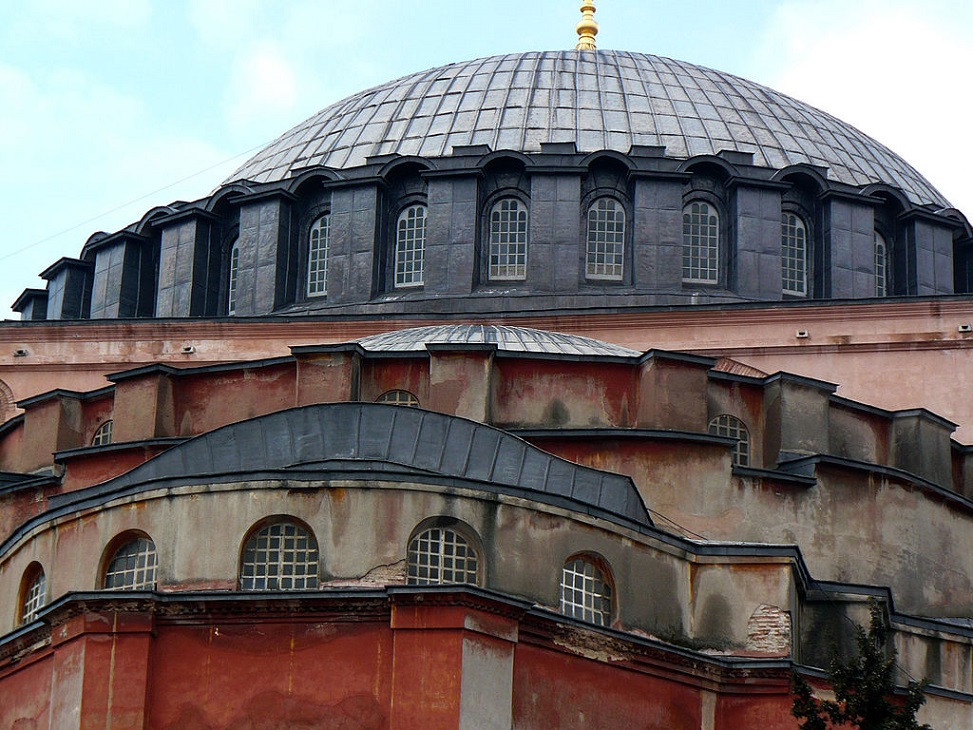 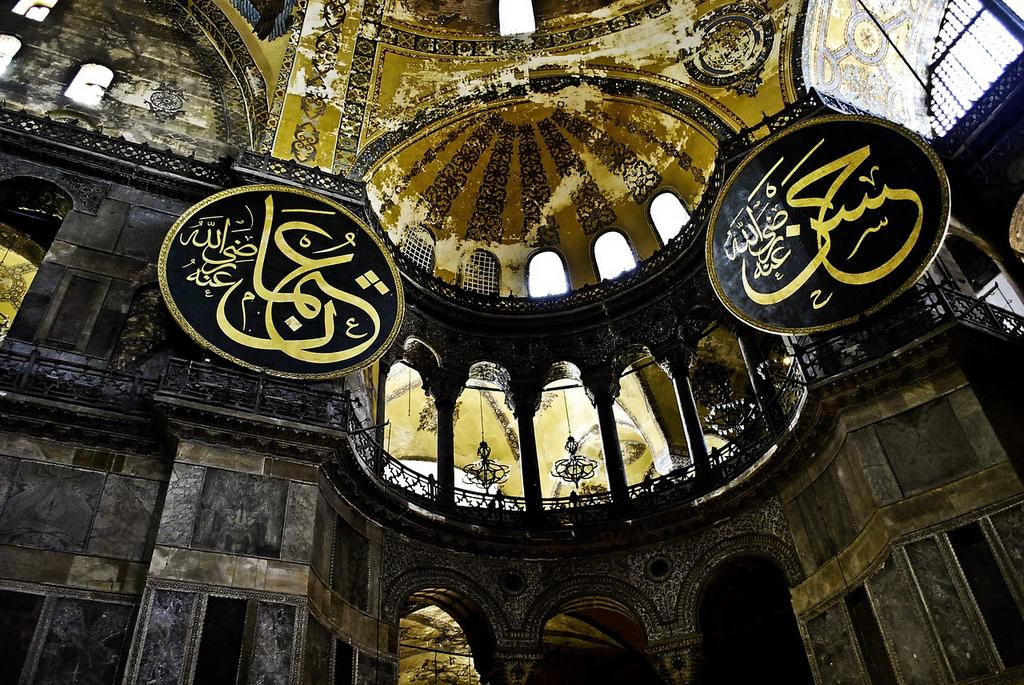 Hotels like the Hagia Sophia Old City Hotel provide an excellent locational advantage to visitors looking to see the museum. Seven Hills Hotel is another special class hotel just around the corner from the museum which offers warm customer service.

The sockets here are type F. If you are from the U.S., you will need a travel adapter. The standard voltage is 220 V. Those from Asia and Europe do not need a transformer for their devices. However, those visiting from other parts of the world, need to increase the voltage with a step up transformer.