Istanbul is located in Turkey. It is the most populous Turkish city and a center of commerce for the entire country.

The city was founded during the time of the Byzantium Empire. Istanbul is a transcontinental city, situated on the Bosphorus Strait, which separates Europe and Asia.

The Sea of Marmara and the Black Sea also wash its shores. The commercial and the historical centers of the city lie on the European side. However, the third part of city’s population lives on the Asian side.

The region was part of the Silk Road during medieval times. That has played a major role in its popularity as a cultural center and the fact that it is a global city.

It has become one of the most popular tourist destinations around the world. Its historic center is the biggest attraction and also makes Istanbul a UNESCO World Heritage Site.

Things To Do In Istanbul 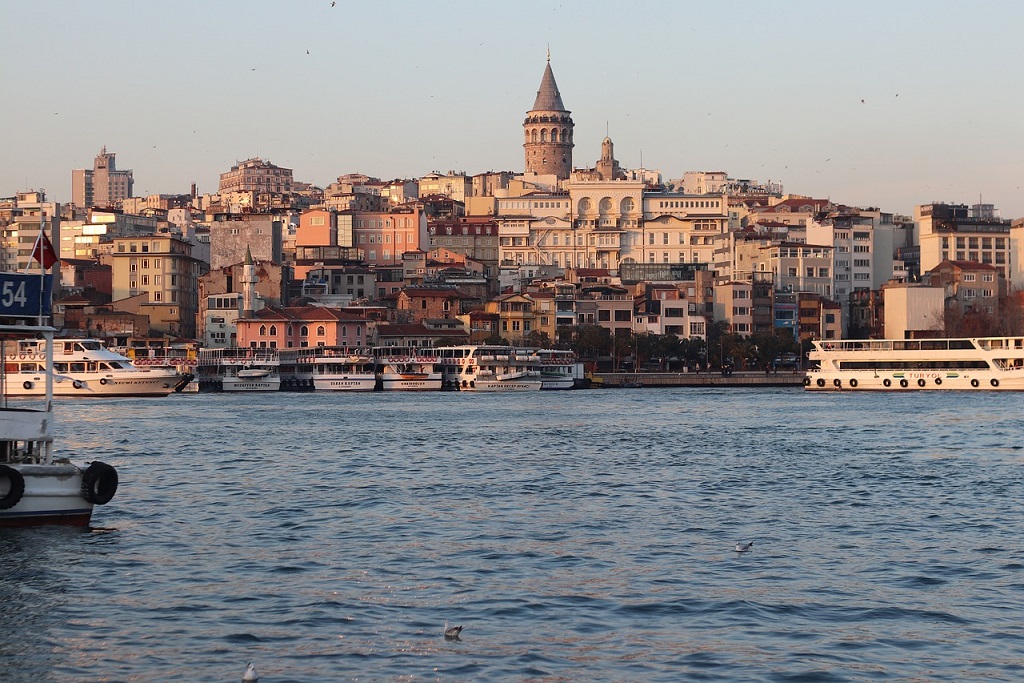 Istanbul is one of the largest and most inhabited cities in the world. It’s also a place where East meets West, Europe meets Asia, and the Orient meets the Mediterranean.

You’ll always find something interesting to do in Istanbul, even for free, if you are a traveler on a budget.

TAKE A LONG WALK ALONG THE BOSPHORUS

It sometimes seems that Istanbul is surrounded by the sea. You can enjoy the salty air of the Bosphorus in many parts and districts of the city.

So put on comfortable shoes and enjoy the walking day along the seaside, get a breath of fresh salty air and exercise your body, without paying a single penny!

Istanbul offers a broad range of museums for art and culture lovers. Also, some of them are completely free of charge, which is the most suitable for budget travelers.

Among most popular, are Istiklal Street in Misir Apartmani, Galeri Zilberman, Galeri Nev and Galeri Non. If you are into art, you definitely can’t miss Sanat Limani (Art Port), a new warehouse space.

If you happen to be in Istanbul on Thursday, take a chance and visit Istanbul Modern Museum in Tophane, when it is free of charge. Photo gallery and the temporary exhibitions show modern works from all over the world.

The halls of permanent collections not only show paintings and sculptures but also give their visitors a stunning view of the Old City.

LISTEN TO SOME MUSIC

Street performers are the essential part of any city’s culture. In Istanbul, you are sure to find them on Beyoğlu, the Istiklal Street, where they play live music during warm months and in good weather.

During summer, you also have a chance of catching one of free music concerts, held at Taksim Square, underneath the Galata Tower, and in small parks.

Orient is famous for its markets, and Turkey is no exception. The Grand Bazaar is the most popular market in Istanbul. It offers fabulous handmade carpets, ceramics, lamps, pashminas, and clothes.

Surely, if you are a budget tourist, you probably won’t be able to buy anything, especially that goods on the Grand Bazaar can be over-priced, but you can always stroll along the rows, soaking the spirit of an oriental market.

Of course, you should be prepared to see a lot of tourists on the Grand Bazaar.

If you are looking for more authentic experience, go to Kadikoy, the Istanbul’s largest food market, situated in the Asian part of the city. You will find a huge variety of fruit, vegetables, dried fruit, nuts and fish there.

You also shouldn’t miss the Spice Bazaar, second largest covered market in Istanbul. There are spices of all kinds, dried fruit and nuts, famous Turkish coffee, tea and even Turkish delights!

Go outside of downtown to explore old Albanian fishing villages, located along the coast of Bosphorus, with wooden Ottoman houses and a peaceful atmosphere. It’s a perfect place to relax, organize your thoughts and have a little adventure.

Places of interest include the natural harbor The Golden Horn. It is a cultural hub. If you are in the region, make sure to visit Istanbul Archaeology Museums, the Pera Museum, and the Grand Bazaar.

Istanbul is famous for its nightlife, as well as its historical taverns. While the Istiklal Avenue, originally known for its taverns, has shifted towards shopping, the neighboring Nevizade Street is still filled with taverns, pubs, and wine houses. Other nightlife spots in the city are Nişantaşı, Ortaköy, Bebek, and Kadıköy.

Seafood restaurants also make Istanbul famous. You can find them along the Bosphorus and the Sea of Marmara.

The Prince Islands, situated 15 km away from the city center, are a popular vacation destination, particularly due to their seafood restaurants, along with historical summer mansions, car-free streets, and the tranquility.

Istanbul is a popular shopping destination as well. It has numerous shopping centers and traditional Oriental markets, such as the Grand Bazaar, founded in 1461. It is one of the world’s oldest and largest markets.

Galleria Ataköy opened in 1987 and ushered in the age of modern shopping malls. Since then, shopping malls have become major shopping spots in Istanbul.

How to Get Around in Istanbul

Your Turkey trip begins in Istanbul. That said, it is a huge metropolis and you may be wondering how to get around in Istanbul?

If you don’t like to walk and taxis are too expensive for you, Istanbul offers you a wide choice of public transportation. You can choose whichever is more convenient for you.

You need to make sure that the bus goes in the right direction. Most buses operate from 6 am till midnight, with reduced amount of buses on the route after 10 pm. Some routes are overnight, but the ticket at night costs twice as much as it would during the day.

You can purchase a ticket at major hubs or on board. However, it is better to have an Istanbul Kart, because it offers a 10% discount on each ride.

You can load or recharge it at vending machines in the metro stations, at major bus and tram hubs and ferry docks. These machines accept both cash and credit cards.

These are the yellow minivans, which are essentially shared taxis. However, they each have their set routes. Dolmus’ are one of the most widely used means of transportation. Plus, they can carry up to 8 passengers. They are cheaper than taxis but more expensive than buses.

Furthermore, they run from early morning until early evening. The dolmus leaves its terminal only when it is full. It then drops and picks up passengers along the way. When you board, you should tell the driver your destination and ask about the price. It is usually 3-5 Turkish Liras for a short distance.

Istanbul’s underground system is still under construction, but it already covers a big part of the city. It is open from 6.30 am until midnight, and you need a jeton (plastic token) to enter.

You can buy jetons at the ticket window, outside the turnstile. If you have an Istanbul Kart, just plug it into the turnstile receptacle, and the necessary amount will be charged automatically.

The over-ground tramway of Istanbul is an ideal way to get around between Gülhane Park by Topkapı Palace, the Grand Bazaar at Beyazit-Kapalıçarşı and Sultanahmet for Aya Sophia and the Blue Mosque.

There are also two funiculars, which connect Beyoğlu with Fatih, across the Golden Horn. Plus, at Zeytinburnu you can switch to the metro and get to Atatürk Airport.

The ferry is water transport that will get you to the specified destination within the city. Whereas, the sea bus is an intercity kind of transportation.