A UNESCO World Heritage Site, the site of Delphi in ancient Greece was the important Oracle of the God Apollo. The Delphi has two parts: The Eternal Flame (the temple) and the center of the Universe (Hestia).

In ancient times it was the site of the most important oracle of the god Apollo. Delphi was revered throughout the Greek world as the site of the Omphalos stone, the center of the universe. In the inner Hestia (or hearth) of the Temple of Delphic Apollo, an eternal flame burned.

After the battle of Plataea, the Greek cities extinguished their fires and brought new fire from the hearth of Greece, at Delphi; in the foundation stories of several Greek colonies, the founding colonists were first dedicated at Delphi.

Things To Do In Delphi

The region of Delphi is typically Greek countryside: mountainous, with narrow roads. It’s nice for hiking and cycling, especially in spring and fall as summer can be really hot.

Make your first stop at the revered temple of Apollo where the oracle and high priestess would prophesize. The ancient theater next to the Temple of Apollo still holds ancient plays and cultural events.

Sanctuary of Athena with the Tholos

Forget about the Olympic games; the ancient Pythian Games took place in the Ancient Stadium in Delphi. On the southern end of the site is the Temple of Tholos or the Sanctuary of Athena where the temple is present.

Just beside the site is an Archaeological Museum which displays marble statues, golden jewelry, coins, and historical artifacts.

Delphi is all about the Hellenic culture and the remaining ruins. The downside is the opening hours of the Sanctuaries. Better arrive early or stay the night before in a place nearby. 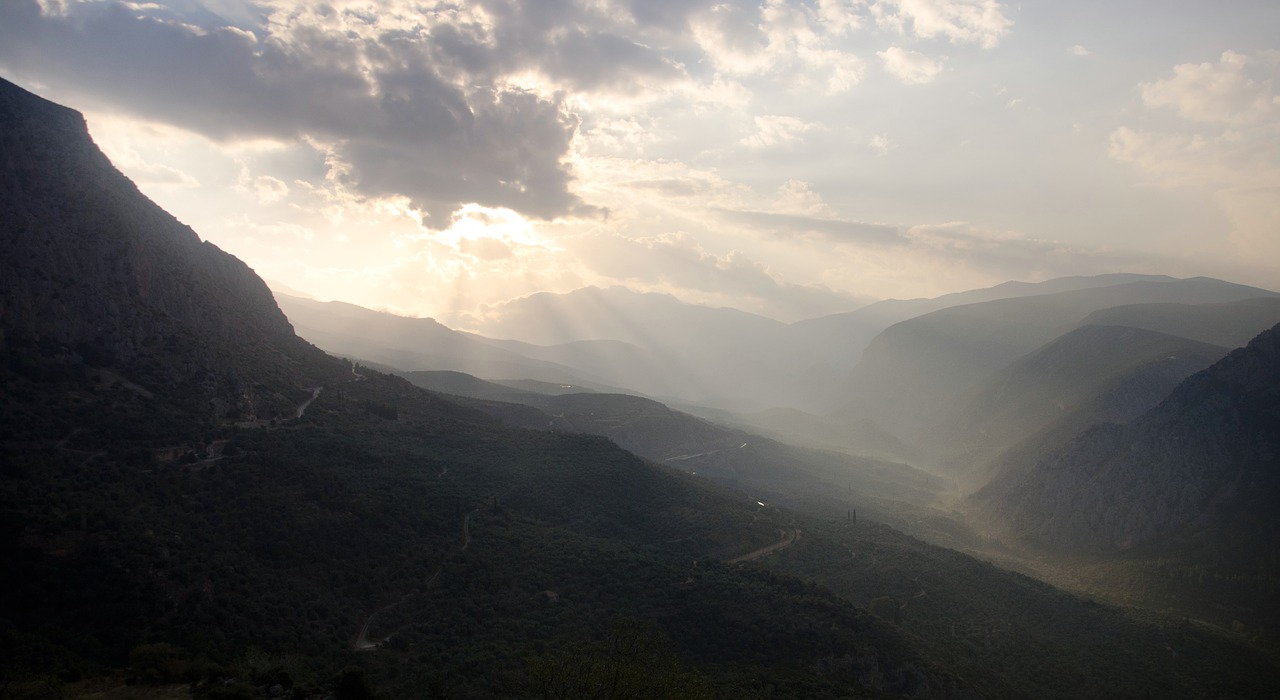 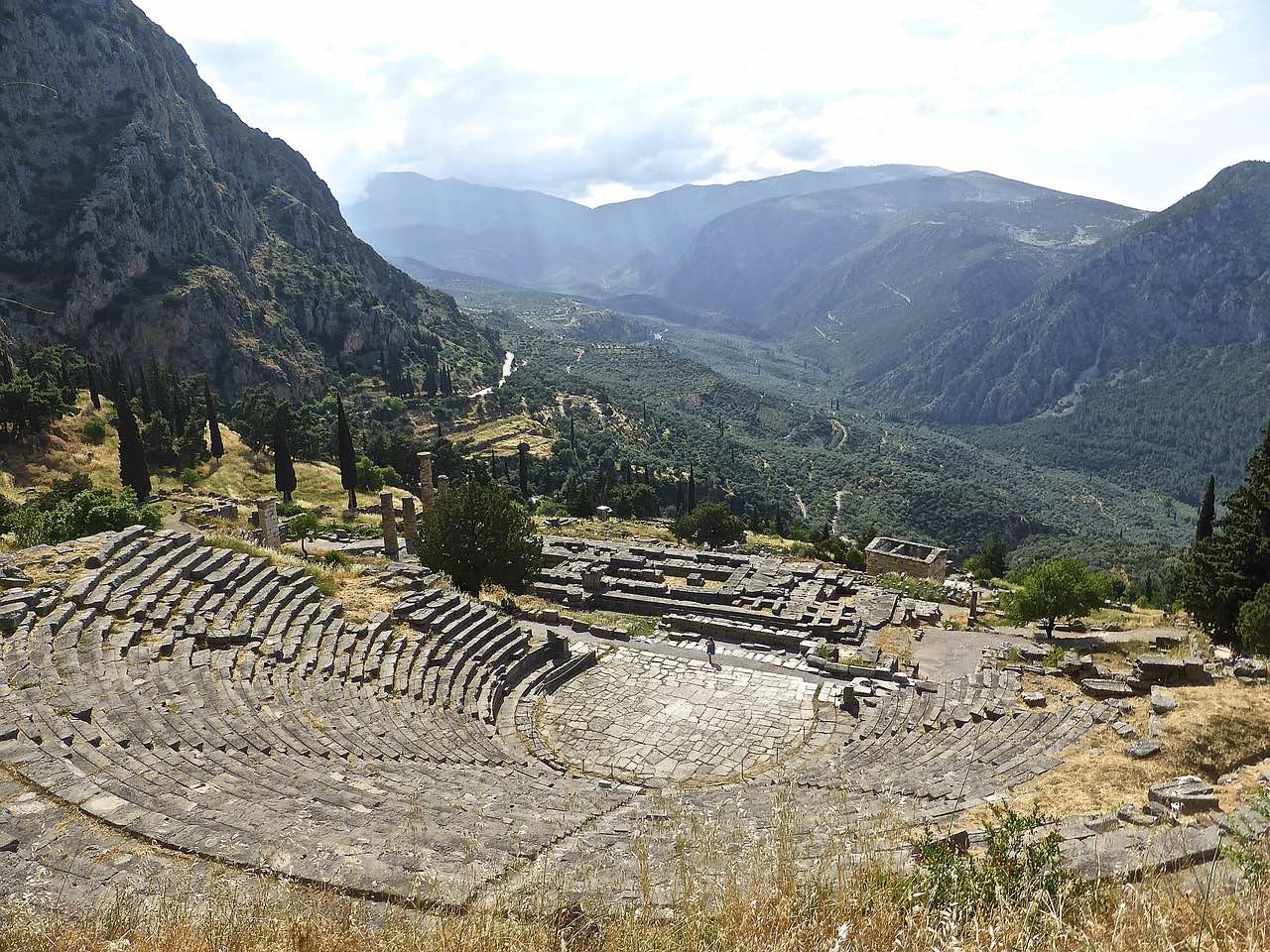 Other nearby places to see 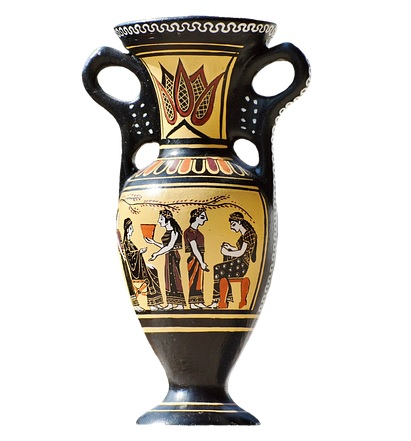 Polytron Art is a ceramic art workshop established at Delphi since 1986. Specializing in museum copies of Greek pottery.

They make authentic and diverse works, that are simultaneously decorative and useful everyday objects since the raw materials used to construct them are completely natural, non-toxic and are food safe. 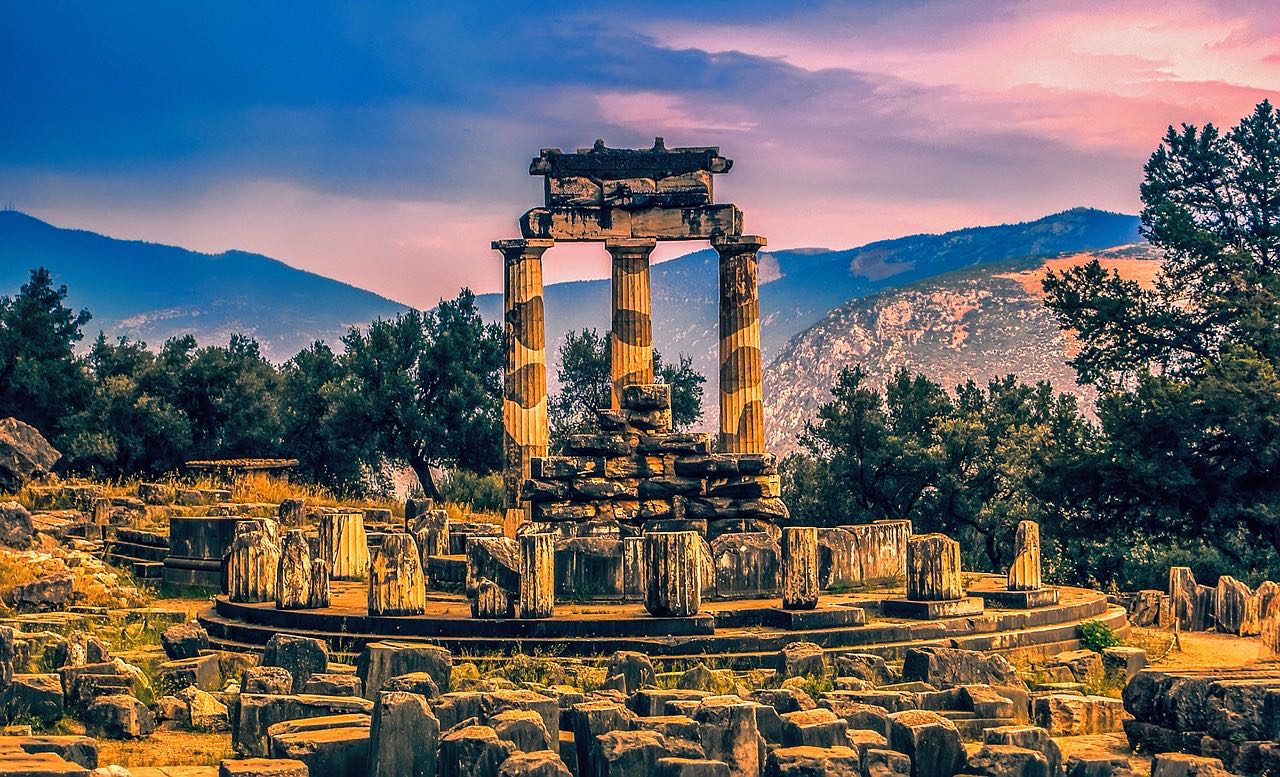 The highlight of Delphi

If you are in Athens then getting to Delphi is no trouble. A bus helps you to reach Delphi. Many companies offer day trips to Delphi from Athens. But the prices are steep. Those who want to save money, please take long-distance buses from Bus Terminal B.

Book tickets ahead of time, as the chances are it might be sold. The tickets hold the seat number, and the journey takes about three hours.

There are several companies offering day trips from Athens to Delphi. To save money, you can easily organize your own day trip utilizing Athens long-distance buses. The journey takes about 3 hours.

Buses leave several times a day from Bus Terminal B. Finding this terminal is a bit tricky, as it is not on the main road and local buses do not stop there. You can take a bus to Liosion Street and get out around number 260. Then walk to parallel street Agiou Dimitriou Oplon.

It is recommended to buy bus (return) tickets to Delphi one day in advance, so you are sure they are not sold out and that you can find the bus terminal on time.

If you plan on making a trip to the islands, then also it is a perfect time for beach-going.

Delphi is small enough that walking is really the only means of transportation required. The museum and archaeological site are both in walking distance from the town. Taxis, however, are readily available.