A Brief Overview of the American Civil War in Photos

On April 9, 1865, Robert E. Lee surrendered to Ulysses S. Grant at the Appomattox Court House in northern Virginia, marking the end of more than four years of hostilities that split the United States in two camps.

Here is a black and white photo story of the American Civil War. 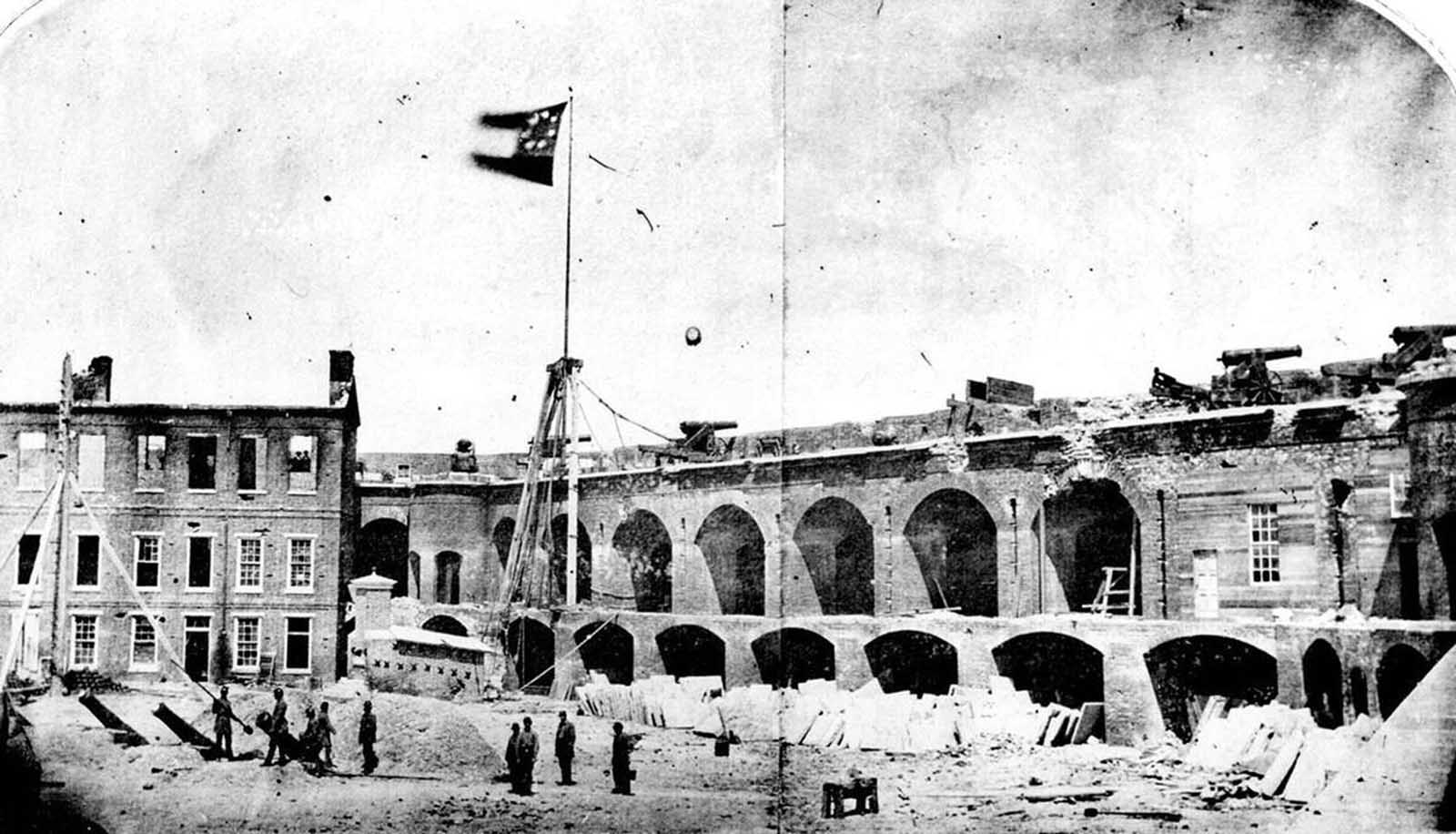 This is Fort Sumter, South Carolina on April, 1861, under the Confederate flag. It is here that The first shots of the Civil War took place, on April 12, 1861, as Confederate batteries opened fire on the Union fort, bombarding it for 34 straight hours.

On April 13, Union forces surrendered and evacuated the fort. Union forces tried to retake the fort throughout the war, but only took possession on February 22, 1865, after Confederate forces had evacuated Charleston.

This picture is of the 150th Pennysylvania Infantry camp, Belle Plain , Virginia  on March 1862, just three weeks before the Battle of Chancellorsville.

War draws blood and American Civil War was no exception. This picture shows the aftermath of  Battle of Spotsylvania in 1864 where the wounded soldiers rest near Marye’s Heights, Fredericksburg, Virginia. 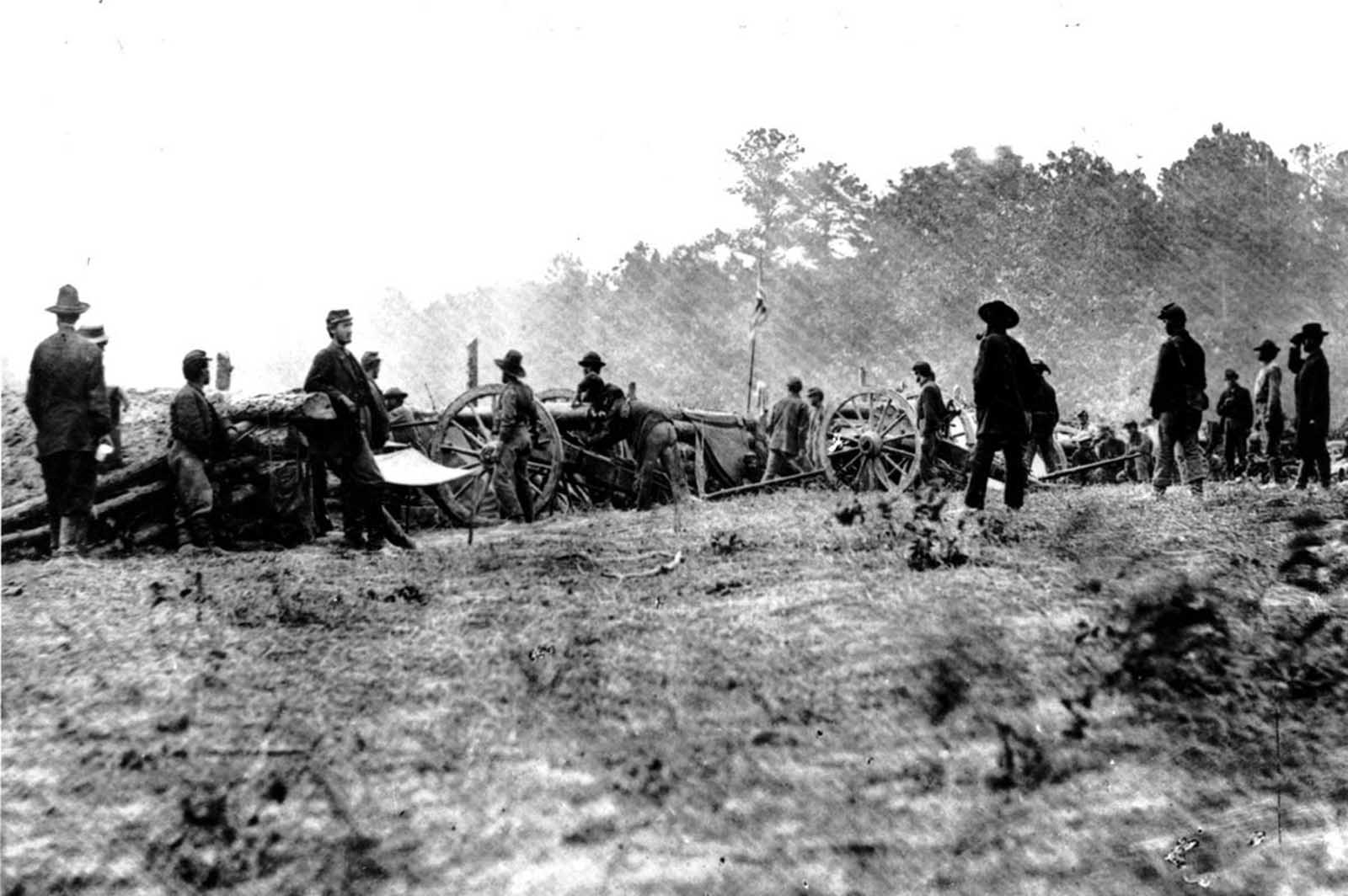 The Battle of Seven Pines also known as the Battle of  Fair Oaks , took place on May 31st and June 1st. This picture shows the Union Forces standing guard against the Confederate groups. 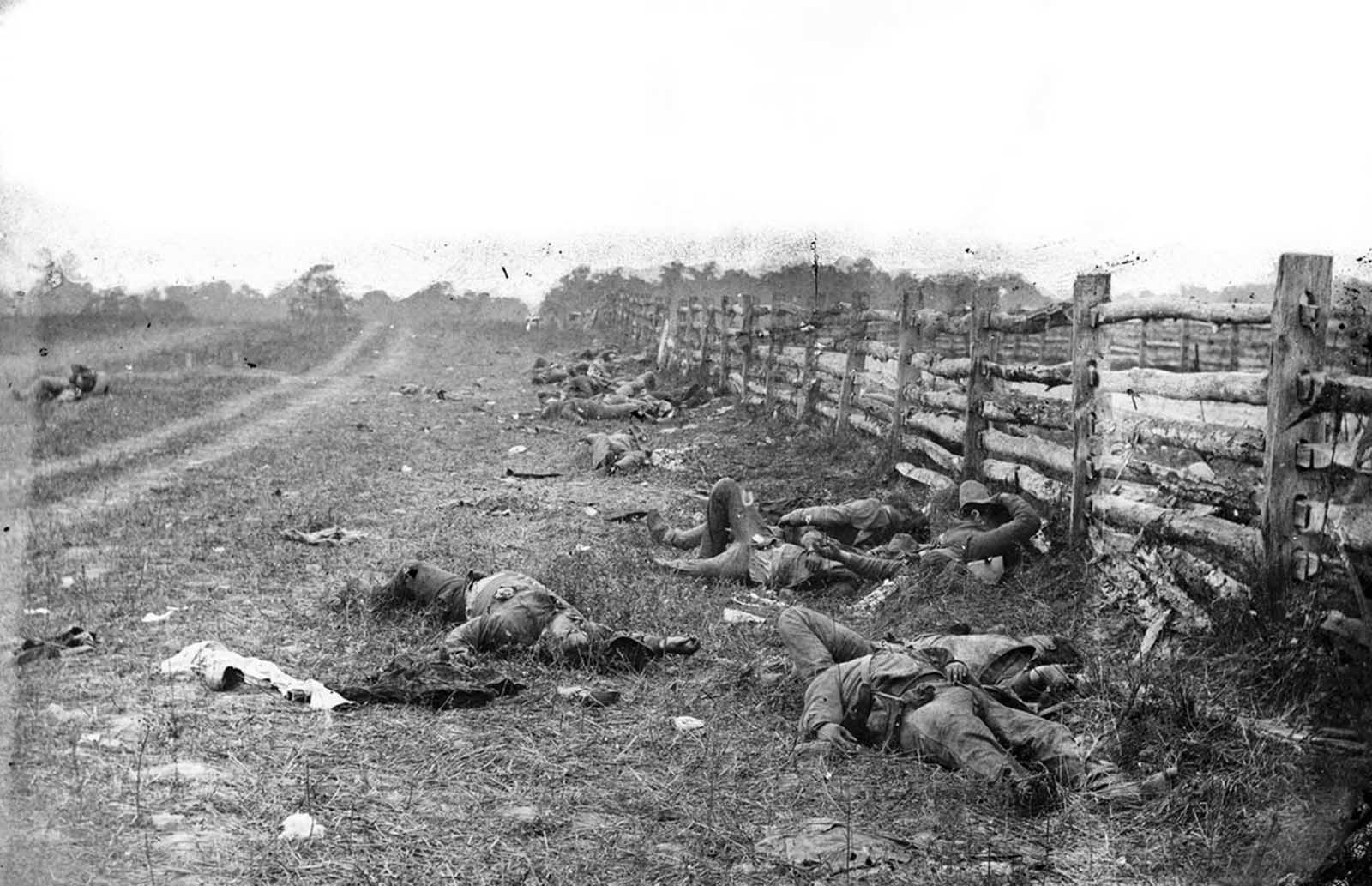 The Battle of Antietam also known as the Battle of Sharpsburg was a battle fought on September 17, 1862. This picture shows the bodies of dead soldiers strewn across the Hagerstown road. 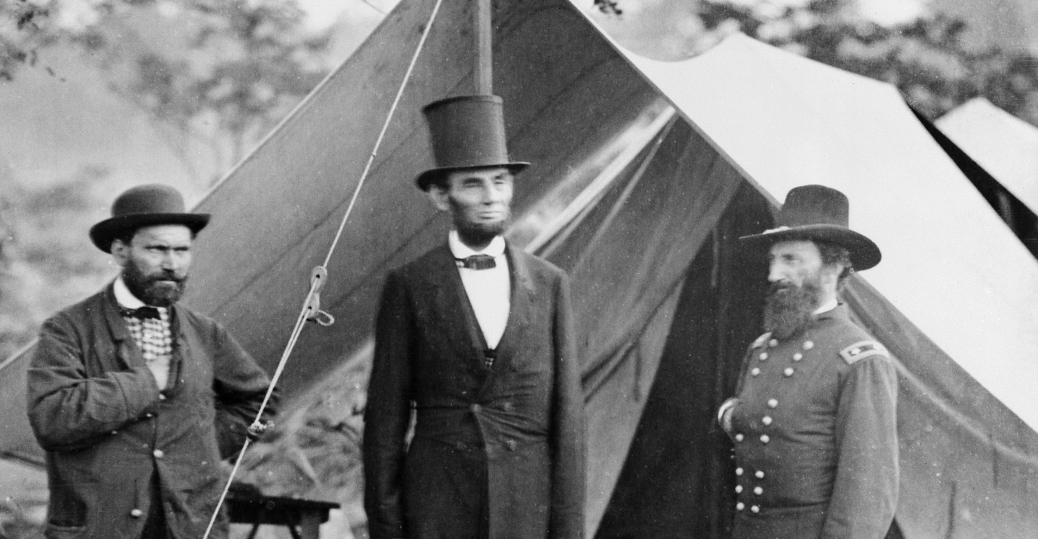 President Abraham Lincoln flanked by Major Alan Pinkerton and General John McClernand at a Union camp in Sharpsburg, Maryland in 1862. 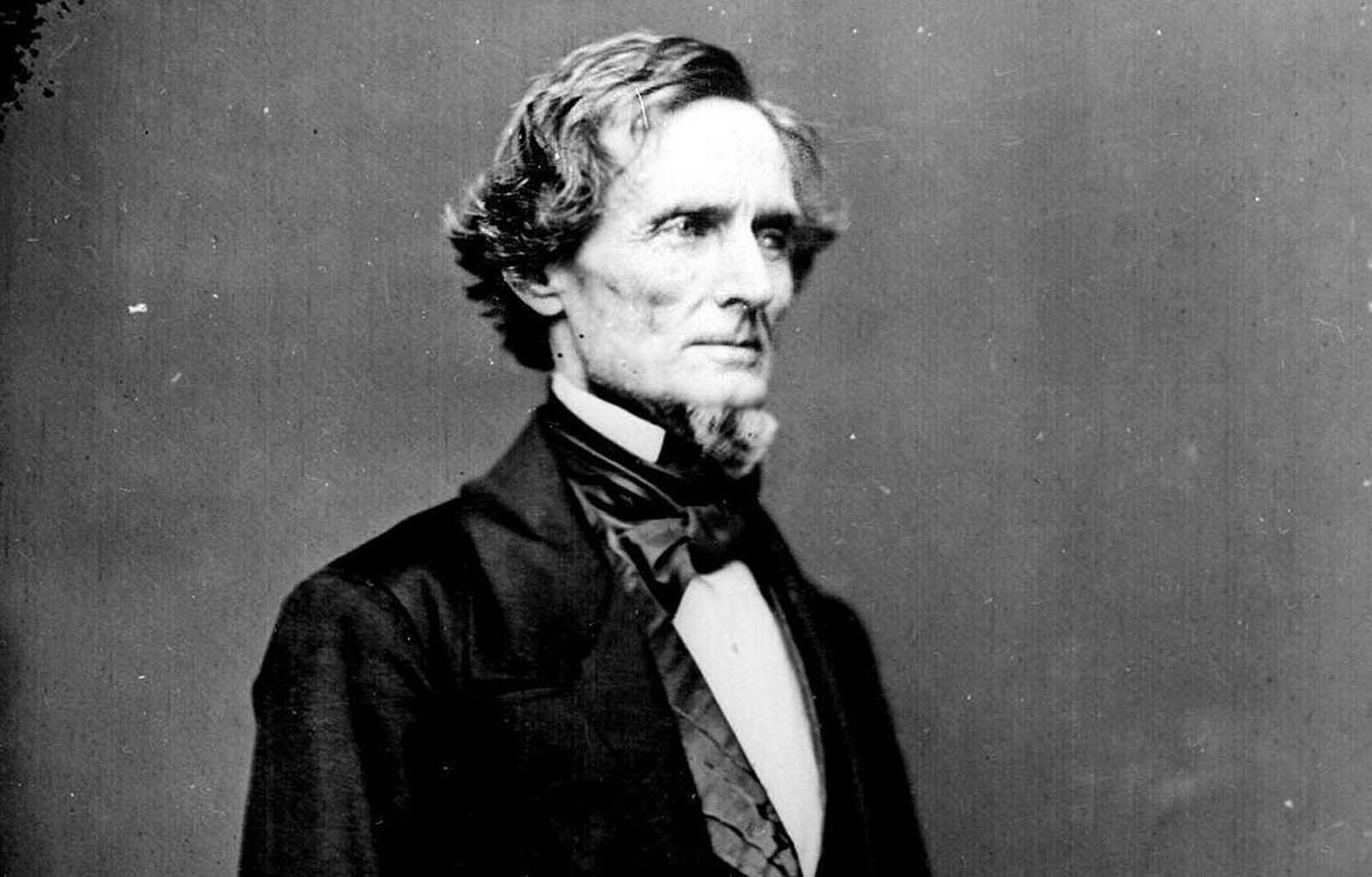 After the American Civil war, he was captured, indicted for treason, and imprisoned for two years — after which he was freed on bail. His case was eventually dropped in 1869, and he lived another twenty years, passing away at the age of 81.

How did such a long war end? It was the surrender of Robert E. Lee, Confederate General to General Ulysses Grant at Appomattox Court House on April 9, 1865 which led to the end of the American Civil war. Above is a picture of  General Robert E.Lee posing for a portrait by Mathew Brady. 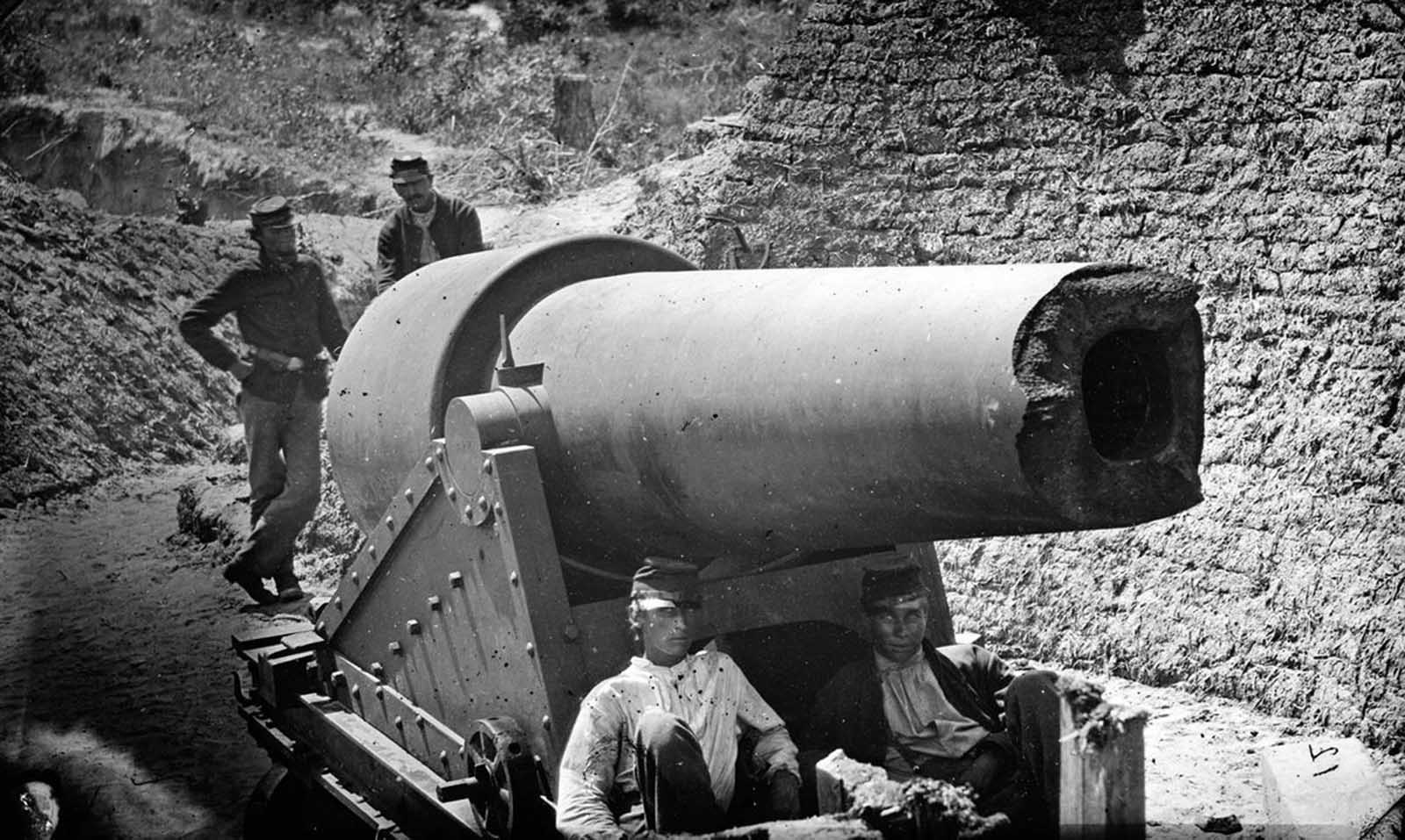 Morris Island, South Carolina. The shattered muzzle of a 300-pounder Parrott Rifle after it had burst, photographed in July or August of 1863 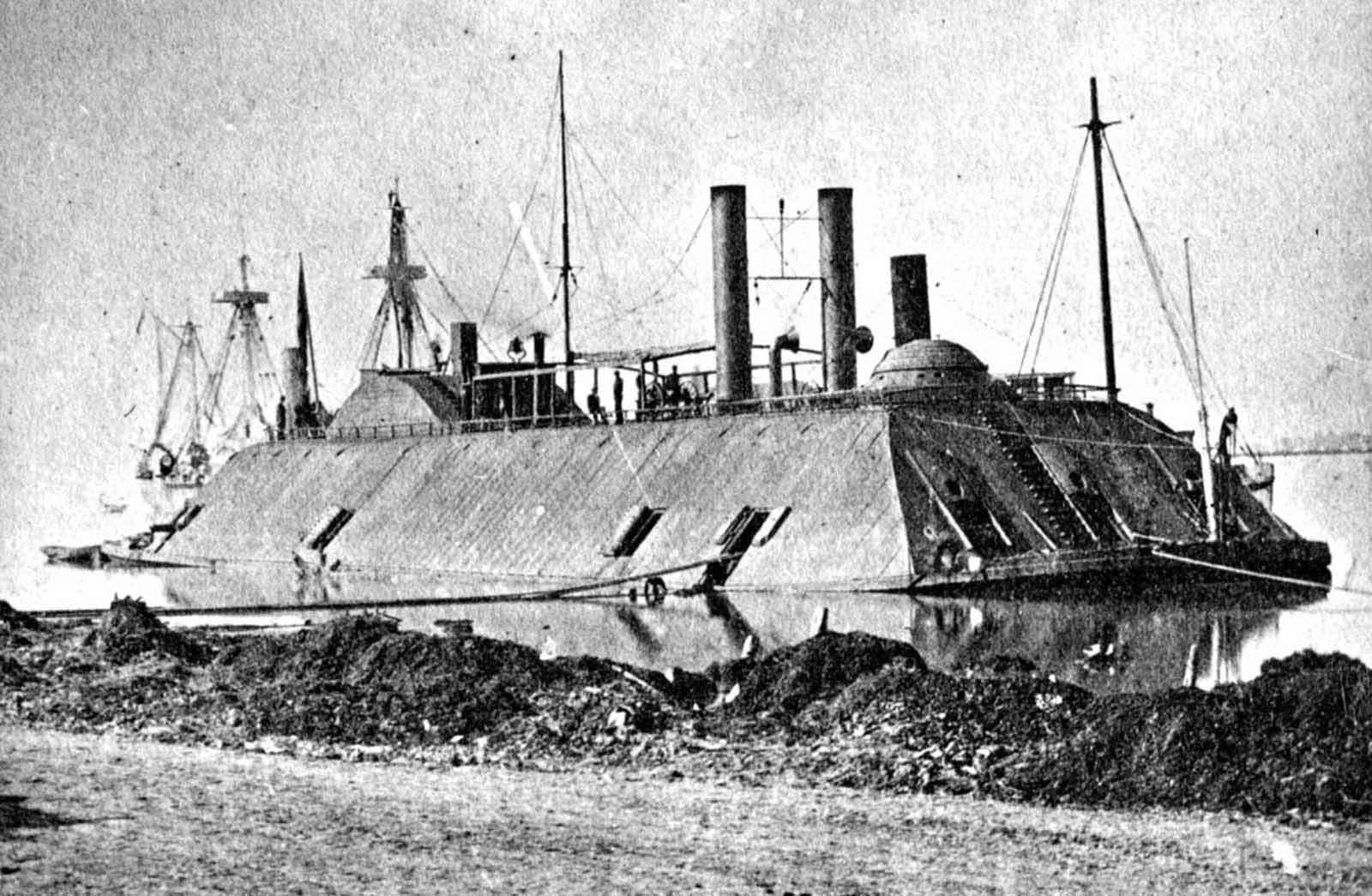 A photo of the USS Essex on  March, 1863. The 1000-ton ironclad river gunboat, originally a steam-powered ferry, was acquired during the American Civil War by the US Army in 1861 for the Western Gunboat Flotilla.

She was transferred to the US Navy in 1862 and participated in several operations on the Mississippi River, including the capture of Baton Rouge and Port Hudson in 1863. 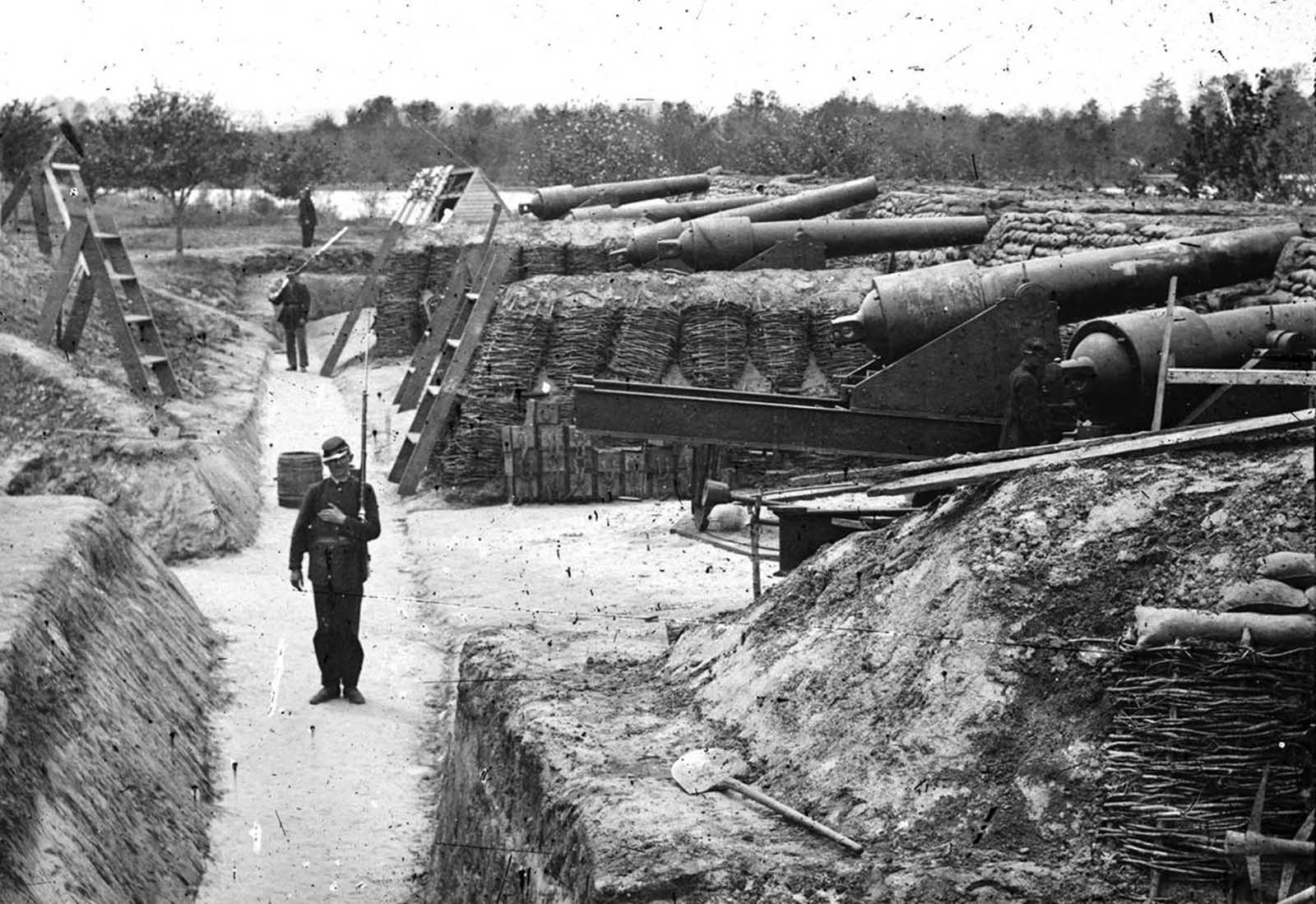 Fortifications at Yorktown, Virginia, during the Peninsula Campaign of 1862. 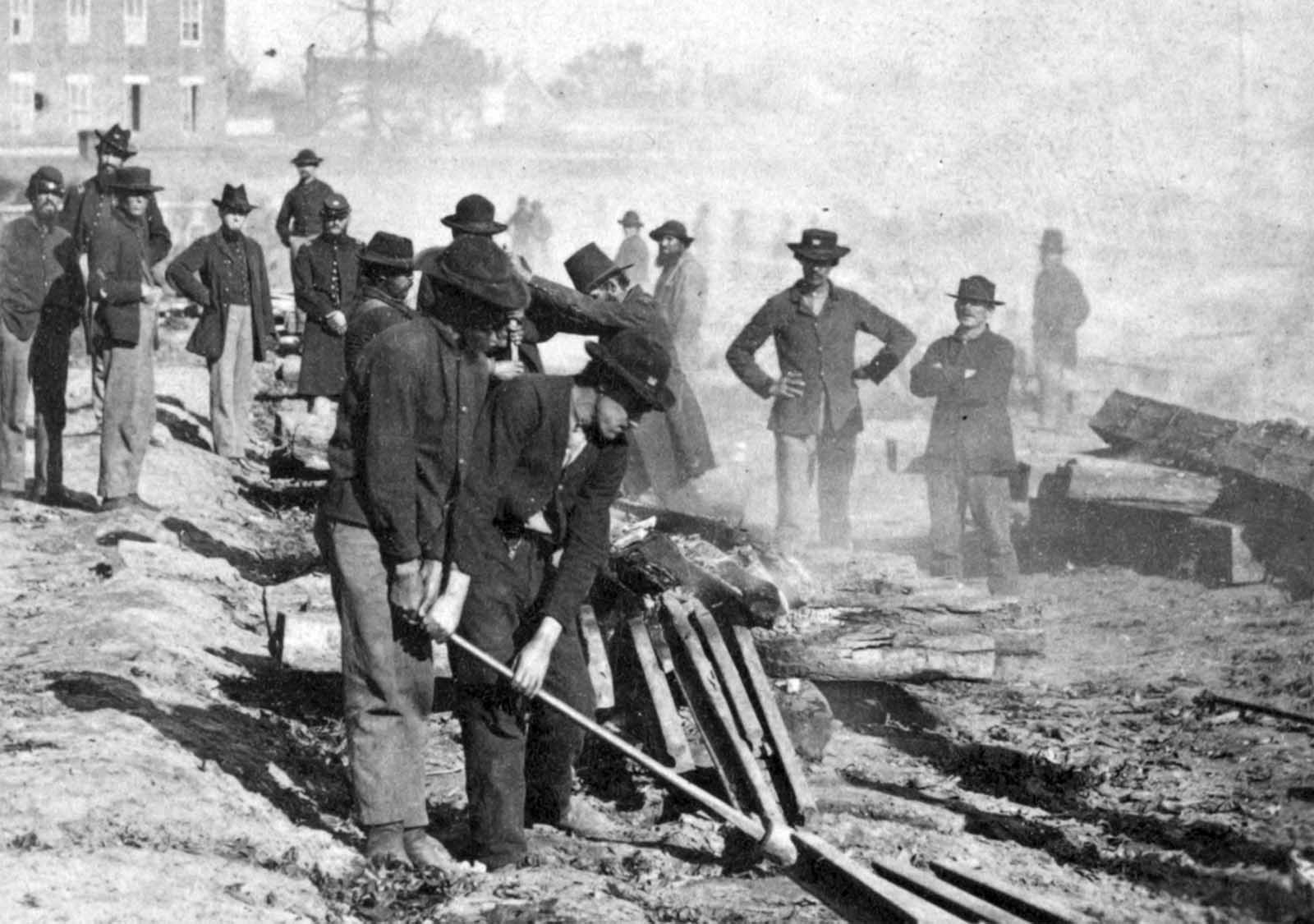 General Sherman’s men destroying the railroad before the evacuation of Atlanta, Georgia in 1864.

A group of Contrabands at Haxall’s Mill, Richmond, Virginia, on June 9, 1865. The slaves that were imported were called as contrabands. 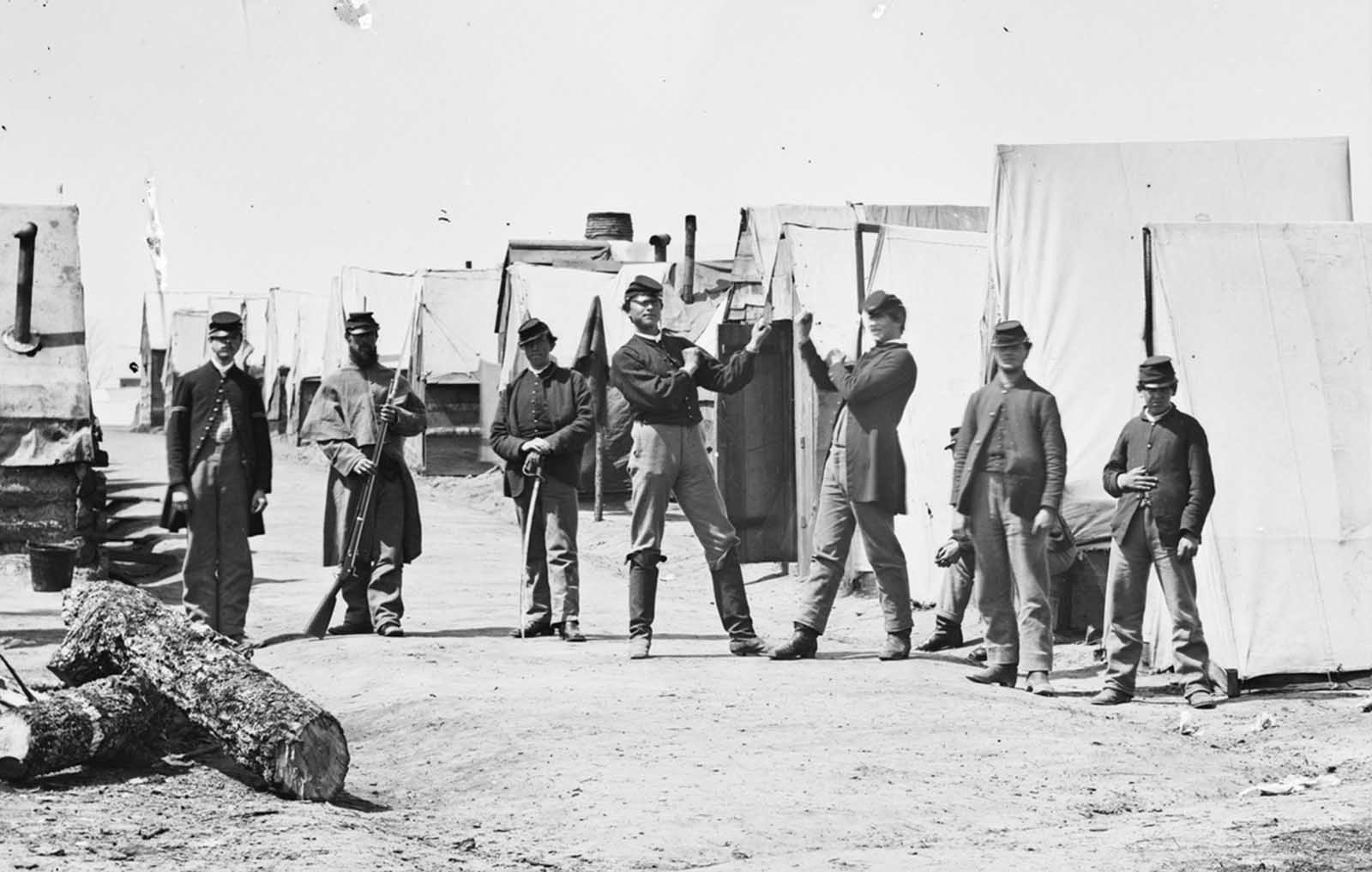 Soldiers boxing in a Union camp in Petersburg, Virginia, in April of 1865.