Seoul is the capital of South Korea as well as its largest city. Almost half of the population of South Korea lives here. The Han River is a prominent water artery that flows throughout the city. In around 18 BCE, Baekje founded the city. Baekje is an ancient nation that lived in southwest Korea.

Seoul is a global city on the rise. Due to its rise in prominence, the city is one of the most popular tourist hubs. It is also the most wired city in the world.

The Lotte Cinema has the largest cinema screen in the entire world. Your stay in Seoul guarantees a peek into the ancient history of South Korea alongside exciting evenings out at the many glitzy nightclubs.

There are several UNESCO World Heritage Sites here, which include Changdeokgung Palace, Hwaseong Fortress, Jongmyo Shrine, Namhansanseong, and the Royal Tombs of the Joseon Dynasty. Most of these are free access to the public.

There are many other tourist spots in the city as well. For example, the Korean 55-km-long Demilitarized Zone to the north of Seoul is one of the world’s unique attractions. It is a buffer zone between North and South Korea, which has existed since the Korean War armistice of 1953. The tourist section includes an underground infiltration route, the 3D Tunnel, shrines, Observatory, park with artwork displays, and the Panmunjeom, where peace talks still take place.

The National Museum of Korea can easily occupy you for the whole day. Using 13,000 different artifacts, the museum tells the tale of Korean history up to the modern day.

Lotte World is the city’s most popular family attraction. It is the largest indoor theme park on Earth, which offers an ice rink, thrill rides, shopping centers and a folk village in three different zones (Adventure, Water Park, and Aquarium). 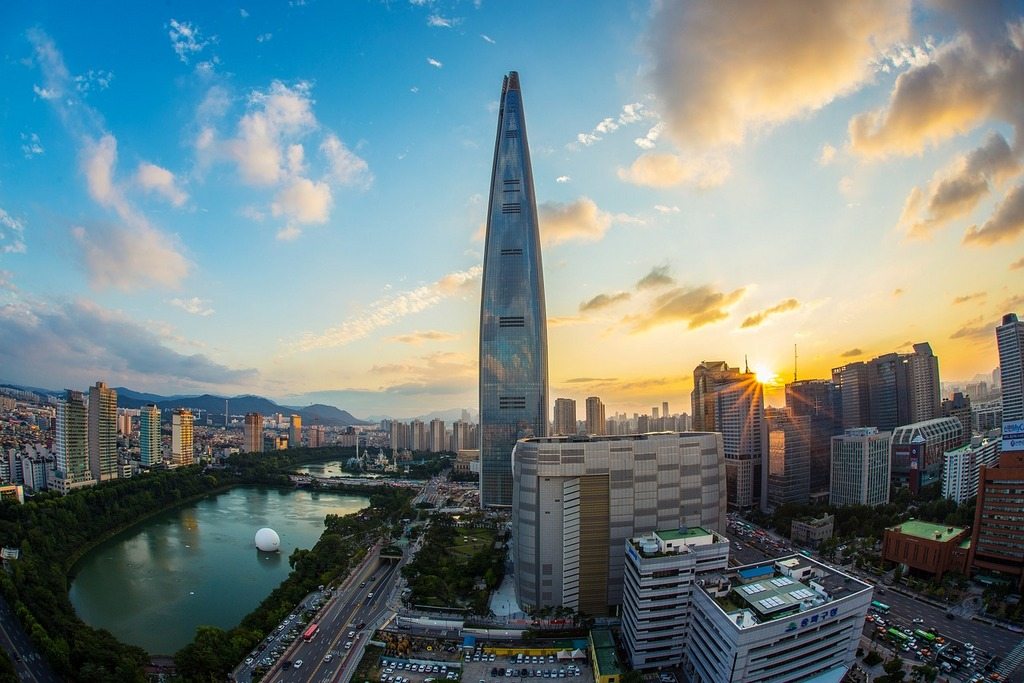 Insa-dong, on the other hand, is Seoul’s most popular district. While wandering through the district you will find art galleries, crafts, antiques, fashion shops, tea houses and free cultural performances every Sunday. You can even watch sweets being made in this part of the city. Dongdaemun Market is a city icon, as well as the largest and the liveliest market in Asia.

No matter what your travel tastes are, Seoul always has something to offer!

The Incheon International Airport is the nearest airport to the city providing train services to Seoul. There are two kinds of trains – the all stop trains (takes longer and cost less) and the Express Services (cost more and are fast). A T- Money card helps travelers to pay for subways and buses.

The summer months witness a soar in hotel prices as well as the temperature. Hence avoid the tourist season and go in March- May. At this time the temperatures are mild, and the costs of everything is low. September to November are also conducive months for traveling to Seoul.

The type C and F sockets abound South Korea. Your travel adapter needs to adjust your plug for that socket type. Standard Voltage in Seoul is 220 V like any other Asian country. Travelers from North America need a step up transformer for appliances working on 110 V.