Manipur, this Northeastern state is multi-lingual and endowed with distinct classical dance, scrumptious cuisine all topped with a traditional aura that fumes like a lighted incense stick in sacred shrines.

Manipur is bordered by blue hills and encases an egg-shaped shaped valley in its center. It also happens to be the birthplace of Polo and is rich in tradition, culture, and art and holds one captivated in its beauty.

Things To Do In Manipur

Shop at Ima Bazaar, Watch Hiyang Tanaba Boat Race, visit Andro, ancient villages, Loktat Lake, the temple at Bishnupur. There are ample things for you to do in this state.

If not just spend your time relaxing in the quaint beauty of mother nature, still unspoiled by urbanization in many places.

This small state has a few cities worth visiting. 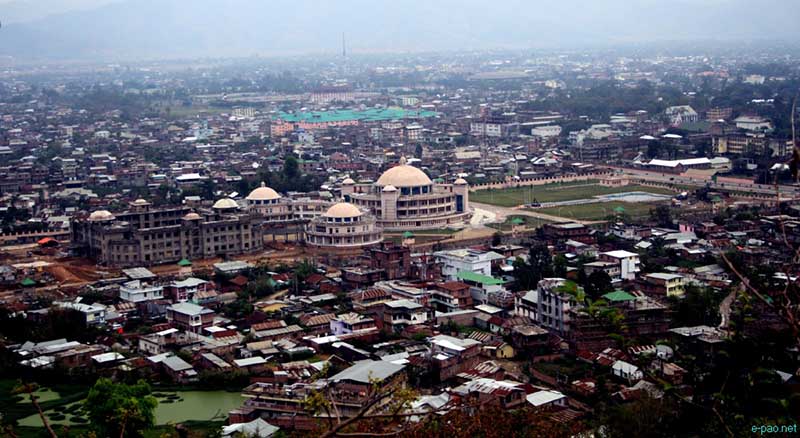 Imphal can be deemed as one of the leading tourist destinations in India because it offers everything from culture to nature, and from wildlife to adventure to all its visitors. The place is bejeweled with glittering lakes and waterfalls you’ll stumble across as you take a tour

Head to the valleys and behold the panoramic views of the surrounding, including important landmarks – 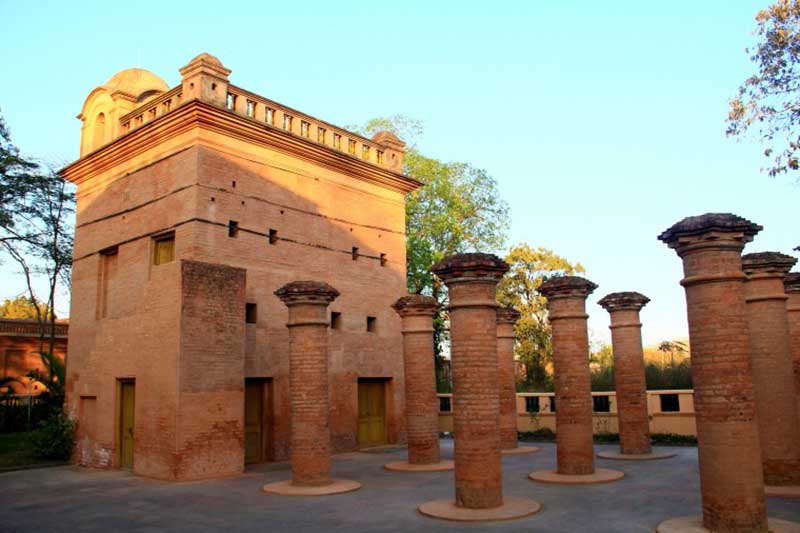 Adorned with lush forests and sprawling grasslands, Bishnupur is a popular pilgrimage destination in Manipur. This holy town has many wondrous temples and relics.

Some of the main temples in this town are – 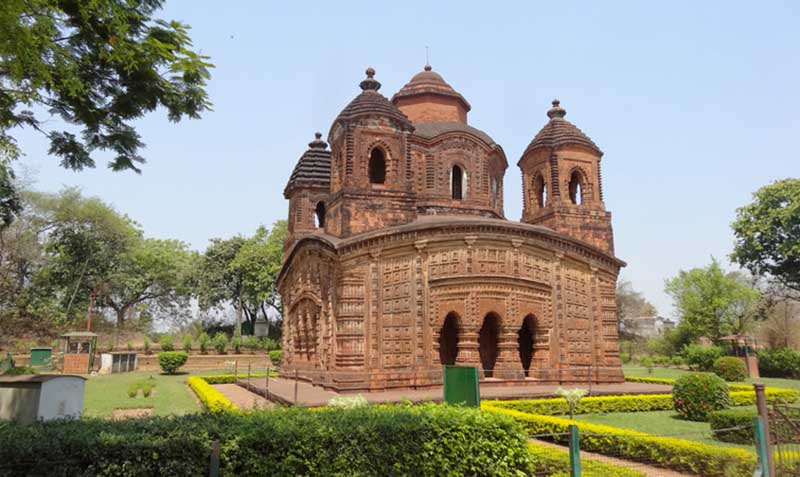 The Ima Bazaar that is almost 100 years old seems to take you directly into the land of the women and is held in Imphal. It is also called the Ima Keithel at the Khwairamband Bazaar. Ima in Manipuri language means mother and thus the whole market is dominated by the female sex.

The vendors are generally elderly financially independent, courageous, spirited and hard working ladies. Roughly about 3000 women put up their stalls at the market and sell just about anything from fruits to clothes, handicrafts etc. You name the article and you find it here. But mind you there is no male running a single stall

Despite its great loss and devastation due to the bombarding by the Japanese, Churachandpur has managed to keep intact its flawless beauty. Even today, the place is ideal for a vacation in Manipur.

Churchandpur is the second largest city in the state and has a deep historical significance. The city preserves a large portion of its rich history in its Tuibuong Tribal Museum.

Photo: A waterfalls at Churachandpur / CC0

Andro is a small village which indeed is one of the most stunning places to visit in Manipur. The pottery craftsmanship of this place is something which has always caught the attention of the visitors.

If you’re a keen traveler, you’d love getting your hands on pottery too. The museum displays a variety of traditional pots, such as Walom, Pudong Makhong, Yukhum, and Ngangkha.

Right here, the revered major general, Paona Brajabashi with his troops fought with British during their reign. The was is known as the Anglo-Manipur War.

Today there is a memorial built in remembrance of the brave fighters, which holds historical importance. The place is perfect for an Indian patriot, or anyone with interest in military and the history of wars. 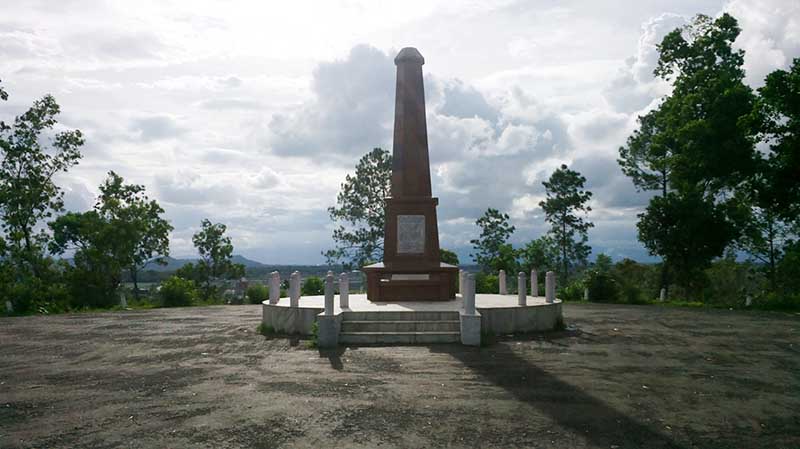 Since Manipur is known for its flora and fauna, there are numerous beautiful spots for you to visit and spend your holiday at.

This quaint little hamlet, Ukhrul is like a breath of fresh air. This is a picturesque destination that reminds one of an English countryside. Ukhrul is also one of the best-hiking destinations in Manipur, as it has trekking trails that are so scenic that you may never want to return.

You will for sure feel thrilled exploring Thoubal, which offers a spectacular view of Imphal city and River Thoubal from its highest point. The beauty of this humble town lies in the aligned bamboo trees, and Louis Lake, where you can enjoy boating.

You can also visit the Thoubal Market to buy some souvenirs, and spend a quality time amid nature in the vicinity of Ikop Lake. 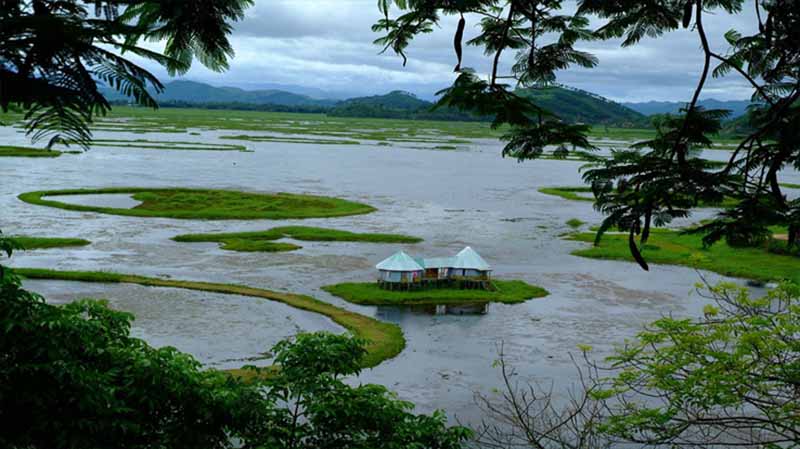 You get the best of both worlds in this paradise, which is also one of the most beautiful Manipur attractions. An early morning trek here is a pure retreat, as the mist-laden grasslands and subtle sunshine greet you along the way.

While exploring the denser regions, you may spot a number of rare animals and birds, so keep your camera ready at all times.

Get lost in the surreal nature in Senapati, a lesser known destination in Manipur. Its scenic landscape adorned with shimmering serpentine streams and rugged mountains make for a place that is no less than a heaven on earth.

Photo: The city of Senapati / CC0

Loktak Lake is also called the Floating Lake of Manipur. It is the biggest Freshwater lake found in North-Eastern India. It has got the name due to the floating diverse masses of vegetation, organic matter, and soil deposited on it. These floating masses are also called phumdis.

What makes Tamenglong a paradise for tourists seeking bliss, is the presence of a delightful mixture of rare herbs, spices, waterfalls, lakes, and meadows. It is a place that many people like to call ‘the land of the Hornbill’ as many species of this exotic bird can be found here. 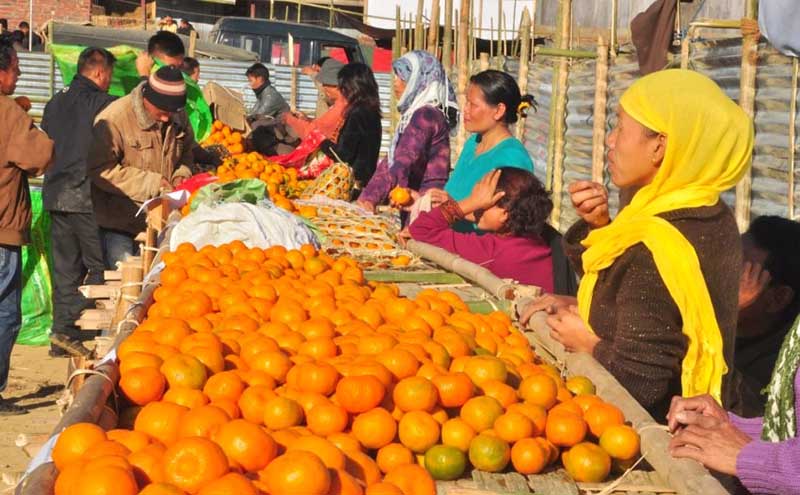 You can spot the unique species of Eld’s deer/Brow-antlered deer which have been listed as endangered by the IUCN at this park. 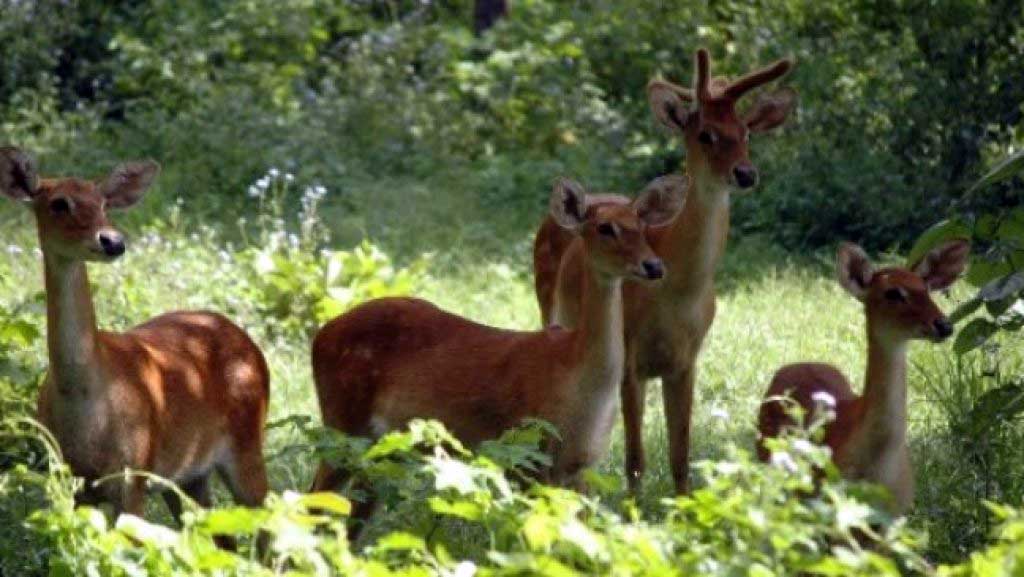 Located in Tamenglong this happens to be more of a lake sanctuary. It consists of different kinds of fishes, migratory birds etc. 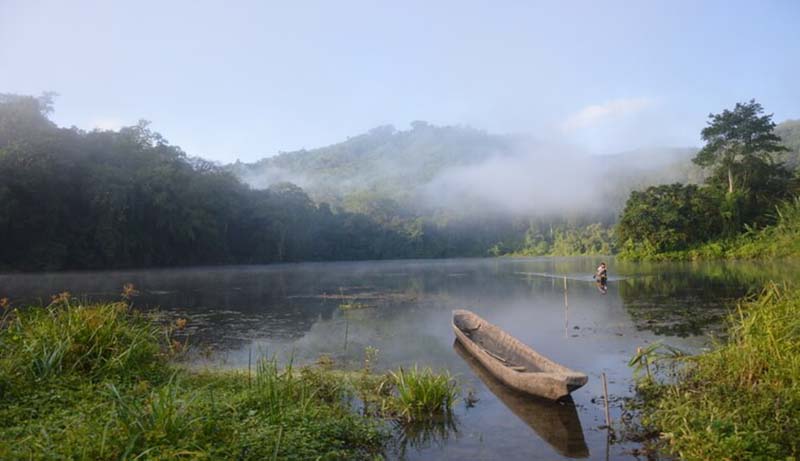 Sports and other activities in Manipur

Manipur’s valleys and hills provide the ideal platform for a range of adventure sports and outdoor activities. From rock climbing to long treks, adventure activities are aplenty. The Sangai Festival in November is a great way to enjoy the great outdoors of Manipur 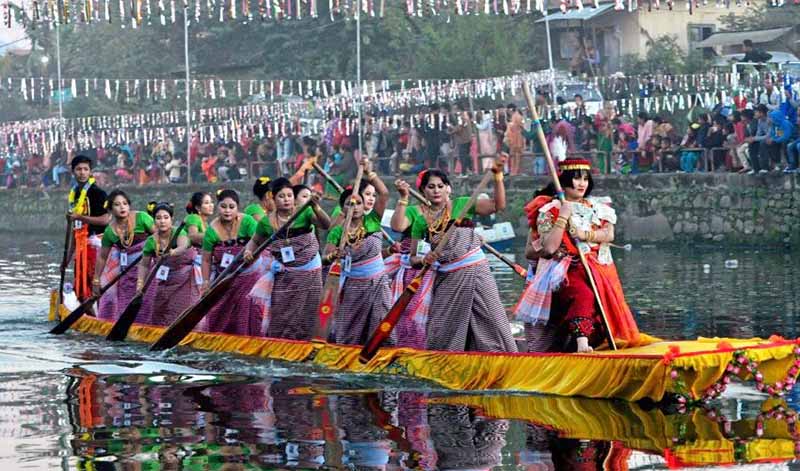 September to April is the best time to visit Manipur although the place has pleasant weather throughout the year. With moderate rainfall in monsoon and chilly but pleasant winters, summers see the maximum number of footfall in summers.

The crafts of Manipur showcase the creativity of its people. Manipur produces a wide range of handicrafts and handloom items. Papier mache, decorative ivory, collectible dolls, bamboo, and cane work are some of the many crafts of this state. In fact, the state is counted as one of the largest producers of bamboo crafts in India. Wood carving, textile weaving, stone carving, block printing, and hand-embroidery.

Cane and Bamboo Crafts of Manipur are widespread due to the wide availability of the raw material. Products include sofa sets, stools, mats, basketry, tray, chairs, tables, flower vases, ashtrays, and many other decorative and utility articles are made out of this craft.

Kauna is a kind of reed that mostly grows in wetlands and marshes. In Manipur, this is used for making mats and cushions. Kauna Crafts are used for local use and for tourist consumption.

Pottery is an acclaimed craft of Manipur being produced by coiled technique. Potteries in Manipur come in different shapes and styles reflecting their socio-cultural background. Pots are handcrafted and painted using different bright colors.

Wood Carving is an art in Manipur developed out of necessity. People of Manipur utilized wood to create different items of their daily need out of this craft such as trays, spoon, drum etc.

Block Printing is a specific handicraft in Manipur. This craft makes hand block printed towels and dresses, among many other items. 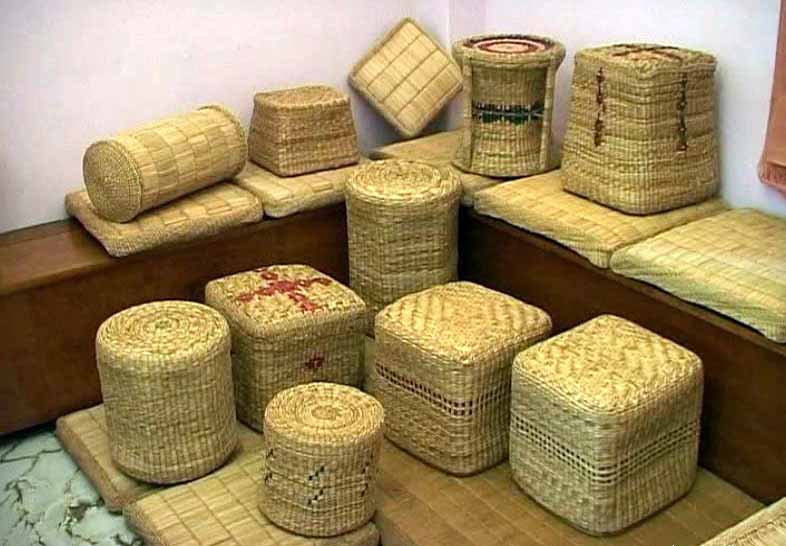 Manipur can be a non-vegetarians delight with a lot of fish dishes along with other forms of meat. 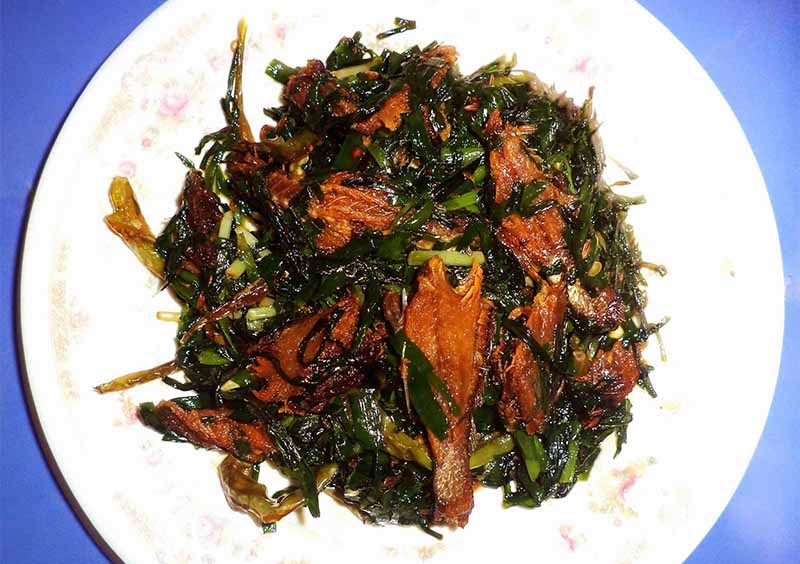 Photo: Non Vegetarians can reakky have a feast at Manipur / CC0

Dimapur Railway Station is connected to the major cities of Nagaland. It is linked with the cities like Mariani, Guwahati, Kolkata, and Kamakhya through Jan Shatabdi Express, Jttn Intercity, and Ghy Intercity.

You can also use the road to get to that state. The First bus from Assam Travel GuideGuwahati (Assam) to Imphal is Non A/C Seater (2+2) by Network Travels departing at 14:30. Trip duration is between 15h to 20h-30m depending on the bus type and operator.

Since tourism is now blooming there are numerous guest houses and hotels which offer a place to stay at in all the major cities.

How Safe Is Manipur

There are multiple competing tribal militias, who extort money from their countrymen, block roads, and occasionally erupt into warfare/killing. Imphal is generally safe (see the UK Foreign and Commonwealth Office website), but other areas should only be visited with good local information, and the word ‘disturbed’ means no-go.