Dharamsala is a hill station in Himachal Pradesh, famed for its large Tibetan community centered around the activities of the Dalai Lama. The word “Dharamsala” literally means an “an inn attached to a temple”.

The Tibetan Buddhist roots of Dharamsala stretch back to the 8th century, although most of the local population remains Hindu.

After falling into obscurity in the early days of Indian independence, Dharamsala regained some social standing in 1959 with the arrival of the Dalai Lama and the Tibetan Government in Exile.

Note: Dharamsala is a very popular hang-out for foreigners and students of Buddhism. Many would say the town, and especially McLeod Ganj is little more than a backpacker ghetto. Don’t come here expecting calm and tranquility.

Things To Do In Dharamsala

Around 11 km from the Dharamsala, it is easily approachable by road from Mcleodganj. Bhagsunag fall has many waterfalls, an ancient temple, numerous slate quarries, and a freshwater spring.

Around 14 km from Dharamsala, this is an ideal place for a picnic near Dharamsala. Situated in the Himalayan mountain range giving an amazing view of the surrounds.

A picturesque hamlet on the outskirts of Lower Dharamsala, perched on the foothills of the snow capped Dhauladhar range of the Himalayas.

Historically inhabited by shepherds of the Gaddi community, the hamlet is slowly attracting visitors who are interested in getting away from the busy tourist hub of McLeodganj in favor of having a closer interaction with the local villagers in a pristine village environment.

Tibetan library, though a small but interesting museum, is located near the Tibetan government office in exile.

This is the largest Tibetan temple outside Tibet and it has a large meditation hall containing some beautiful statues and thangkas, as well as a Kalachakra temple with beautiful murals.

It is the monastery of the Dalai Lama and is located just in front of his residence.

Opposite to Tsuglagkhang, Tibet Museum is a small but interesting museum on the history of Tibet and its people.

Note: Be careful if you decide to take a bath in the upper pools of the waterfall, as there may be shards of glass in the water, possibly thrown there by the villagers to prevent people getting naked and doing “stuffs at night” that are considered indecent.

Located about 4 km from Dharamsala, past Naddi, it’s a sacred pond that is of little yellow color (and hence the name as Daal means Yellow lentil in the local language).

Passes through the snowbound Dhauladhar Range in the Kangra valley. This trek ends at Lamu.

If you are in for a brisk walk, climb the hill beyond Dharamkot to Triund. This hike provides a beautiful view of the first peaks of the Himalayas and a wide view over the plains.

Make sure to wear good shoes, carry water, food, and an extra vest or coat. At the top, even in summer, the weather can change from hot and sunny to cold and cloudy very quickly.

Every year some tourists get themselves into serious trouble this way, wearing only sandals and a T-shirt. If you want to warm up before the Triund trek, try the trek to Guna temple. This is a 9 km trek (one way), through the jungle and is quite a climb.

If you want to do a shorter trek, hire a small car from McLeodganj to Galu Devi. (Note: this is not Guna Devi). From there it’s a 3-hour climb to Triund.

If you plan to stay overnight at Triund, there is a Forest Resthouse. Take a double bedsheet but be aware there is no running water or electricity. A torch is a must. If the Forest house is full, then you can rent a tent.

Meeting (or at least getting to see) the Dalai Lama is the dream of a lifetime for many people, an intensive spiritual experience for Buddhists and a memorable moment for people of other faiths. It’s also very difficult to achieve, so don’t plan on it. It requires a good deal of luck. 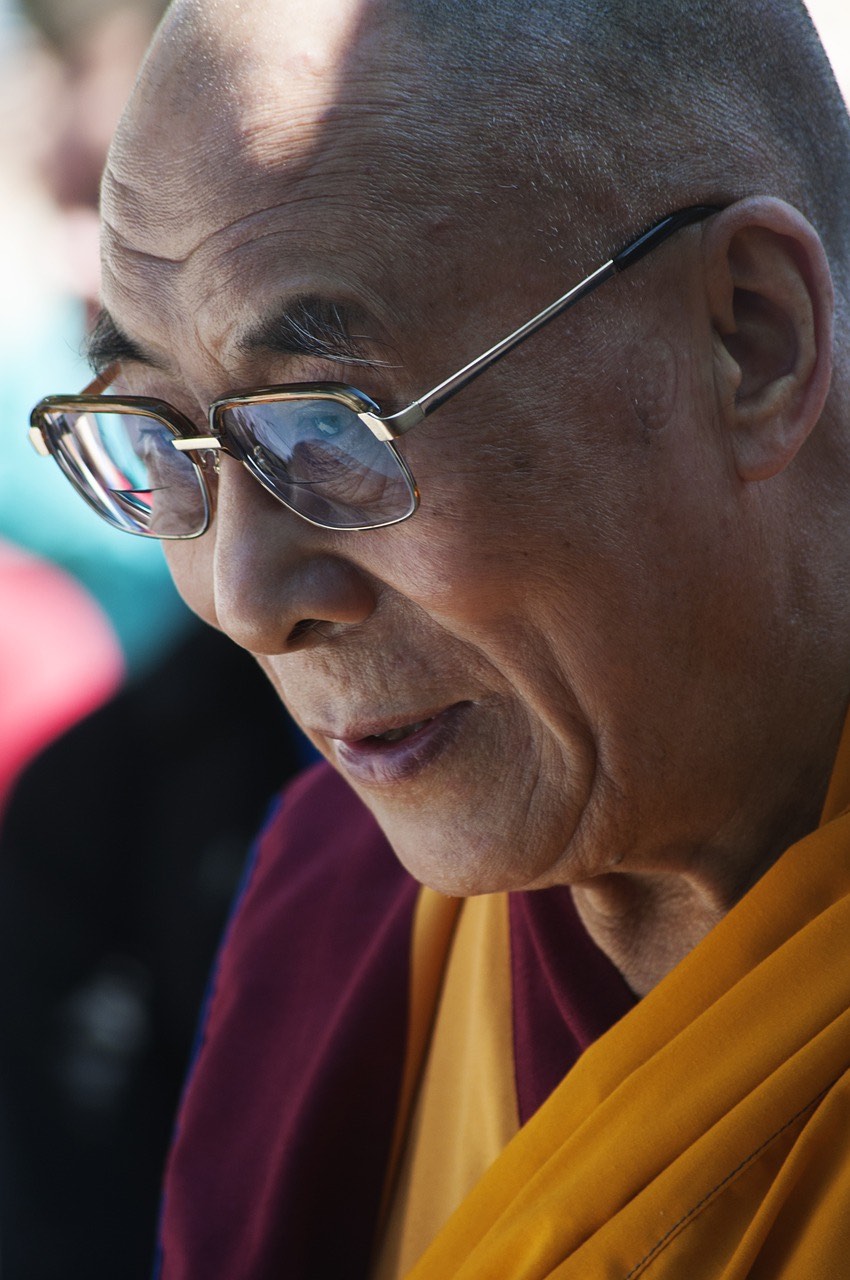 Photo: Meeting the Dalai Lama / The Art of Travel Partners

If you want to give it your best shot, the first thing to do is make sure that His Holiness is in town when you visit. He travels frequently.

His website lists his yearly itinerary and an email to the office will confirm his travel dates. While he does give scheduled public teachings, these are crowded.

There are some that are only scheduled a few days in advance, so keep your eyes and ears open in Dharamsala. The ultimate goal is a private audience. His website says he is no longer giving them. This isn’t entirely true, but you have to have a very good reason or an “in.” Go to the office of his secretary.

The Dalai Lama’s administrative office is in the Tsuglagkhang Complex. When you face his house, which has a gate with Indian guards in front of it, it’s the last door on your right, at the end of the complex.

This office is open all day, six days a week. The man behind the desk will tell you to apply online and give you the website address.

Go to an internet cafe and do it if you haven’t already done it. Note, if the receptionist is there alone, then His Holiness is not giving private audiences.

If a bunch of people are there holding slips of paper with their personal information and their passports, he’s giving private audiences, they usually occur around noon. There is heavy security and you need a reason.

Some people get in as a group, like a documentary crew or a family whose father is a politician. Talk to everyone in Dharamsala about His Holiness, and you’re bound to run into someone who is on his staff or knows someone on his staff.

At the office, drop the name of every person you met. If you are visibly ill, you may get an audience based on that. Granted, this “audience” will probably last the time it takes for him to bless you, which is about 10 seconds. A photographer is provided and you are not allowed to bring your own camera.

To meet the Dalai Lama is something most Tibetans worldwide only dream of so count your blessings if you receive an audience. 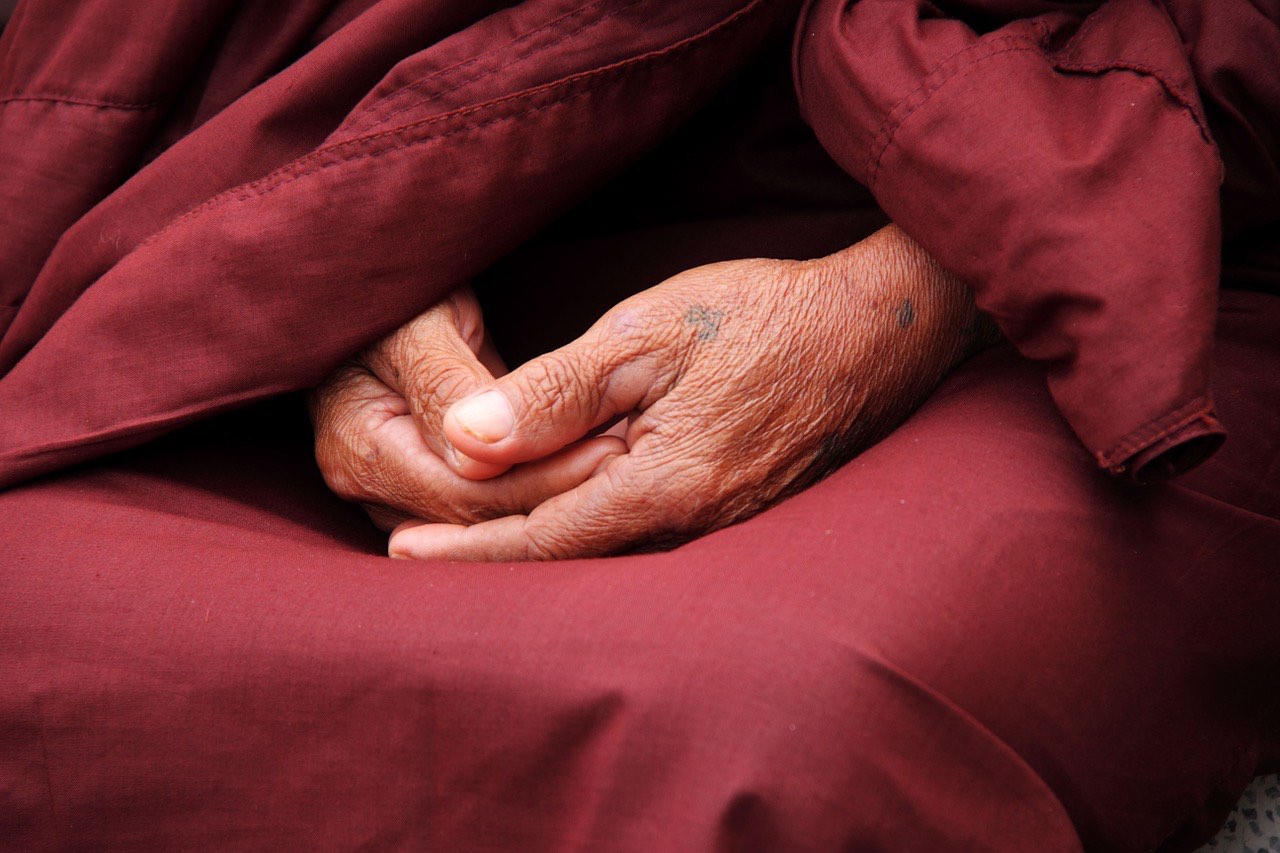 Every year in February–March for ten days or so, and occasionally at other times, the Dalai Lama holds public lectures. Registration at the Tibetan Branch Security Office (near Hotel Tibet) is necessary, preferably 3–4 days beforehand although shorter notice may be possible.

Bring a cushion to sit on, an FM radio with headphones to listen to the simultaneous translation from Tibetan to English, a cup for tea, and an umbrella. The last day of teaching concludes with public prayers, for which no security pass is needed. 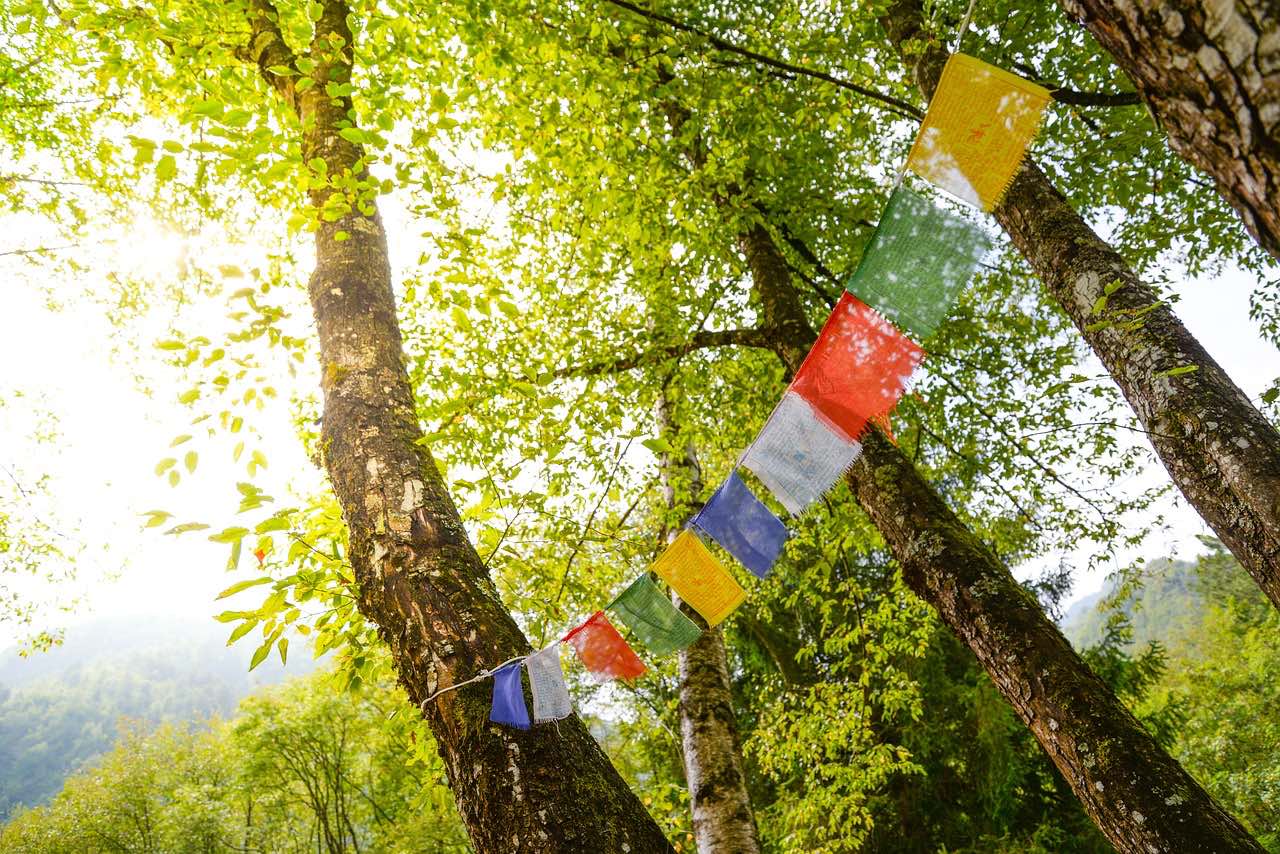 17th Karmapa is the Dalai Lama’s alternative residence at the Gyuto Tantric University in the town of Sidhbari near McLeod Ganj. 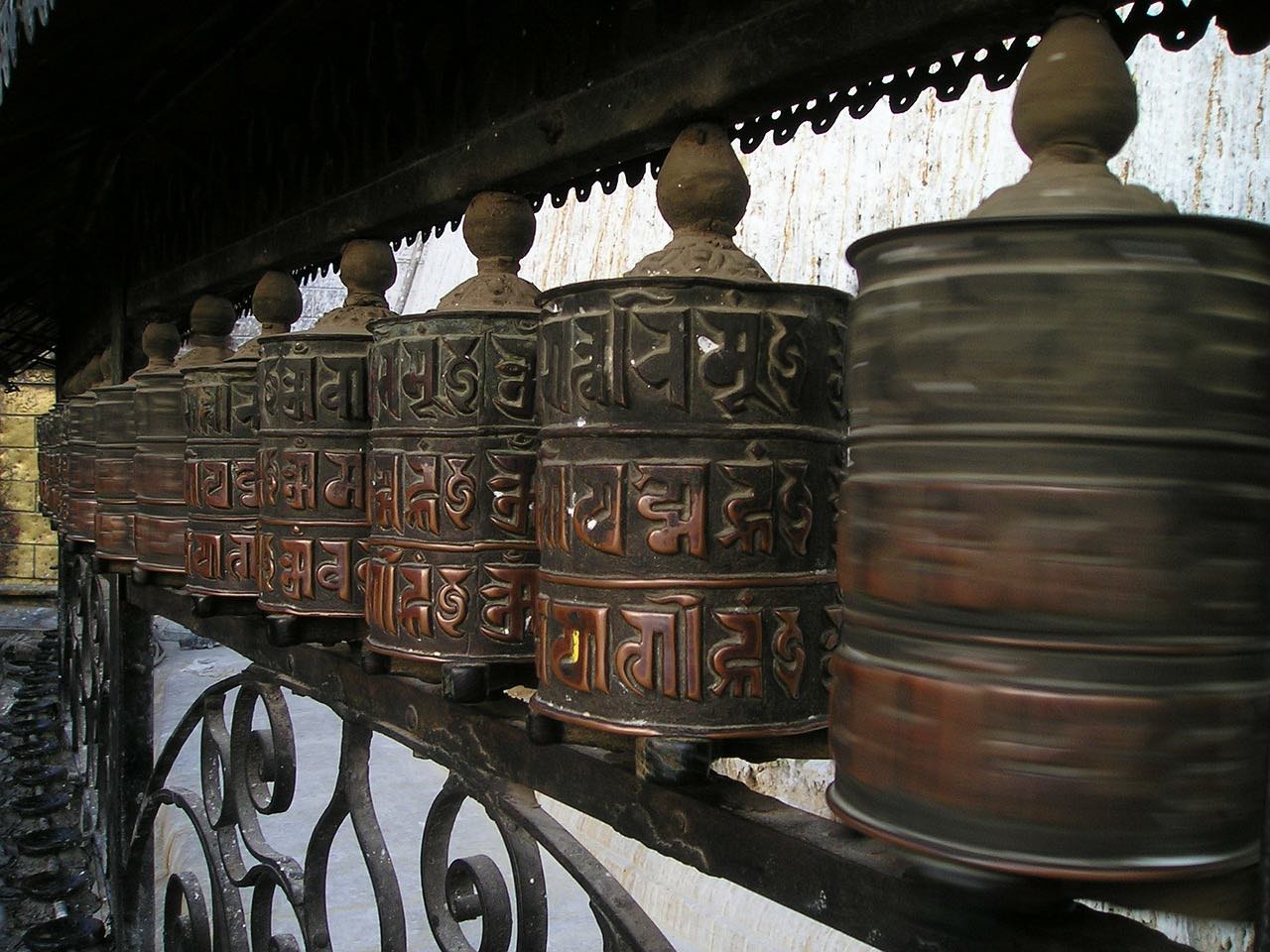 Courses available include Yoga, Meditation, Reiki, Massage, Ayurveda, Tibetan and Indian cooking, and Tibetan language. Many courses include vegetarian meals and are offered at meditation centers.

Lower Dharamsala is at an altitude of 1,400 m, while McLeod Ganj is at around 1,750 m, making them considerably cooler than the plains below. Temperatures in January can dip below freezing, while June can go up to 38°C.

The monsoon from July to September is very wet. Even in March, when the Dalai Lama holds his teachings and the weather down in Delhi is balmy, you will still need a heavy winter coat. These can be purchased at reasonable prices in the town.

McLeod Ganj is small enough to be navigated on foot. Public buses to Dharamsala leave roughly every hour. Chartered auto-rickshaws charge much more than buses but can be convenient.

Many Tibetan things can be bought in Dharamsala such as jewelry and trinkets, woolen shawls, prayer flags, prayer wheels, thangka, and mandala paintings.

Tibetan Singing Bowl is my favorite. It is easy to play and can be used for sound healing, music therapy, or just for relaxation or even plain fun.

Dharamsala is a good place to try Tibetan food and beverages.

McLeod Ganj is also a great place for eating, and the town has an abundance of restaurants, especially in the mid to upper range that caters to foreign tourists.

The newer among those upscale eateries increasingly tend to offer free wifi connections.

Xcite, located at the main square in McLeod Ganj is a popular hangout place with both westerners, locals, and holidaying Punjabis.

This is the only place that has a dance floor/nightclub in the area. Both Indian and western music is played until 1 am in the night.

The place has become much safer in recent times though it is advisable to take precautions. Stay vigilant at all times and be very cautious if staying out after 9 pm.