Even though it was officially founded in 789 by Idris I, Morocco’s history began centuries before. Morocco retained its independence until the French and Spanish colonization in 1912. In 1956, Morocco regained independence from France, and the Alaoite Dynasty currently rules.

Due to Morocco’s colored past, we can see a variety of influences in the architectural styles throughout the country.

Colorful mosaics and carvings of Moroccan palaces and city walls demonstrate a unique blend of Islamic and European styles. This blended style leaves a legacy of what life was like all those years ago. 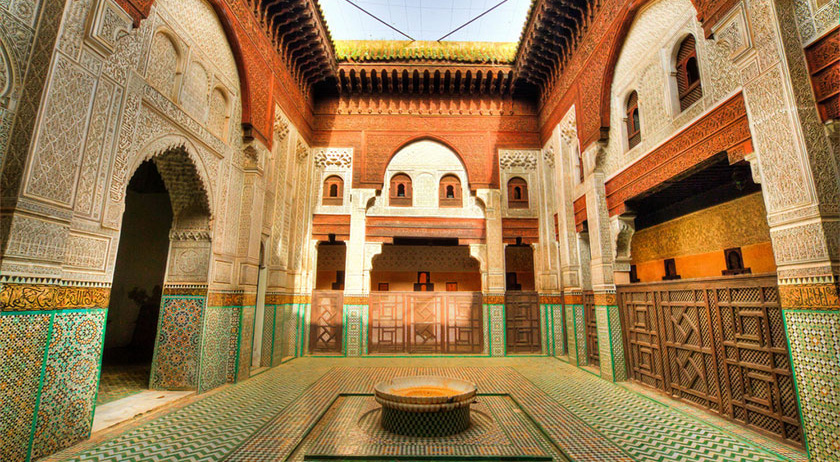 The Medersa Bou Inania, Fes’s religious college, is a must-see for design and architectural lovers. The beautiful artwork, including geometric tiles and huge engraved wooden doors, are fabulous examples of Islamic architecture. The most striking feature is the marble courtyard. Carved stone trellises surround the magnificent marble structure.

The beautiful, albeit badly in need of repair, Glaoui Palace, is a great place to visit. Visiting Glaouiu Palace is like stepping into the past. The gracious family will be only too happy to provide a tour of the palace’s rooms.

Amazing mosaics and colorful tiles decorate many of the rooms. On your tour, you will also get a rundown of the history of the Glaoui family. It’s a pleasant and interesting way to spend an hour. You will gain insight into long-lost times in what feels like a hidden part of the city.

While you are in Fes, also check out Dar al-Makhzen. 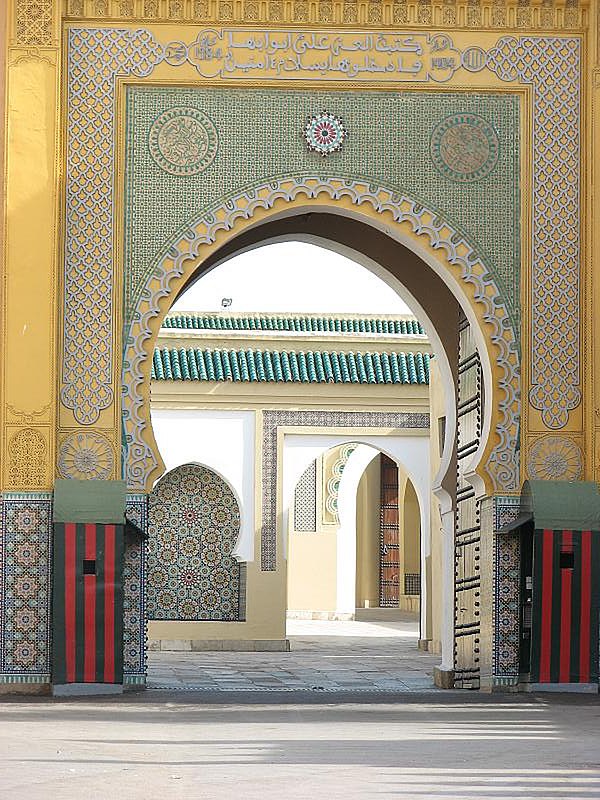 Note: Although the capital of Morocco was moved to Rabat in 1912 and never returned to Fes, the palace complex in Fes is still frequently used by the King of Morocco. The palace is thus not open to the public.

The gates at the Old Mechouar and at Place des Alaouites (see above) are the closest that most members of the public can get to the palace grounds. The gates are considered an excellent piece of modern Moroccan crafstmanship and are lavishly decorated with elaborate mosaic tilework, carved cedar wood, and doors of gilt bronze covered in geometric patterns. 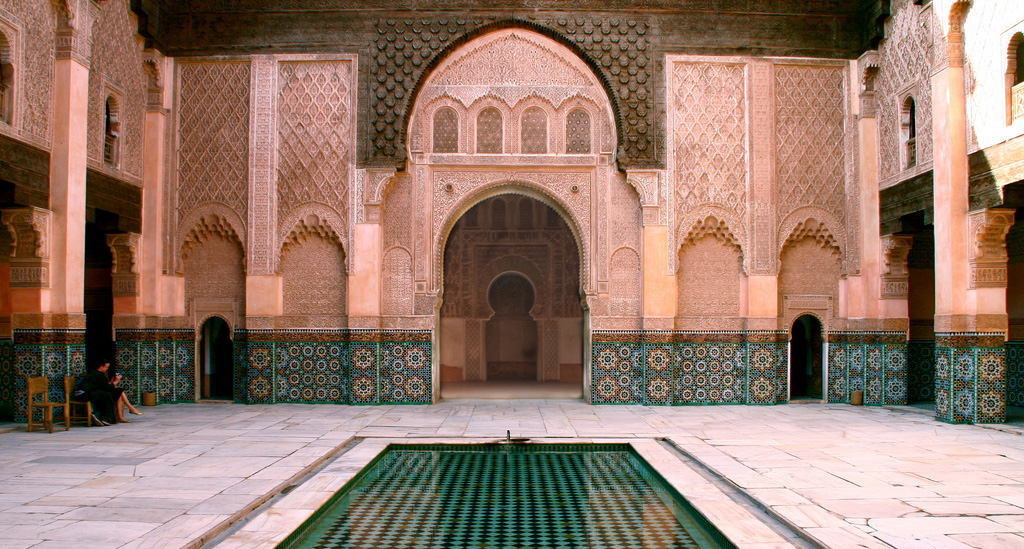 Ben Youssef Madrasa was the largest Islamic college in Morocco, and today it is open to the public as a historical site. The Madrasa is a magnificent example of Islamic art and architecture.

Visitors can admire the baroque designs and vivid colors of the mosaics and carvings on the walls. There are also many narrow corridors to wander through if only to escape the heat. The upper levels provide pleasing views over the central courtyard. 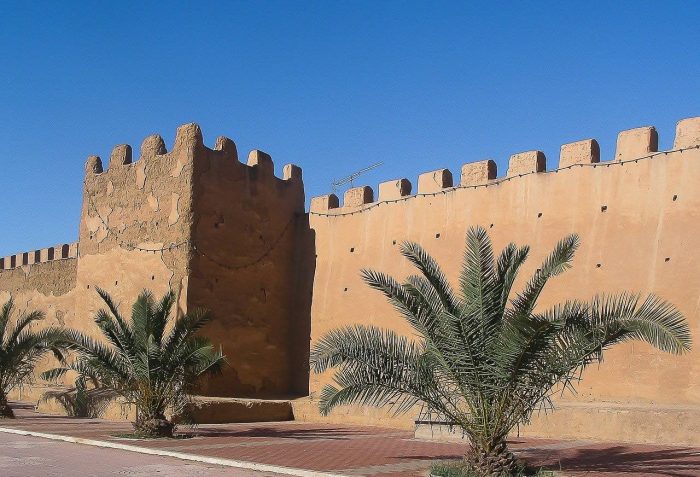 A different way to see the old and new parts of the city is to take a walk around the ramparts. Built in the 12th century to defend Marrakech, they remain standing as a symbol of the city.

The ramparts cover some 19 km, so if walking in the heat feels like too much you can always ride in a caleche (a horse-drawn carriage) for a more romantic excursion. Shrubbery, neat gardens and benches line the wall, making it an ideal place for locals to sit and chat in the evenings.

As with most places in Marrakech, there are local guides available if learning the local history and myths surrounding the ramparts is of interest to you.

The Dar Jamai Museum has an intriguing collection of Moroccan artifacts, jewels, crafts and artwork. It’s a fabulous place for history lovers. 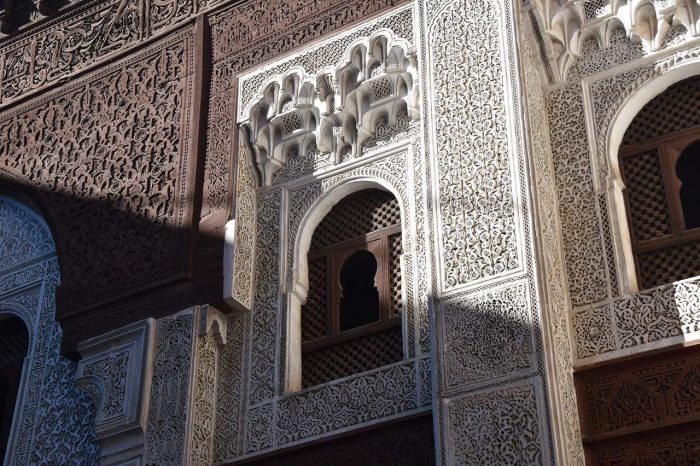 Historically accurate plush floor coverings furnish some of the rooms. It really gives visitors a slice of history as they imagine the grandiose lives of former owners. A beautiful mansion, a stunning sight in its own right, surrounds the museum.

With ornately tiled walls, mosaics, and stained glass, it really shows off the workmanship and thought that has gone into its construction. The Dar Jamai is a quiet place away from the hubbub of the streets. You can bask, surrounded by orange trees, in the gardens as you listen to the chirping of the birds. 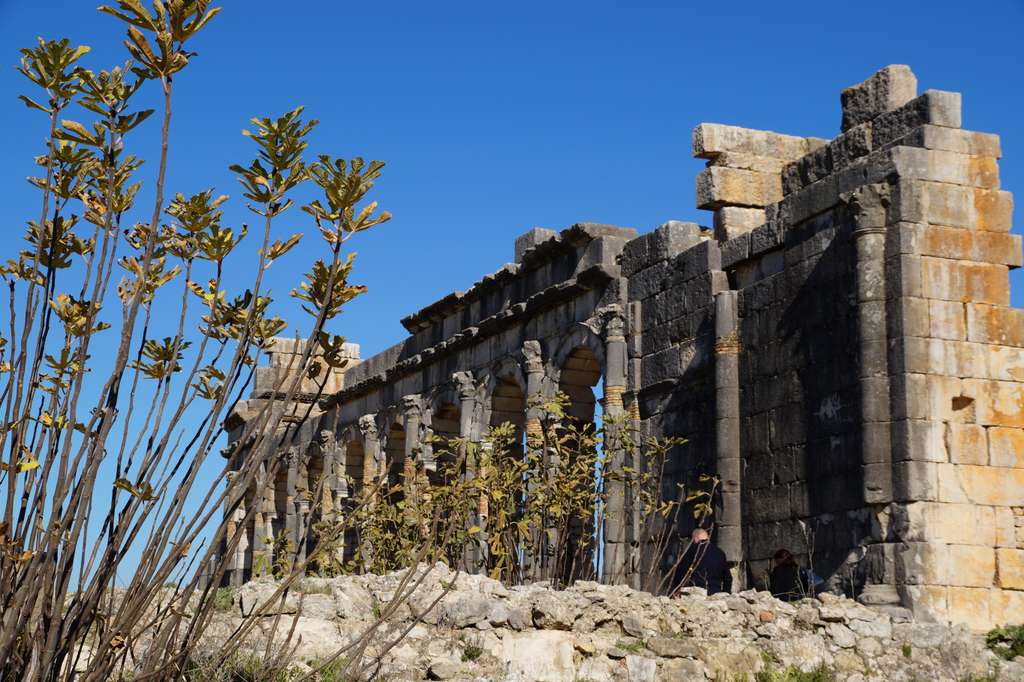 A short journey outside of Meknes is the Berber and Roman city of Volubilis, a well-preserved, partly excavated site which dates back over 2,300 years.

Visitors can revel in a past life as they wander around the grounds. Enjoy the beautiful mosaicked floors and the remains of the once noble Roman villas. In the shadow of Zerhoun Mountain, beautiful green valleys stretching on for miles surround the ancient city.

Kasbah of the Udayas, Rabat

The Kasbah of the Udayas has been home to Arab tribes, Andalusian immigrants, and powerful Sultans. Thus, it has a very interesting history. 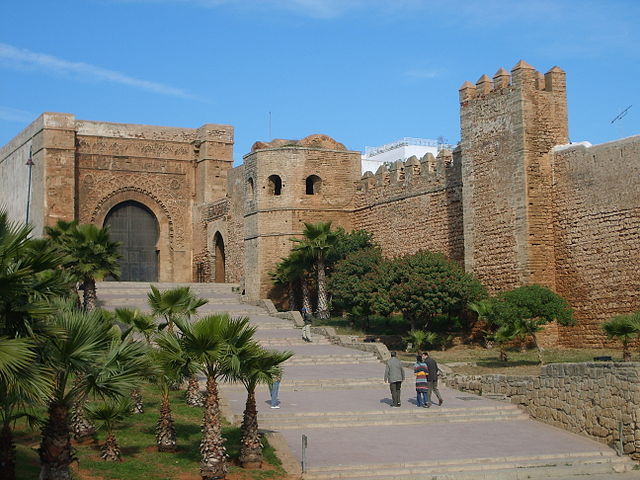 Wander through the narrow lanes and have a chat with the people who live there now. The blue and white colors of the walls are very picturesque, which adds to the charming feel of the place.

Enjoy Moroccan tea and cake in one of the cafes in the kasbah or just sit for a while and watch the splendor of the ocean. Outside, the Andalusian gardens offer a relaxing and peaceful place to read a book or simply watch the world go by.

In a country which is full of historical and architectural delights, visitors flock every year to enjoy everything Morocco has to offer. It is not only a country for history and architecture lovers but rather for all to enjoy. Be transported back to lost times.

Indeed, anyone that travels to Morocco will be left captivated and seduced by the country’s exoticism.

This article was written by Gill Morris, savvy travel blogger at asabbatical.com, a personal travel blog of Adrian Sameli. To connect with Gill, follow her on Facebook.