Let us face it! It has been our dream since childhood to visit Disney World at least once in our lifetime. Planning a trip to Walt Disney World puts you in good company. It is the flagship of Disney’s worldwide theme park empire and is, by far, the most popular theme park resort in the world.

Year after year, Disney World has been one the most visited vacation resort in the world, with an astounding number of attendants averaging over 50 million tourists annually. The figure speaks volumes about its out-of-proportion popularity. 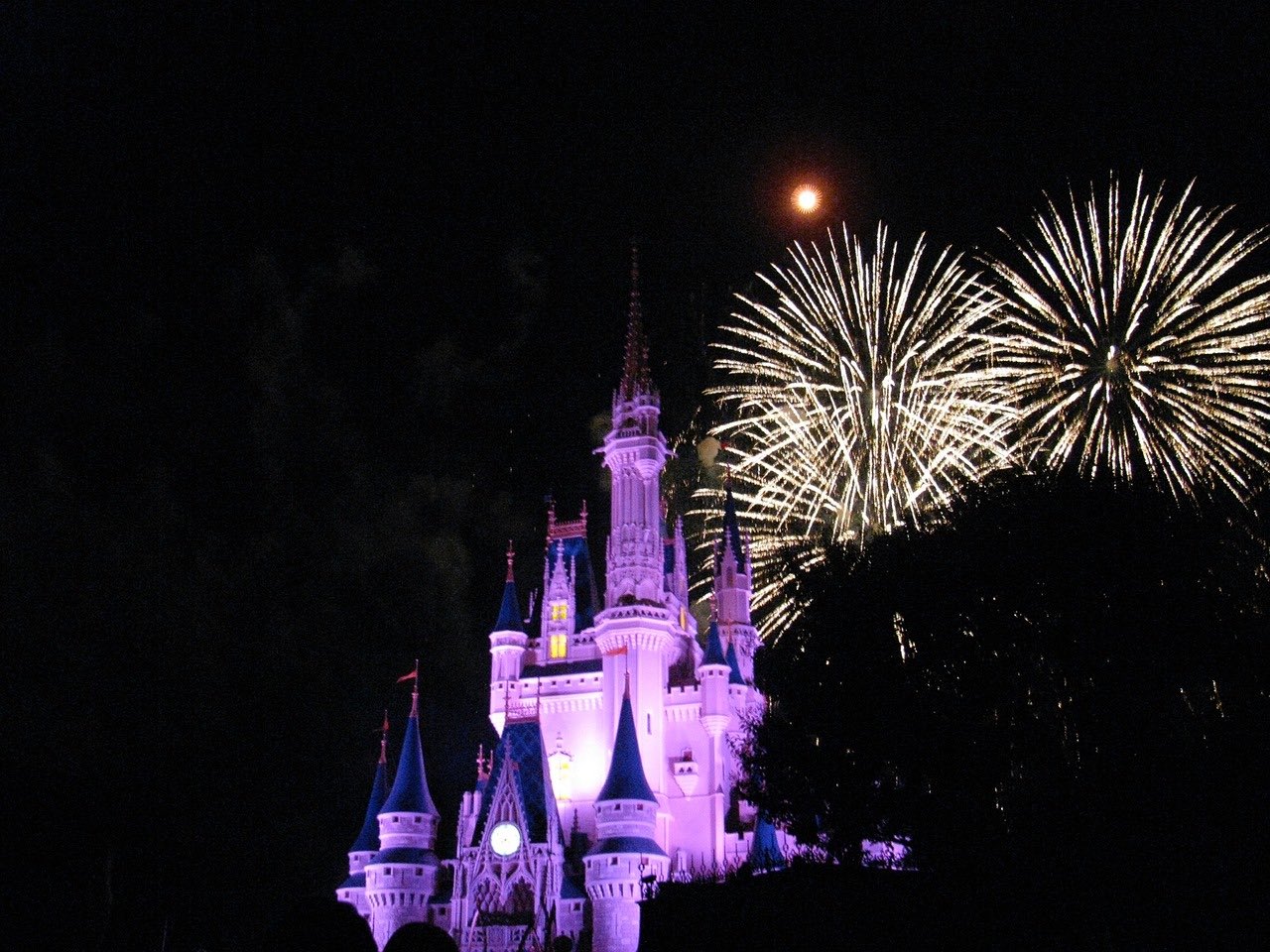 Though many people around the world want to visit this wonderful entertainment complex in the United States of America, very few, know the marvelous rides and attraction sites this place has to offer.

Long story short, going to Disney World will be an exercise in futility if you miss out on the following 10 top best attractions of the place. Mark them in your checklist and be sure to enjoy them right from the get-go. 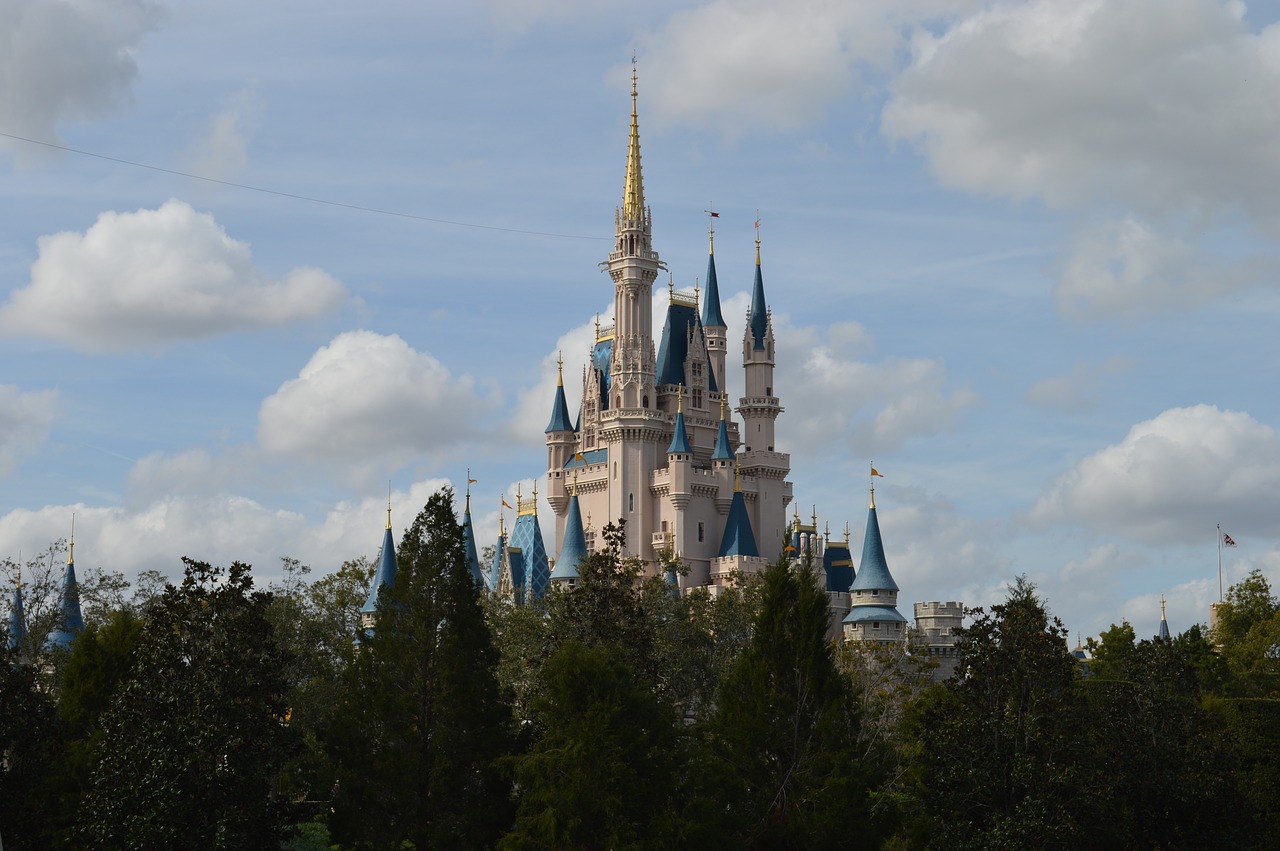 It is a theme park inspired by a fairy tale castle of a movie made in 1950. It represents the classic story of Cinderella rising from being an orphan to a princess. T As the protocol goes, you will get a chance to be a princess or a knight at its very own salon.

Moreover, you can get to experience fine dining at Cinderella’s Royal Table, which is a once in a lifetime thing. But make sure you reserve a seat for yourself, or you might miss this opportunity.

A wedding is unarguably the most important day of an individual’s life. This is one reason why we leave no stone unturned to make it a memorable occurrence. But if there is any place in the world that truly deserves to host your dream wedding, it has to be none other than Disney Wedding Pavilion. 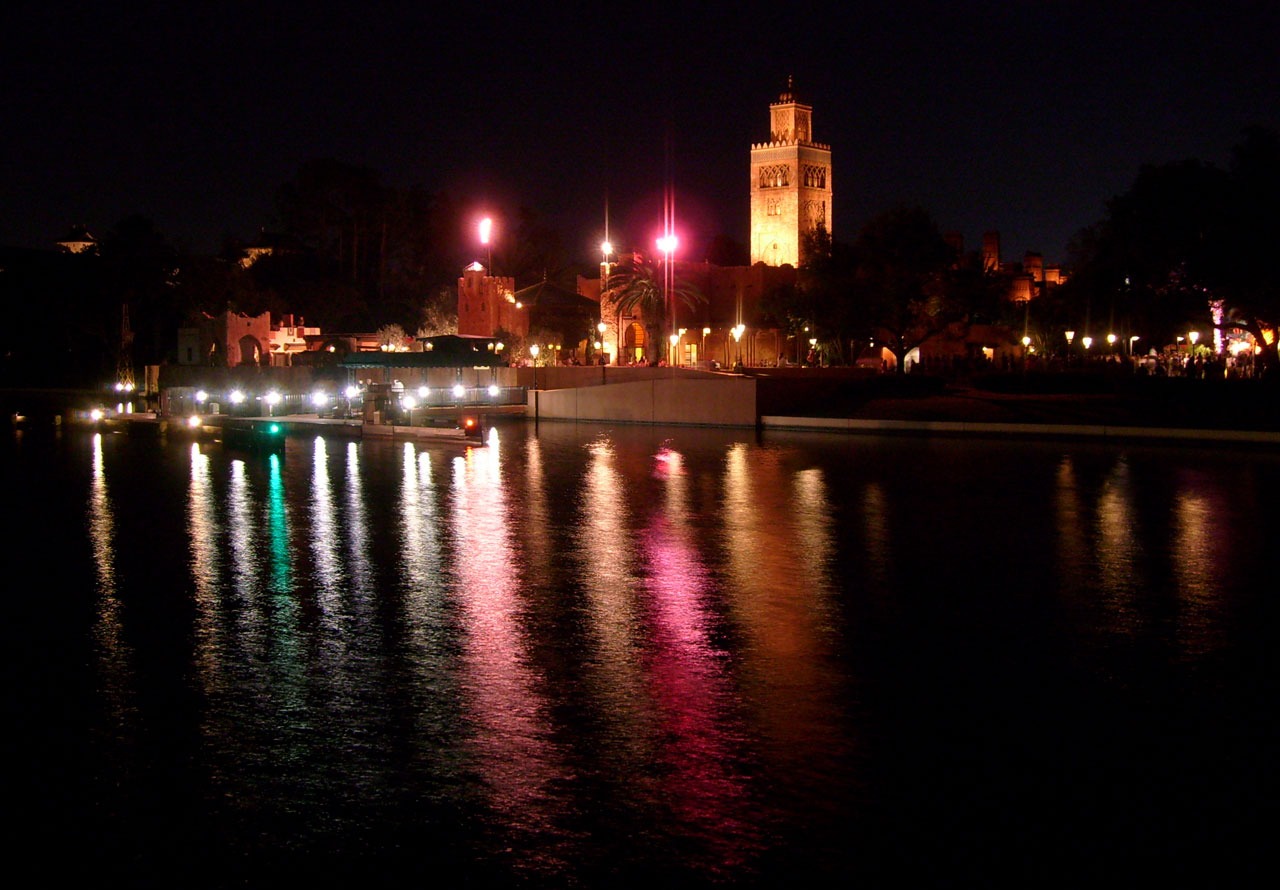 Concerning the wedding ceremony, the Disney Wedding Pavilion is everything you can venture to imagine.

It is based in a dazzling setting, which will charm each one of the guests on your list with spectacular views and romantic archways. In addition to providing aesthetic pleasure, it serves as an ample picture-point for guests. Everything is designed in such a way that they make up for a great background for photography. 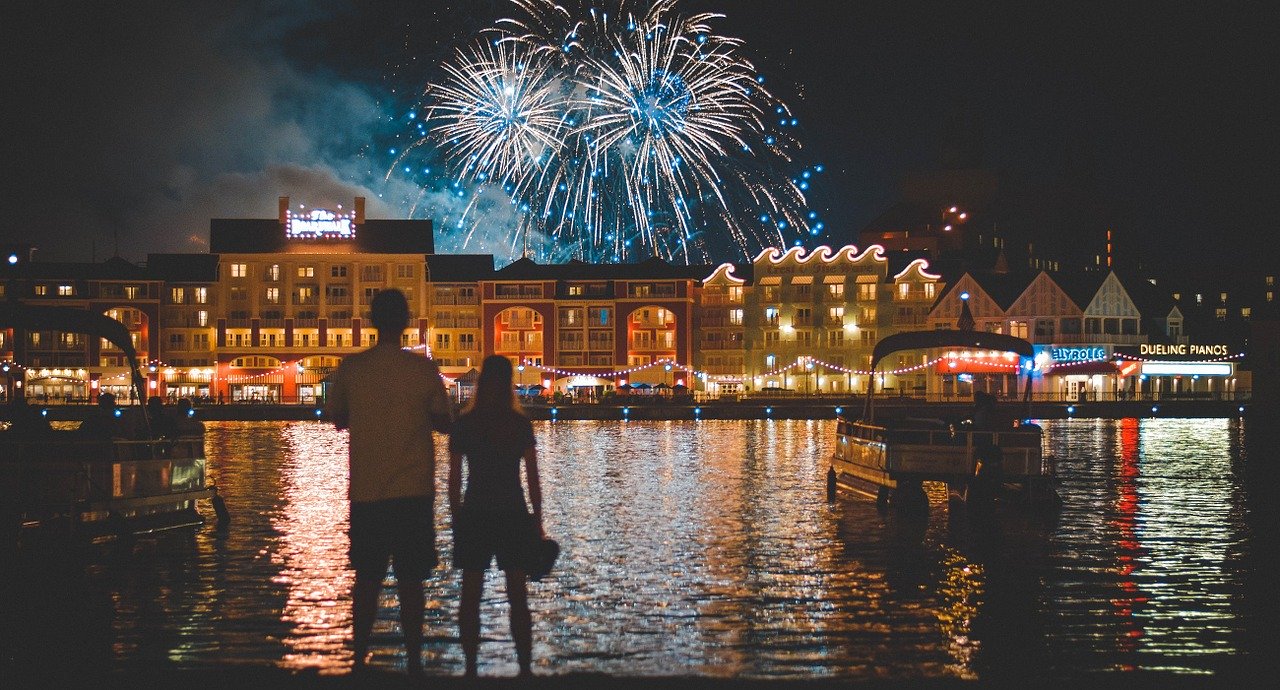 Disney’s boardwalk occupies the area of roughly 90000 square feet. Here, you will witness an endless streak of shops, nightclubs, and restaurants. What could be better than shopping around and munching one of the most delicious foods you will ever have in your life?

Simply put, if you have an appetite for the typical nightlife of a metropolitan, the boardwalk is surely your cup of tea. This attraction is commonly referred to as a village on the water.

As you stroll along, your kids are quite likely to come across street performers. Talking about the most popular sites of this place, they are Atlantic Dance Hall and Jellyrolls.

Note: If you want to view the Disney World from a wheelchair user’s perspective, then read: 17 Reason Why I Love Walt Disney World. 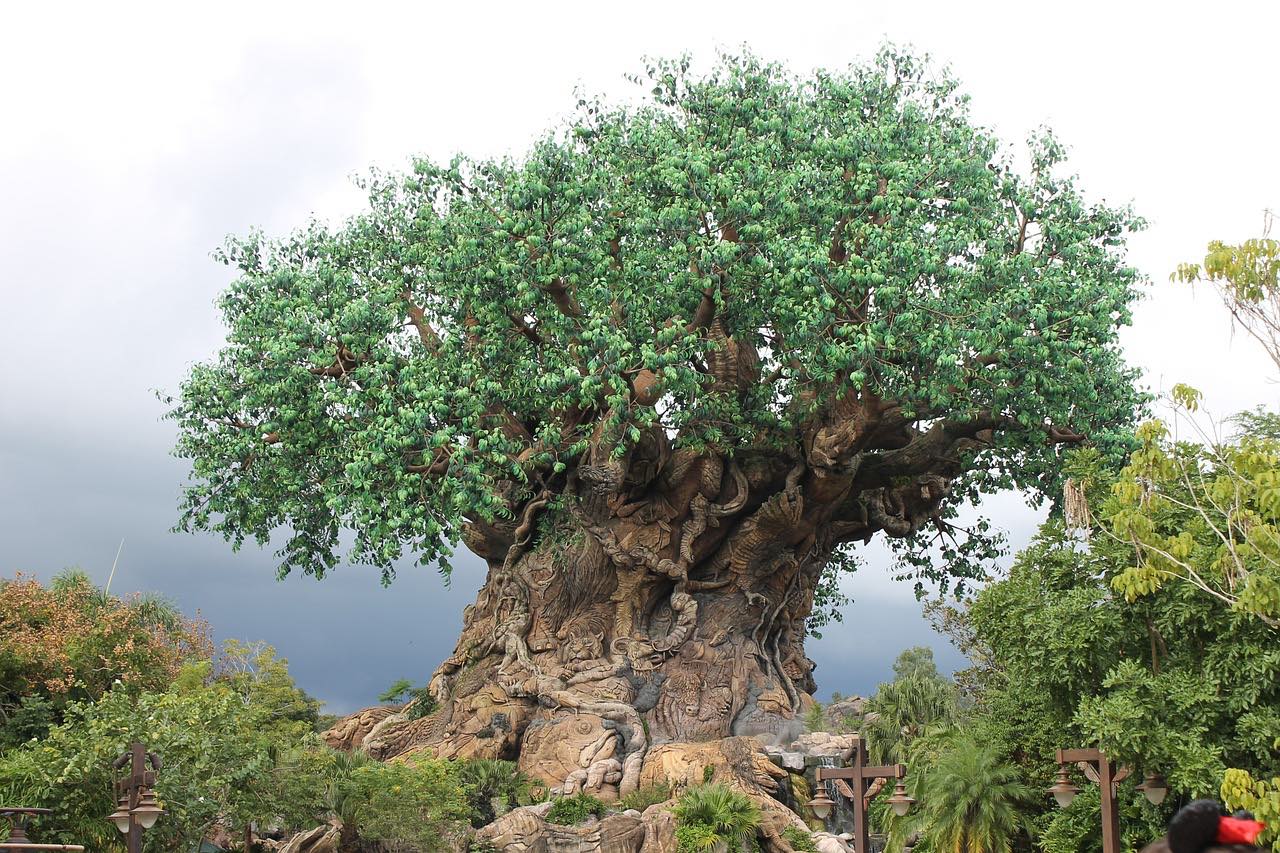 The park is a special treat for animal-lovers. Whether you are fond of African, Asian, or species that belong to other vast and varied parts of the world, you can watch them all buying a single ticket. The park is also home to several animals that are almost on the verge of extinction. Rest assured, the experience is bound to cast a spell on your mind.

Speaking of formalities, you can explore the animal kingdom from 9 AM to 5 PM. Therefore, be smart to manage your time, or else you will go end up regretting big time. 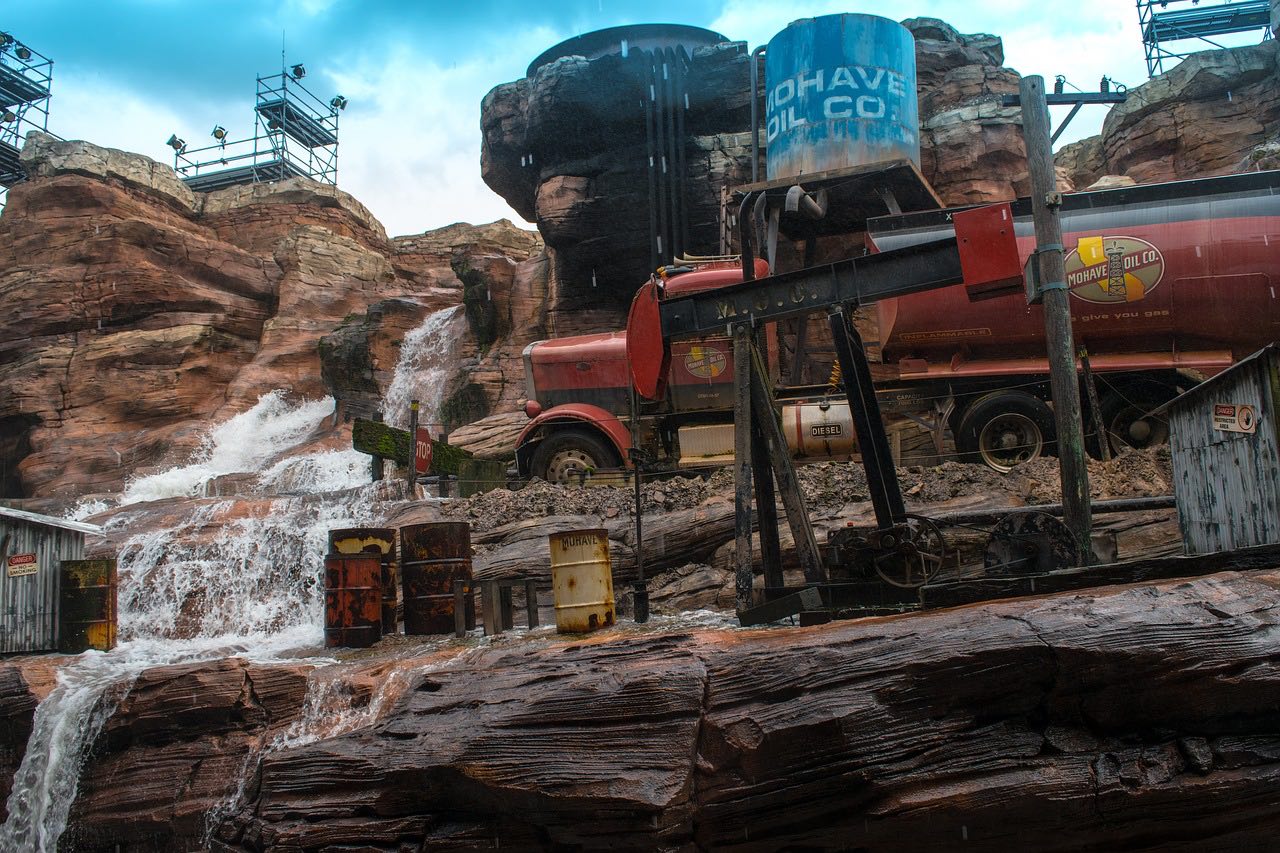 Are you one of those many people who are the victim of poor work-life balance? If yes, then you would be spending only a fraction of your time with the family, and even taking your kids to a local park might seem like an uphill task.

Attractions like Blizzard Beach Water Park allows you to splash into action and have fun with your family that you have been missing all these days.

Ranging from Summit Plummet to Runoff Rapids, it has tens of innovation water slides that will shock you. However, it would be a mistake to assume that the place is all about water. There are also numerous delicacies in Frostbite Freddy’s Frozen Freshments and Lottawatta Lodge. It is hands down one of the very famous attractions in Disney World.

The whole point of going on a vacation is taking a much-needed break from hectic life. There is no harm in opting for a vacation spot that educates you and your children in a fun way. That is where Disney’s American Adventure swings into action. 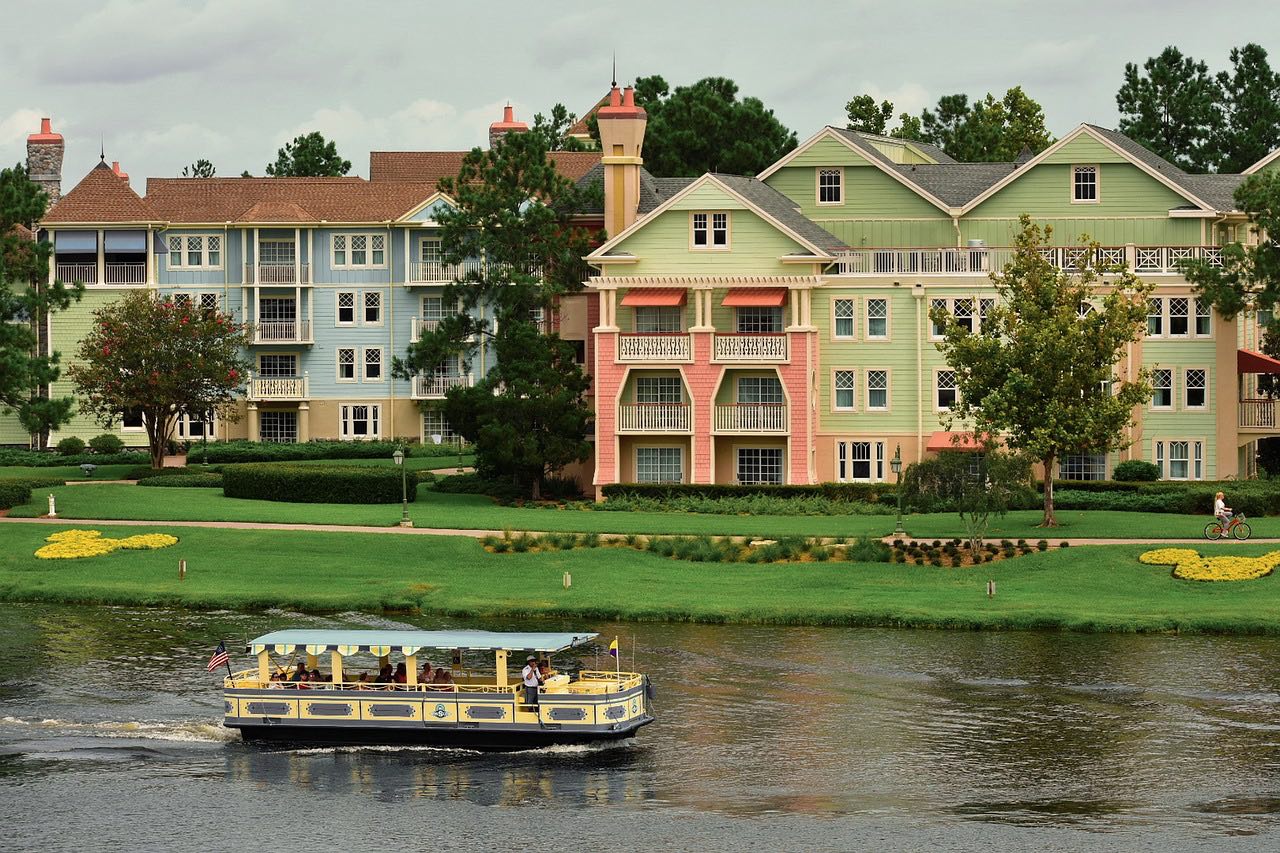 The American Adventure at the Disney World

Once you step into this place, you will fall in love with American history, partly because America has a very proud history and partly because of the way this history is illustrated here.

From great depression to the deceleration of independence, many other historical landmarks are recalled during the projection. Those who have already been through this adventure will assure you that no one can walk off from the theatre without getting a deep sense of American history. Guess what, and you do not have to be time-bound for this show. So if you do not make it in time, you can always wait until the next round begins.

The ESPN Sports Complex is erected on a massive real estate. If you are into sports, this place will facilitate you to compete in nearly 60 top-tier games, taking the factor of age completely out of the equation.

Of course, not all of us are sports-enthusiasts. But if you are, you can choose to be a spectator and cheer for your team. 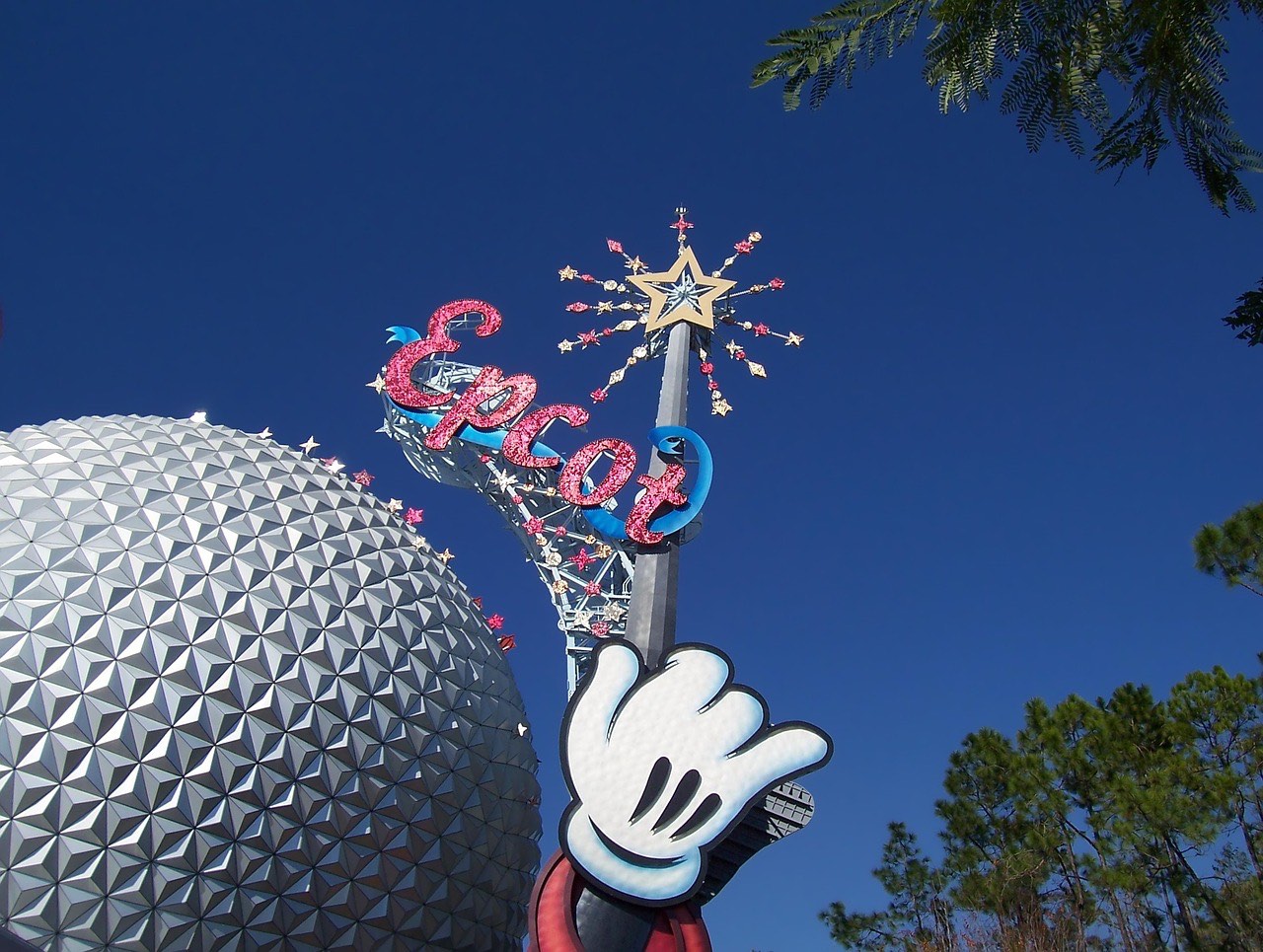 Our planet has been going through wear and tear since the dawn of history. However, in the last few decades, our ecosystem has collapsed like anything, and scientists say that the worse is yet to come. Provided unprecedented threats to our planet, it becomes even more important to visit this attraction.

The Awesome Planet film was made in partnership with Disney Conversation Fund to tell the story of our beloved planet and why it is important to take care of it. It calls upon the people to think and pay attention to global emergencies such as climate change and many others. Awesome Planet will do a world of good to you and your family in terms of igniting civic sense. 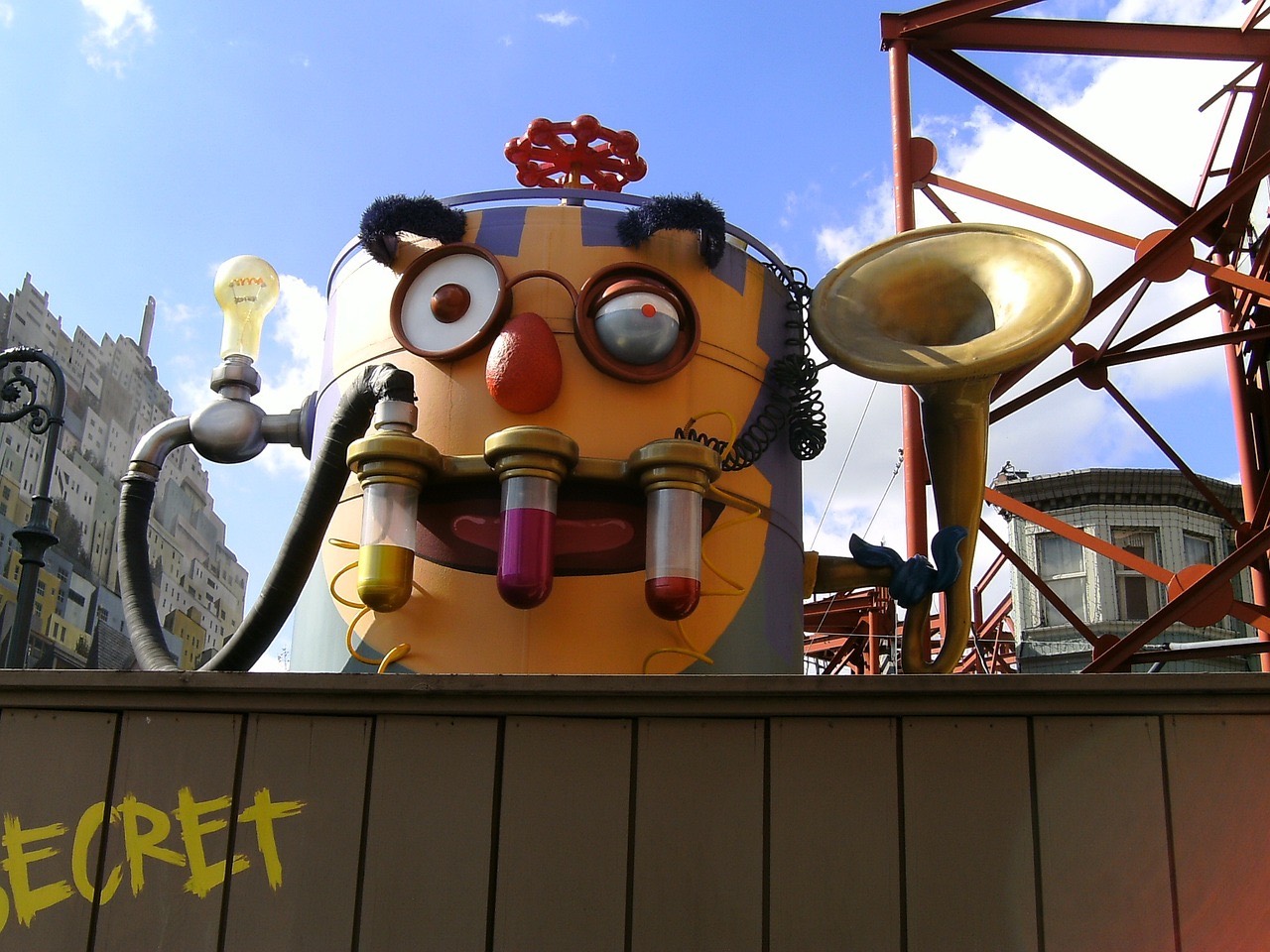 If you have been a fan of Disney films, you cannot ask for anything better than Disney’s Hollywood Studios. As it turns out, there is a huge fan-following of Disney films because Hollywood tower remains the busiest place in the entire Disney world throughout the year.

Hollywood Studios owes much of its popularity to the recent openings, namely, Stars Wars: Galaxy’s Edge and Toy Story.

Since the opening hours of this attraction keeps on fluctuating, staying on top of the time-management will be the key.

This list surely cannot come to a close without mentioning the name of the American Heritage Gallery. It showcases the heritage of America by displaying authentic artifacts along with some contemporary works as well. It is a major tourist attraction as it represents the richness of American culture. 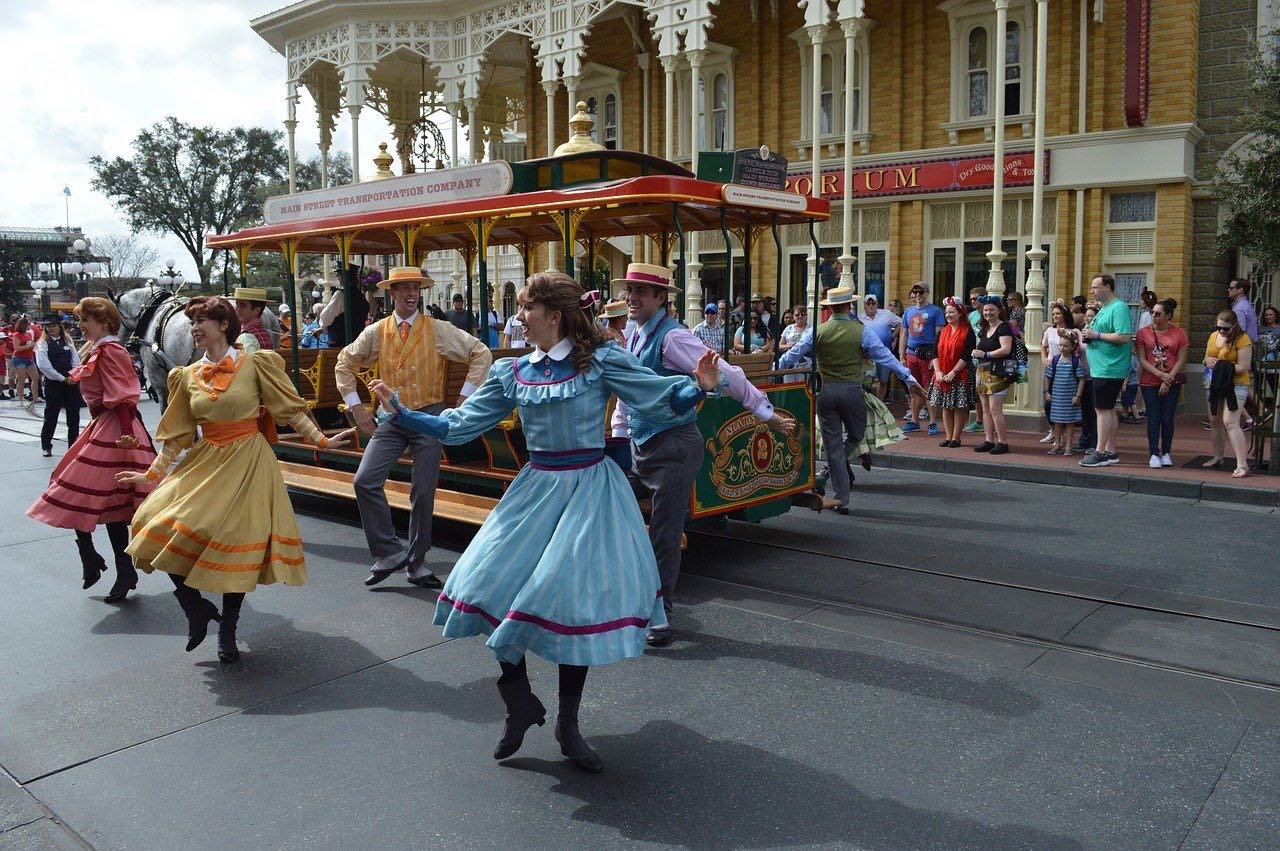 Taking a few pictures here and there and getting to know more about the diversity of the American culture would be a great use of your time at Disney.

Undauntedly, every part of Disney World is gold. But if you lack time and other resources to explore all of it, then sticking to the places mentioned above will guarantee not only unlimited fun but also the best return of your investment at the same time.

Enjoy and have a blast! 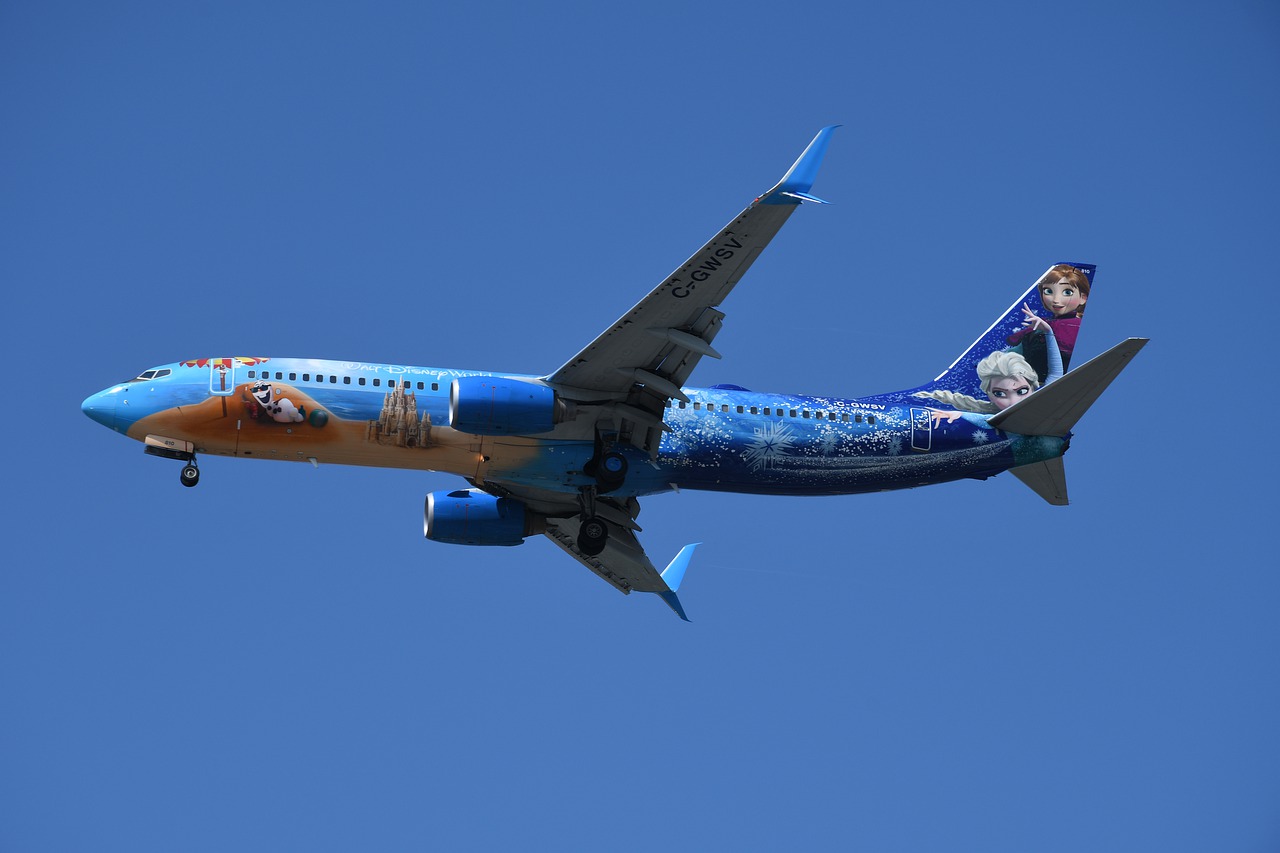