The Rise of Adventure Travel: Are You Brave Enough?

Adventure travel has become an integrated part of the travel industry. It is soon becoming a trend, which people are following blindly. The thirst to discover new cultures and off-the-beaten-path natural treasures is growing in people.

That is why the industry revenue increased by 24% in 2014 as reported by several leading travel research groups. Adventure travel has three elements: connection with nature, interaction with other cultures, and physical activity.

Read: Top 10 Travel Trends That Will Only Grow 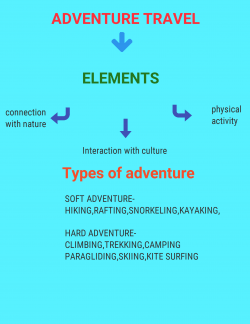 As you can see, adventure travel is not limited to extreme sports. There is a new category which is becoming popular. It’s often called the “soft adventure.” You can ride on a safari in Africa and call it an adventure tourism (because it is). 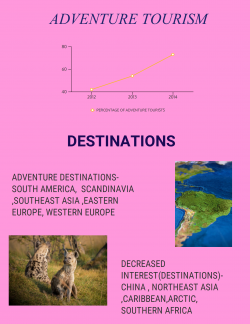 Related: Top 40 Travel and Tourism Niches: Which One Are You?

The percentage of travelers involved in the adventure is increasing year after year. It has shown a steady rise since past three years. You will be surprised to know that 53% of adventure travelers are women. Who knew that!? (I certainly did not, but hey, this is the century of women!)

The wrong notion that the mustache is stronger than the braids is slammed right there. Another emerging trend is that more and more people are now exploring new places. Most travelers do not prefer to travel to the same place (as it used to be 20-30 years ago).

Travelers don’t like doing mundane things on their trips anymore. They are exploring new horizons. Maybe that is why only 22% of travelers repeat their adventure activities. According to ATTA research, African countries have shown a steep decline in attracting adventure tourists whereas Latin America and Asia are on the rise.

Adventure travel is widely popular in South America and Southeast Asia. There are hundreds of destinations around the world which can be turned into adventure destination. For example, the Polar cruising is becoming a hot trend.

Traveling without adventure is mundane. Even if you do a bungee jumping on your trip, you become an adventure traveler. So, don’t hold back. Explore the wild and unknown. Embrace the Adventure!