Blessed are curious for they will find answers to the mysteries. Many questions pop into our head from time to time. Many unsolved mysteries spark interest in our minds. And I can’t rest till I find the answer to it.

Tibet is the land of a series of world’s highest mountains, and you would be surprised that no planes fly over Tibet. What is the reason behind dodging Tibet for flight routes?

Why Planes Don’t Fly Over Tibet 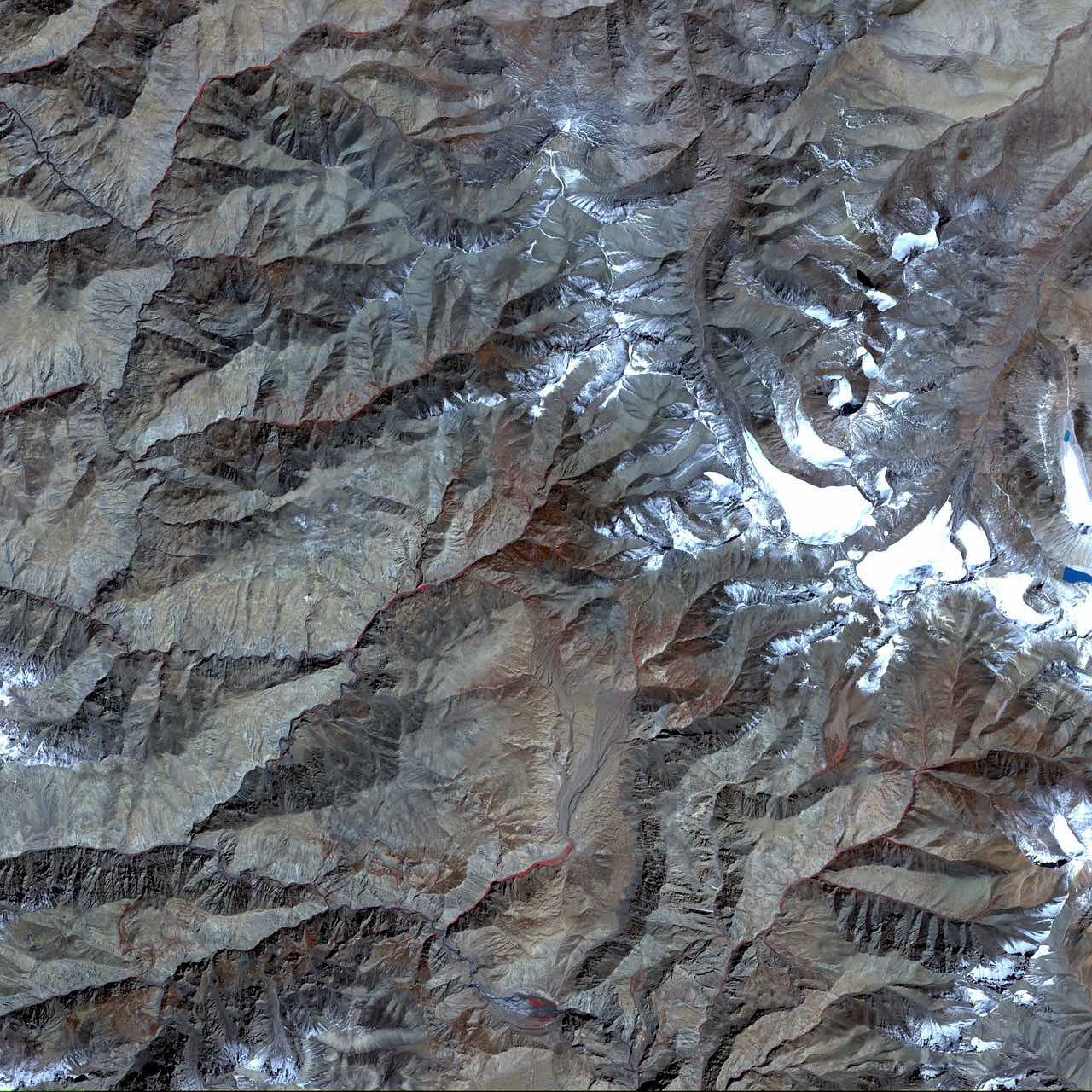 Before we delve into the reasons, let us look into a few interesting facts about Tibet.

Tibet is an autonomous region of China. It is in the southwest part of China, and it shares borders with India on the West, Nepal on the Southwest, Burma, and Bhutan on the southeast.

And the average elevation of this area is 3650m. You need to wait patiently till your breathing pattern adjusts to the height slowly.

These facts help you understand why planes choose not to fly over Tibet.

The Elevation of Tibet

With a series of world’s highest mountains, the highest being Everest at 8850m (29035 ft)- It becomes a giant huddle for the planes. The highest cruising altitude that is allowed to commercial planes is 28- 35,000 ft (8000 m). And as you can see the elevation of Himalayan mountain ranges is around 30000 ft, the aircraft generally do not fly over the Himalayan ranges.

You must know that there are layers of the atmosphere. That is the next reason of why planes do not fly over Tibet.

Air Turbulence in the Layers

We all know that there are four layers of the atmosphere. And the closest one to the Earth is the Troposphere which continues from ground level to 7 miles above the ground level. The Himalayas are at the height of 5.5 Miles. They are at a point in the Atmosphere where one layer gives in to the other.

The Troposphere changes to Stratosphere. Most planes fly in the upper boundary of the troposphere. And flying in the lower layer of Stratosphere is only advised if you have enough supply of oxygen.

As the height of atmosphere increases, the air thins. It means that the volume of oxygen in the air decreases as we move above. And with an increase in height, there is also increase in air pressure. That results in air turbulence and disturbances.

If there would be no mountain ranges, then the pressure of winds at such a height would be easier to deal with. But the mountain ranges make it harder for the planes to deal with Turbulence at the lower layer of Stratosphere (where there is already less oxygen and water vapor).

Avoiding Risk of Drift Down Procedure

With the wide expanse of mountain ranges in Tibet, at a height of 28,000-30,000 ft, it becomes difficult for pilots to bring down the planes to a height of 10,000 ft early enough. Even though any pilot pulls off this trick, he will land with an oxygen deprived blue colored passengers. The airliners do not want this kind of fuss, so maybe they avoid flying over Tibet. 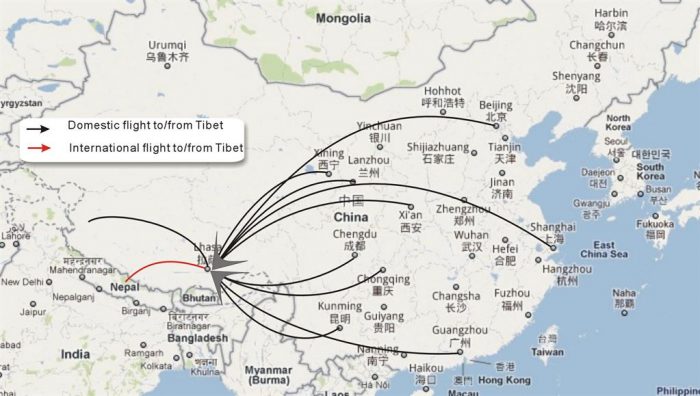 Airplanes follow a geodesic curve while flying. Geodesic means the shortest distance between points in terms of constant velocity. If there is an airport where you have to reach, and your plane hops at one airport on the way, there is also an airport nearby with the same distance from your destination (in the case of emergency).

All plane routes are planned according to this geodesic curve. But Tibet lacks airports. As we mentioned earlier, there are only two airports in Tibet, which are at 1357 km from each other.

It is not a mystery that Planes do not fly over Tibet, But it is the scientific reasons which make it impossible to fly over Tibet.

Categorized in: Off the Grid, Trip Ideas, Bucket List, Did You Know, Extreme Places