Francis Bacon on Travel: Wisdom of the Ancients

Some of you may be familiar with Francis Bacon, while others may not have heard of this name before. Therefore, let me first introduce you to Francis Bacon, also, the father of empiricism.

Francis Bacon was an English philosopher and statesman. He argued science could be achieved by the use of a skeptical and methodical approach whereby scientists aim to avoid misleading themselves. 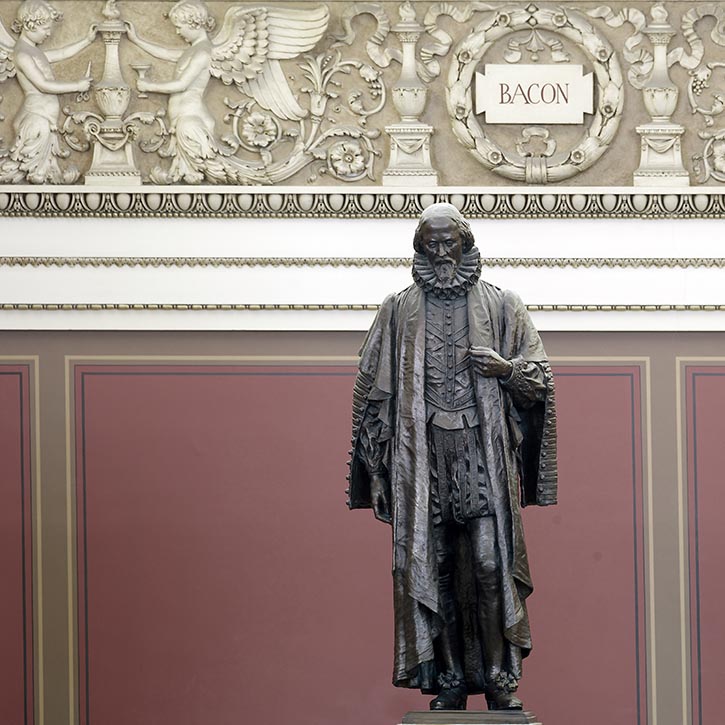 Statue of Francis Bacon in the Library of Congress, Washington DC

Below is Bacon’s essay on travel, published in his book called the Wisdom of the Ancients (1609). There is a lot to chew on here. We hope you enjoy it as much as we did.

Travel, in the younger sort, is a part of education; in the elder, a part of the experience. He that travelleth into a country before he hath some entrance into the language, goeth to school, and not to travel.

Young men travel under some tutor or grave servant, I allow well, so that he be such a one that hath the language, and hath been in the country before; whereby he may be able to tell them what things are worthy to be seen in the country where they go, what acquaintances they are to seek, what exercises or discipline the place yieldeth; for else young men shall go hooded, and look abroad little. 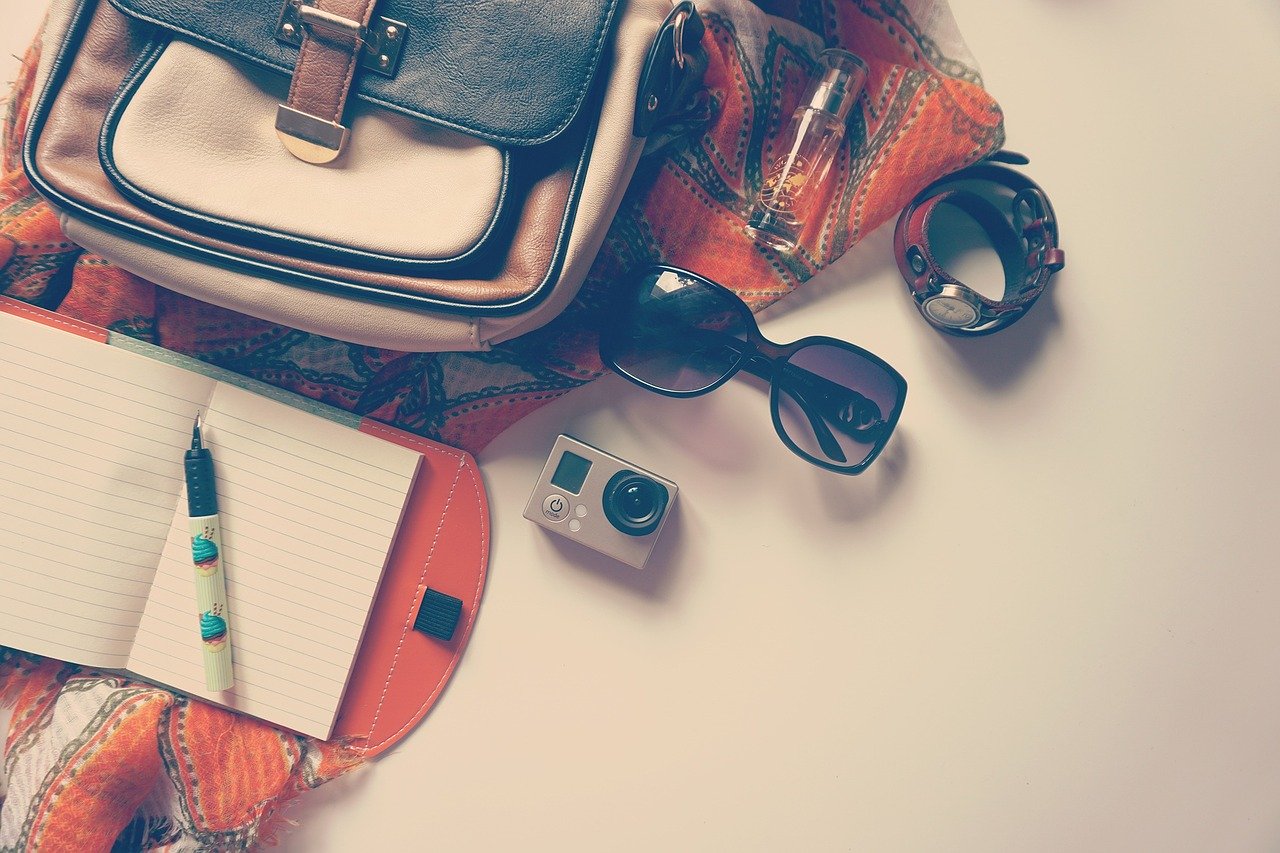 Have a camera and travel diary

It is a strange thing that, in sea voyages, where there is nothing to be seen but sky and sea, men should make diaries; but in overland travel, wherein so much is to be observed, for the most part they omit it as if the chance were fitter to be registered than observation.

Let diaries, therefore, be brought in use. The things to be seen and observed are, the courts of princes, especially when they give audience to ambassadors; the courts of justice, while they sit and hear causes; and so of consistories ecclesiastic; the churches and monasteries, with the monuments which are therein extant; the walls and fortifications of cities and towns.

And so the havens and harbors, antiquities and ruins, libraries, colleges, disputations, and lectures, where any are; shipping and navies; houses and gardens of state and pleasure, near great cities; armories, arsenals, magazines, exchanges, burses, warehouses, exercises of horsemanship, fencing, training of soldiers, and the like; comedies, such whereunto the better sort of persons do resort; treasuries of jewels and robes; cabinets and rarities; and, to conclude, whatsoever is memorable in the places where they go, after all which the tutors or servants ought to make diligent inquiry.

As for triumphs, masks, feasts, weddings, funerals, capital executions, and such shows, men need not to be put in mind of them; yet they are not to be neglected.

If you will have a young man to put his travel into a little room, and in the short time to gather much, this you must do: first, as was said, he must have some entrance into the language before he goeth.

Then he must have such a servant, or tutor, who knows the country. Likewise, as I have said before, let him also carry some cards, maps, and books, describing the country where he is traveling to which will serve as a good key to his inquiry.

Let him change his lodging from one end and part of the town to another, which is a great adamant of acquaintance.

Let him sequester himself from the company of his countrymen, and diet in such places where there is good company of the nation where he travels.

Let him, upon his removes from one place to another, procure recommendation to some person of quality residing in the place whither he removeth, that he may use his favor in those things he desireth to see or know: thus he may abridge his travel with much profit. 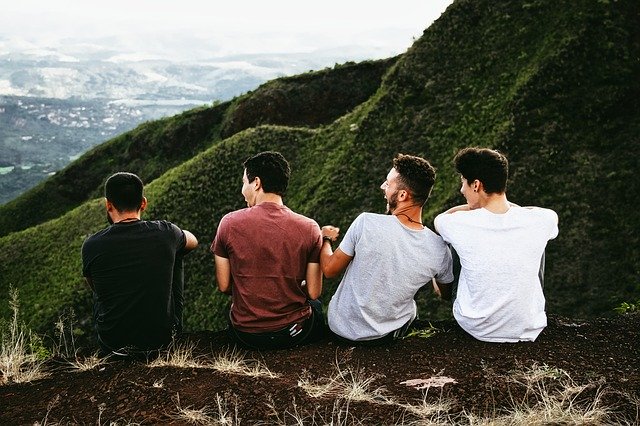 As for the acquaintance which is to be sought in travel, that which is most of all profitable, is acquaintance with the secretaries and employed men of ambassadors, for so in traveling in one country he shall suck the experience of many; let him also see and visit eminent persons in all kinds which are of great name abroad, that he may be able to tell how the life agreeth with the fame.

For quarrels, they are with care and discretion to be avoided; they are commonly for mistresses, healths, place, and words; and let a man beware how he keepeth company with choleric and quarrelsome persons, for they will engage him into their own quarrels.

When a traveler returneth home, let him not leave the countries where he hath traveled altogether behind him but maintain a correspondence by letters with those of his acquaintance which are of most worth. 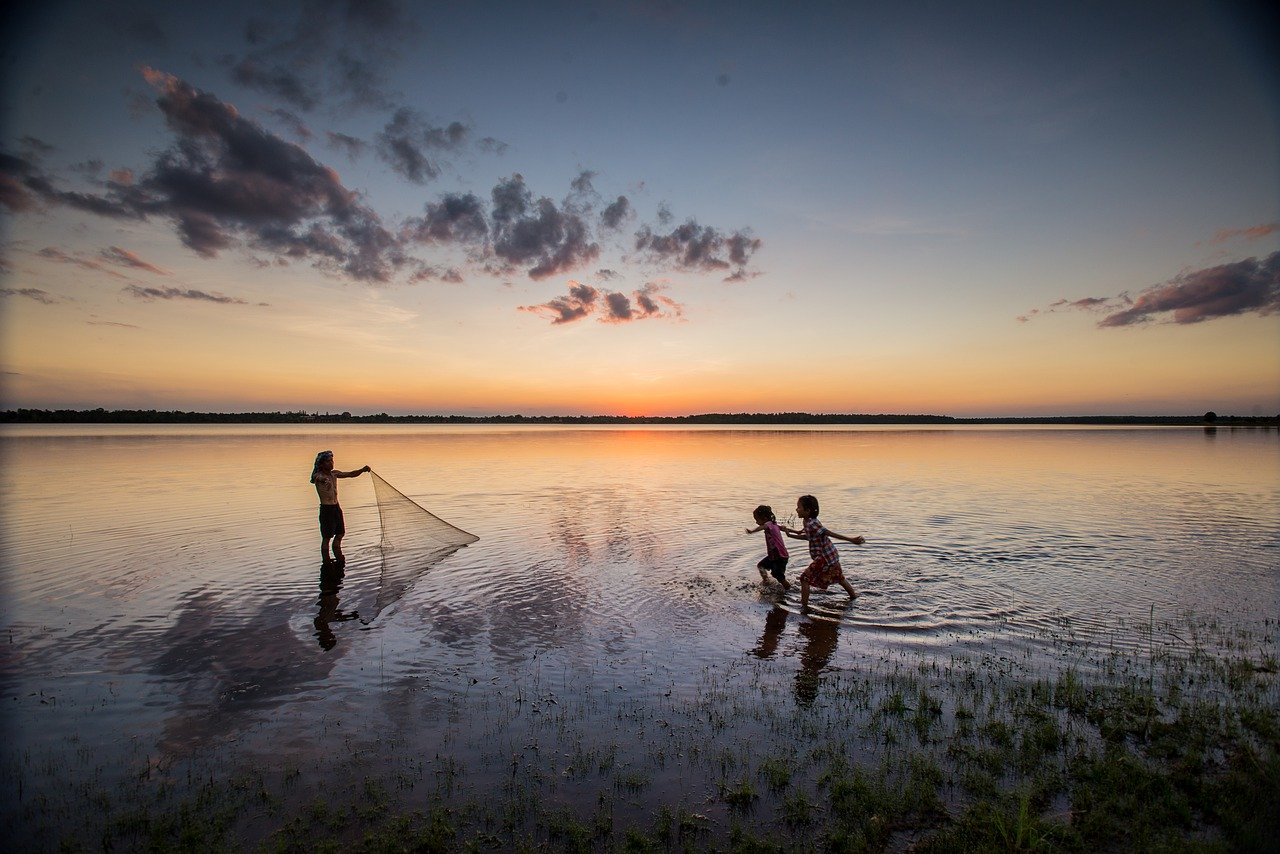 Kids having fun in Thailand

And let it appear that he doth not change his country manners for those of foreign parts, but only prick in some flowers of that he hath learned abroad into the customs of his own country.