Saskatchewan is a Canadian province on in the Prairies. While the southern third of the province is a prairie known for its flat fields of wheat, the northern two-thirds is covered in the boreal forest of the Canadian Shield, with most of Saskatchewan’s 100,000 lakes.

The fresh air and open sky are other distinctive features of the prairie. There is little light pollution, and therefore stargazing is wonderful.

Despite Saskatchewan’s reputation for its prairie geography, there is a surprising variety of landscapes, including the hills and lakes in the north, a lake with water that is denser than the Dead Sea, and the North and South Saskatchewan rivers.

Saskatchewan also features historical sites related to the North-West Rebellion. In 1885, Louis Riel, leader of the Métis (persons of mixed Aboriginal and European descent), led an uprising against the Canadian government that culminated in the Battle of Batoche. The interpretive centre at Batoche remains a popular tourist destination.

Saskatchewan has been populated by various Indigenous peoples of North America, including members of the Sarcee, Niitsitapi, Atsina, Cree, Saulteaux, Assiniboine (Nakoda), Lakota and Sioux. 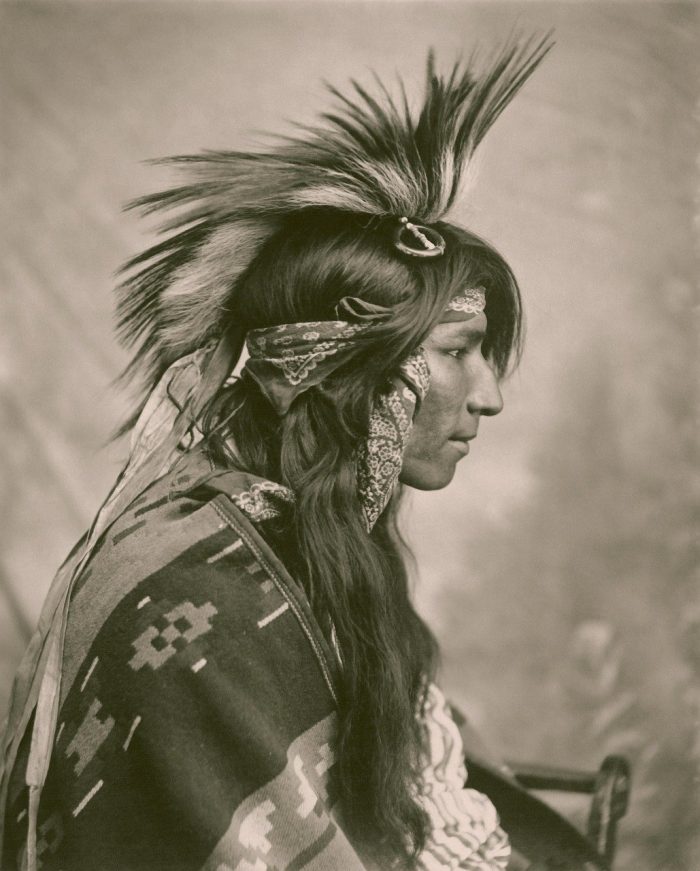 The first known European entered in 1690, and travelled up the Saskatchewan River in hopes of trading fur with the region’s indigenous peoples. The first permanent European settlement was a Hudson’s Bay Company post at Cumberland House, founded in 1774.

The Crown also entered into a series of numbered treaties with the Indigenous peoples of the area, now called the First Nations. Since the late 20th century, land losses and inequities as a result of those treaties have been subject to negotiation for settlement between the First Nations in Saskatchewan and the governments. 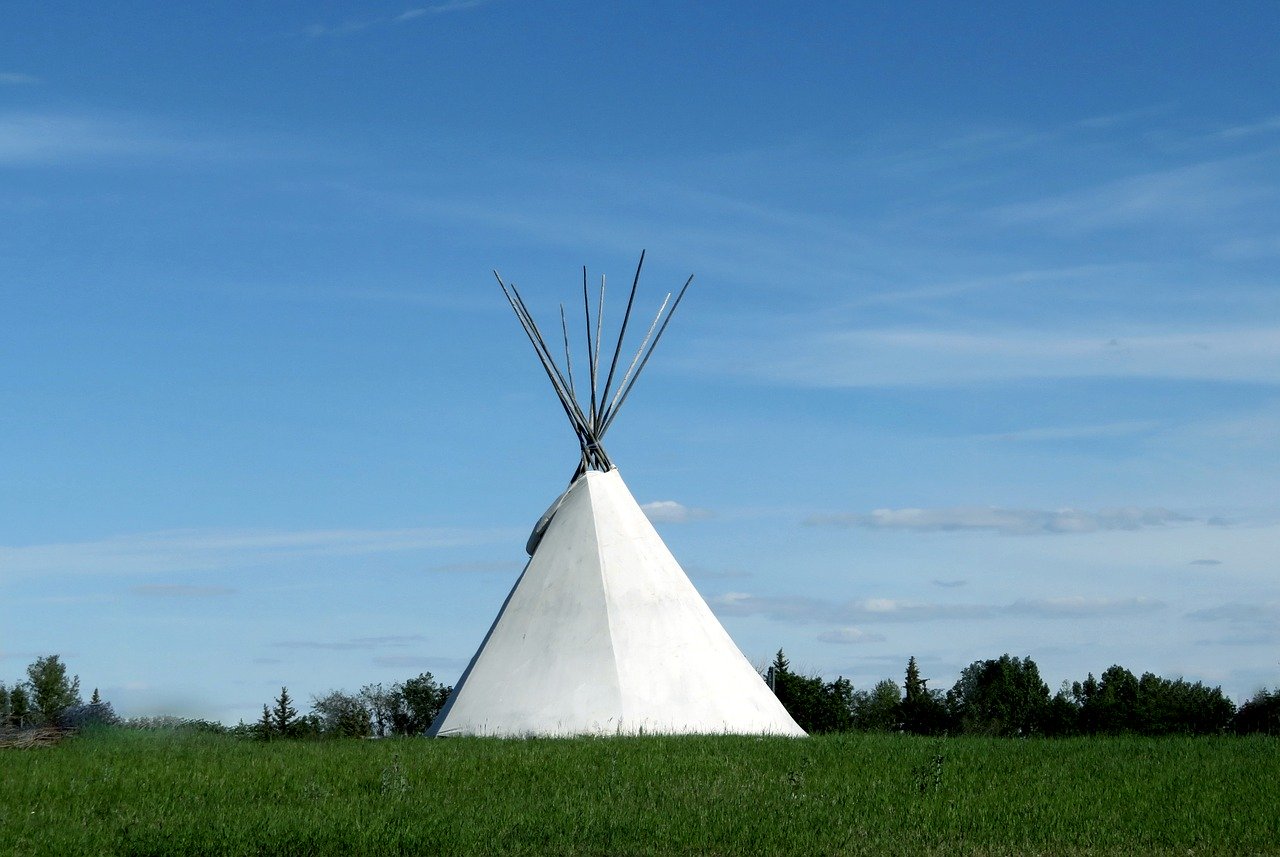 The Métis people, the descendants of relationships between Indigenous women and French or Scottish traders, had not been signatories to a treaty. Many of them had moved to the area north of present-day Saskatoon. In the early 1880s, the Canadian government refused to hear the Métis’ grievances, which stemmed from land-use issues. In 1885, the Métis staged the North-West Rebellion.

They were defeated by a Canadian militia brought to the Canadian prairies by the new Canadian Pacific Railway. Since then, the government has recognized the Métis as an Indigenous people with status rights and provided them with various benefits. 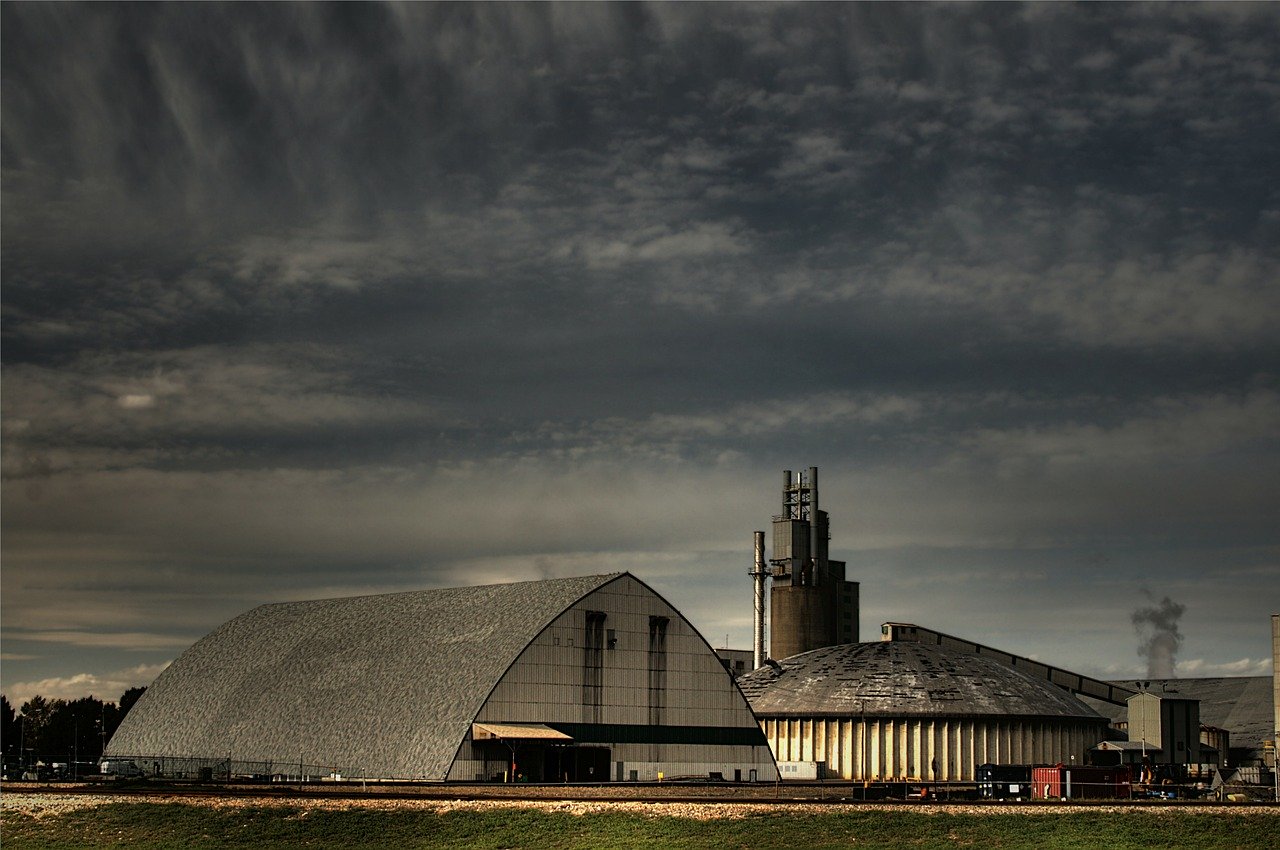 The federal government encouraged immigration. Settlers were allowed to acquire one quarter of a square mile of land (65 ha) to homestead and offered an additional quarter upon establishing a homestead. Highly optimistic advertising campaigns promoted the benefits of prairie living.

Reality was far harsher, especially for the first arrivals who lived in sod houses. The dominant groups comprised British settlers from eastern Canada and Britain, who comprised about half of the population during the late 19th and early 20th centuries.

By early 1900s, Saskatchewan became a province. Population quintupled, thanks to heavy immigration of farmers from the Ukraine, U.S., Germany, and Scandinavia. In 1916, Saskatchewan was the first province to give women the right to vote.

Since the late 20th century (and today), First Nations have become more politically active in seeking justice for past inequities, especially related to the taking of indigenous lands by various governments.

The federal and provincial governments have negotiated on numerous land claims, and developed a program of “Treaty Land Entitlement”, enabling First Nations to buy land to be taken into reserves with money from settlements of claims.

Saskatchewan’s population used to be primarily rural, but is becoming more urban. The province’s population was stagnant for many years but it has been growing now as the Oilsands, Potash, and Uranium development have driven an economic boom that mirrored Alberta’s.

Farming remains an important sector of the economy, though it is becoming economically nonviable. There are some attempts to grow other sectors of the economy, such as scientific research and technology. For example, a synchrotron has been built at the University of Saskatchewan in Saskatoon.

Resource extraction is also important to the province. From oilfields in the southeastern section of the province, Saskatchewan produces the second largest supply of oil in Canada. There are mining operations in various locations: potash in Kindersley, lignite coal in Estevan, and uranium deposits in the far north.

Things To Do In Saskatchewan 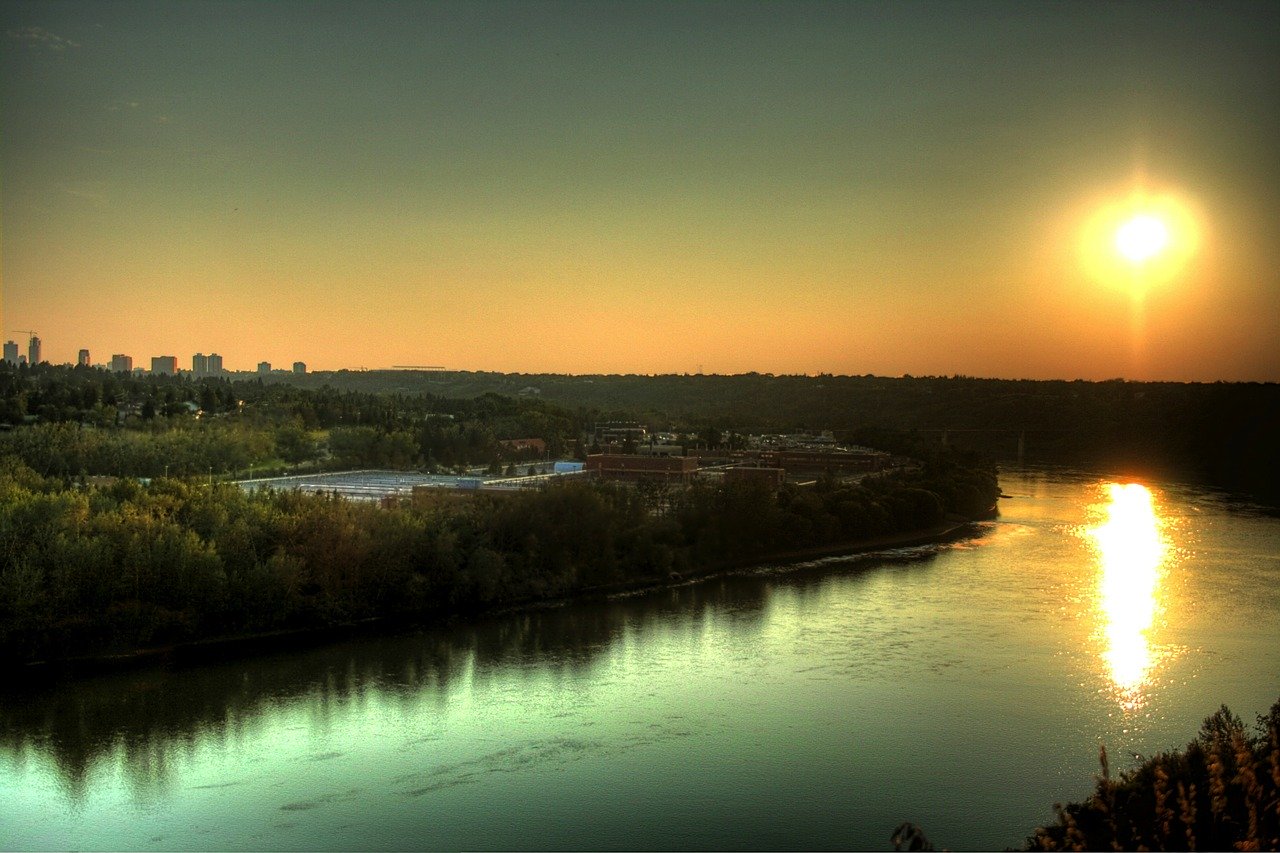 Sunset view over the Saskatchewan River

The trek to northern Saskatchewan has only one purpose, to experience untouched wilderness, canoeists and fisherman will be well rewarded by its waterways. 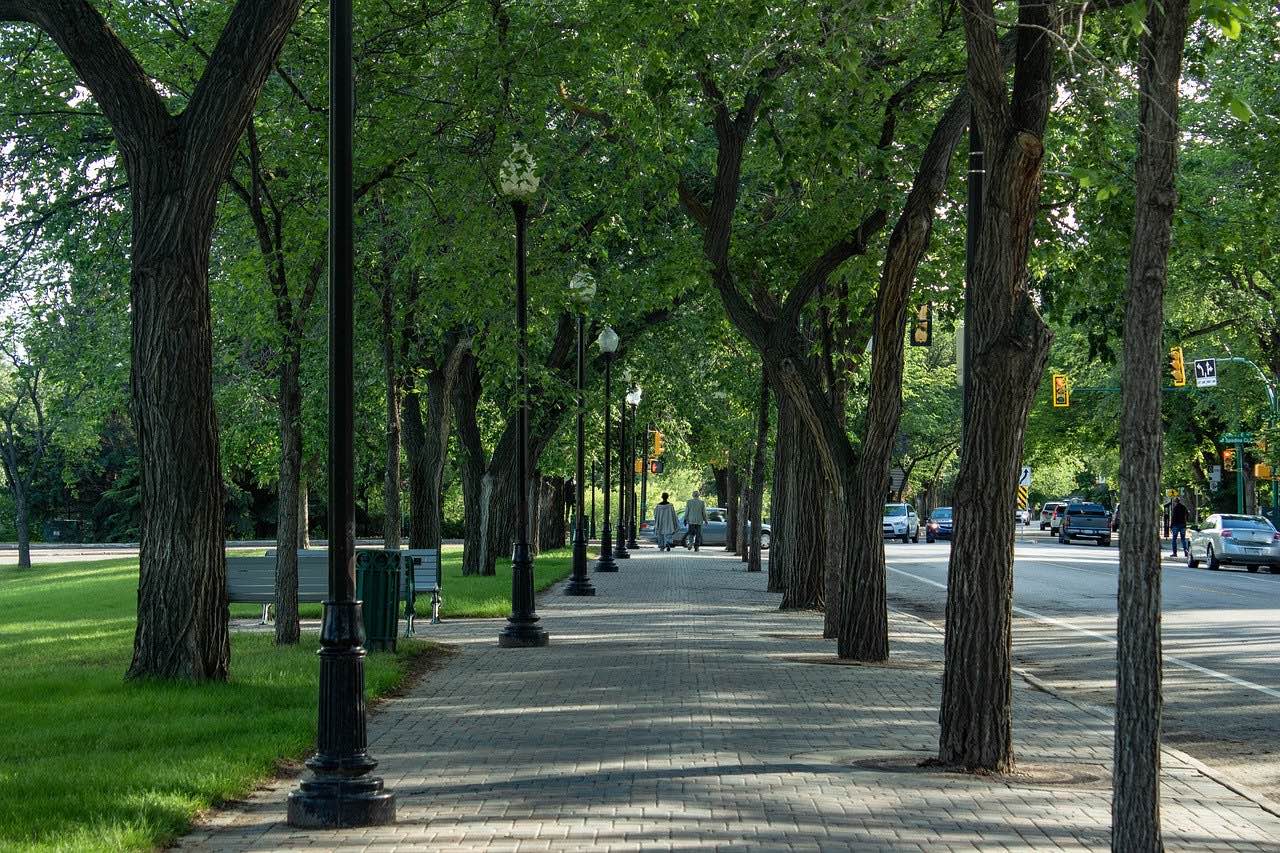 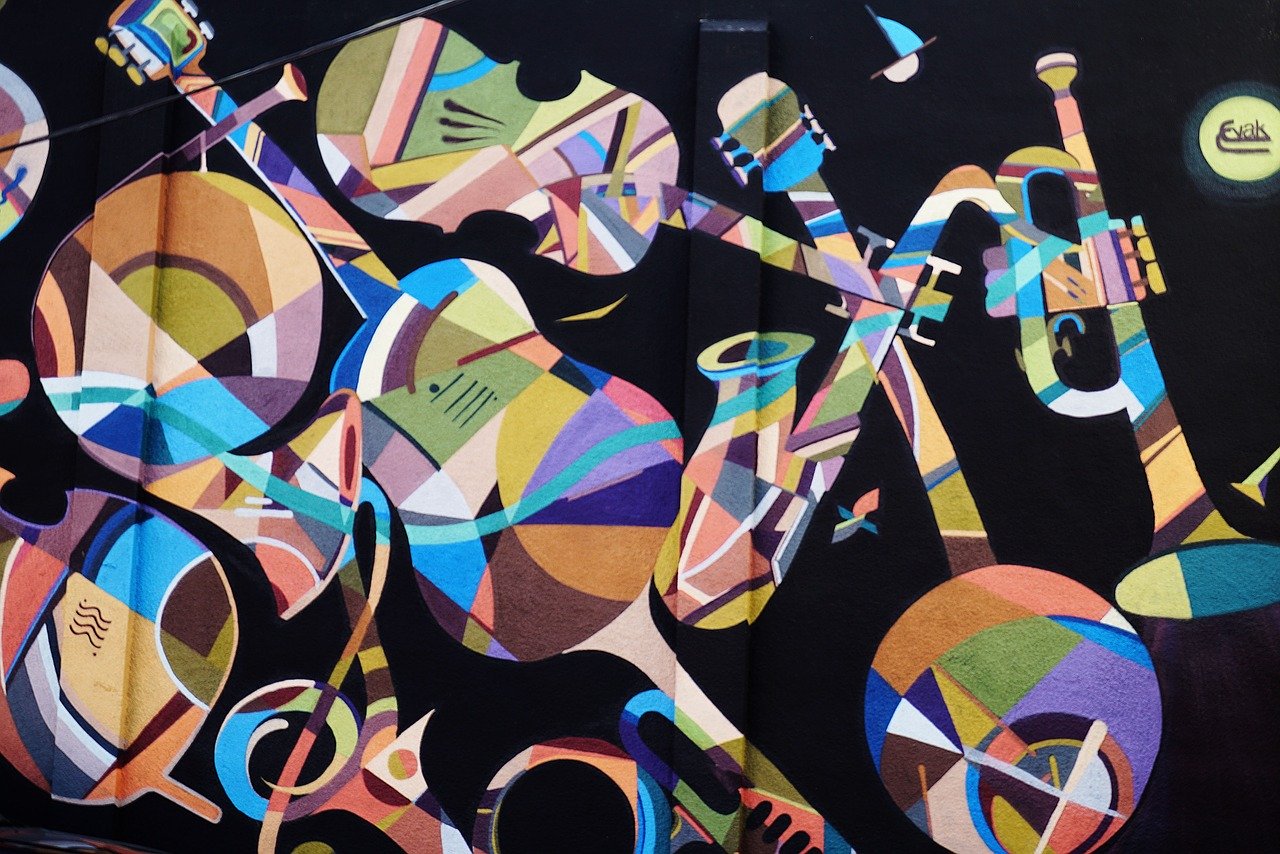 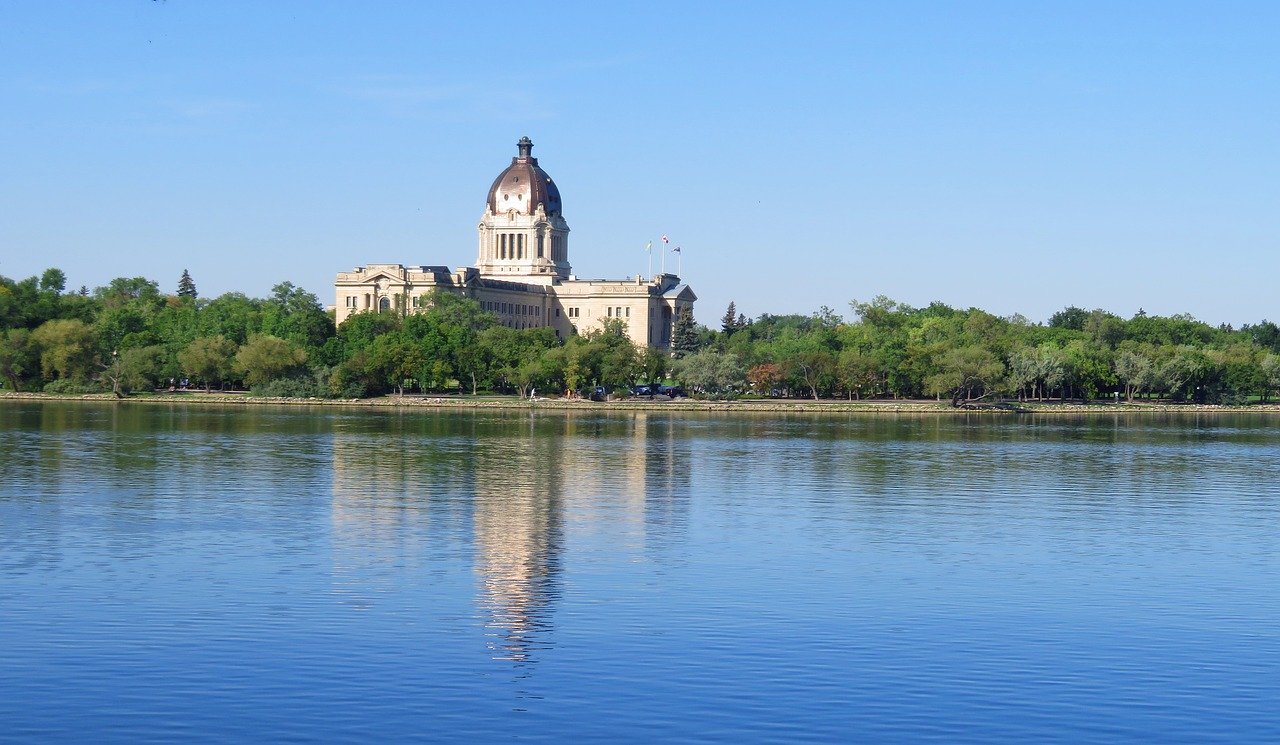 Drive out of the city and into the rural areas during the night. Not only will you see the amazing sky but you will have a strong possibility of catching the Northern Lights. Sunsets are also one of the highly recommended experiences.

Moose Jaw is home to the tunnels which run underneath the city. These tunnels are part of Moose Jaw’s mob history which earned it the nickname “Little Chicago”.

Saskatchewan is also the home of the RCMP Academy, Depot Division (commonly known as “Depot”) that has been providing police training to Royal Canadian Mounted Police “cadets” since its establishment in 1885. The facility is in the west part of Regina, Saskatchewan, near the airport, and consists of several buildings.

The RCMP Heritage Centre is next to the RCMP Training Academy at 5907 Dewdney Avenue. Through the use of permanent and temporary exhibits, multimedia technologies, and extensive programming, the Heritage Centre tells the RCMP story and educates Canadians and the world about the past, present, and future of the RCMP within Canada and abroad.

A very passionate pastime for Saskatchewan residents is to cheer on their Canadian Football League team: the Saskatchewan Roughriders.

Saskatchewanians are known for their loyalty and “Rider Pride”. A Rider game in Regina is always party and spectacle as many of the fans show up to the game wearing watermelons on their heads! 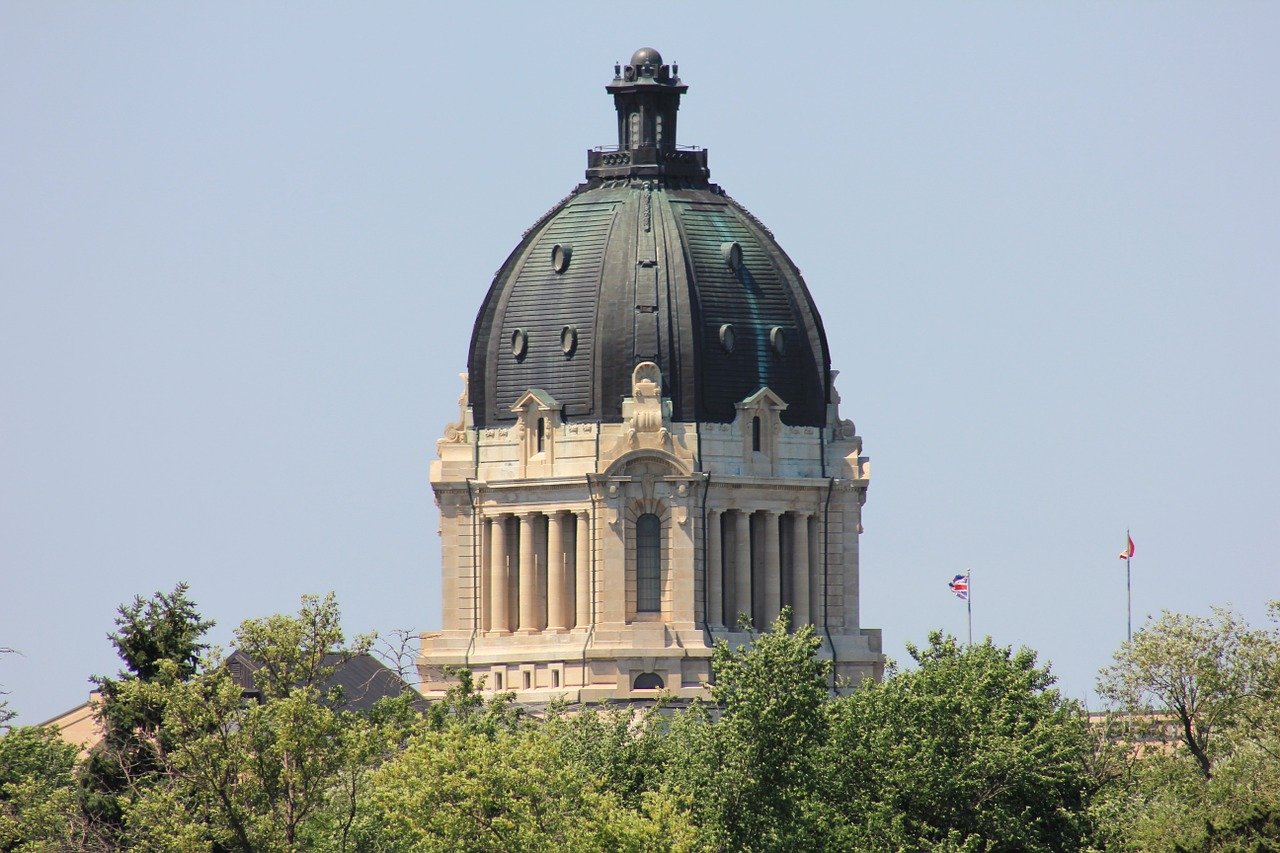 Saskatchewan receives more hours of sunshine than any other Canadian province. The province lies far from any significant body of water and has a northerly latitude, giving it a warm summer in the central and most of the eastern parts of the province; drying off to a semi-arid steppe climate in the southwestern part of the province.

Summers can get very hot, sometimes above 38 °C (100 °F) during the day, and with humidity decreasing from northeast to southwest. Warm southern winds blow from the plains and intermontane regions of the Western United States during much of July and August, very cool or hot but changeable air masses often occur during spring and in September.

Winters are usually bitterly cold, with frequent Arctic air descending from the north with high temperatures not breaking −17 °C (1 °F) for weeks at a time. Warm chinook winds often blow from the west, bringing periods of mild weather. Annual precipitation averages 30 to 45 cm (12 to 18 inches) across the province, with the bulk of rain falling in June, July, and August. 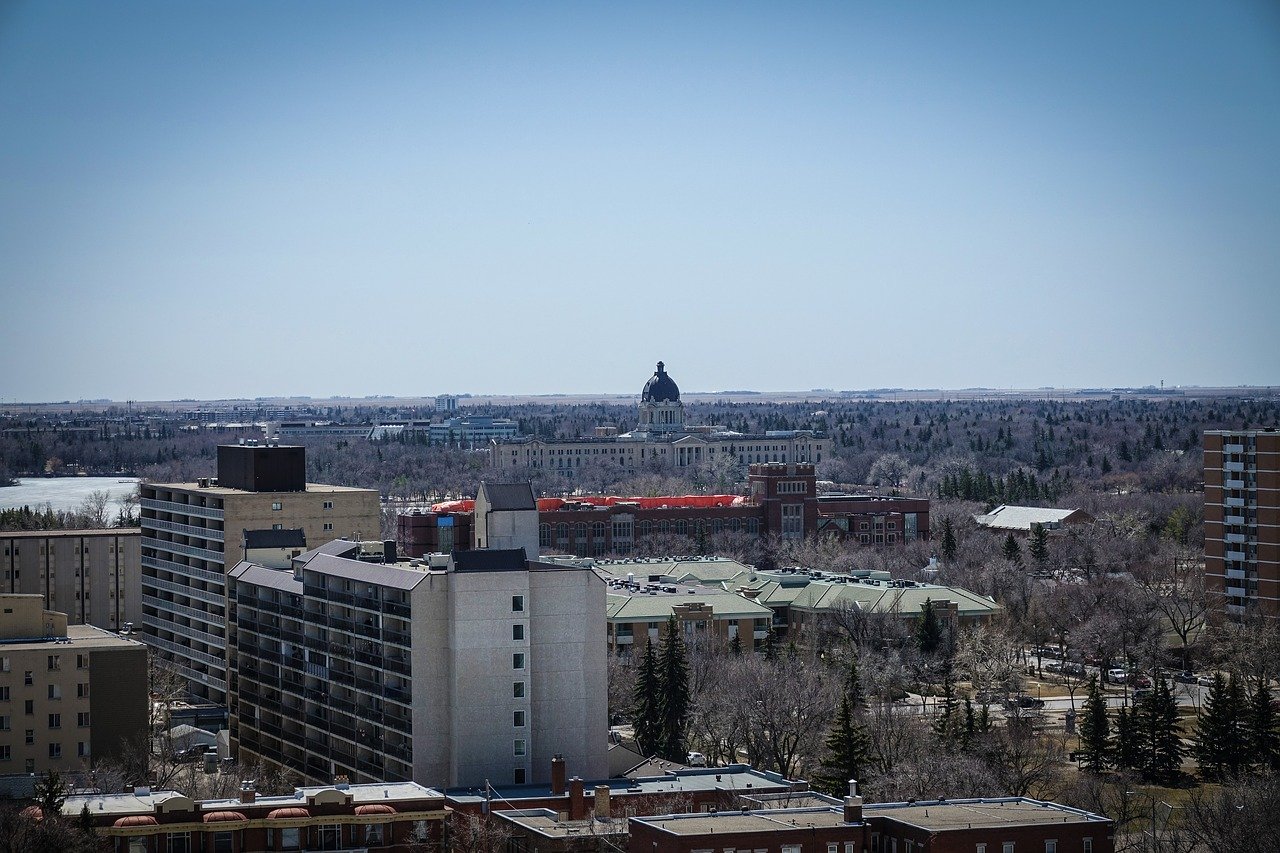 Saskatchewan is one of the most tornado-active parts of Canada, averaging roughly 12 to 18 tornadoes per year, some violent. Severe and non-severe thunderstorm events occur in Saskatchewan, usually from early spring to late summer. Hail, strong winds and isolated tornadoes are a common occurrence.

The Trans-Canada Highway (Highway #1) runs across the southern portion of the province (including Regina and Moose Jaw), connecting Saskatchewan to Alberta and Manitoba. 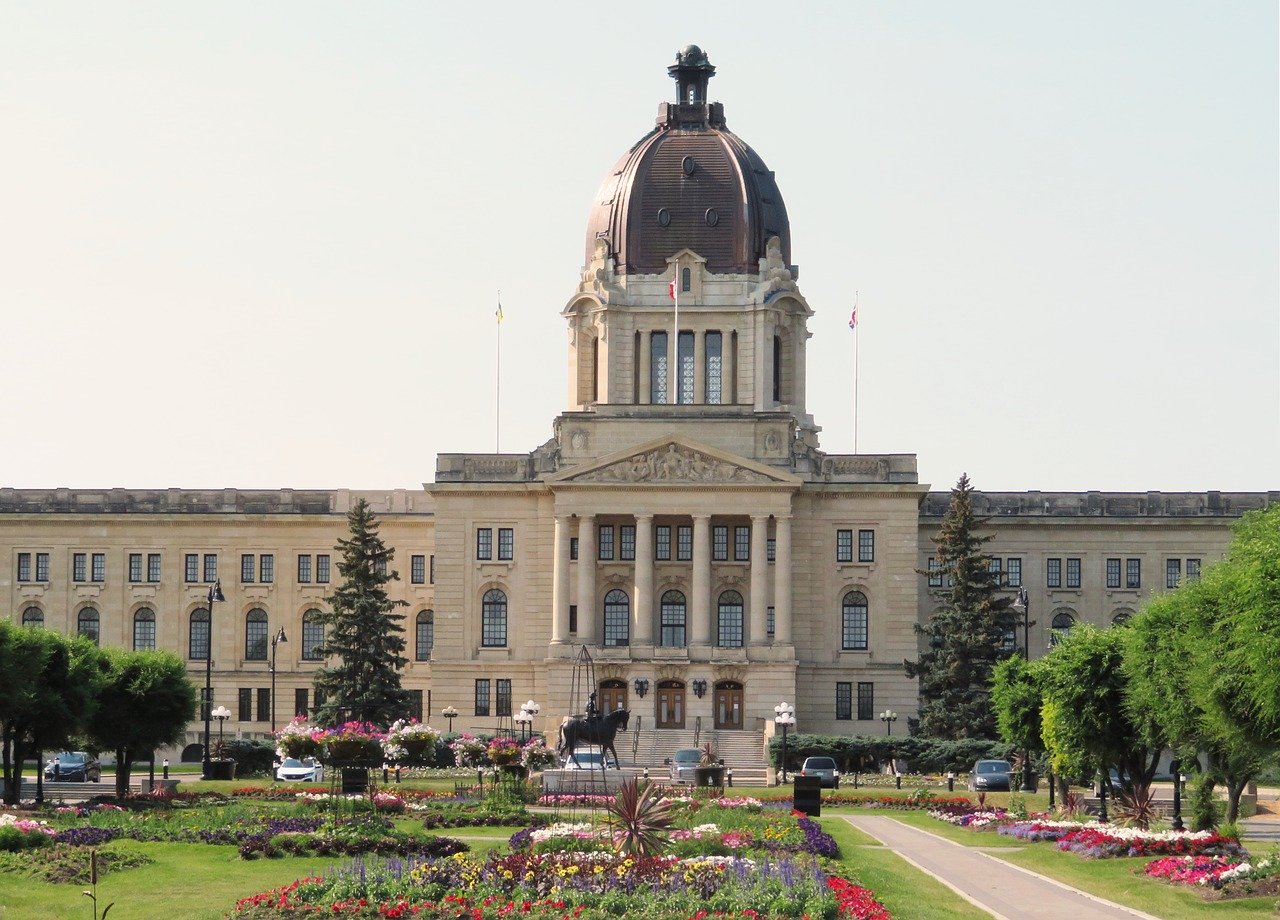 Driving is the most common way of traveling around the province, and you may find it convenient or necessary to rent a car. It is best accessed by rental car however travelers should be aware that communities are separated by great distances in the provinces north and services are limited.

Trains cross the central part of the province, stopping only at Unity, Saskatoon, and Watrous.

Bus service 4 times daily between Regina and Saskatoon. Service between Regina, Saskatoon, Davidson, and North Battleford; and to Edmonton, Lloydminster and Vegreville (Alberta).

Because of the large distances involved, travel to the northern parts of the province is often by airplane, with services provided by Transwest Airlines.

Pemmican and Bannock are a few of the historical foods of the Cree First Nation Indigenous peoples. Bannock is easy to prepare and combine with local berries, the dough can be cooked over the open fire suspended on willow stick, and tastes similar to biscuits.

Early settlers survived by learning from the First Nations which flora and fauna of the land were edible and how to prepare. Thereafter, the land was tilled, and agricultural practices and trading economies allowed each ethnic group to plant and cultivate the foods necessary for the recipes of their home land.

Each ethnic group has brought their unique flavor and recipes to Saskatchewan, and these are celebrated today in folk festivals across the province.

The drinking age in Saskatchewan is 19. Great Western Brewing operates the old Molson brewhouse in Saskatoon. They produce beers ranging from extra-gravity malt liquor to mid grade amber and pale ales. There is a provincial law basically giving anyone that operates a “brewpub” automatic off-sales privileges.

Because of this, many bars have started extract-based “brewpubs” in order to acquire their off-sales license. These beers are very poor quality compared to beers made from true ingredients.

In small towns, locals prefer cheap beer and rye whiskey. One local favorite is Old Style Pilsner, a no-frills brew with a most unique label.

Saskatchewan is generally a safe place to visit and most people are generally friendly. Some parts of the larger cities, such as Saskatoon, Regina, and Prince Albert, have seedier areas that should be avoided at night. Most tourists have no need to be in those parts of town anyway.

Winters can be extremely cold, and when combined with heavy snowfall and wind, blizzards can make driving dangerous.

Many of Saskatchewan’s highways have been poorly maintained, and when combined with icy pavement or heavy traffic, they can be dangerous for inexperienced or inattentive drivers.

Many rural roads are unpaved, so drivers unfamiliar with gravel roads should take their time.