Nunavut is a territory in northern Canada which contains Canada’s northernmost lands. The territory also includes all of the islands in Hudson Bay.

With a tiny permanent population, Nunavut covers a land area larger than Mexico, divided between mainland North America and an archipelago in the Arctic Ocean.

Note: Almost 85% of the people are part of an Indigenous group called the Inuit. They used to be called Eskimos, but this word is no longer used in Canada, and may be considered offensive by some.

Nunavut is one of the most sparsely populated regions of the world. The immense territory includes most of Canada’s Arctic Islands, from Baffin Island in the territory’s southeast, where the capital Iqaluit is located, to Ellesmere Island a few hundred kilometres from the North Pole.

The region which is now mainland Nunavut was first populated approximately 4500 years ago by the Pre-Dorset, a diverse Paleo-Eskimo culture that migrated eastward from the Bering Strait region.

The Thule people, ancestors of the modern Inuit, began migrating into the Northwest Territories and Nunavut from Alaska in the 11th century. By 1300, the geographic extent of Thule settlement included most of modern Nunavut.

The migration of the Thule people coincides with the decline of the Dorset, who died out between 800 and 1500.

Helluland, a location Norse explorers describe visiting in the Sagas of Icelanders, has been connected to Nunavut’s Baffin Island.

The written historical accounts of the area begin in 1576, with an account by English explorer Martin Frobisher.

While leading an expedition to find the Northwest Passage, Frobisher thought he had discovered gold ore around the body of water now known as Frobisher Bay on the coast of Baffin Island.

Nunavut doesn’t have “cities” in the sense that southerners would recognize, just small towns.

Things To Do In Nunavut

The capital, Iqaluit, has a few buildings of interest: the territorial legislature, a museum, and an igloo-shaped Anglican Church.

The Aurora Borealis can be easily seen from October to March in the centre of the community, but by taking a walk out of the town, they can be more spectacular.

Inuit people have many legends about the auroras, which can be heard by talking to people in Rankin.

The midnight sun adds a magical element to travel in the Arctic. Winter is the time of darkness, but in summer, daylight lasts almost 24 hours in the more northerly communities.

In Gjoa Haven, you can explore sights associated with the Sir John Franklin’s 1845 lost expedition and Norwegian explorer Roald Amundsen.

About 100 km east of Resolute, you can visit Beechey Island, the Franklin expedition’s first wintering location.

Artcirq is an Inuit circus performance collective based in Igloolik. It blends techniques of modern circus arts such as acrobatics, juggling, and clowning with traditional Inuit cultural practices including Inuit traditional games, throat singing, and drum dancing to create meaningful and original work through performing arts, music, and video.

Guided excursions around the island and Arctic expeditions further afield organized by outfitters (there are several in Iqaluit) are the principal way of seeing Nunavut’s truly great outdoors.

Summer activities include trekking, and boat and fishing tours in Frobisher Bay. In the winter months, dog-sledding journeys are an excellent way to get out and explore the landscape.

Marine wildlife watching is particularly good in Resolute Bay: pods of beluga and narwhal can be seen from the beach as they head to their summer feeding grounds.

A walk five minutes outside a community like Rankin Inlet will give you the opportunity to see terrain which appears untouched by humans.

Spring and summer brings wildlife like squirrels, which are everywhere, chattering incessantly from their perches, as do peregrine falcons and gyrfalcons.

Keep a watchful eye on the area to see loons, geese, swans and cranes, which will keep photographers busy.

Its name means “the land that never melts”, and it includes many terrains of the Arctic wilderness, such as fjords, glaciers, and ice fields. 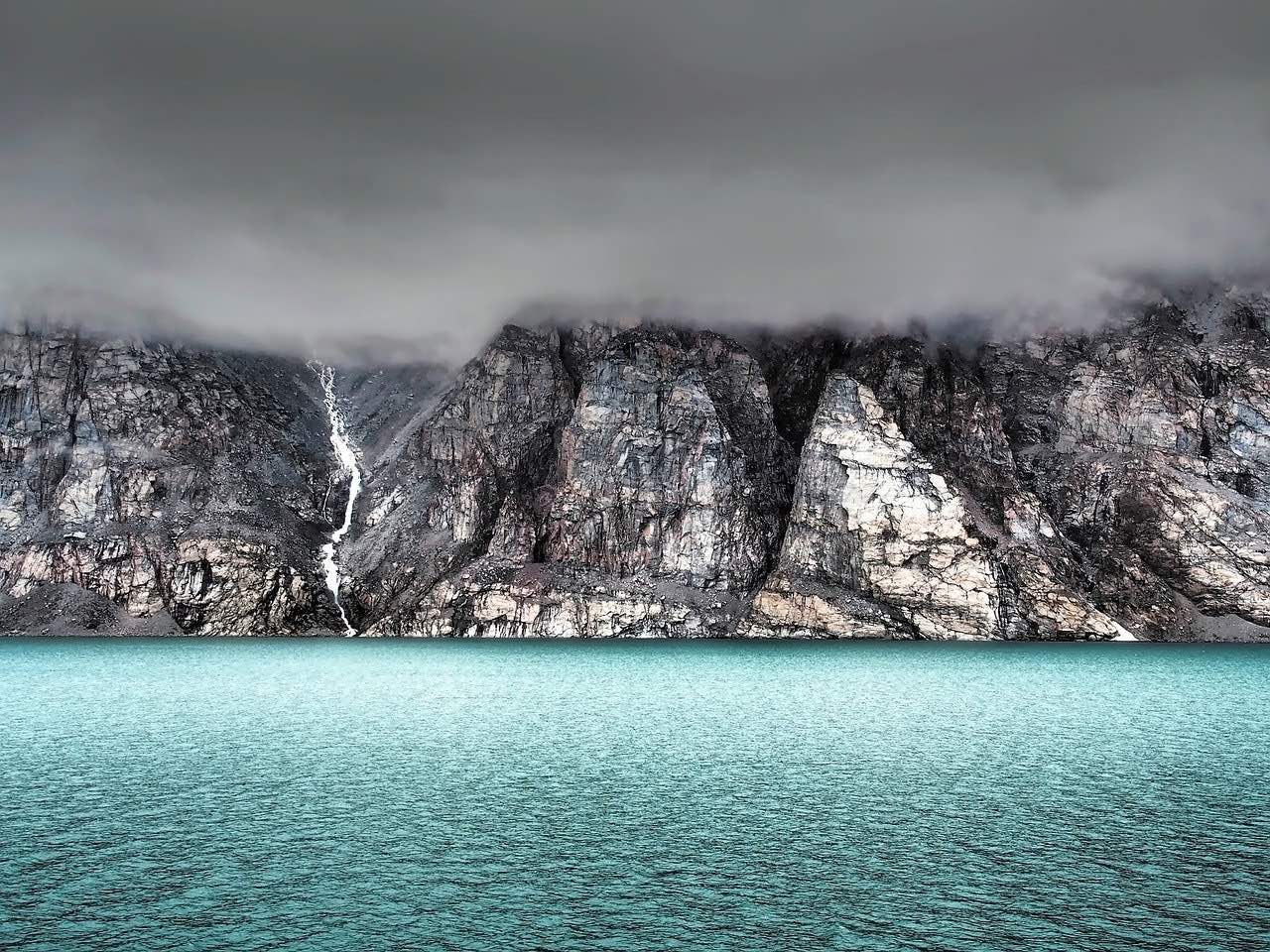 Canada’s largest island, in the eastern portion of the territory of Nunavut.

The land nearest the geomagnetic north pole, which used to pass through the island.

Called Tatlurutit in Inuit, the world’s largest deserted island… with a cemetery, the northernmost in the world.

Protecting a huge area of polar desert on Ellesmere Island, accessible by charter tours, the launching point for trekking to the North Pole.

The “place of glaciers” consists of three parcels on Baffin Island.

A park with more than 400 documented archaeological sites, near Repulse Bay on the mainland of Nunavut.

The remote meeting point of the borders of Nunavut, the Northwest Territories, Manitoba and Saskatchewan.

Nunavut experiences a polar climate in most regions, owing to its high latitude and lower continental summertime influence than areas to the west.

In more southerly continental areas very cold subarctic climates can be found, due to July being slightly milder than the required 10 °C (50 °F).

Access is only by air: there is no road or rail from the south. Every settlement has a least a landing strip.

Exploring Nunavut by cruise ship is a popular, but expensive option. Adventure Canada, Quark Expeditions, and EYOS Expeditions do cruises to the territory. 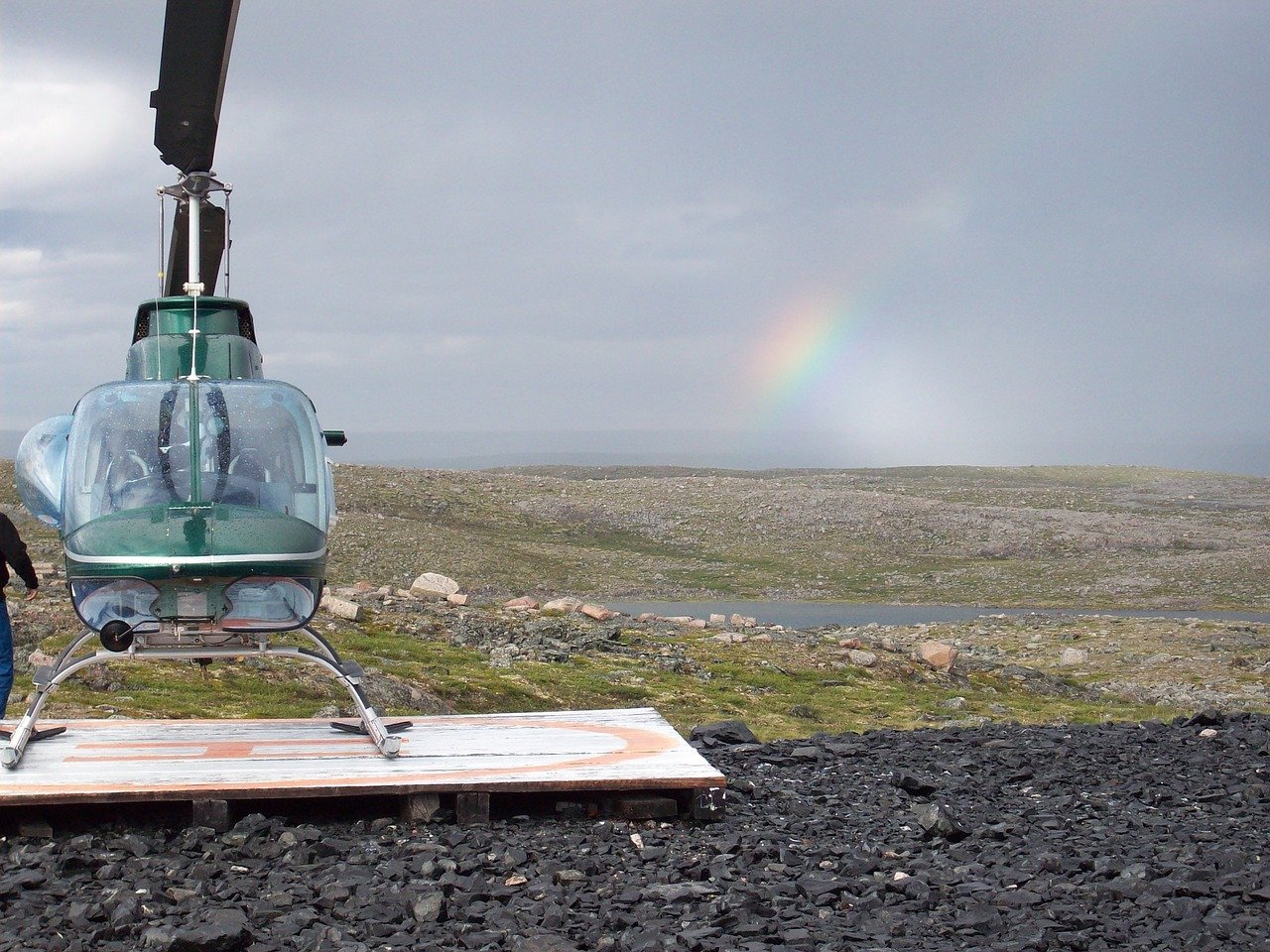 In the smaller communities (less than 3,000), ATVs and trucks are used during the short summer (when there is no snow).

In the winter, snowmobiles are the main way of getting around. Dog sleds are also used but owning and maintaining a dog team can be a very costly endeavor.

Getting to and from the different communities can only be done by air; there are no roads linking the different population centers in the territory.

The official languages are English, French, Inuktitut, and Innuinaqtun. Around 65% of people living in Nunavut speak Inuktitut as a first language, and the language is co-official with English and French in the territory.

“Nunavut” means “our land” in Inuktitut, the language of the Inuit.

Inuktitut is the traditional language spoken by the Inuit people, and is closely related to Greenlandic. It is a somewhat hard language to learn for the English speaker, and most English speaking people won’t even be able to read it because it is written in its own unique script.

Though most Inuit probably speak English, it would be a good idea to learn a few key phrases or bring an Inuktitut phrase book along. Learning the script in any case is relatively easy to do.

French may also be useful, though not necessary. In the more remote places, Inuktitut may be necessary. Public signage is generally bilingual in Inuktitut and English.

Try some traditional Inuit food, such as raw seal meat. For many Inuit, hunting is still the primary way of acquiring food, so many northern foods can be bought from local fishers or hunters and cooked.

Caribou meat is another popular meat in the area.

Arctic char has been a staple food for thousands of years. It is a sustainable fish related to salmon and trout that is valued for its delicate taste, striking color, and health benefits.

The main grocers are Co-op and Northern, a common grocery for Nunavut. Because most food is shipped in on planes, be prepared to pay extraordinarily high prices for perishables, such as milk, fruit, and vegetables.

During the short summer, foraging for wild plants such as mountain sorrel, snow-bed willow, Labrador tea, lamb’s quarter, violet and shepherd’s purse has been an important supplement to the Inuit diet.

Country food is often accompanied by imported sauces, such as soy sauce, or traditional sauces made from caribou or seal.

Some towns may offer small restaurants or coffee shops.

As with food, accommodation is very expensive in Nunavut. Expect to pay premium prices for fairly basic accommodation. For example, a B&B in Iqaluit, the largest town, can easily cost over a hundred dollars a night.

Wireless network service are now available at towns and hamlets. Qiniq and Bell Mobility are the service providers.

Despite government subsidy, rates are somewhat higher due to high maintenance cost associated with the cold weather and small customer base to distribute the cost. Satellite phones are better choice if you’re outside of these settlements.

There is no 9-1-1 emergency number in Nunavut. Use the local seven-digit numbers to reach individual emergency services in each community.

Read out guides on cold weather, winter driving, and dangerous animals for advice which will be relevant to many travelers in the Arctic climate.

Categorized in: Off the Grid, Destinations, Adventure Travel, Extreme Places