Mont Saint Michel is a small UNESCO World Heritage site on an island just off the coast near Avranches in the region of Lower Normandy in Northern France.

Mont Saint-Michel is also one of the top tourist attractions in France and as well as one of the oldest and most traditional French Islands. Numerous tourists visit the island every year. In the past this island was a part of the mainland. But the tide of the sea washed away the surroundings, separating the island from the mainland. 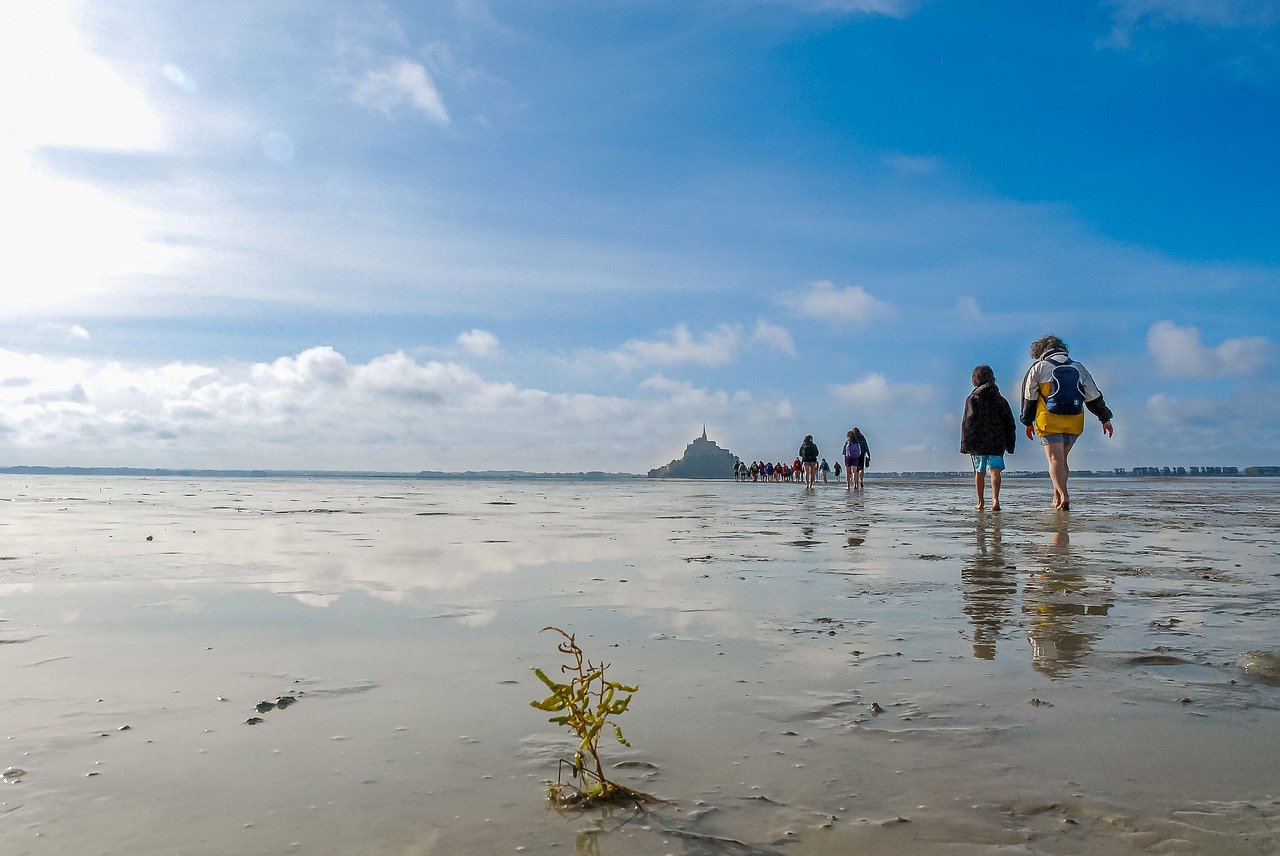 Located off the coast of northern France, this small island is surrounded by rough seas and roaring rocks. In the midst of the blue waters of the horizon, this small island seems to be peeking out like a picture painted by an artist.

Maybe that’s why Mont Saint-Michel’s popularity is so different from other places of interest in France.

Top Things To Do

The island is best known as the site of the spectacular and well-preserved Norman Benedictine Abbey of St Michel at the peak of the rocky island, surrounded by the winding streets and convoluted architecture of the medieval town. 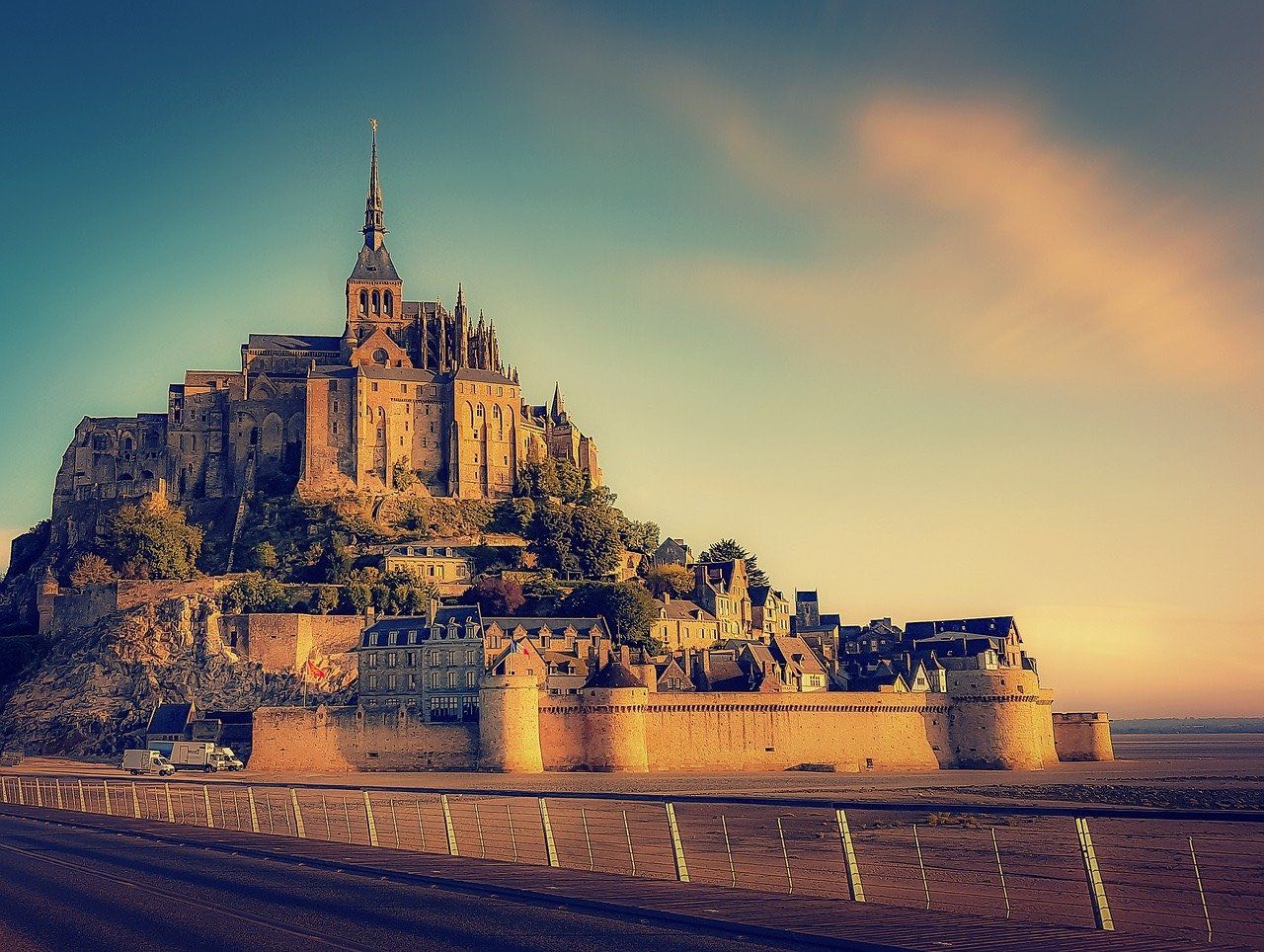 After the island was separated from the mainland, a wooden bridge was built in 1879 to connect the island with the first mainland. However, during high tides, the island’s communication with the mainland is often cut off.

Therefore, a new bridge was built in 2014 to keep the island connected, providing easy access to the island at all times, and in every season, high tide or not.

In simple words, the super tide is a very big tide. Such terrible tides often called as Supertides is seen every 18 years. The last time this terrible tide happened was in 2015. The combined gravitational force between the moon and the sun during eclipse can cause Supertides.

The height of this 2015 Supertide was 46 feet (note, normal tide has a maximum height of 18 feet), which is almost three times higher than normal.

Unusually, after the Supertide, the tidal water flows very fast into the sea, leaving a vast expanse of sand. This is how the vast sandy beach wakes up here every 18 years. Unable to resist the urge to walk on this rare sandy beach that suddenly wakes up in the middle of the sea, many people come here. This beach, which had been awake for a short time, will soon disappeared into the sea. 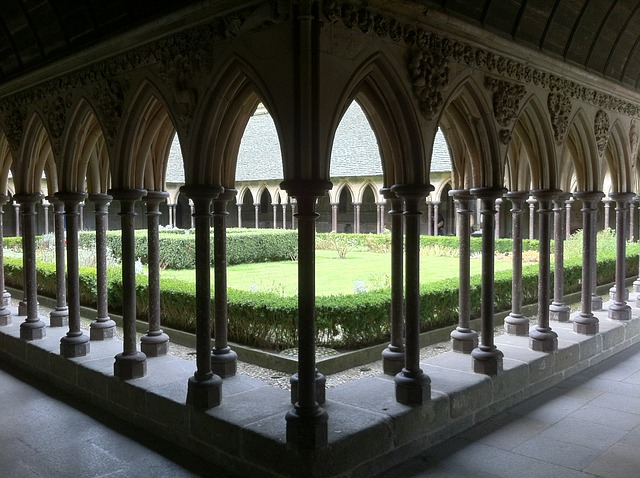 One of the main attractions of Mont St. Mitchell Island is a beautiful fairytale castle. This wonderful attraction attracts a large number of tourists from all over the world every day.

Although this fort is well known as Ashram. A small monastery was built on the island in the early 8th century. In addition to this monastery, there are several other buildings on the hill at Mont Saint-Michel, most of which were built in the 13th century in the Gothic style.

Seeing all this, innumerable tourists flock to this island every day. Despite the crowds of tourists, the island has some permanent residents. Tourists visiting the island are one of the most important means of livelihood for the local residents.

In 1979, Mont St. Mitchell was declared a UNESCO World Heritage Site. Since then, Mont Saint-Michel ‘s fame has spread throughout the world, and people from all over the world have flocked to the island in droves.

This small island, which woke up in the middle of the sea hundreds of years ago today, has witnessed many historical events. For example, despite many attempts during the Hundred Years’ War, the British were unable to occupy the island in any way. 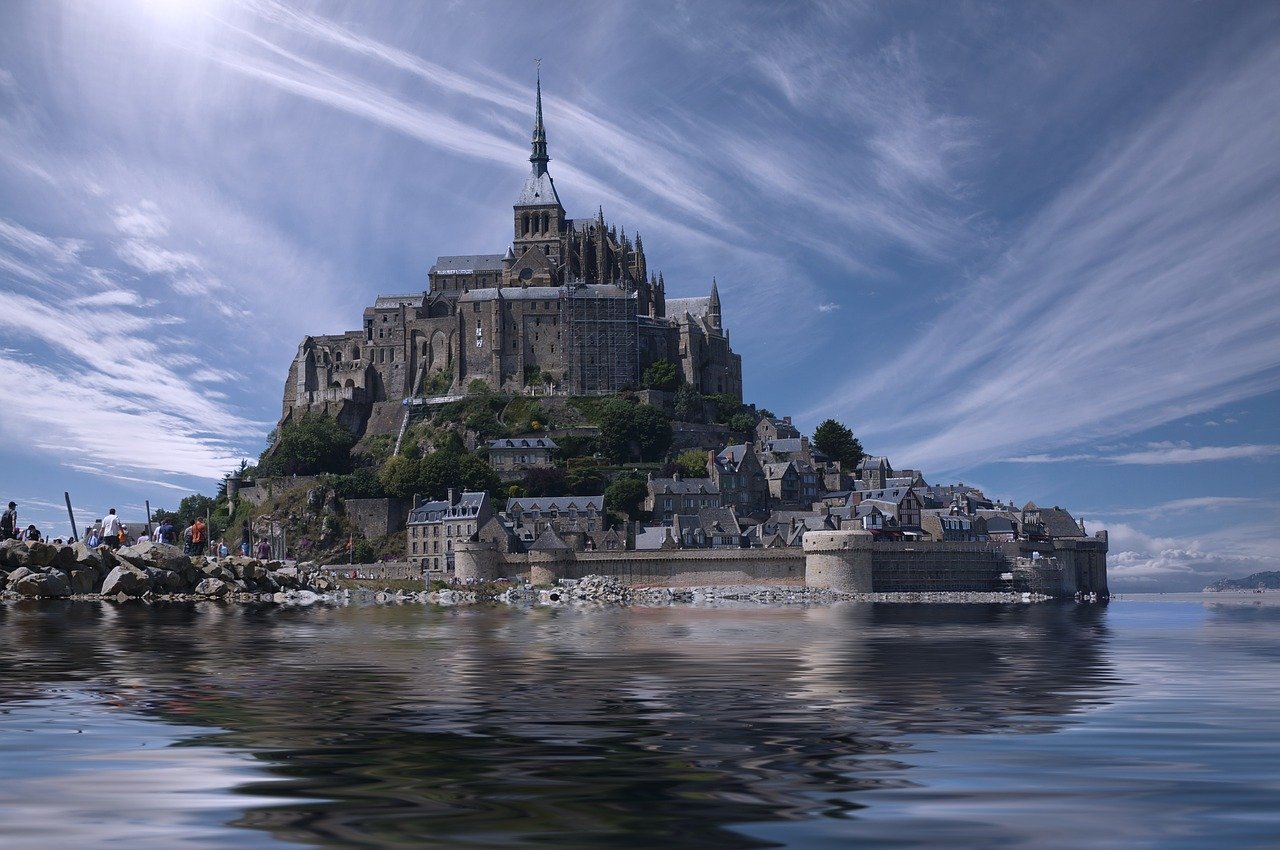 Many companies provide guided walks across the bay of Mont St-Michel during low tide. Walks are done barefoot, and in shorts due to the muddy ground and potentially knee-high water.

Walks are typically one-way, start at a beach such as Genets, and end after reaching the mount. Foot-washing stations are provided at the mount to clean muddy feet.

Guided roundtrip walks starting from the mount are also available and typically last 3-4 hours. Most walks are conducted in French, so check carefully before booking if you don’t know French.

The island is located in Normandy, France. Whose location is on the coast of northern France. The transportation system on this island is very good. It is very easy to go directly to this island by boarding any vehicle by land except train.

However, if you want, you can go a little way by train and the rest of the way you can take another vehicle. Because there is no direct train to this island.

The most convenient way to get to Mont Saint-Michel is by car or motorbike. Moreover, it is very easy to travel by bus to this island.

Note: These schedules may change at any time subject to conditions. So before going on a trip to this island, find out about the exact schedule collected by the specific authorities. 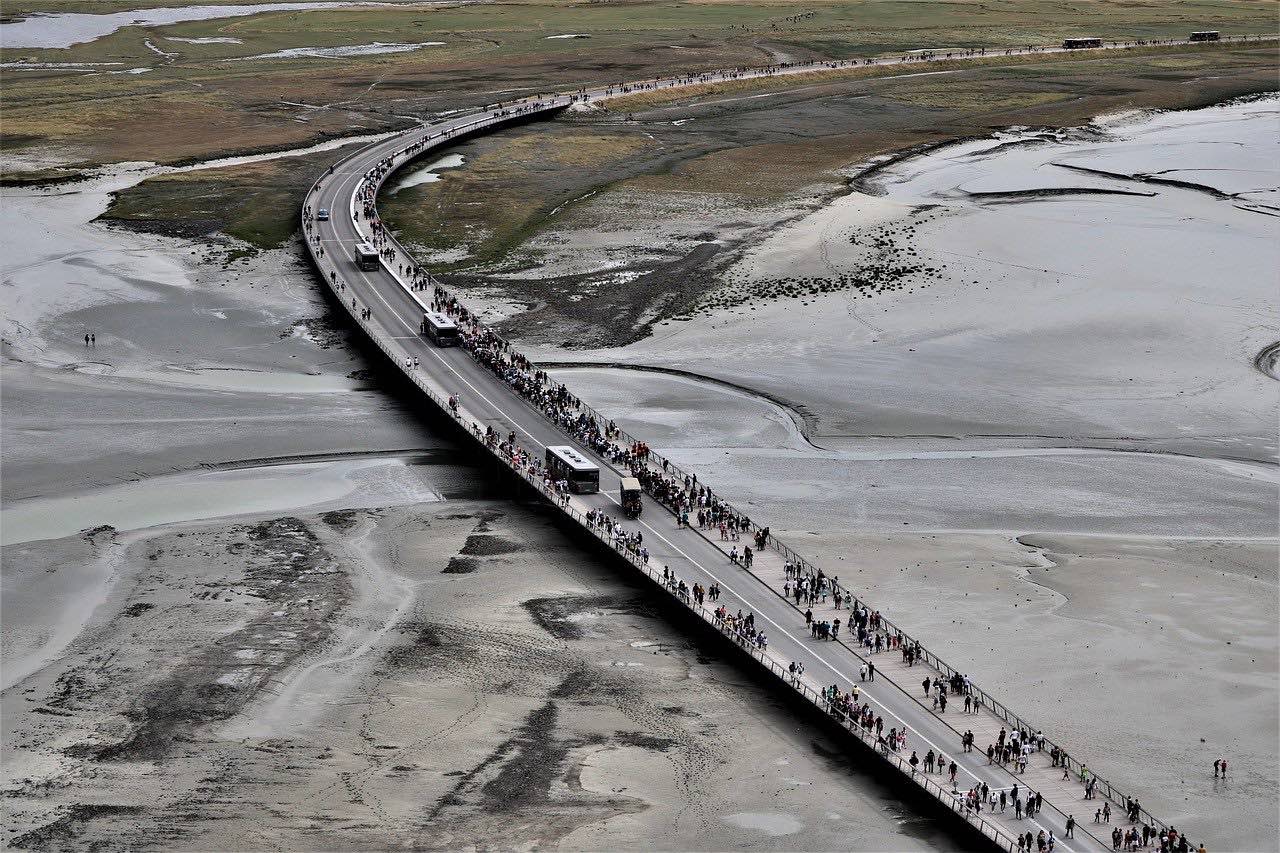 WARNING: Attempting to reach Mont Saint-Michel by any other route than the causeway/bridge can be dangerous. It is not unheard of for tourists to drown after being cut off by the tide, and the deep mud and quicksand surrounding the island can be treacherous. In addition, do not attempt the crossing when the dam on the Couesnon River is discharging water.

Hi! I’m Tanvir Rahman. I’m from Bangladesh. I’m a college student and I like to travel and also like to write about my travels. As a guest writer, I have written for a few travel websites. I also have my own travel website –  Travel All Information. please check it out to get various information about popular travel sights around the world.