Located on the French coast of the Mediterranean Sea, the French Riviera (Côte d’Azur) has the glitz and glamour rivaled by few places on earth.

Although the Riviera is famous for the glamour of St. Tropez, Monaco, or the Cannes Film Festival, there are many other less well-known attractions, such as the perched villages of Èze and Gourdon, the perfumeries of Grasse and the glass blowers of Biot, the potters in Vallauris.

The French Riviera has been the inspiration for many well-known artists such as Picasso and Matisse, and many of their works are on display in local museums and art galleries. 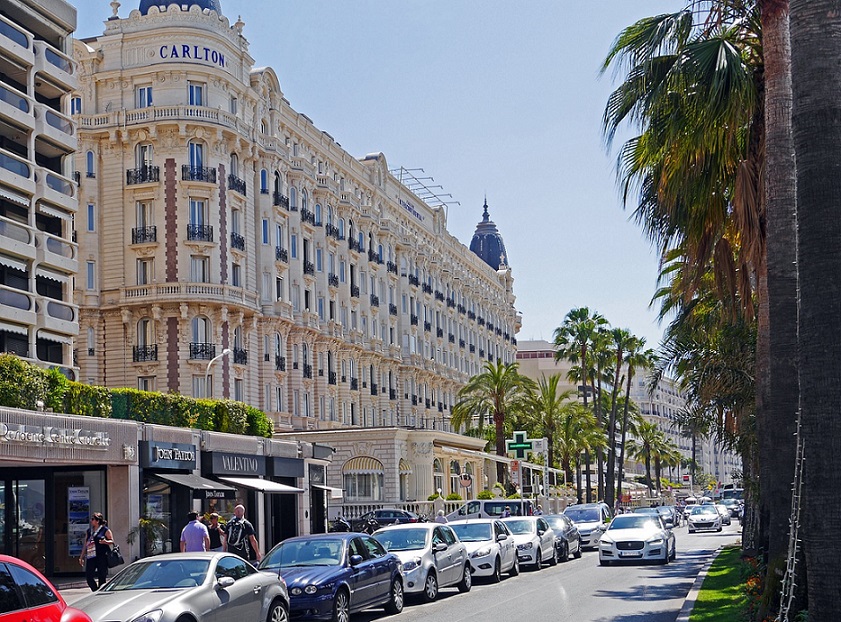 Things To Do In French Riviera

There is a lot to explore in French Riviera. However, one big problem that the Riviera faces is its popularity.

During the summer months (July and August) the Riviera is very, very crowded (to the point that you won’t enjoy your visit). Therefore try to visit during the non-peak season unless you are dropping big bucks doing all luxury tours and stays.

The Riviera is well served with roads and railways, and Nice Airport is one of the busiest in France.

If you are traveling by car then you should probably arrive using the A8 motorway from Aix-en-Provence or from Italy. The French department name for this region is Alpes Maritimes and the backcountry is extremely hilly.

Driving from Geneva, Avignon or Turin as the crow flies is extremely scenic – however, it is also mountainous, slow and not for those who suffer from car-sickness.

Major towns such as Cannes and Nice are also served by express trains from Paris as well as (for Nice) trains from Genoa and other places in Italy. While Nice and Cannes themselves are not on a high-speed line, Marseille is.

This means that the trip from Paris to Marseille takes only three hours, whereas the rest of the trip to your ultimate destination can take two hours or more.

Booking in advance comes highly recommended, as many offers sell out quickly. If you are coming from London, you can take a direct Eurostar (remember to be at the station half an hour or more prior to departure for passport control) to Marseille from where it is another two hours on a French train to Nice.

The Riviera has an adequate bus and train service. Most towns and villages also have taxis.

However, if you intend to do a lot of sightseeing between towns relatively far from one another as opposed to just lying on the beach or sightseeing in and around one of the larger cities, then you should probably have your own vehicle, despite the dangers of driving here.

Driving a car on the Riviera is only for the brave, the region has one of the worst accident records in France (which is saying something) and every local has his or her favorite story about a mad driver. At vacation times the driving situation is exacerbated by the hordes of tourists from different countries who have completely different driving styles.

The primary artery is the A8 Autoroute which stretches from the Italian border (there is an Italian Autostrada the other side) to Aix/Marseille. The A8 stays close to the coast from Cannes to Italy; west of Cannes, it heads more inland with a spur down to Toulon.

Between Cannes and Italy, there are a number of “Penetrantes” – that is roads that penetrate inland from the A8 towards (and through) the mountains. Apart from the penetrantes and the A8 most roads are narrow, very curvy and hilly when inland and extremely crowded when by the coast.

It can be very pleasant to drive these roads as part of a tour but if speed is required it is generally quicker to take the indirect route using the A8.

One additional feature of the roads of this region is that the builders seem to like roundabouts (traffic circles).

This leads to two problems – firstly there seem to be a considerable number of people who seem unable to grasp the concept and do unexpected things such as reversing and secondly many of them are wrongly cambered which means that if you take them too fast you end up skidding off the side.

If you drive into Monaco you can, in fact, drive most of the Grand Prix circuit but do NOT try racing it – the Monaco police do not have a sense of humor. On the way to Monaco, you can drive the roads where James Bond has exciting encounters with Russian secret agents and where Princess Grace died.

Although the police are cracking down on drunk drivers, many drivers especially late on Friday night are clearly less than 100%. Driving defensively is a really good idea.

Finally, the French government is introducing speed cameras around France, and there are a few cameras along the highway.

There is one main line from Italy via Monaco/Nice/Cannes and then off towards Marseille. If you must visit Cannes during the Film Festival or Monaco during the Grand Prix then it is strongly advised to take the train from some station a little distance away.

The train gets you into the middle of the action and you don’t have to find a parking space or battle with 50,000 other people trying to get down the limited access routes. Unfortunately, this does not work if you wish to visit St. Tropez because there is no train to it.

In addition to the mainline, there are two scenic branch lines – from Nice to Cuneo and Nice to Digne. In addition, there is a branch line from Cannes to Grasse, which is especially convenient for people who wish to avoid driving into Cannes.

There is no unified bus network. Rather there is a hodgepodge of routes and information can be hard to come by on the internet. Probably the best place to start is at Envibus.

The Riviera makes much of its living through tourism, thus people are generally willing to communicate in English – particularly in the most touristy areas.

Indeed in the foreign bars and restaurants, the waiters and sometimes the managers are native English speakers.

However, service tends to be better if you try to use French. If it is really fractured then quite often people will take pity on you.

Criminals prefer to pick on tourists because tourists are usually relaxed and not expecting anything. Avoiding being a victim is generally as simply paying attention to what you are doing, locking your car while you are in it and not flaunting your valuables.

This can take the fun out of the holiday but on balance it is probably even less fun to be a crime-victim!