The Boston Harbor Islands are a group of small islands in Massachusetts that are a part of the United States National Park System. During the summer season, the islands are open to public daily from 9 AM until sunset.

During spring and fall seasons, the islands are open on an abbreviated schedule.

Note: Pets are not allowed on the islands. 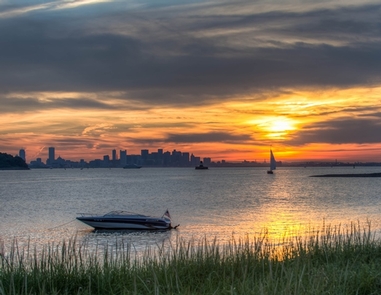 Things To Do & See

The typical island looks like rounded hills that form under glaciers. Some of the smaller islands are based on rocky outcroppings. The larger islands have a variety of landscapes—deciduous trees and thickets of bushes, salt marshes, bluffs, cliffs and, of course, beaches and waterscapes, including lighthouses.

Many of the islands have trees, with some having been planted for shade in recent years. Native plants such as bayberry and beach plum are abundant. Decorative flowers are planted so as not to disturb possible archeological sites.

Many marines and migrating birds are found on the islands.

Special park boats take passengers with reservations from three mainland locations in Boston. Call them directly at  +1 617 223-8666 to find out more information about the tour, timing, cost, and pick-up/drop-off location. 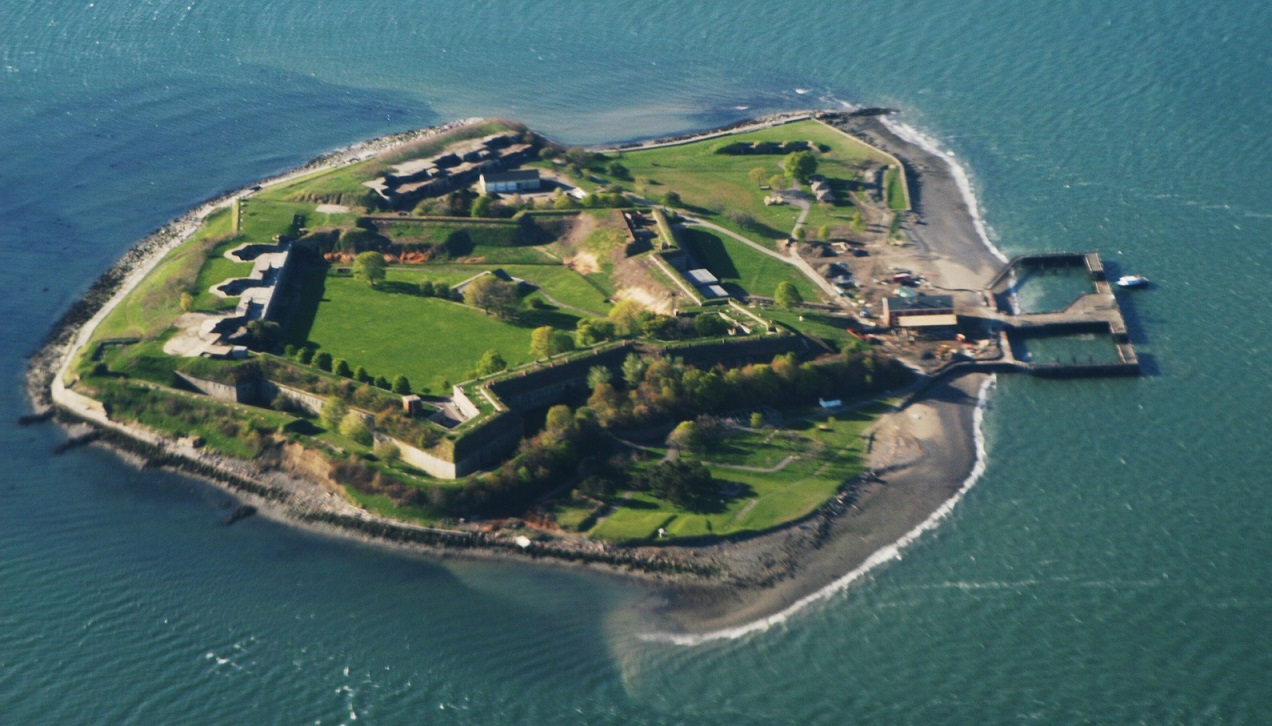 No entrance fee but without your own boat, you will need to get ferry tickets to reach the islands.

Day-use permits are required for groups of 25 or more.

Getting to Boston Harbor Islands

Some of these Boston harbor islands are really peninsulas, so you get there by car. Keep in mind that there is limited parking space at Deer Island, Nut Island, Webb Memorial Park, and World’s End. World’s End has an entrance fee. Always, keep some cash handy.

For directions, simply use Google maps or GPS and type in the island names.

Note: Long and Moon Islands are accessible by land but are not open to the public. Access is restricted by a police guard station at the mainland end of the causeway connecting them to the Quincy neighborhood of Squantum.

Ferries run from four mainland locations to George’s Island. Shuttles run a loop between George’s and Hull to Lovells, Peddocks, Bumpkin, and Grape Islands. Daily ferry service is available from Long Wharf, Boston to Spectacle Island, and on Sundays, only a loop runs from EDIC Pier in South Boston to Thompson and Spectacle Islands. 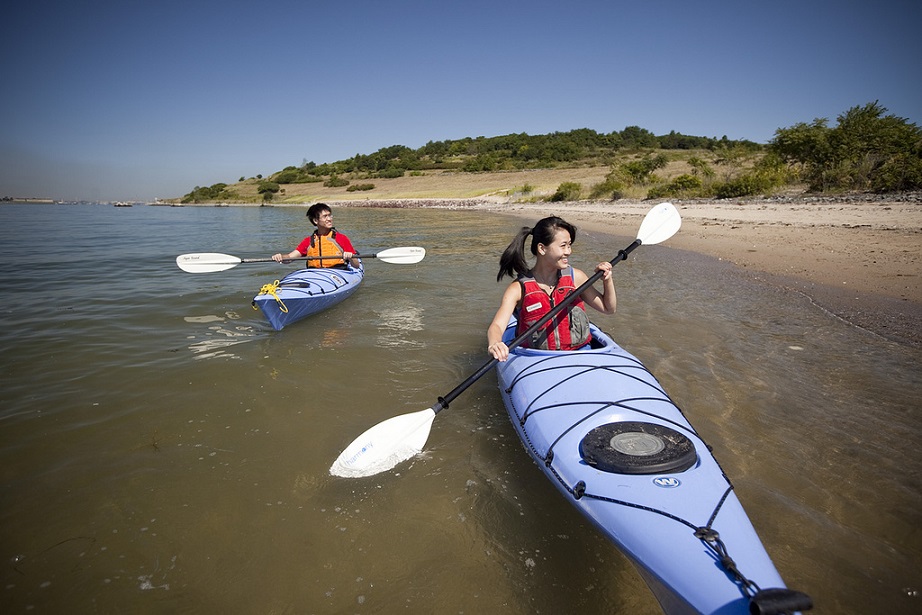 Sea kayaking is excellent here, but aware that very large ships use the channel areas.

Once you get to these islands, walk the trails and beaches. Georges and Peddocks islands have paved walkways suitable for strollers. Please keep in mind, vehicles are not allowed on the islands. Also, bicycle riding and rollerblading are not permitted.

Refreshment concessions are available on Georges Island and Spectacle Island.

Carry water. Occasionally, there may be beer tastings on George’s Island in the afternoon.

Camping is available on three of the islands: Grape, Bumpkin, and Lovells. The season runs from late June and ends Labor Day weekend. Reservations are required and can be made online or call toll-free: +1-877-422-6762. Reservations are not site specific; an island ranger will assign you a campsite or area at check-in. Campers and camping equipment are limited to 14 cumulative days of occupancy.

In addition to transportation costs, camping fees (all prices are per night, four-night maximum stay, 2017):

Limited facilities are provided: composting toilets, picnic tables, and benches. Some islands have trail-side shade shelters. There are no flush toilets, showers, fresh water, electricity or telephones; and no food or camping supply stores on the islands. It is recommended that campers bring one gallon of drinking water per person per day on the island.

There is a carry-in/carry-out policy as trash receptacles are limited. Leave-no-trace camping applies.