The Bible Belt is an informal region in the southeastern and south-central United States. Socially conservative evangelical Protestantism plays a substantial role in society and politics within this region.

Christian church attendance across the denominations is higher than the nation’s average.

During the colonial period (1607–1776), the South was a stronghold for the Anglican church. Its transition to a stronghold of non-Anglican Protestantism occurred gradually over the next century due to a series of religious revival movements.

Many of the movements were associated with the Baptist denomination, which gained great popularity in the region. 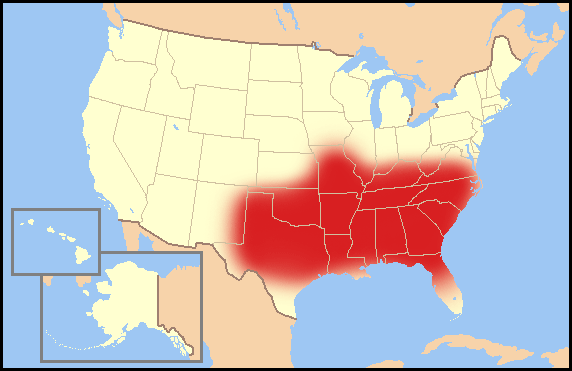 The Bible Belt contrasts the Protestantism and Catholicism which is prominent in the Northeastern United States.

In addition, the religiously diverse Midwest and Great Lakes area, the Mormon Corridor in Utah and southern Idaho, and the relatively secular Western United States contrast the evangelicalism of the Belt.

The Buckle of Bible Belt

The New England state of Vermont has the highest percentage (34%) of residents who identify as non-religious. In the Bible Belt state of Alabama, that number is just 3%.

Baptists make up 75% of the religious population in Mississippi.  Consequently, the state has the highest percentage of Baptists in the country.

Abilene, Texas is a city of 117,000. It is also the home of three Christian universities including the Baptist-affiliated Hardin-Simmons University, the Church of Christ’s Abilene Christian University, and Methodist-founded McMurry University.

Nashville, Tennessee is sometimes referred to as “the Protestant Vatican.” The city has over 700 churches, several seminaries, and a number of Christian schools, colleges, and universities.

Belmont University, Trevecca Nazarene University, Lipscomb University, Free Will Baptist Bible College and the American Baptist College are some of the Christian-affiliated schools in the city.

Jacksonville, North Carolina, and Camp Lejeune are primarily Southern Baptist. Plus, this area is politically conservative due to its large military population. Springfield, Missouri is the international headquarters of the evangelical Pentecostal Protestant denomination Assemblies of God and home to their school, Evangel University.

In a 1961 study, Wilbur Zelinsky delineated the region as the area in which Protestant denominations, especially Southern Baptist, Methodist, and Evangelical, are the predominant religious affiliation. The region thus defined included most of the Southern United States.

Also, Texas and Oklahoma, states south of the Ohio River, and Central West Virginia to southern Virginia are part of the Belt. In addition, the Bible Belt covers most of Missouri and Kentucky and southern parts of Illinois, Indiana, and Ohio.

On the other hand, there are areas in the South excluded from the Bible Belt. The heavily Catholic Southern Louisiana, central and southern Florida and the overwhelmingly Hispanic South Texas are not within the Bible Belt.

Florida is excluded because immigrants and Americans settled the state from elsewhere in the country without a strong religious affiliation.

Furthermore, a study by the American Bible Society surveyed the importance of the Bible in the metropolitan areas of the United States. The report was based on 42,855 interviews conducted between 2005 and 2012.

There are two major regions within the Bible Belt, the south-eastern and southern.

The Eastern region of the belt stretches from Florida to North Carolina, and into Virginia.

In addition to the South, there is a smaller Bible Belt in West Michigan. The belt centers on the heavily Dutch-influenced Holland and Grand Rapids.

Further Reading: The Unchurched Belt refers to a region in the far Northwestern United States that has low rates of religious participation. The term derives from the “Bible Belt” and the notion of the “un-churched.”

Unchurched Belt refers to a non-religious region in the far Northwestern United States that has low rates of religious participation. The term derives from the opposite spectrum of the Bible Belt in the southeastern US.

The term was first applied to the West Coast of the United States in as early as the 1980s when several independent surveyors found that California, Oregon, and Washington had the United States’ lowest church membership rates.

Since 1980, however, California’s church membership rate has increased slightly but as a whole, the west coast is more new-age (Universalism and Humanistic) than conservative Christian. 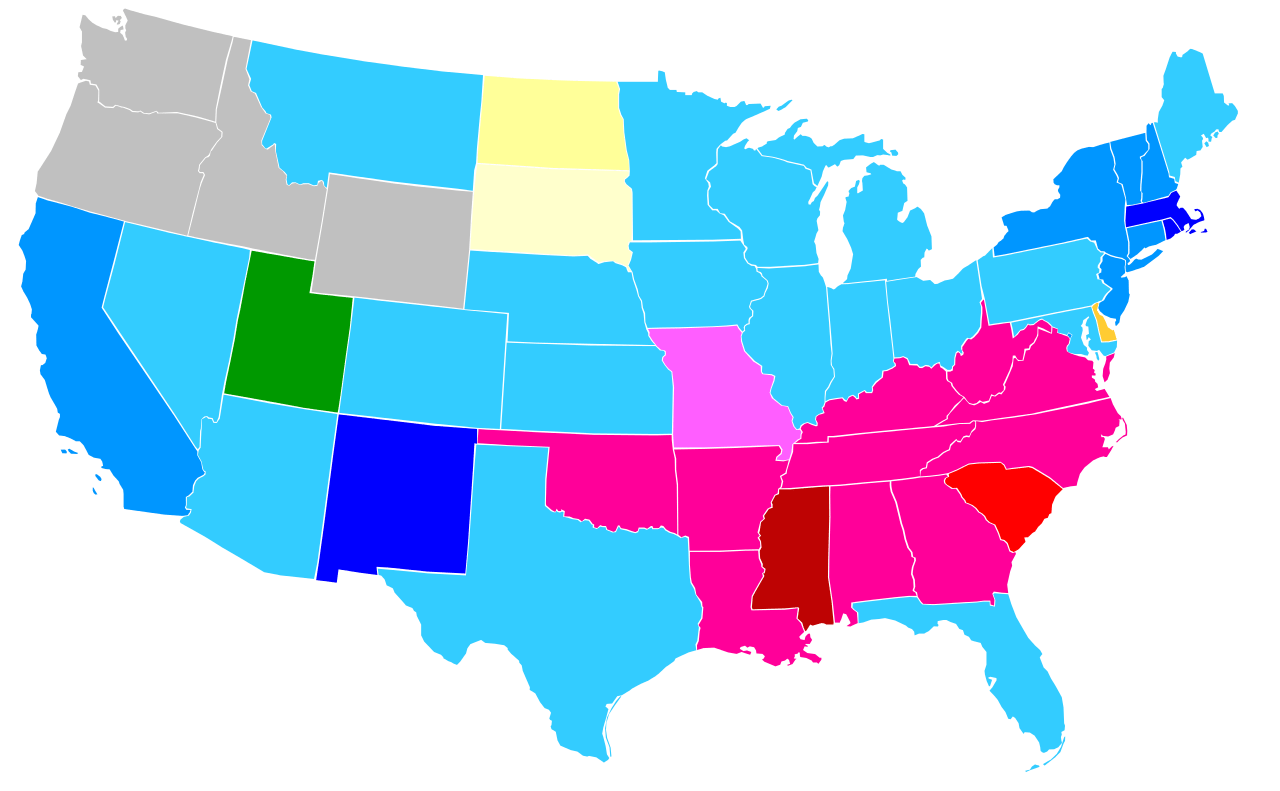 Other states and provinces that have the lowest rate of religious adherence in North America are:

Sometimes back, a Gallup poll reported that the lowest rates of church attendance among the 48 contiguous states were in the New England states of Connecticut, New Hampshire, Vermont, Rhode Island, Massachusetts, and Maine.

A 2008 Gallup poll comparing belief in God among U.S. regions found that only 59% of residents in the Western United States believe in a god, compared to 80% in the East, 83% in the Midwest, and 86% in the American South.

A 2011 Gallup poll showed that when it comes to the number of people seeing religion as important in everyday life, New Hampshire, and Vermont were the least religious.

There has been debate as to whether the Western United States is still the most irreligious part of the United States, due to New England surpassing it as the region with the highest percentage of residents unaffiliated with any religion.

On a state level, it is not clear whether the least religious state resides in New England or the Western United States.

Perhaps the shift of “No religion, Atheist, or Agnostic” has occurred on both coasts with an increasing urban settlement, immigration, and higher diversity.

In conclusion, if you are a non-religious type, Vermont, New Hampshire, or Oregon is your best places to retire.

If you are a new-age kind of person (i.e. spiritual but non-religious) then West Coast (Washinton, Oregon, or California) is your place.