7 of the Most Unique Places to Visit in Australia

Australia is full of exciting things! It’s true, there is nowhere else quite like Australia, the only country that has a whole continent to itself. This amazing country has it all, vibrant cosmopolitan cities, stunning scenery, the crazy outback and more.

But what if you’ve done the traditional stuff and you’re looking for something a little off the wall?

Well, Australia has plenty of that too. Check out one or more of these awesome, unusual, and unique destinations for something
a little different and adventurous! After all, you are in Oz, the Down Under!

If it’s weird you’re looking for the town of Coober Pedy; don’t worry, it is right up your street. This remote town is located roughly 6-8 hours drive from Port Augusta with almost nothing in between. making it one of the most remote towns in Australia.

Coober Pedy was originally built as a settlement for miners working in the local opal mine. But today it is one of Australia’s most popular tourist destinations. Blisteringly hot during the day, most of the houses are built underground to shelter from the intense heat.

This gives the town an almost futuristic feel as though you’ve just been transported onto the set of the latest Star Wars movie. 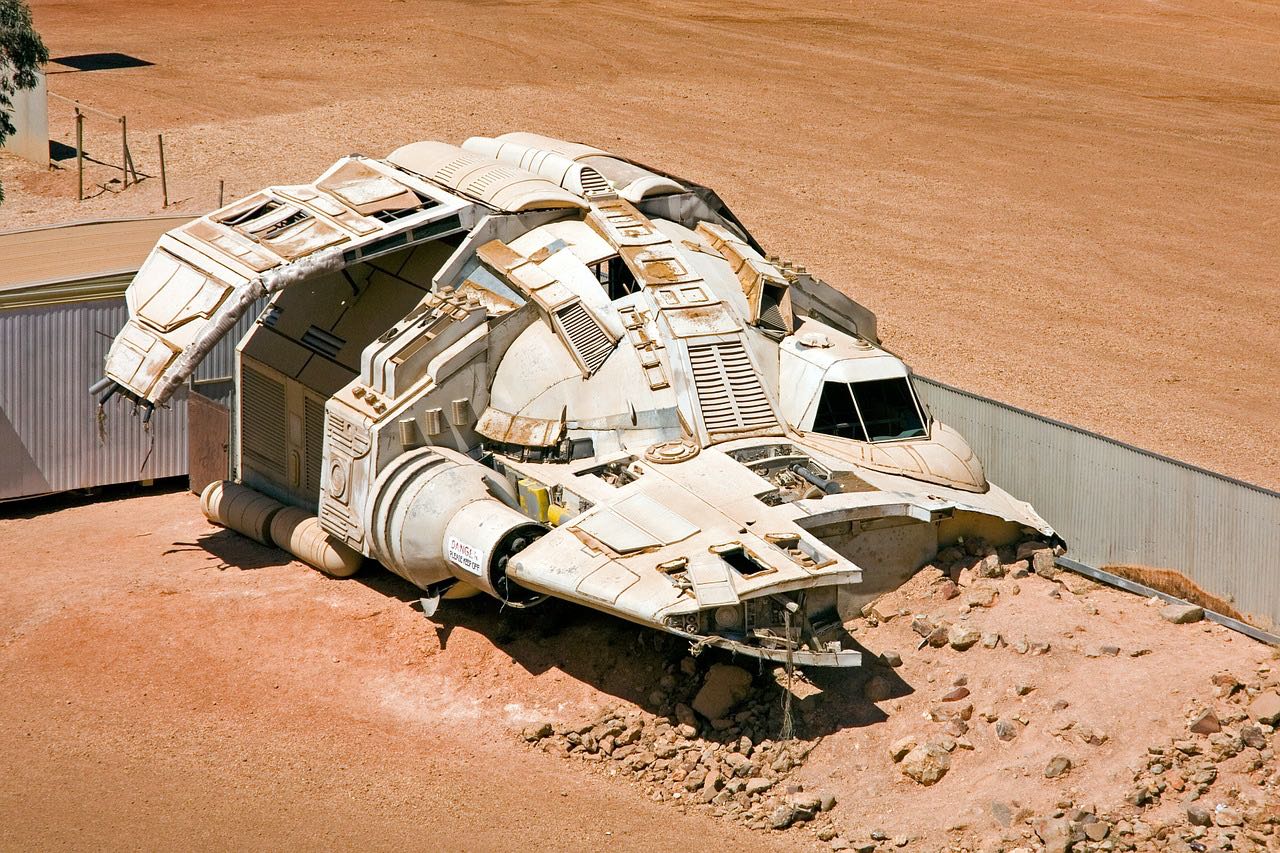 If that’s not enough, there is also a golf course, although it’s not like any golf course you’ve seen before. There is no grass and it can only be played at night when it’s cool enough.

Fun Fact: There are other weird things to see here too. As you enter the town you’ll pass a soul tree made from scrap metal, there’s a house in town decorated in women’s underwear and the world’s only underground gaming room is also located here.

The land surrounding the settlement is also pretty unique.

An hour’s drive away is the dystopian landscape of Moon Plains which was used in the films Mad Max 3 and Priscilla Queen of the Desert.

The Devils Marbles are certainly one of the strangest things to see in the Northern Territories. Essentially they are just a pile of rocks stacked on top of each other in the desert. But they are not man-made, they were formed by millions of years of wind erosion to form a unique piece of natural sculpture. 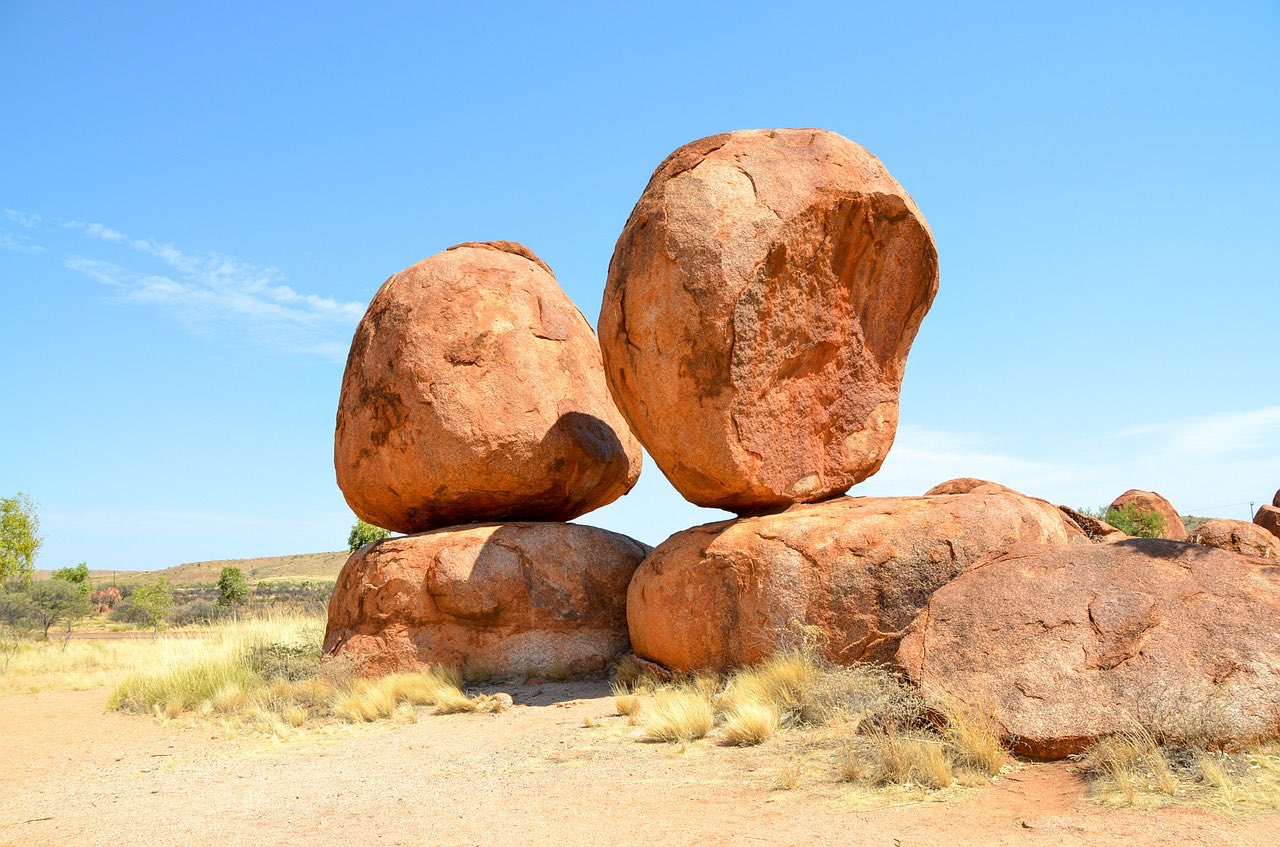 The Devils Marbles are conveniently located close to Darwin, making them the perfect stopping off point if you are heading from Alice Springs to Darwin or Adelaide to Darwin.

The best time to visit is sunset when you’ll capture some truly breathtaking photos as the stones change color in the setting sun.

Well, not really a hidden gem (since it’s popular all over the world) but is it unique? Definitely so.

The Great Ocean Road is one of the world’s great scenic drives. Not just that, it’s a major coastal highway in the South West Coast region of Victoria, Australia. 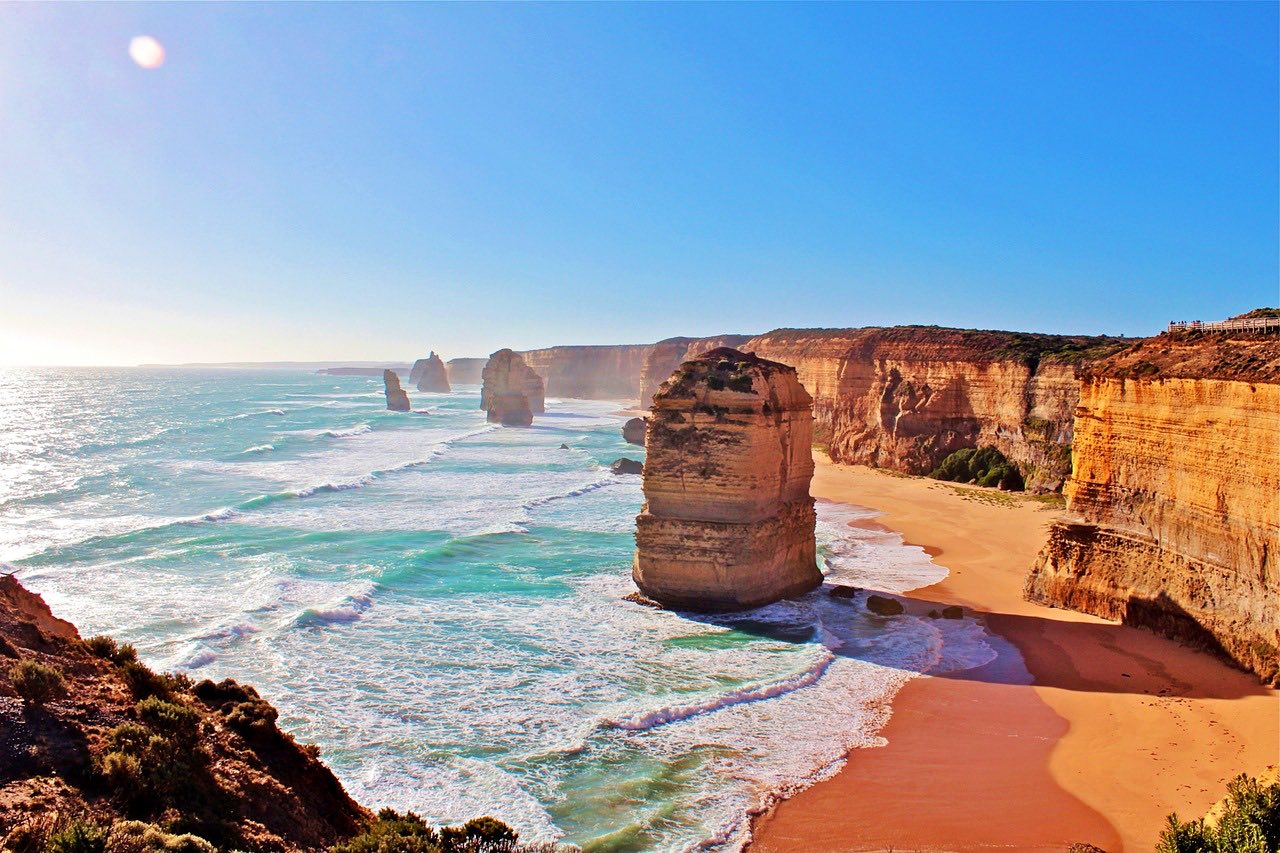 Note that none of the other states of Australia do not have their coastal roads as well situated as this one – with either the views, the access, or the length and variety of environments.

To travel from Melbourne along this route is an experience that has a lasting impact on most travelers.

Located in Victoria, Wilson’s Promontory National Park is home to Squeaky Beach. As its name would suggest, is a sandy beach which squeaks underfoot. Think about that! Or better yet, close your eyes and imagine! 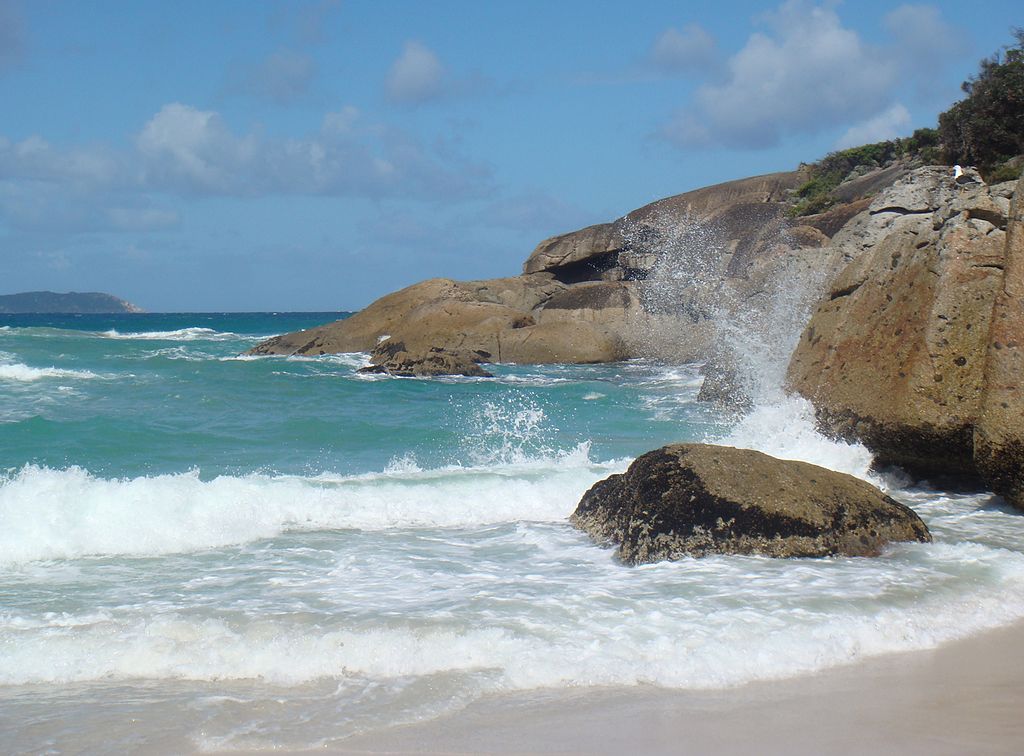 The unique sound is created by rounded grains of quartz in the sand which makes a squeaking sound when they rub together. Walking on the beach is a truly unique experience and one you won’t be able to recreate anywhere else.

Squeaky Beach is located in Victoria around 3 hrs drive from Melbourne.

It is best to visit by car because there are no direct train or bus services. However, you could take the train from Melbourne to Morwell and then grab a taxi to Squeaky Beach. The journey should take no more than 3.5 hrs.

Uluru-Kata Tjuta National Park is a park in the southern portion of the Northern Territory of Australia, part of the so-called Red Centre of the continent. The National Park is a UNESCO World Heritage area. It is best known for Uluru, a single massive rock formation, and also for Kata Tjuta (“the Olgas”), a range of rock domes.

Note: Visitors should note that the National Park contains both the Uluru Rock and Kata Tjuta. The park closes at night has few services and no accommodation or camping. Yulara is the resort town that contains all the services for the area.

Uluru and Kata Tjuta are considered sacred places by the Aboriginies. The land is owned by the Anangu, leased by the government, and jointly managed by the Anangu tribe and the Australian parks and management services. 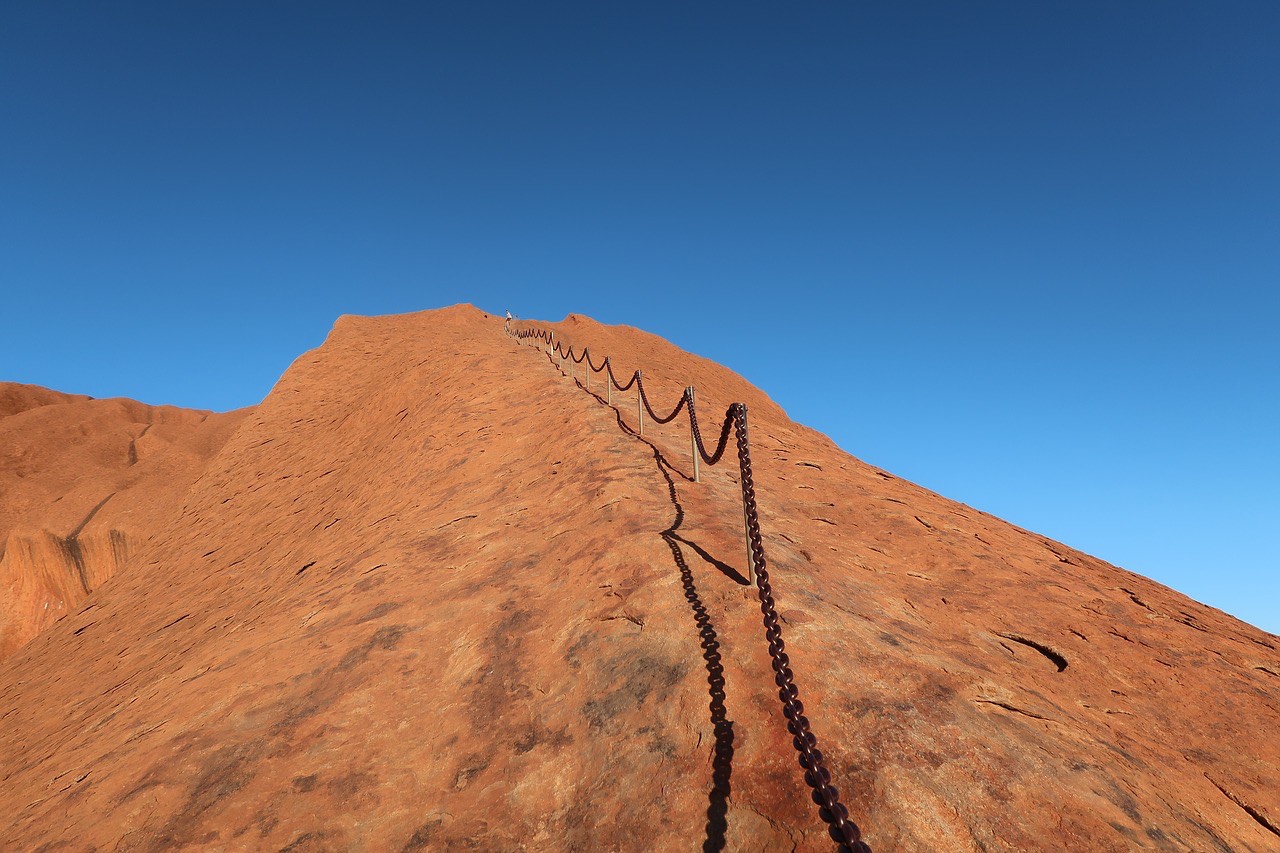 Visitors will notice efforts throughout the area to include and encourage respect for the Anangu perspective on the land.

Much of Kata Tjuta is off-limits, for example, and climbing Uluru is strongly discouraged by sign-posts. Also, please note that climbing Uluru will be no longer allowed from October 2019.

Hahndorf is a little piece of Germany in the Adelaide Hills. Founded by German immigrants in 1839 the town looks and feels like a traditional German settlement transplanted from Bavaria.

There are German cafes serving traditional German food, the main street is lined with German-themed shops and you can even sample some locally produced Riesling.

Hahndorf is pretty unique and not all that well known, so you will surely have some stories to tell when you get back home. The town is located just a short distance from Adelaide along the Metro 864 bus route.

The local light rail system also passes through the town so unlike the other attractions on this list, it’s pretty easy to get to.

Located in the Nambung National Park; the Pinnacles were virtually unknown until 1967 but are one of Western Australia’s most visited attractions today. Formed by the fragments of seashells millions of years ago, there is still some debate about how these natural rock creations came to be located here. 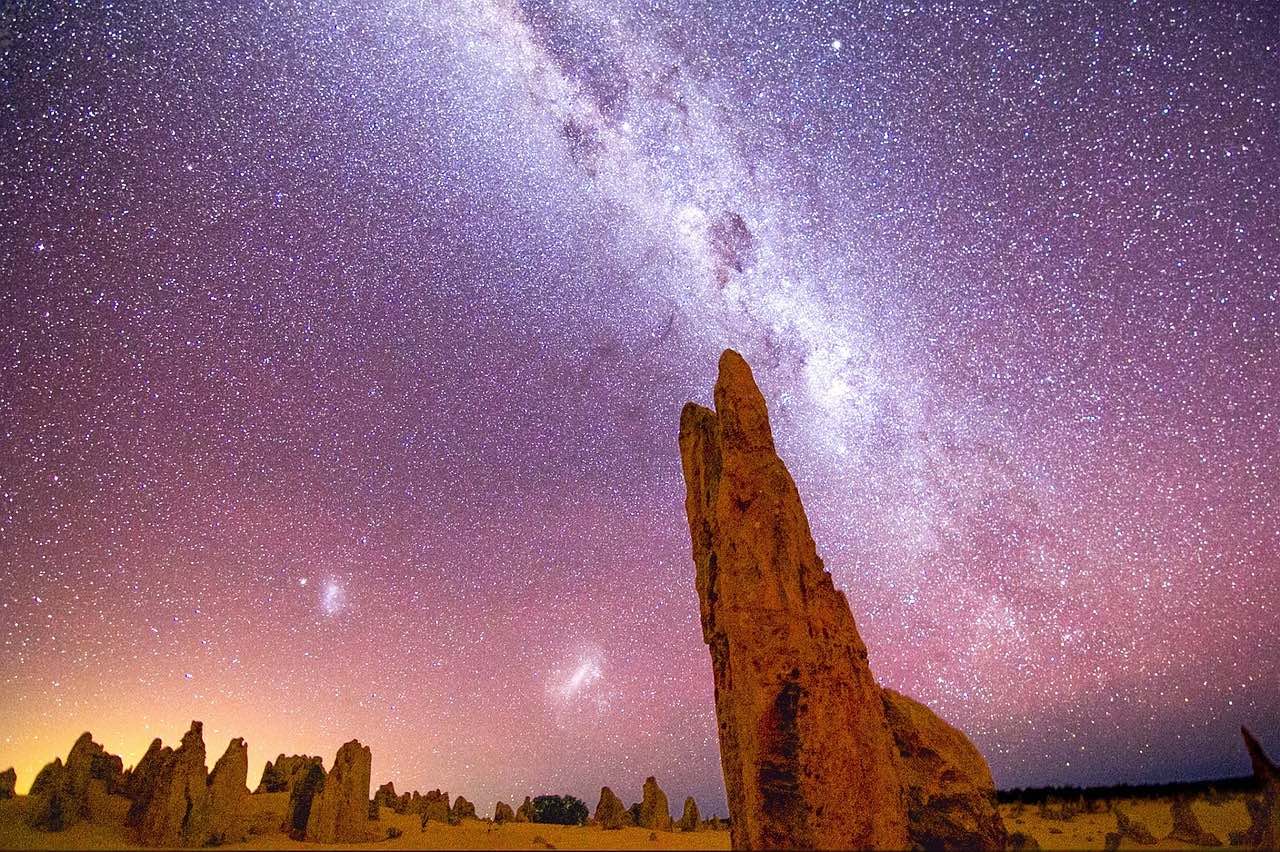 Getting to the Pinnacles is pretty easy, they are located approximately 2.5 hrs drive from Perth along the beautiful Indian Ocean Drive. The nearest town is Cervantes which is famous for its delicious lobster and seafood dishes making it the perfect place to stop for lunch.

The best time to visit is between July and October when you’ll get to enjoy the local landscape filled with the blooms of spring. 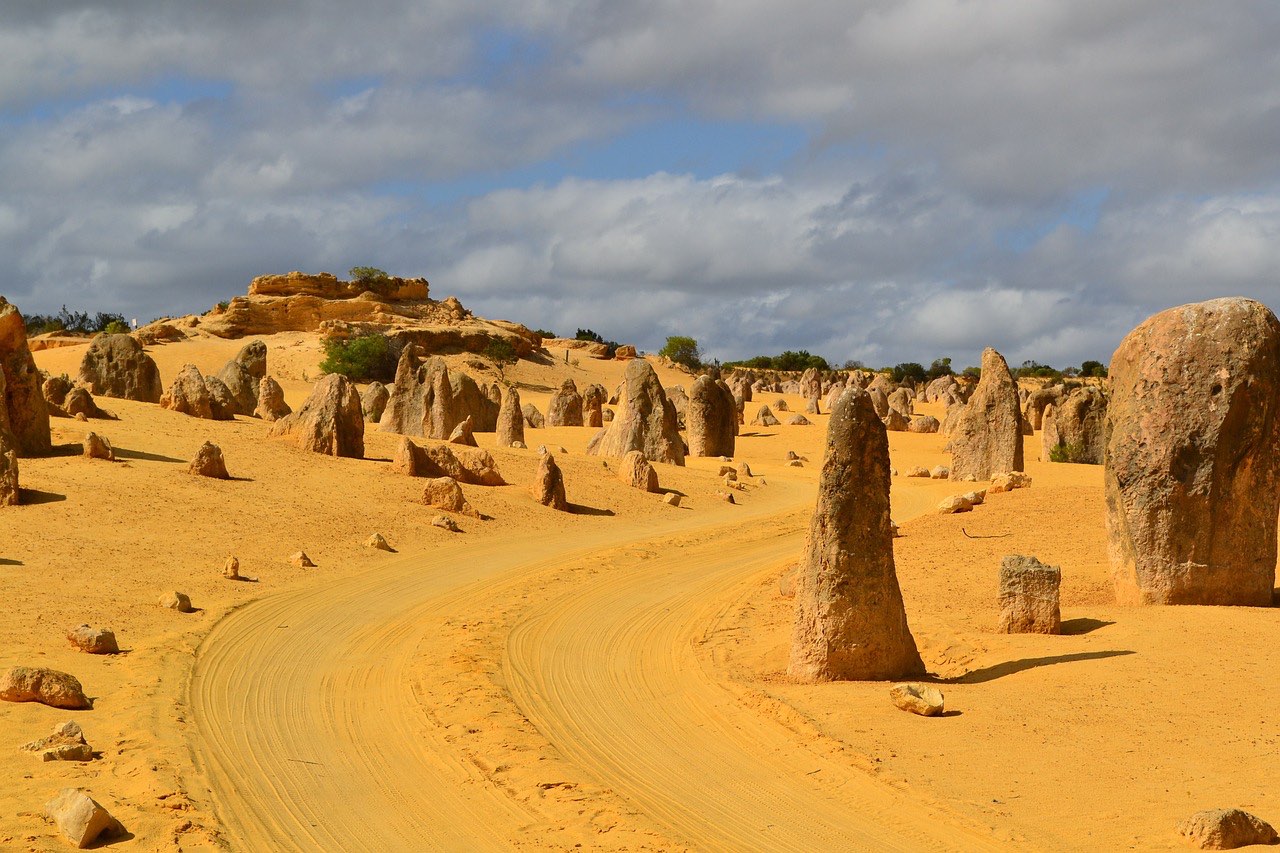 So if you’re looking for something a little out of the ordinary, these can be few of the unique places to visit (other than the Sydney region and the Great Barrier Reef), which everyone goes to (and you should too).

What we are trying to say is Australia has no shortage of unique and other-worldly spots. But a quick word of warning, venturing into the bush is not for the fainthearted, so it is wise to ensure you have an adequate travel insurance policy in place before you set off.

A good travel insurance will not only provide cover if one of your party becomes sick or injured but it will also cover your rental vehicle excess. When traveling internationally, having travel insurance will allow you to enjoy your holiday without having to worry about any unforeseen bills.